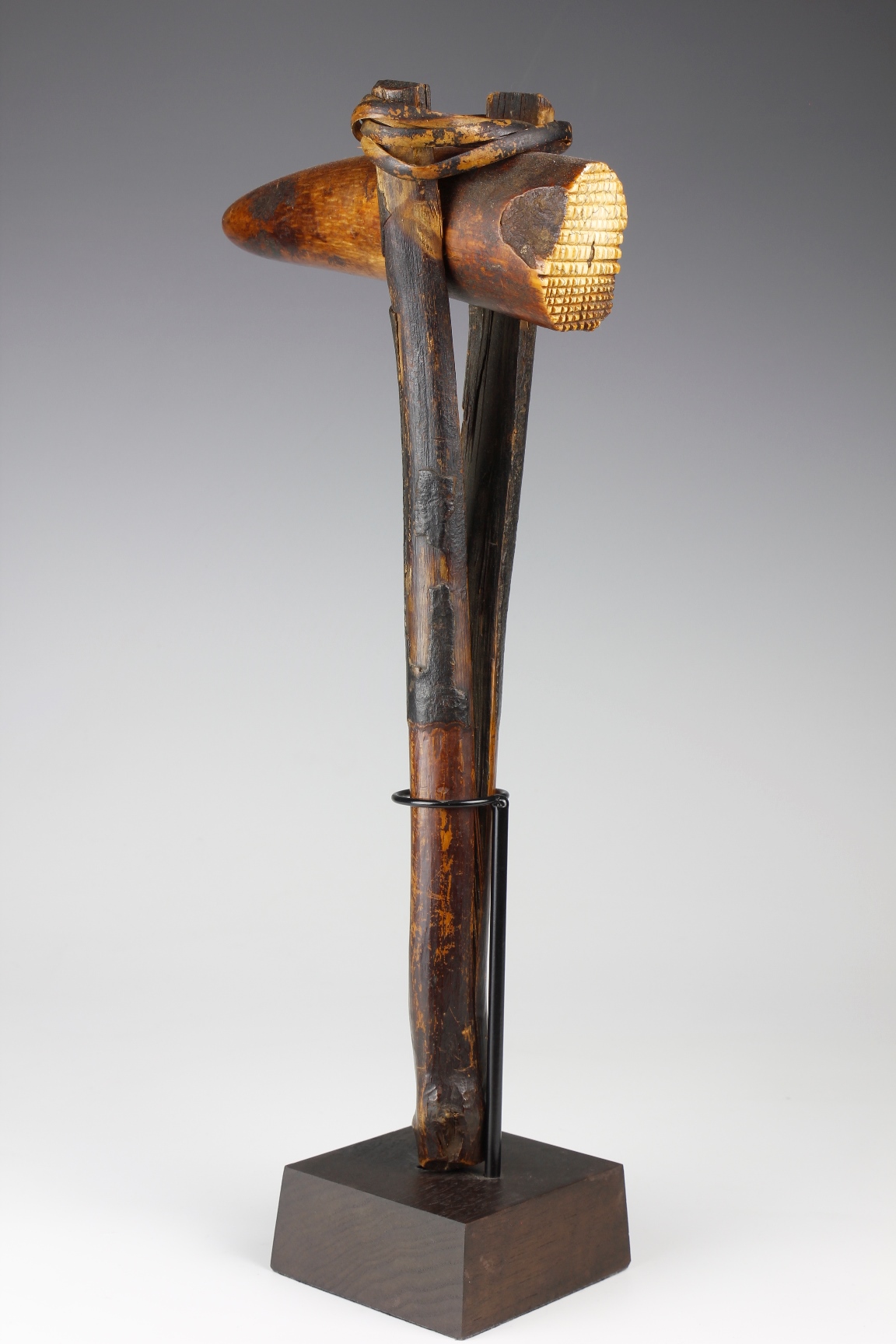 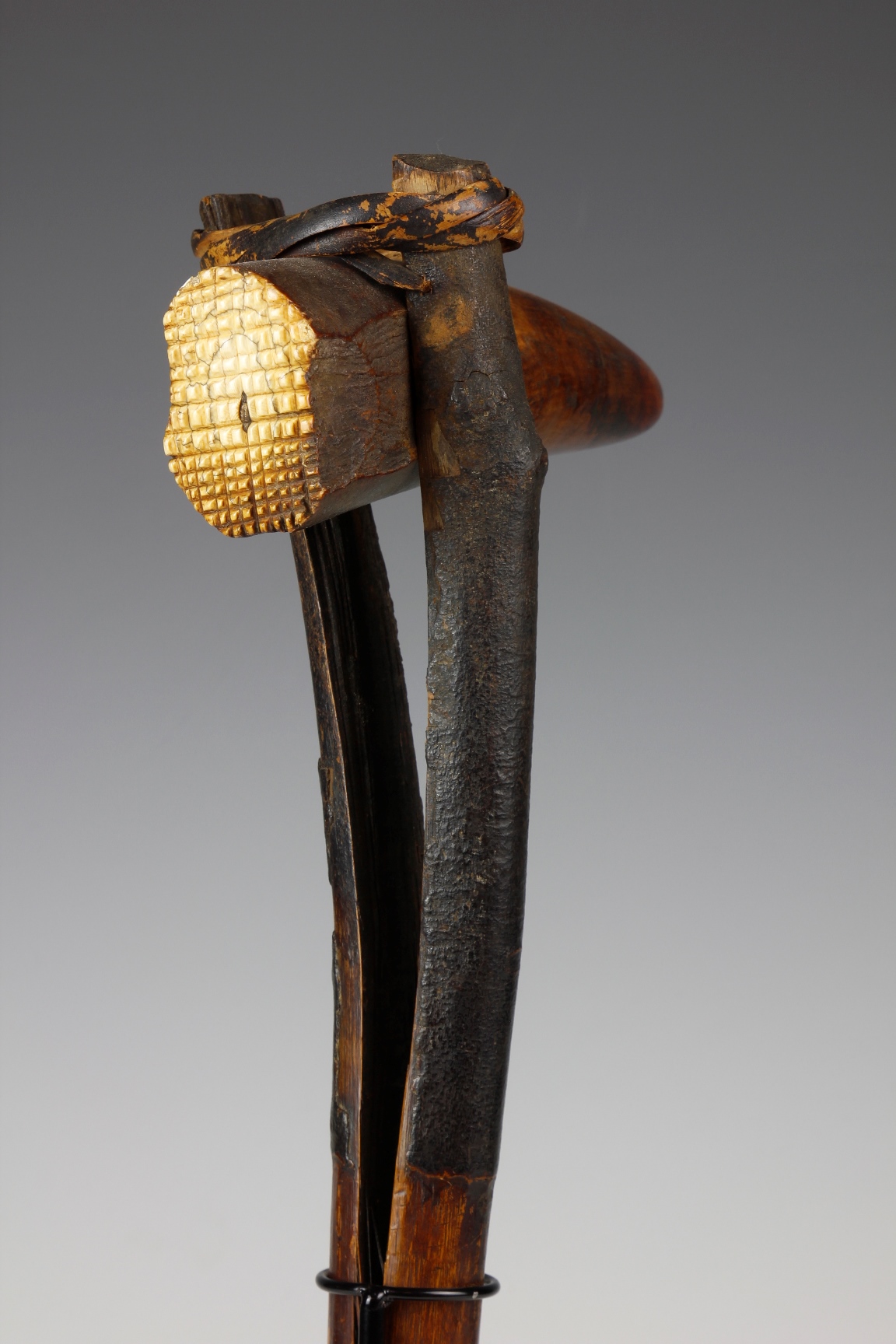 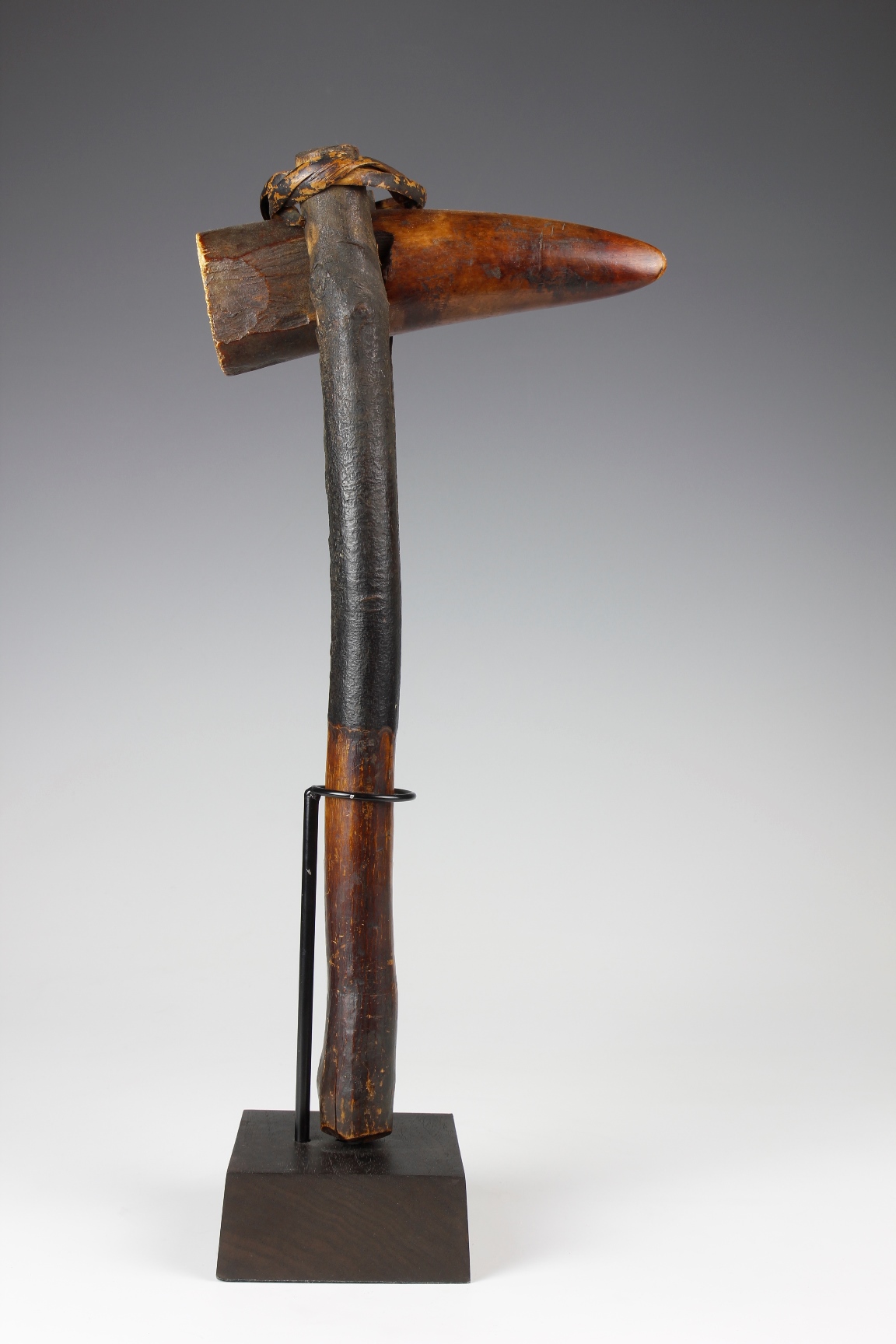 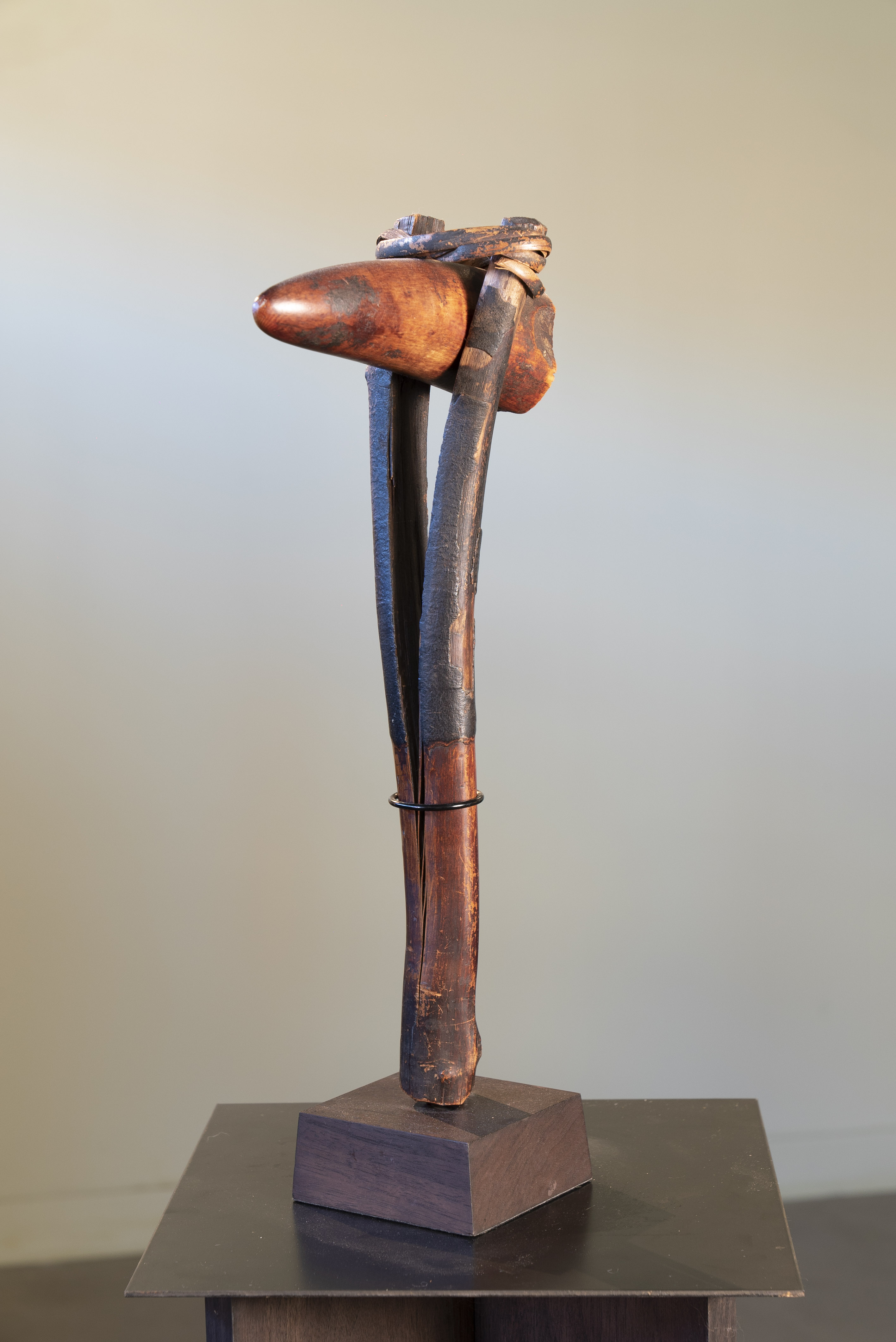 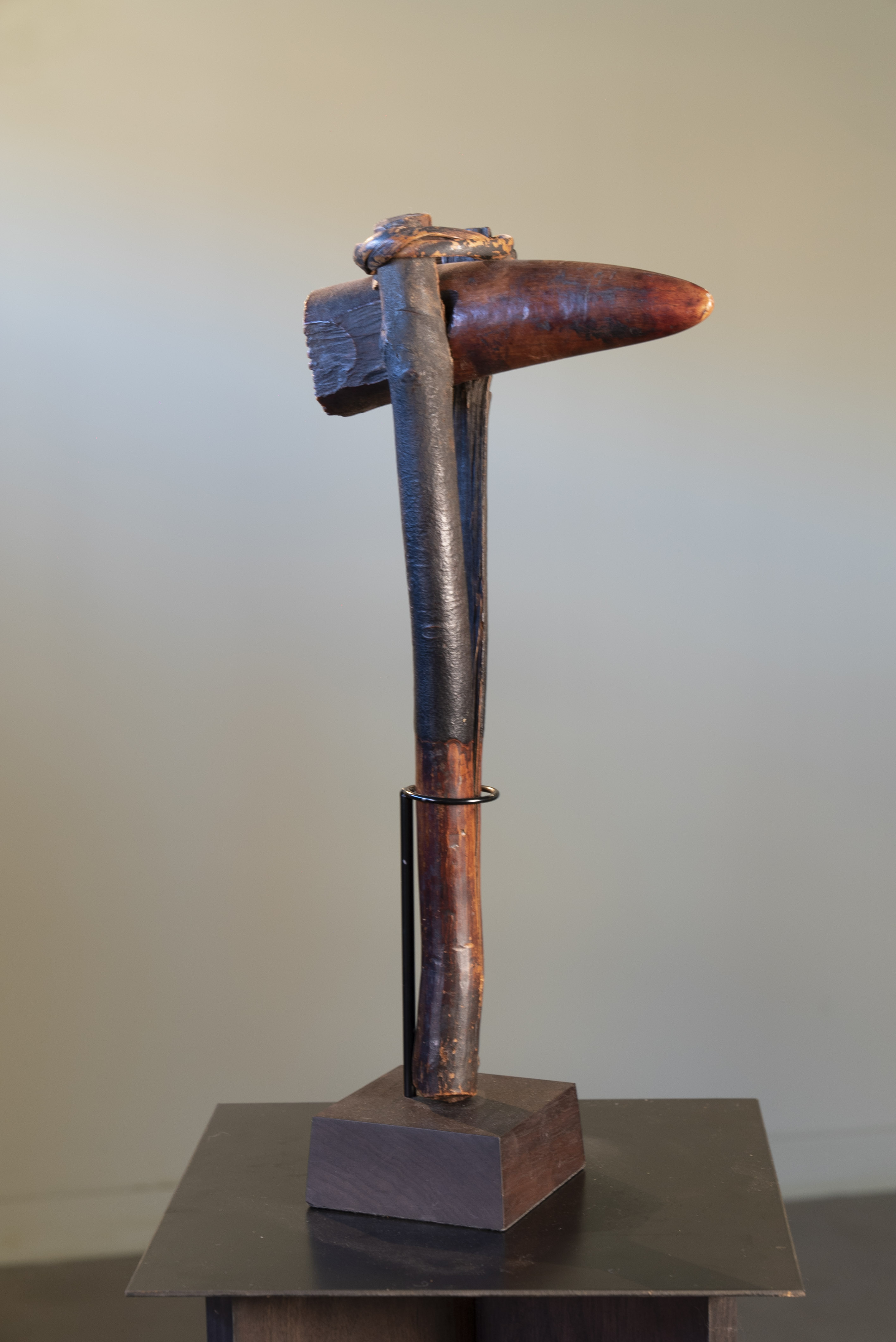 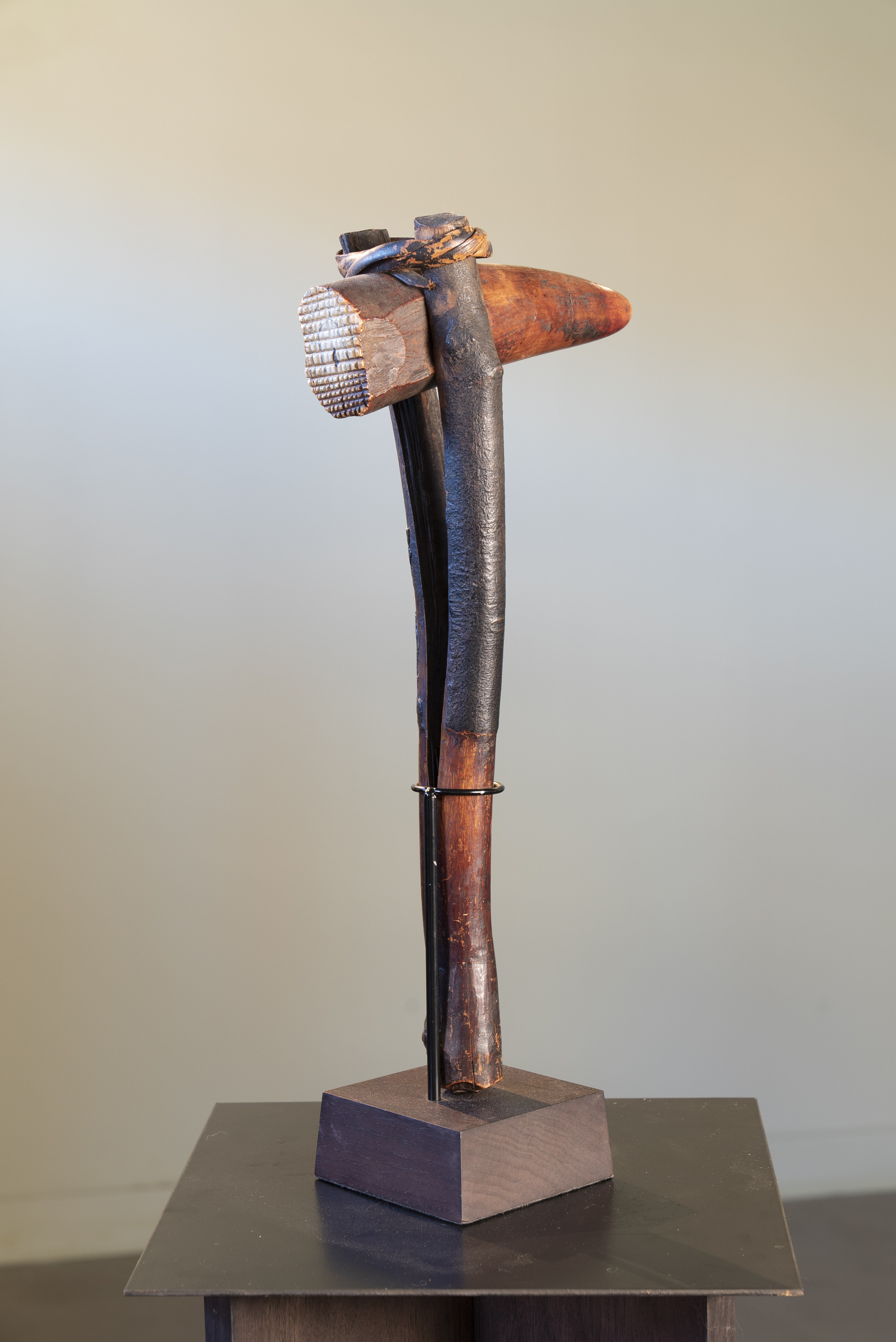 This Pygmy tool with wonderful zoomorphic features would have been traditionally used to beat bark cloth. The beater is bound at the top with twine, and consists of a carved wooden handle - split at one end - with a wedged-in hippopotamus tooth 'head'.

Adorning the back of the 'head' of the tool, used for indenting and flattening the bark, are a series of criss-cross markings 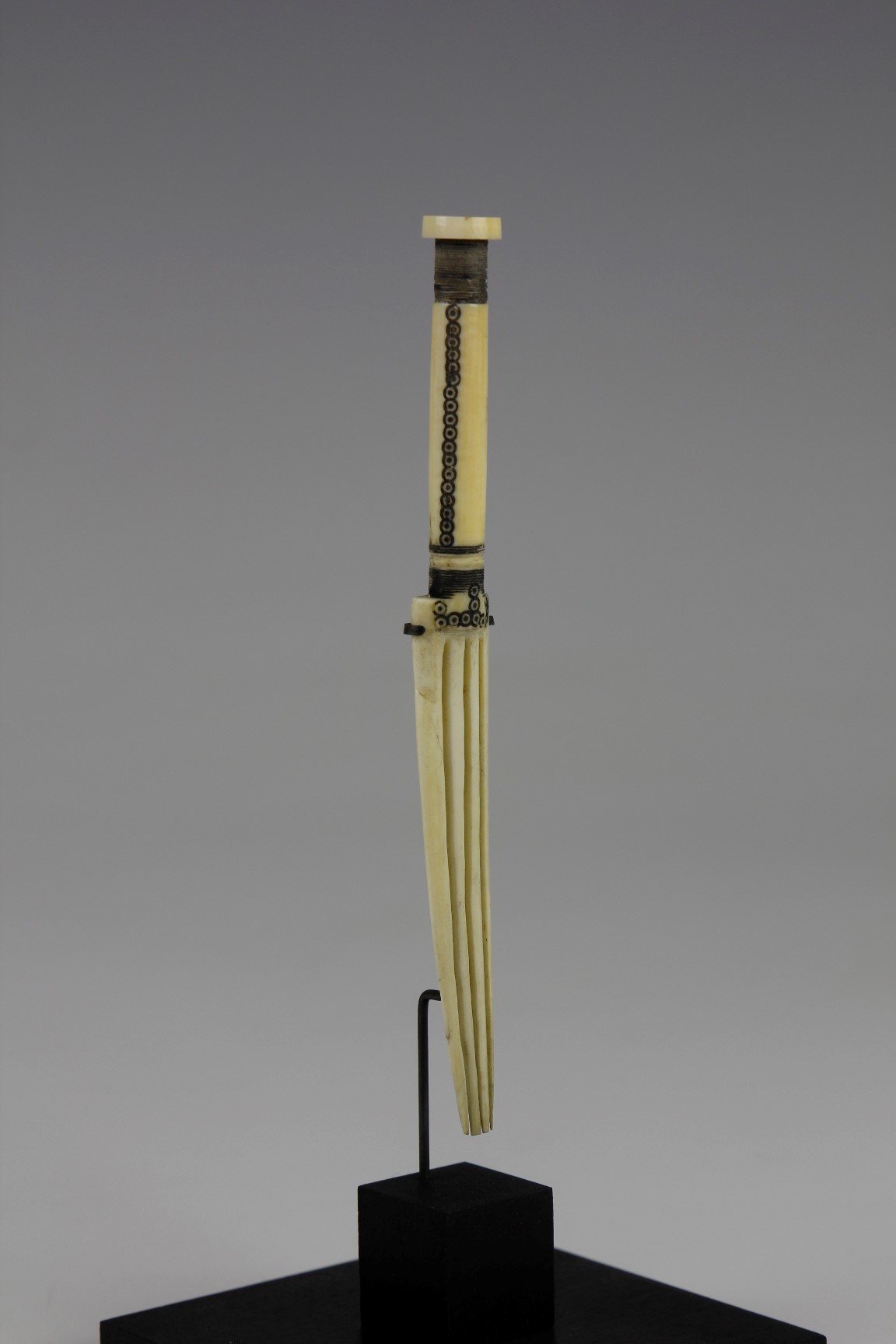 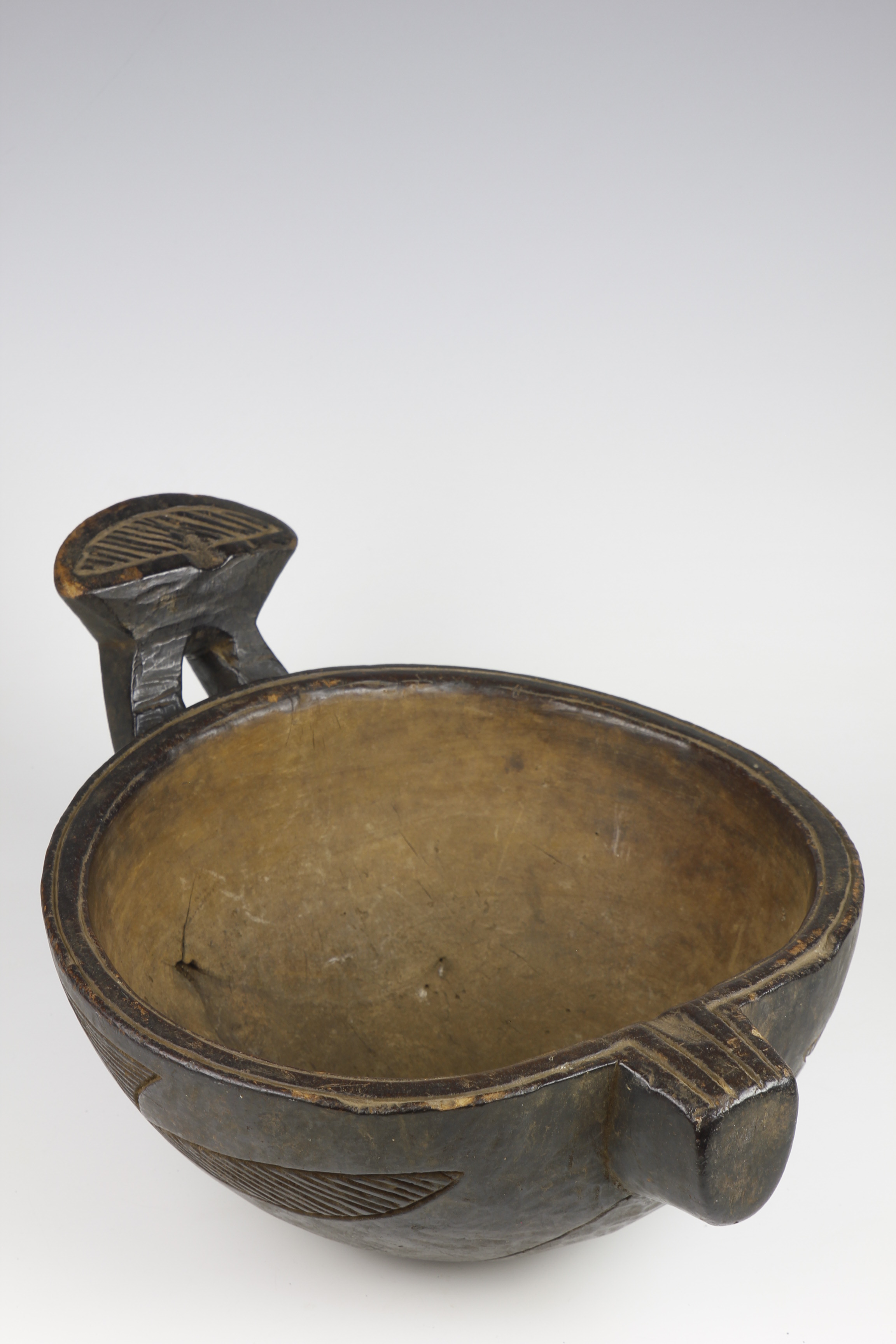 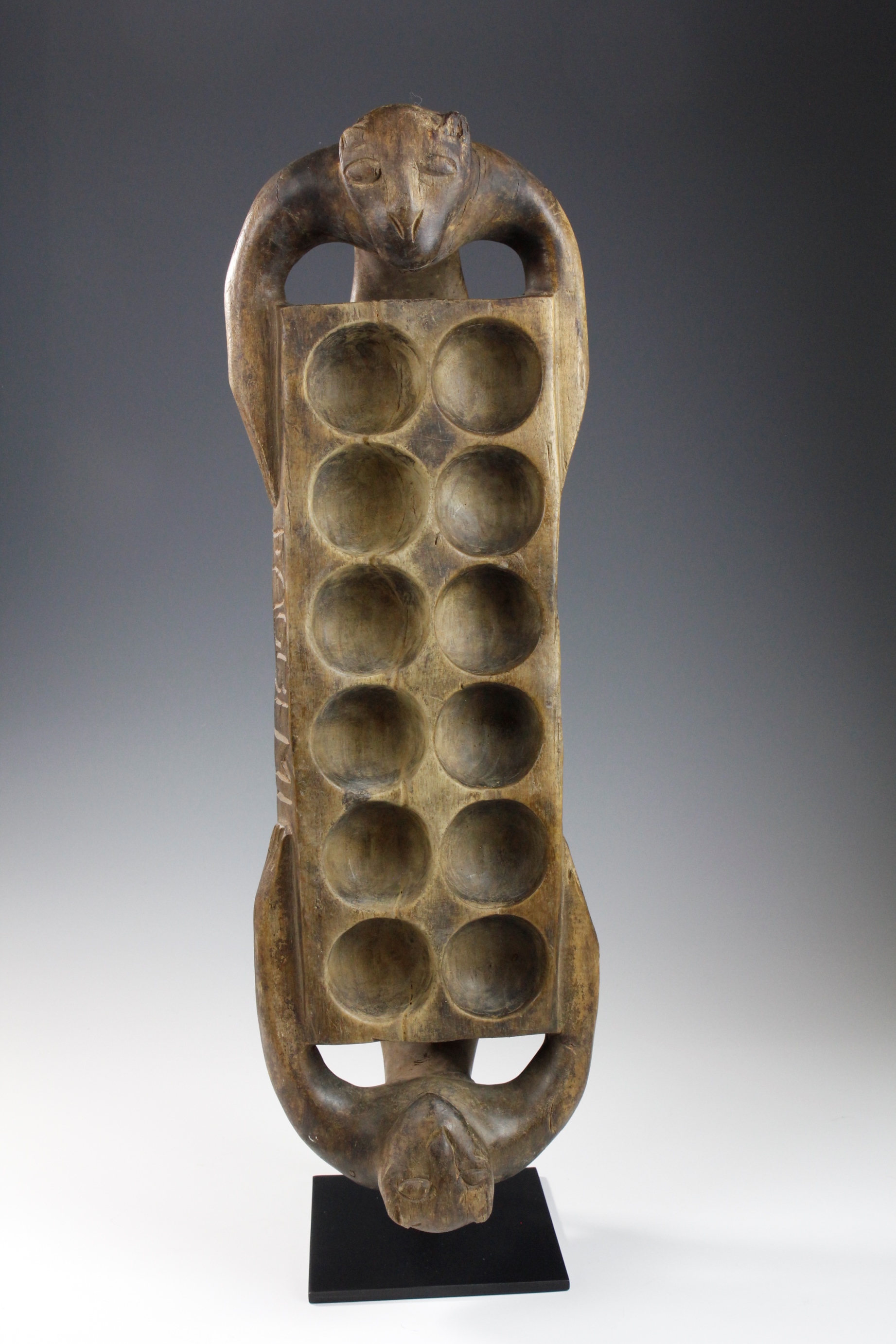 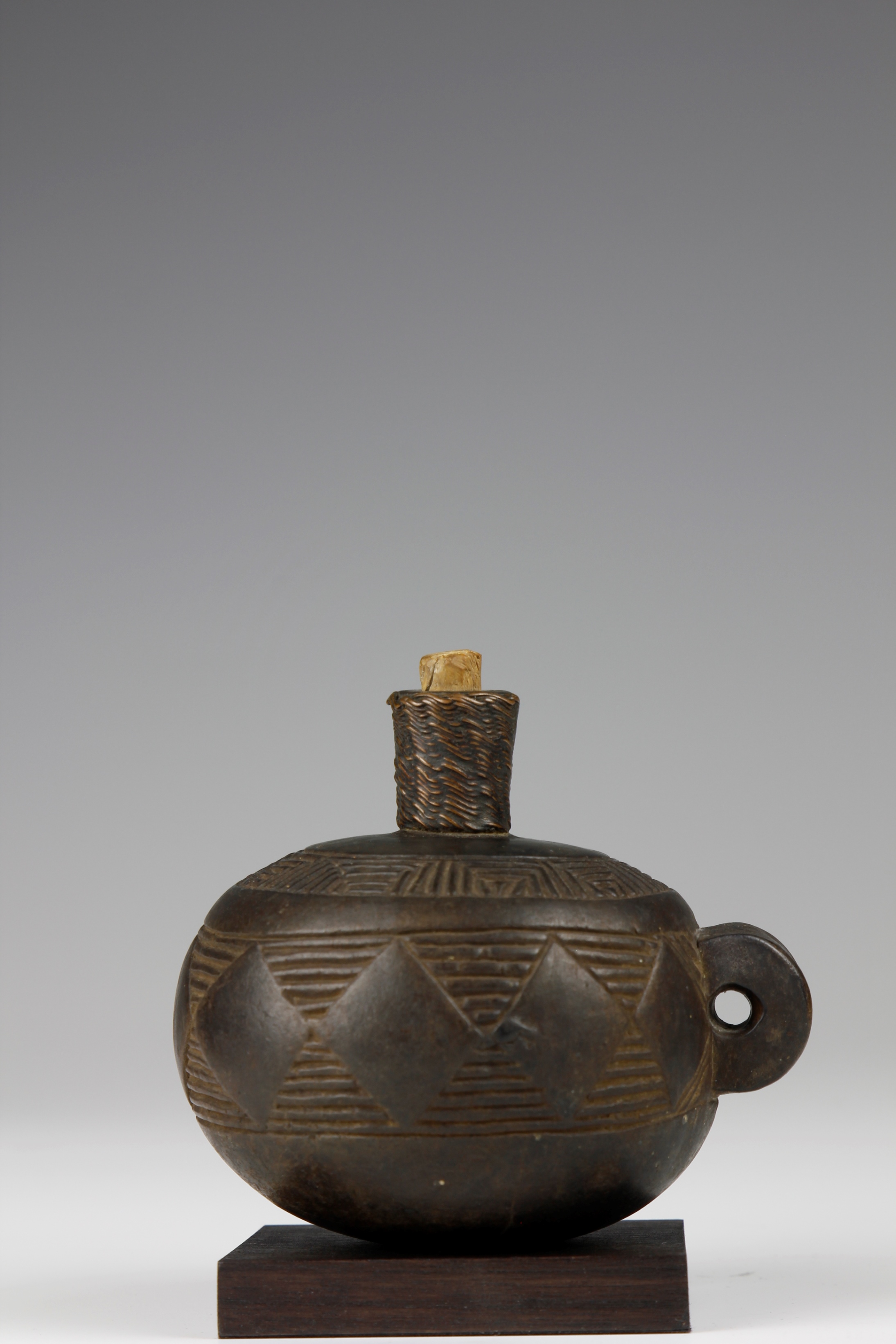