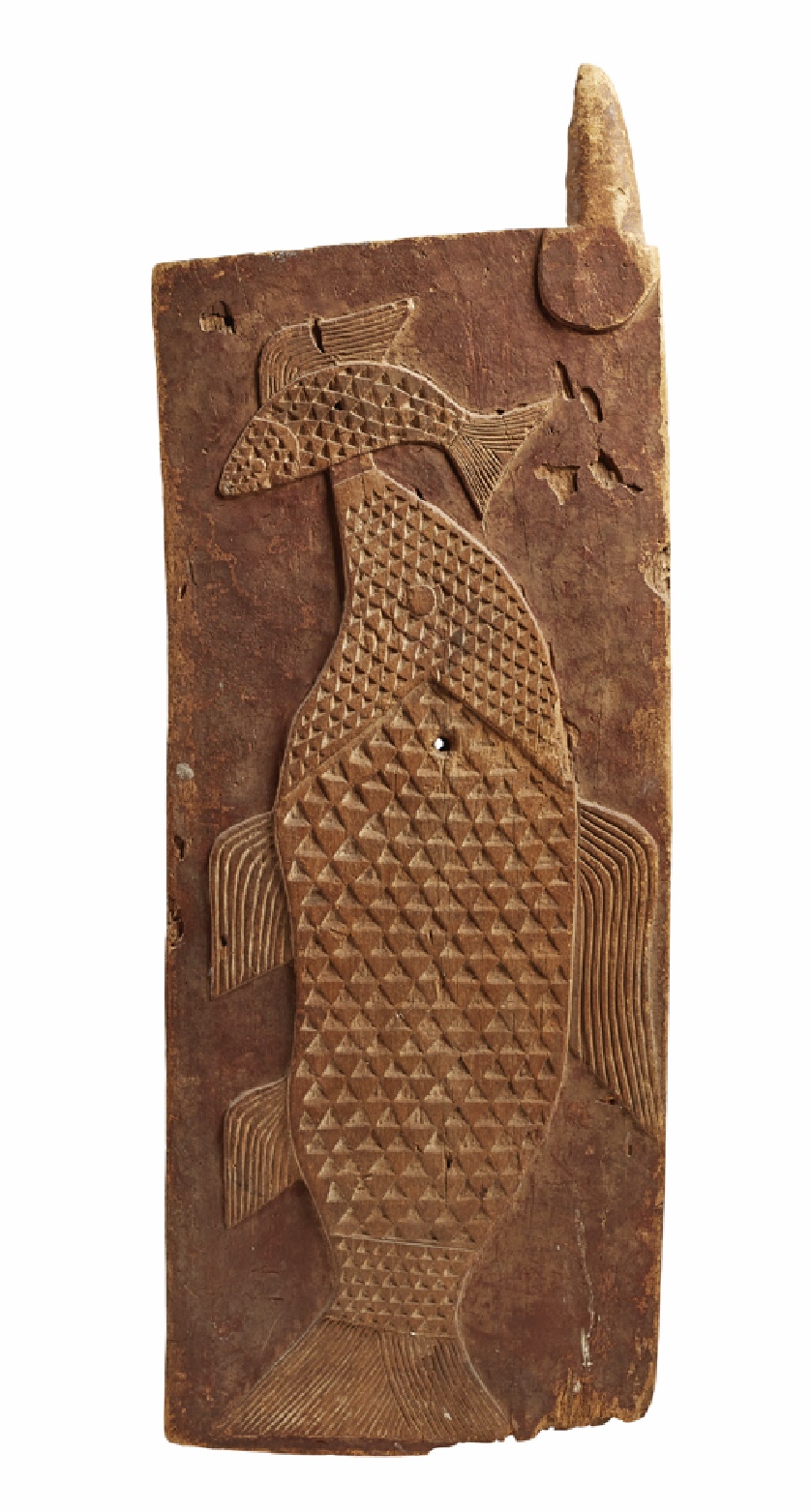 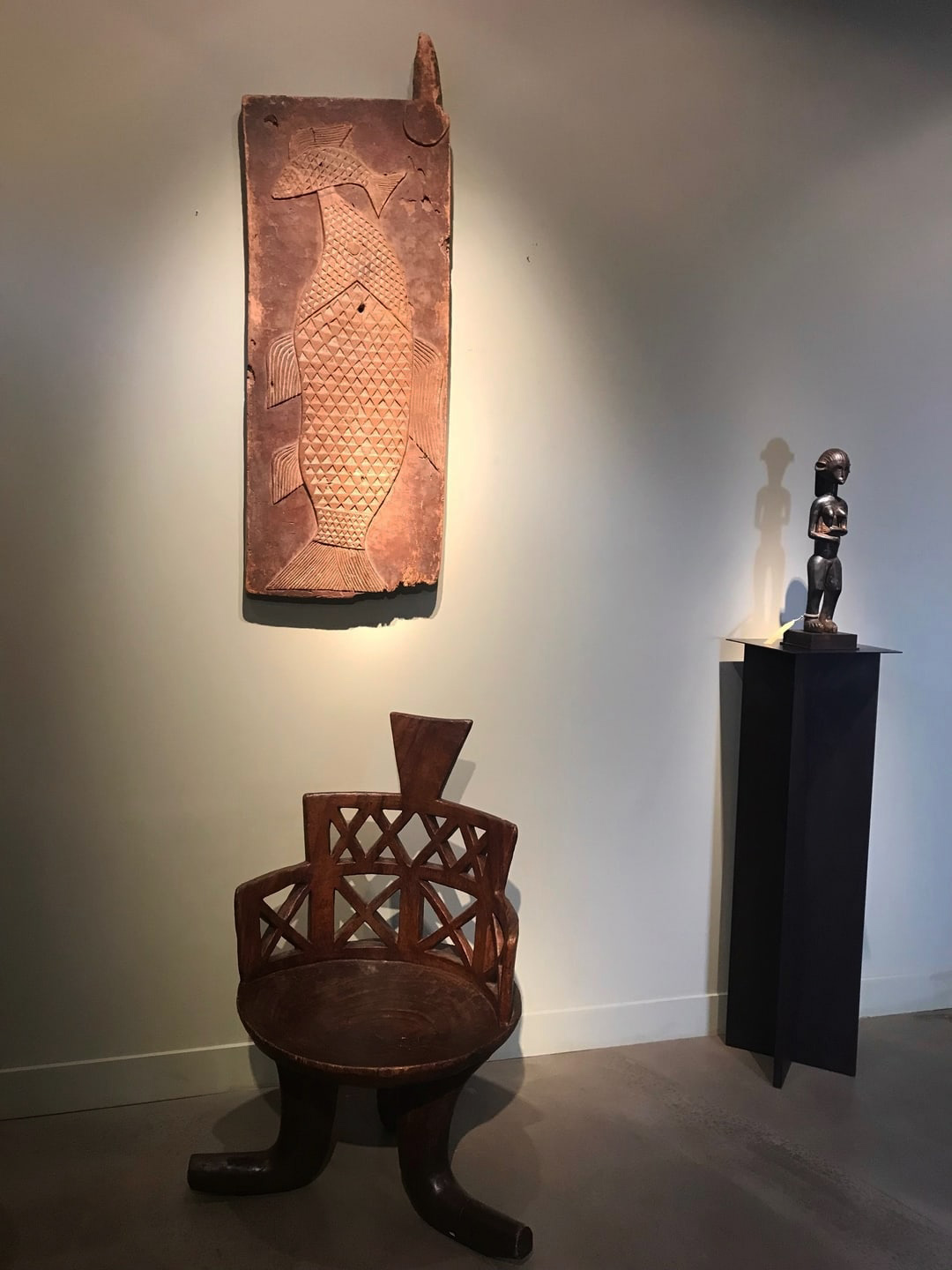 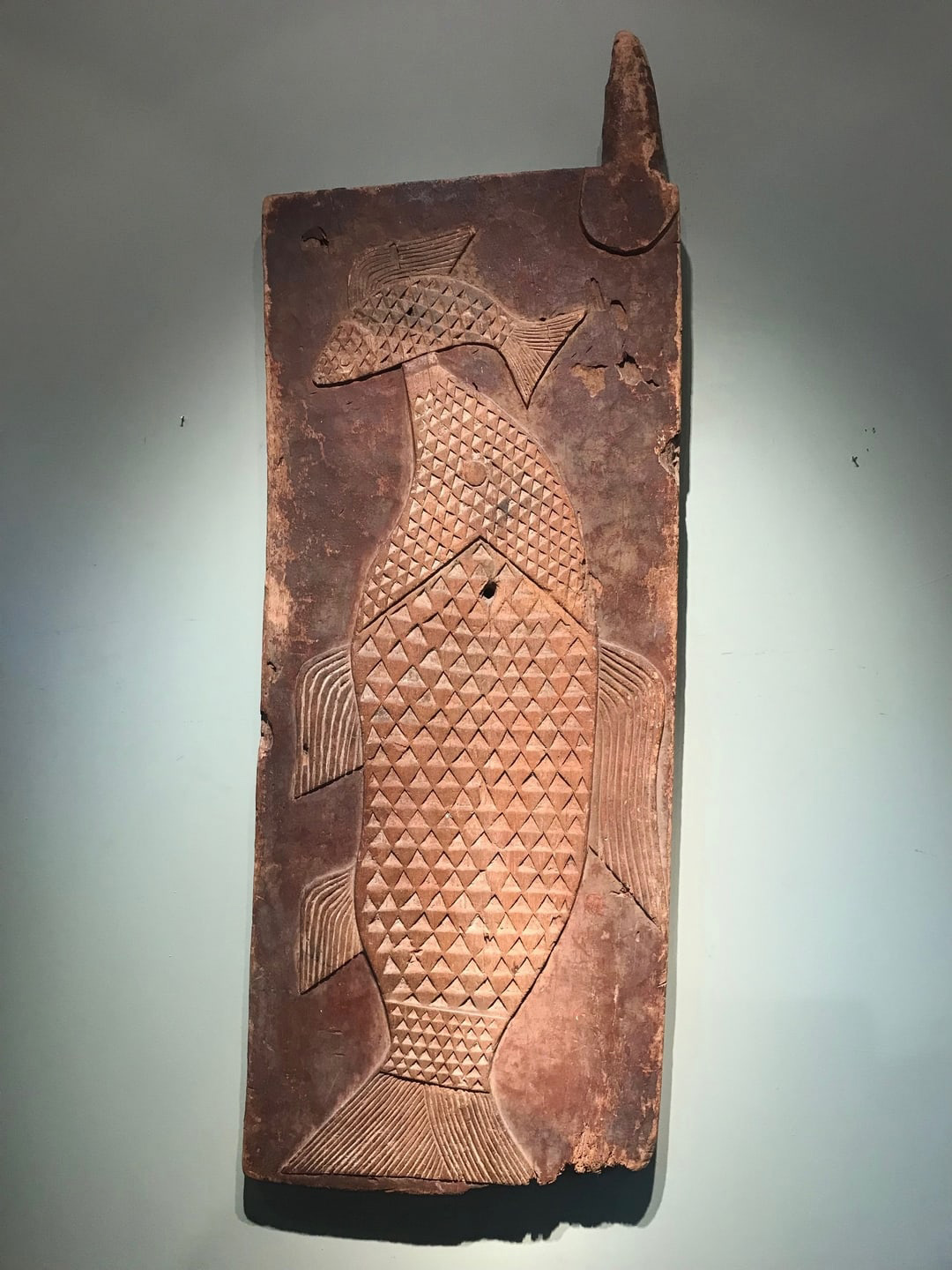 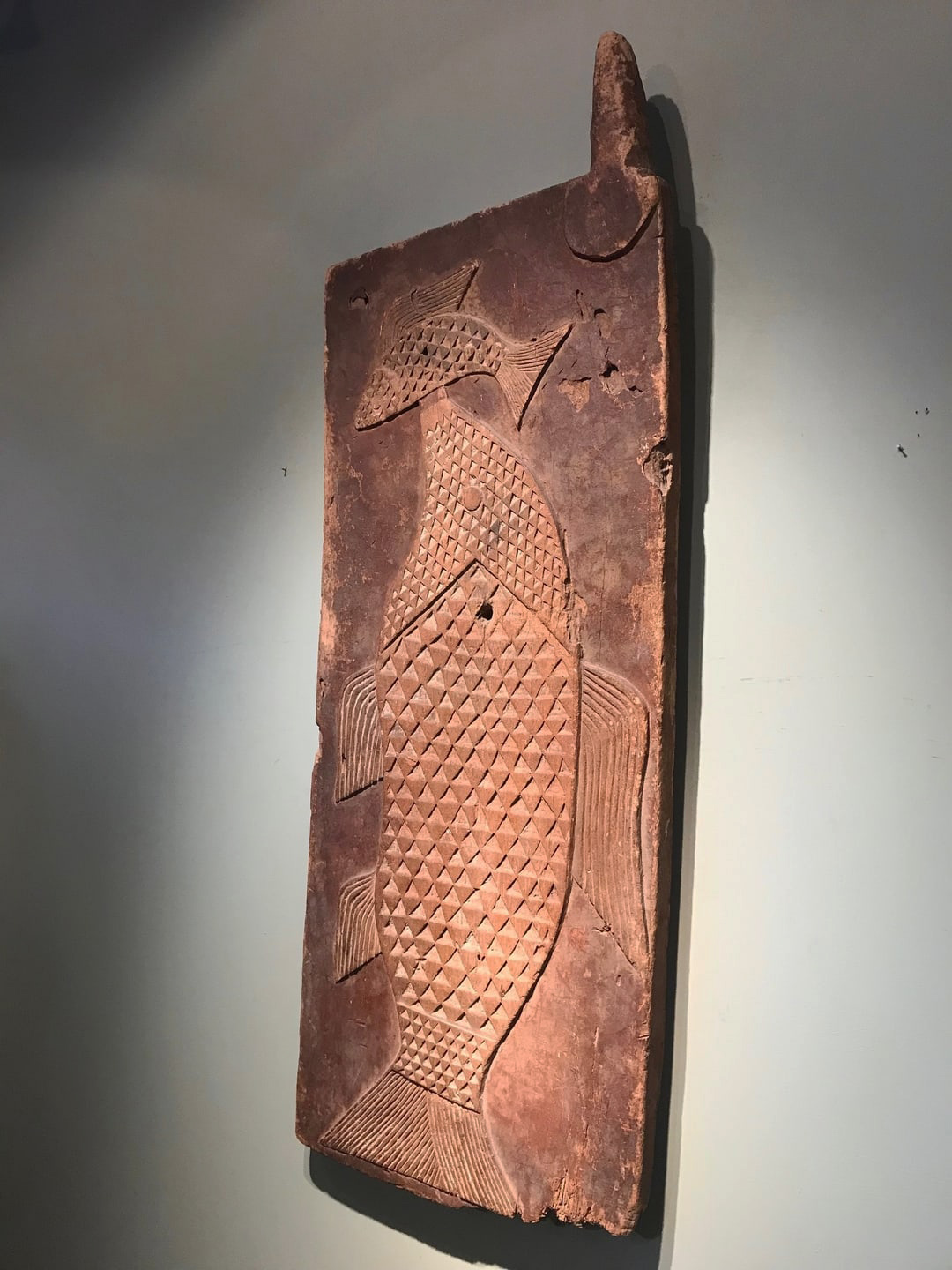 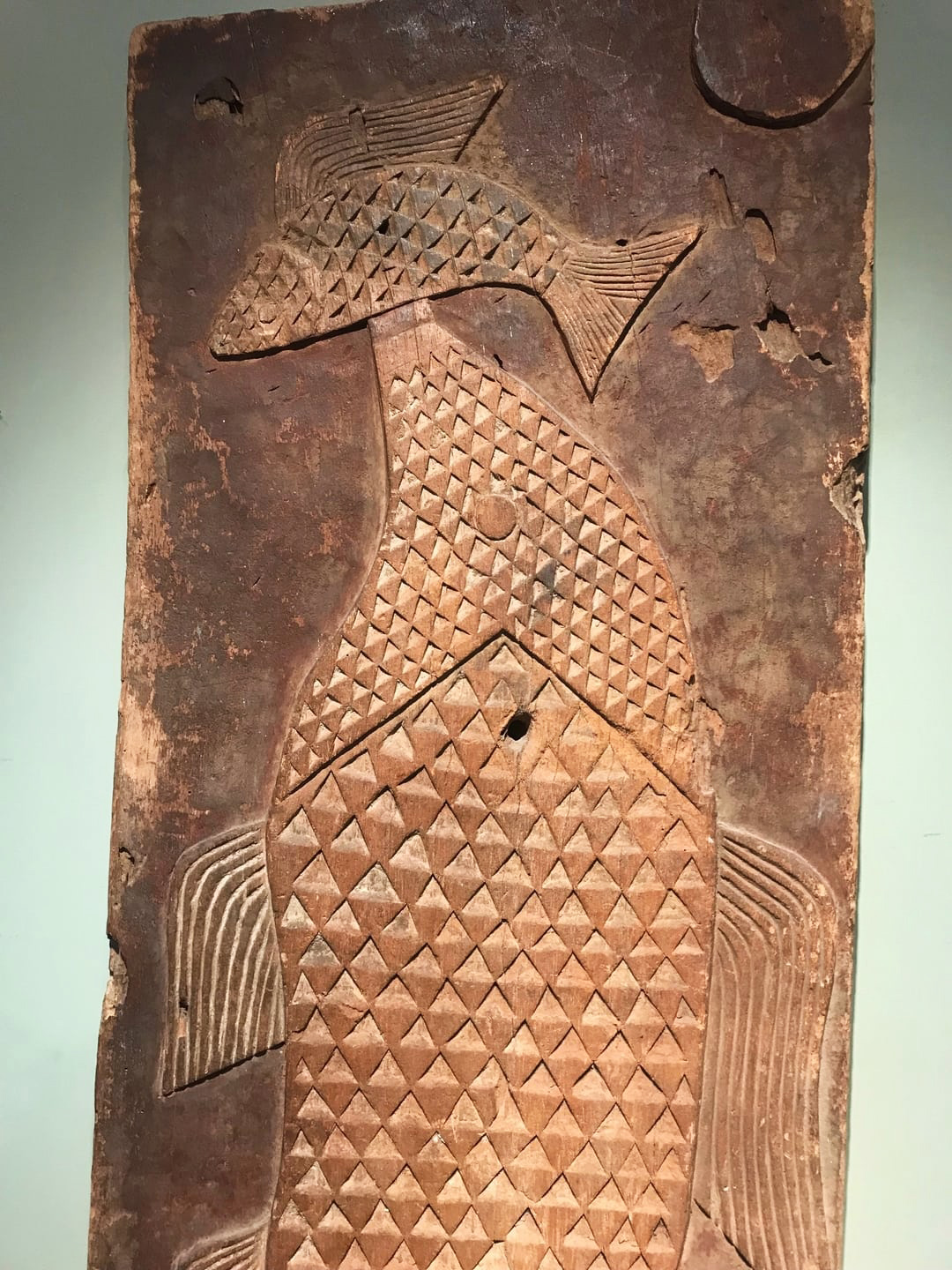 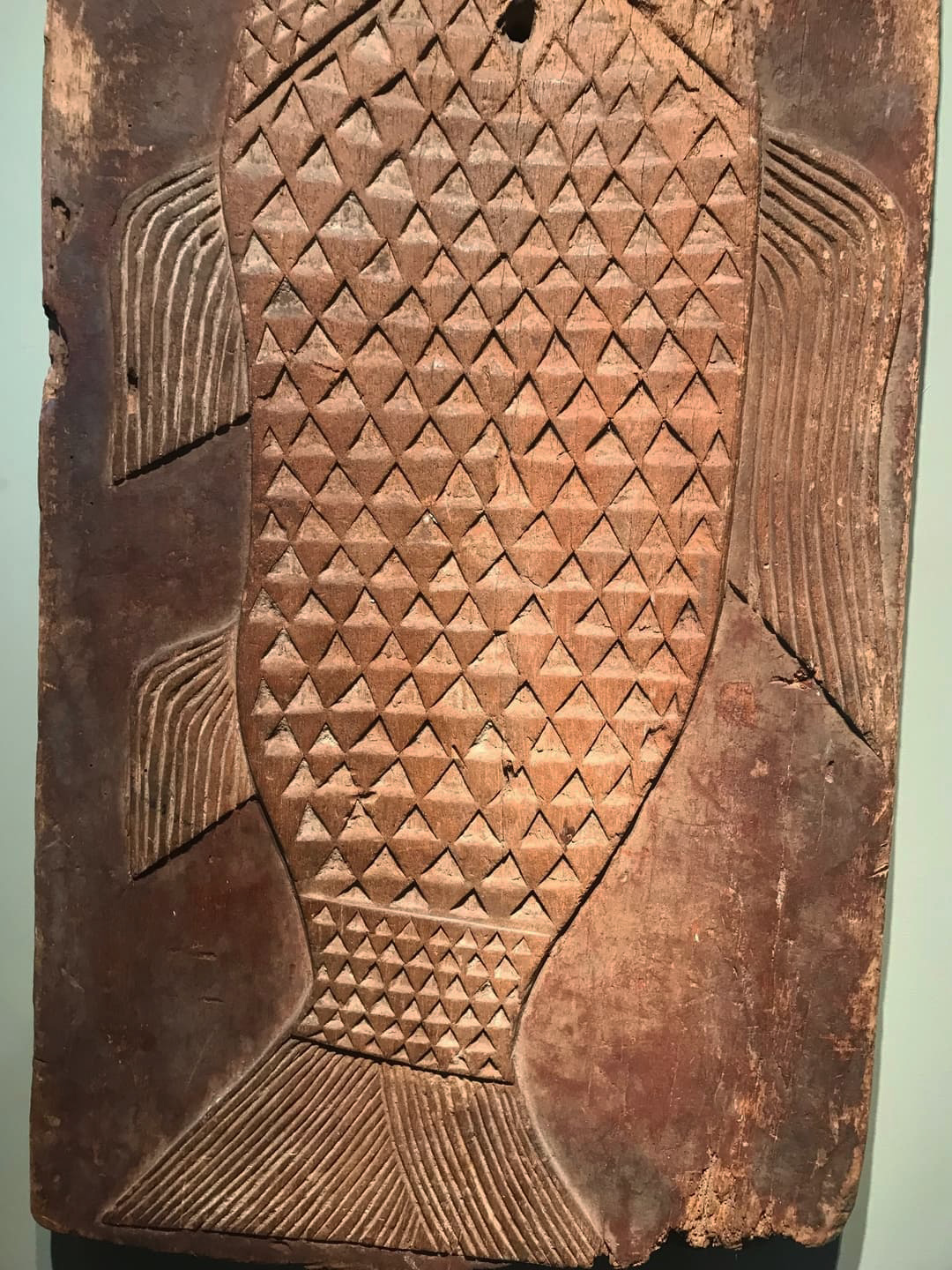 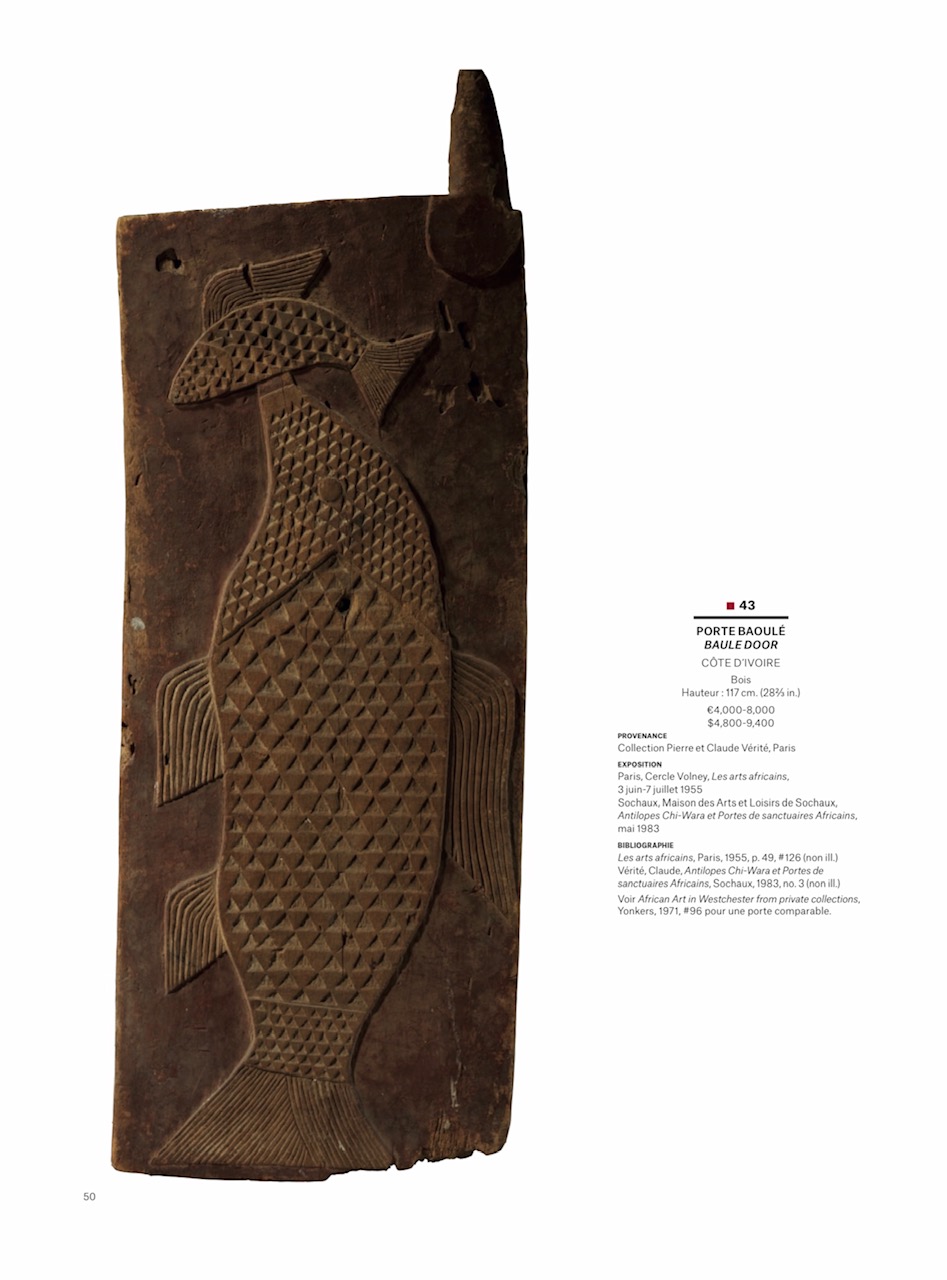 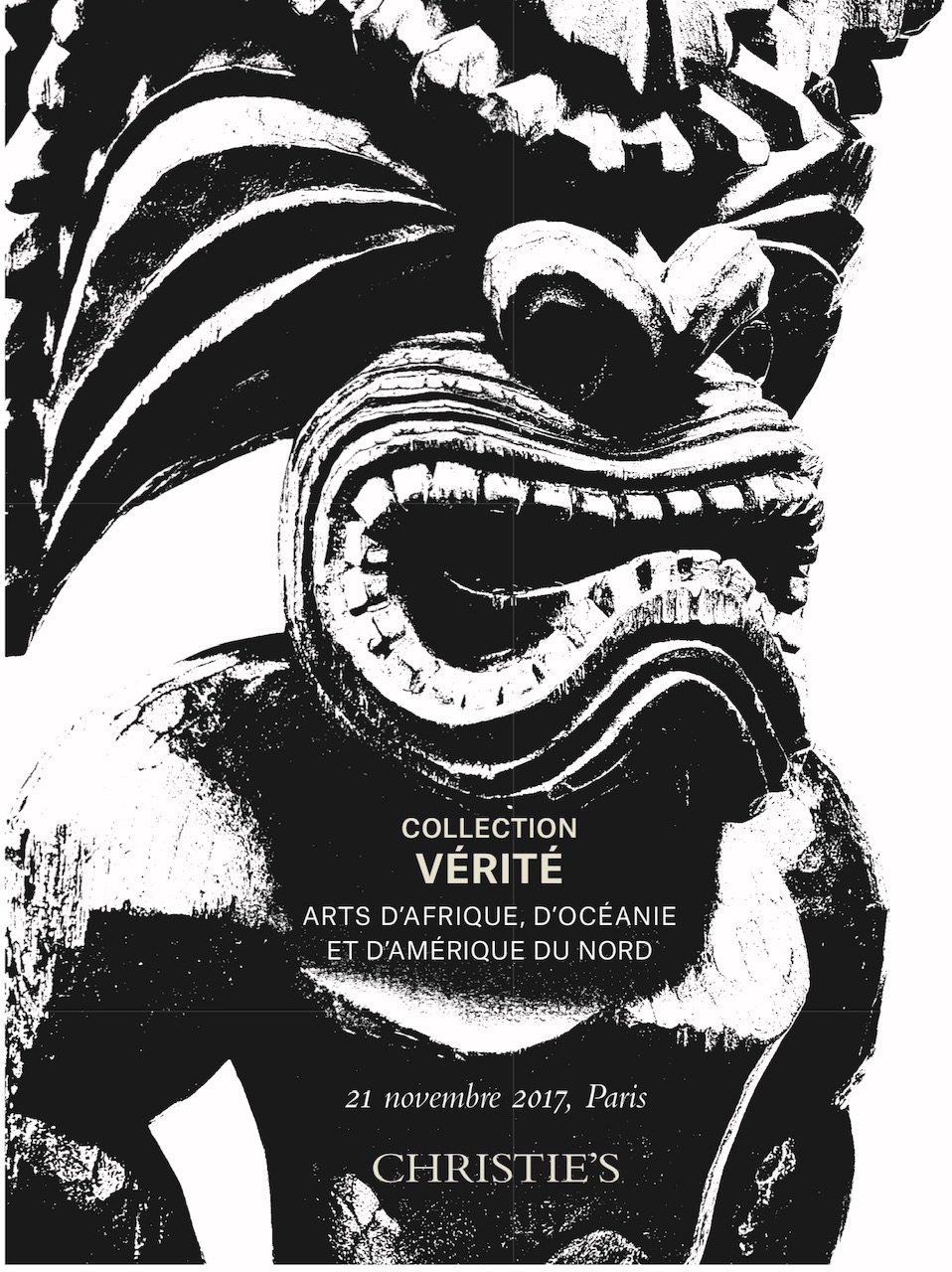 This beautifully carved early wooden portal door depicts a large swordfish with a baby fish in her mouth. Such representations of fish are common in wooden doors coming from the Baule culture. The whole surface of the door, apart from the fish, has been decorated with red pigments, now faded. The fish - whose scales have been represented by fine rows of triangular shapes - were originally decorated with a white pigment, which has now also faded over time.

This portal door was exhibited in Les Arts Africains at Cercle Volney, Paris, 1955. 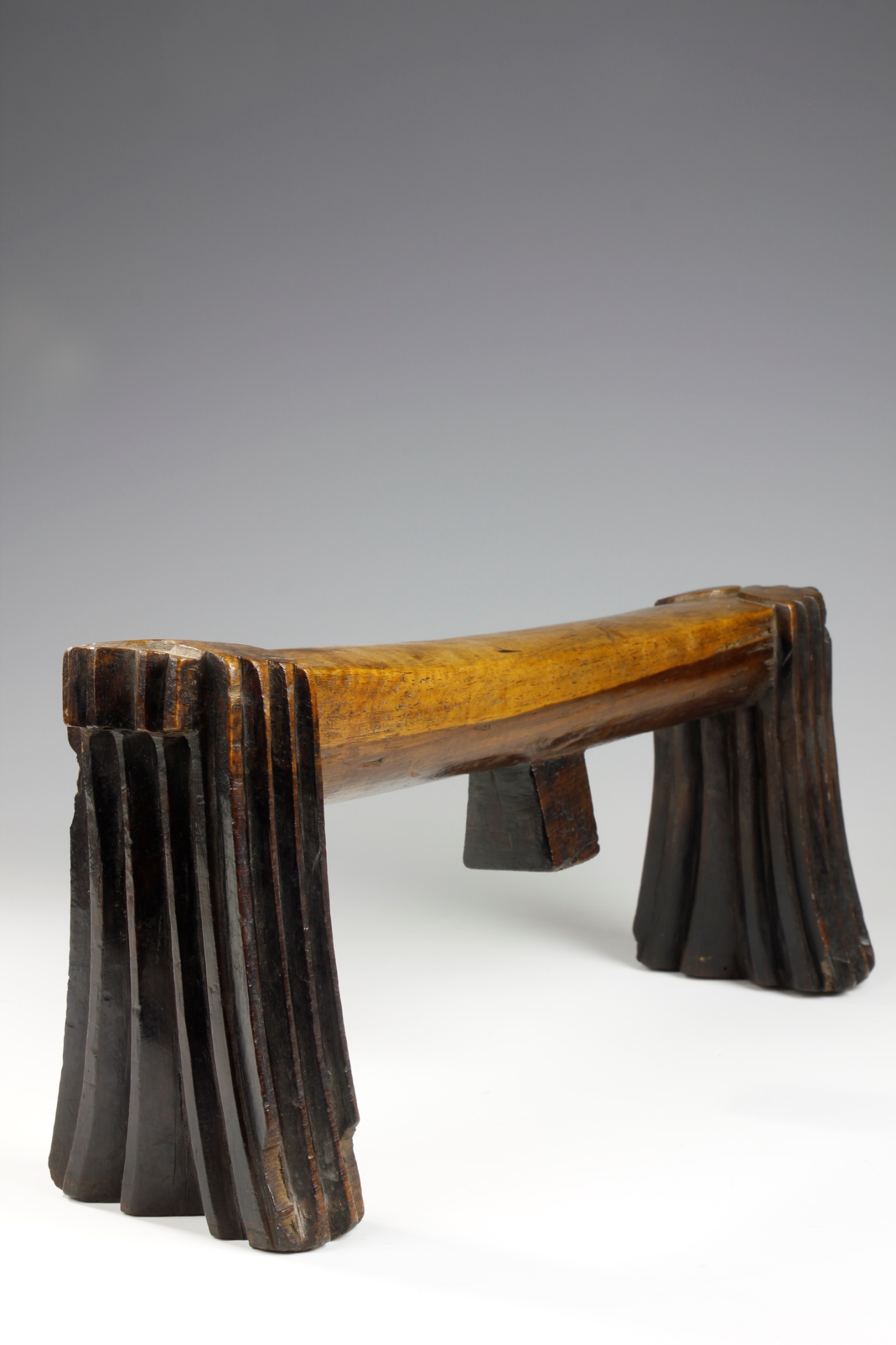 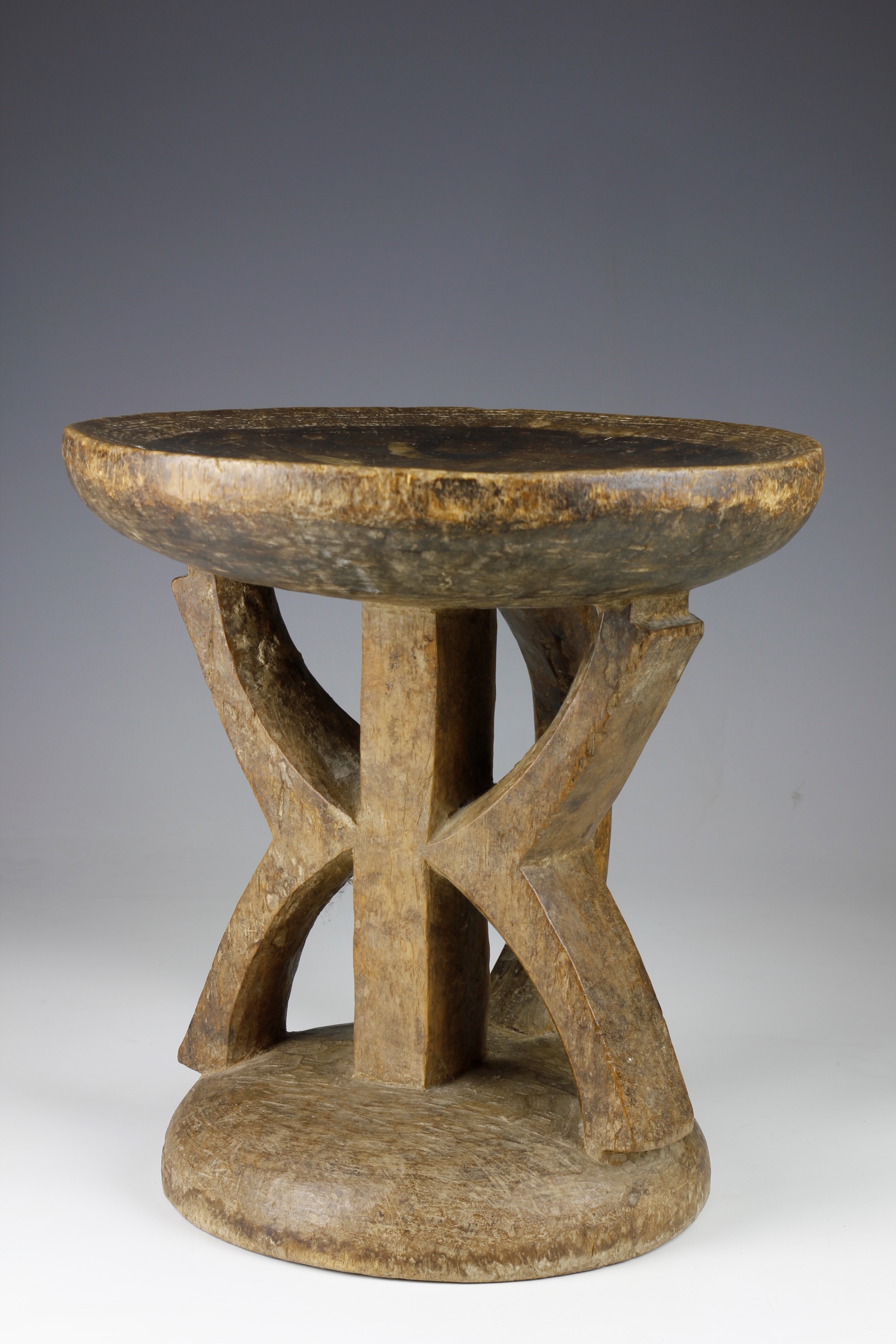 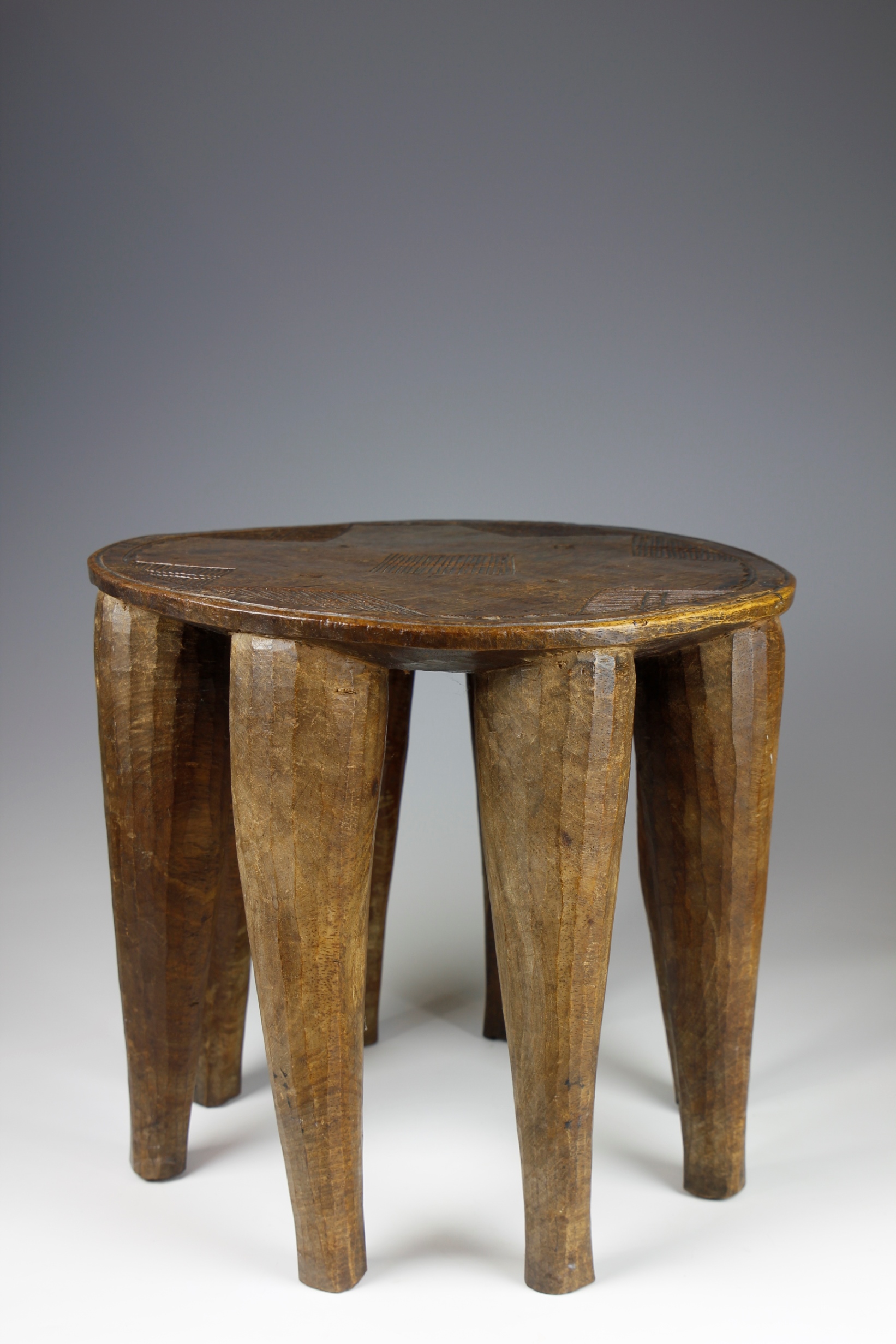 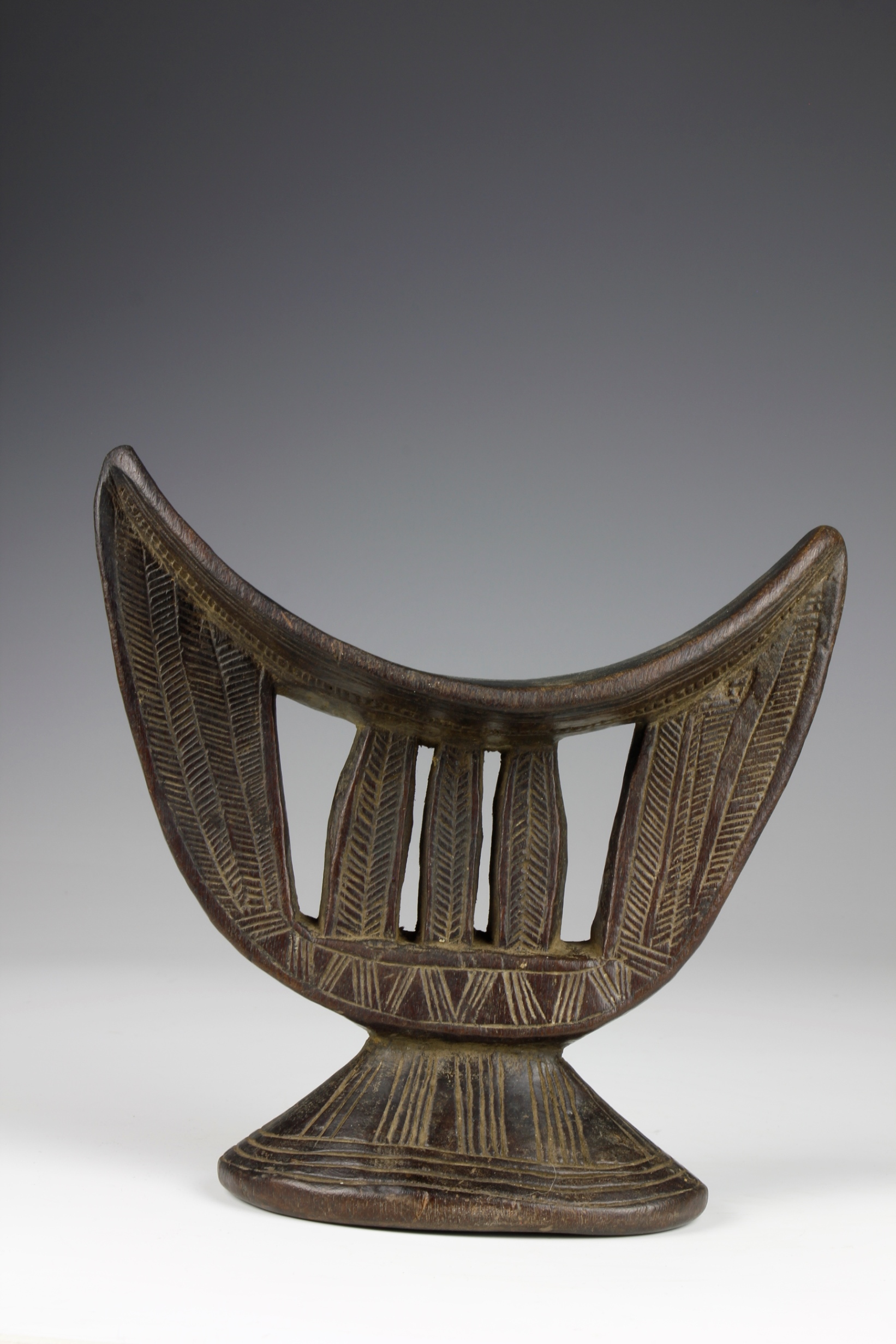