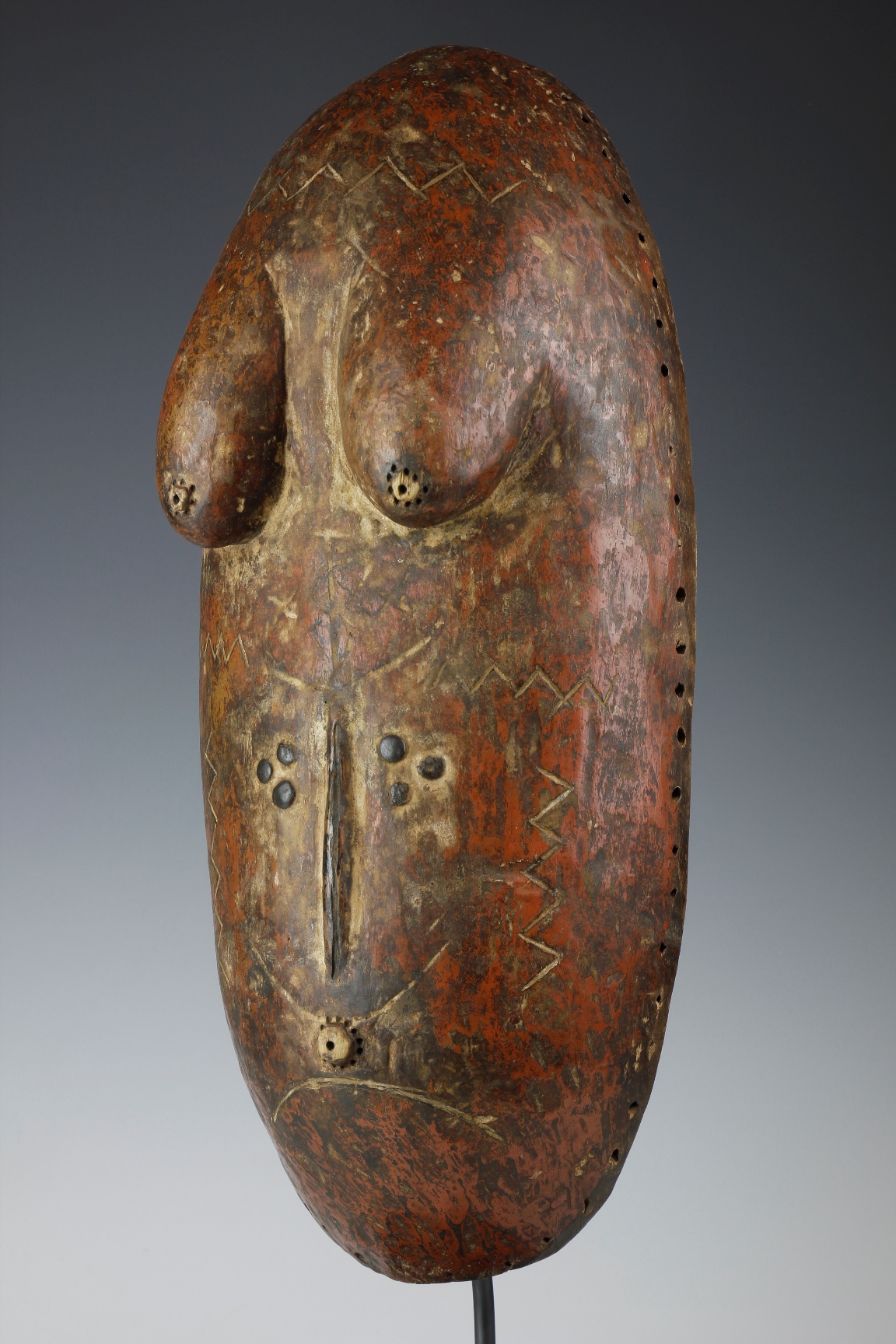 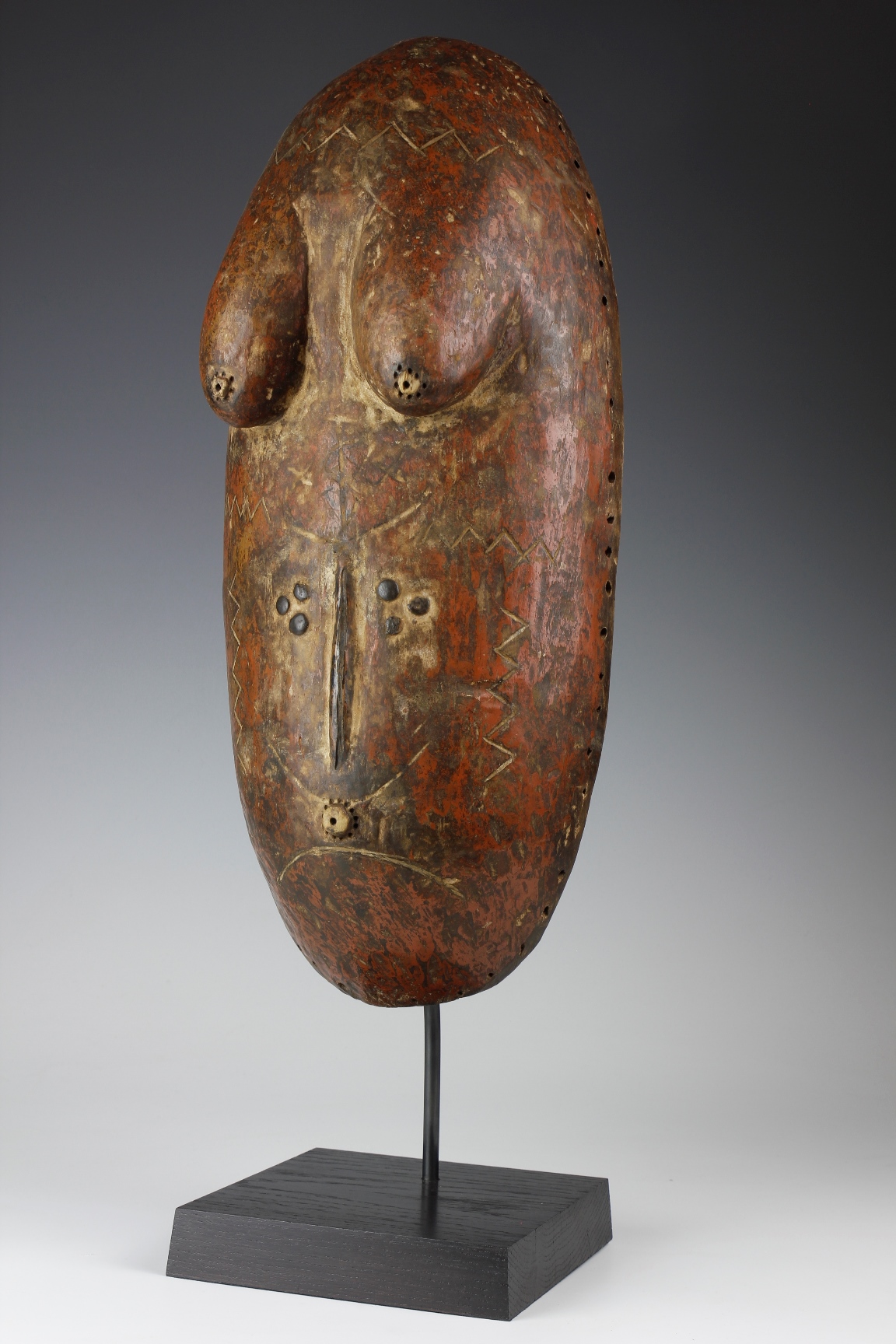 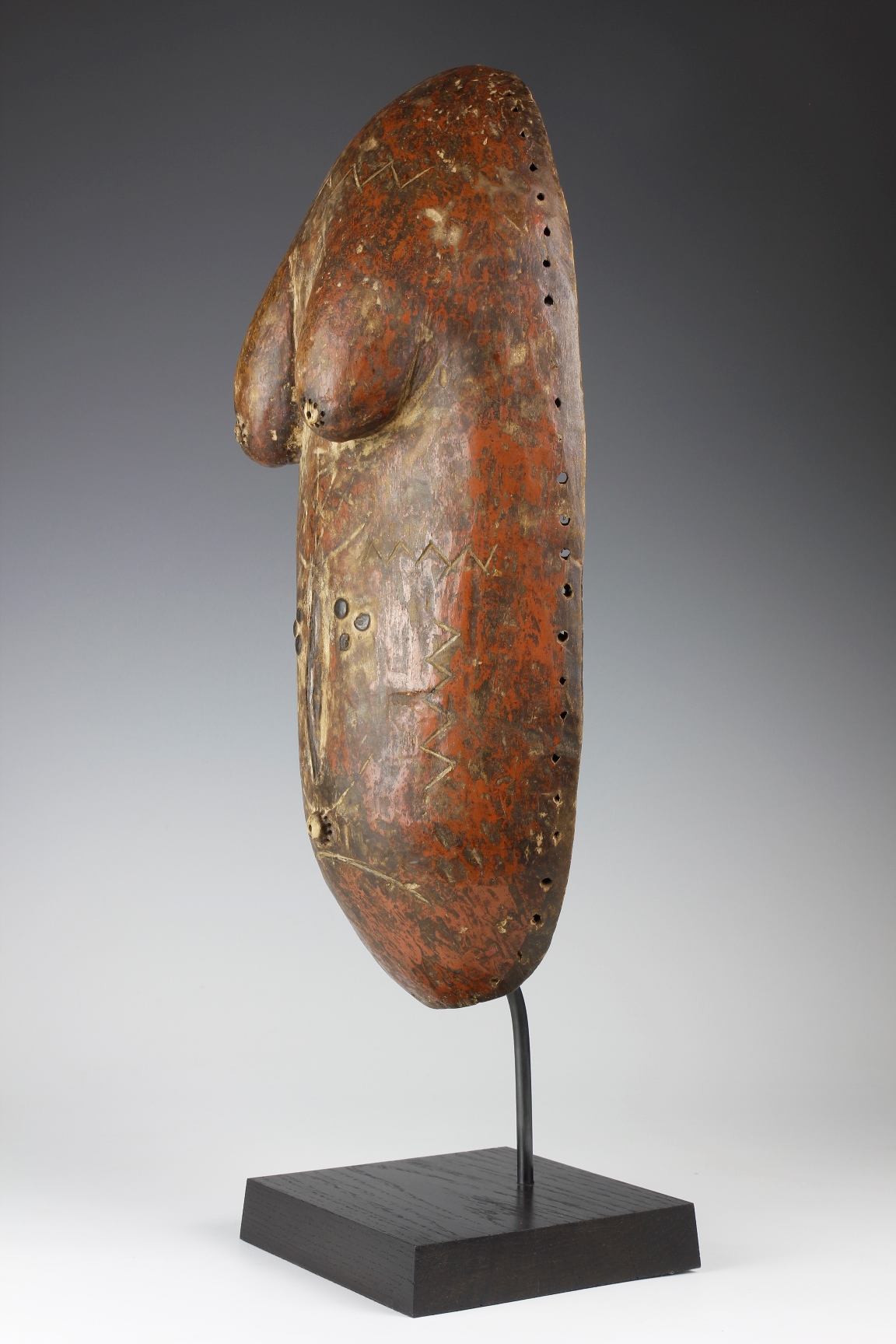 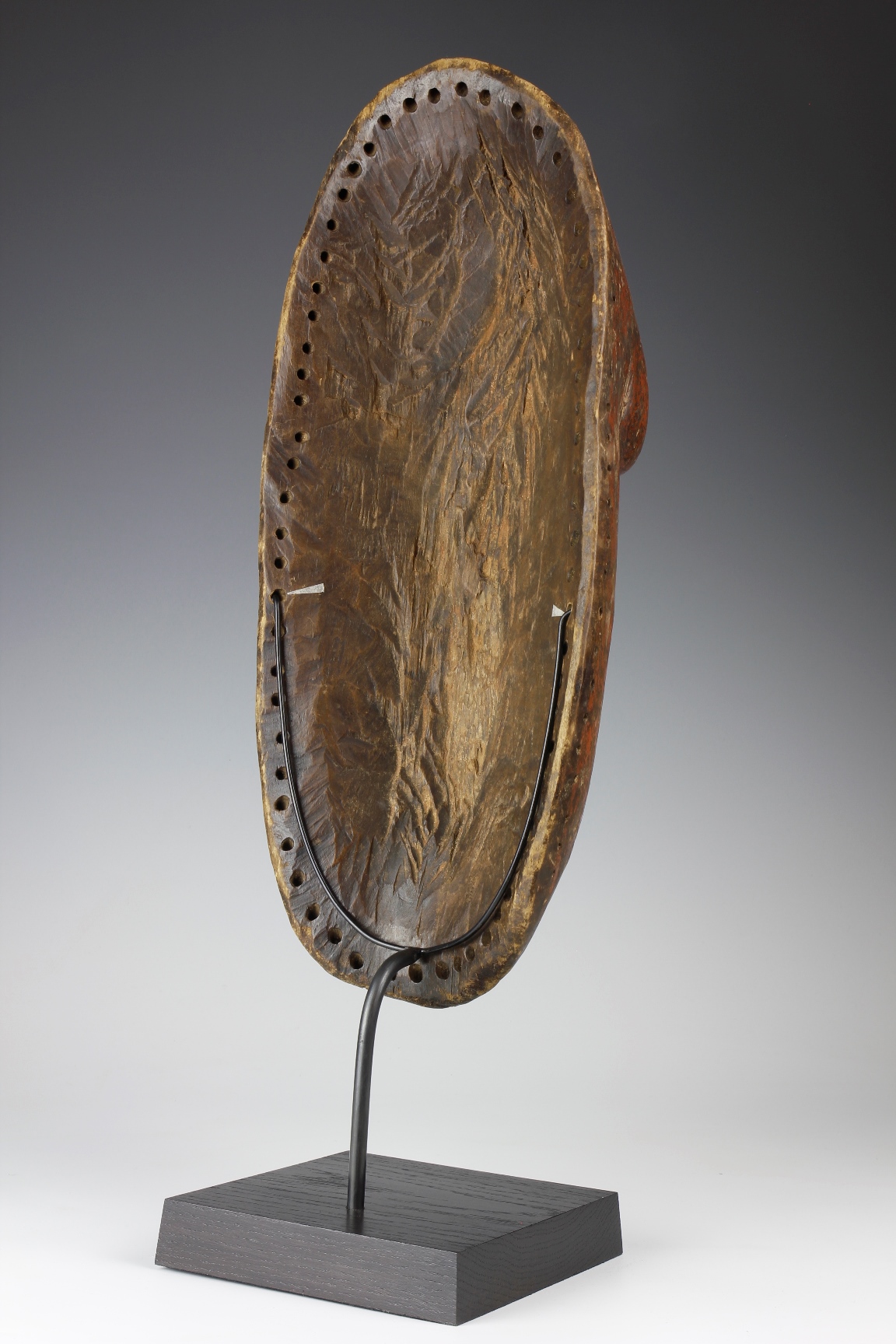 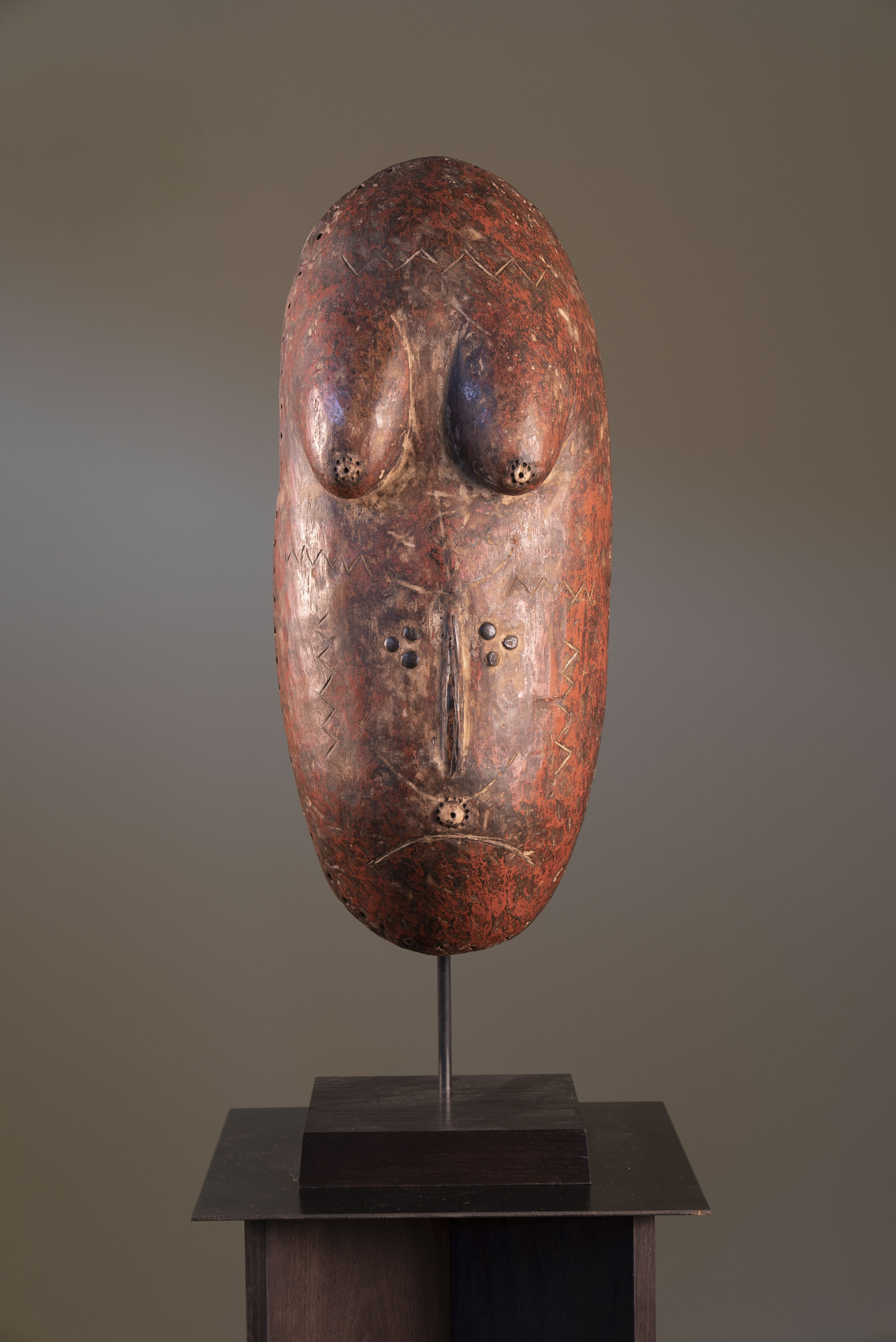 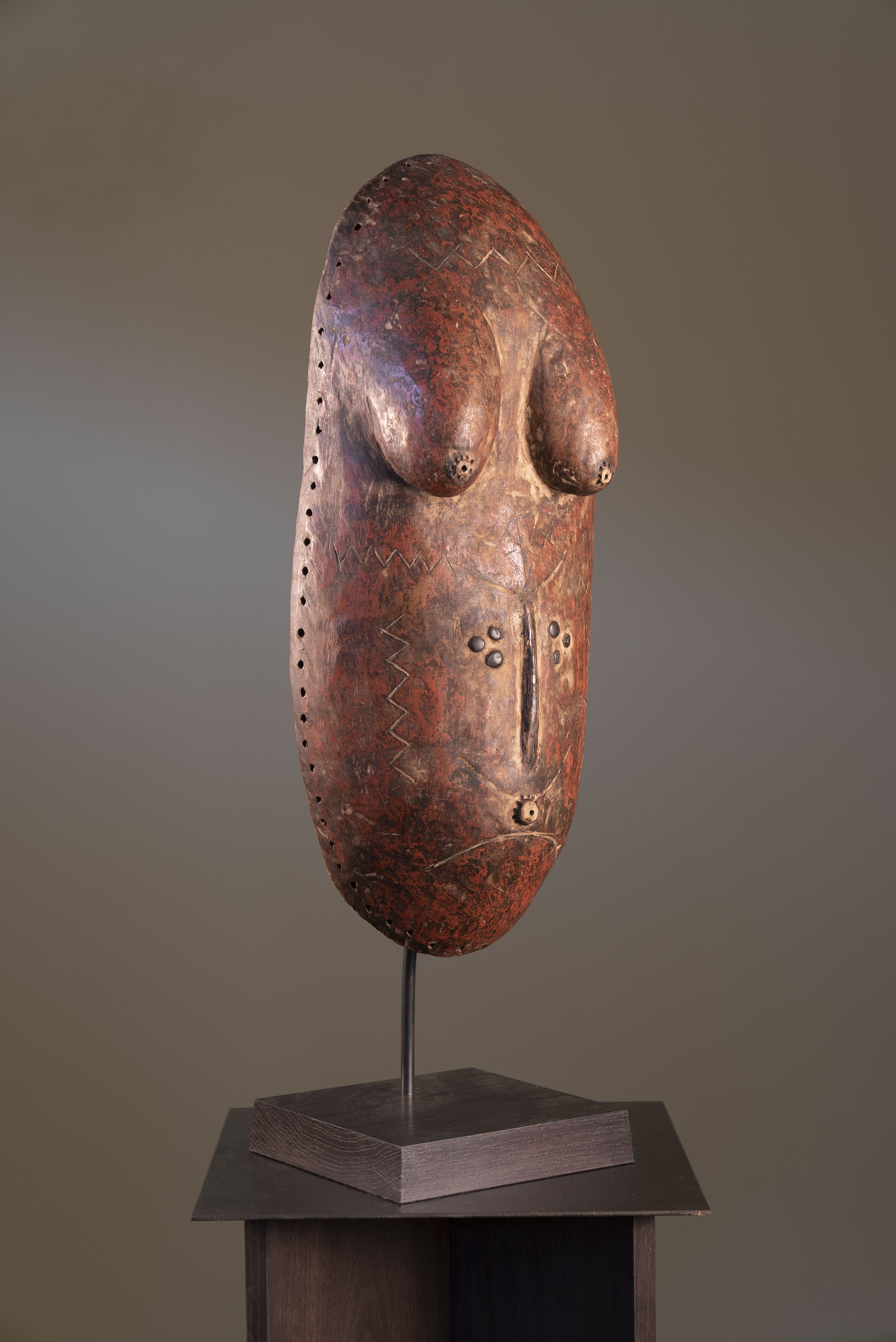 This Makonde body mask (Ndimu) features ‘tattooing’ on the stomach and above the breasts, represented by a combination of engraved and raised lines applied with beeswax. Natural red pigments decorate the surface of the mask.

Female body masks such as these were traditionally involved in Makonde initiation rites. These ‘coming-out’ ceremonies involved male circumcision and doctrination on the secrets of gender, the rules of adult behaviour, sex and the rights and obligations of married life. The accompanying celebrations included feasts, dances and masquerades.

The Ndimu was intended to represent a young woman, and would have been worn by a special male Ndimu masker, in combination with a matching female mask. 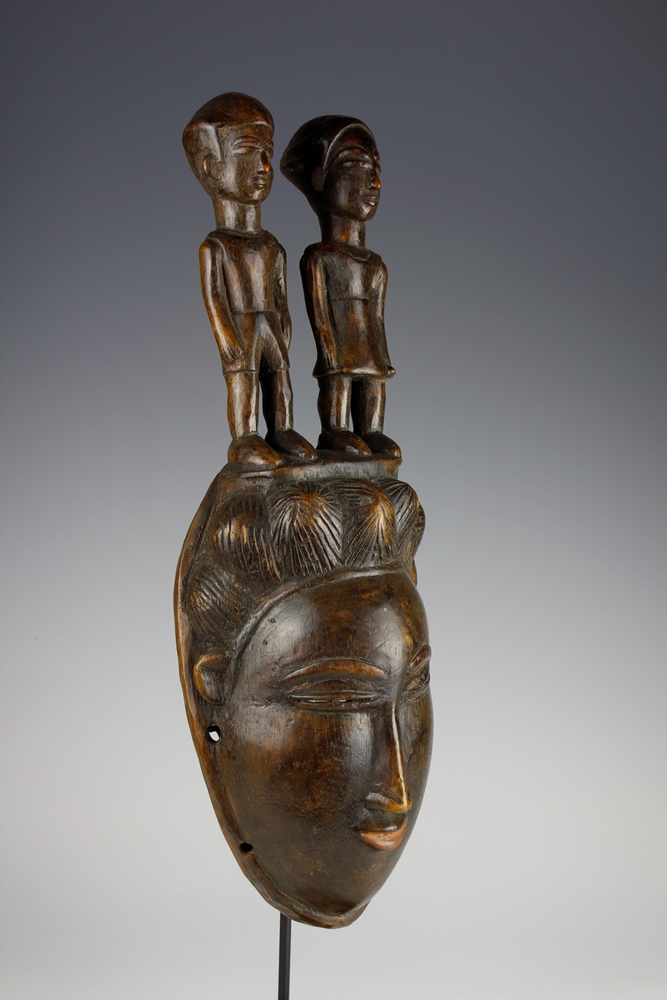 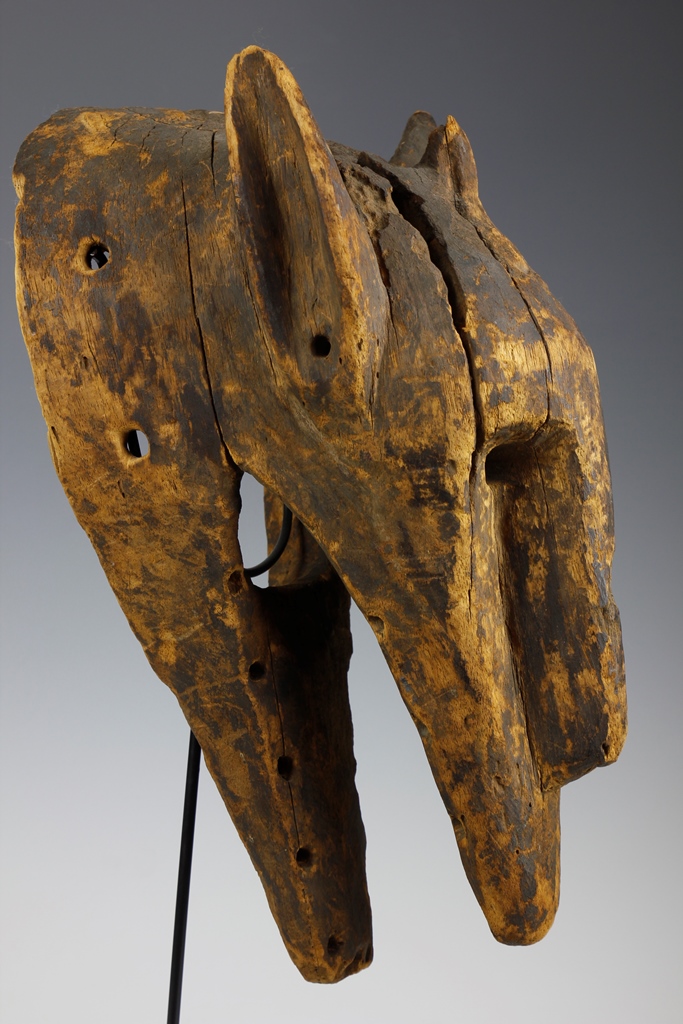 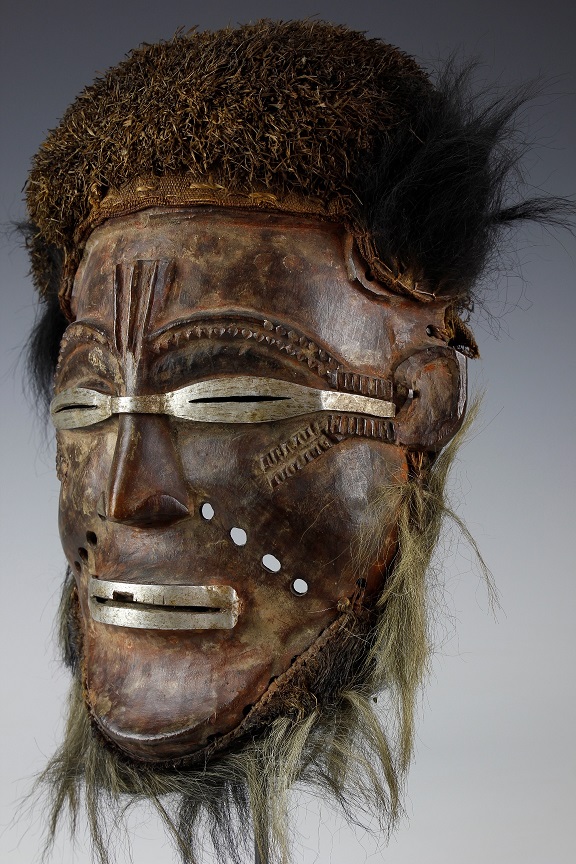