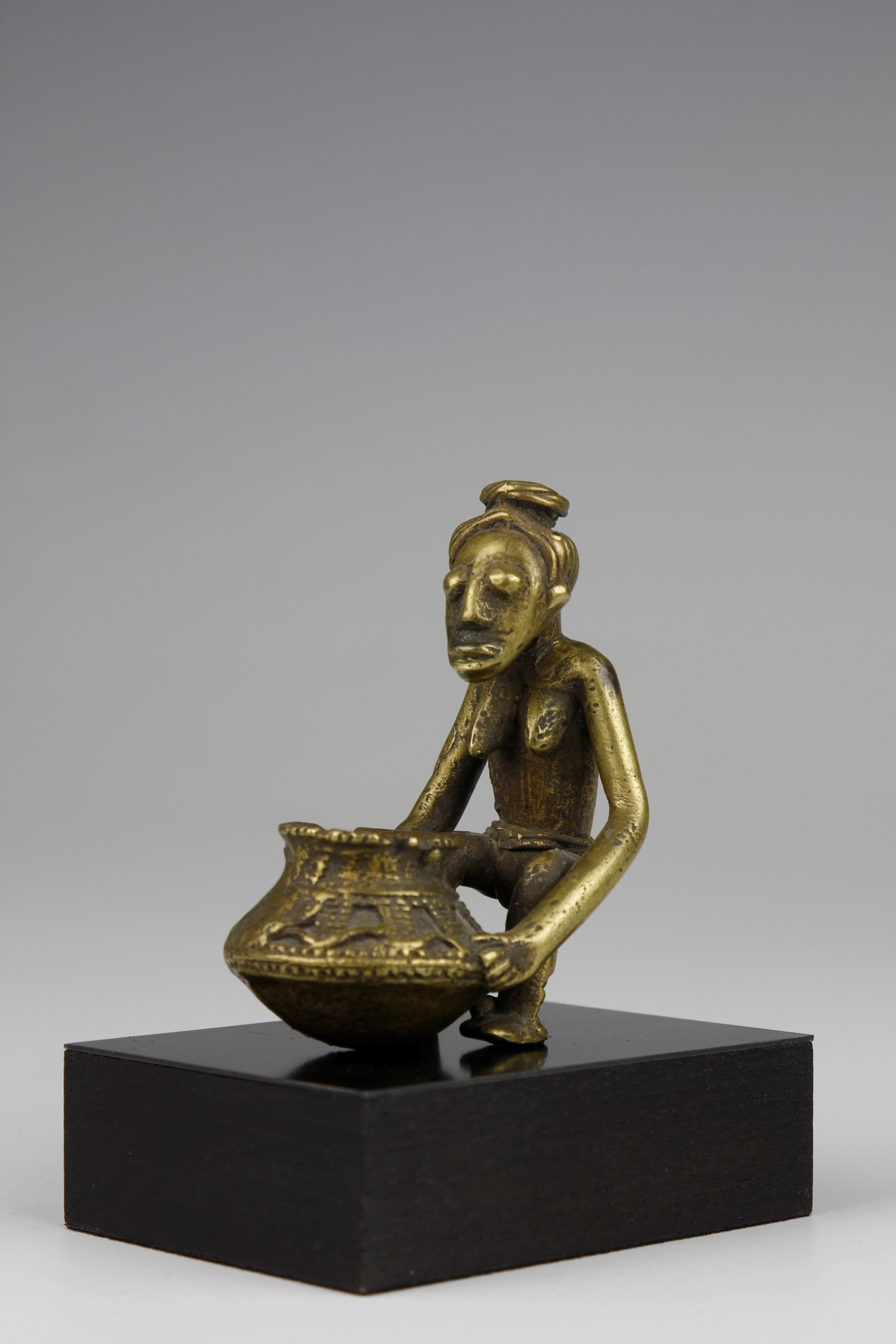 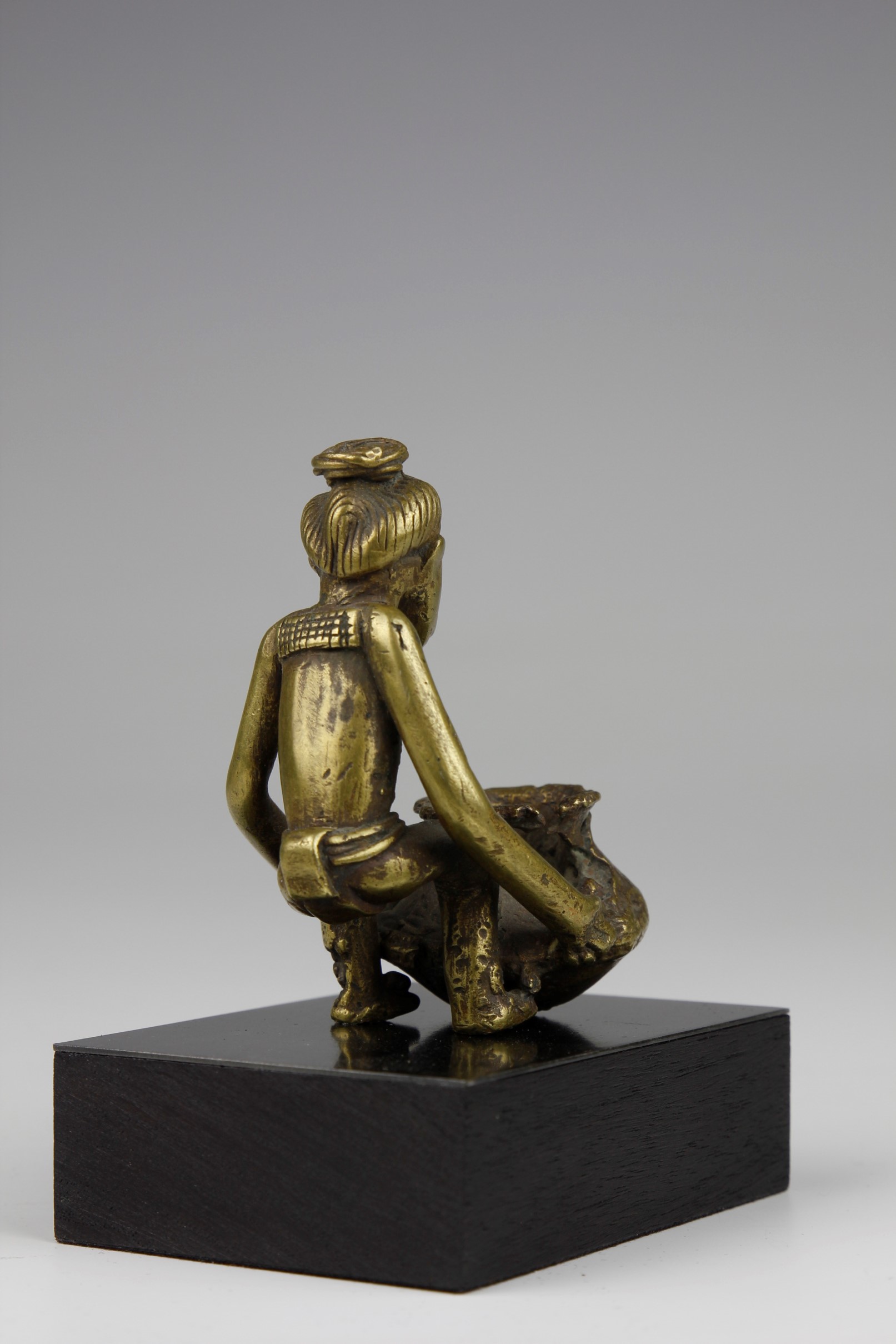 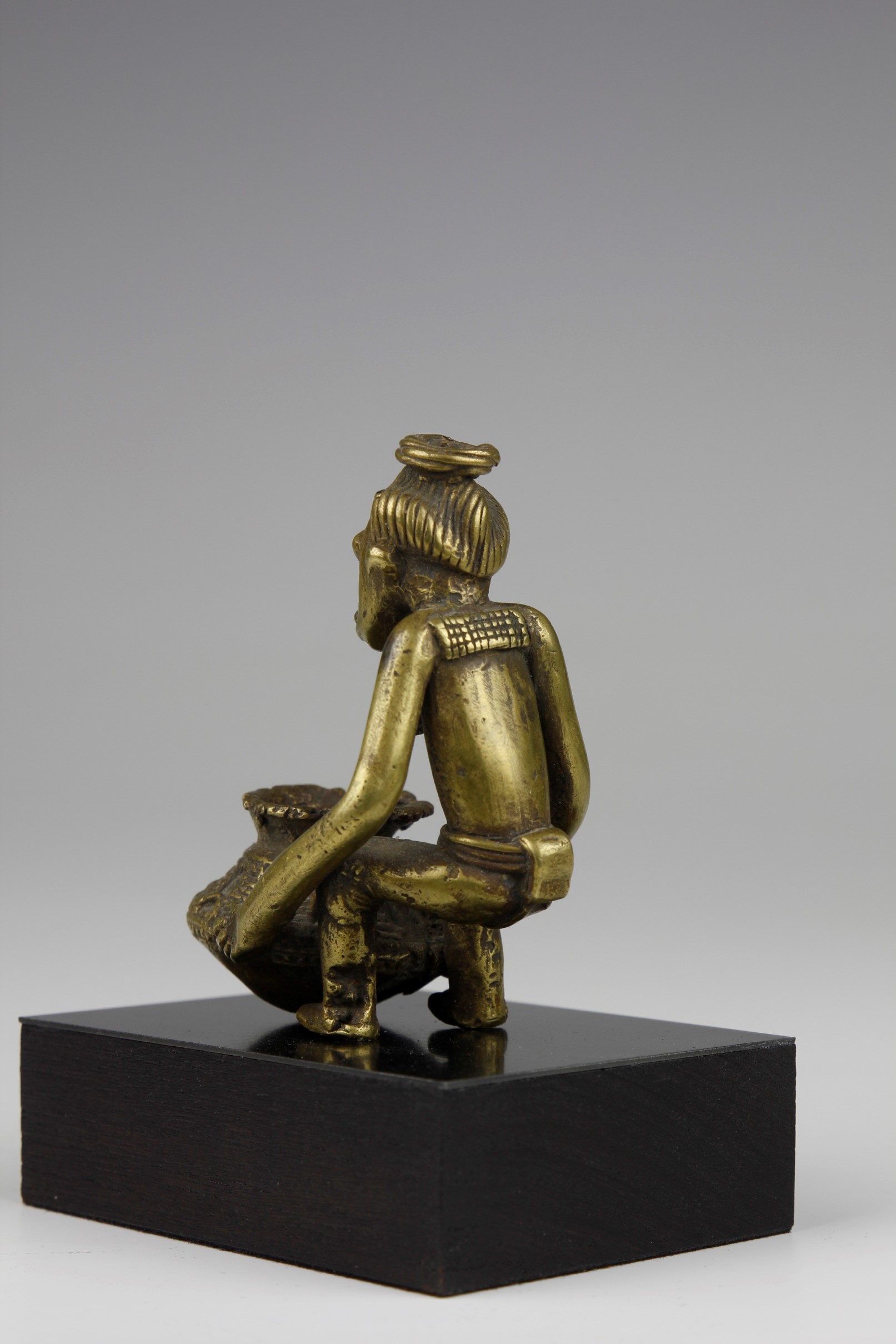 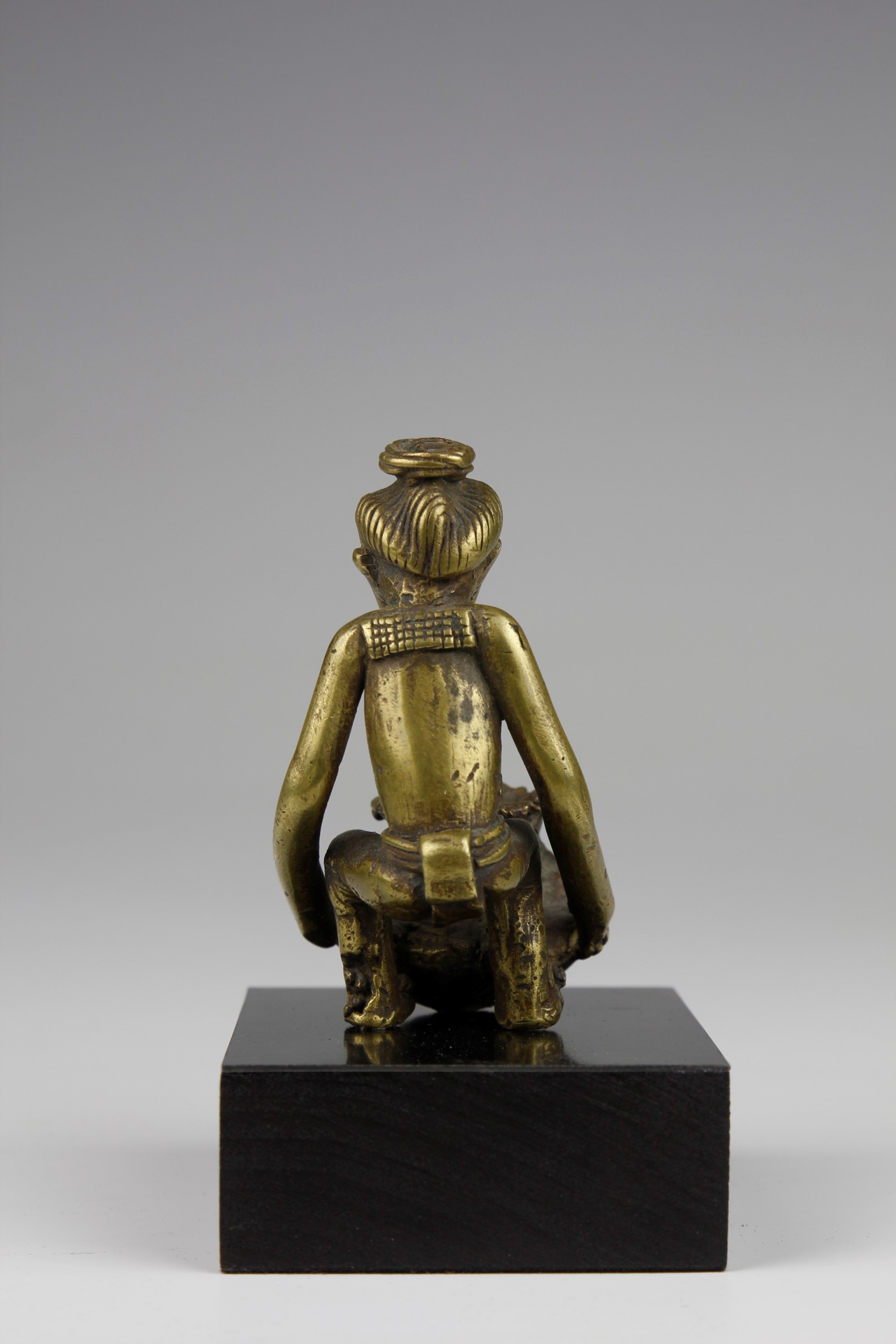 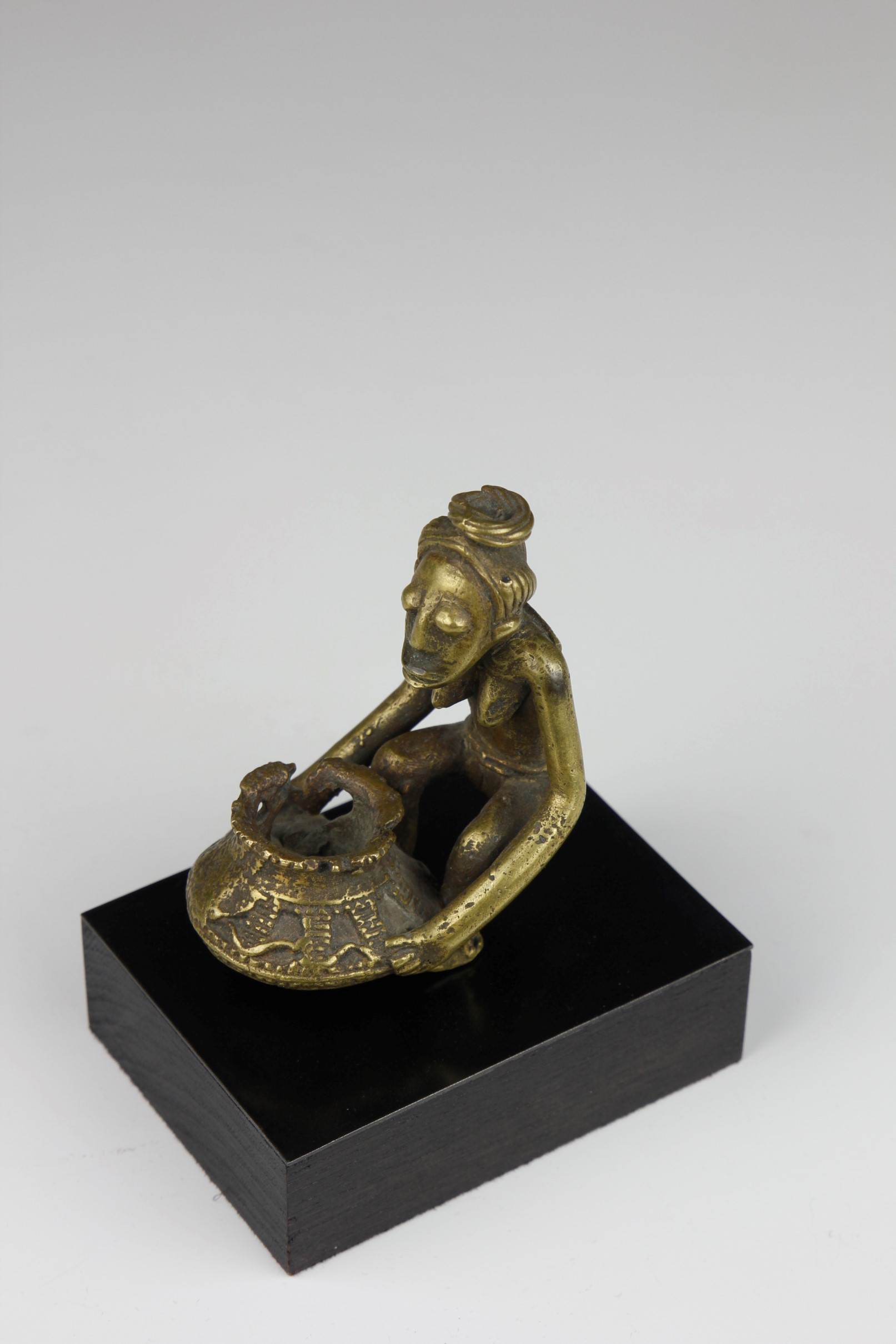 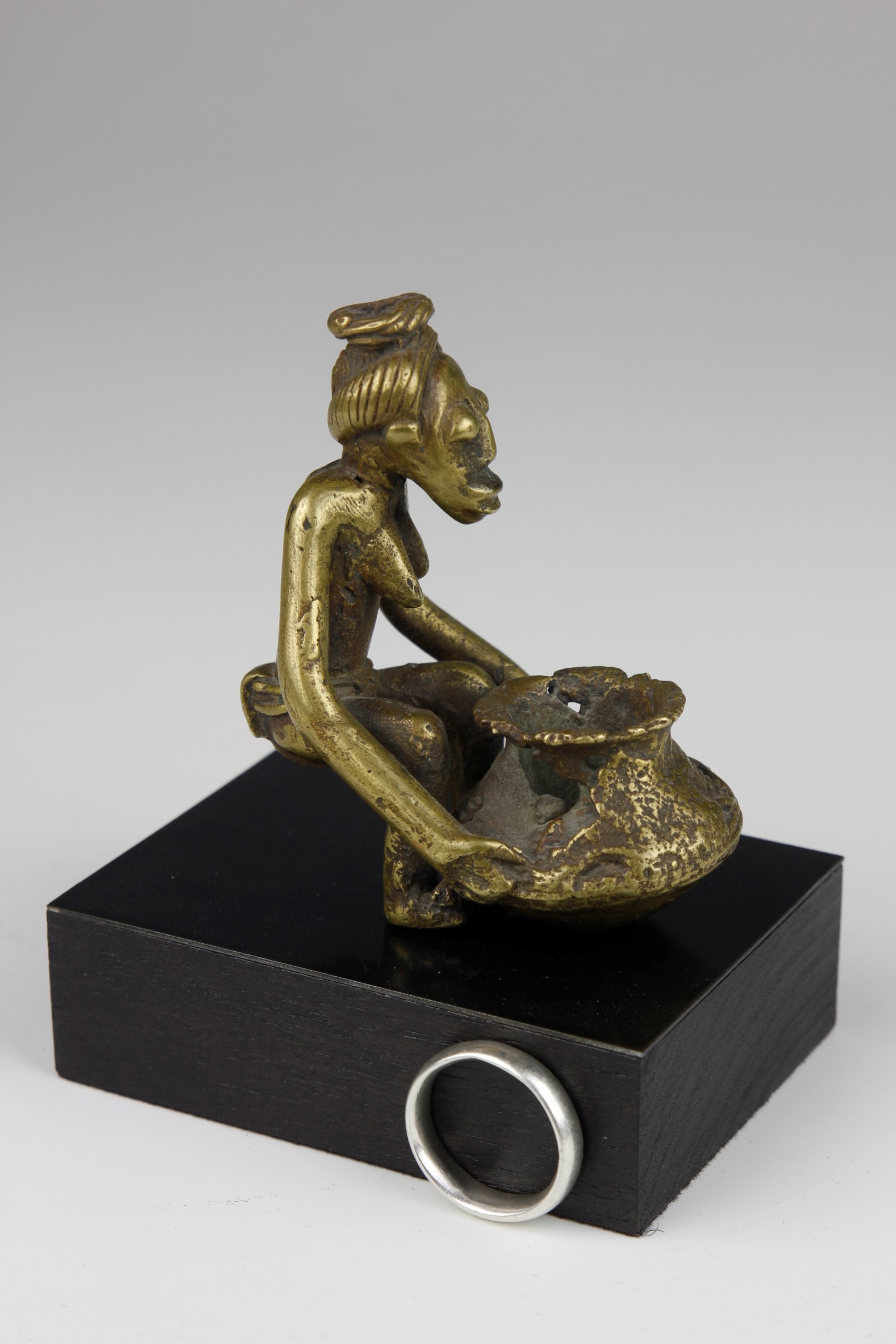 This beautifully balanced and finely cast small bronze figure depicts a woman clasping a bowl with both hands. The bowl acts as a perfect counter weight to the figure, so it sits without being mounted or falling over. Imperfections in some areas of the casting of the bowl add to the character and age of the piece.

It is not known how this piece was traditionally used - it is too heavy to act as a gold weight - so was probably an artistic creation and kept by the owner as a item of prestige, which Akan bronze casters were notorious for doing. 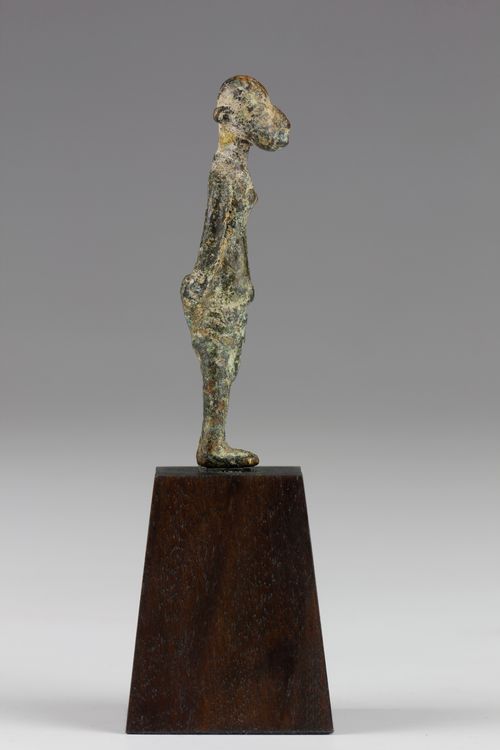 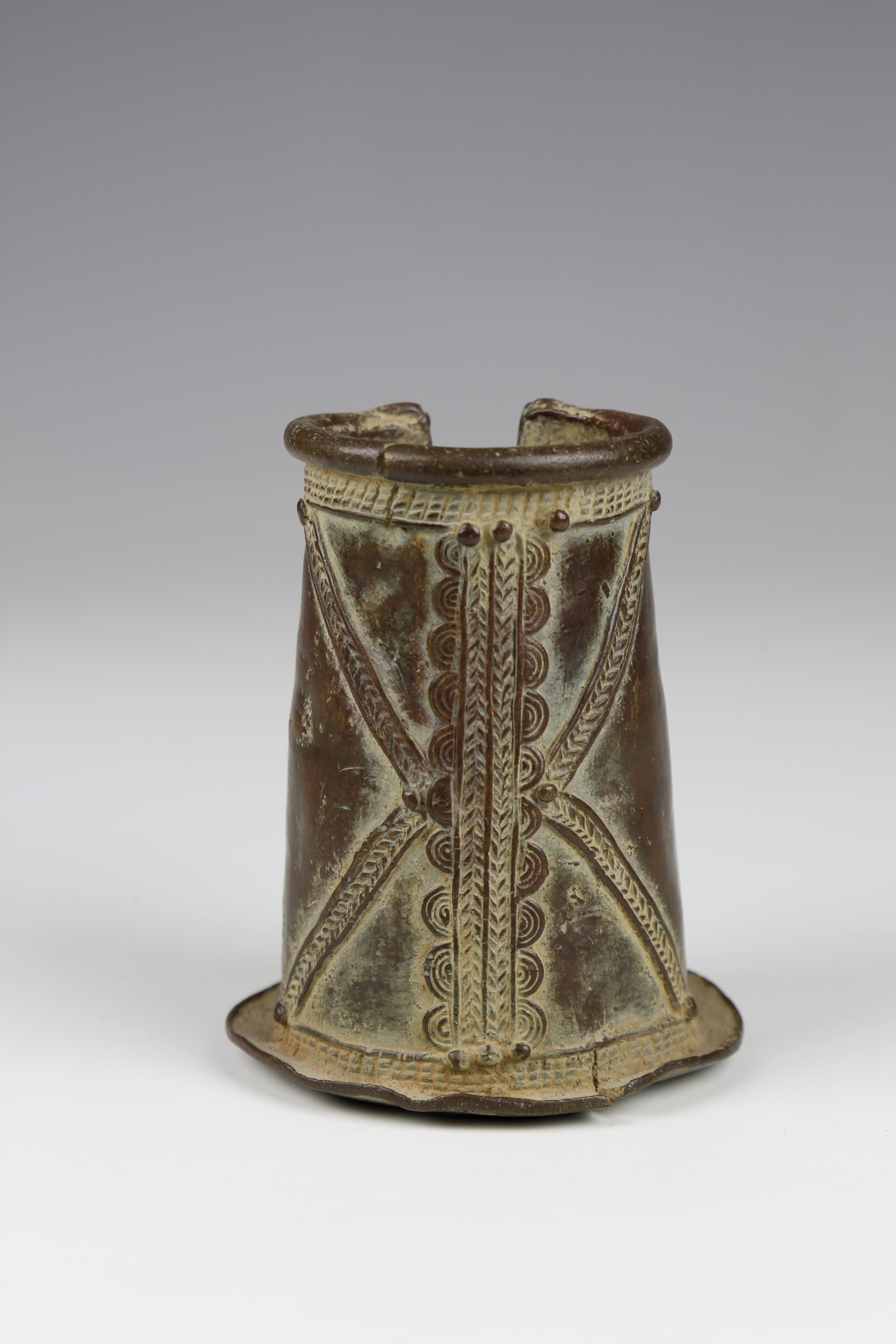 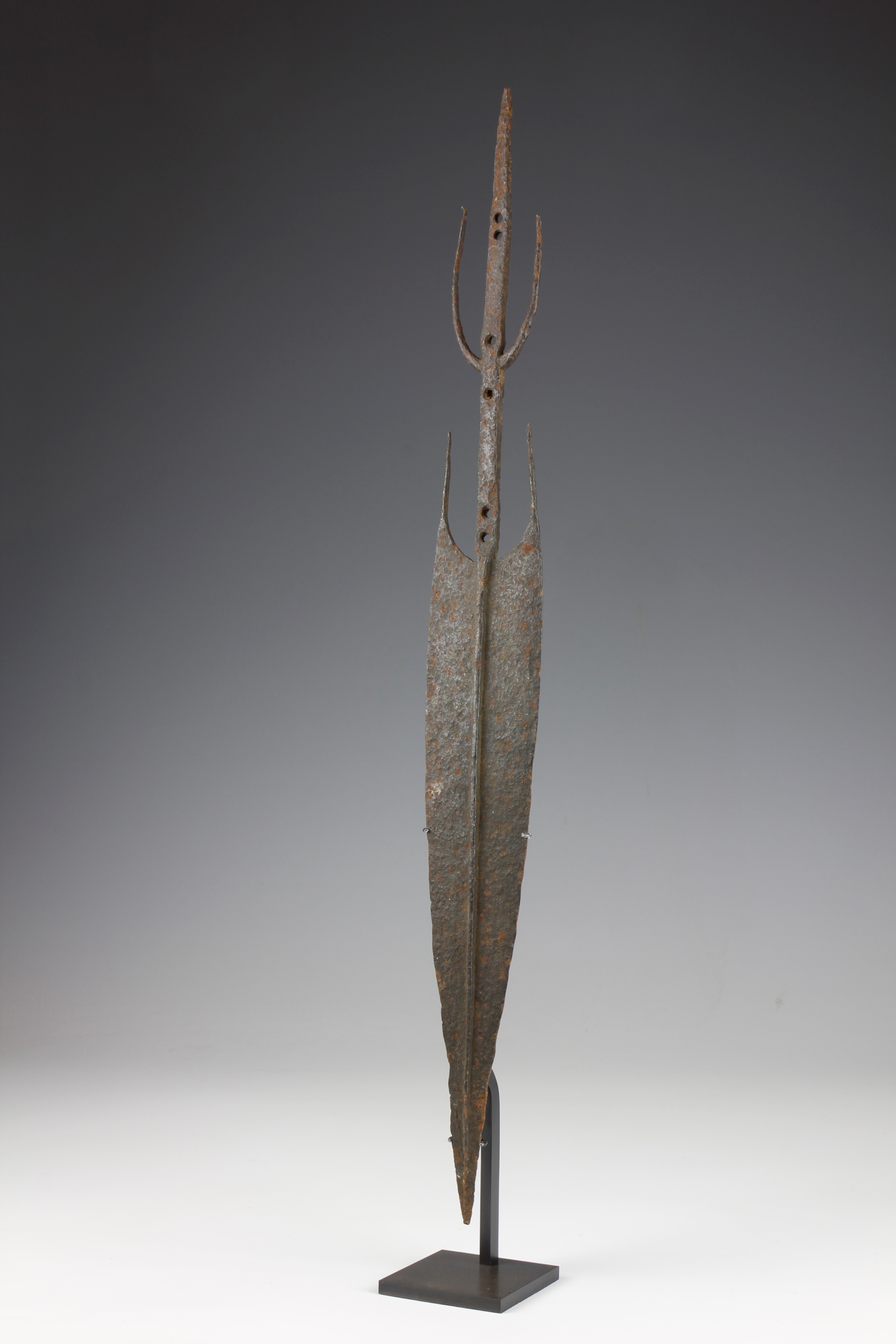