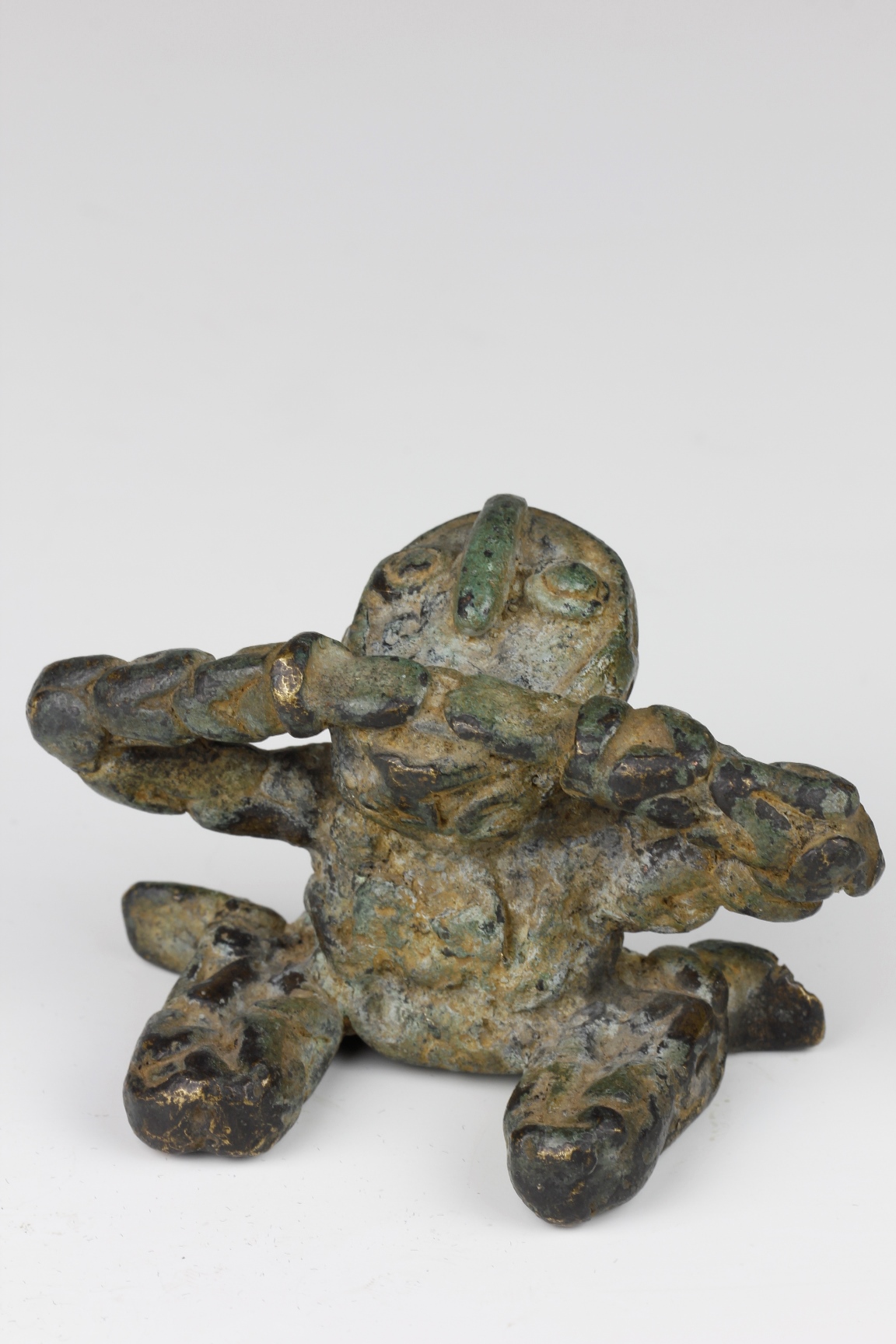 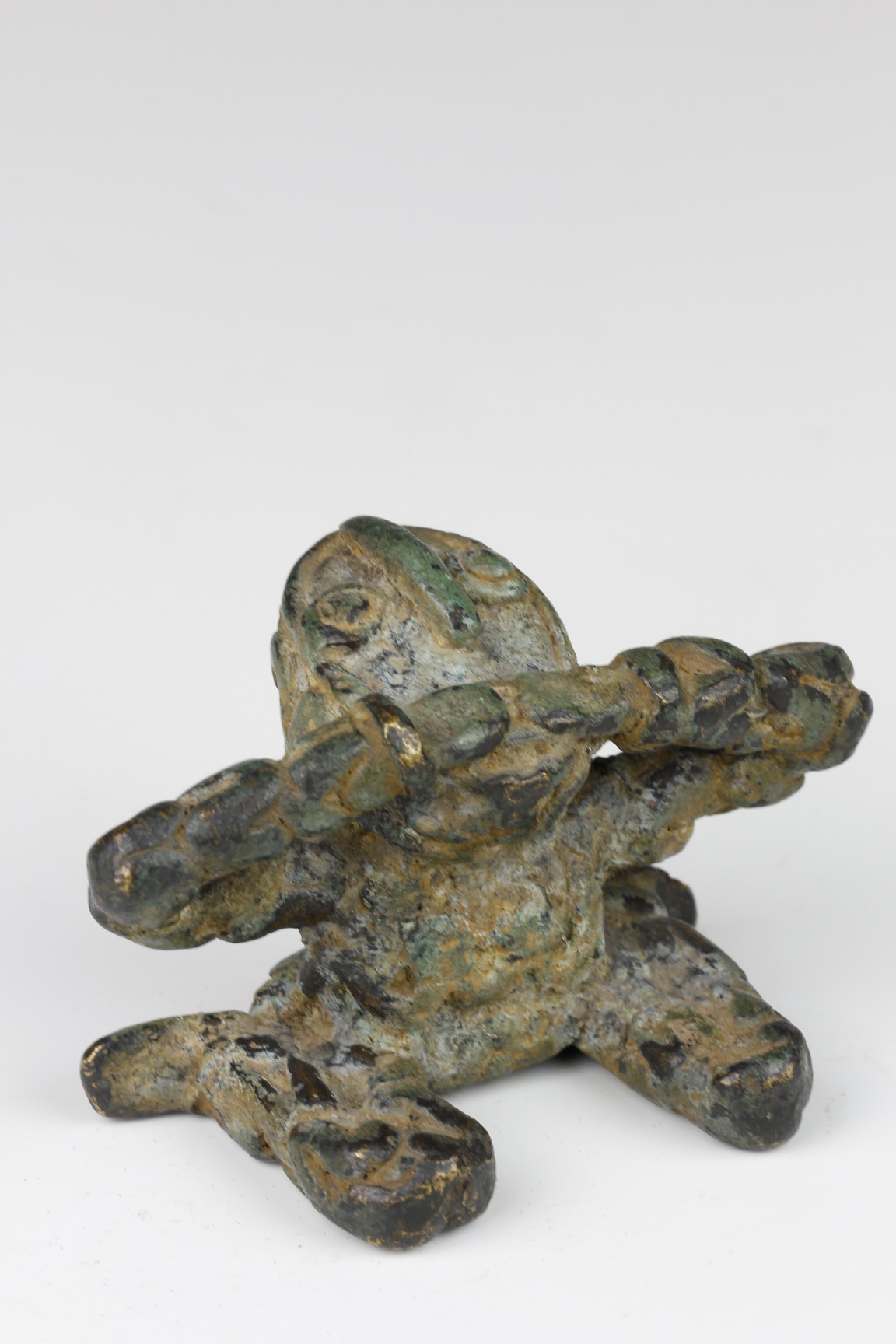 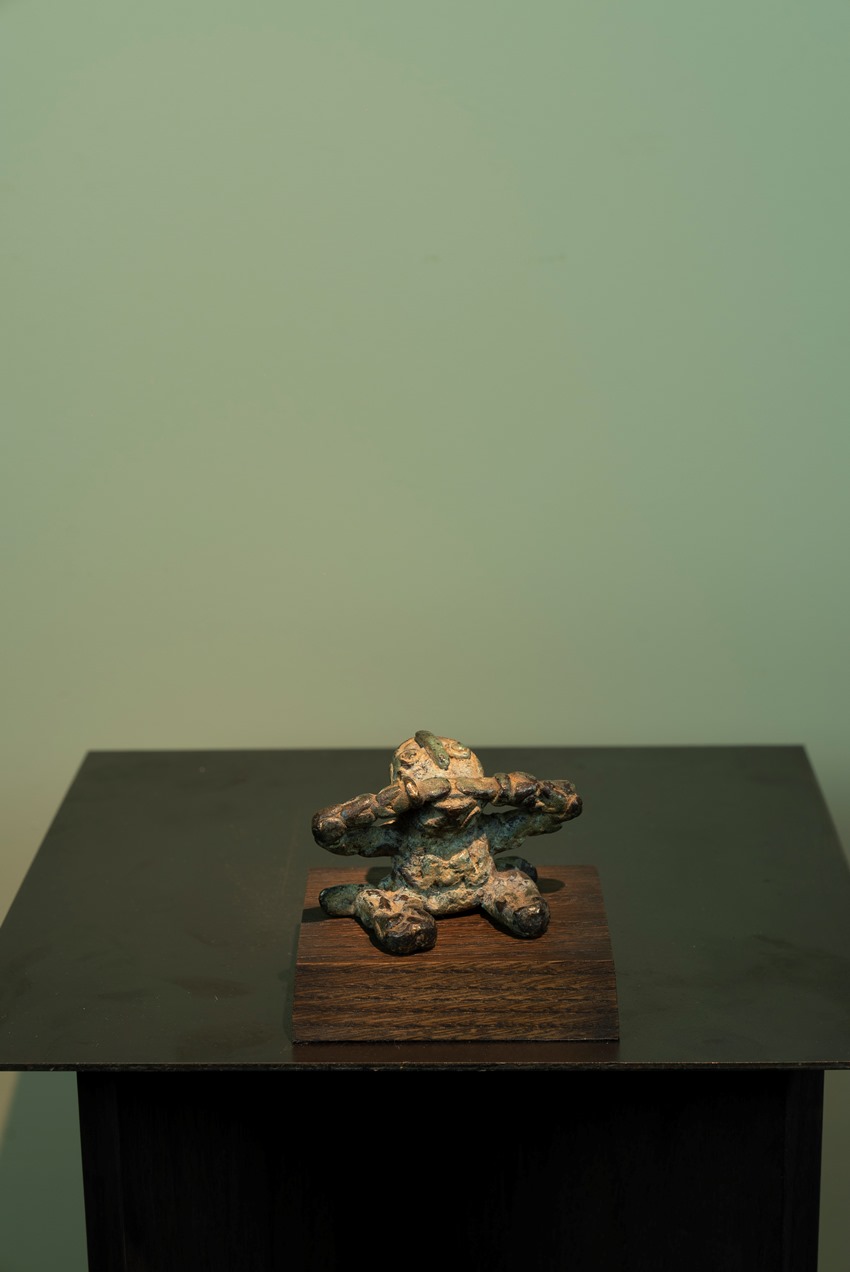 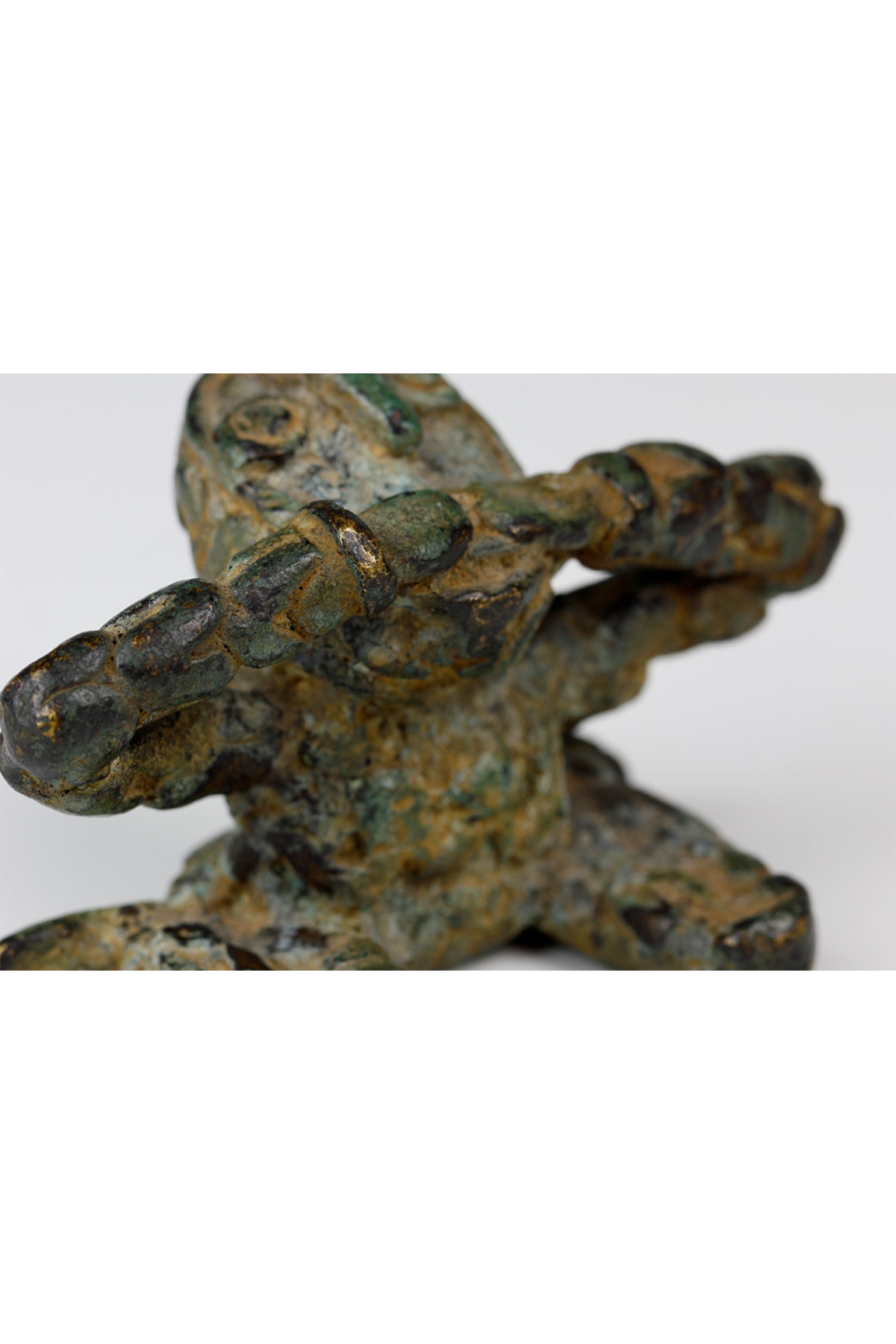 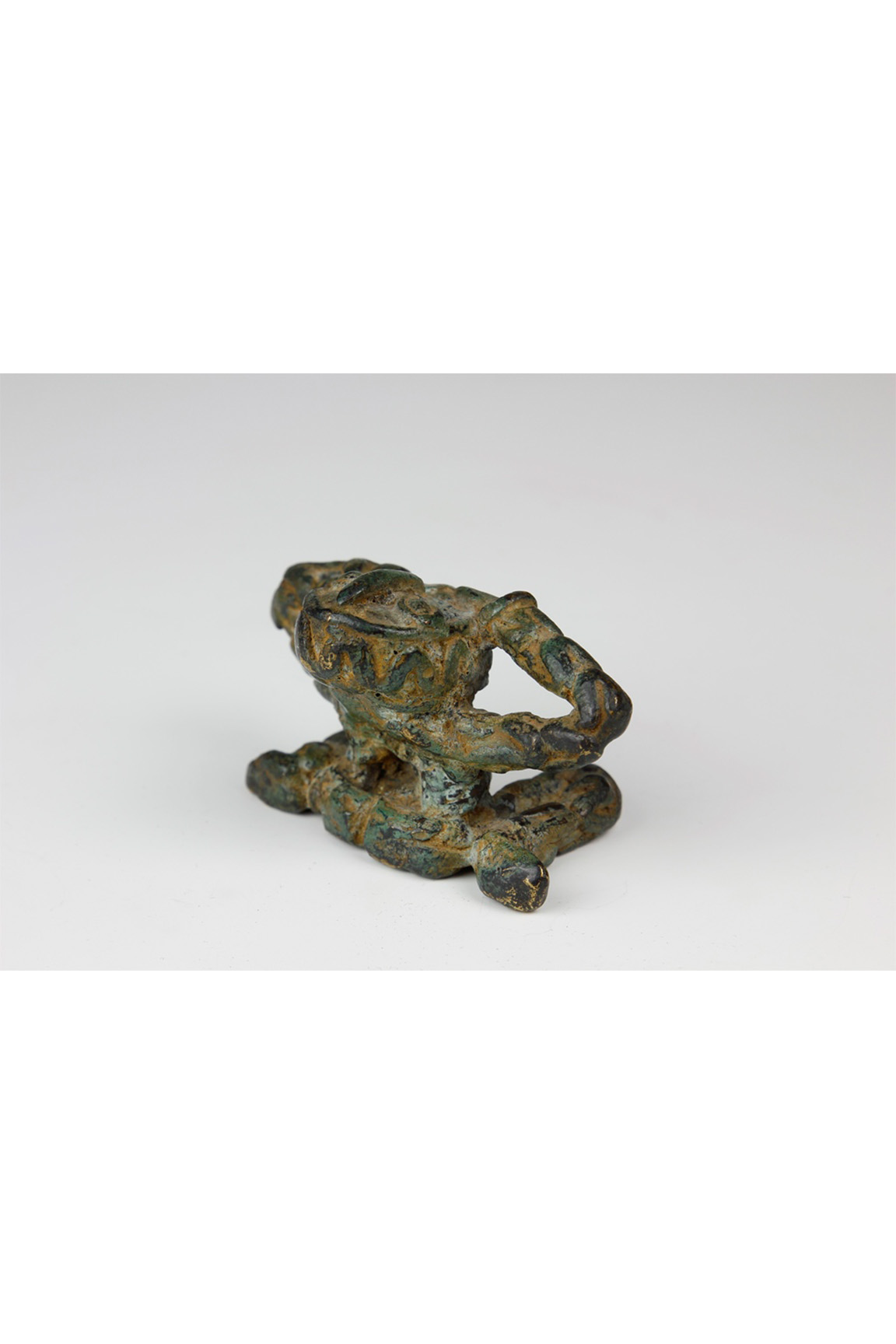 This rare crouching bronze figure was possibly used as a shrine figure. The figure consists of an unusual chain-like composition, and is depicted with its head facing upwards towards the sky, and raised arms, which turn inwards to touch its mouth. The corroded, oxidized surface of the figure suggests it was buried for some length of time. 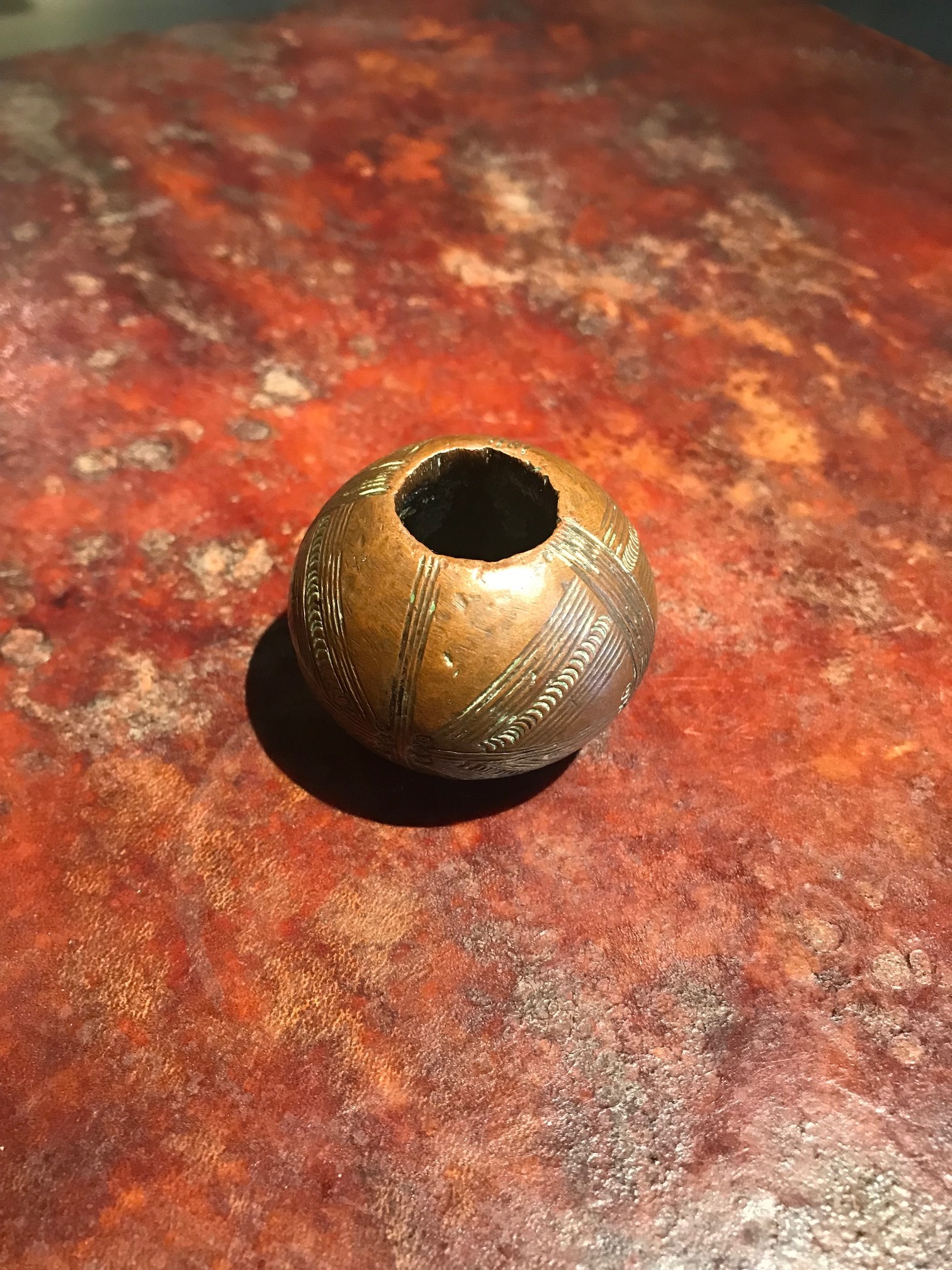 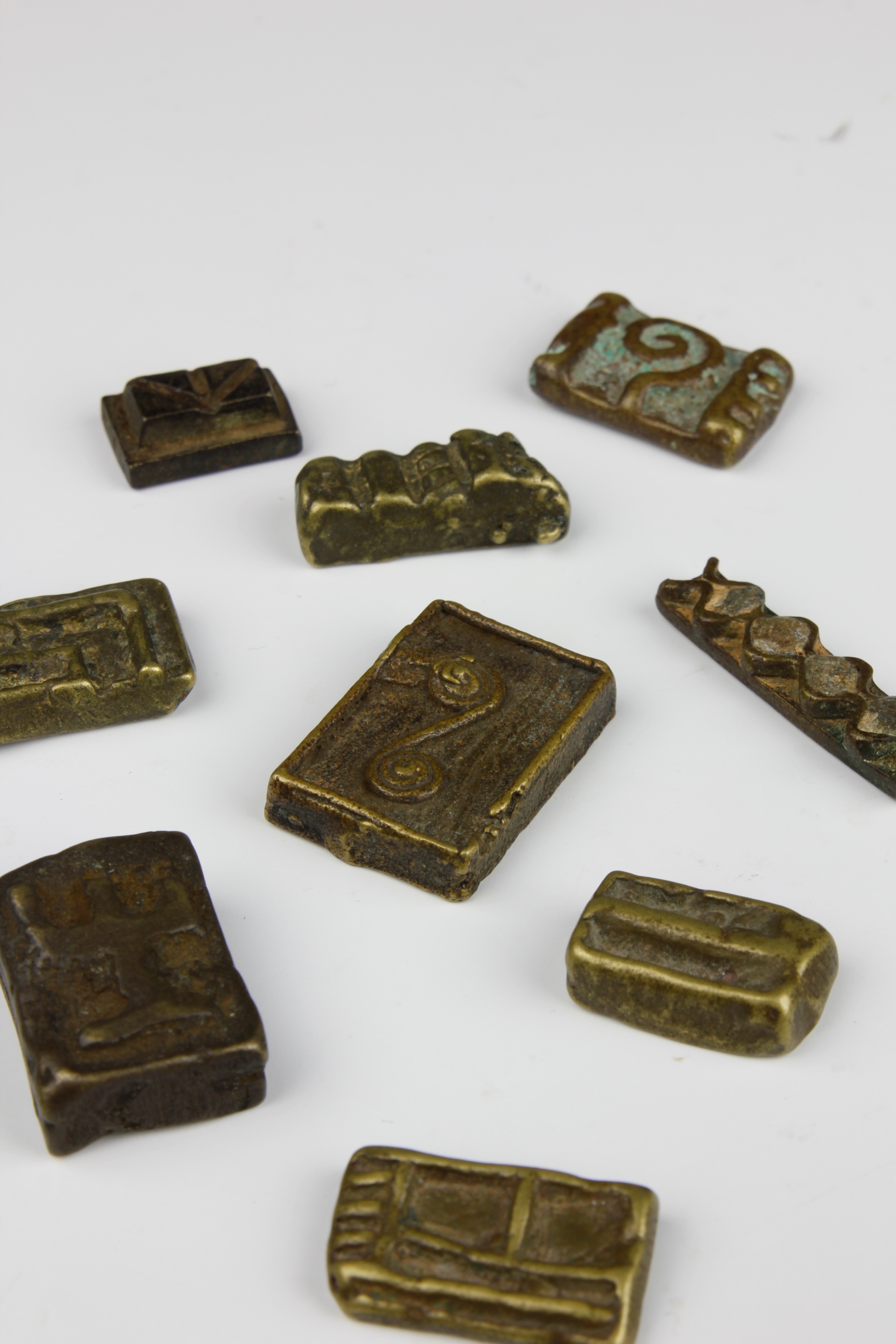 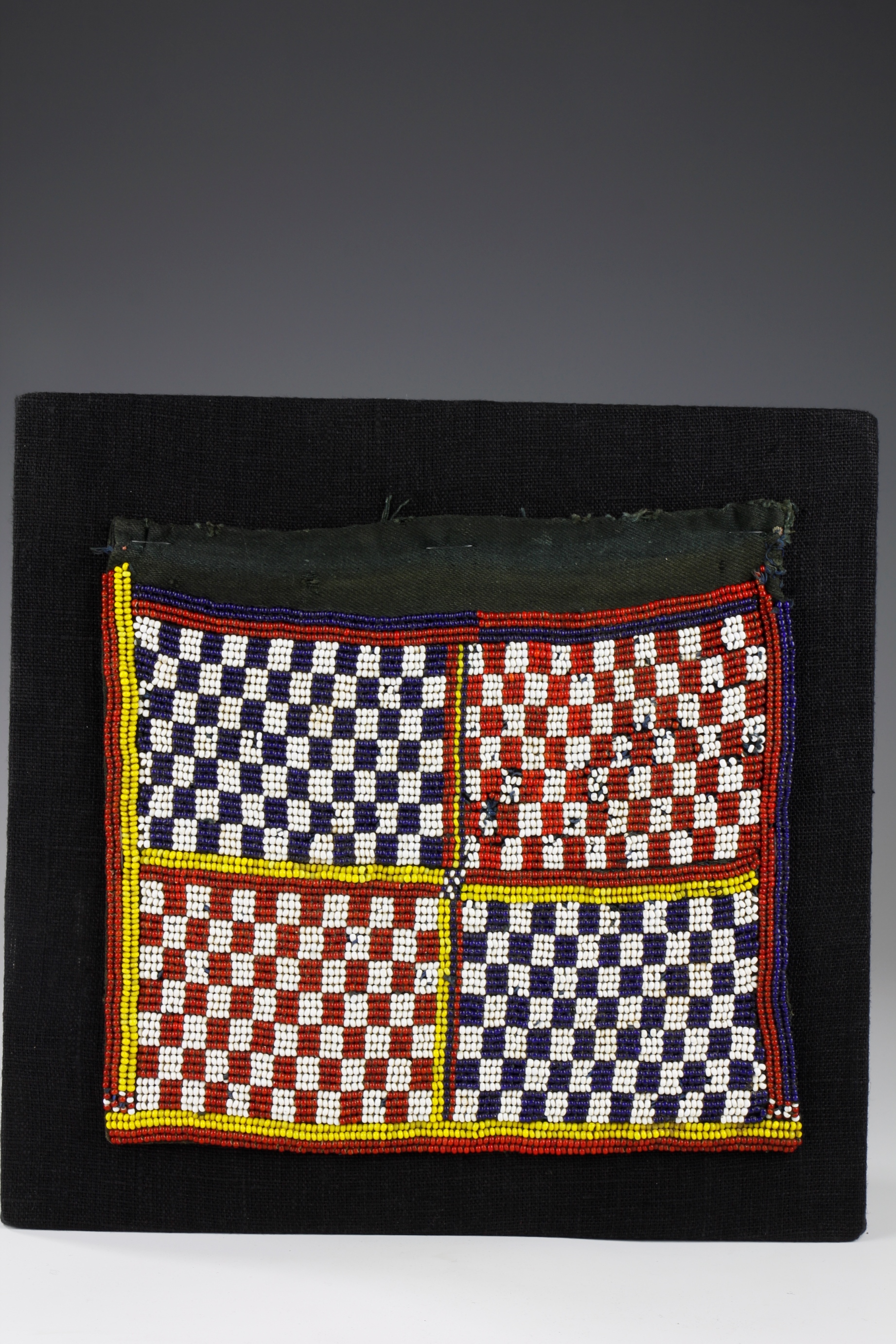