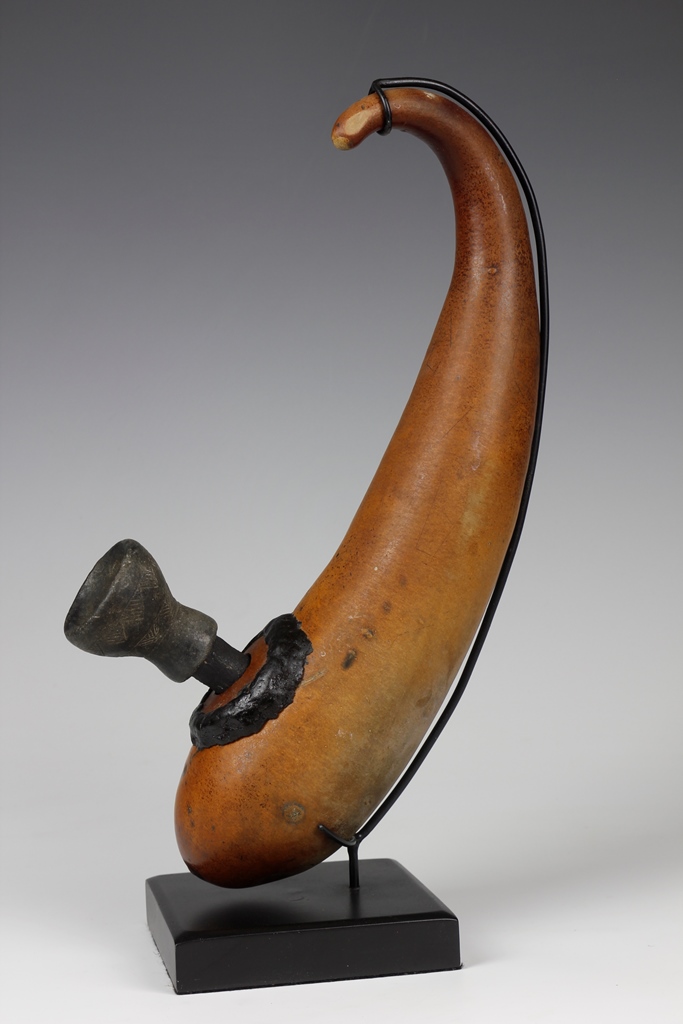 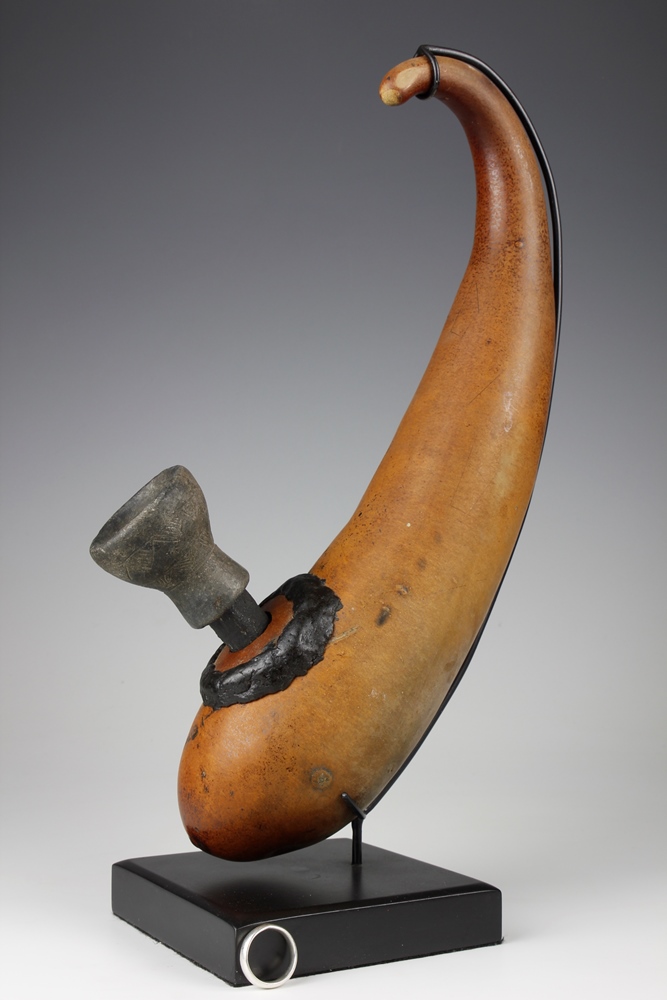 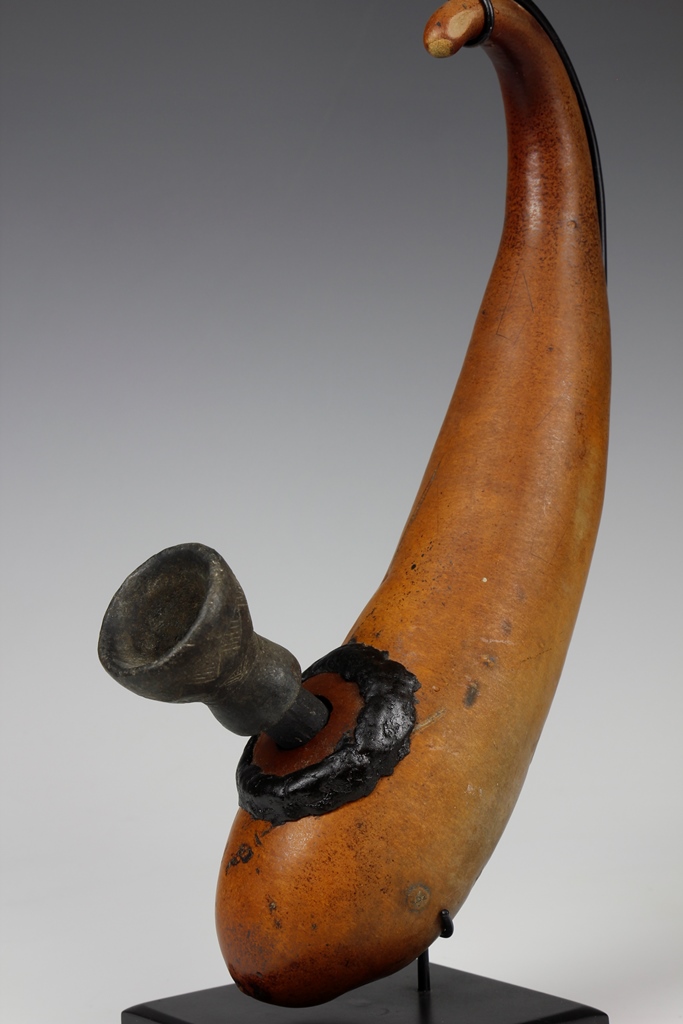 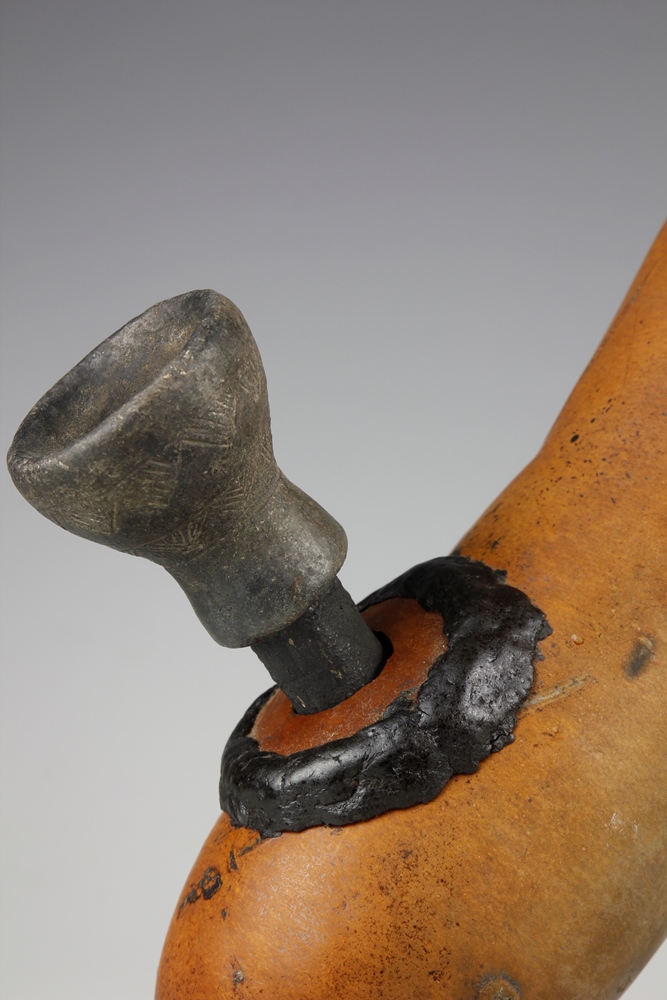 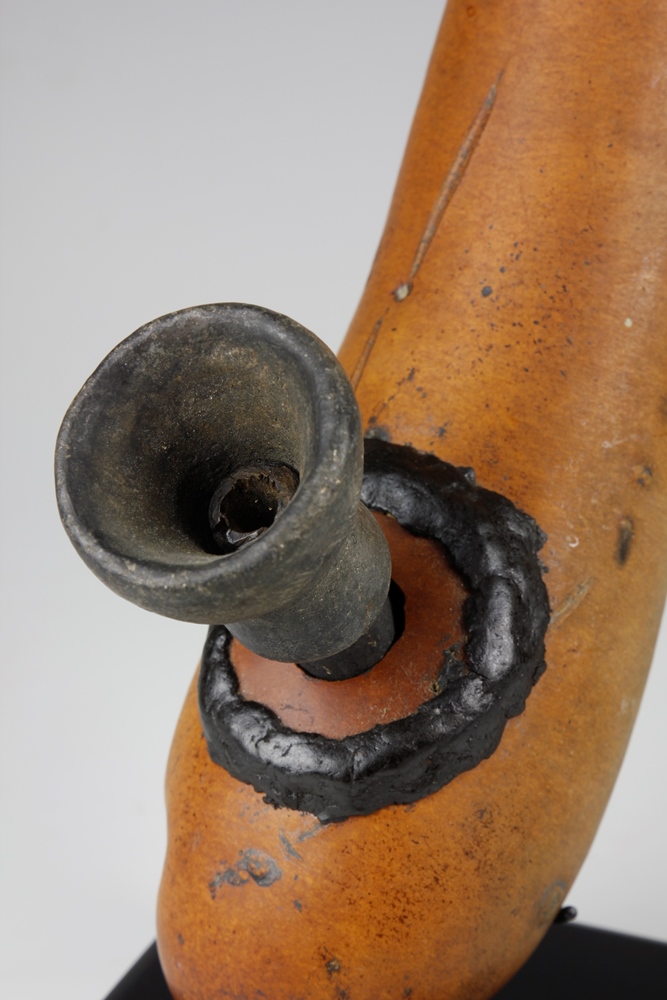 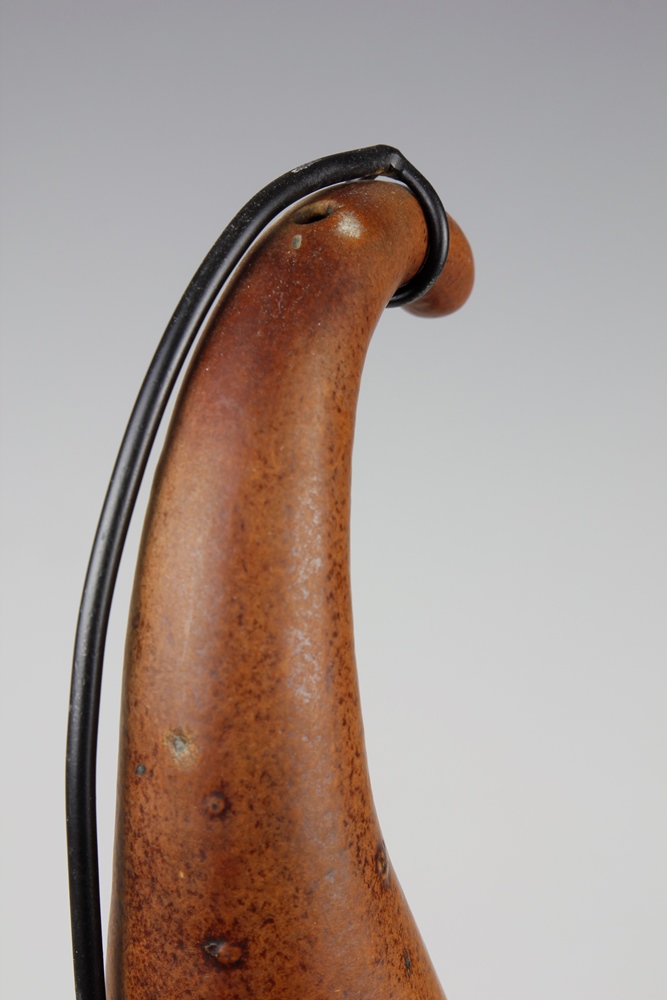 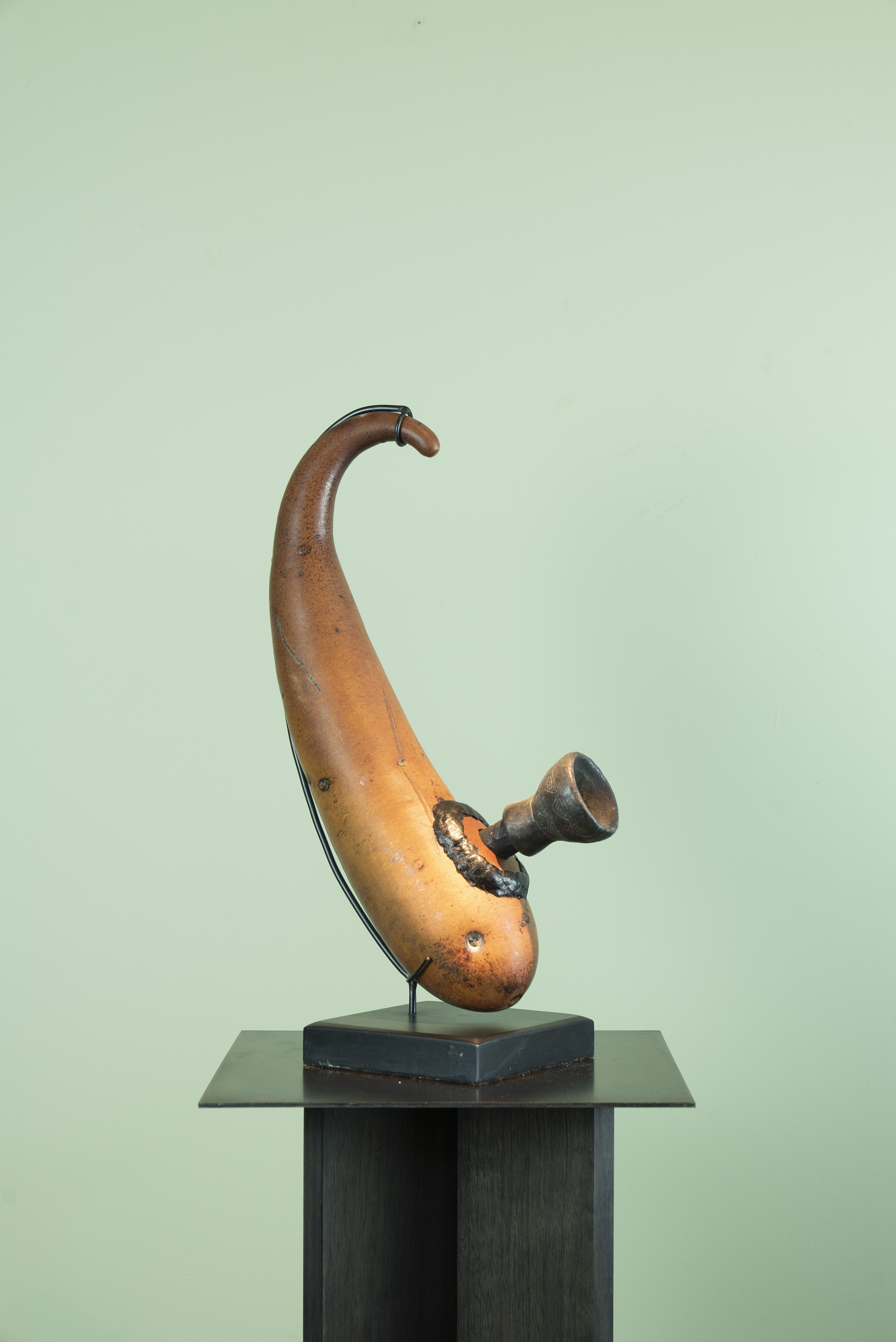 This elegant, functional pipe used by Wagogo elders follows the natural curvature of the calabash, a plant that can be grown into desired shapes. Black beeswax has been used to seal the joint between the calabash pipe and its wooden stem. Intricate pattern decorations embellish the pipe’s terracotta cup. 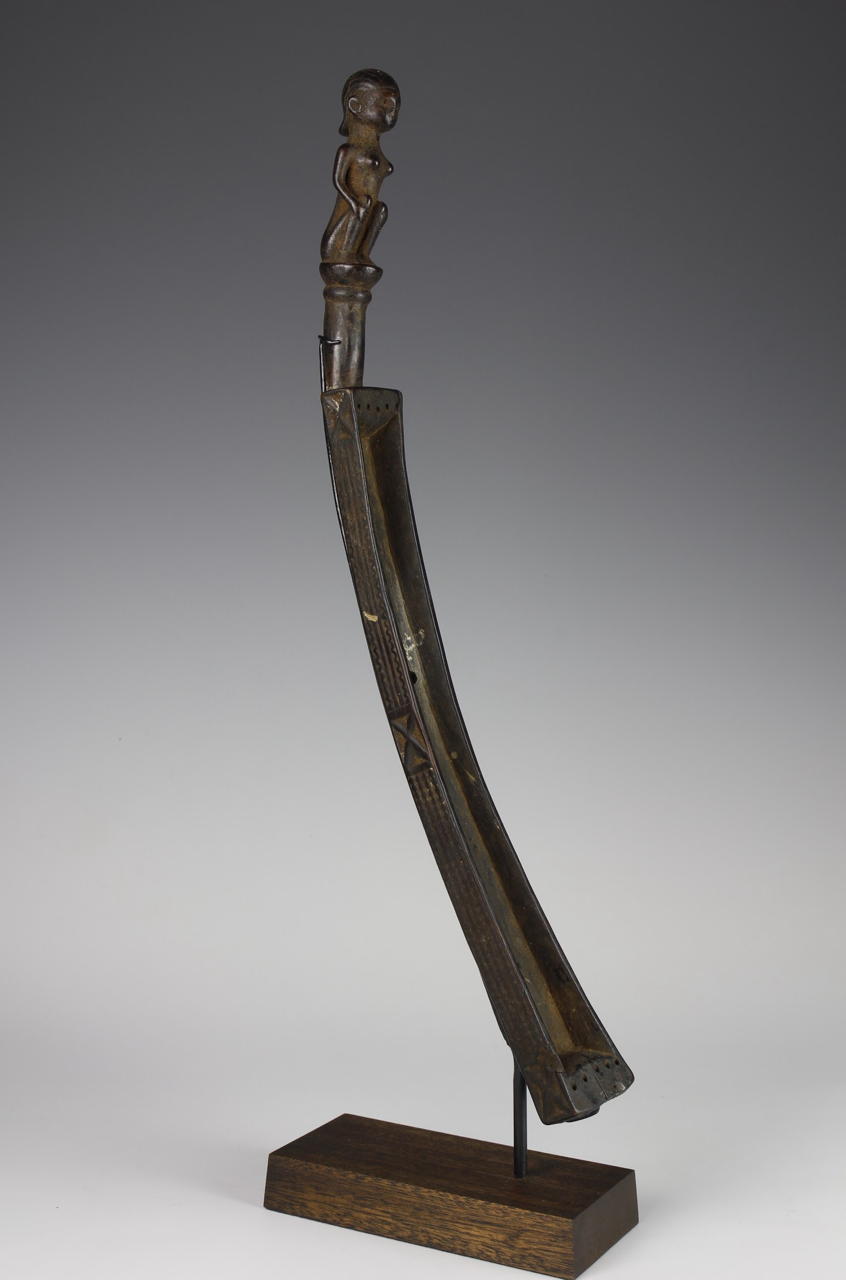 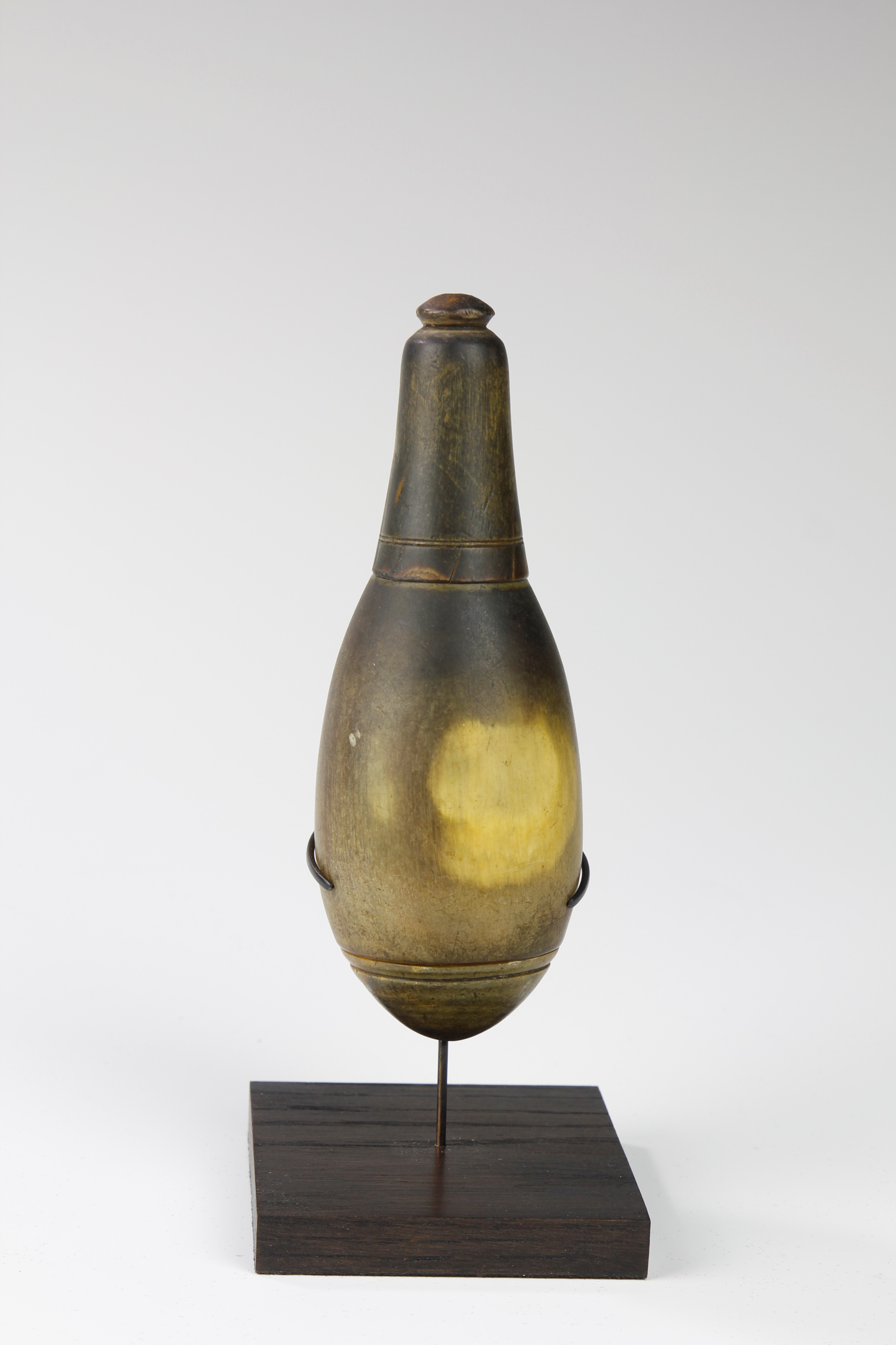 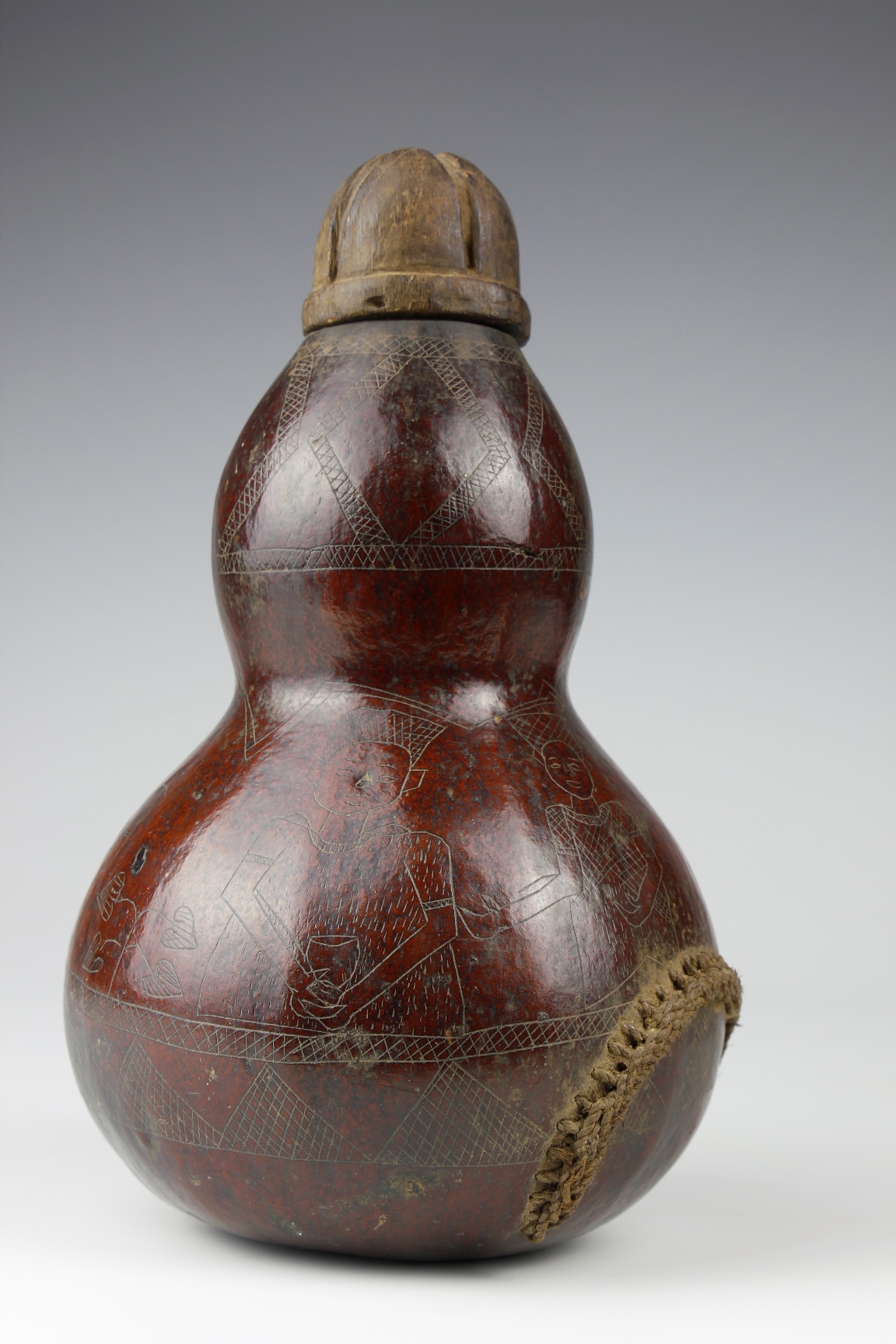