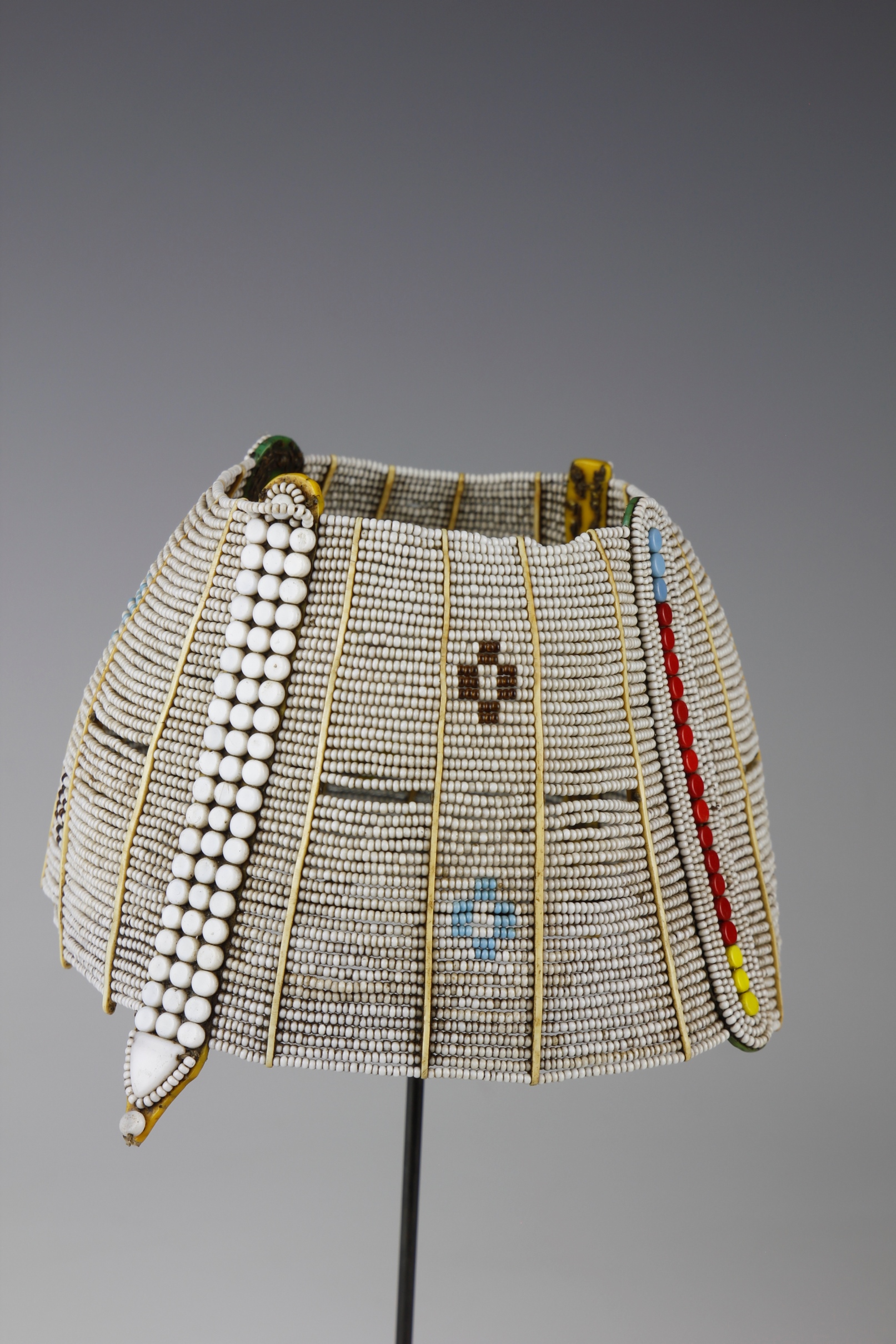 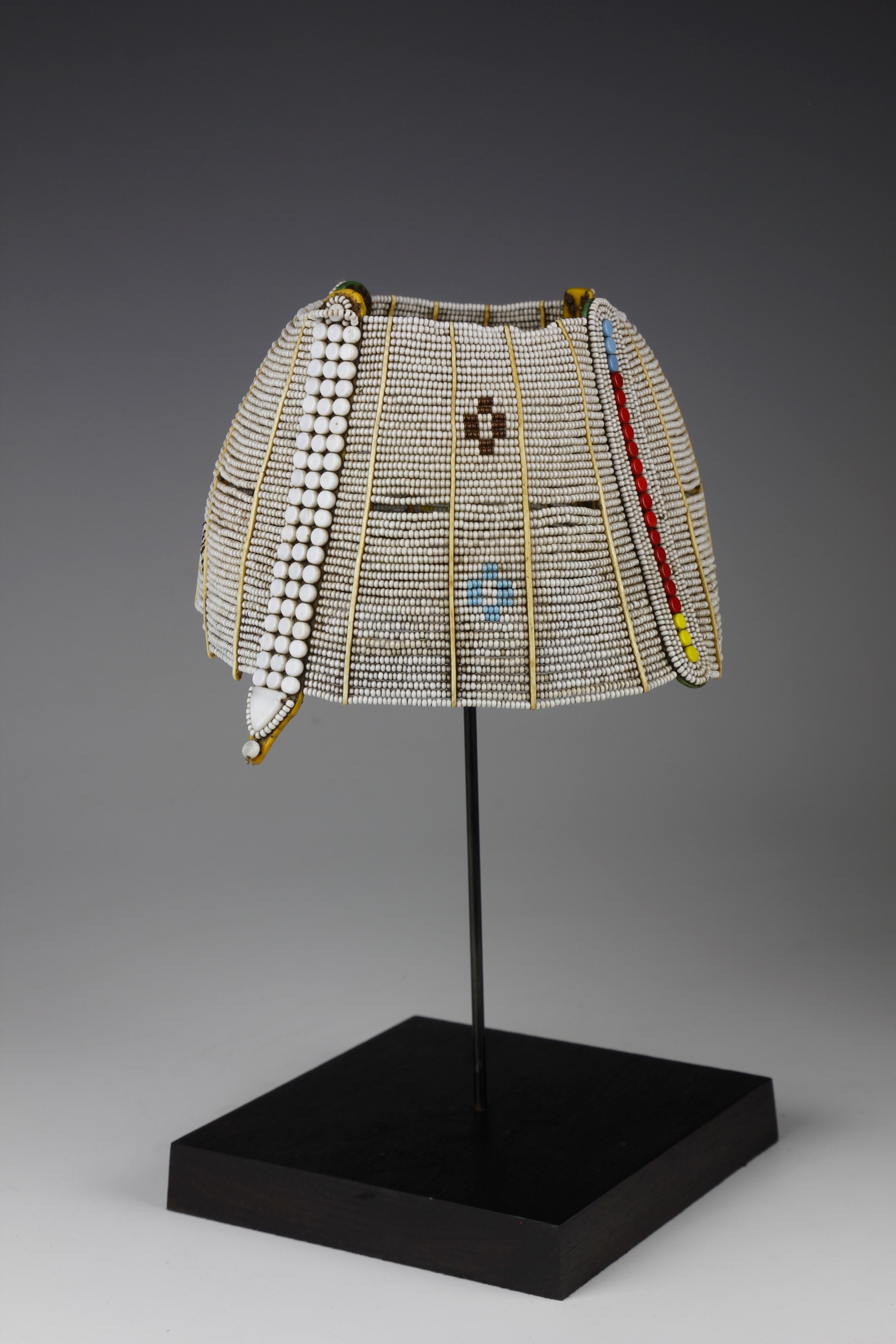 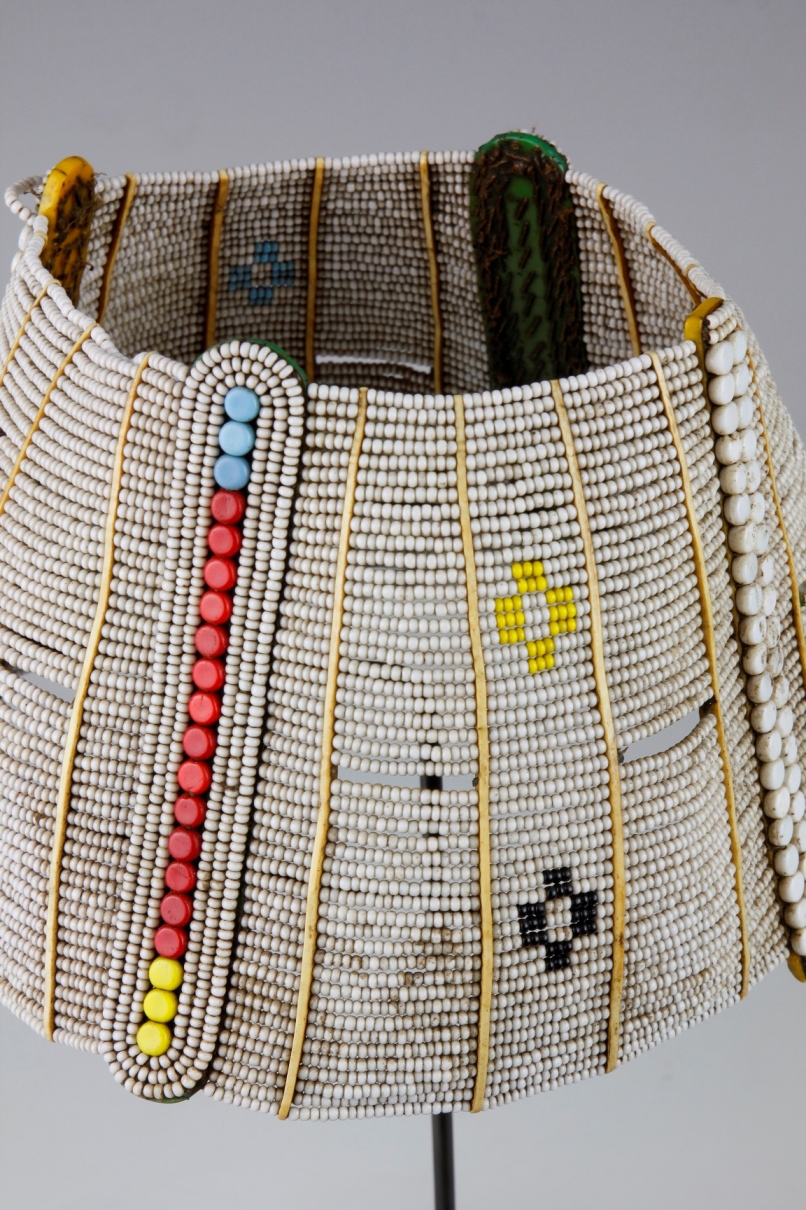 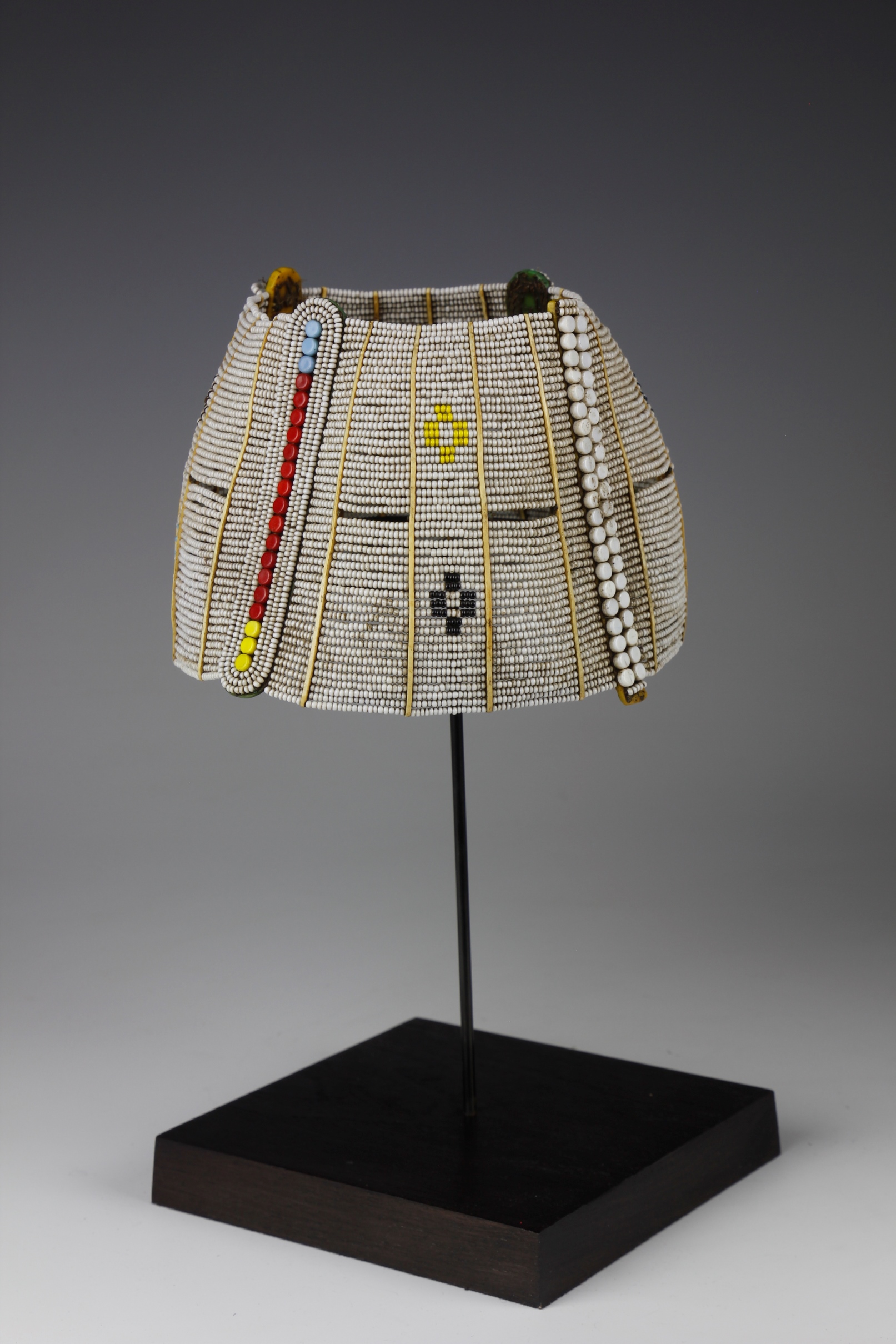 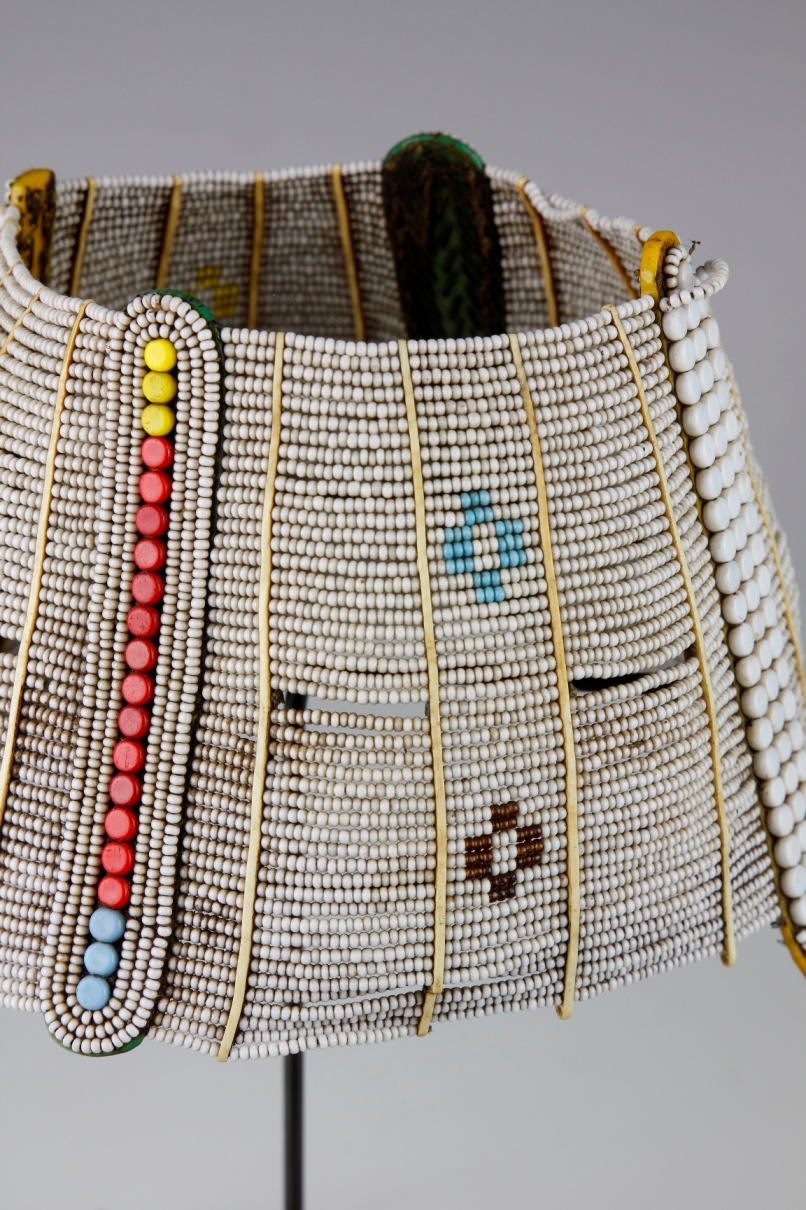 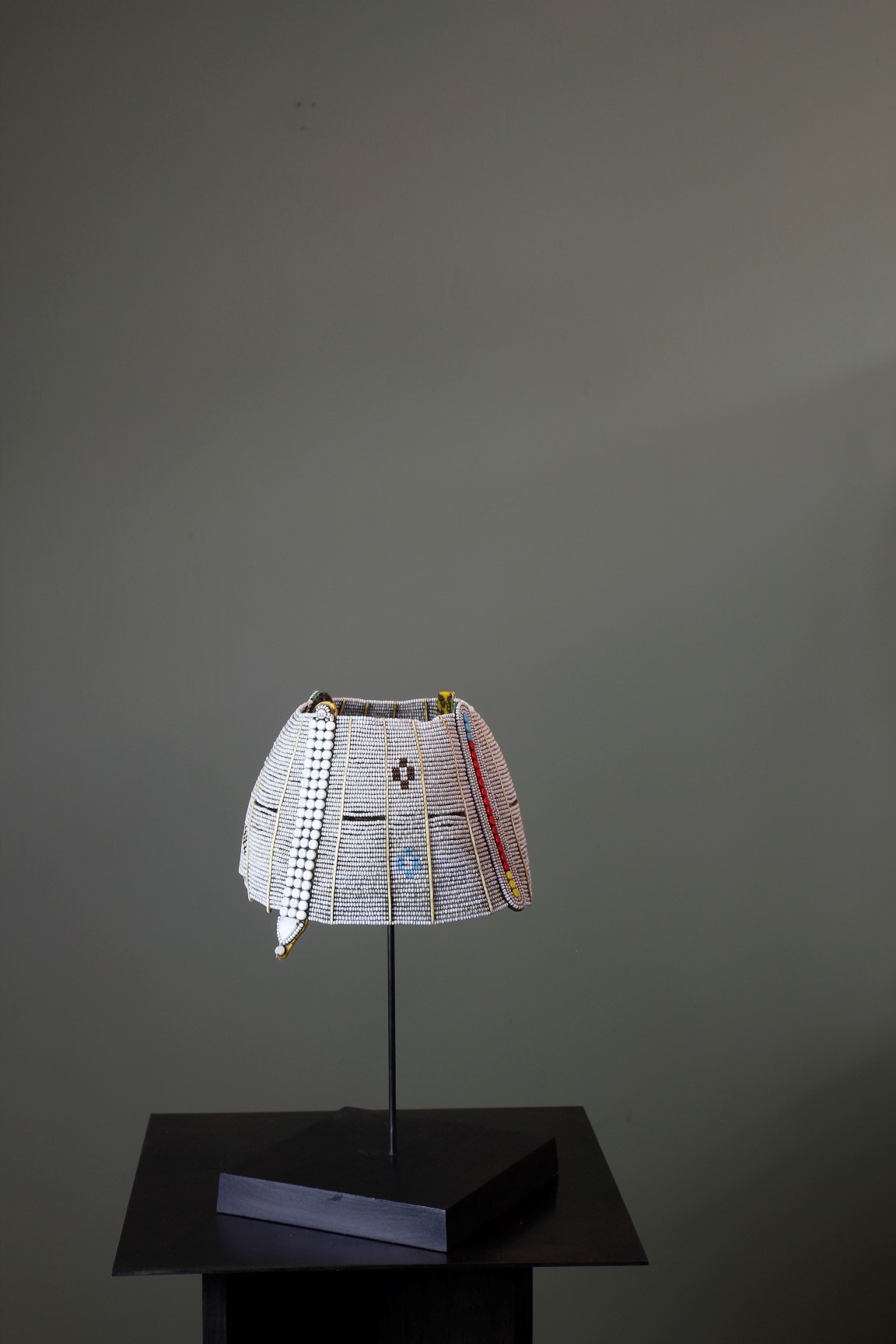 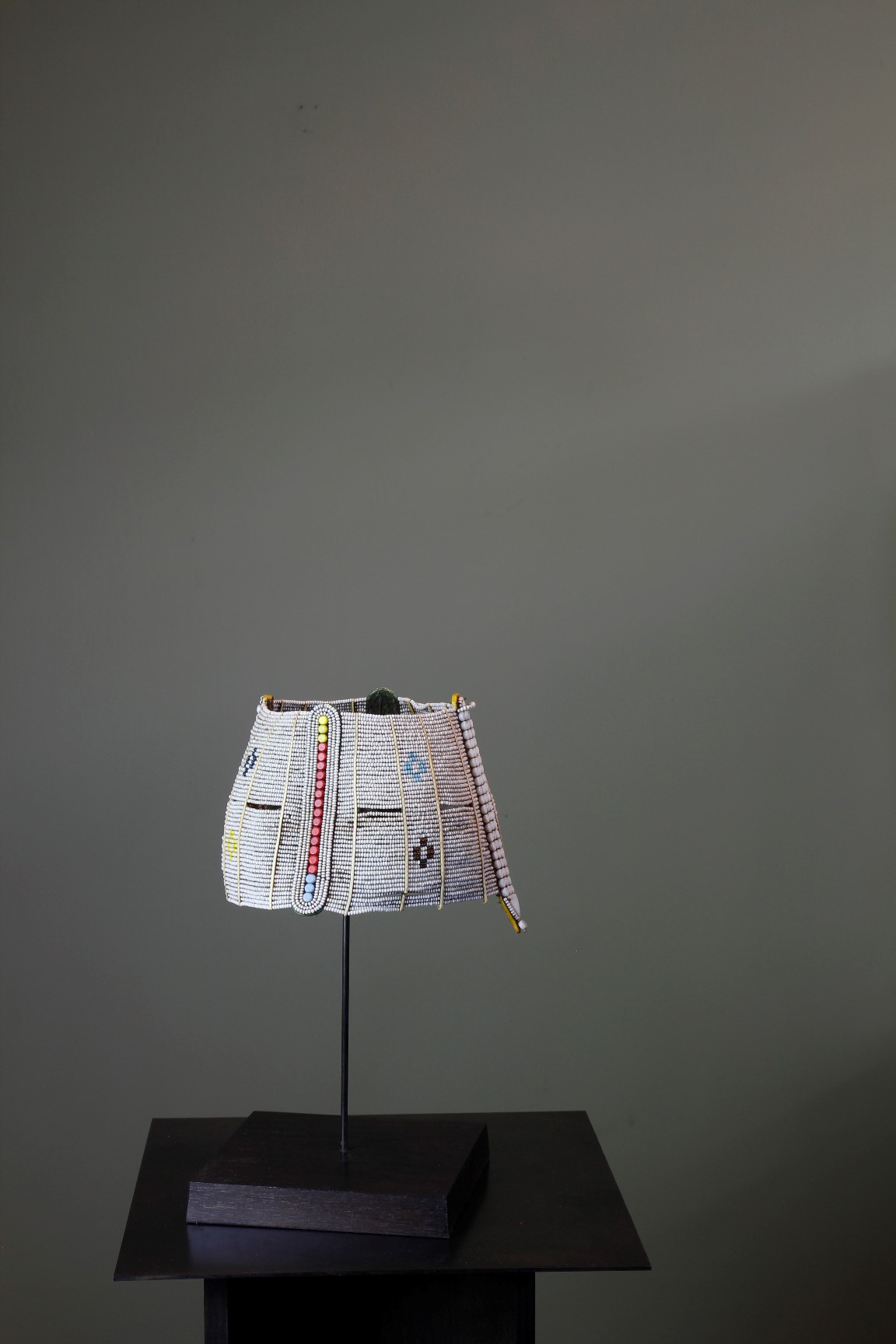 This rare cone-shaped ceremonial head adornment would have been worn as a symbol of status by a Maasai woman. Configured from intricate rows of tiny glass white beads, the tapering form of the hat allows it to sit securely on the crown of the head. The hat is decorated with coloured beads, from geometric arrangements of small coloured beads to vertical panels of larger-sized beads in white, red and yellow. White – the predominantly occurring colour of the hat– is symbolic of purity within Maasai culture.