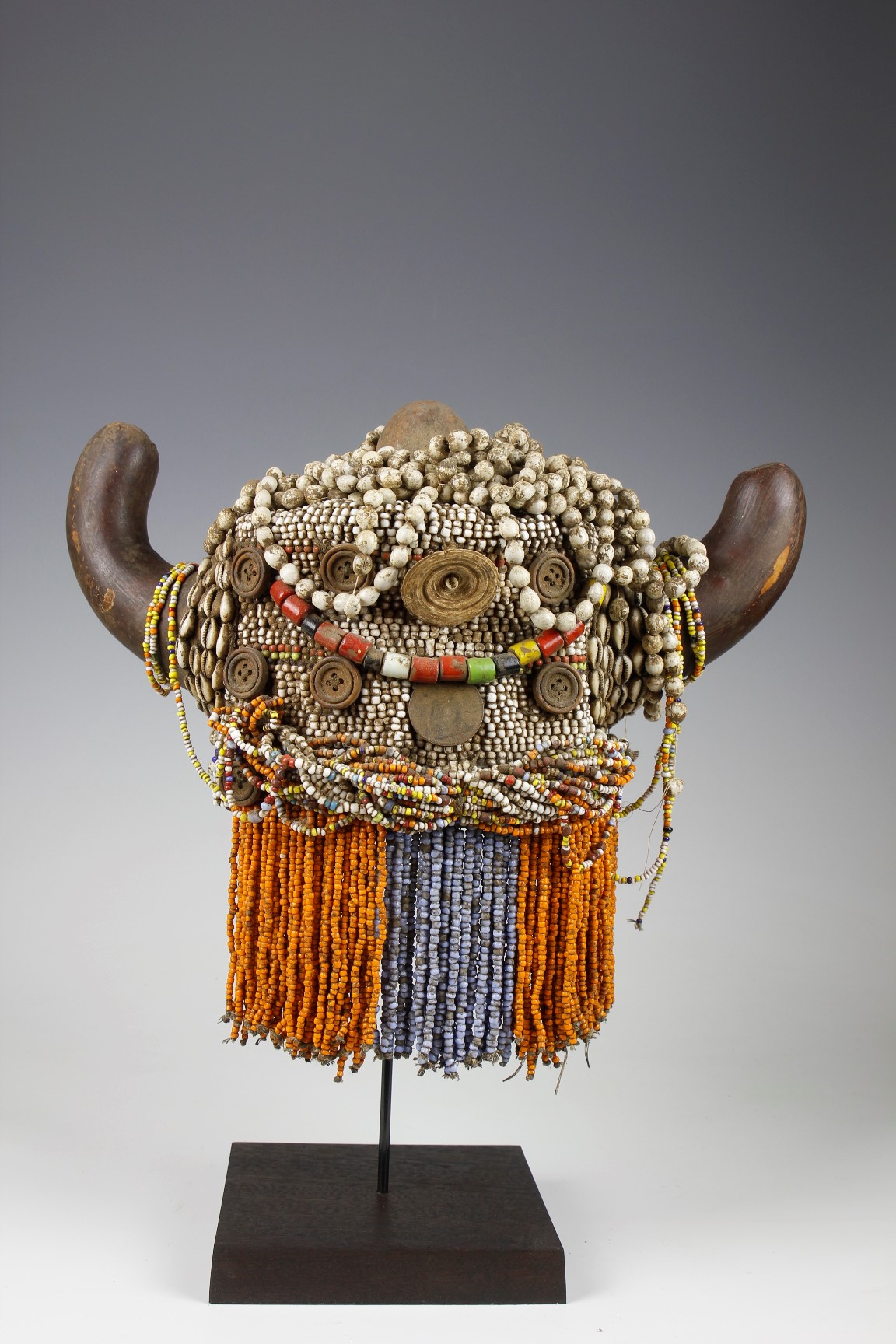 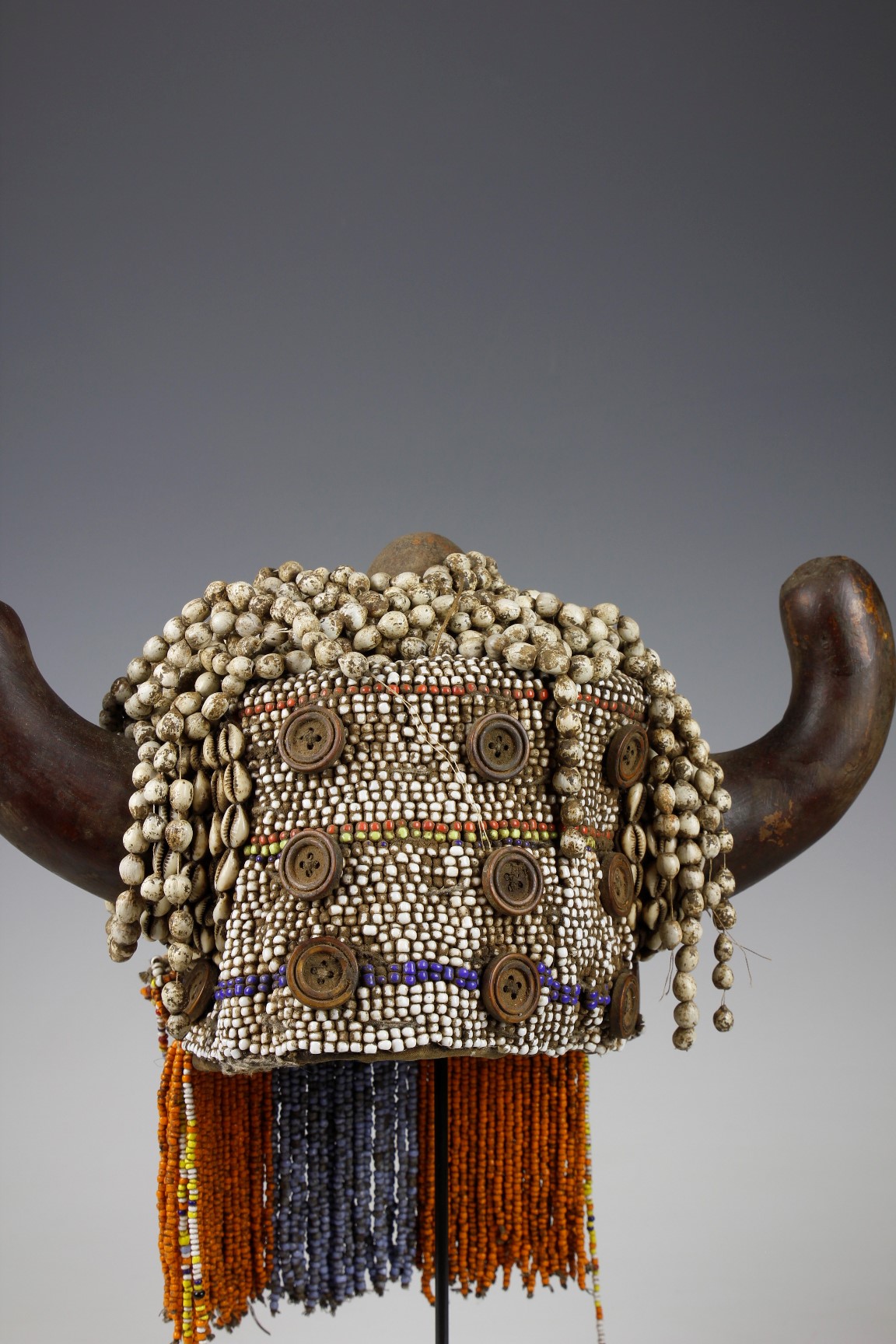 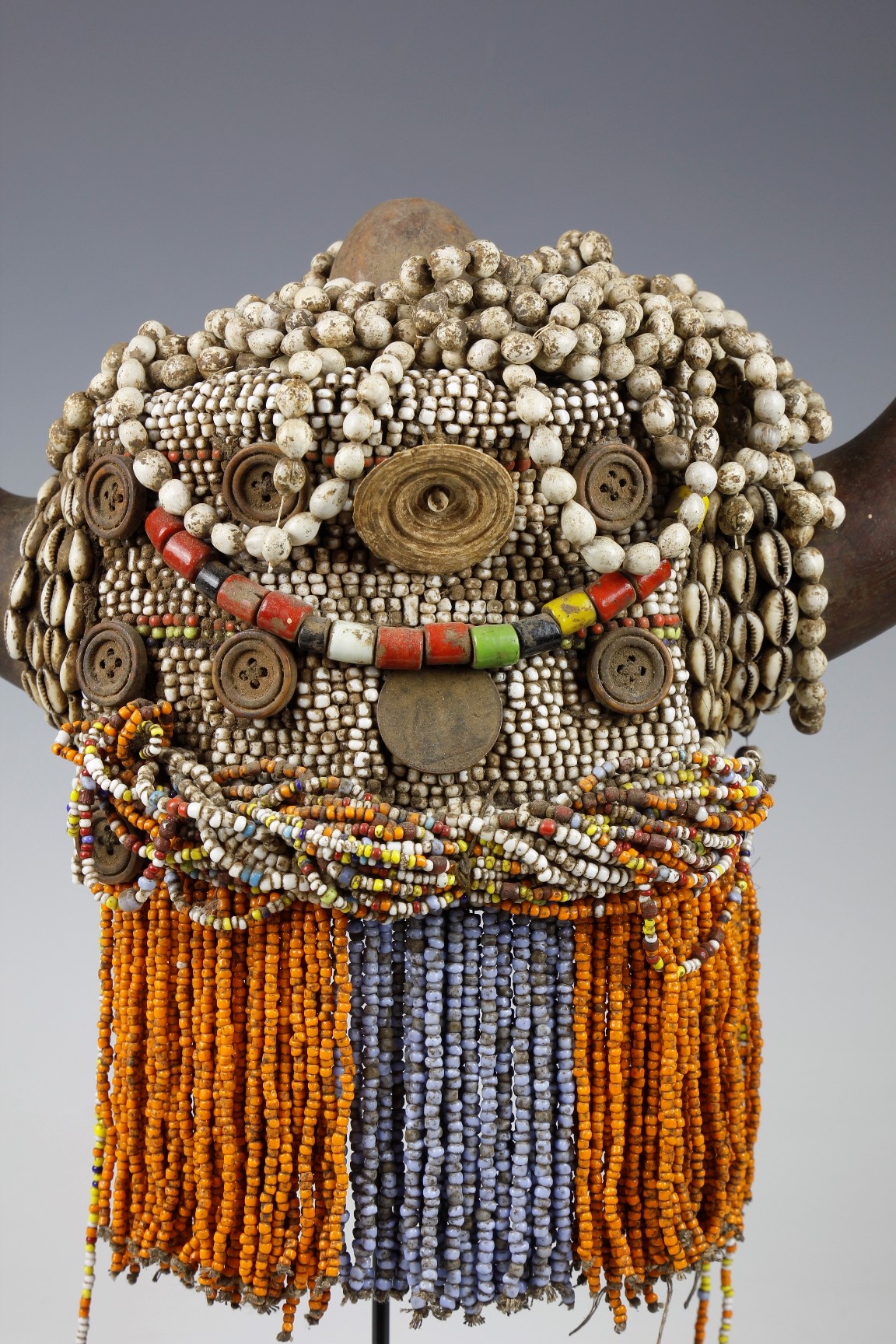 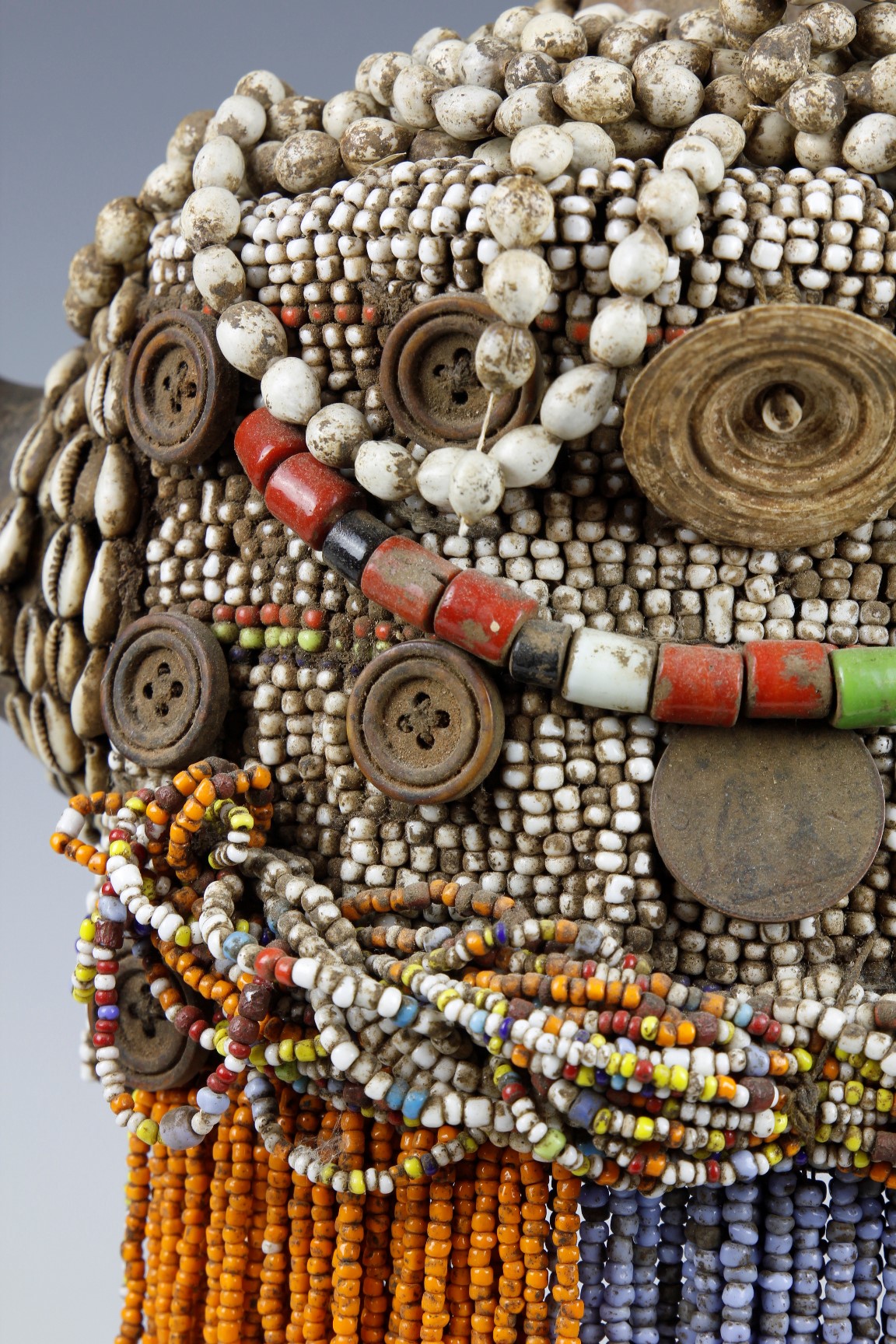 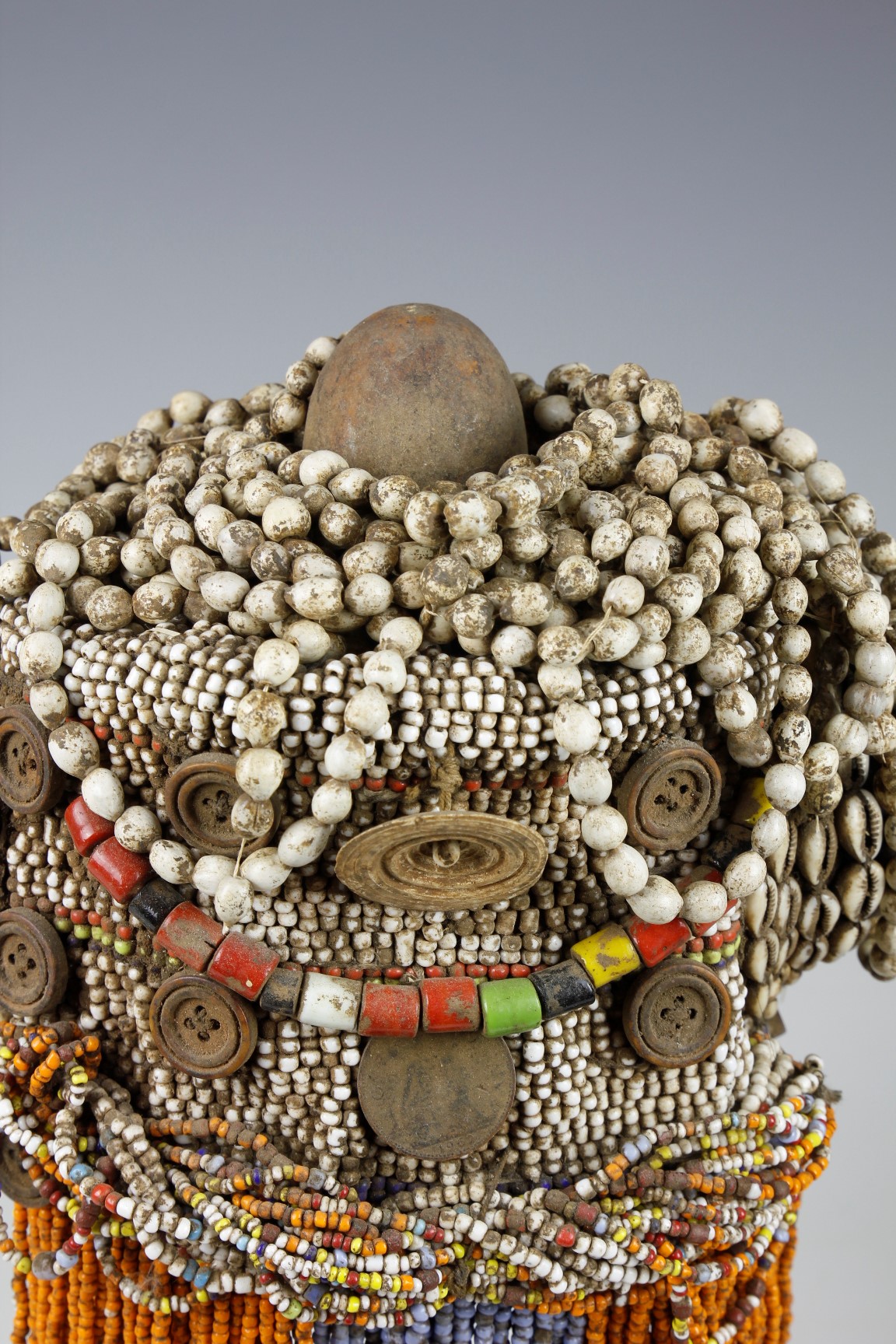 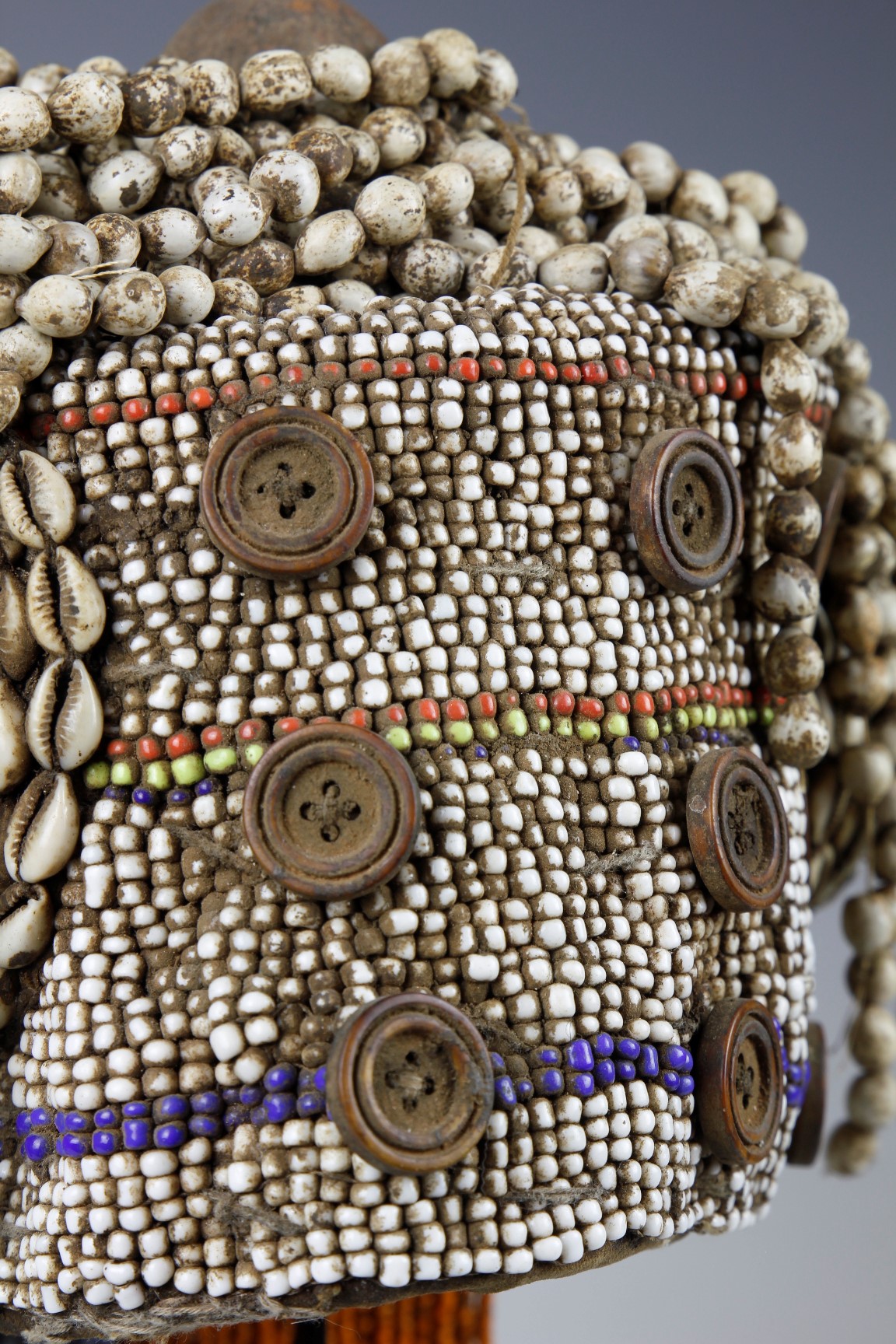 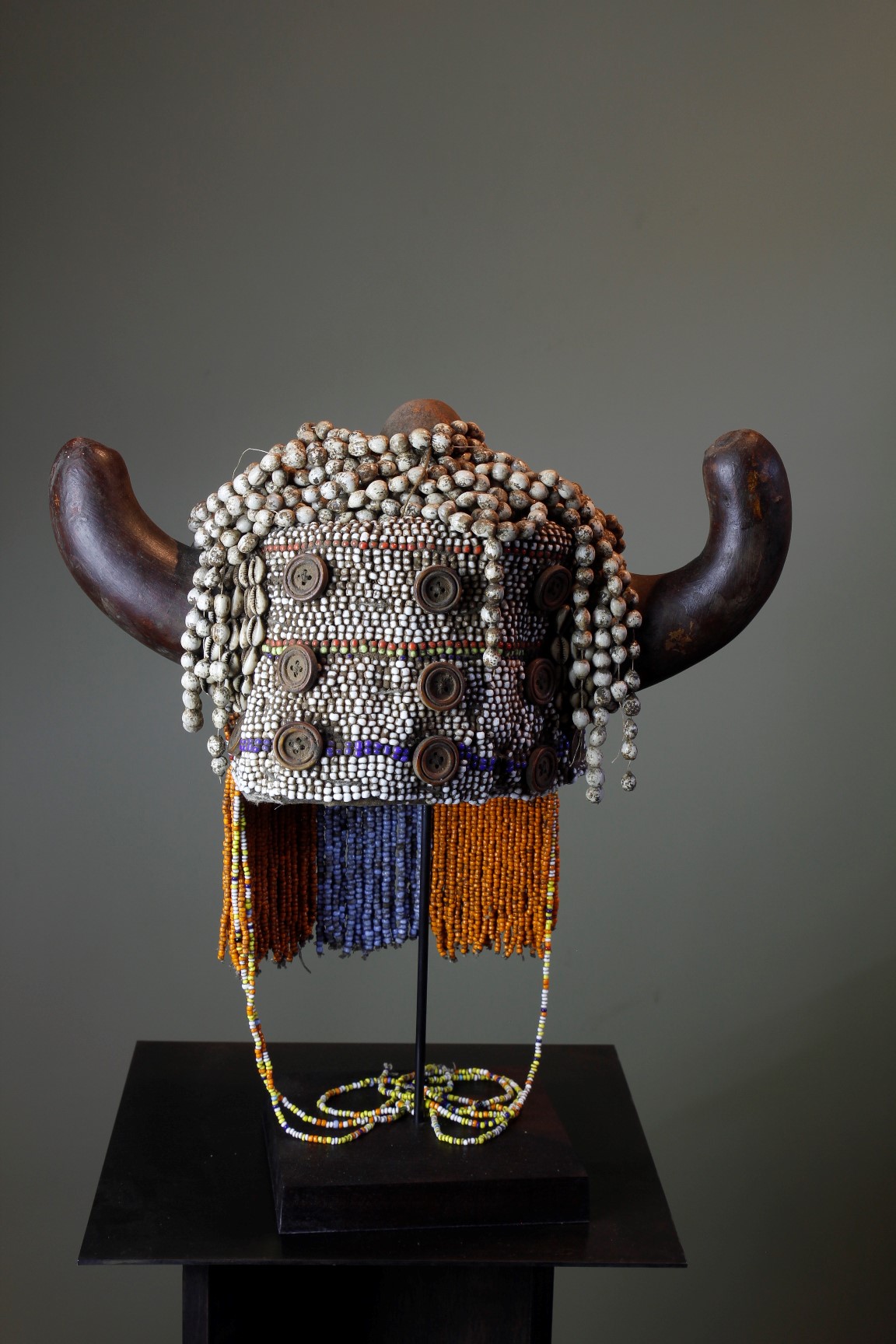 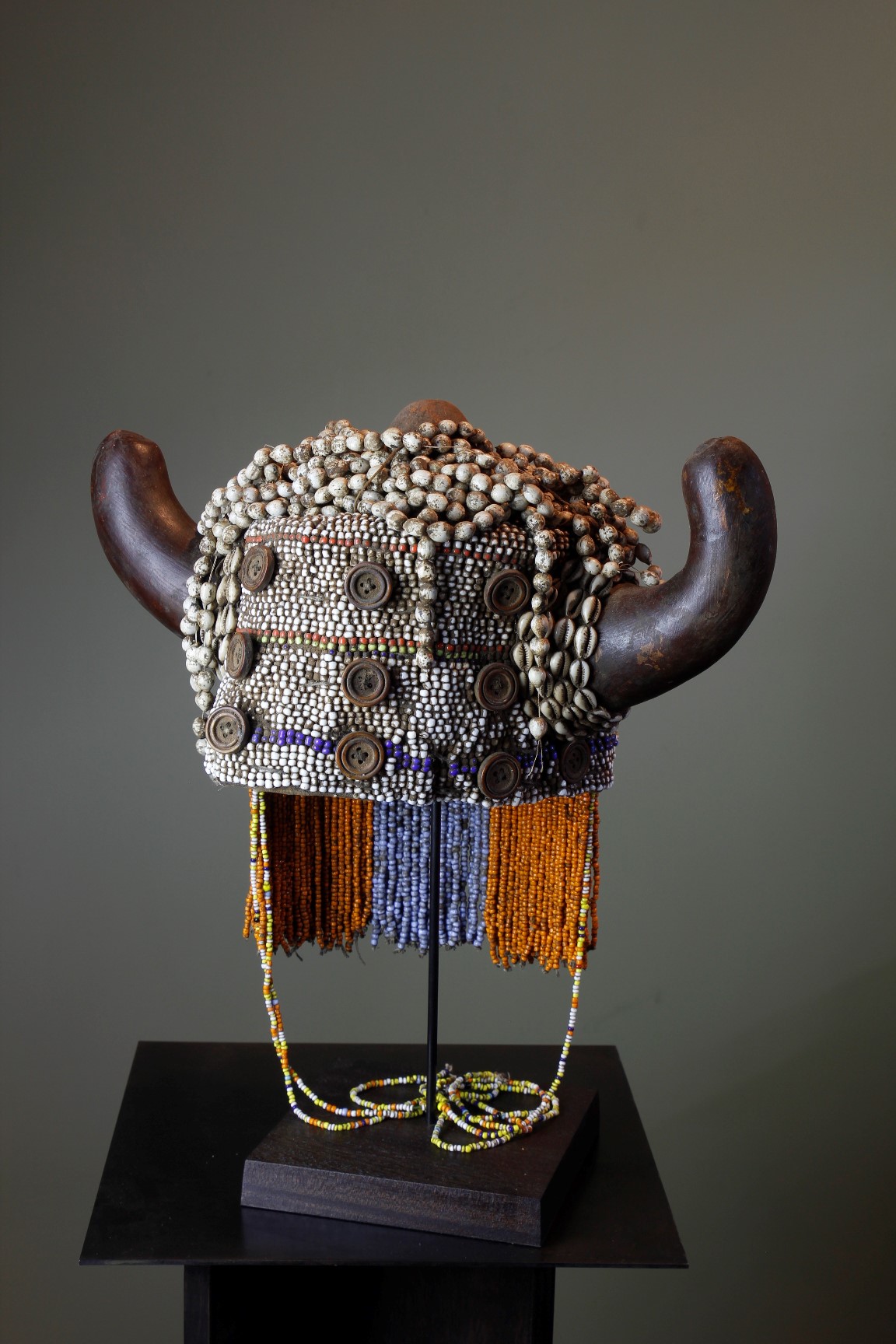 This ceremonial head adornment creates a visual allusion between the buffalo and the qualities of the chieftain. Each horn has been made from two sections of curved calabash. Among the Nyamwezi, the horns of a buffalo were symbols of strength and power.

The head adornment exhibits the creative re-working of an array of materials, from the strands of seeds wrapped around the base of the calabash horns to the hanging veil of beads. The headpiece is adorned with early glass beads and old European buttons, blending together natural and man-made ornaments. These buttons, made out of dense hardwood, were the first form of buttons traded between Europe and Africa in the nineteenth-century.

Related ethnic groups, such as the Tabwa of the eastern Democratic Republic of the Congo, also incorporate beaded veils into ceremonial head adornments. 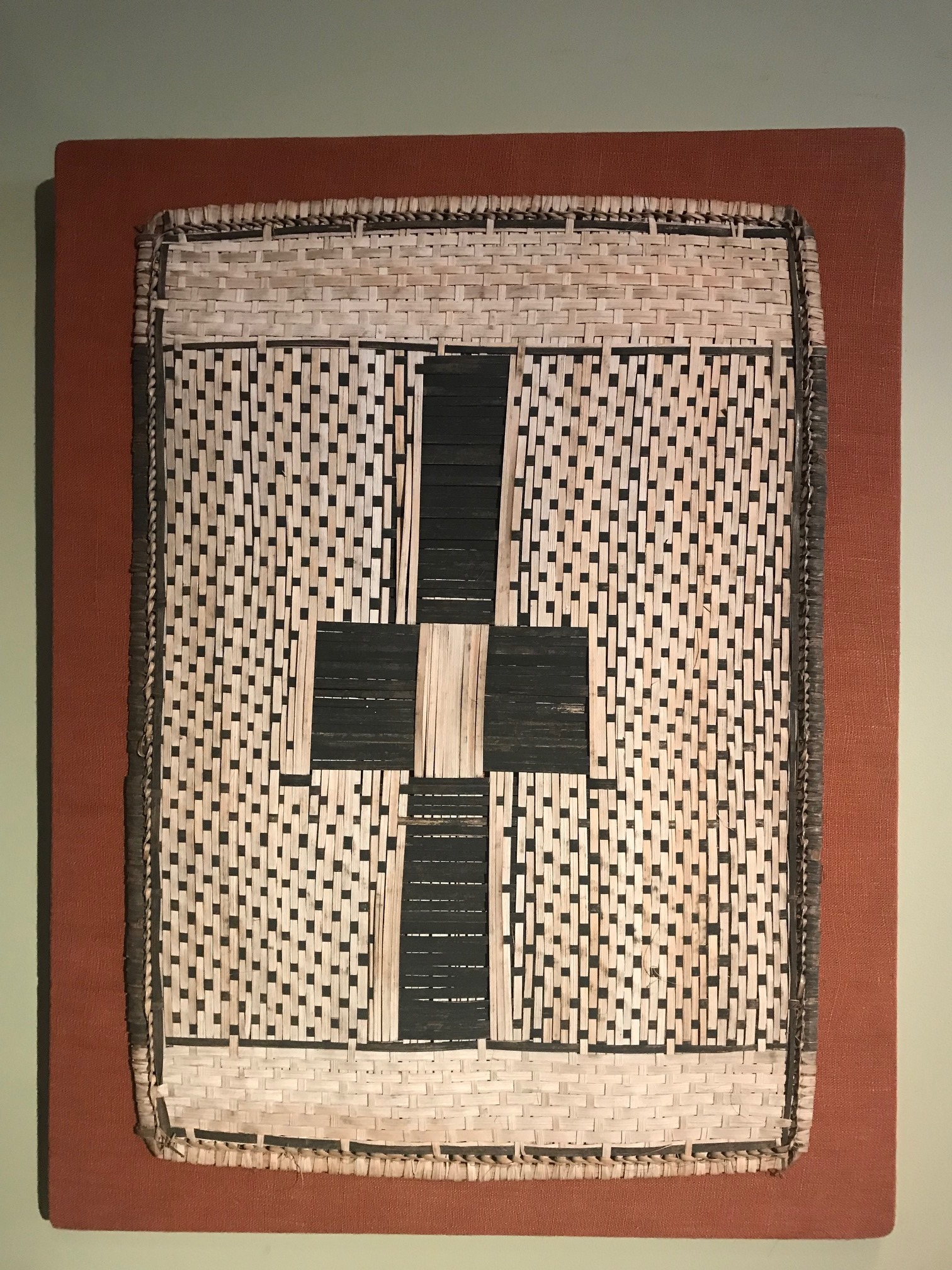 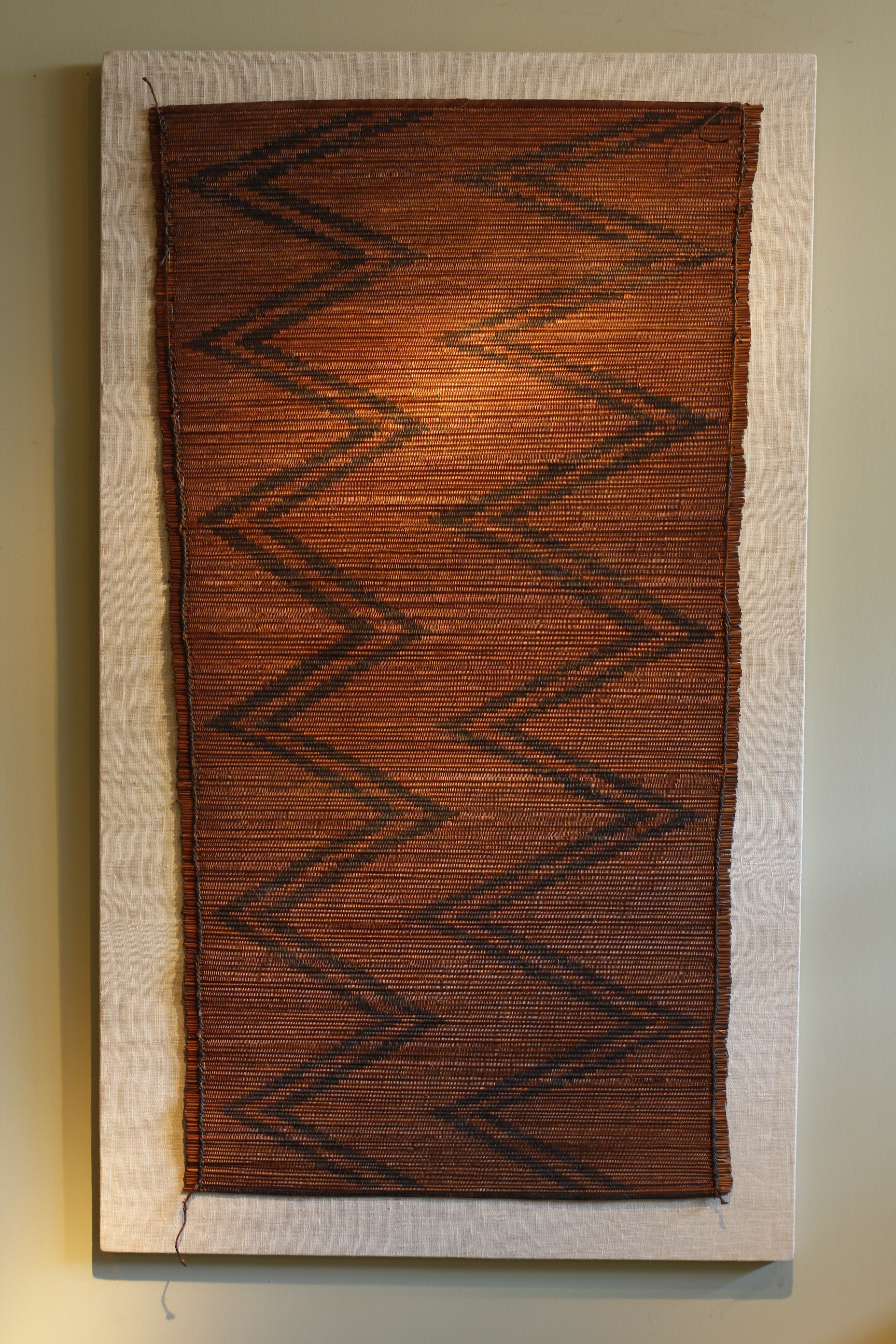 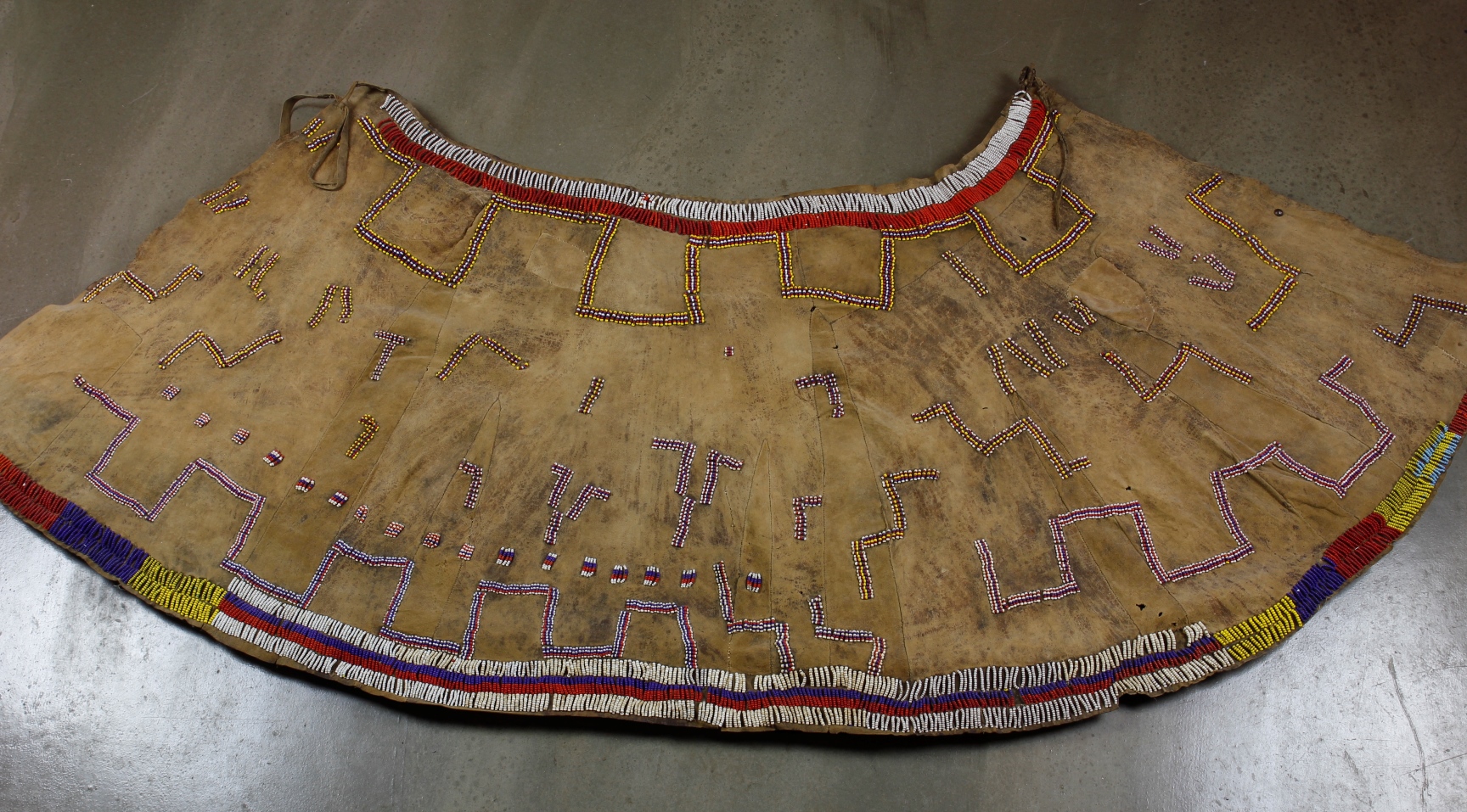 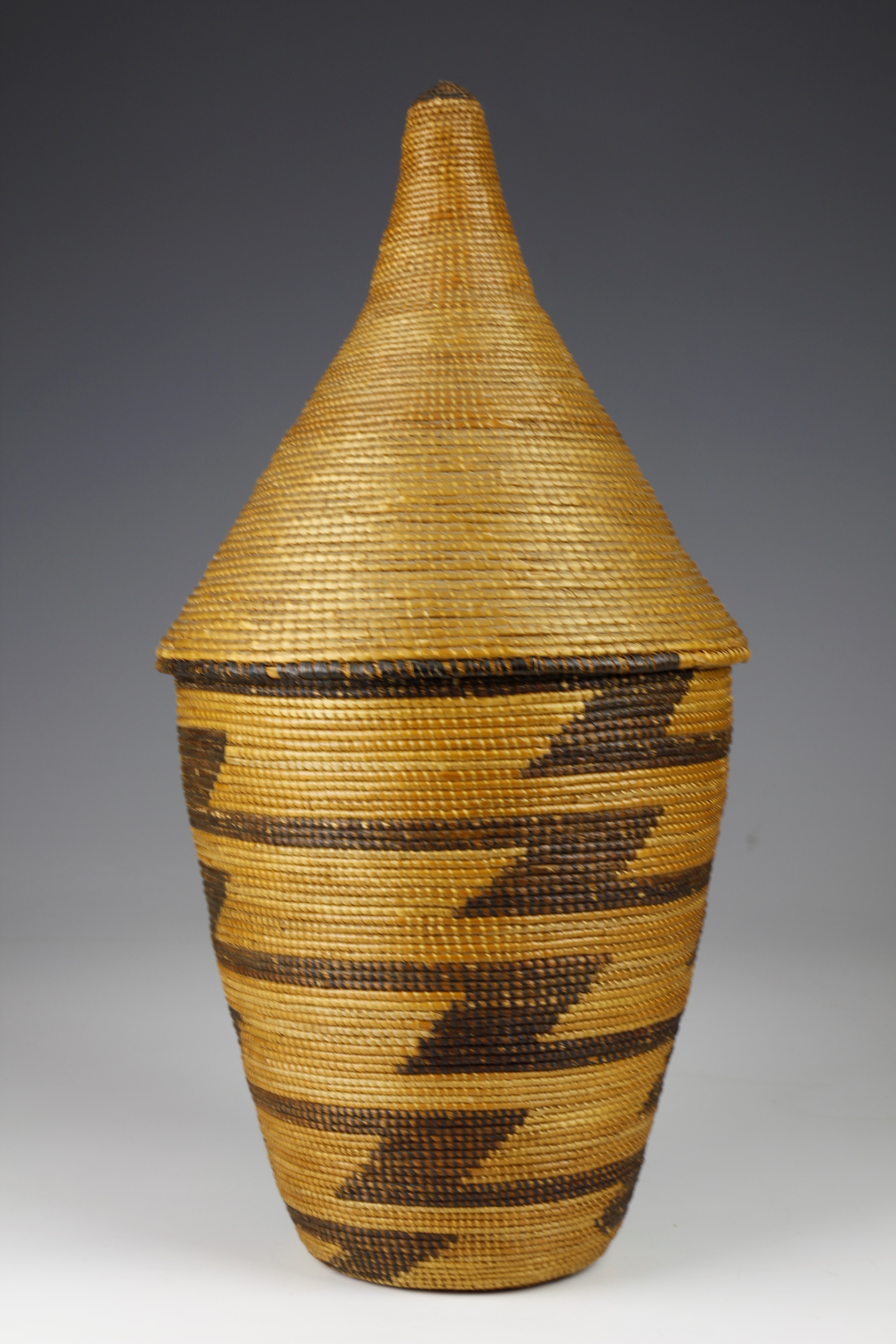