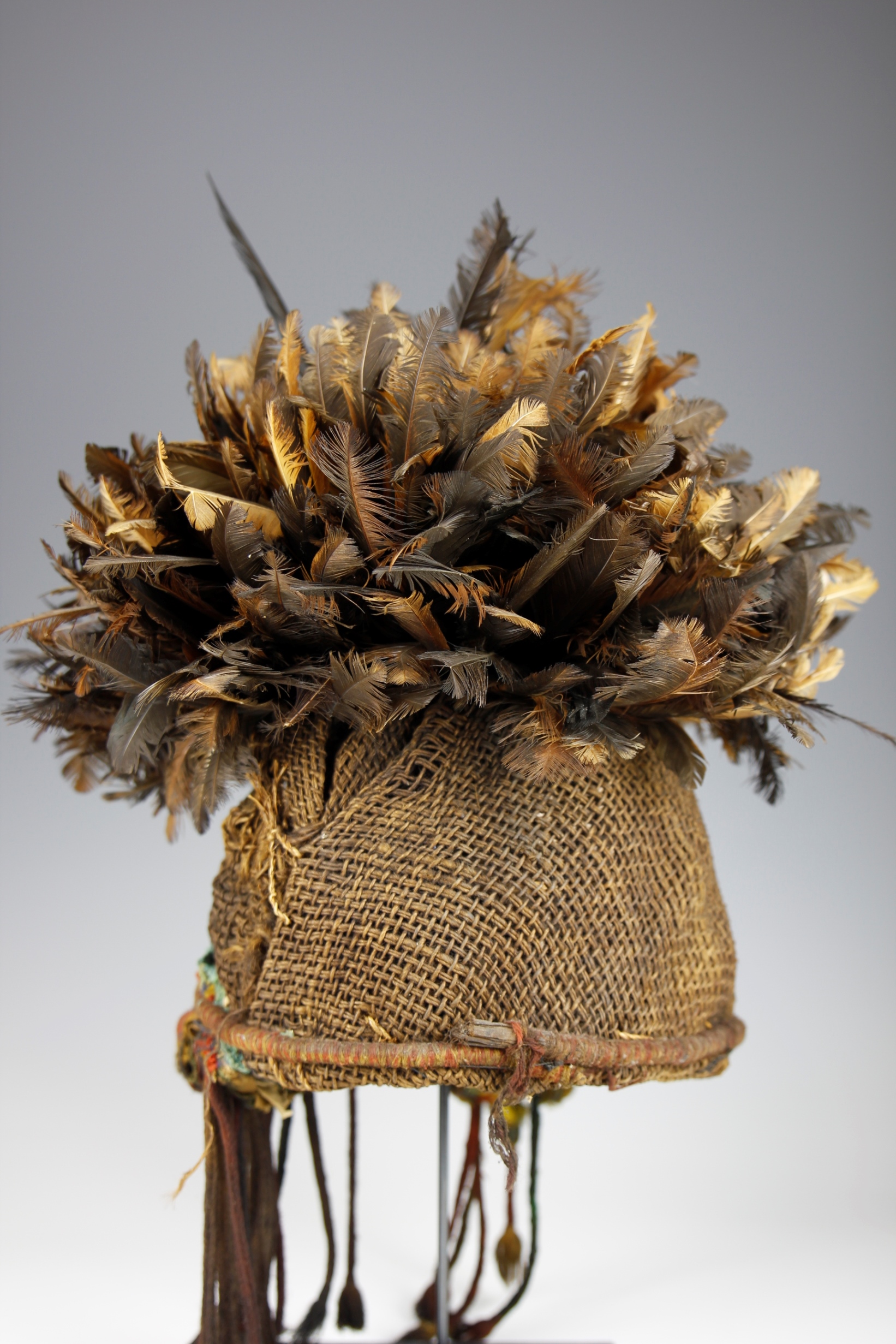 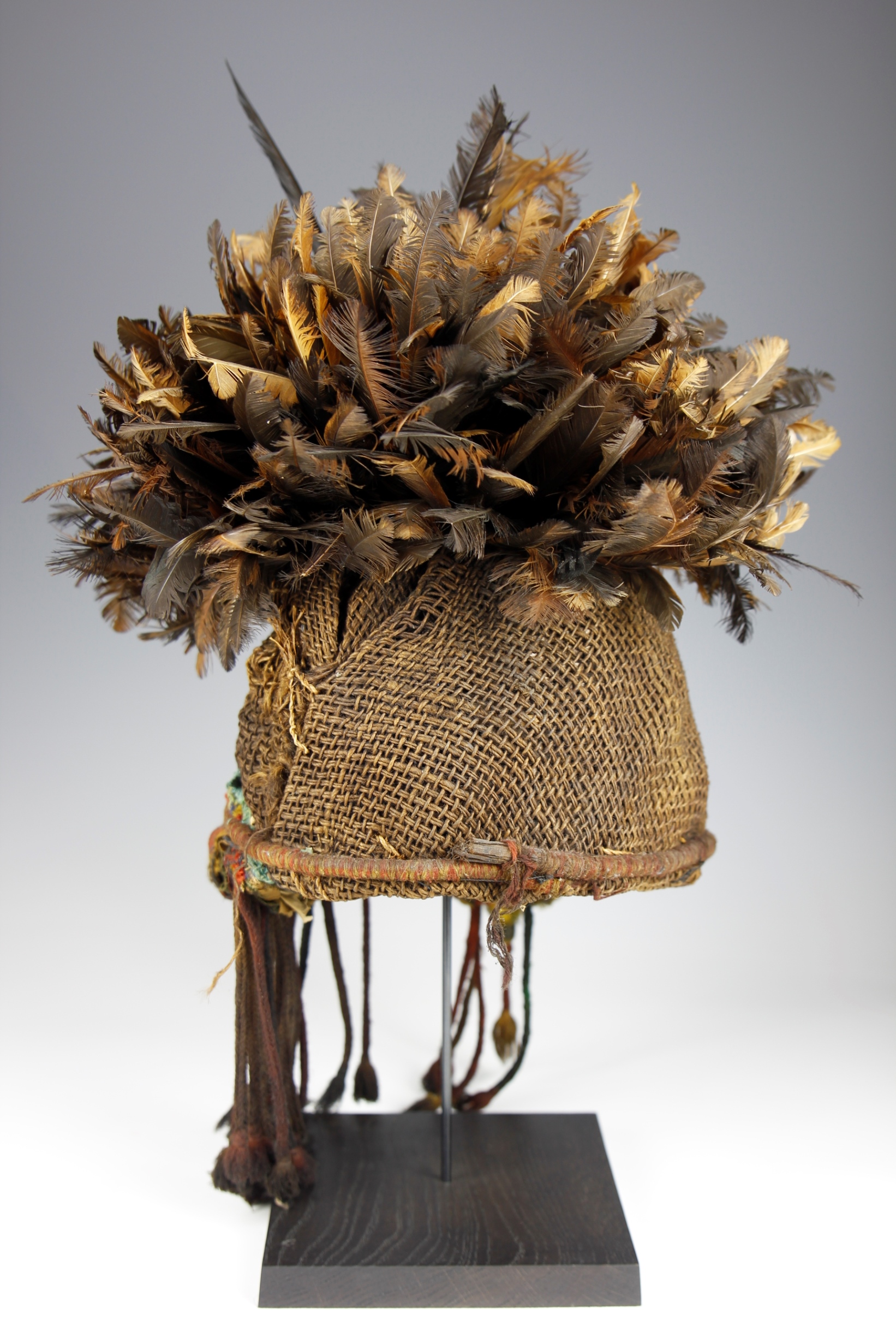 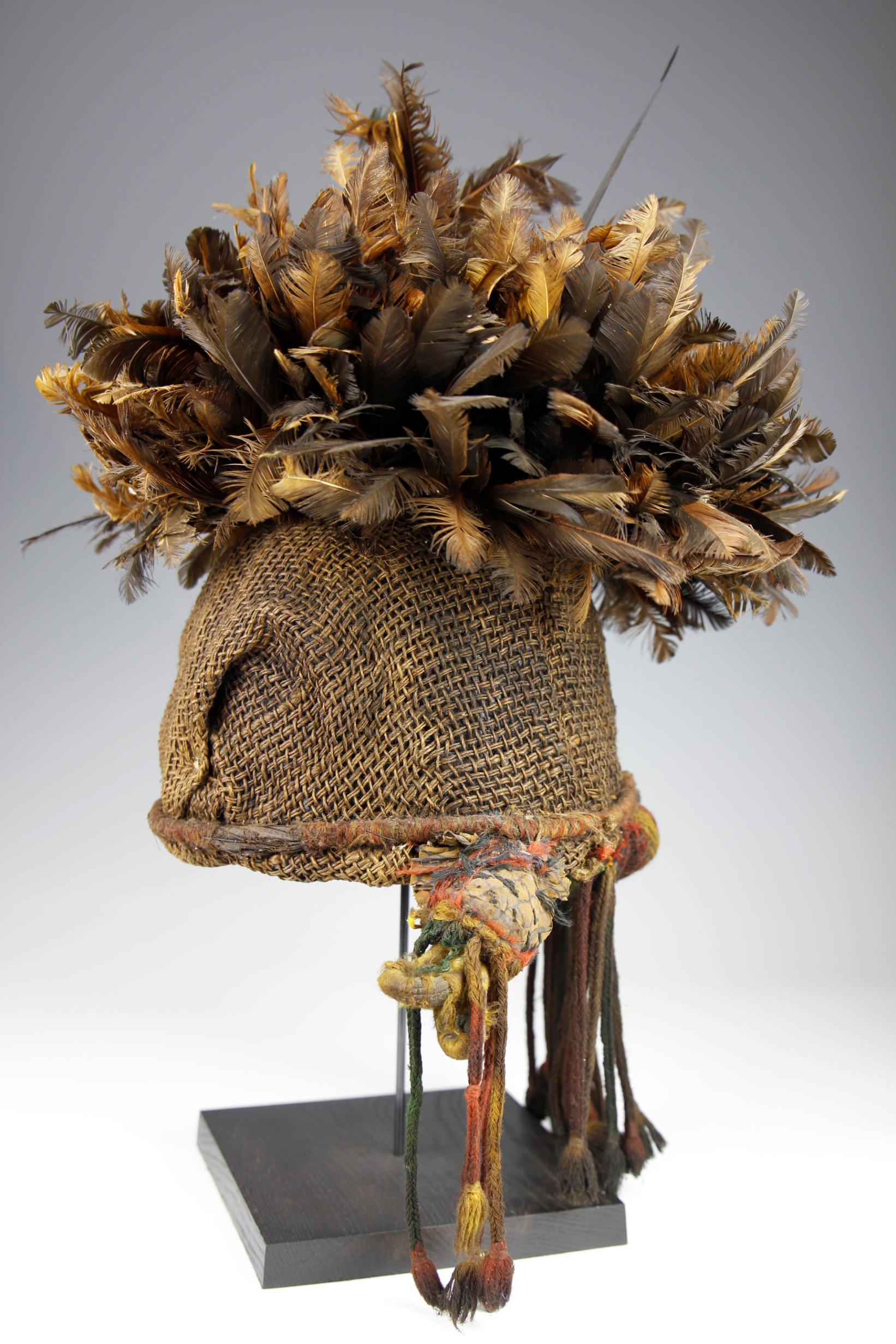 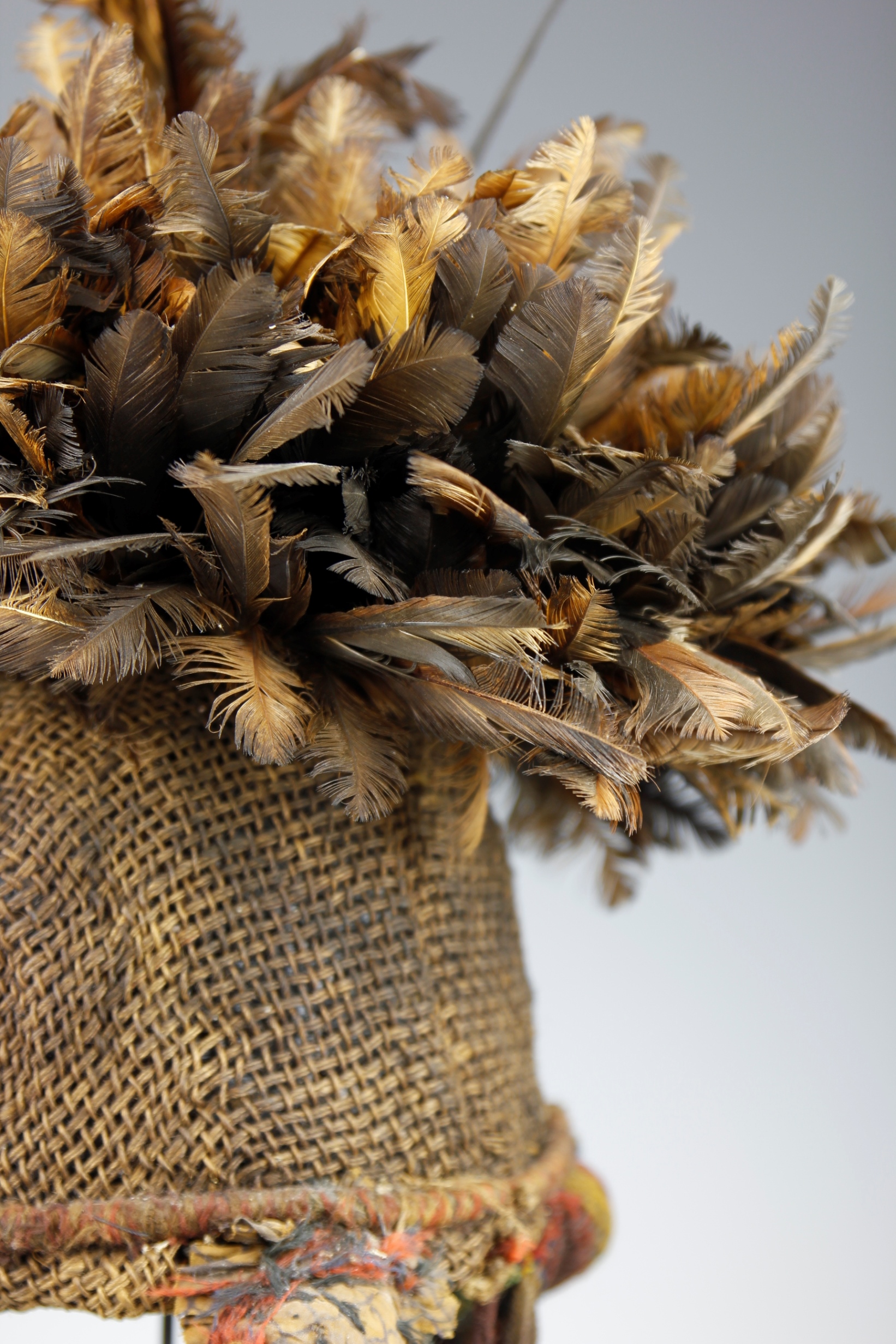 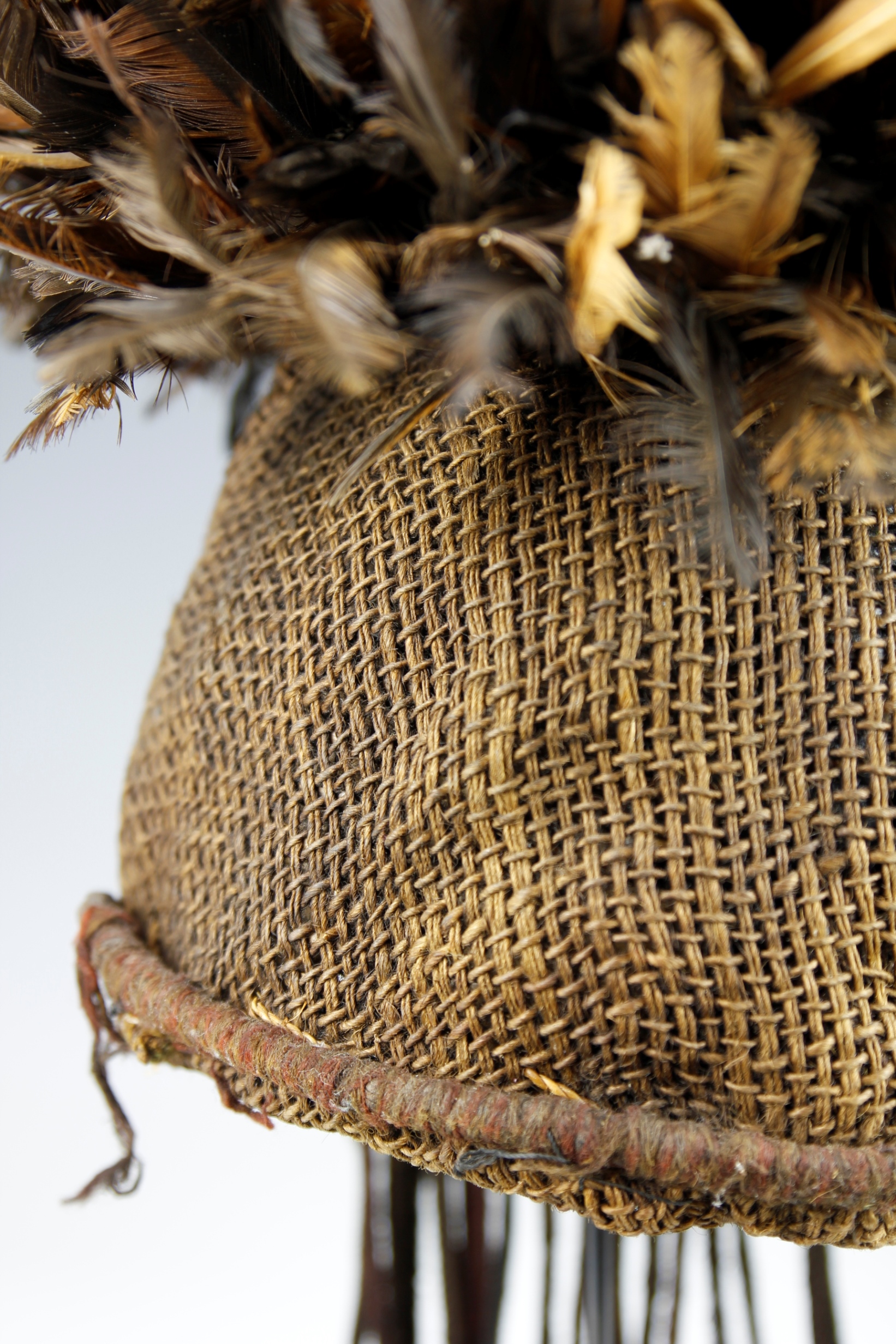 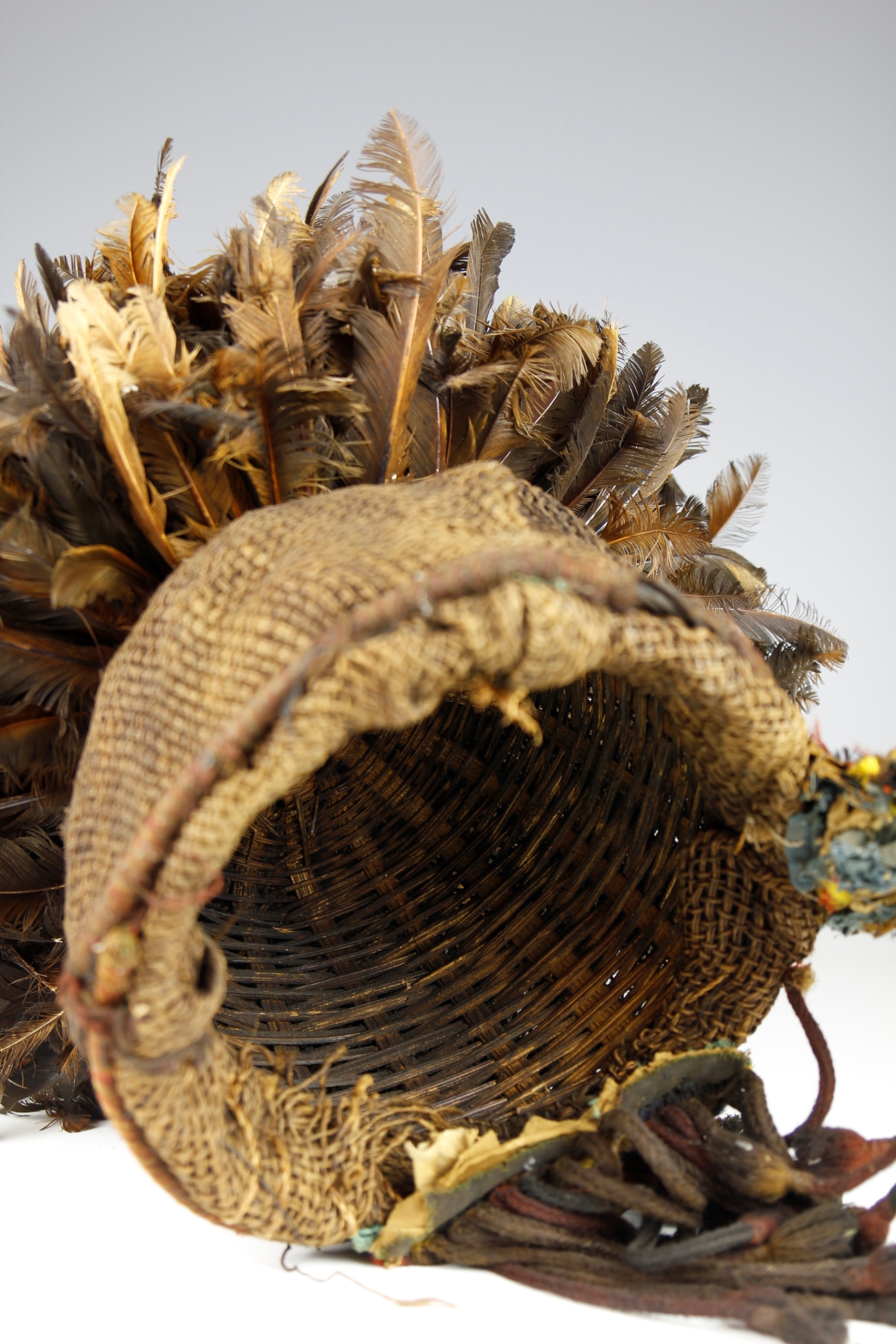 This ceremonial head adornment consists of bird feathers attached to a wicker frame. A series of fibre strands are attached to the front of the hat to partially conceal the face of the owner. During ceremonial occasions, Bamileke headwear served as a layered 'material language' which spoke volumes about the social status of the wearer and their sphere of influence within the community. 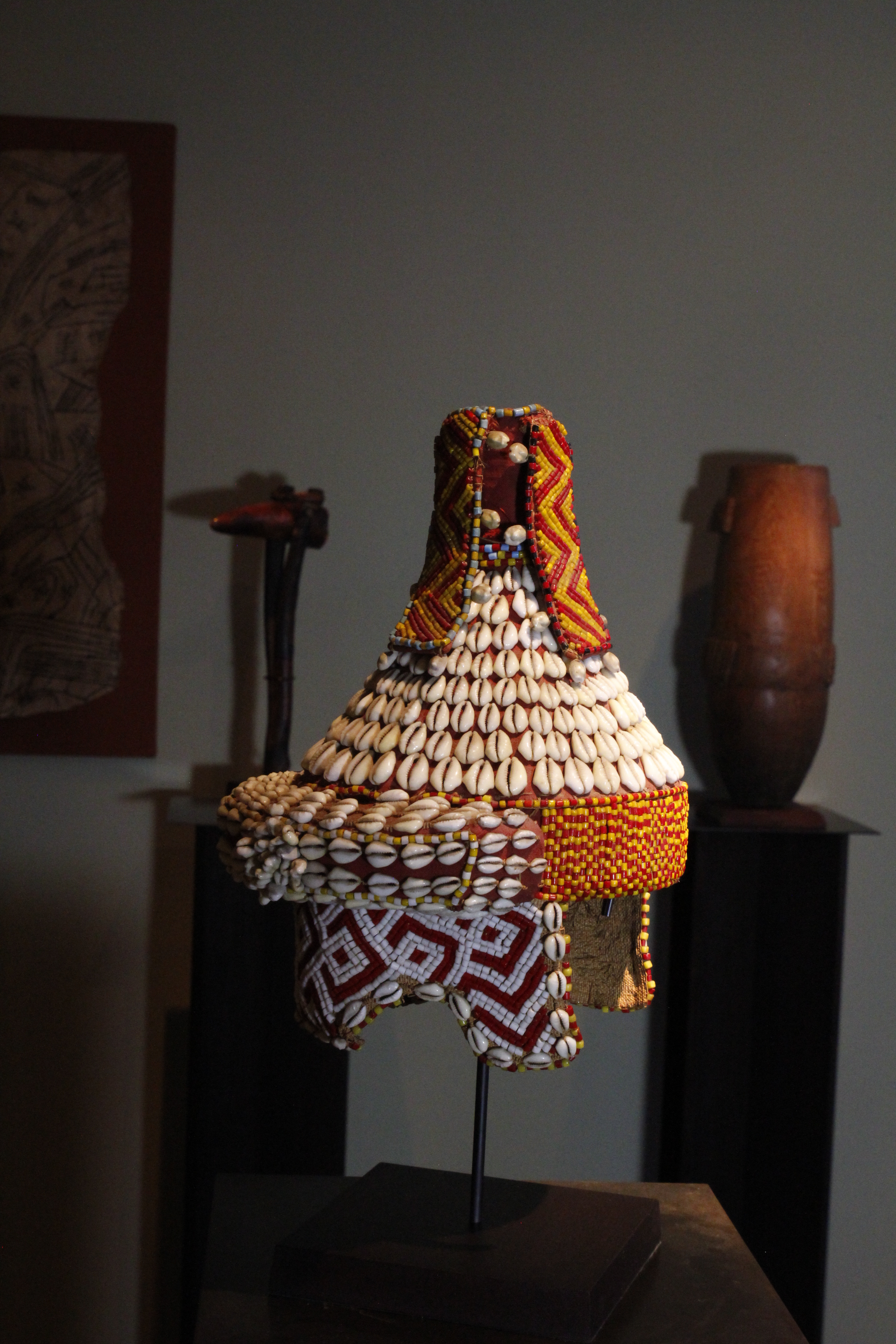 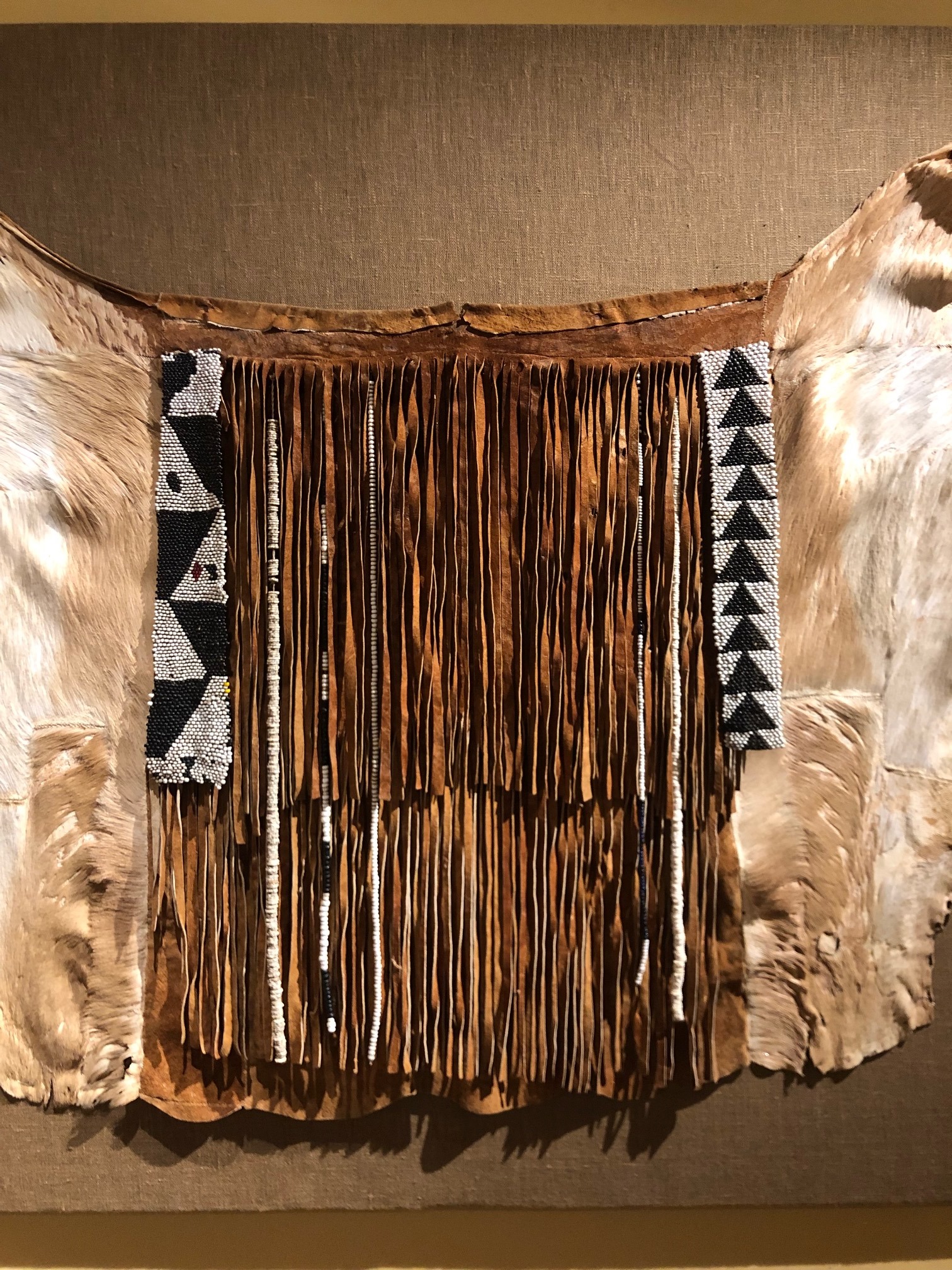 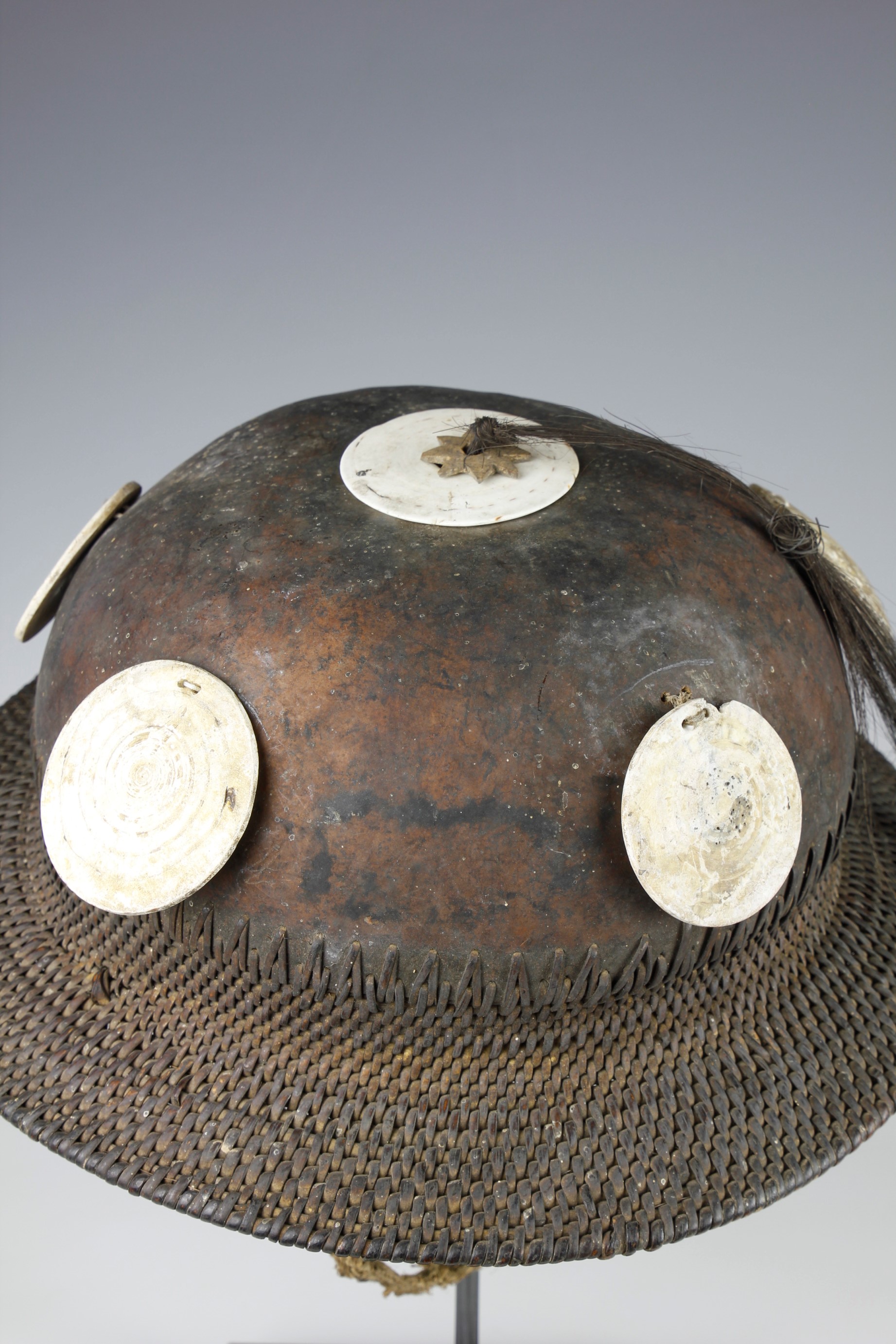 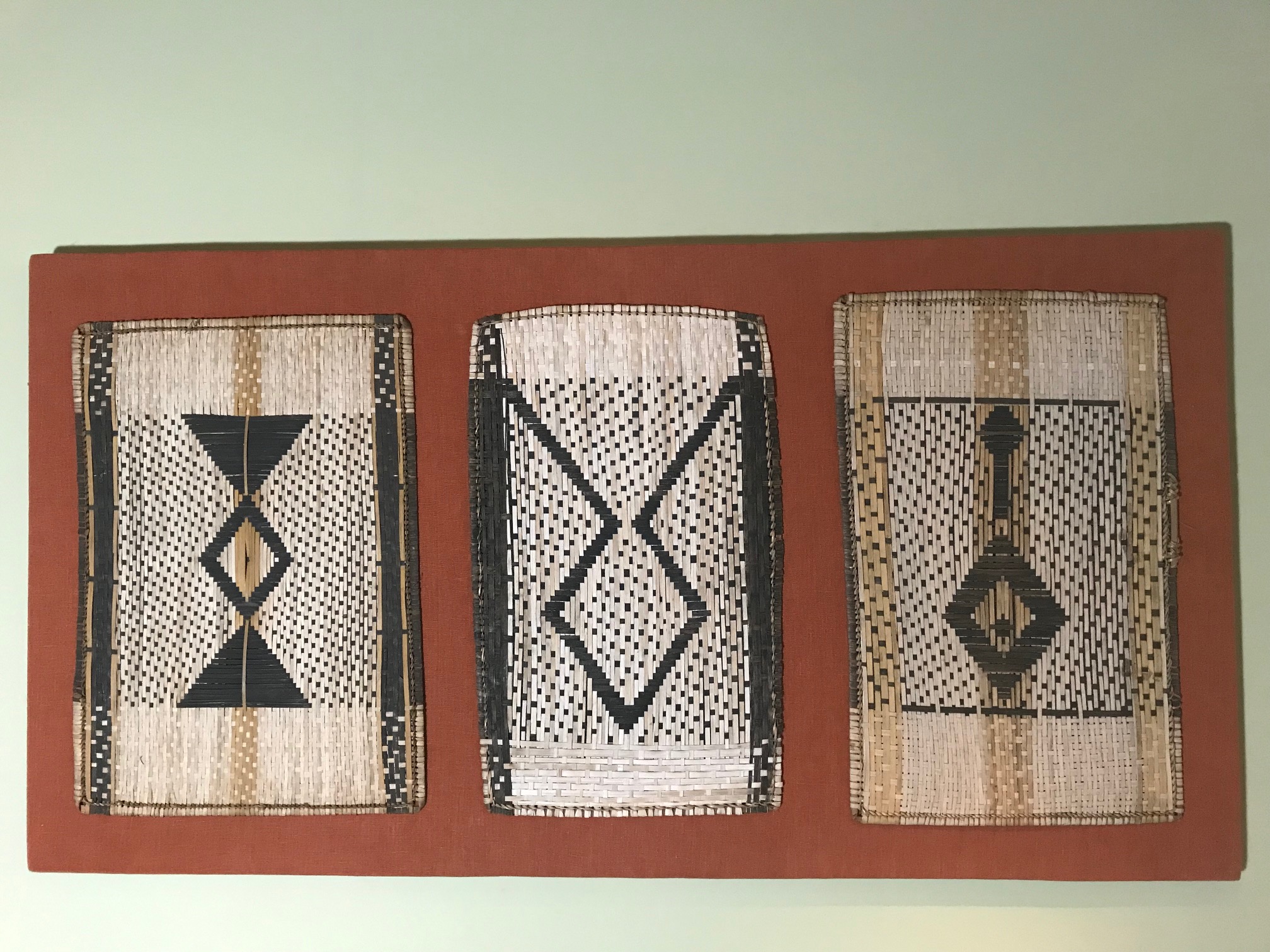