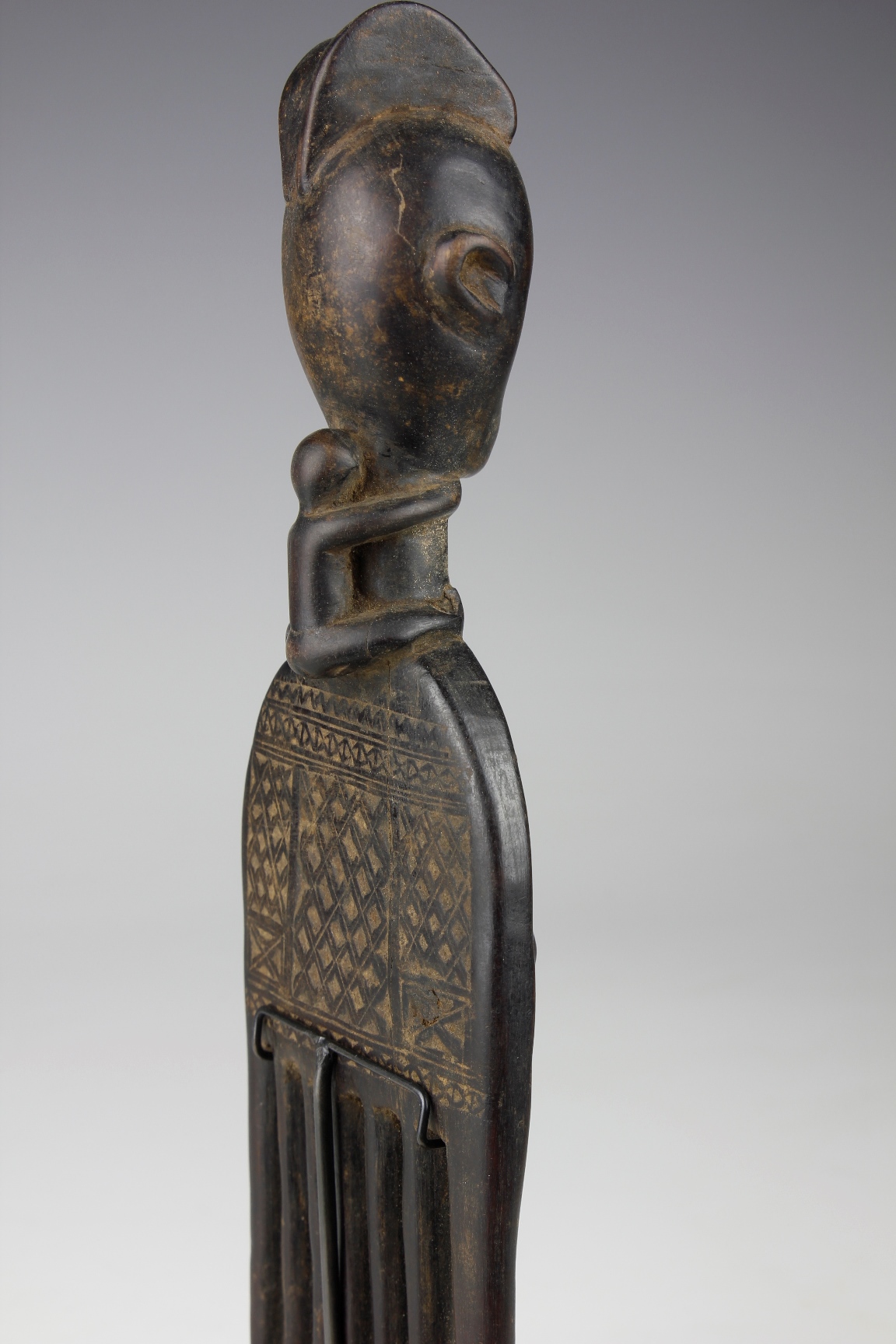 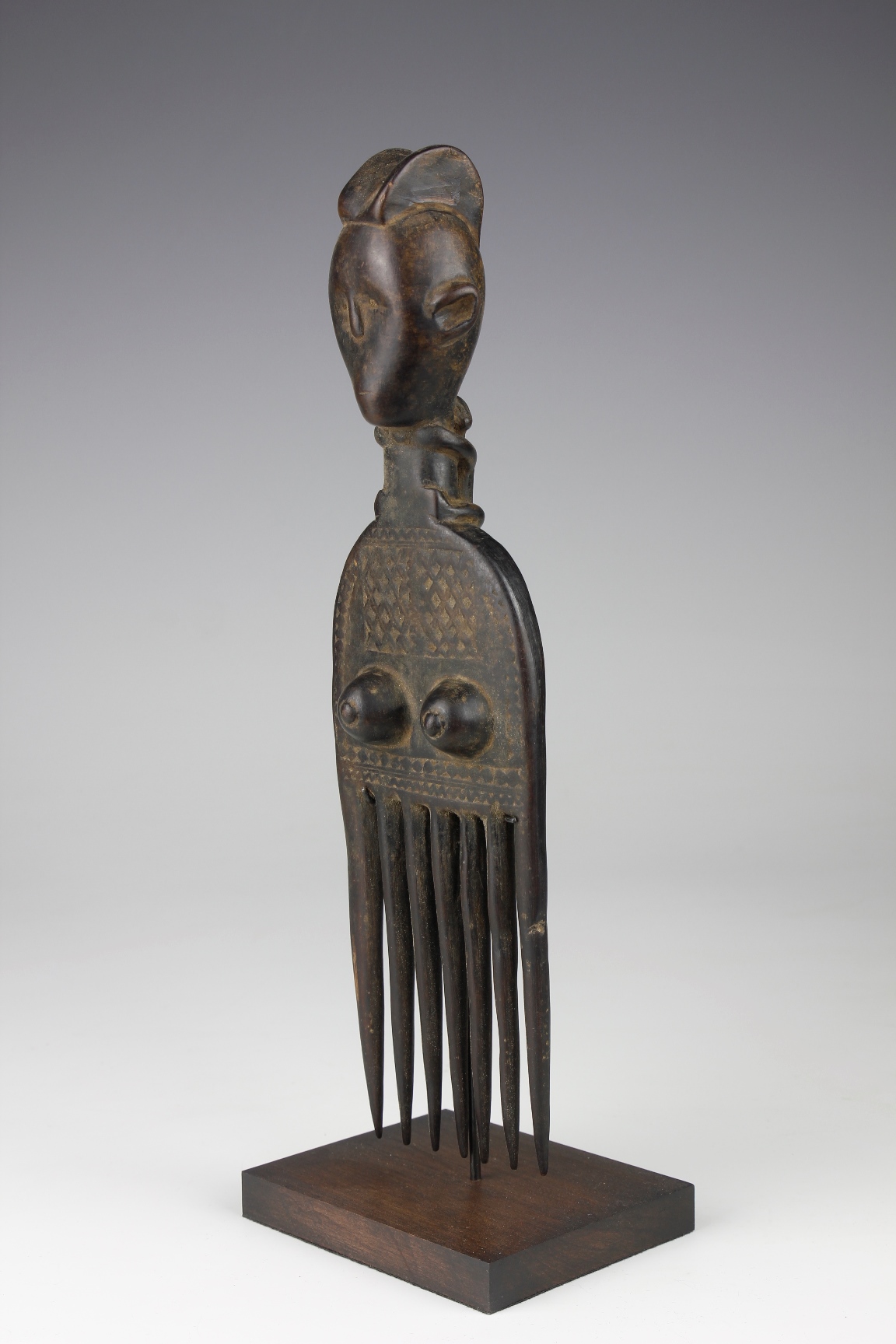 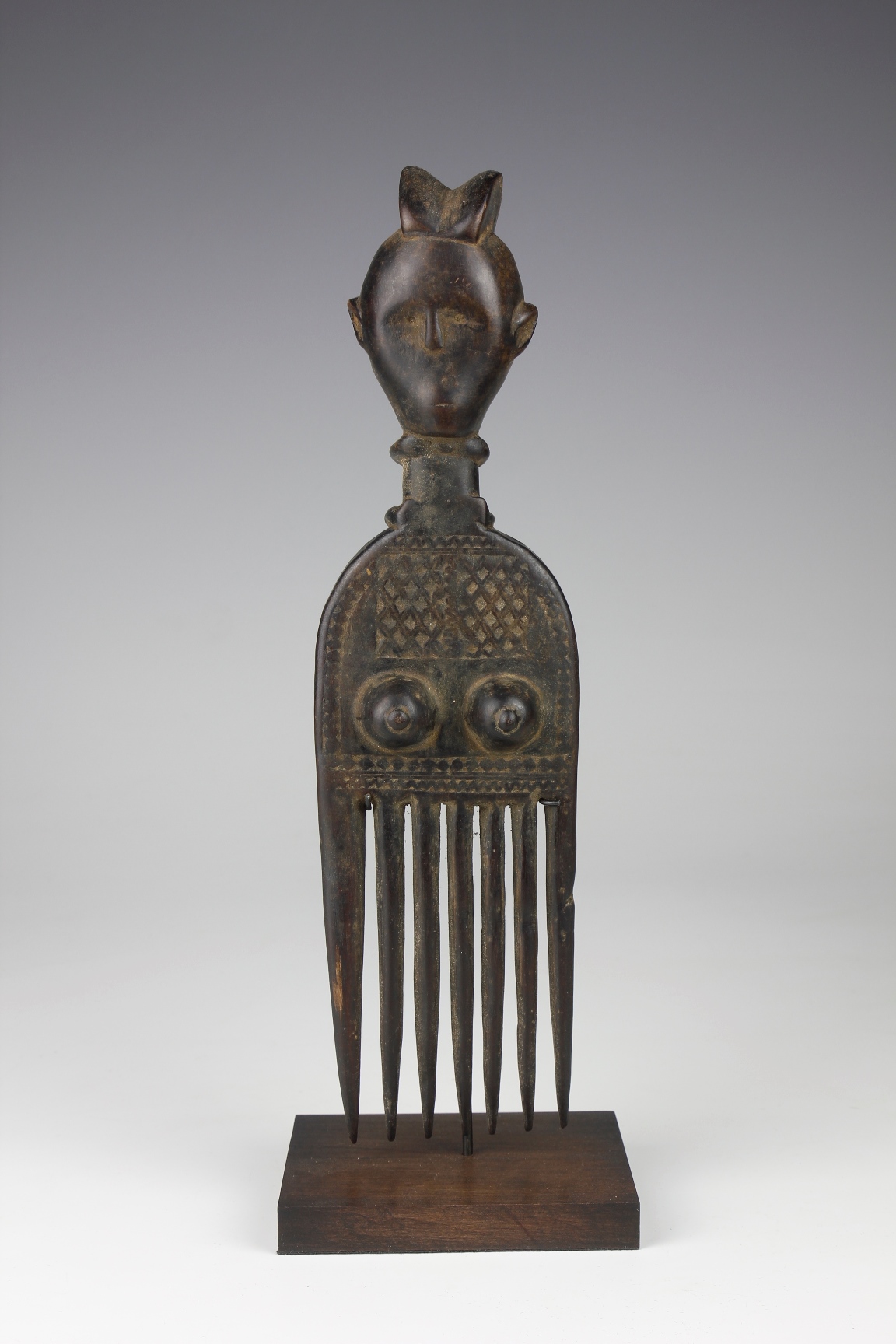 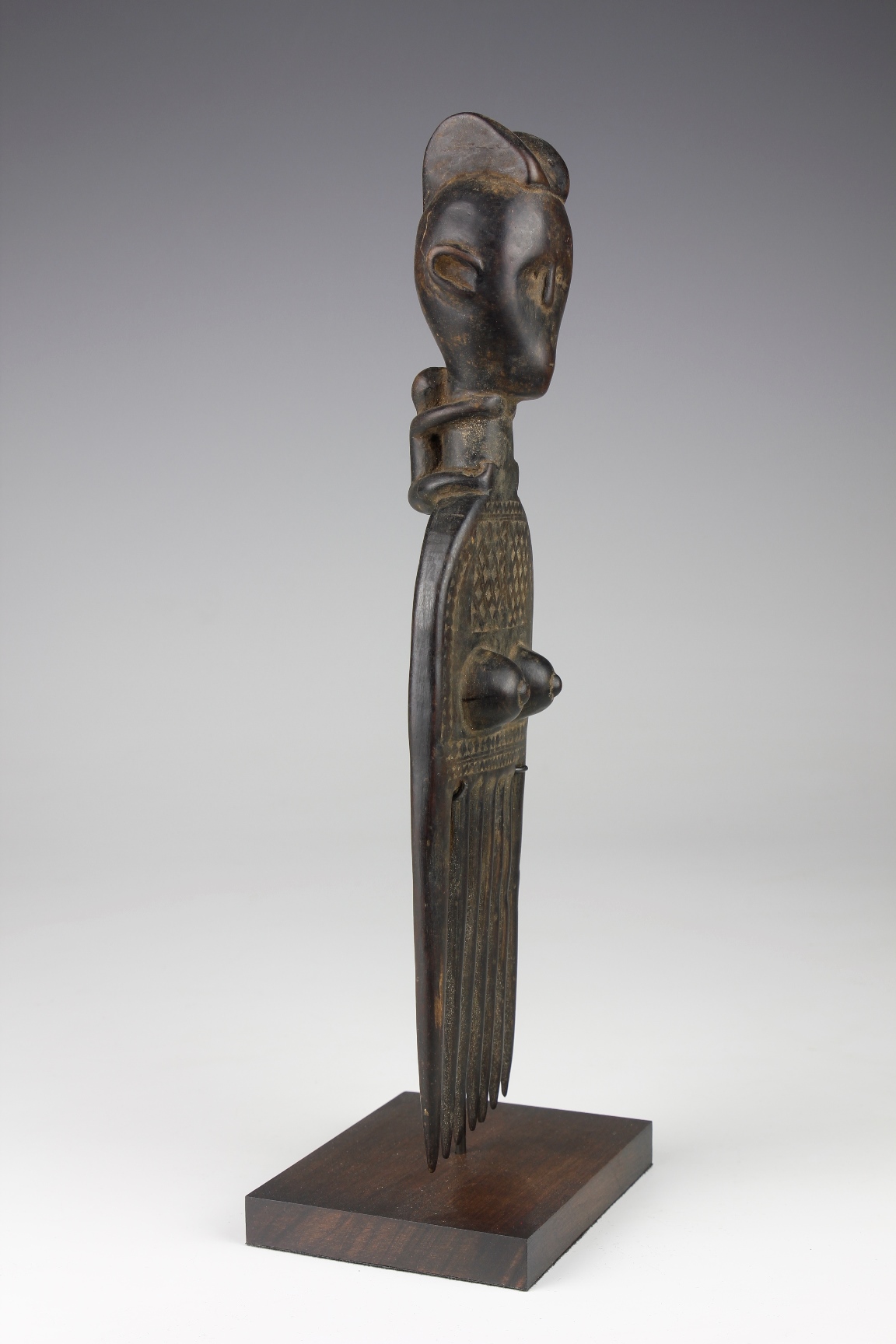 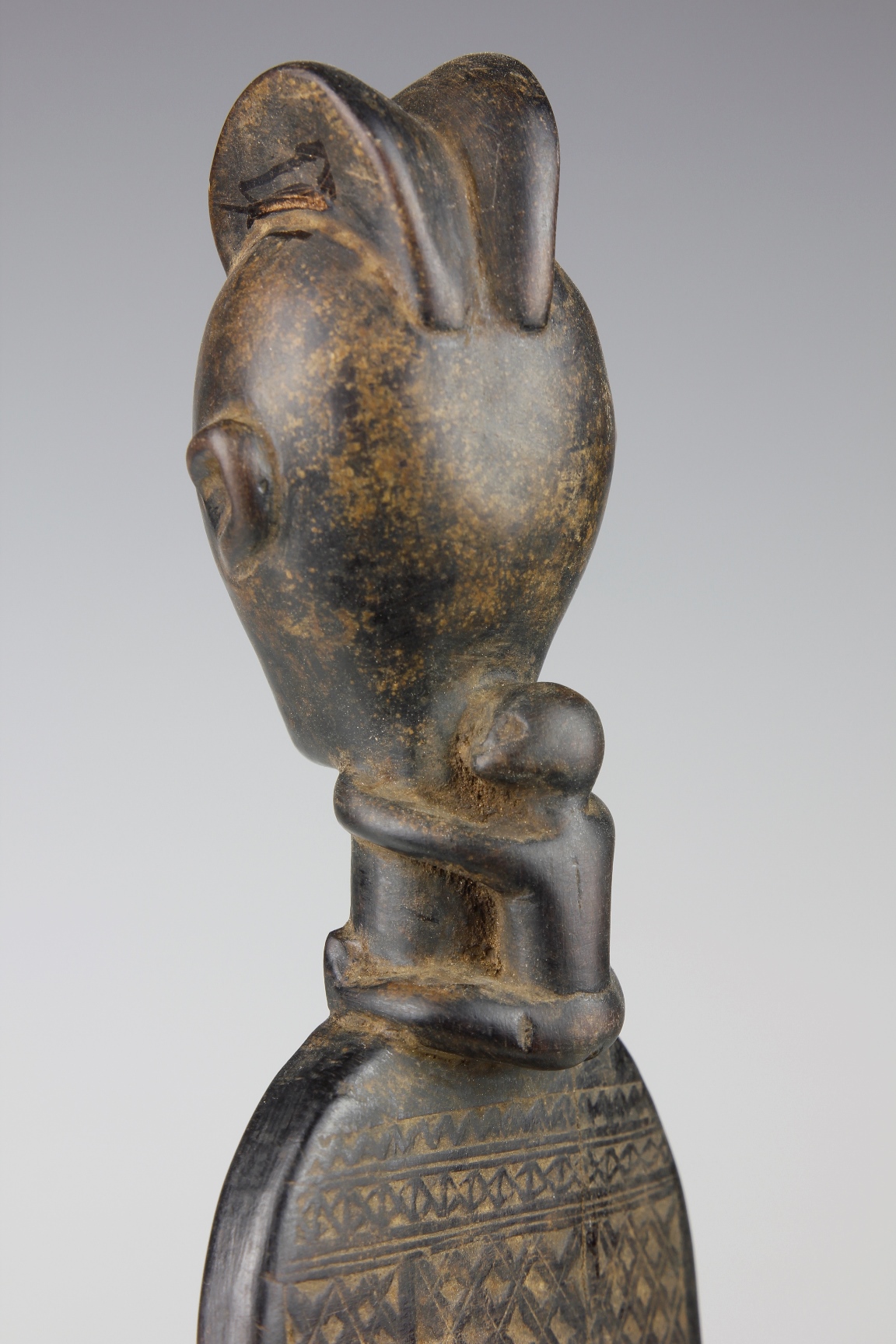 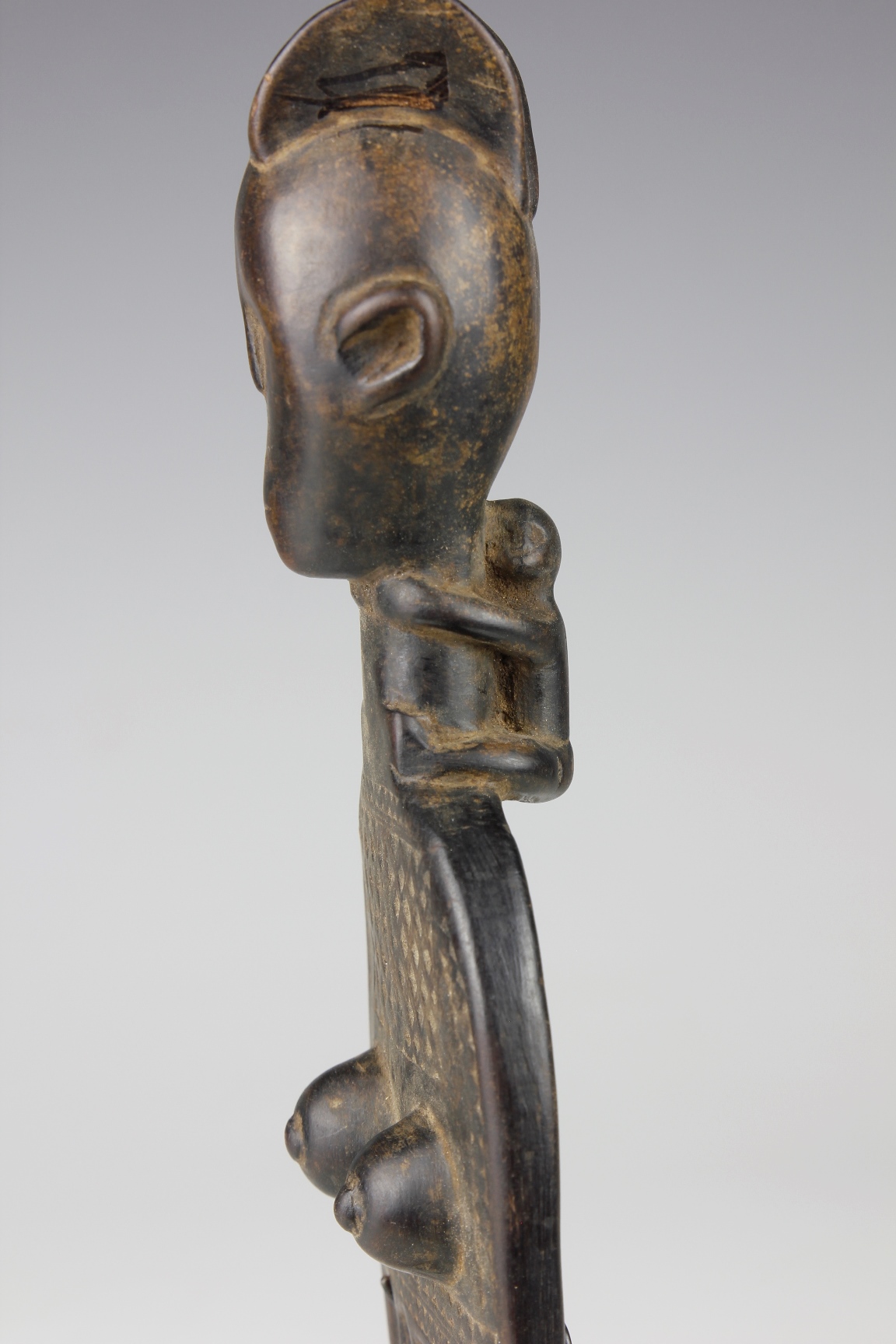 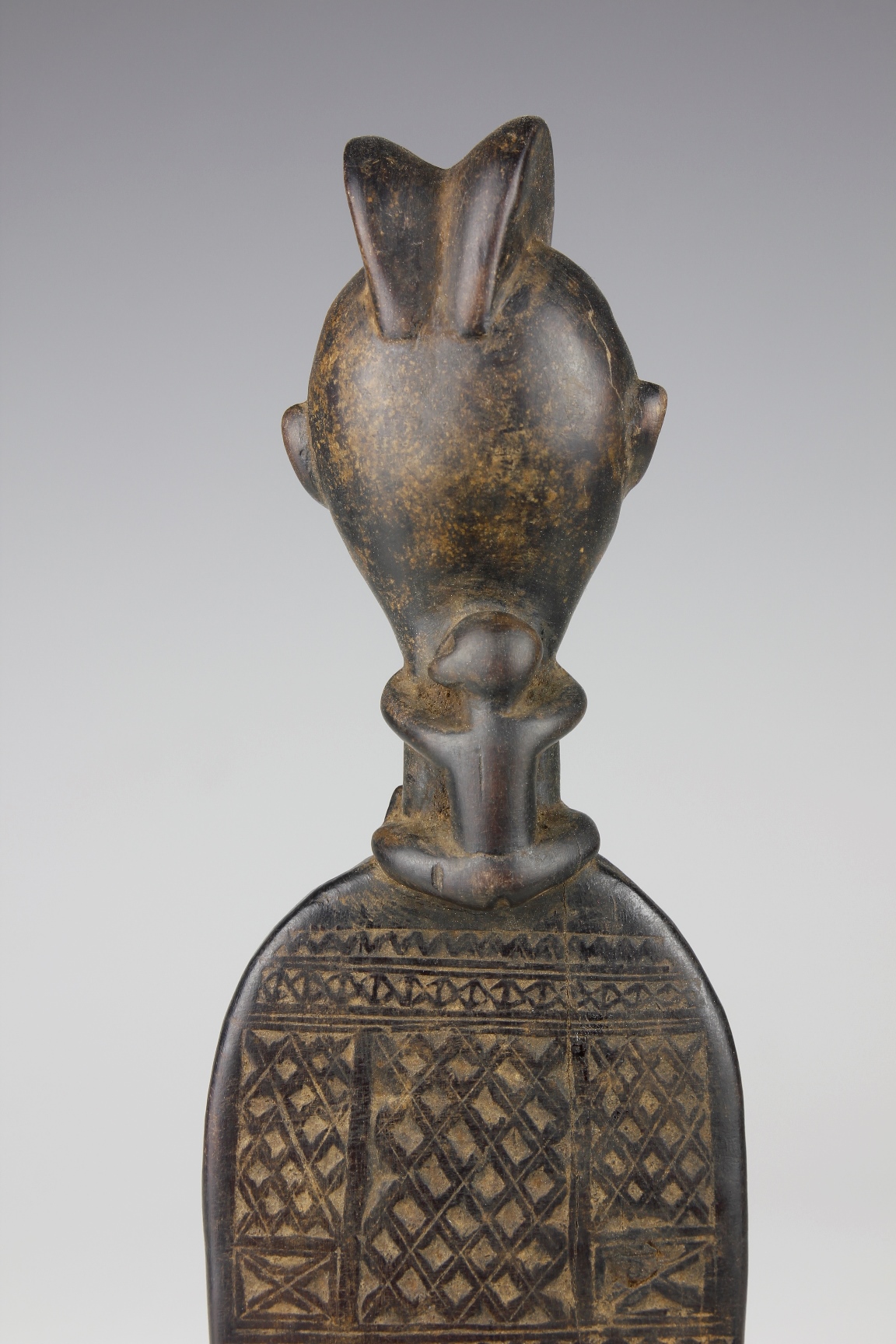 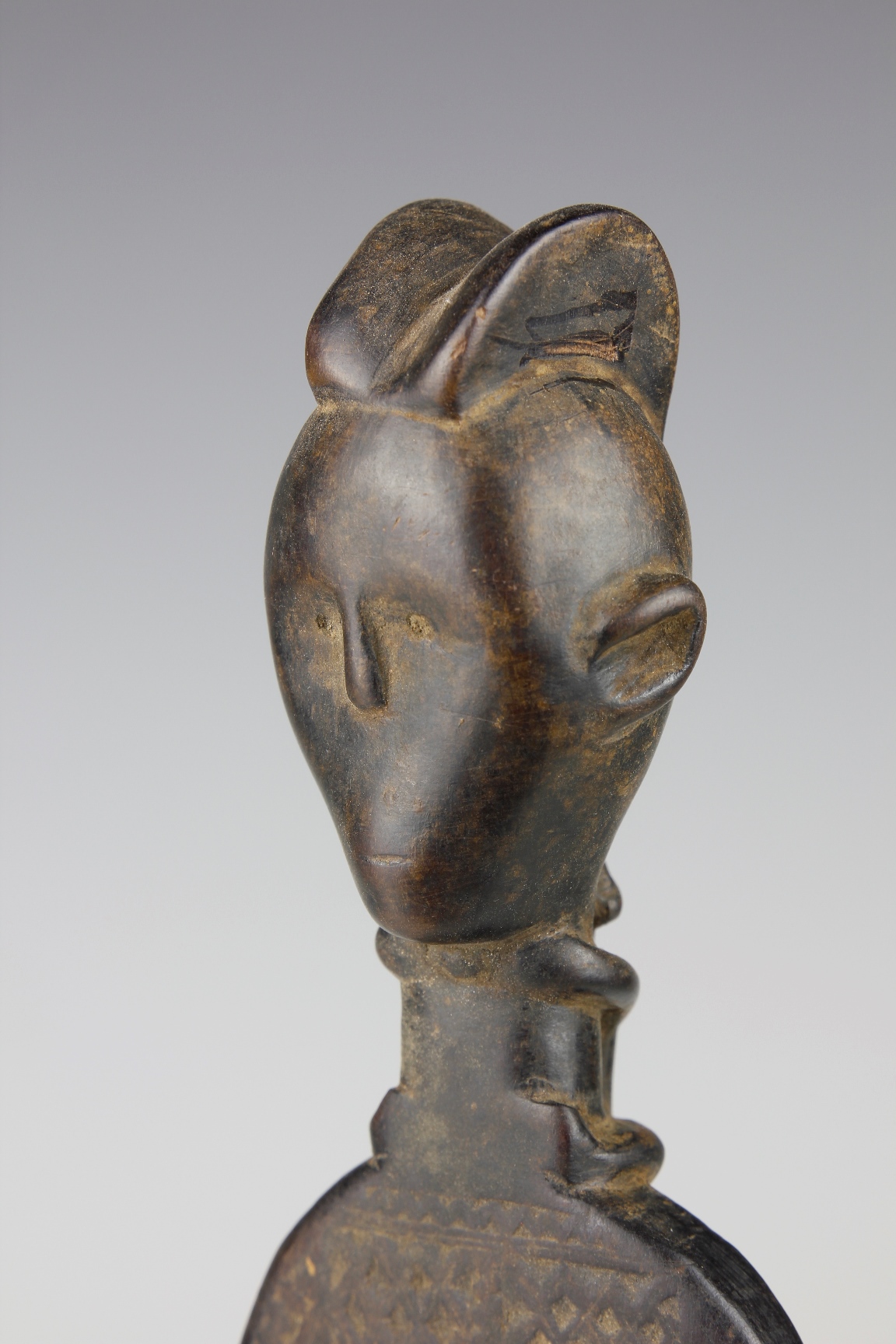 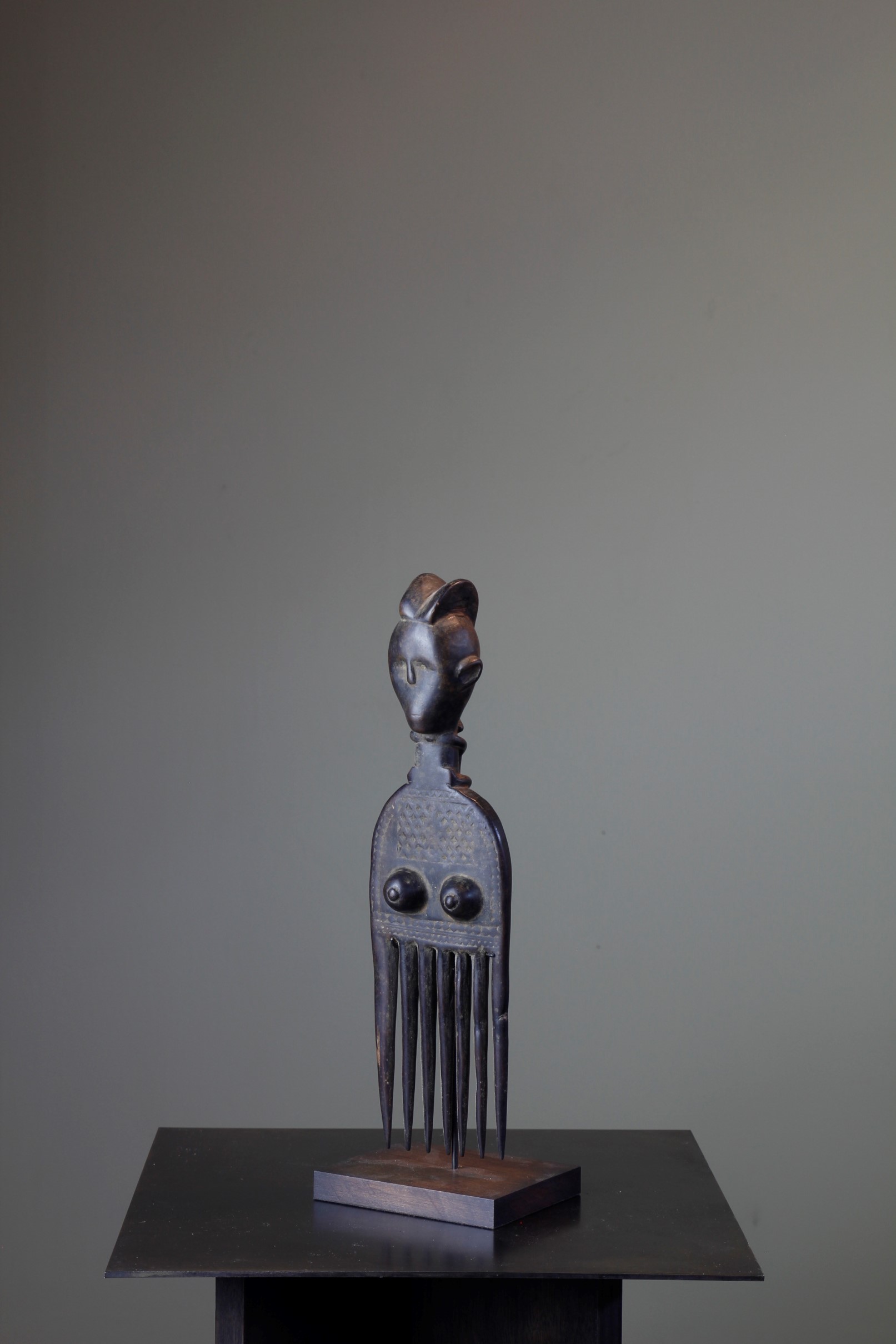 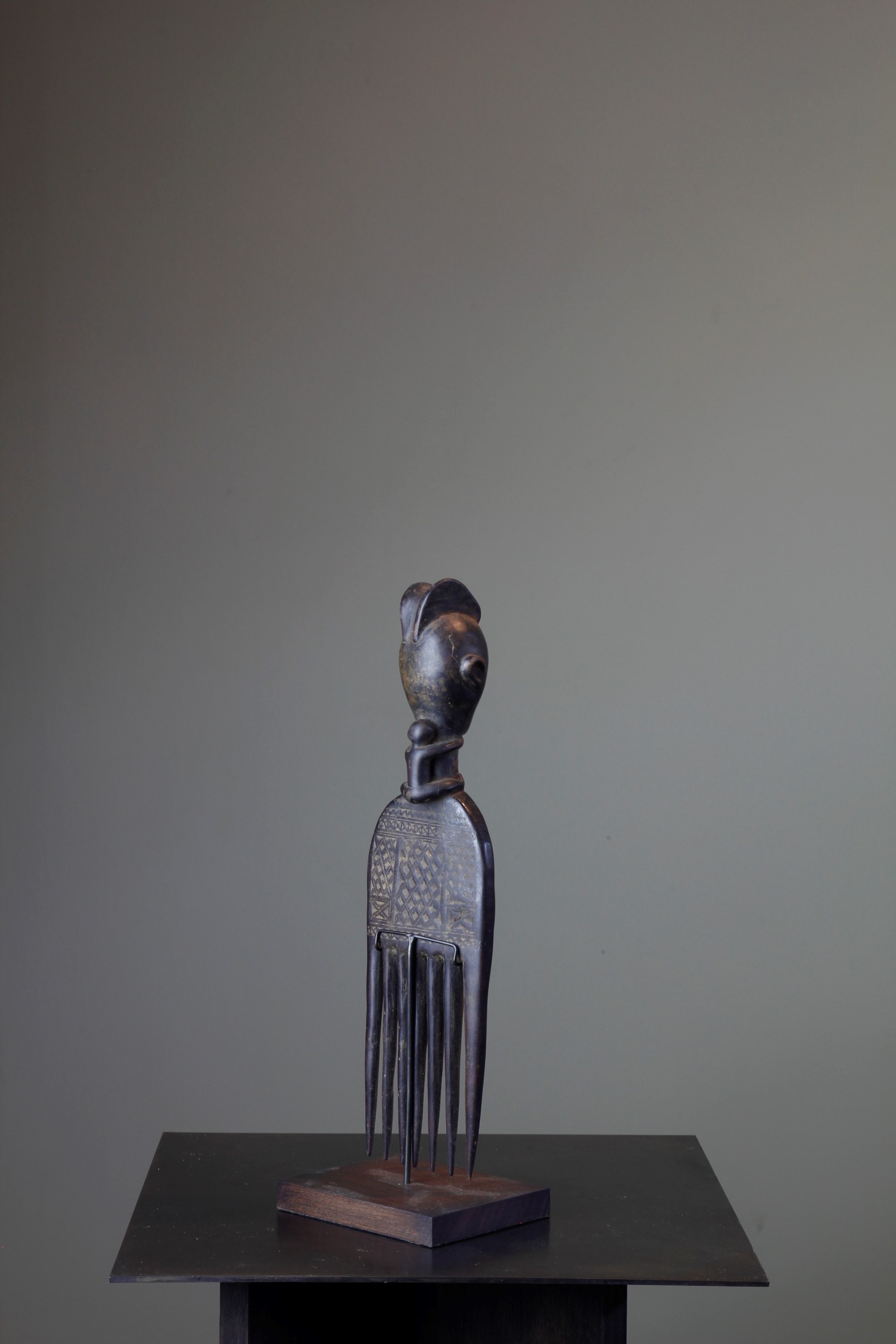 Given as a marriage gift from the father of the bride to his daughter, the imagery of this Doe comb from Tanzania alludes to maternity and fertility. The comb depicts a female figure with prominent breasts, whose head is crowned by a sweeping parted coiffure typically worn by Doe women and related groups in Tanzania.

A proportionally tiny, beautifully carved, baby clings to the back of the female’s neck. The surface of the comb is adorned with intricate Swahili designs, found on utilitarian and household items along the Tanzanian coast.

Among the Doe, elaborate hair implements such as this would have been given as bridal or dowry gifts by a man to a woman, often by a father of the bride to his daughter. Kept as a symbol of marriage, these prized possessions would be passed down the generations. Tools used to shape, separate or part the hair such as this piece were celebrated as works of art in themselves.