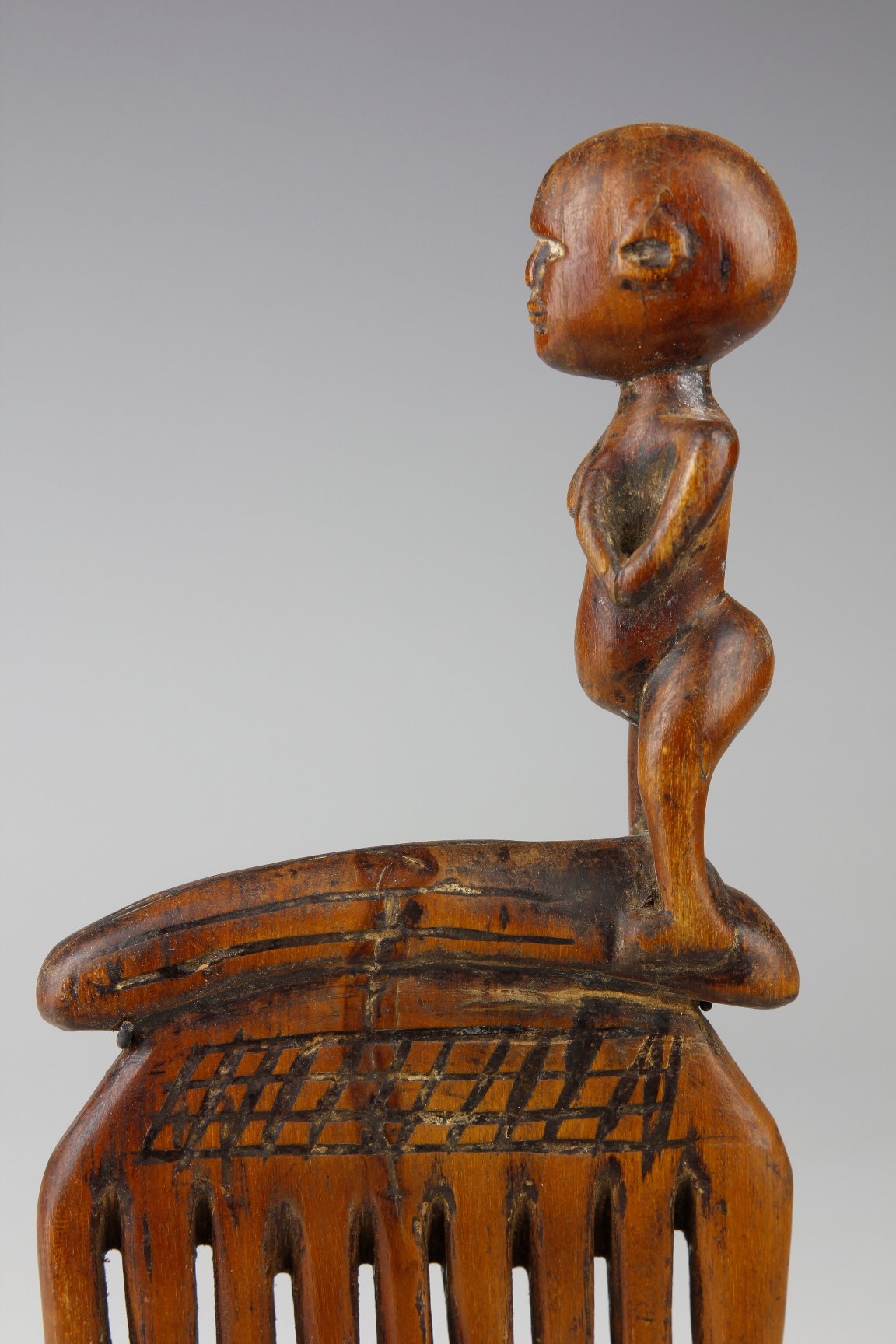 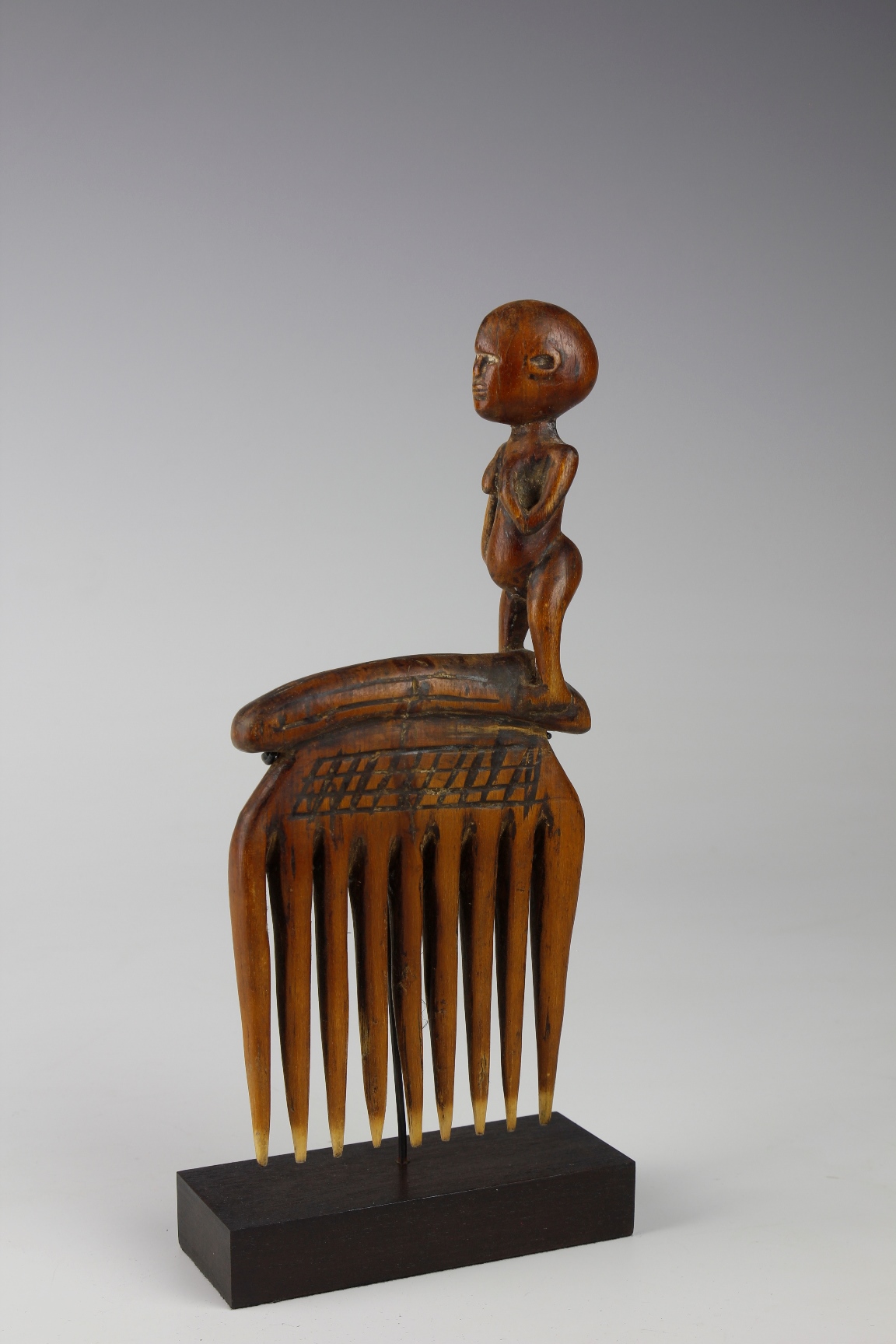 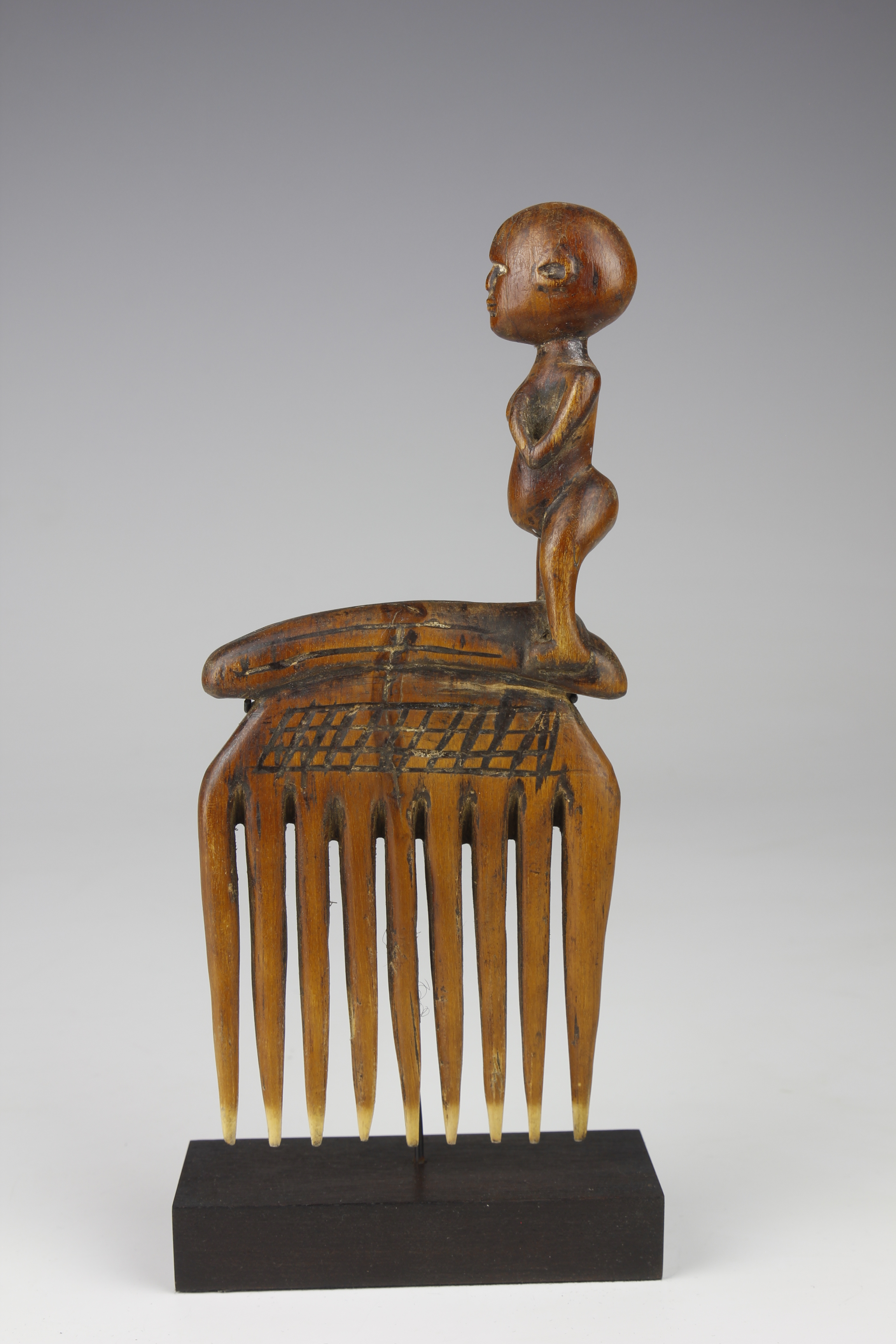 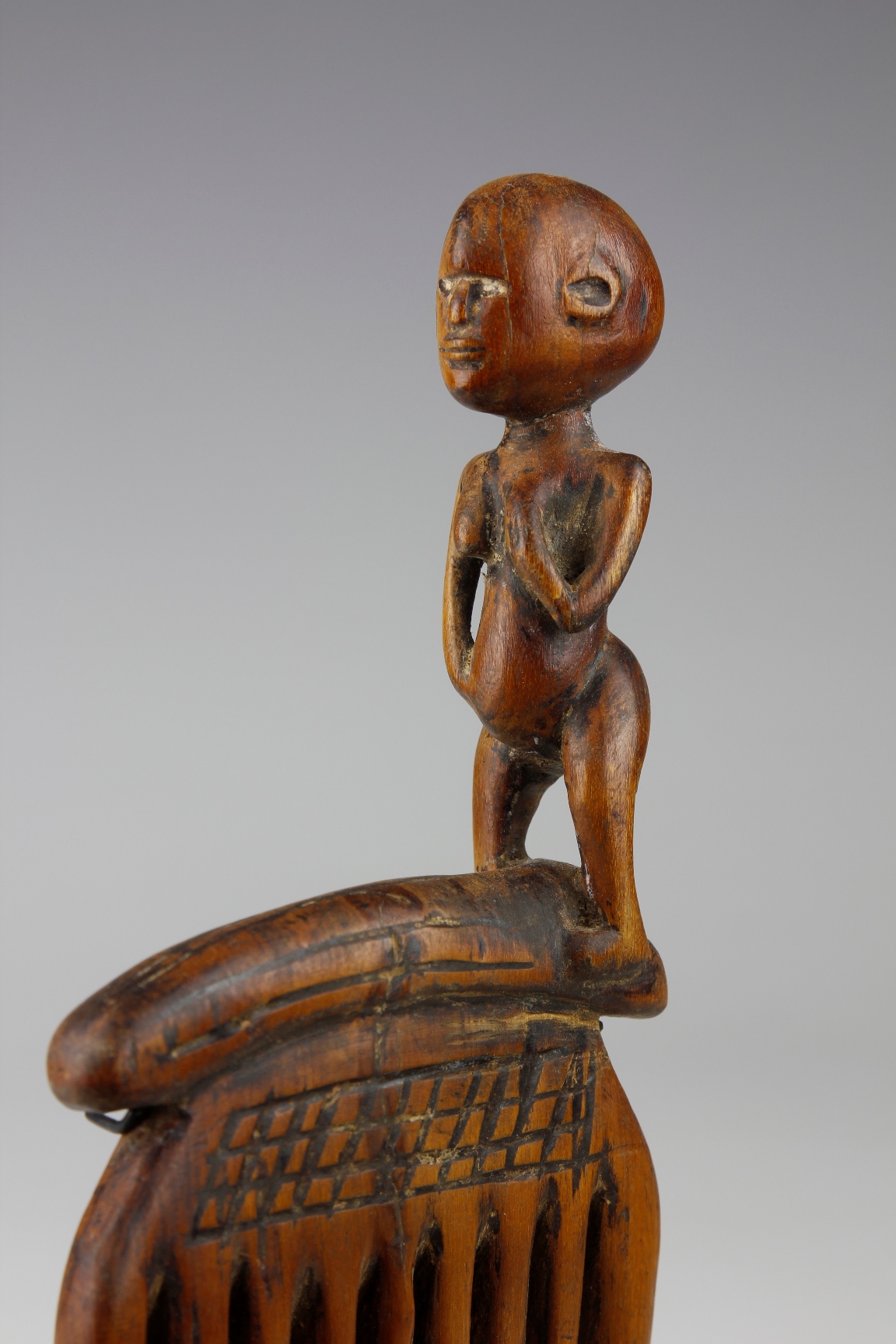 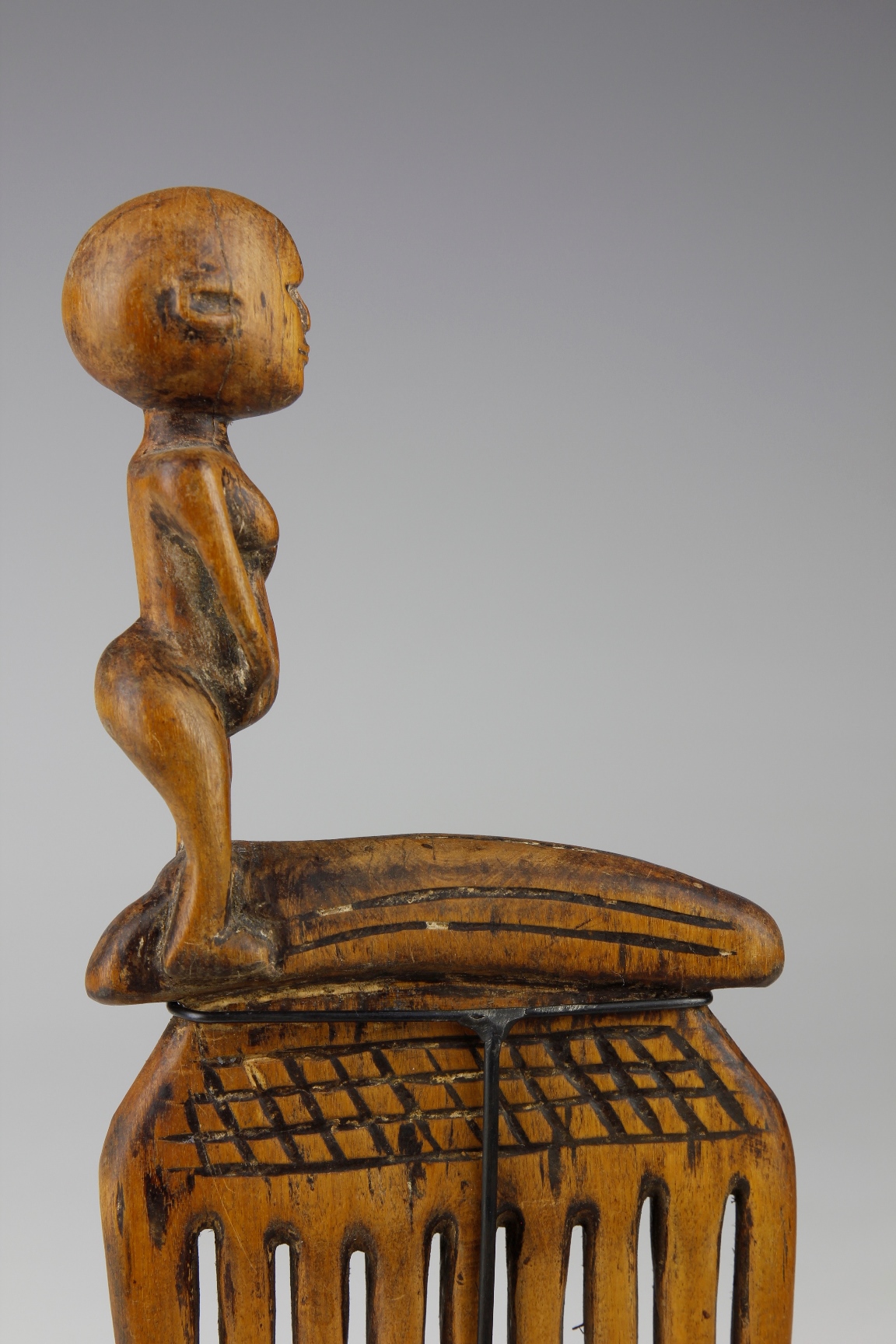 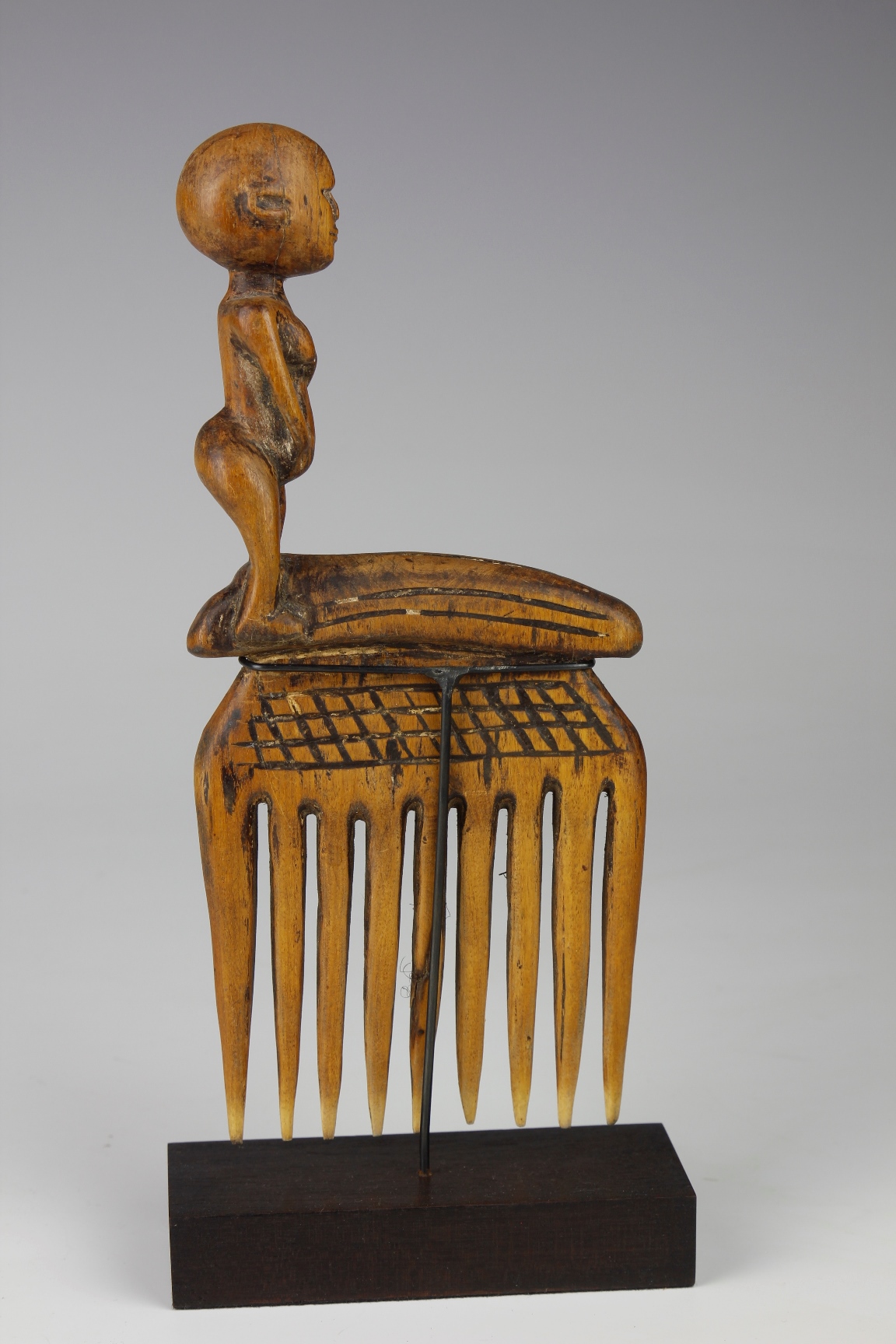 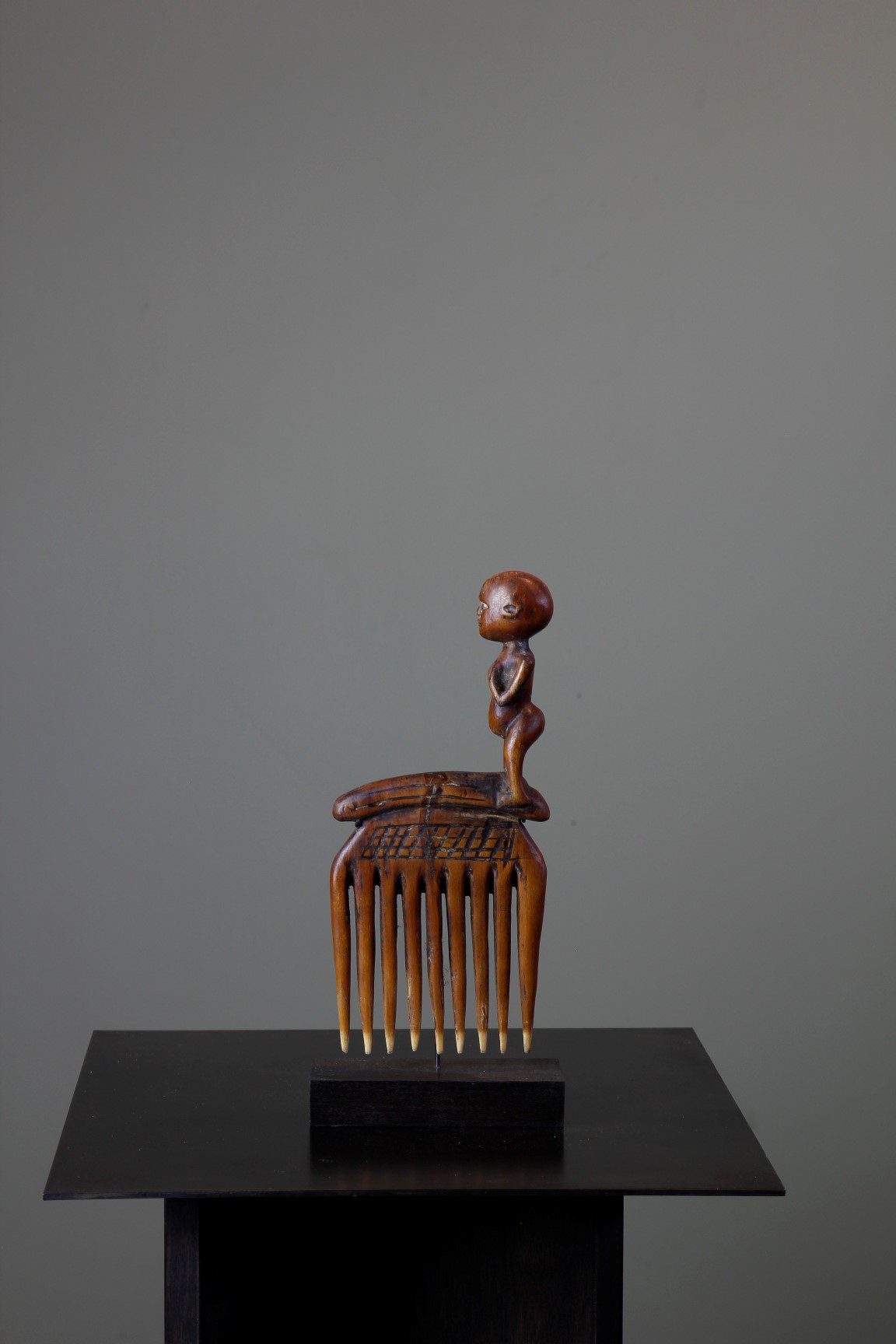 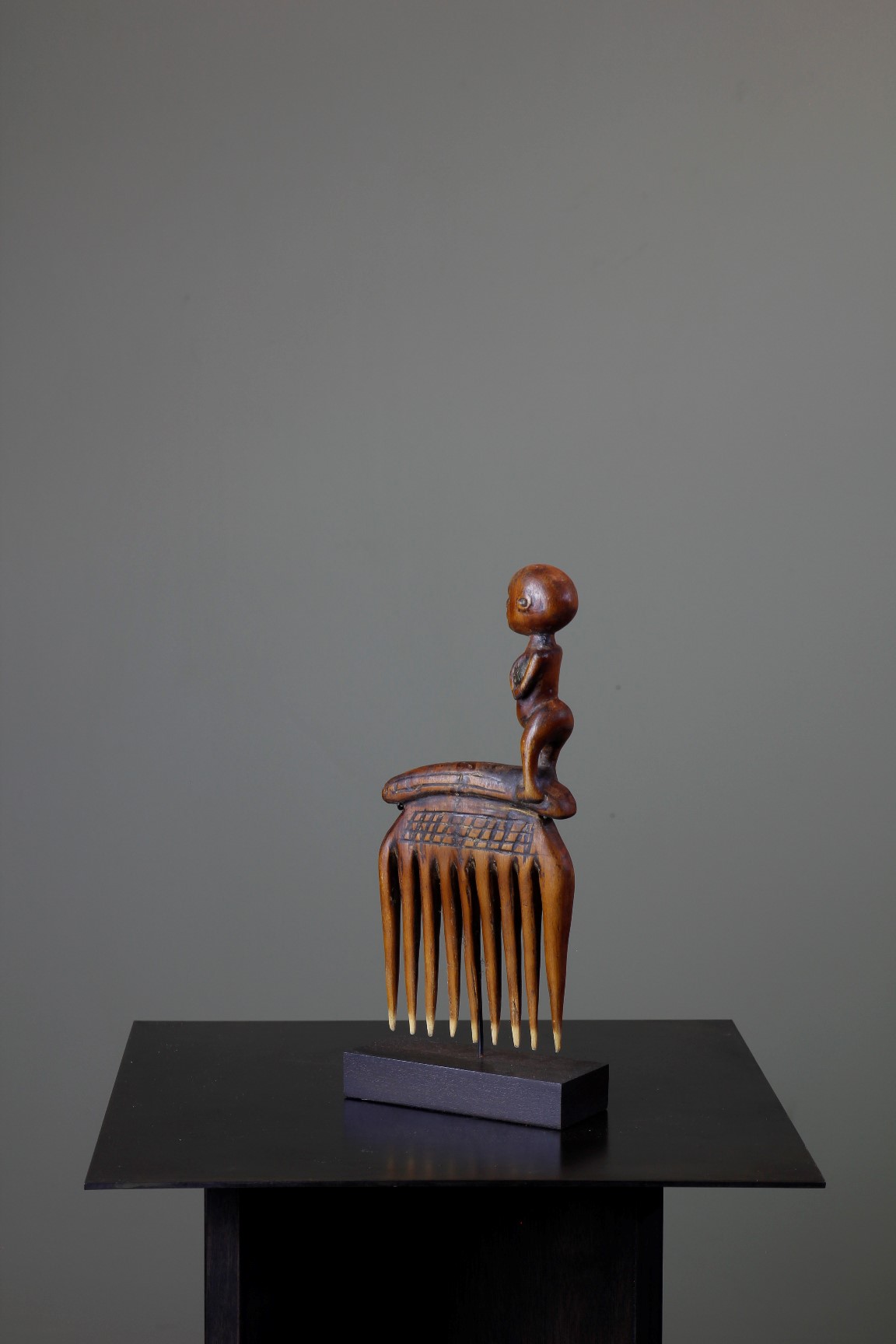 This Kaguru comb is surmounted by a standing female figure. With one hand on her breast and the other cradling her stomach, she expresses a maternal gesture. Adorning the body of the comb are incised linear and cross-hatched decorations.

Among many cultures in Tanzania, elaborately carved combs such as this would have been given by men to women as bridal or dowry gifts.

(Cick on images to enlarge) 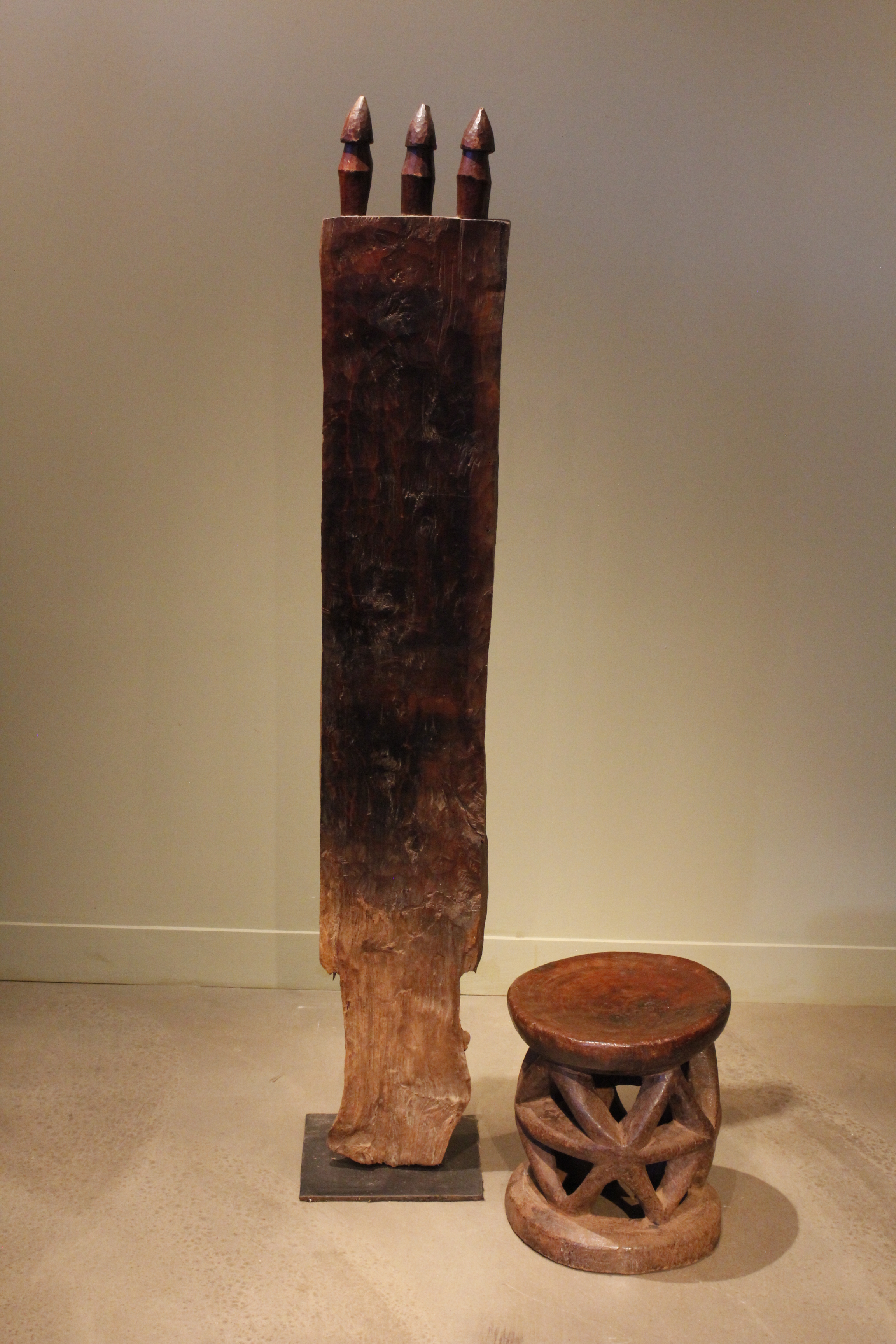 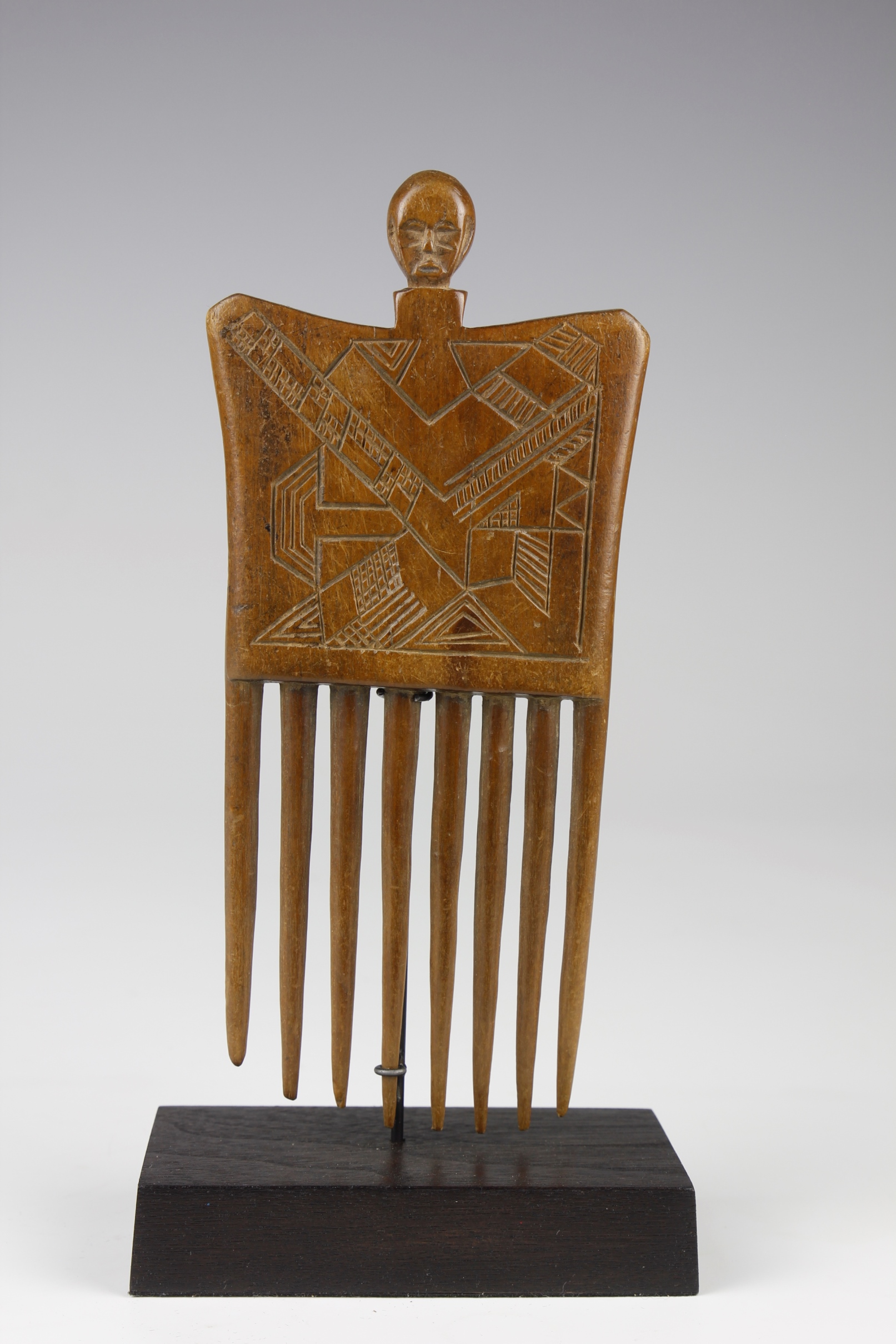 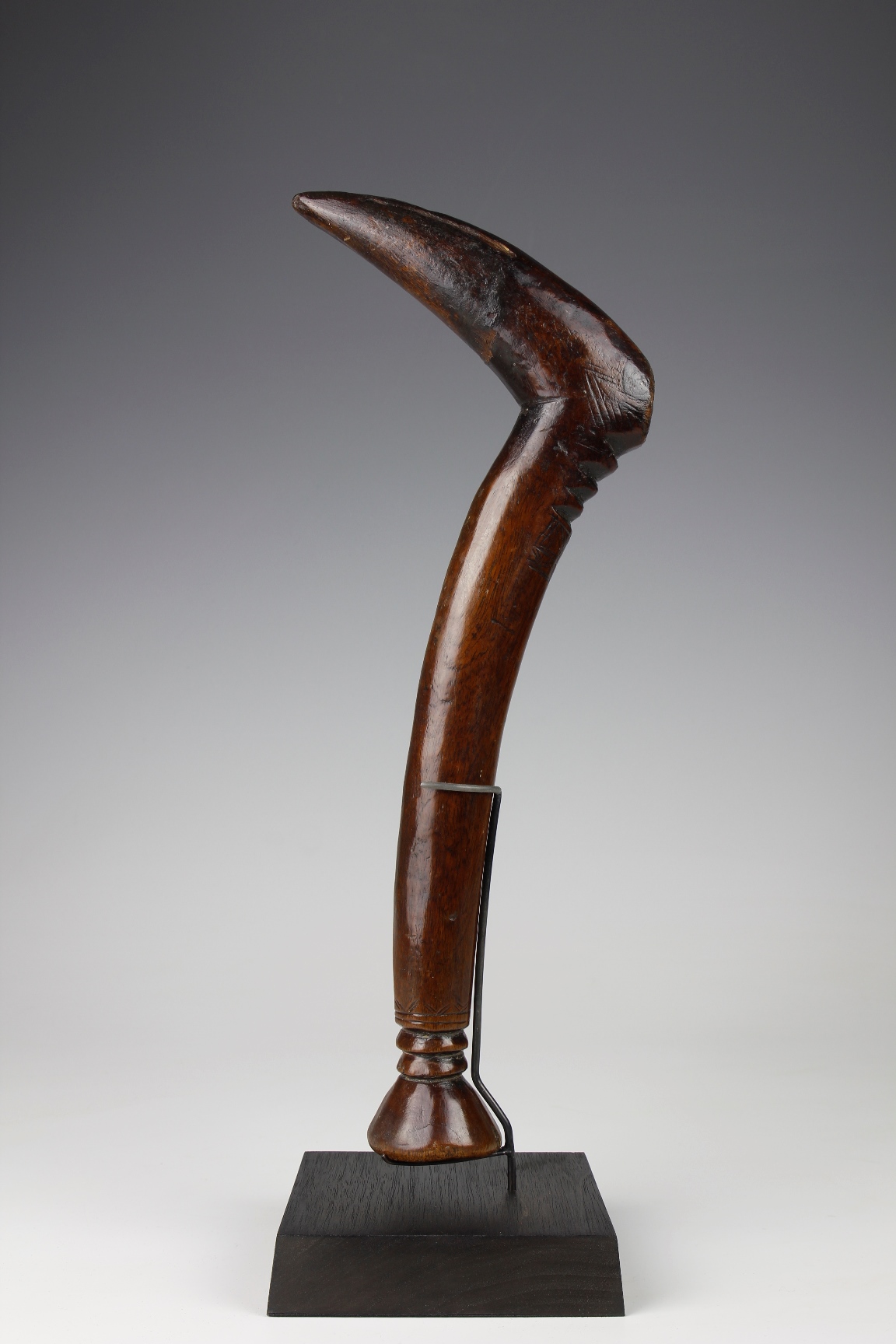 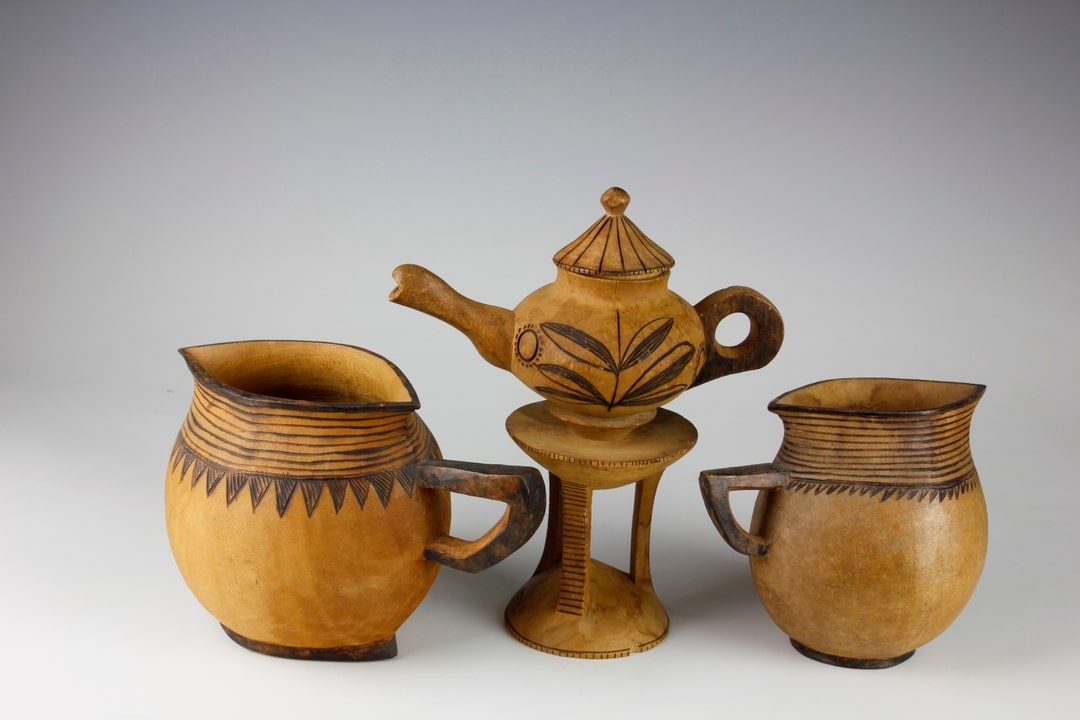