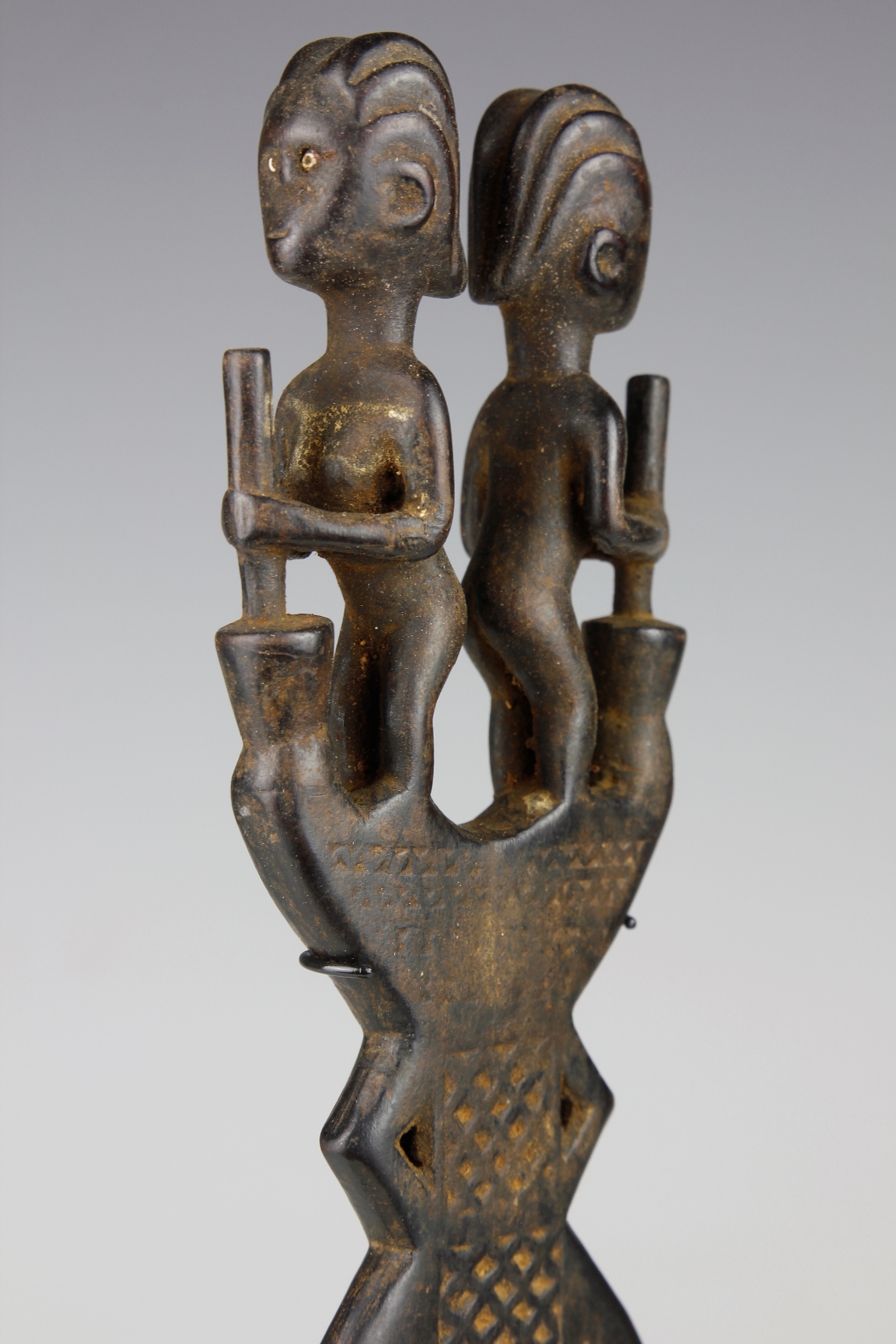 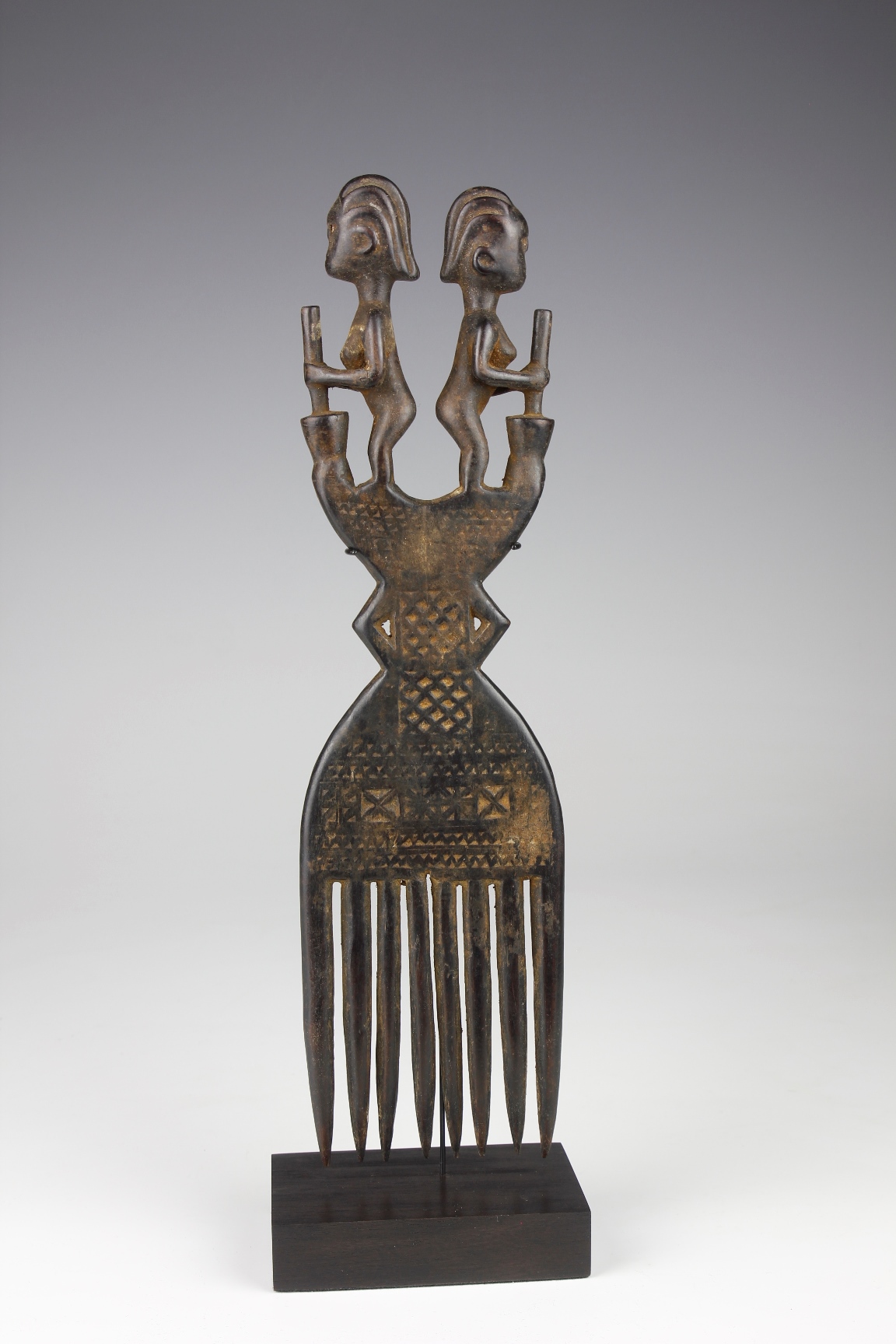 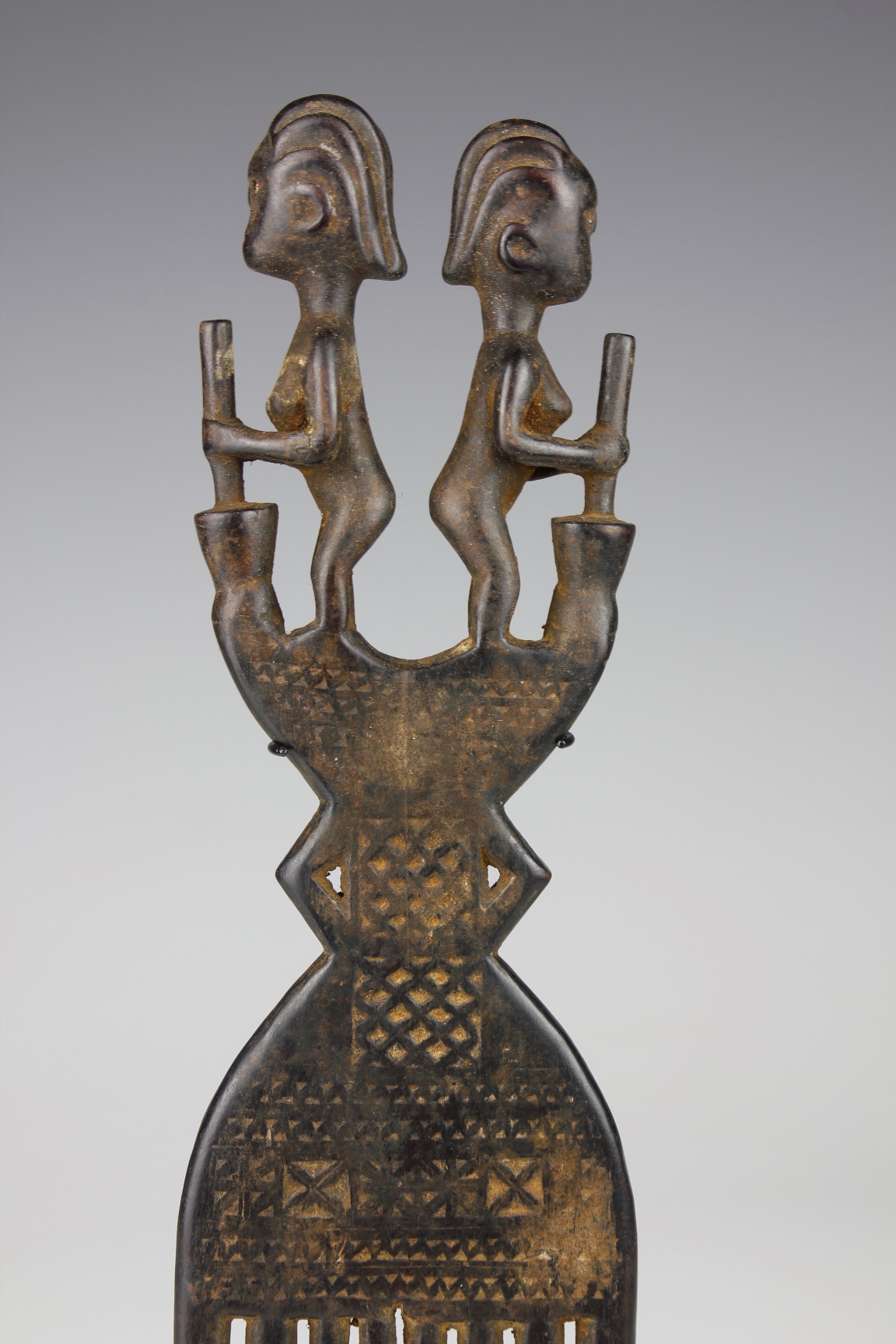 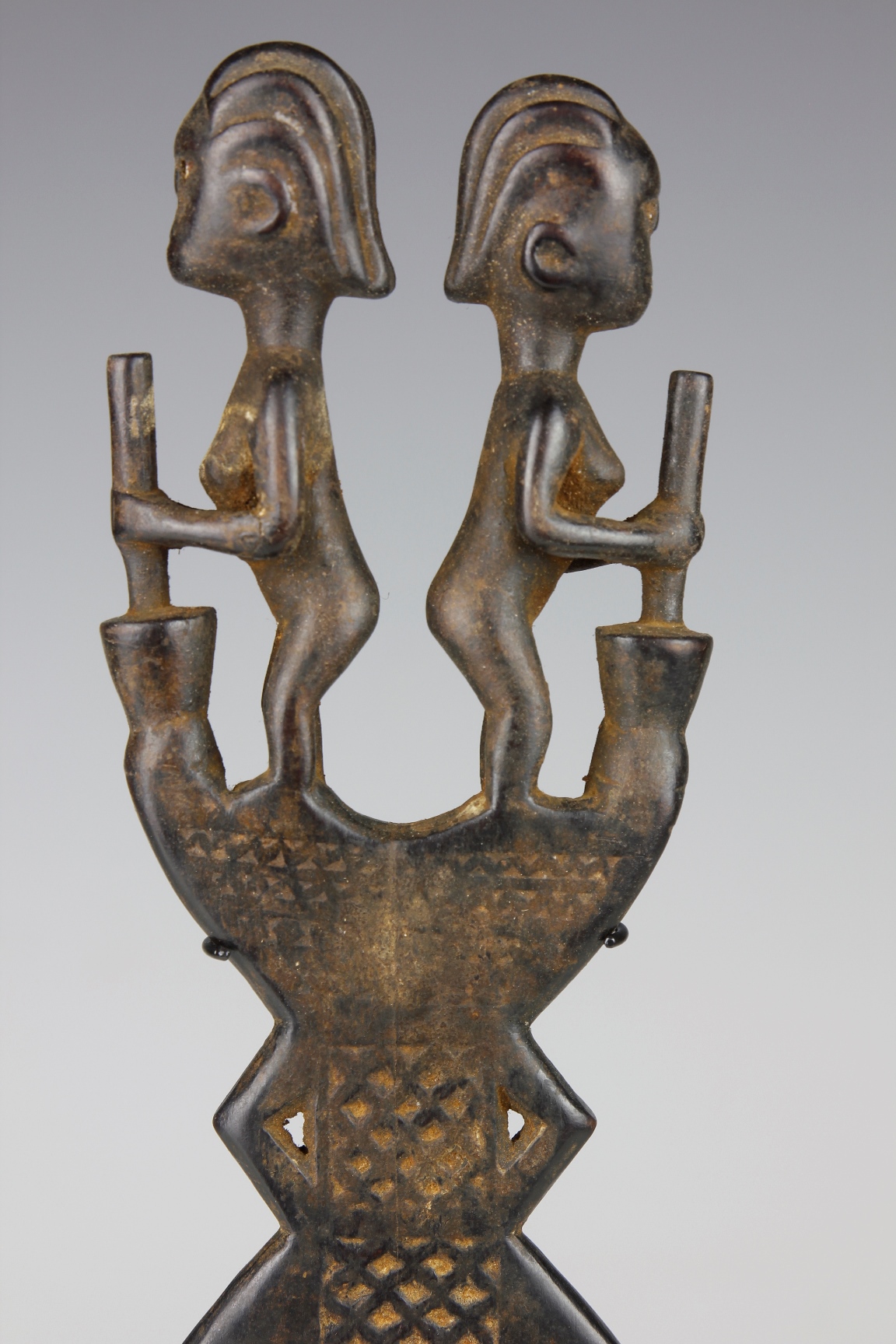 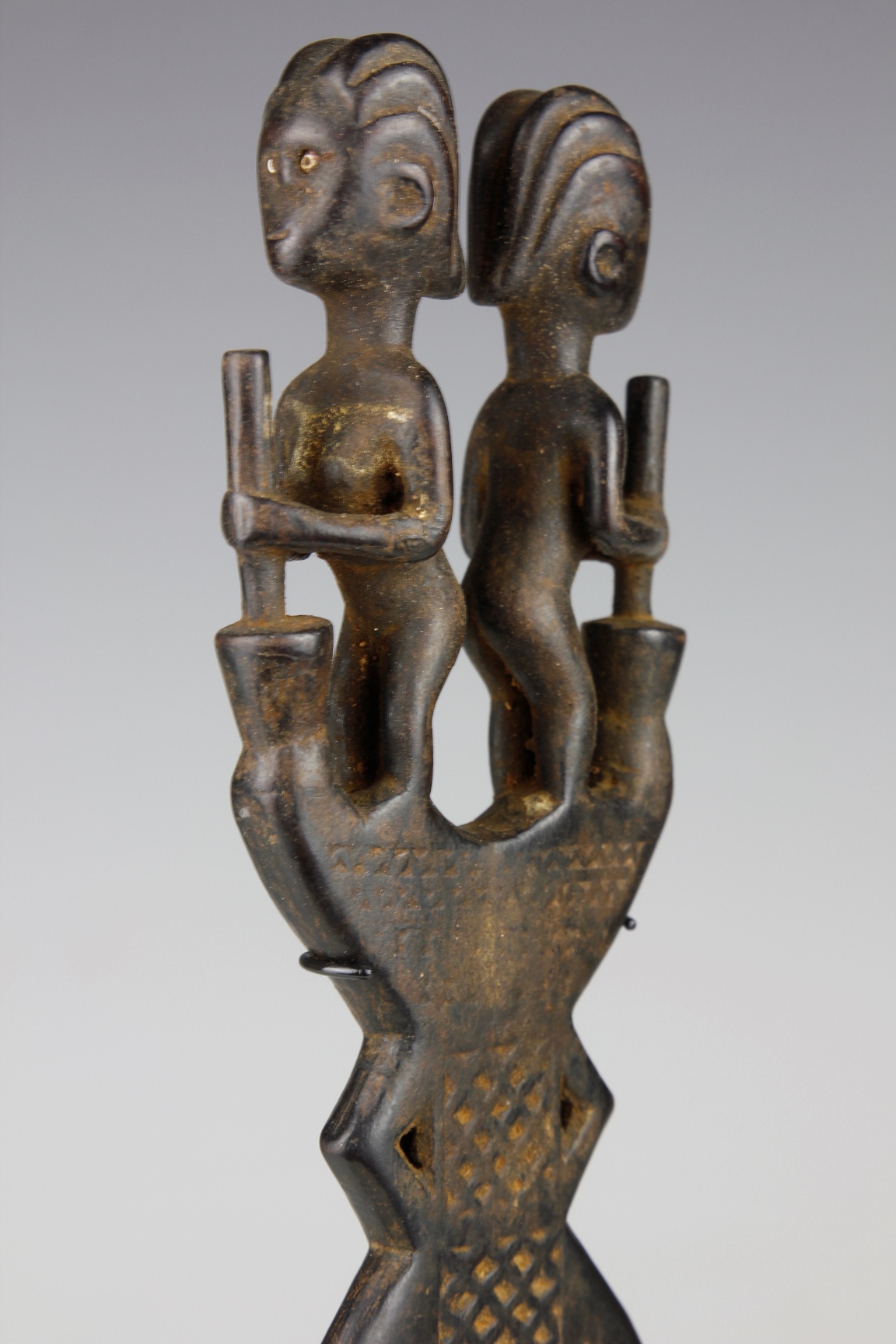 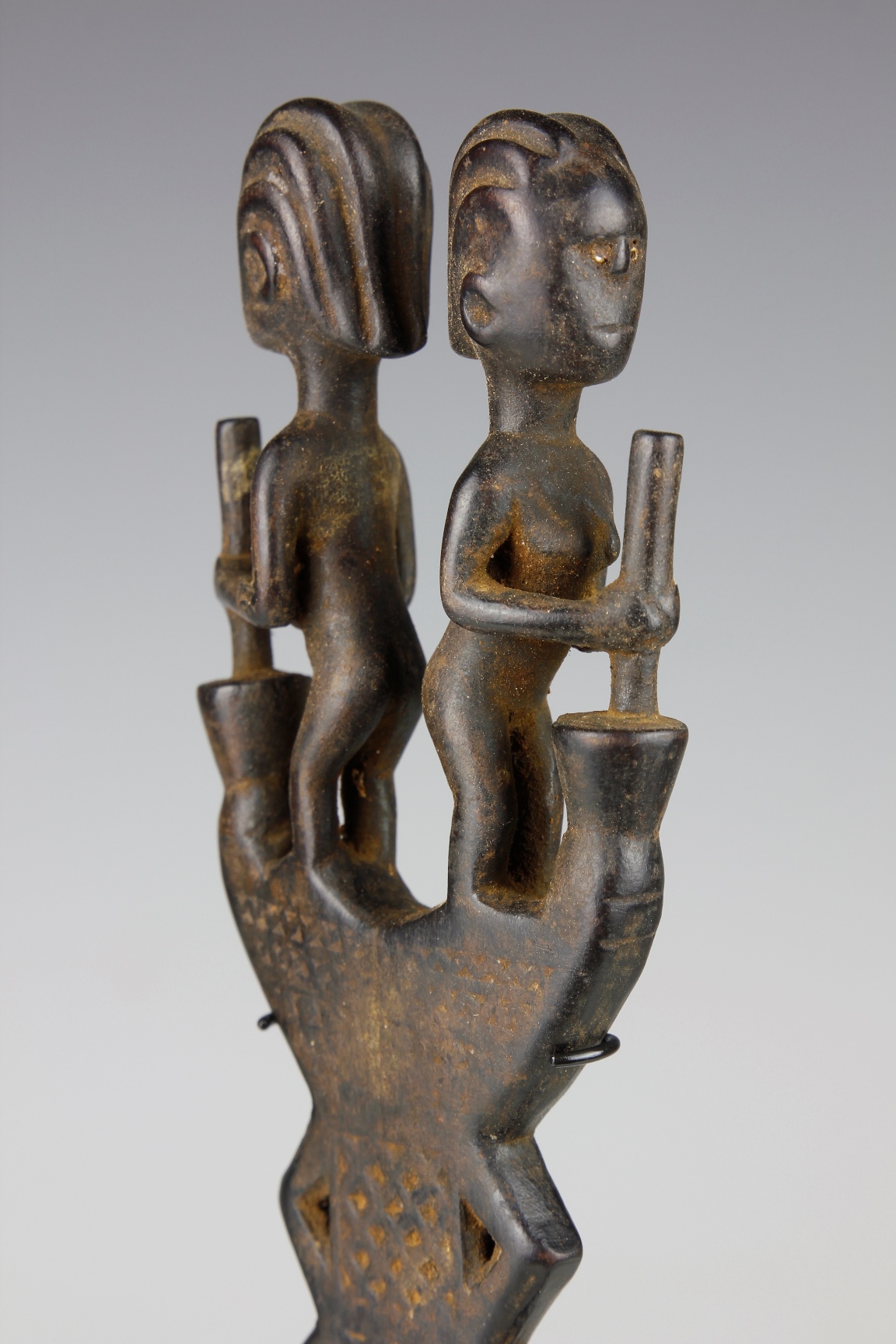 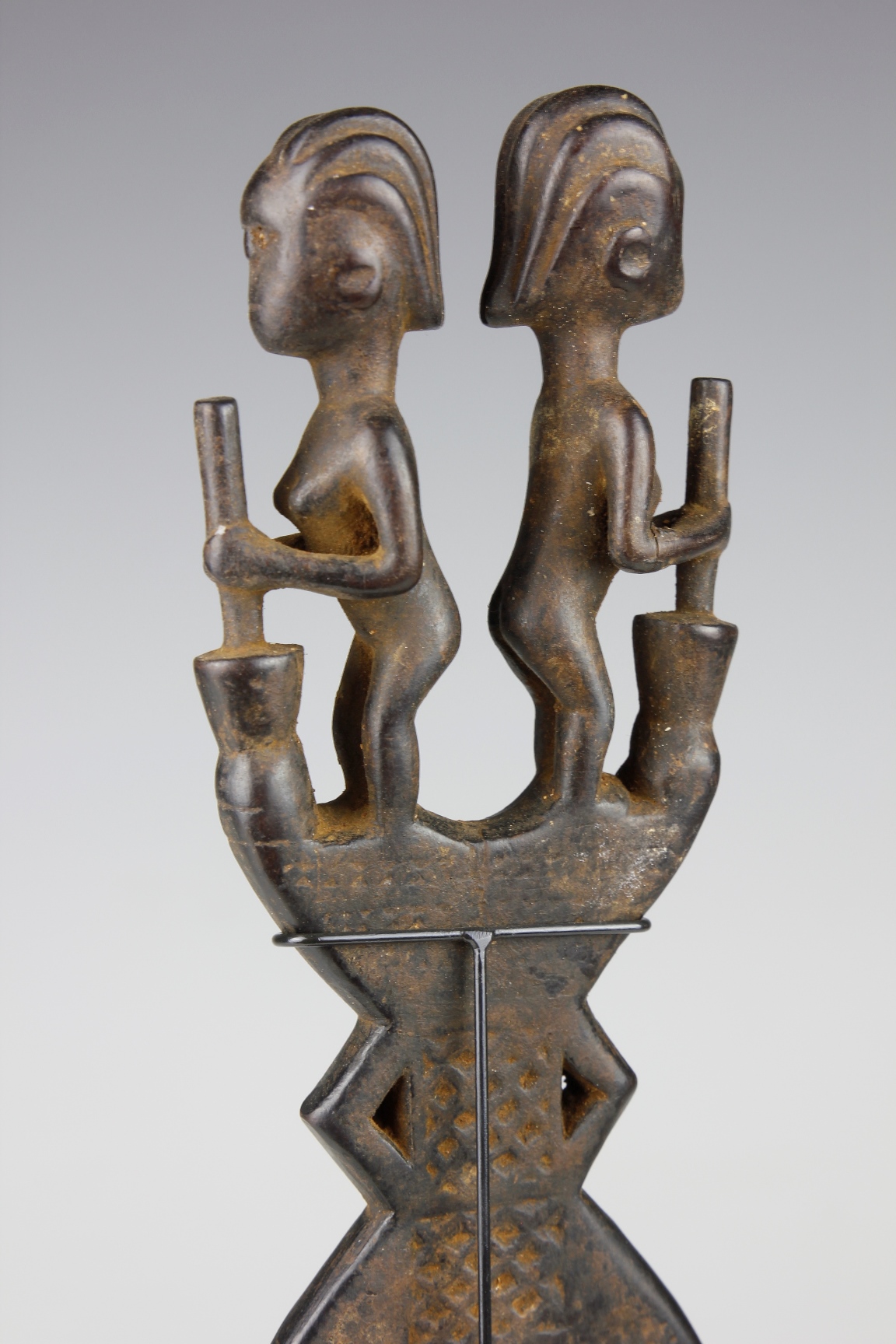 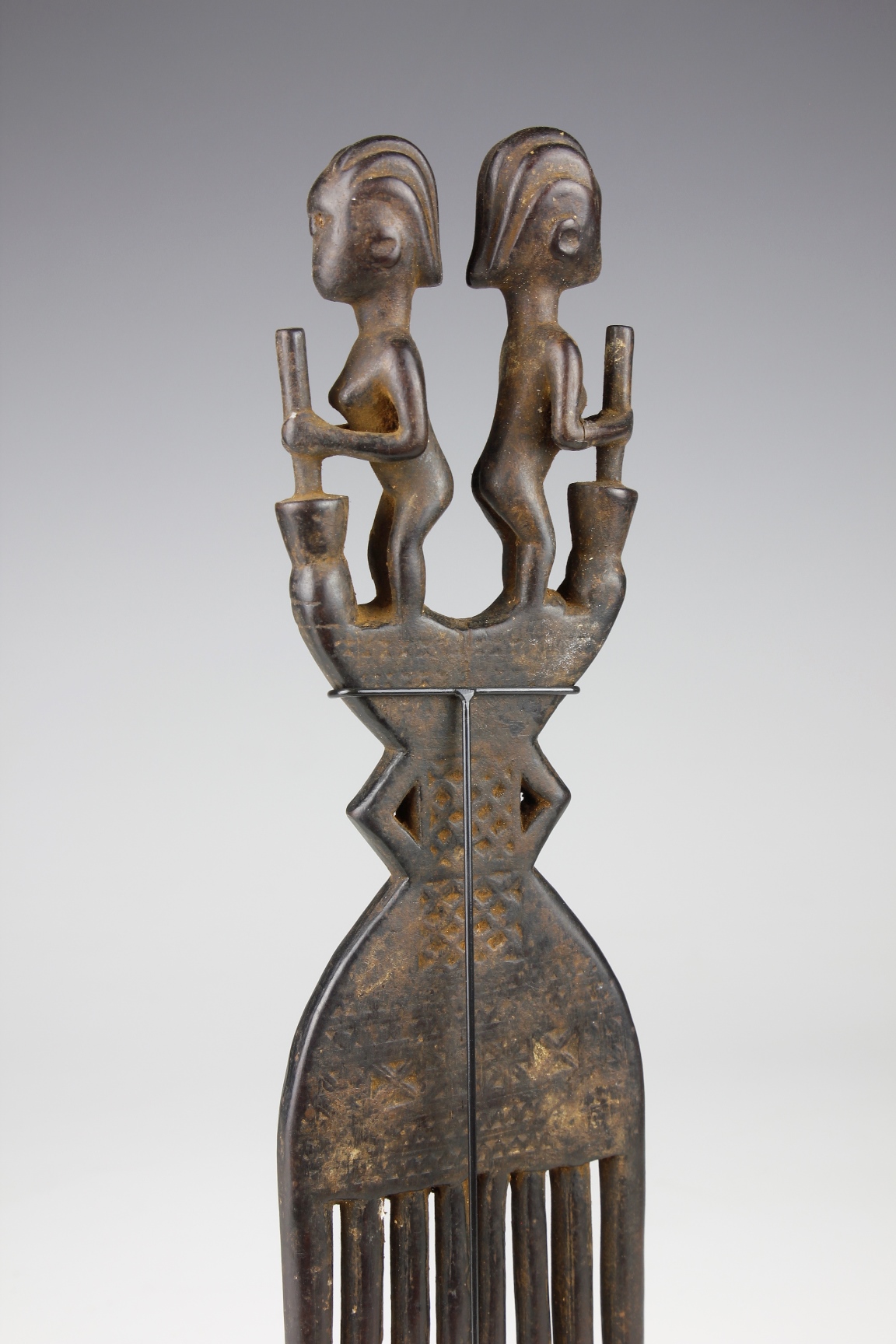 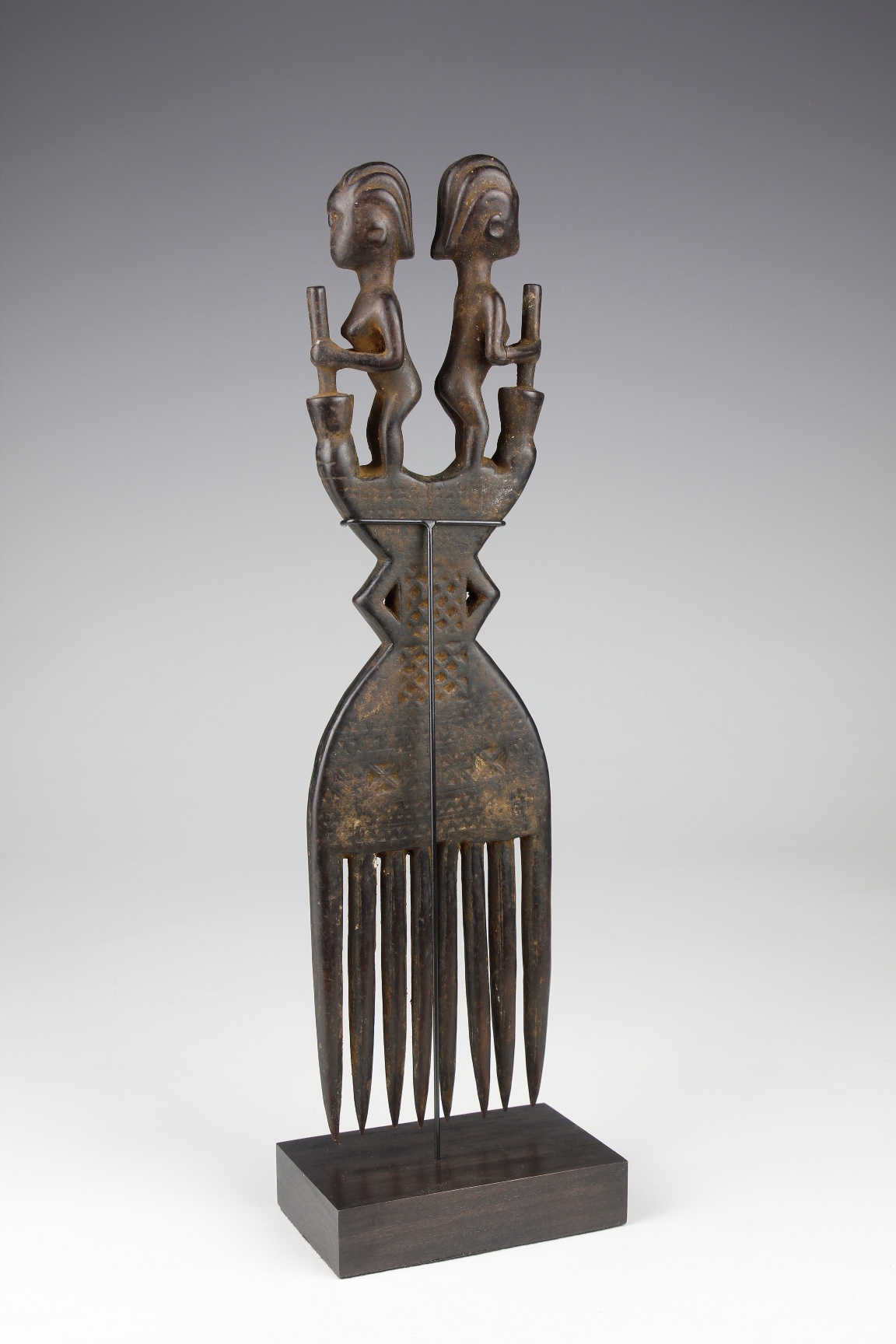 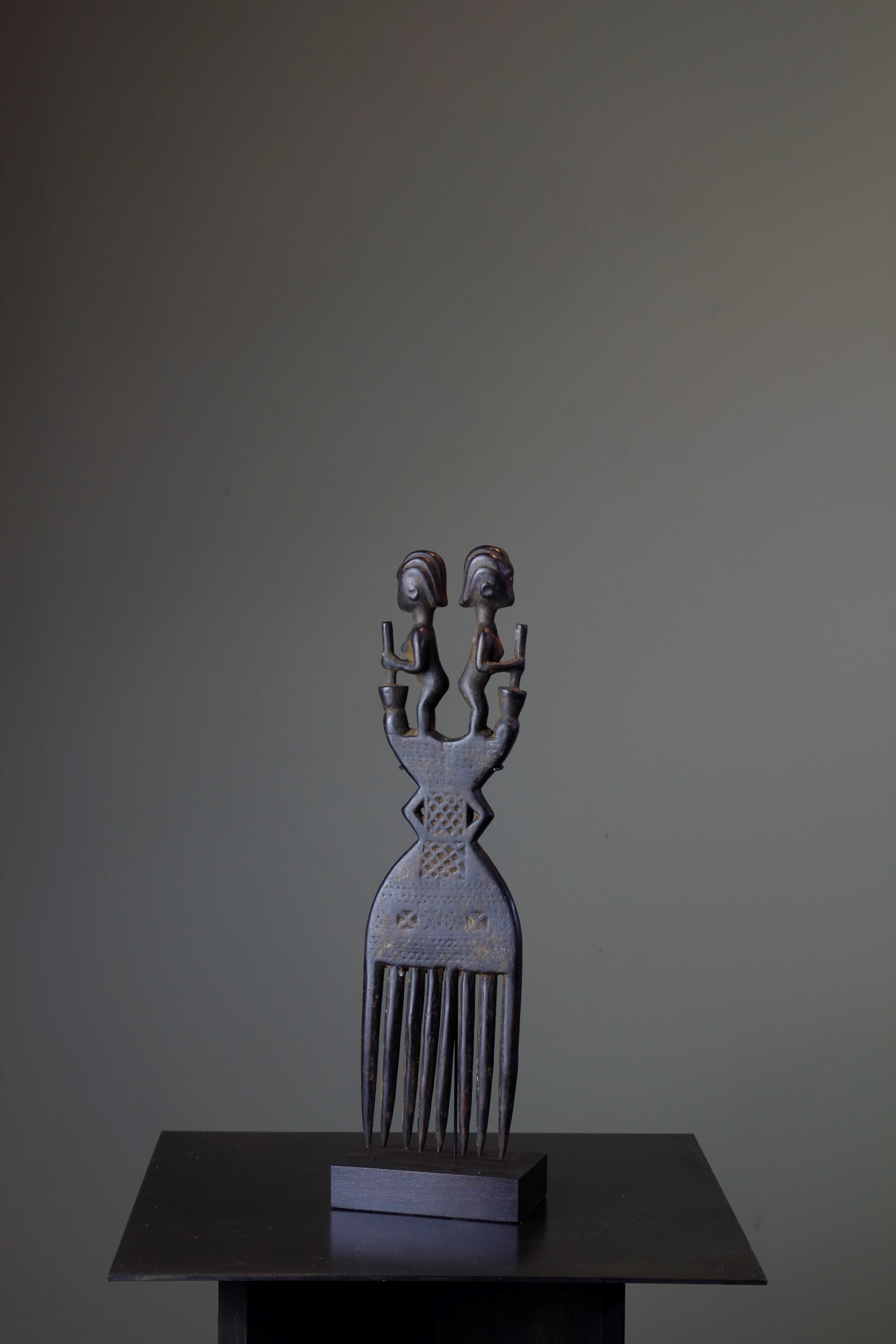 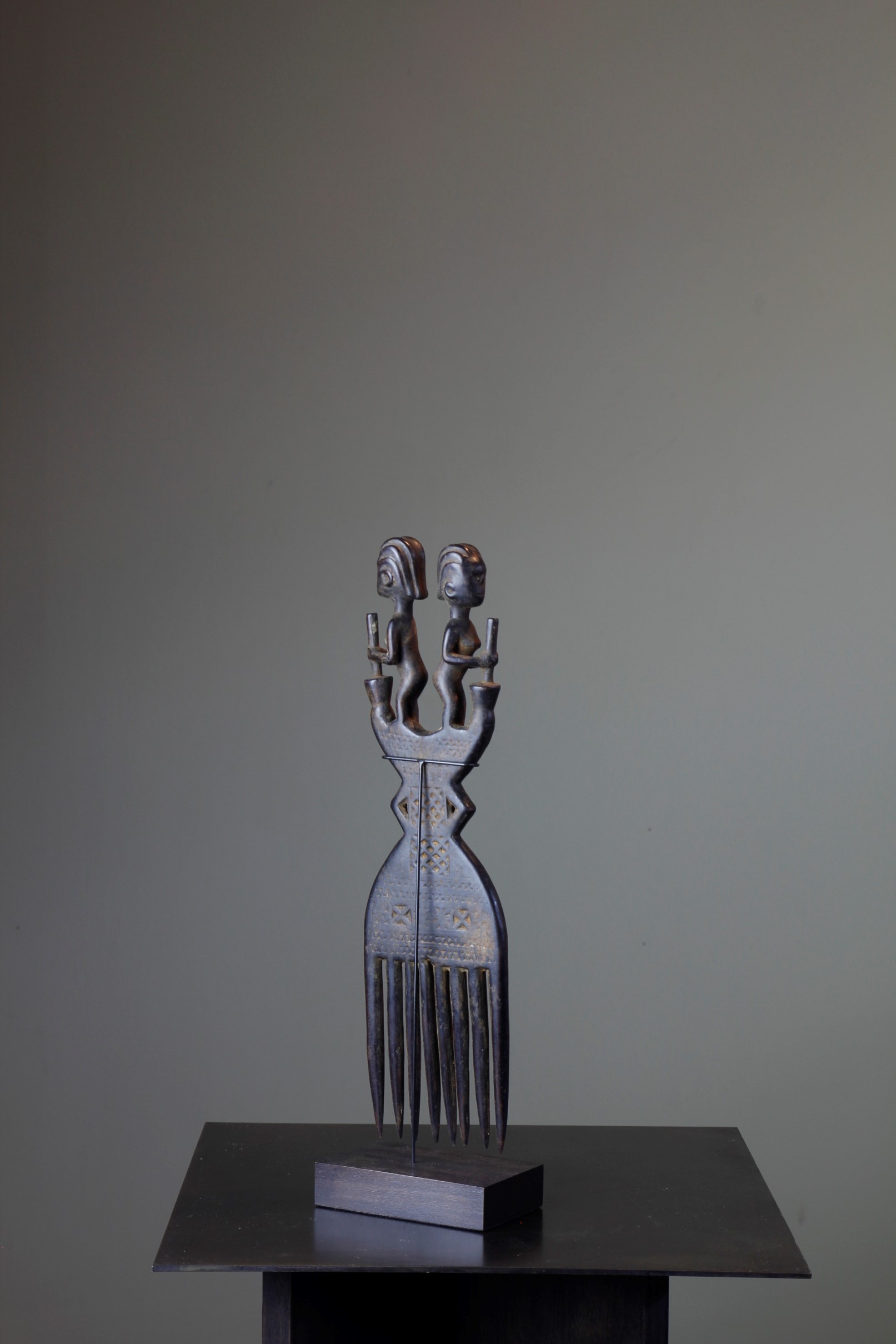 This comb is surmounted by two female figures, engaged in domestic labour with a mortar and pestle. Among the Kwere’s neighbouring culture, the Luguru, the mortar and pestle are used during female initiation rites as a symbol of the man and woman. The surface of the comb is adorned with intricate Swahili designs, similar to those found on household and utilitarian items along the Tanzanian coast.

Among the Kwere, elaborate combs such as this would have been given by men to woman as bridal or dowry gifts. The gifted comb can be considered a celebration of womanhood.

J.L. Brain (1978) Symbolic Rebirth: The ‘Mwali’ Rite among the Luguru of Eastern Tanzania, Africa: Journal of the International African Institute