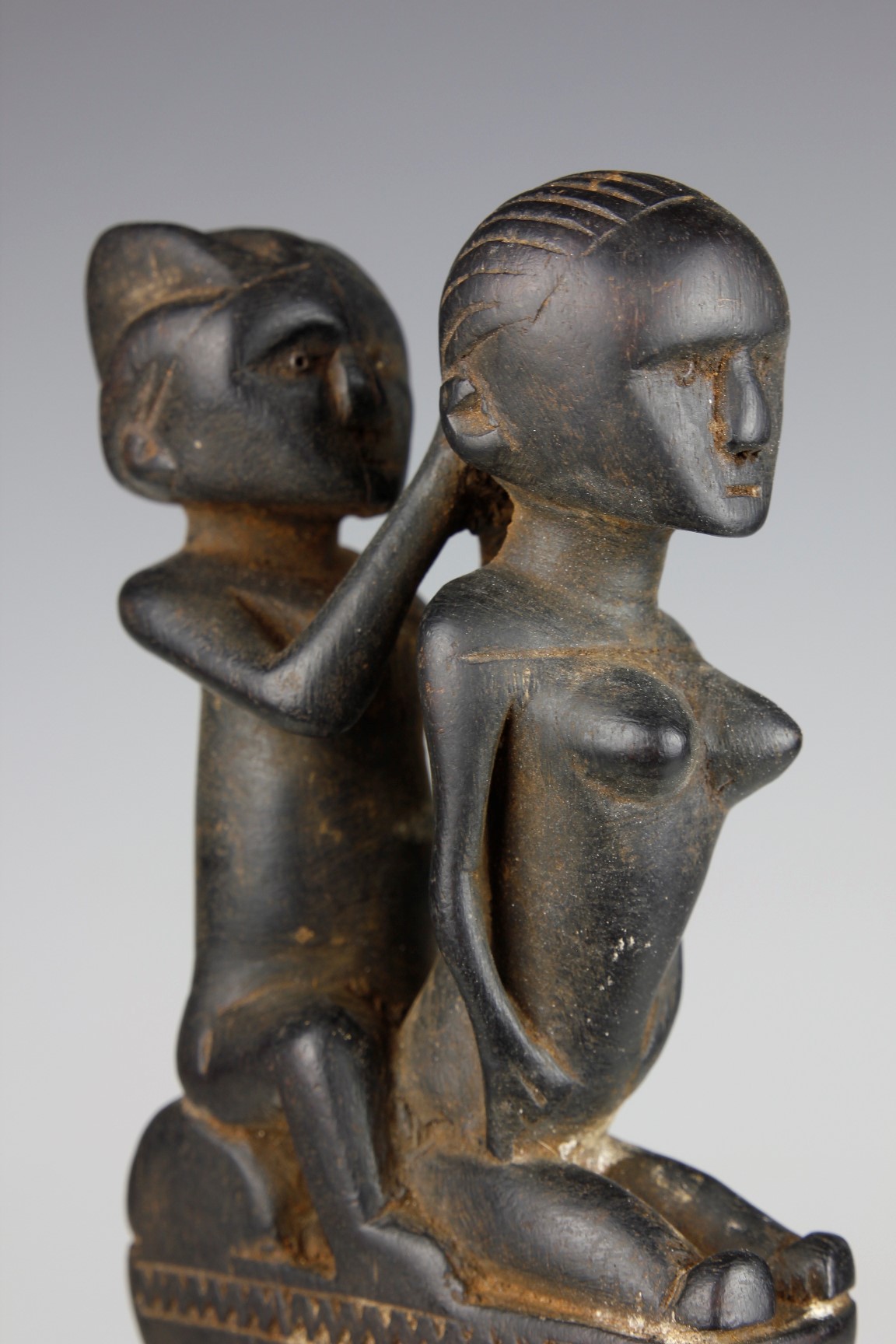 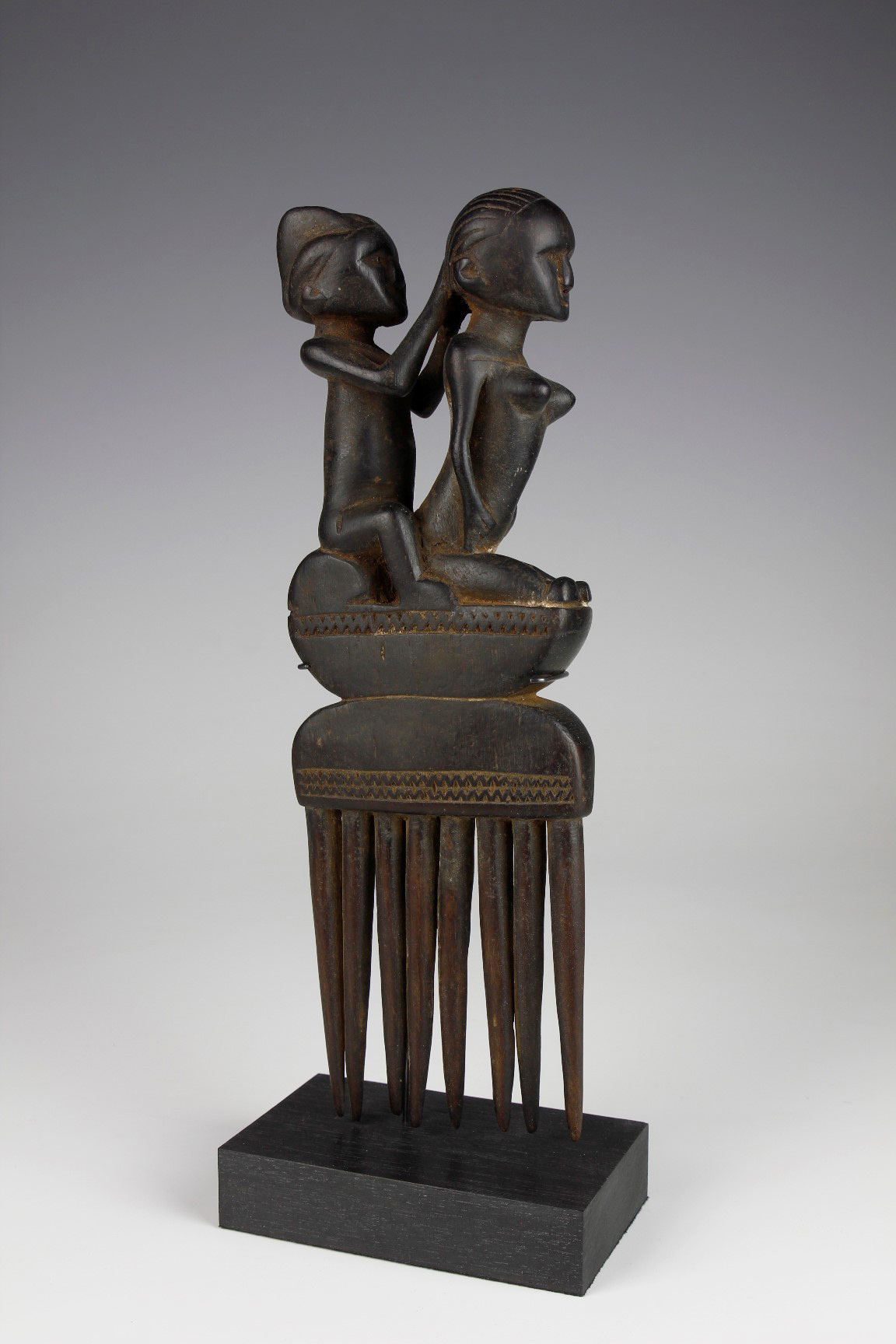 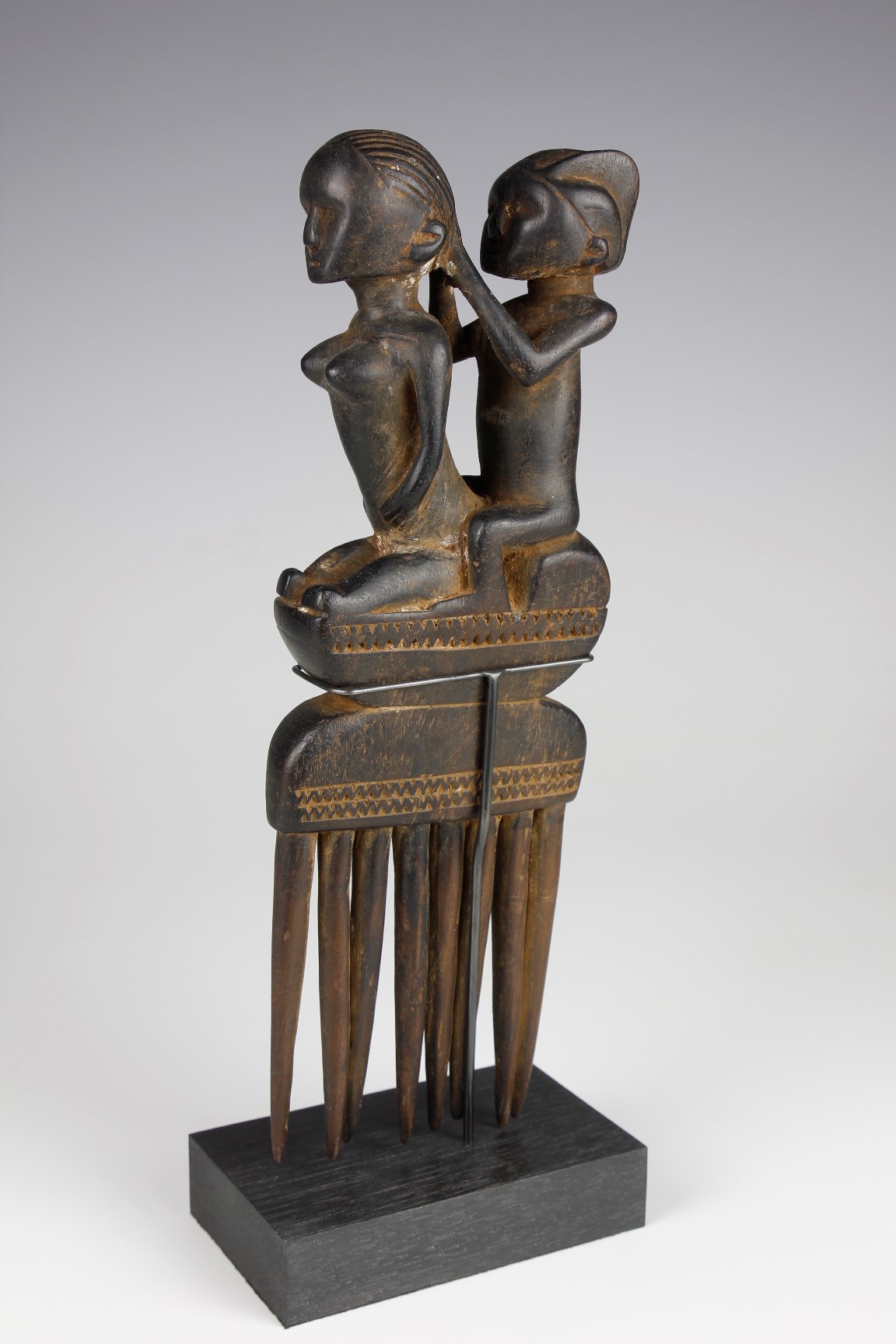 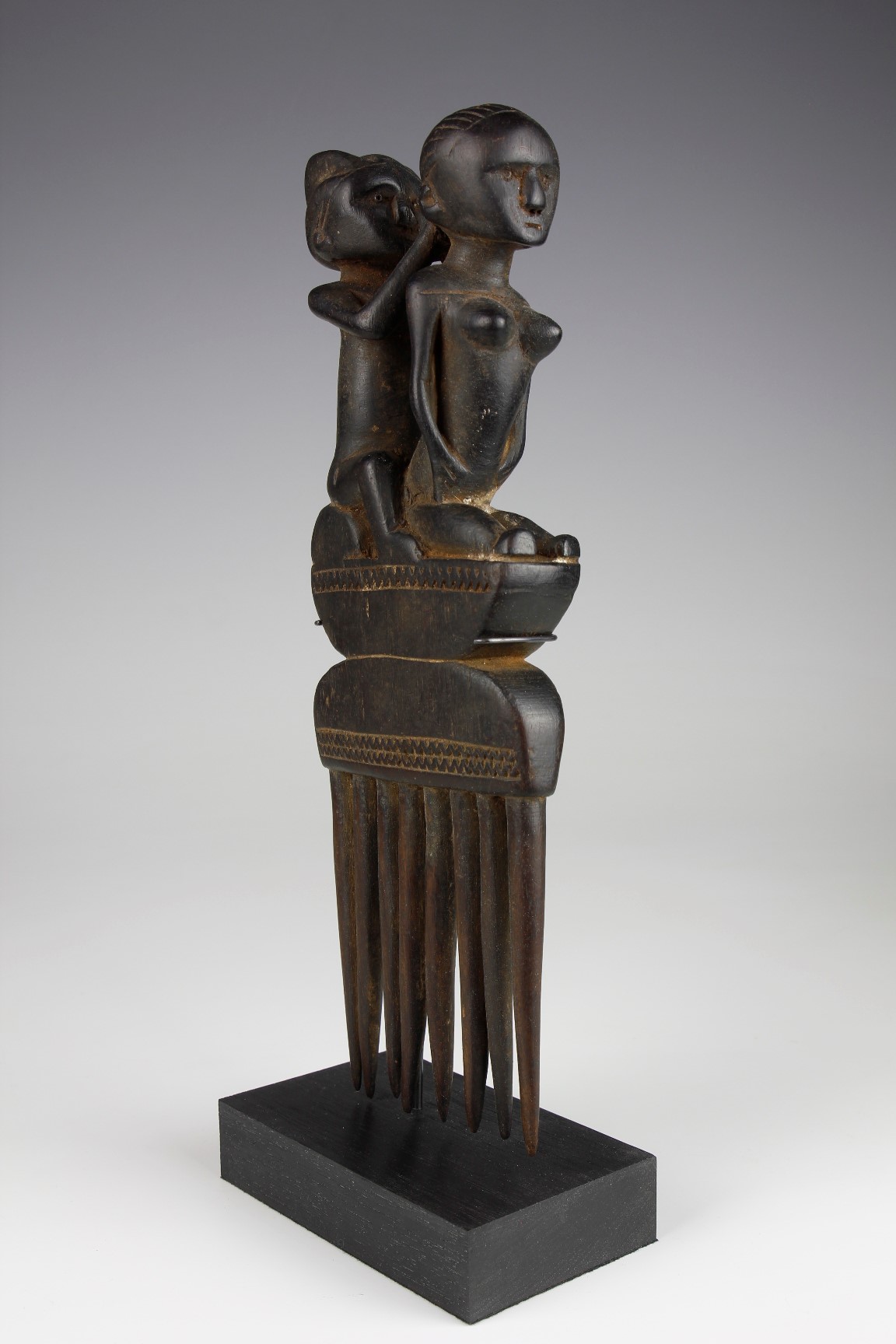 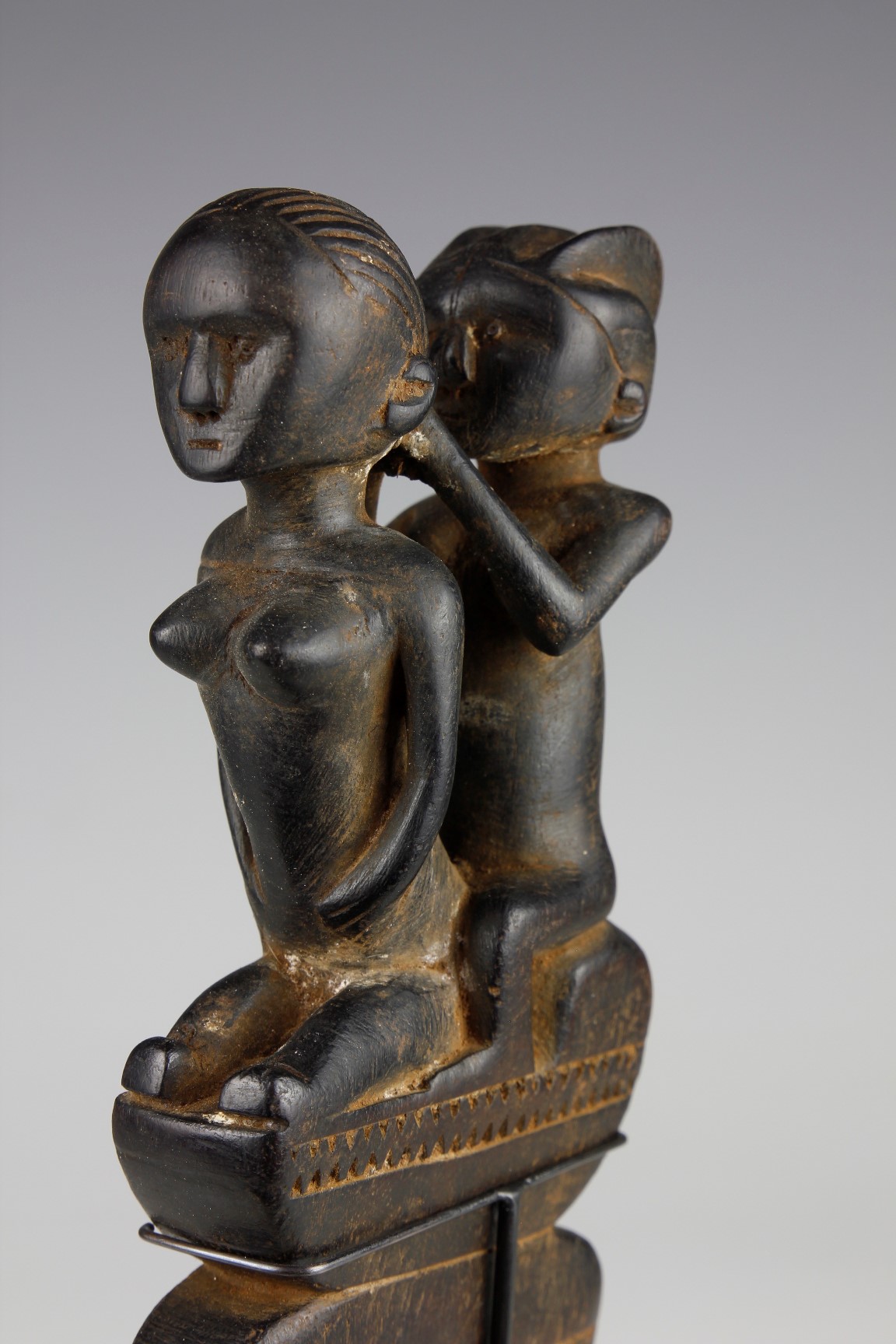 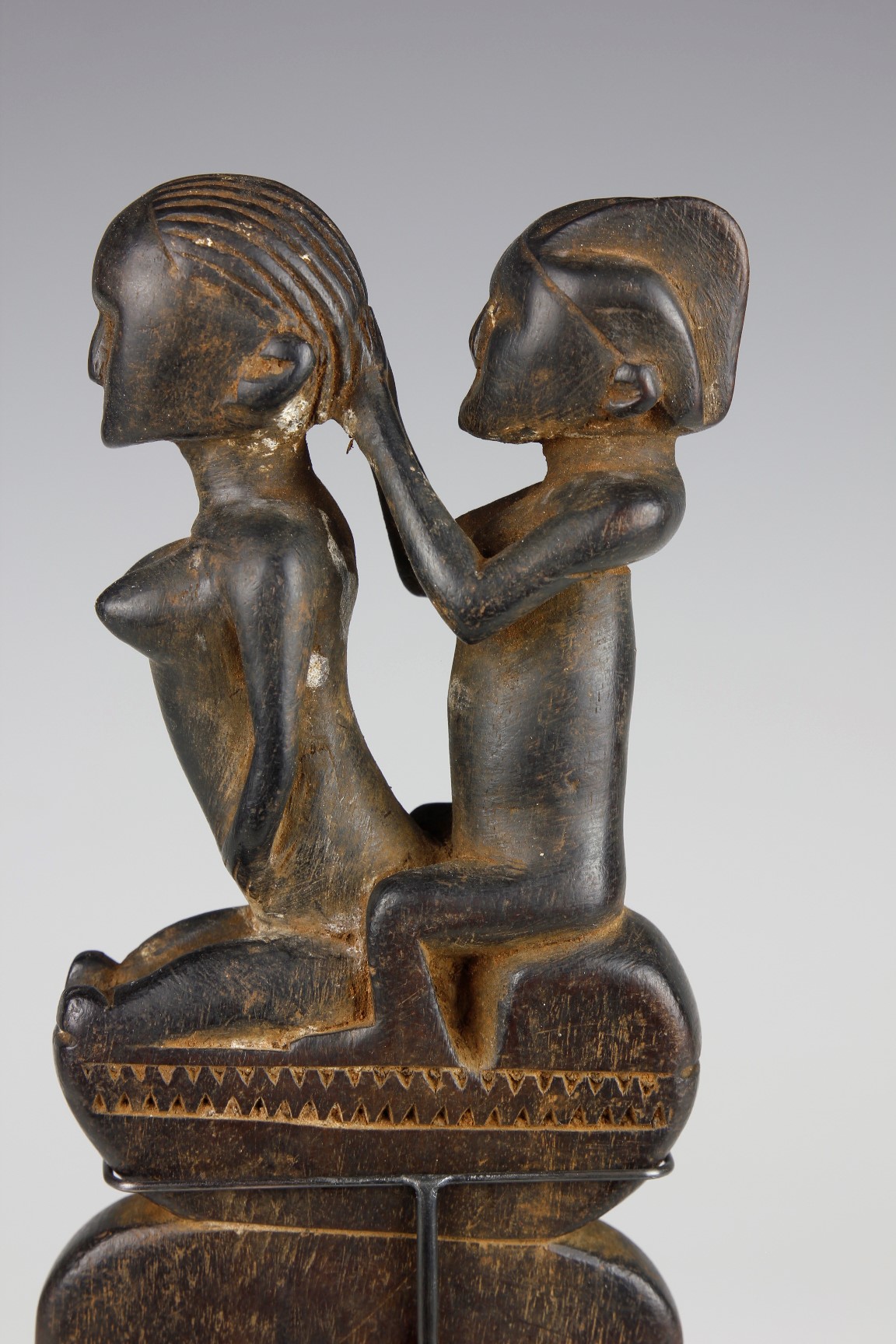 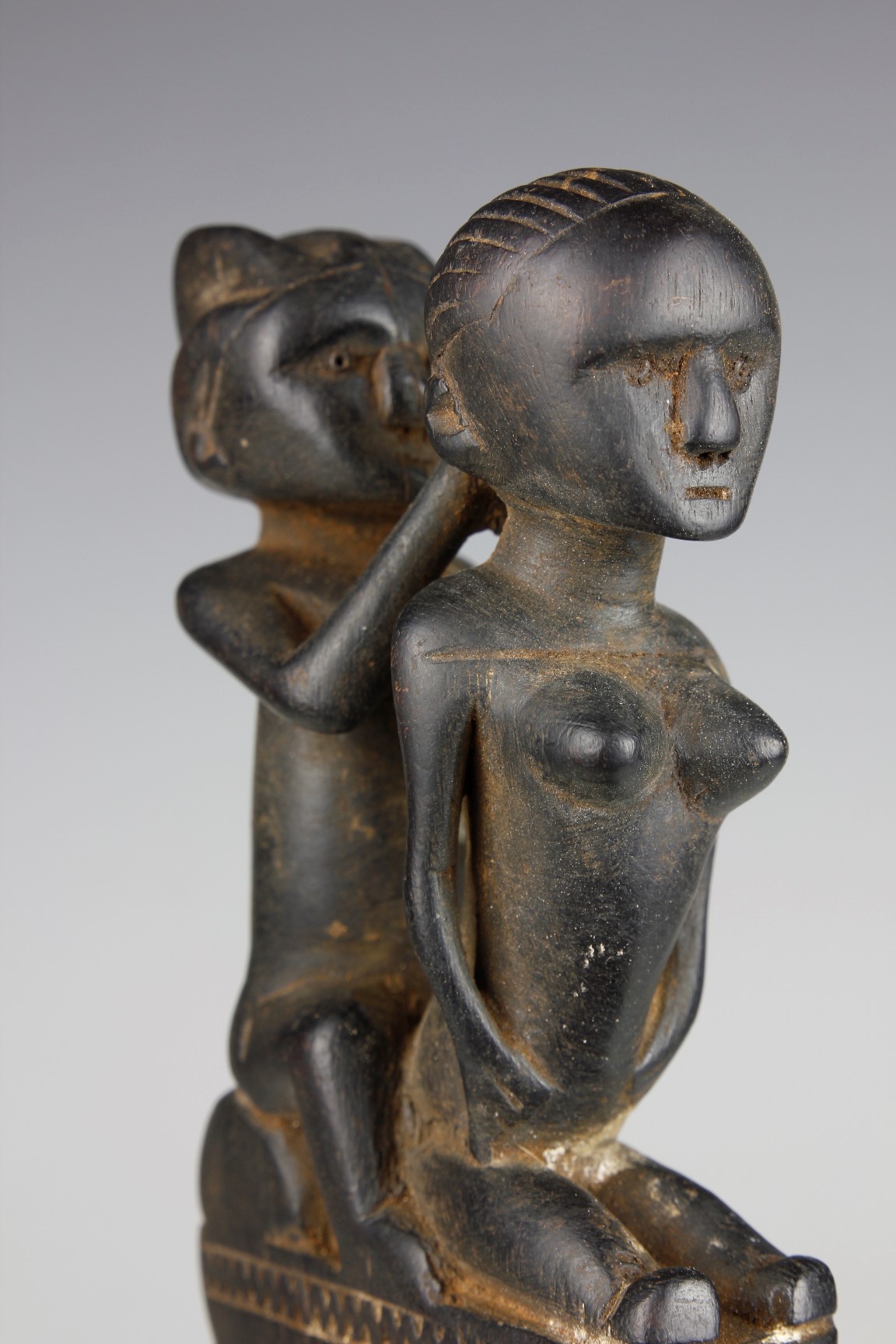 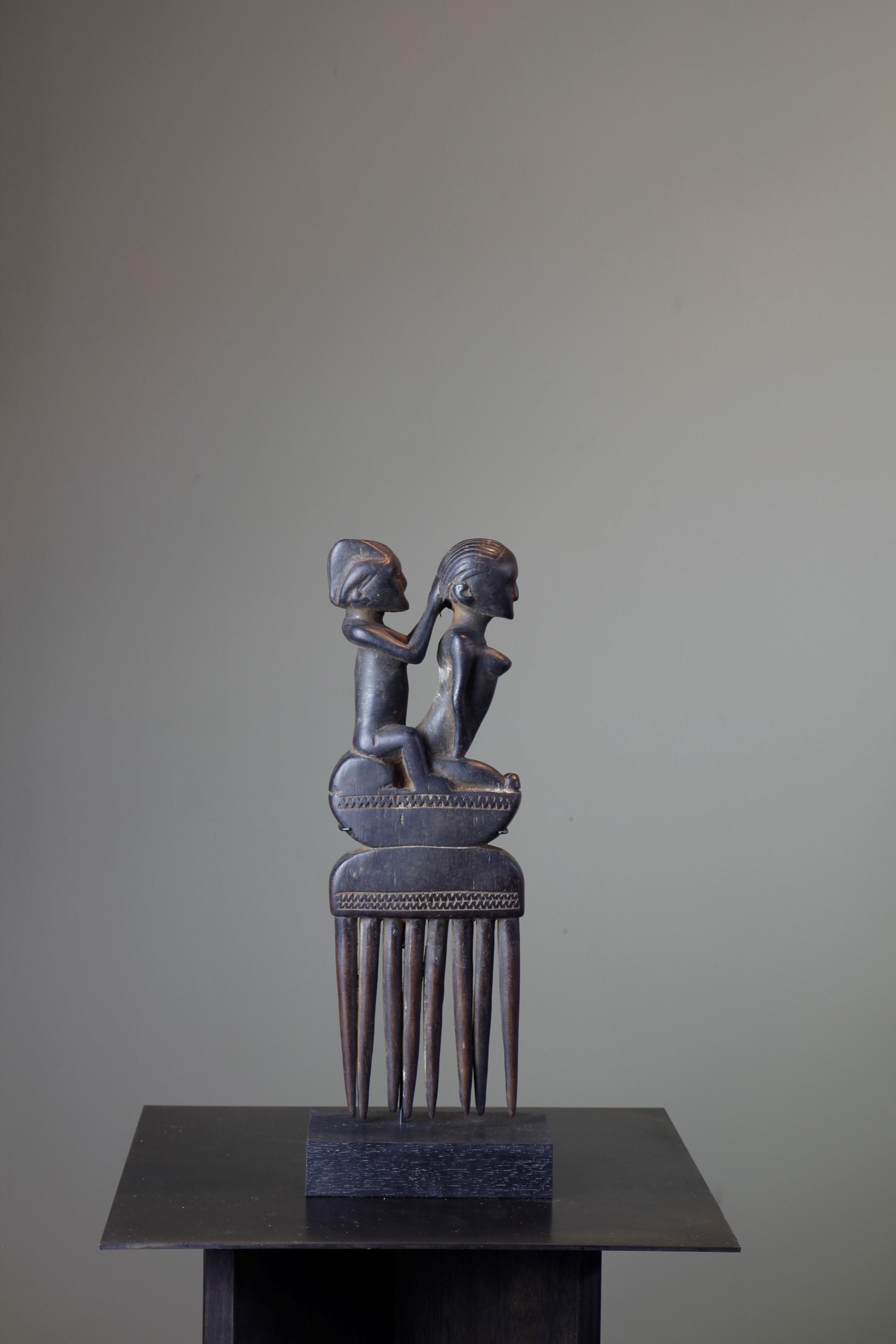 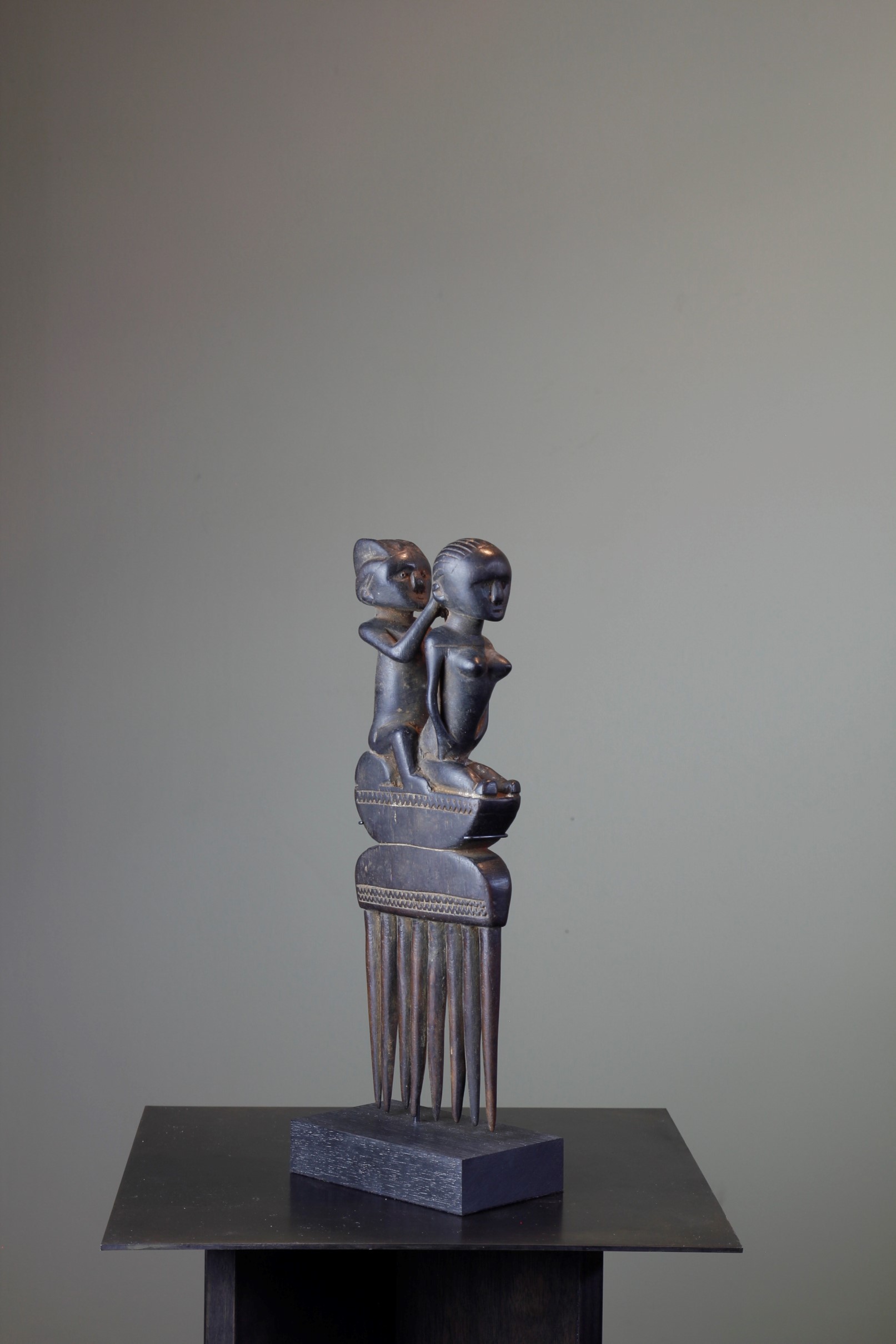 Among the Kwere of Tanzania, elaborately decorated hair combs such as this would have been gifted by a man to a woman to commemorate a milestone in the woman’s life. This large Kwere comb allows us to witness a rite of passage - the braiding of a young girl’s hair. The comb is surmounted by two carved female figures, likely an older and younger woman - the older crowned with a distinct coiffure. The older woman sits and styles the hair of the younger woman, a figure depicted with raised breasts and her hand resting on her stomach. Below the figures, the handle of the comb is adorned with a series of engraved zigzag lines. The braiding of hair into tiny plaits is a signifier of a Kwere girl’s transformation of status during a young female's initiation rite. This rite, performed when the girl reaches puberty, is a celebration of her entry into womanhood.