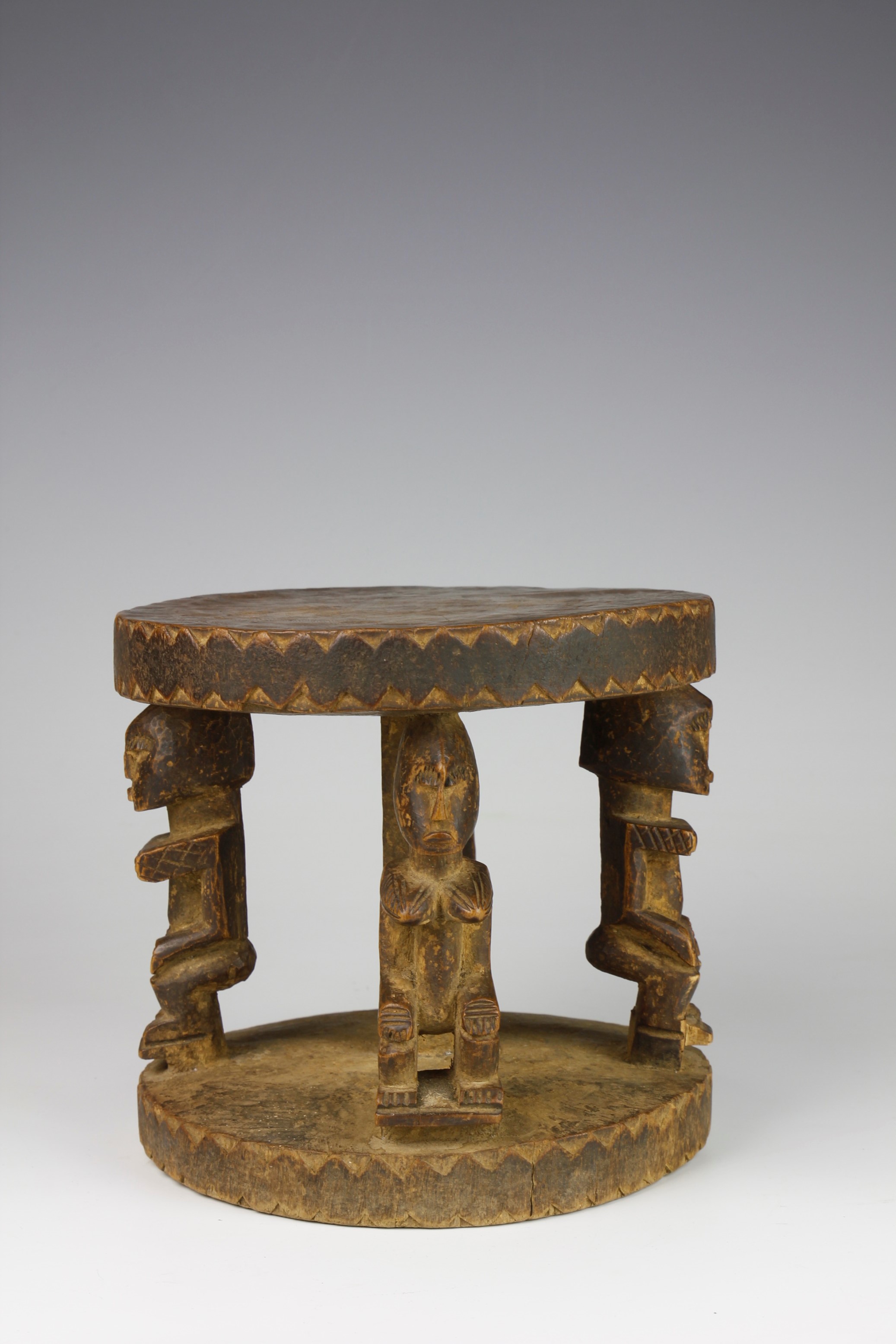 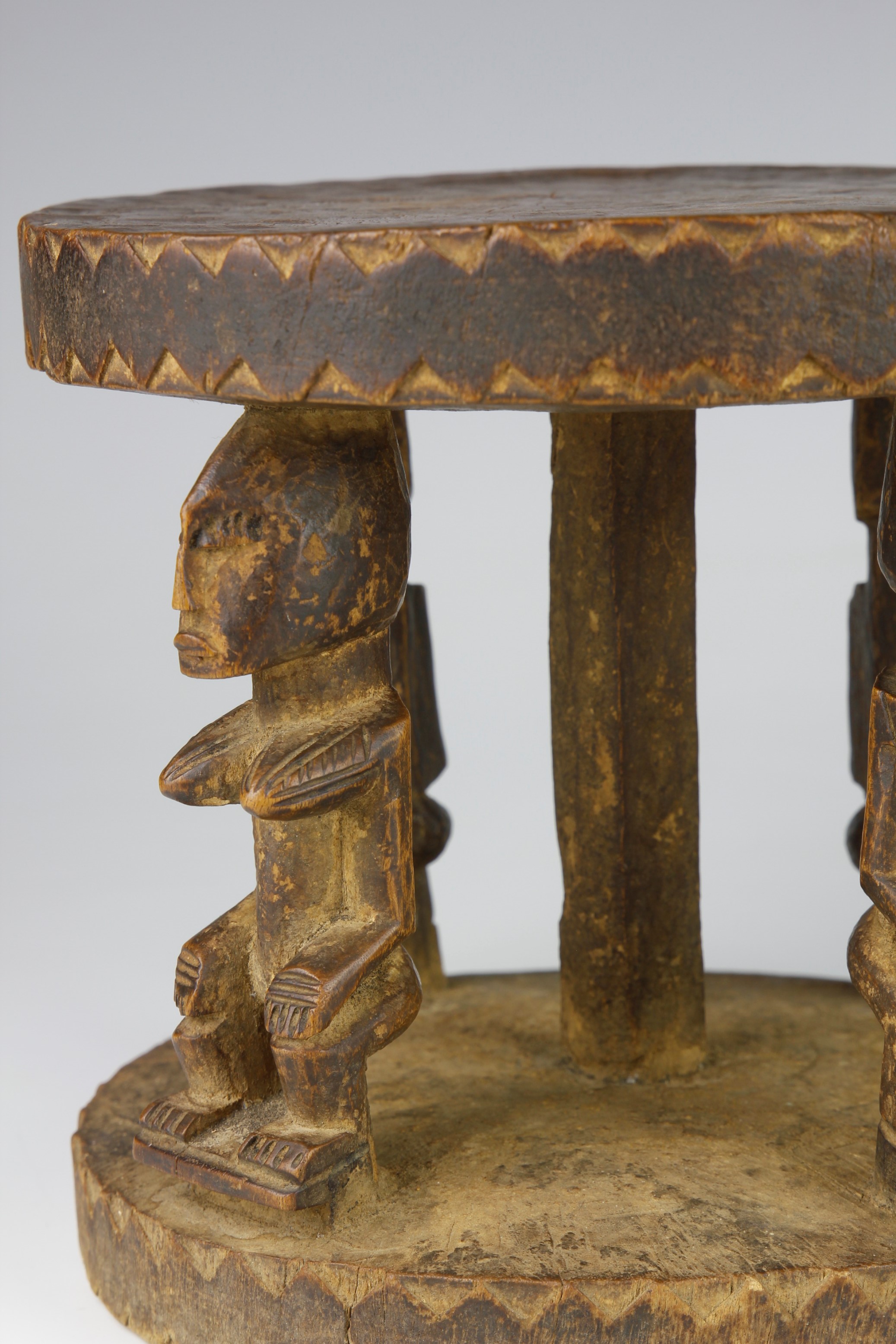 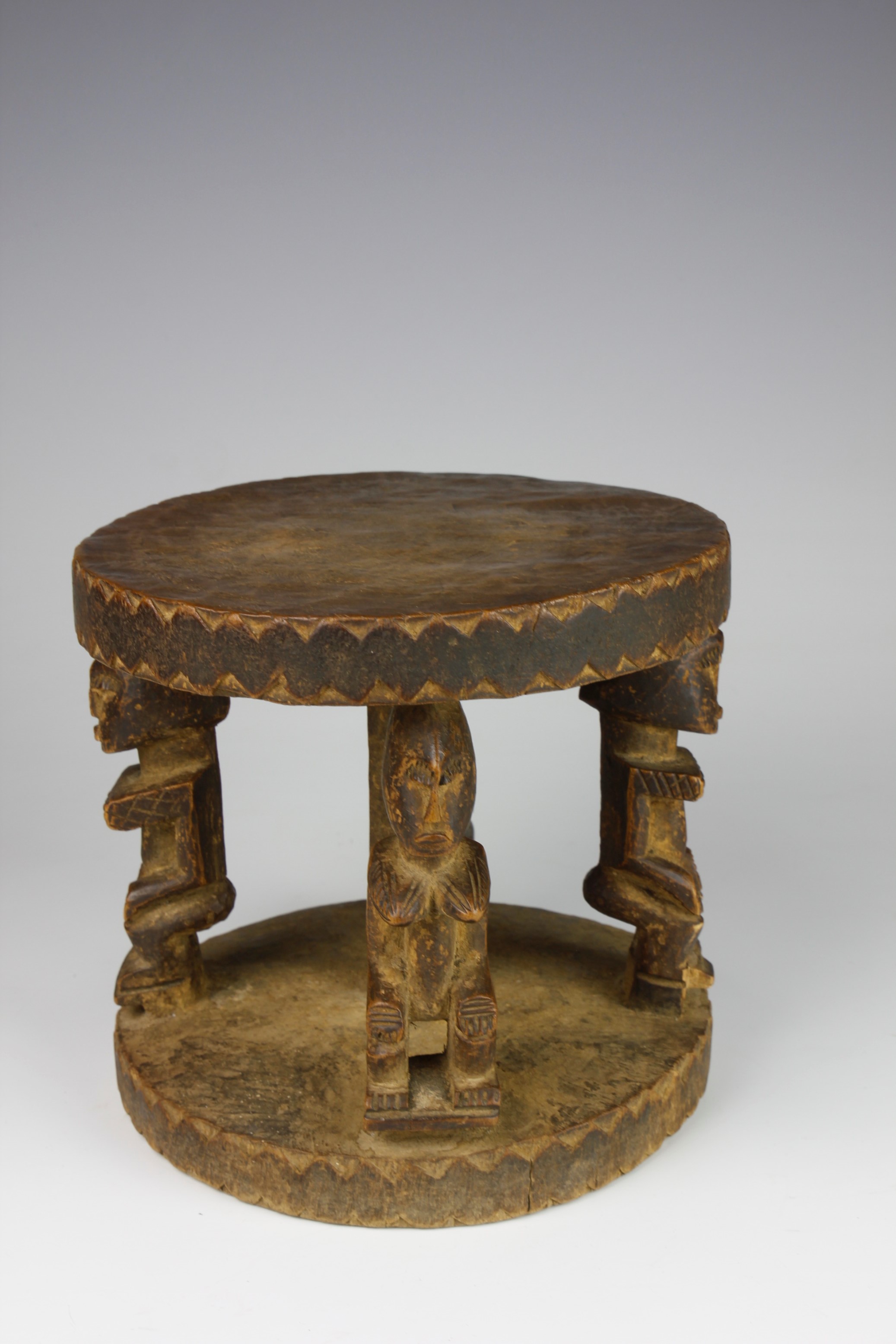 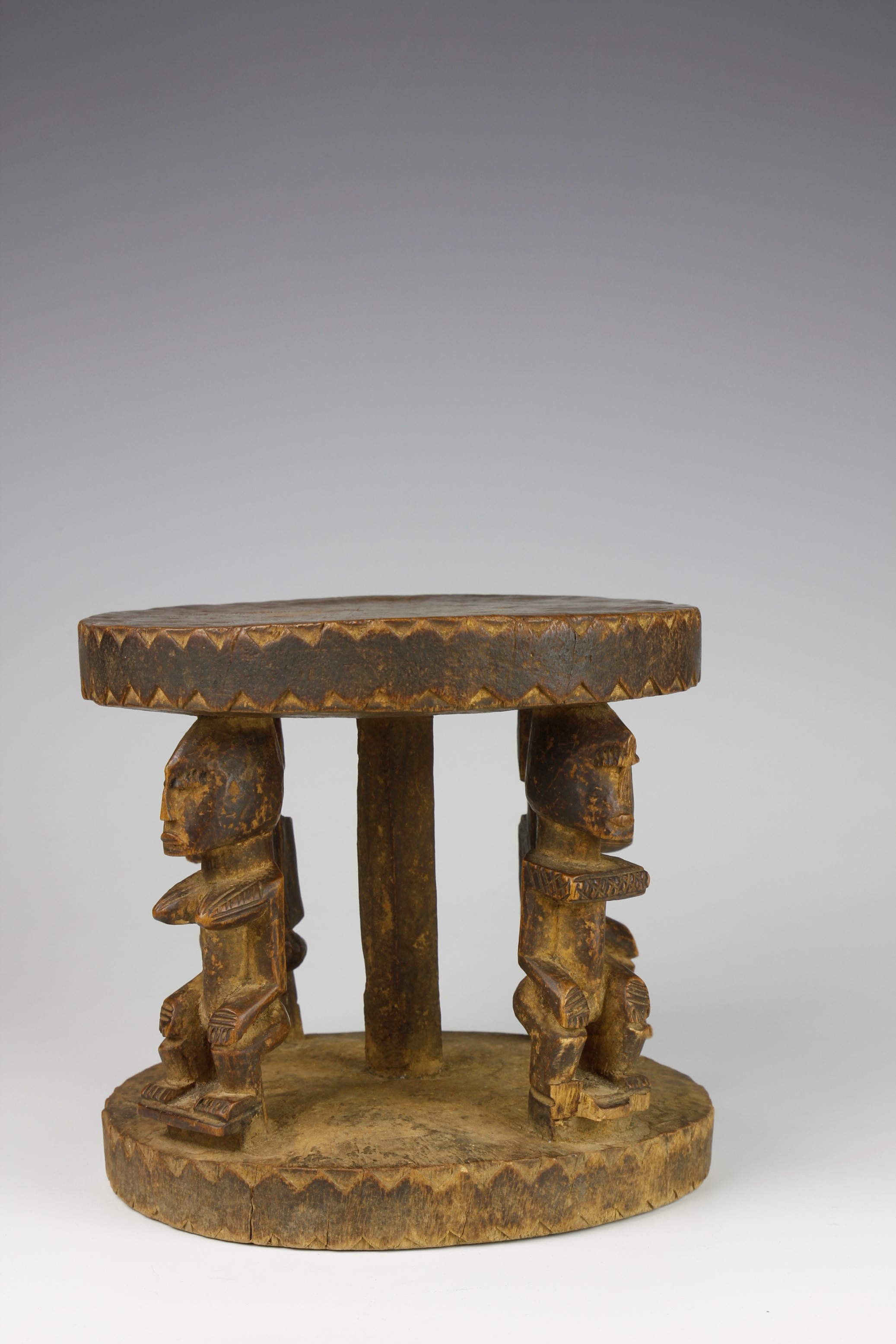 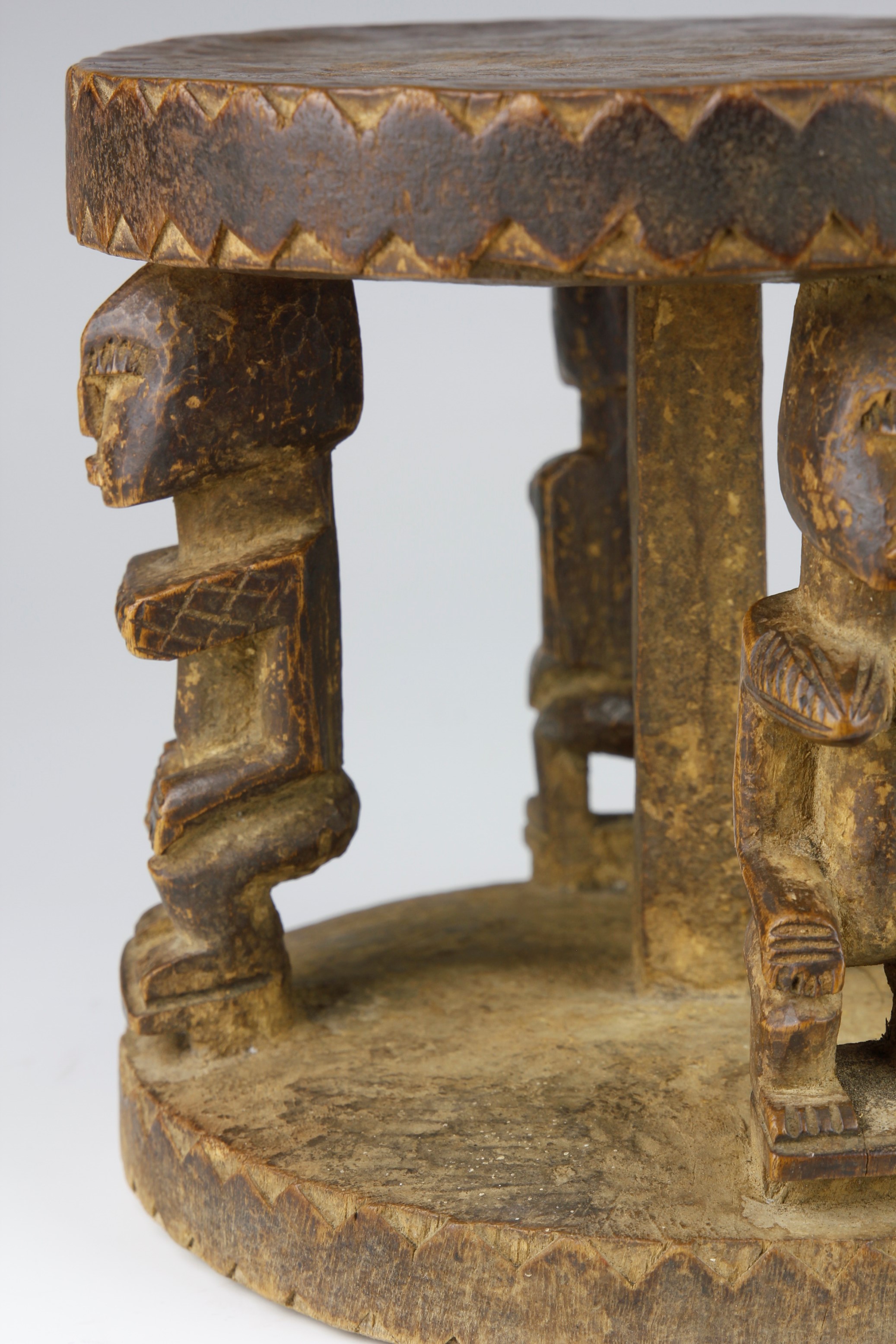 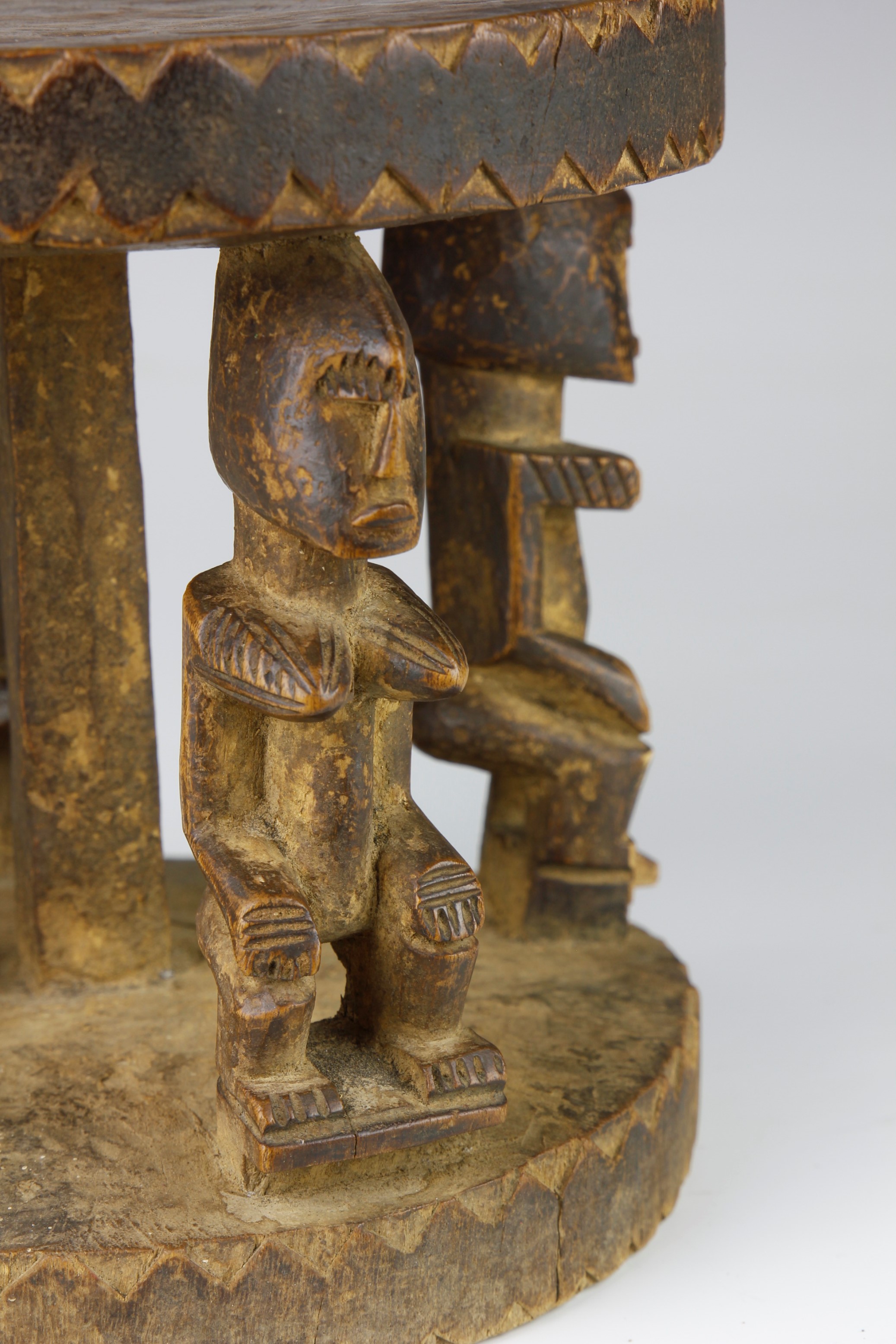 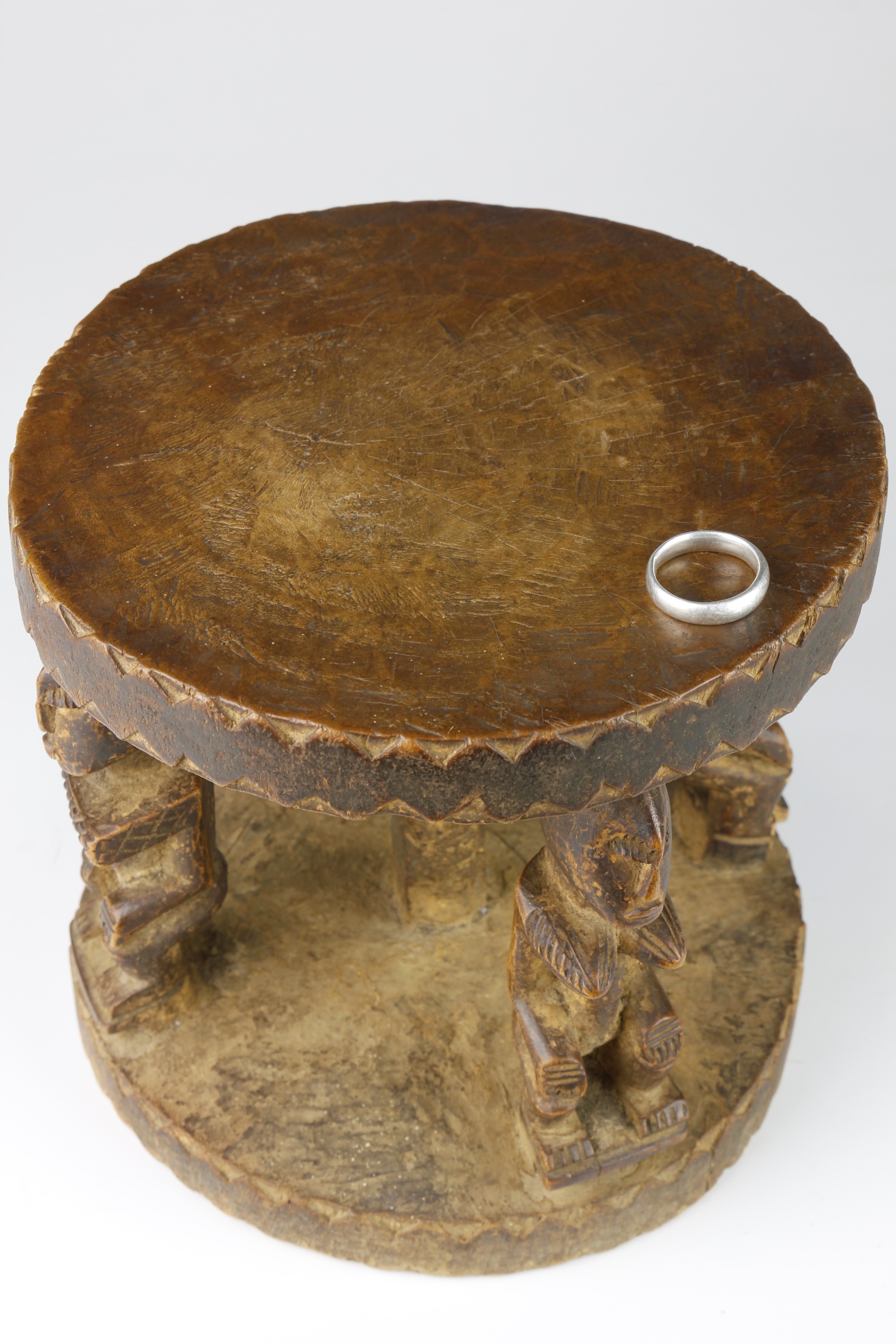 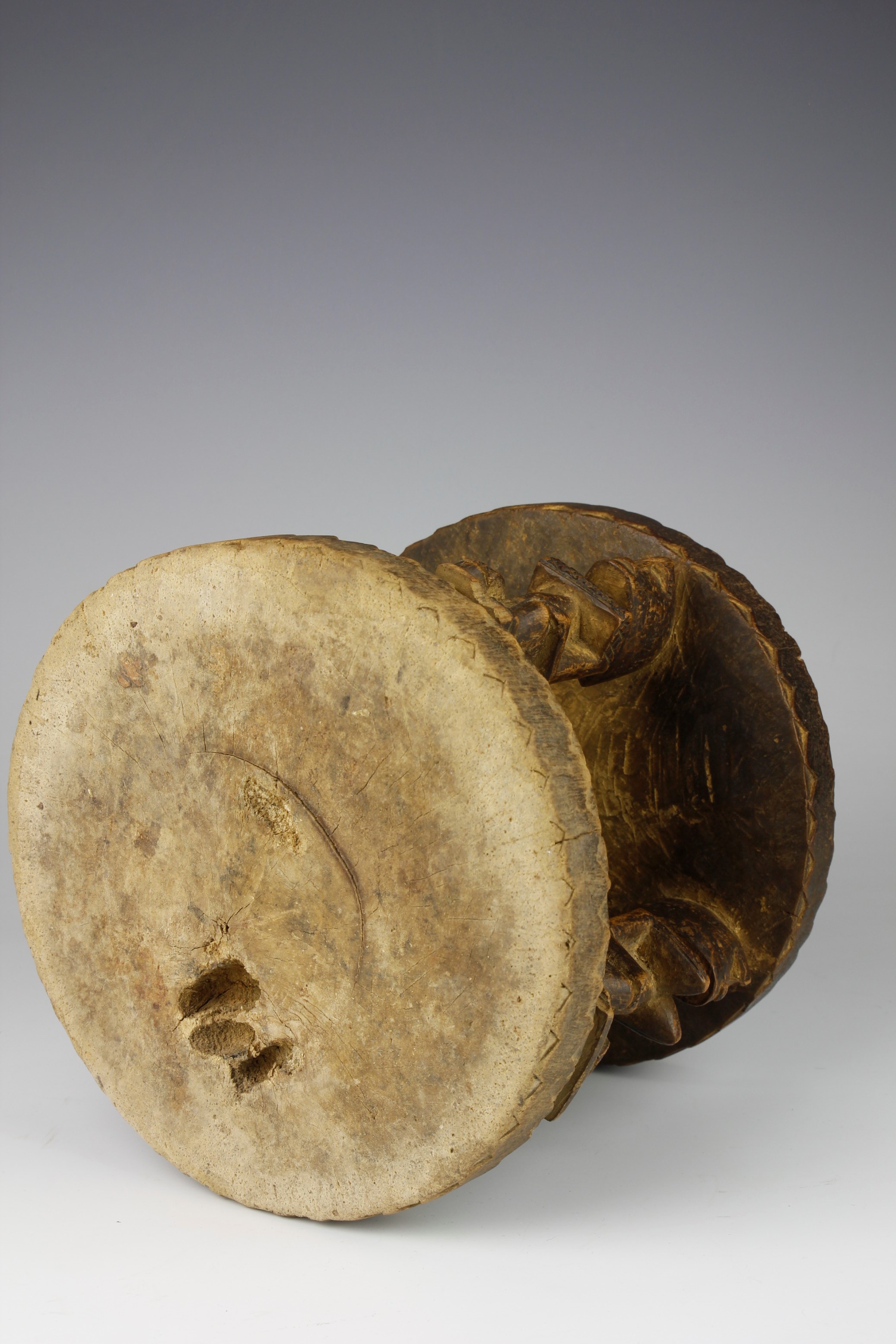 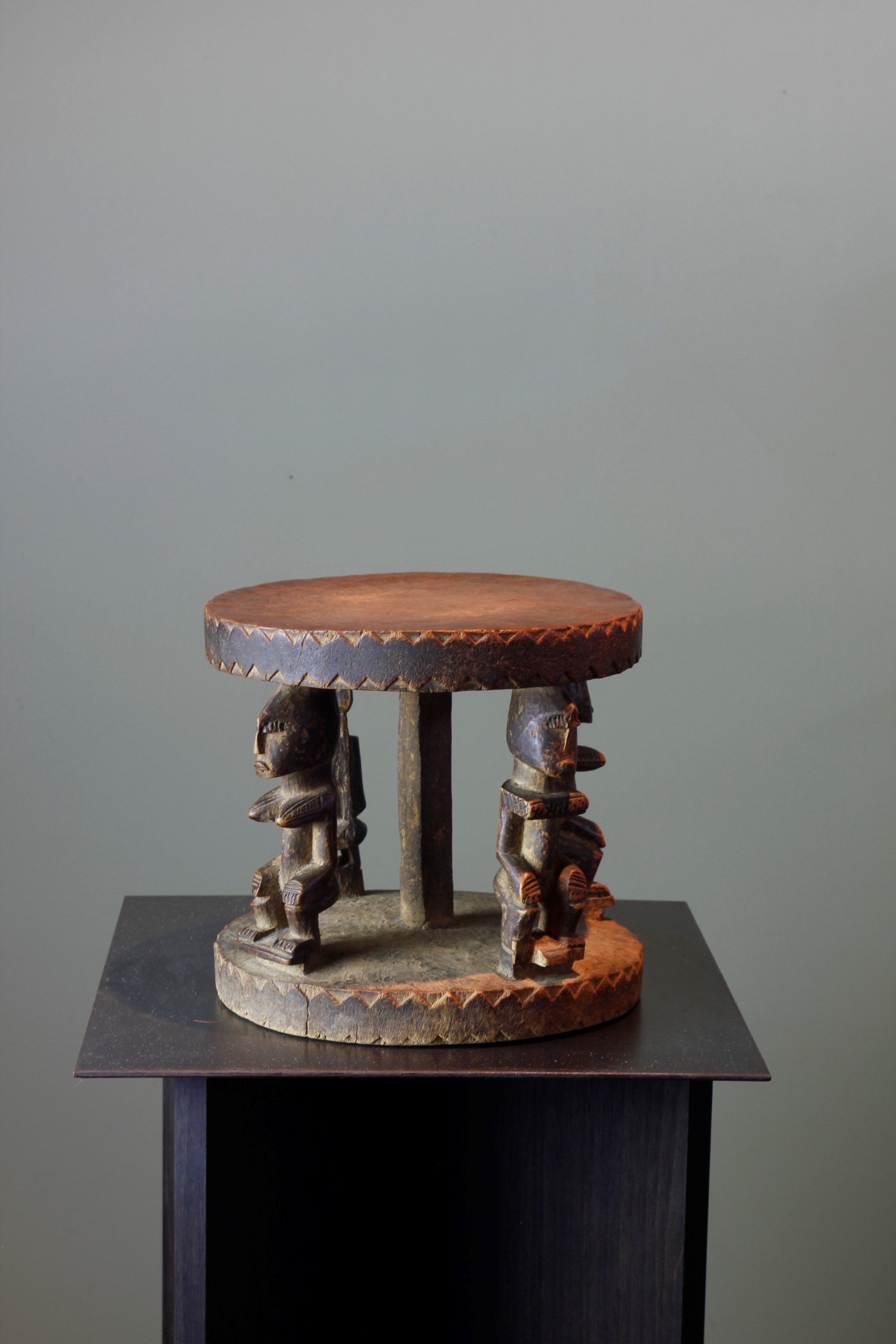 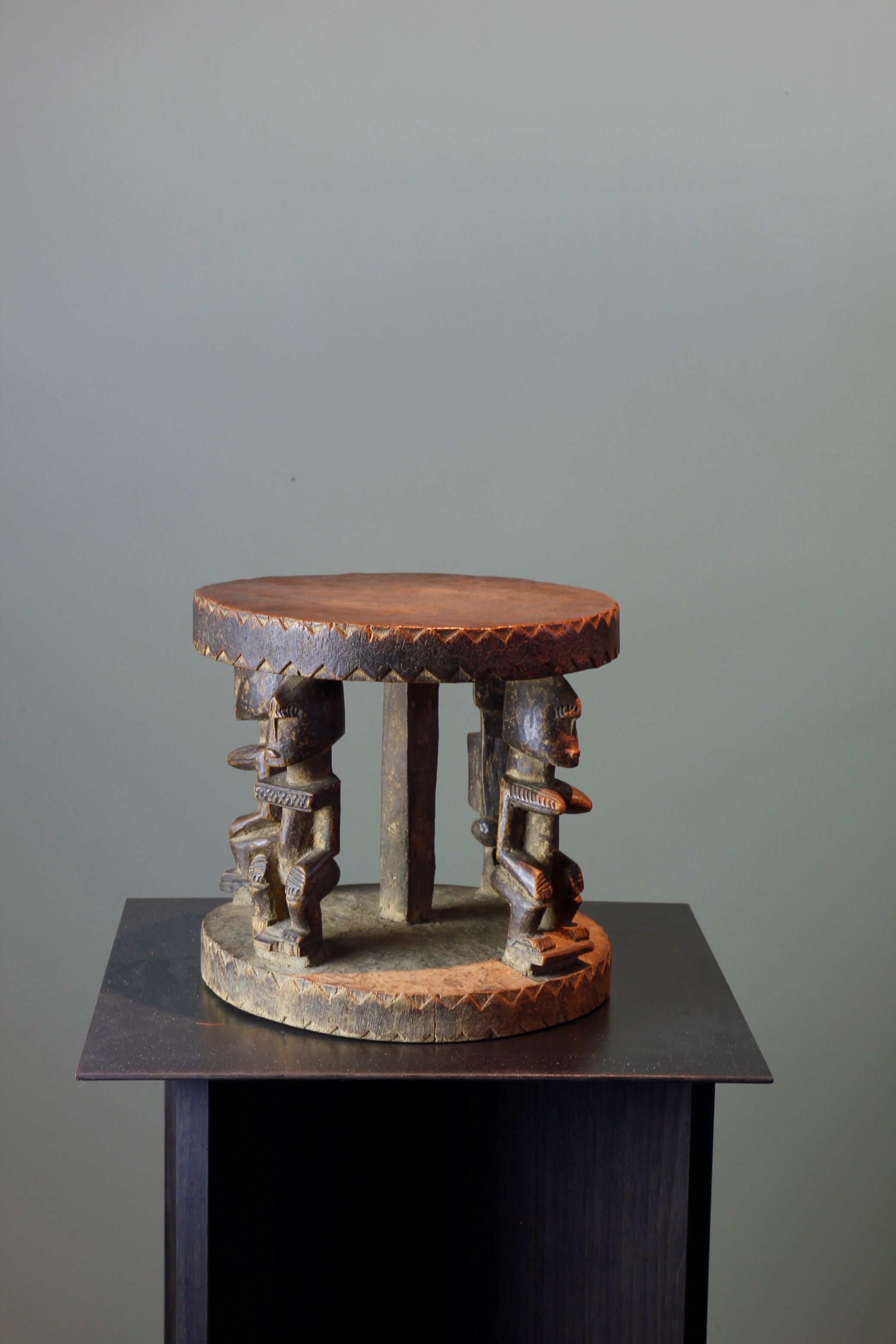 Carved with four figurative upright supports featuring two male and two female Dogon figures each with their arms resting on their bent knees.

Shiny surface patina on the seat with a decorative zig zag band running around its edge. Same applies to the edge of the base of the stool. 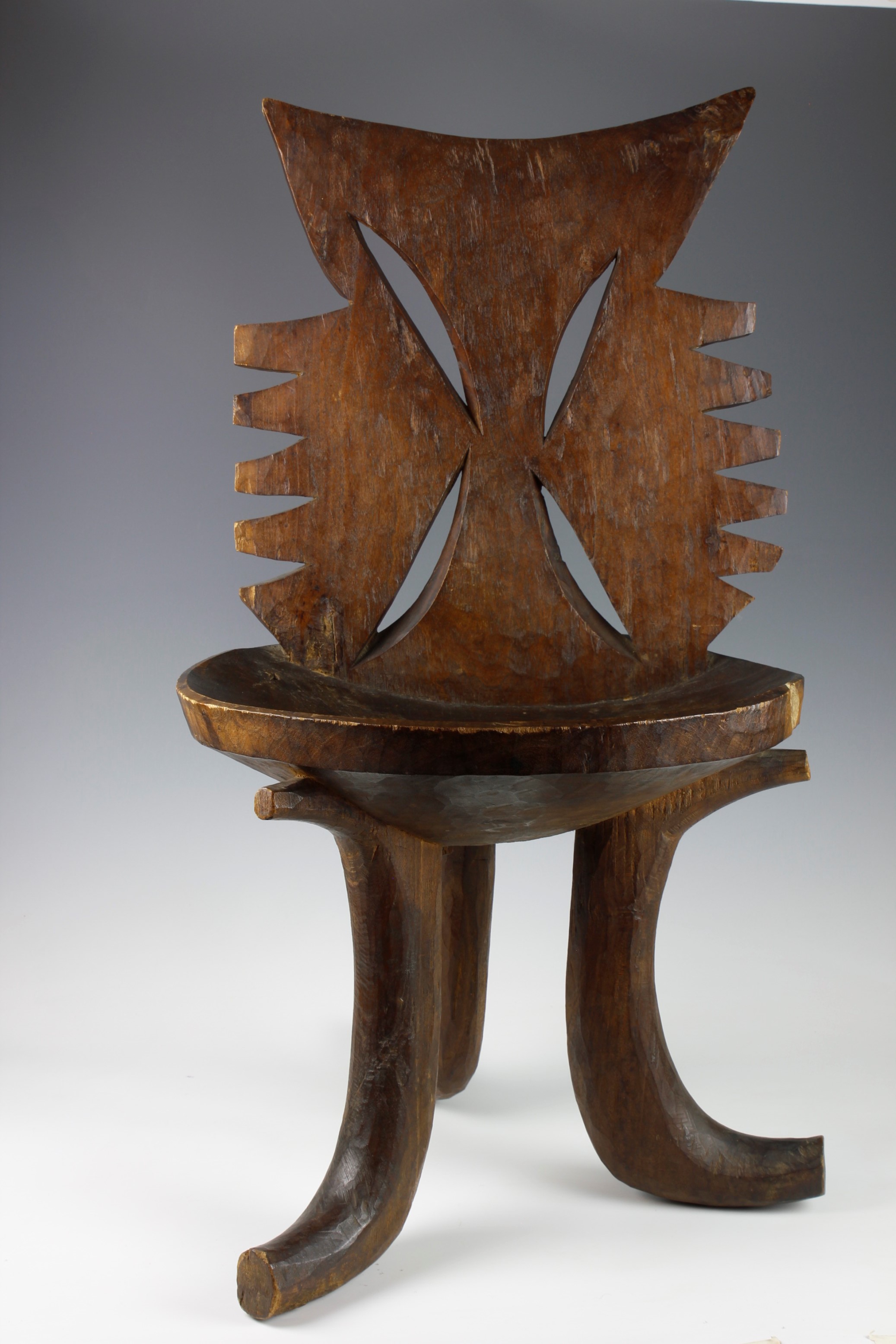 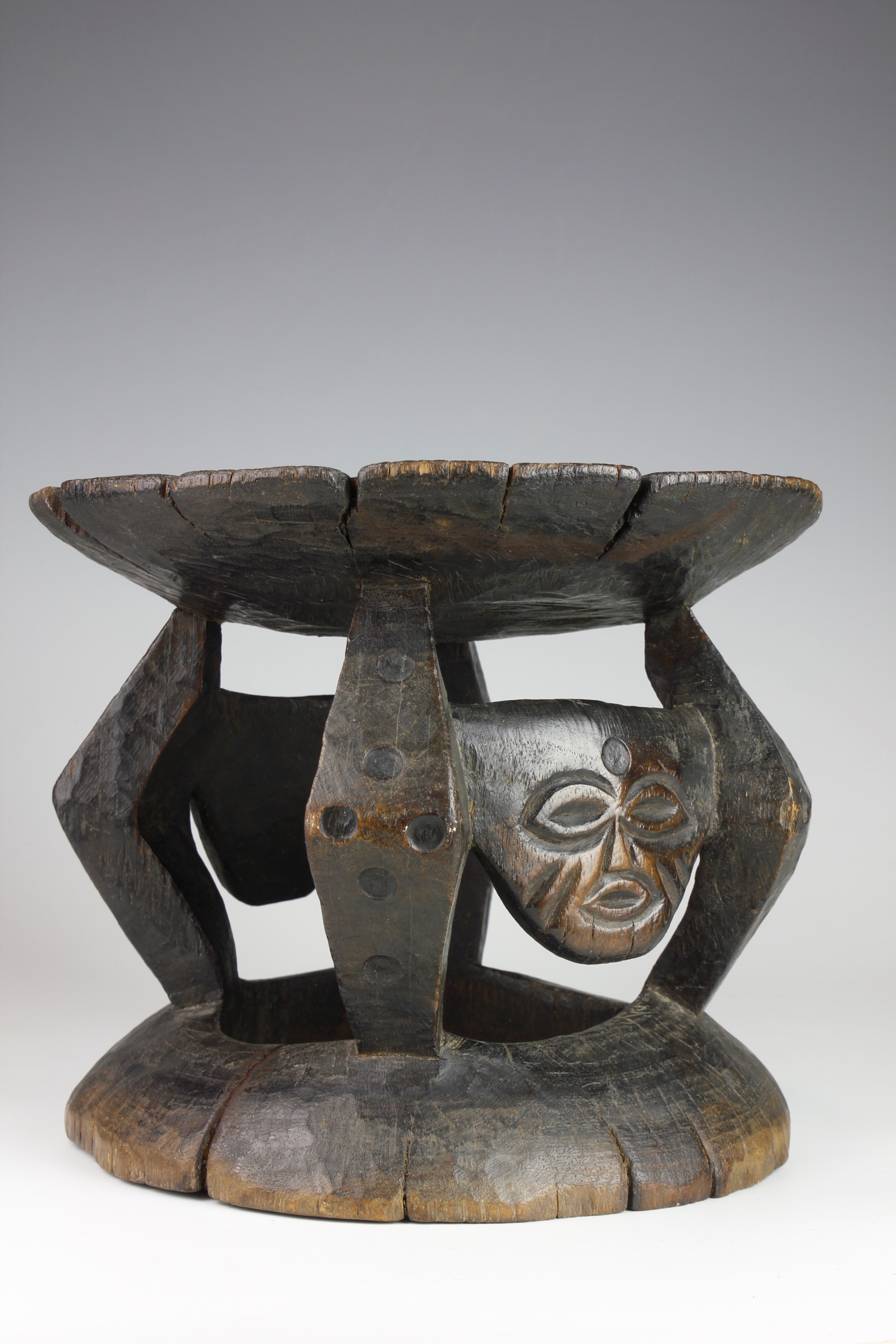 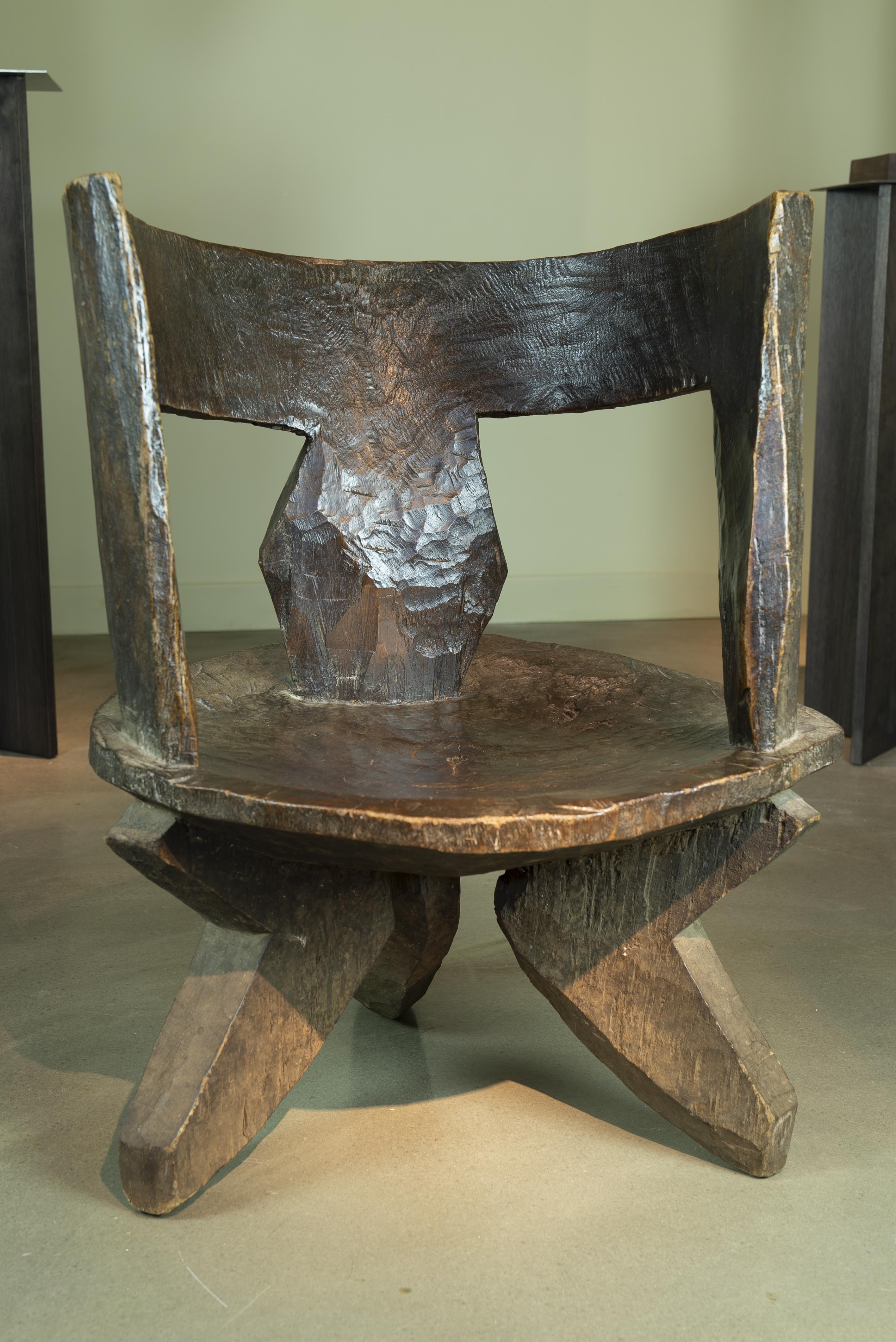 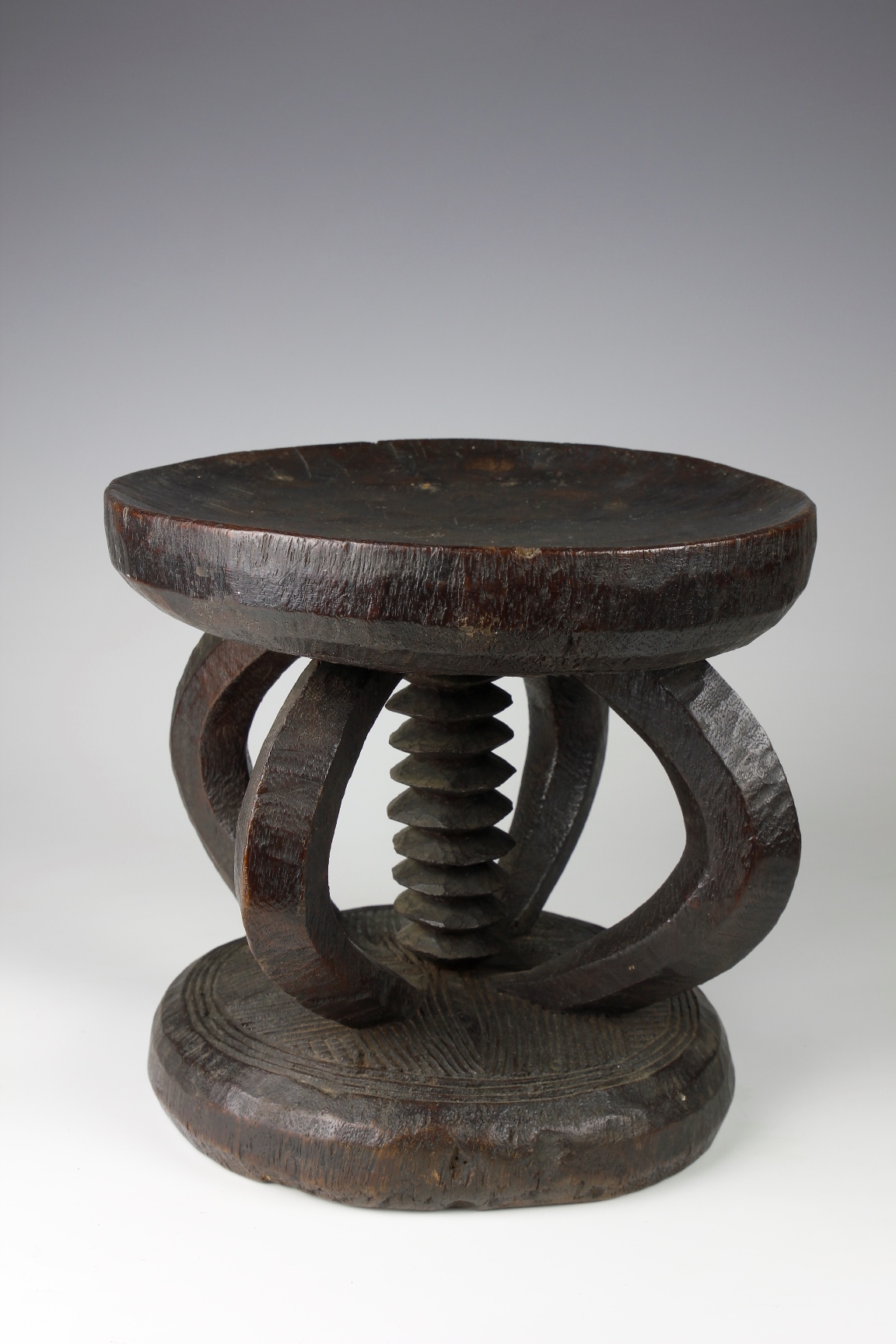