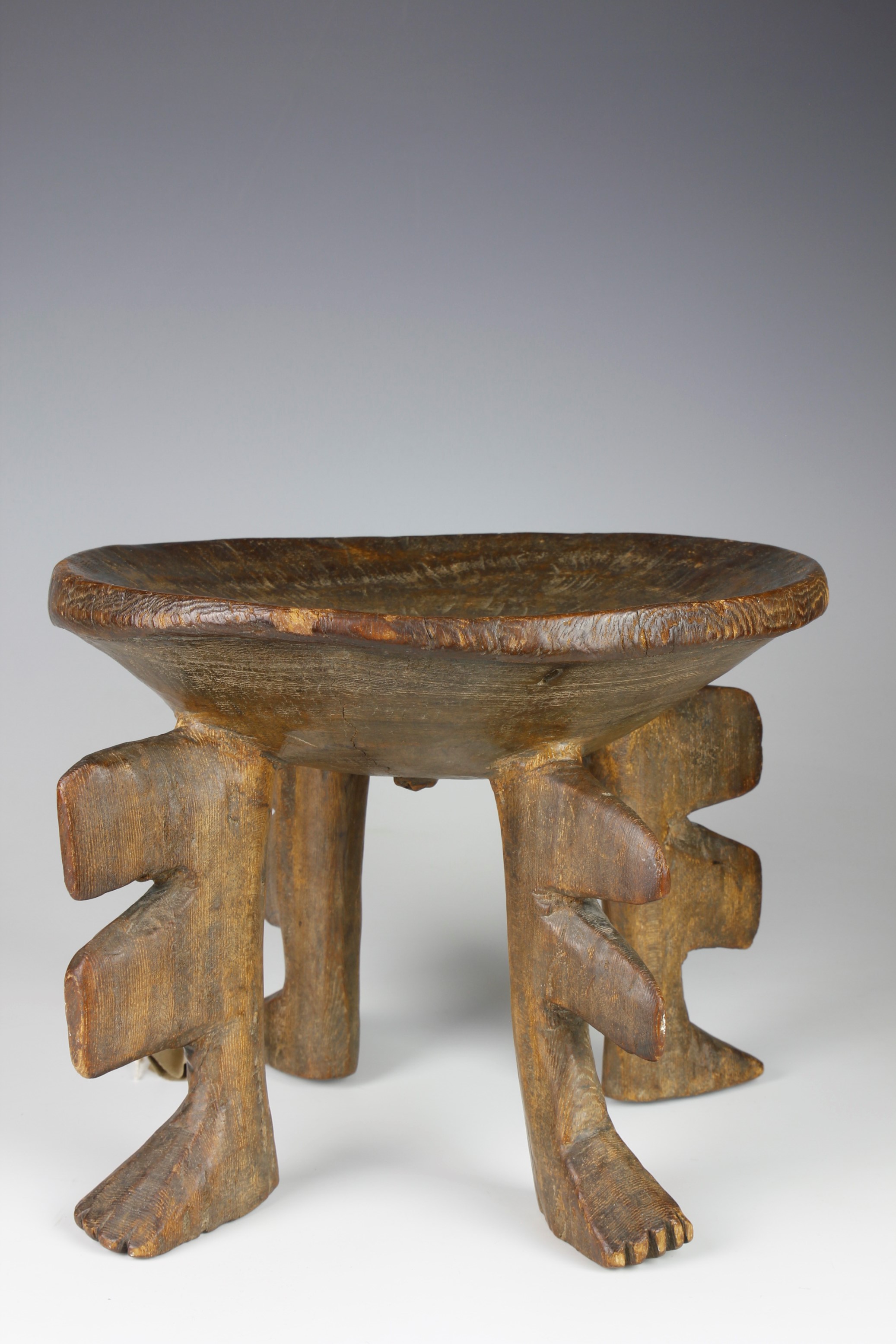 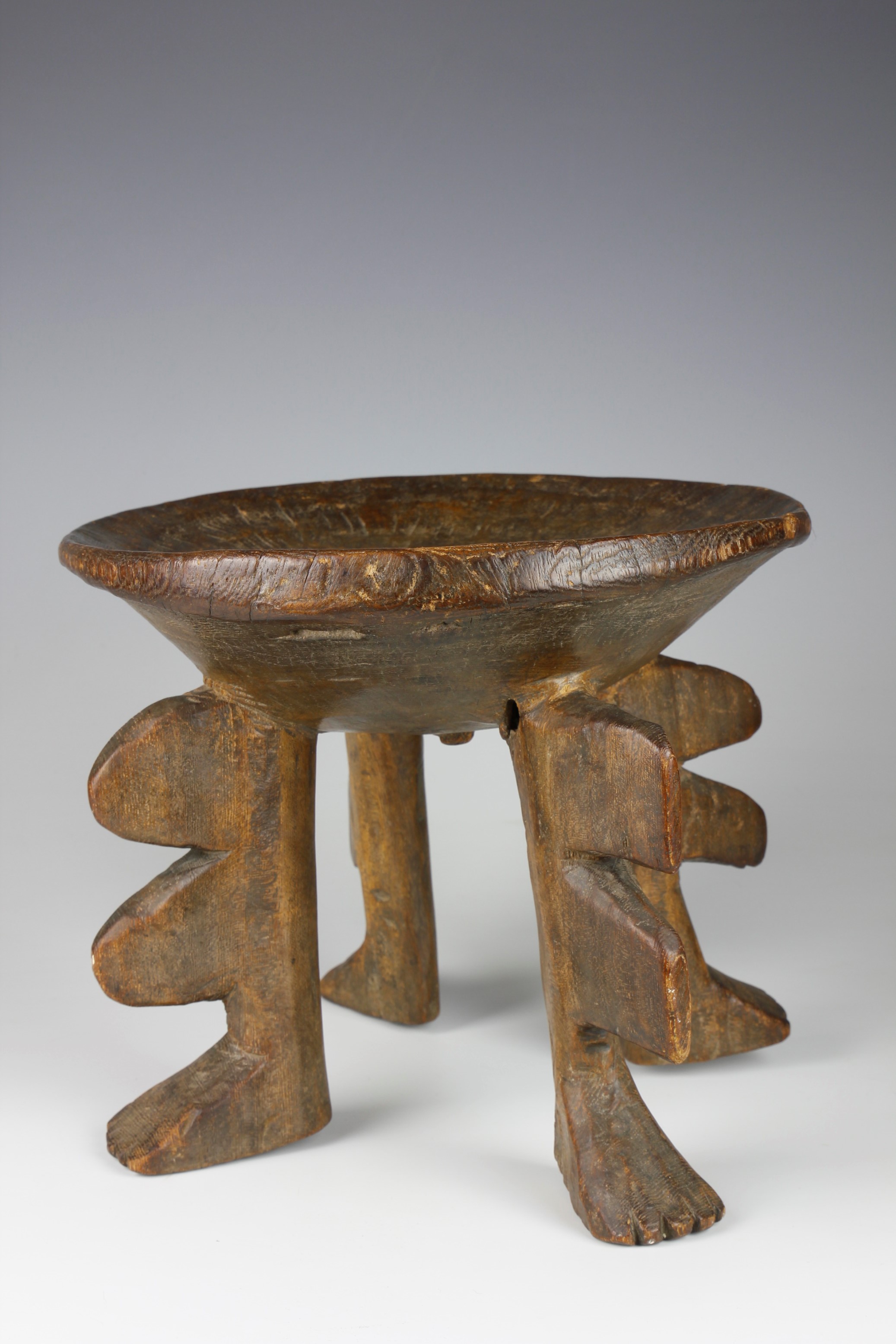 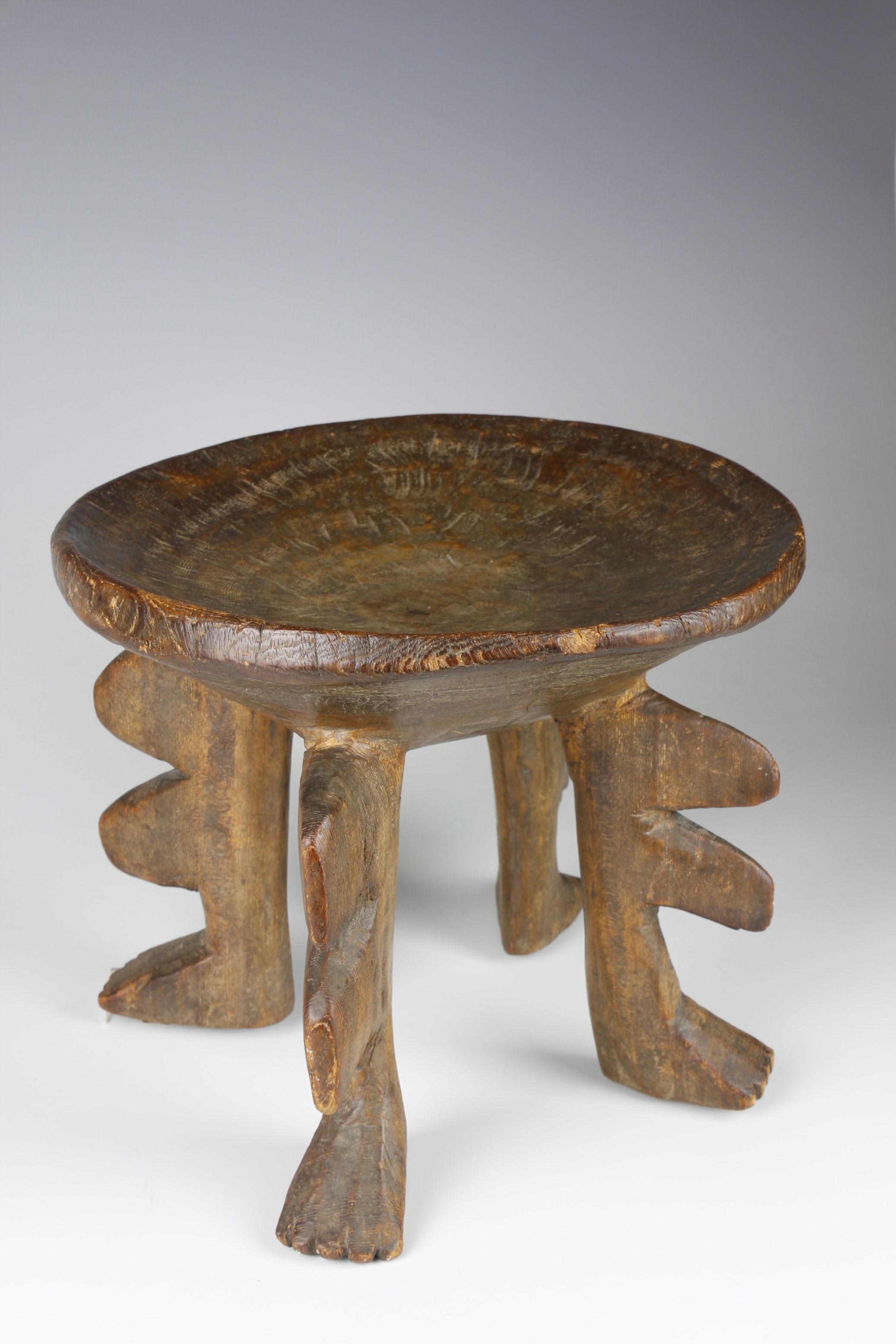 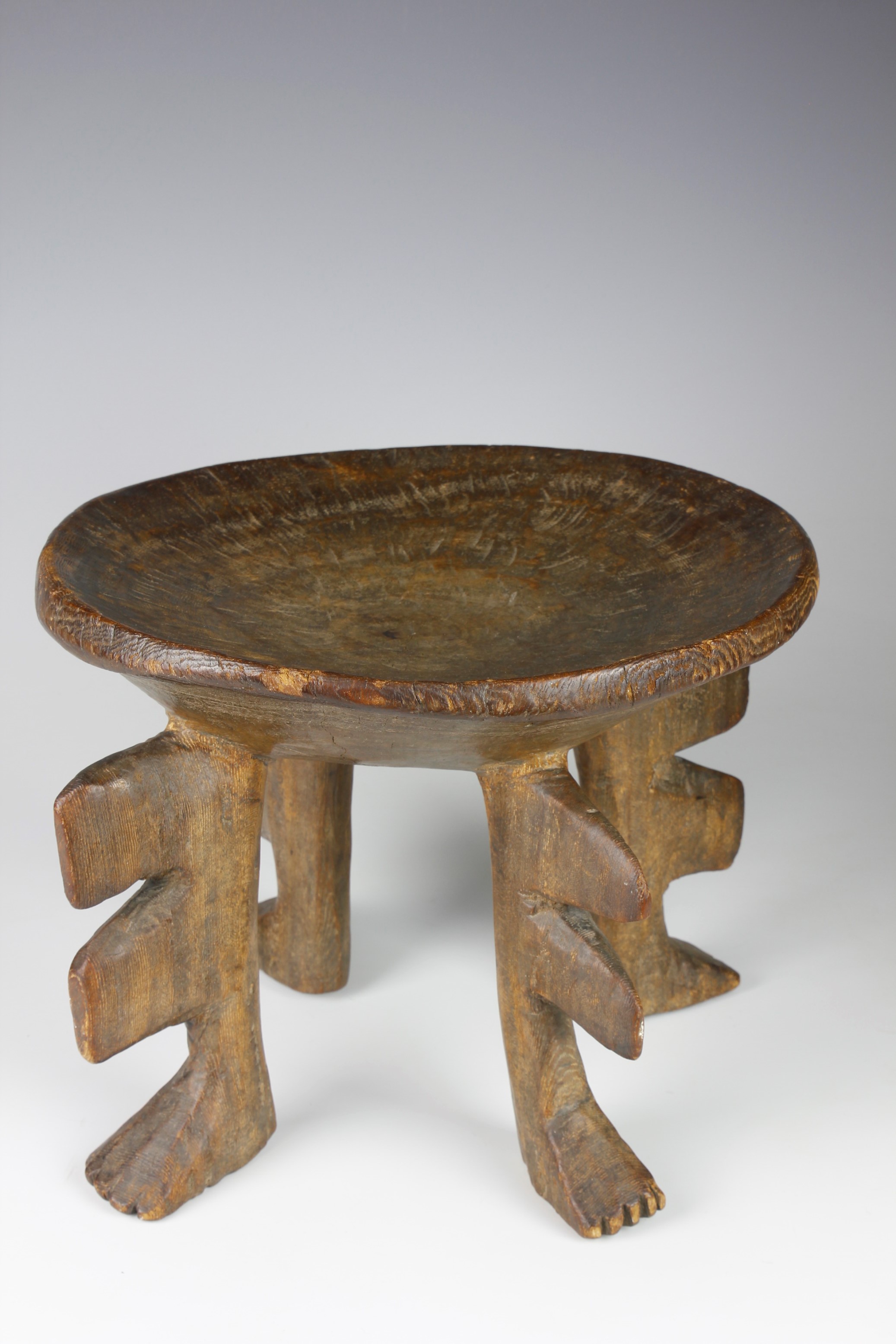 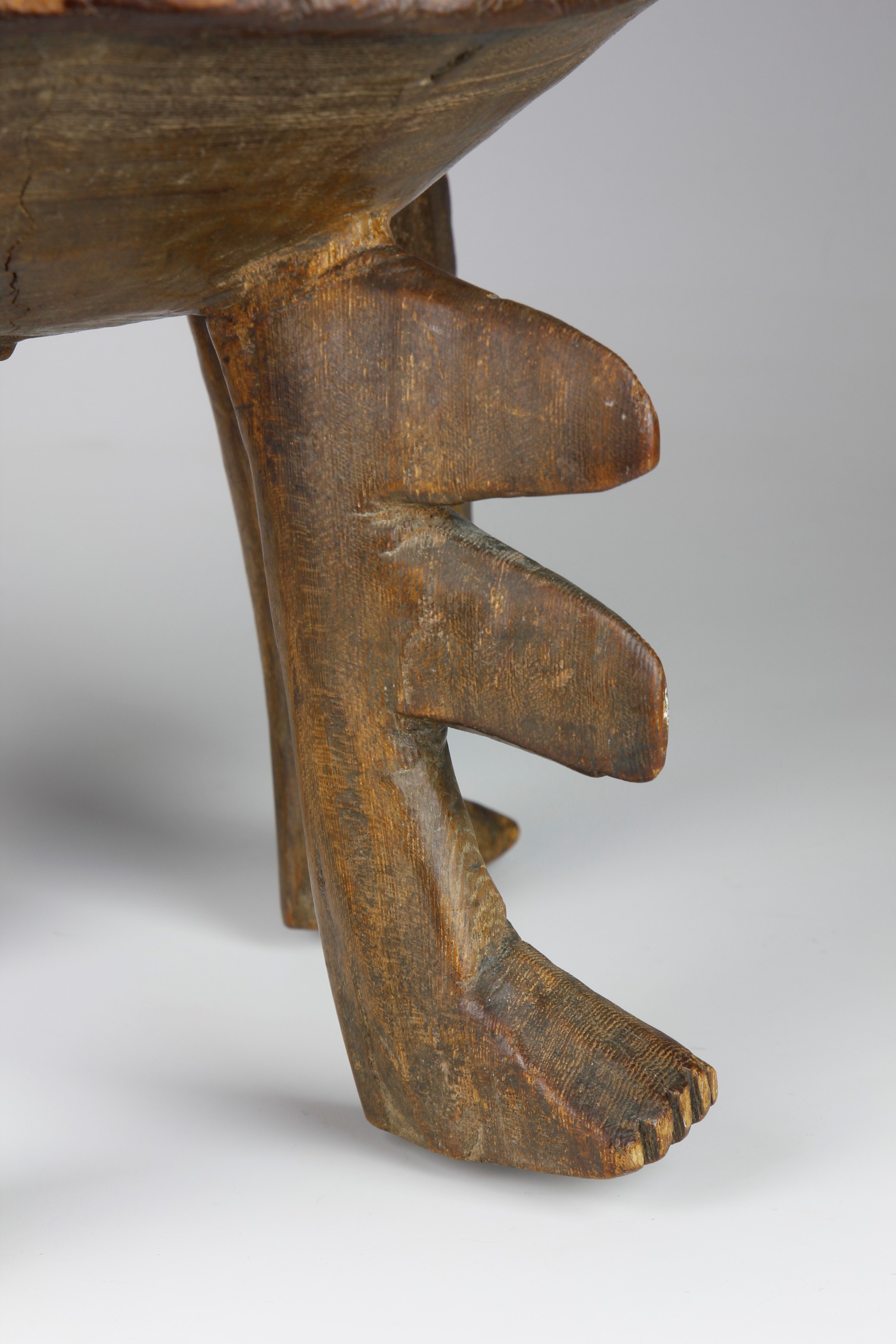 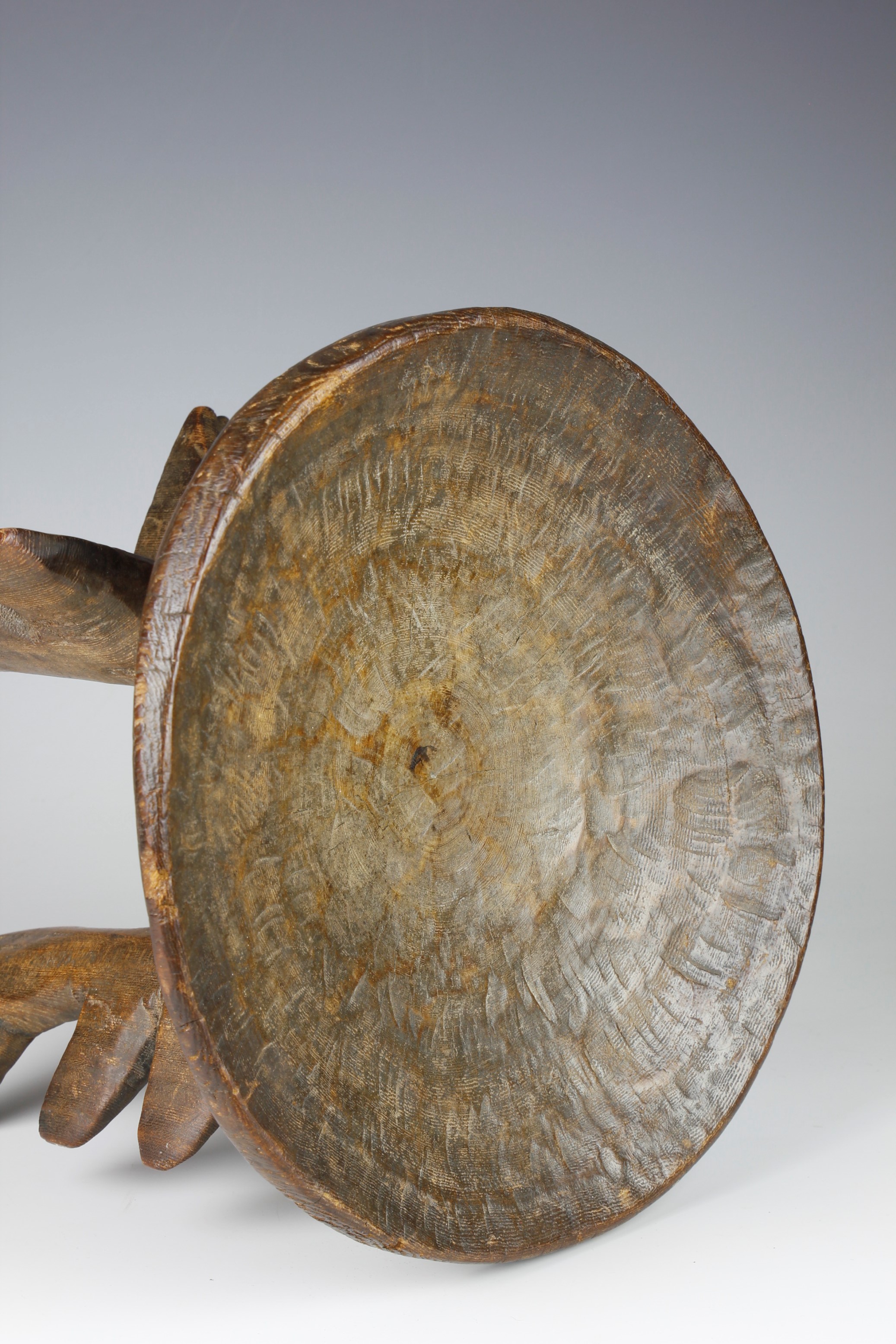 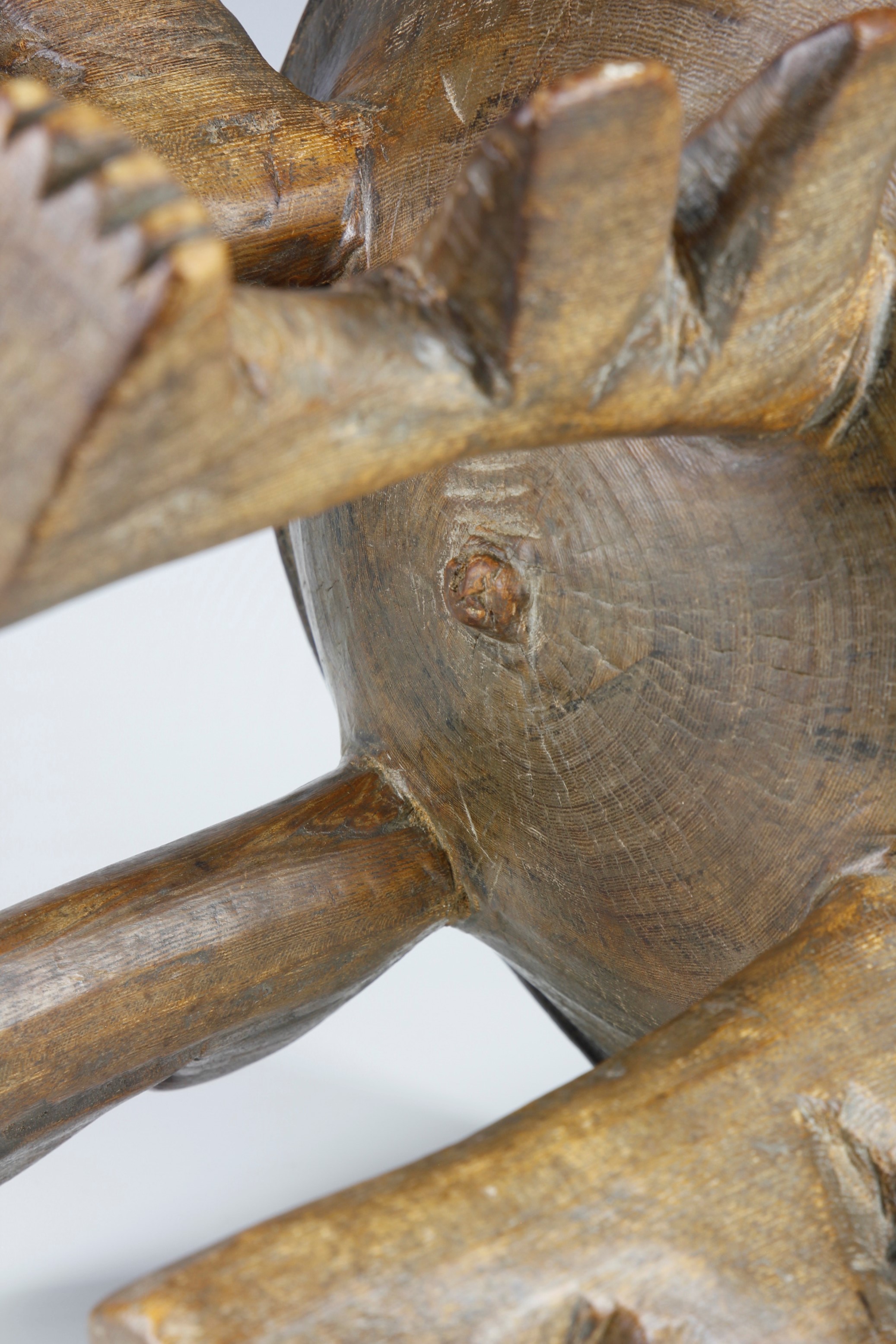 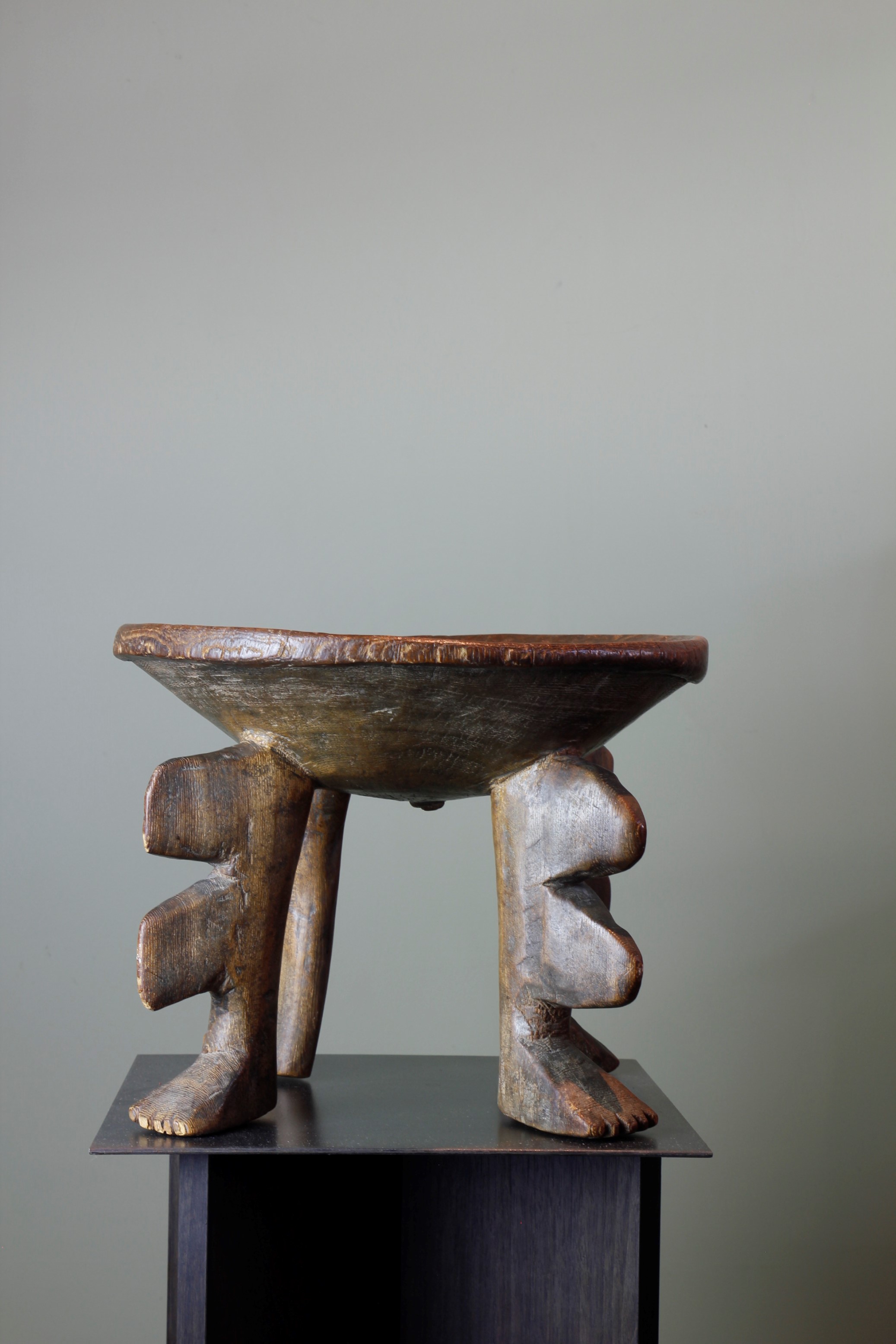 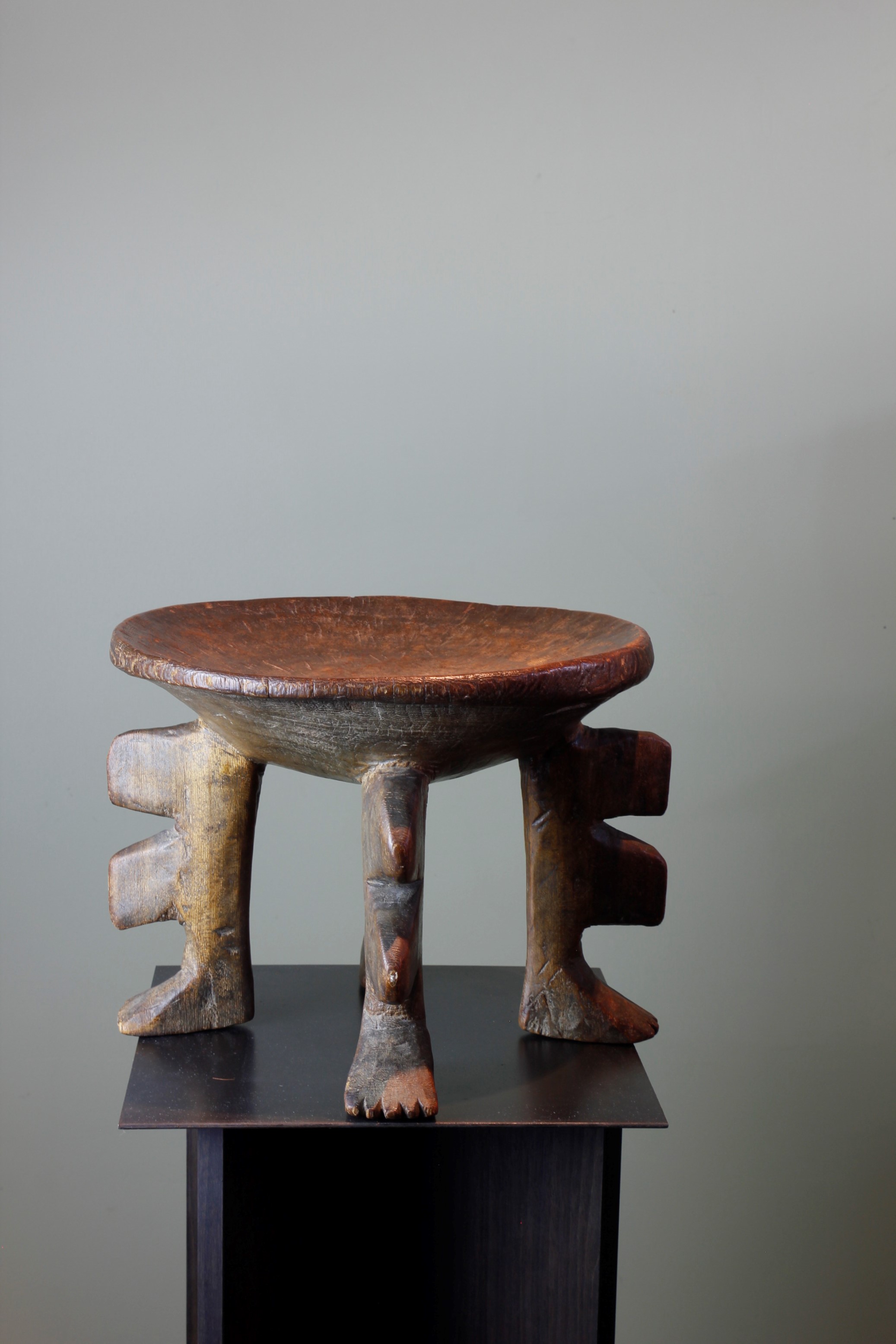 ‍The unusual feature of this stool is the form of its four supporting legs. Each leg has been carved with an animal 'foot' with a pair of oddly shaped protrusions.

At the center of the underside of the stool is a small fertility-shaped 'nipple', this is a feature often found in East African prestige stools.

The stool has a lovely worn patina. 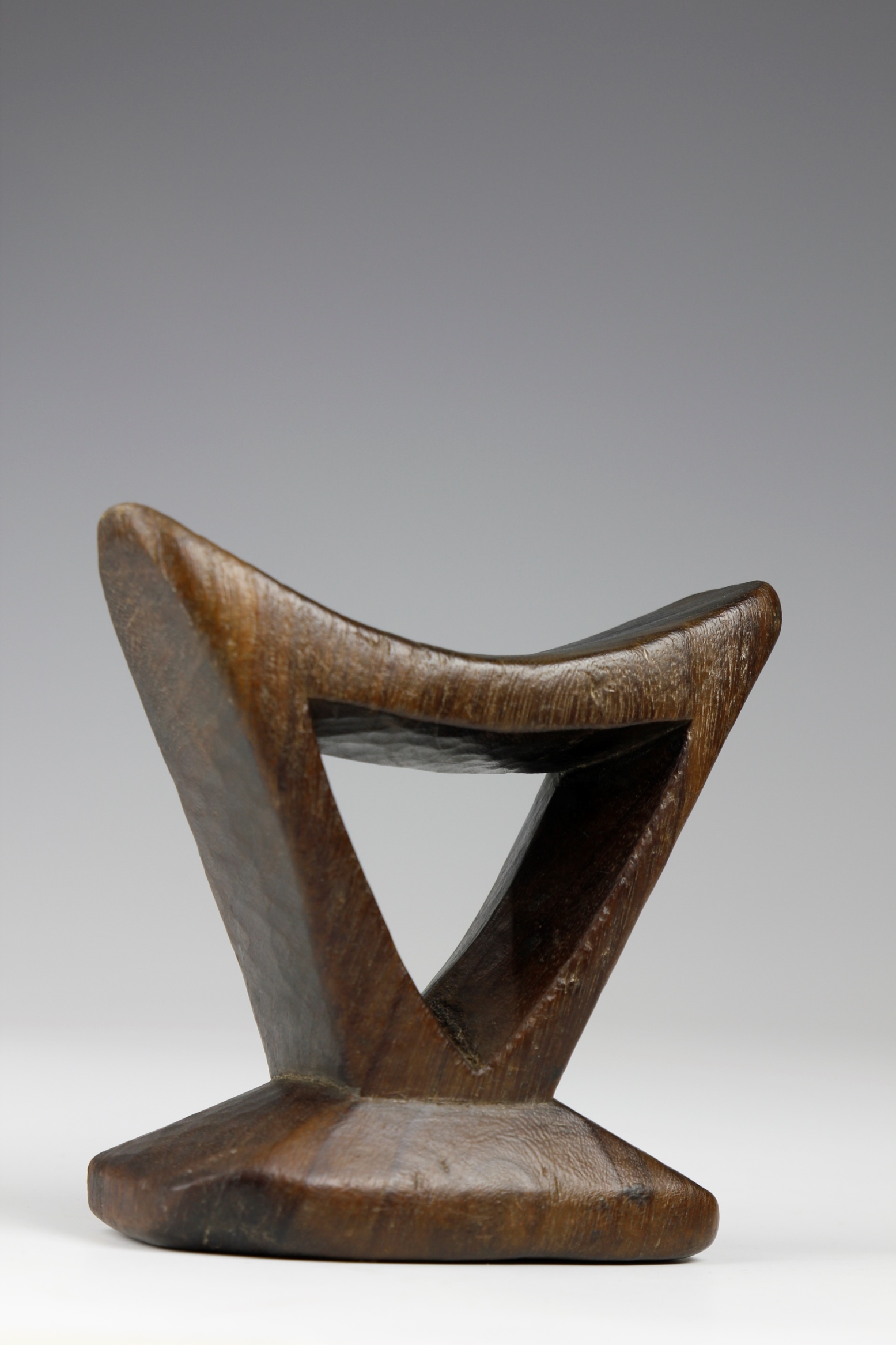 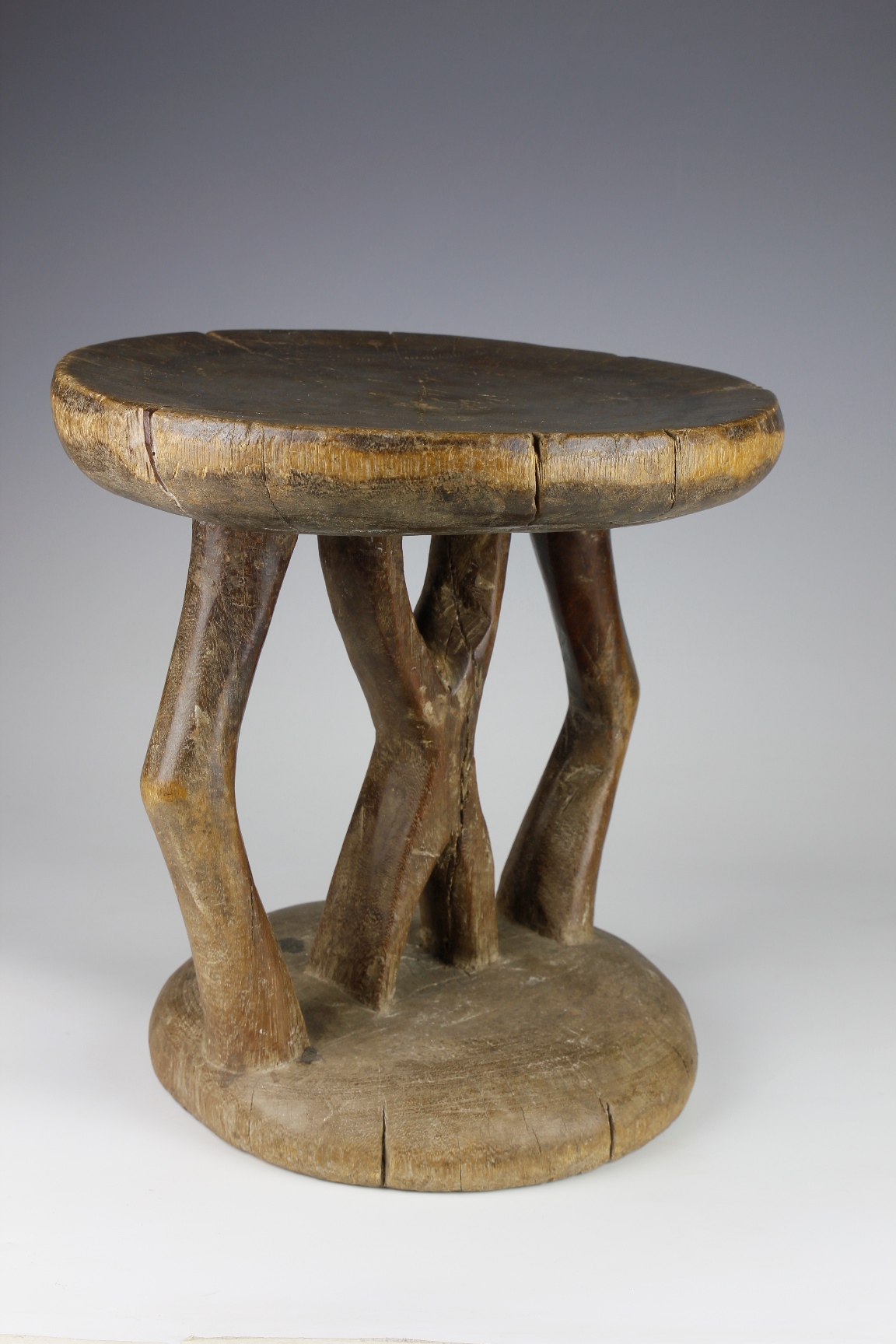 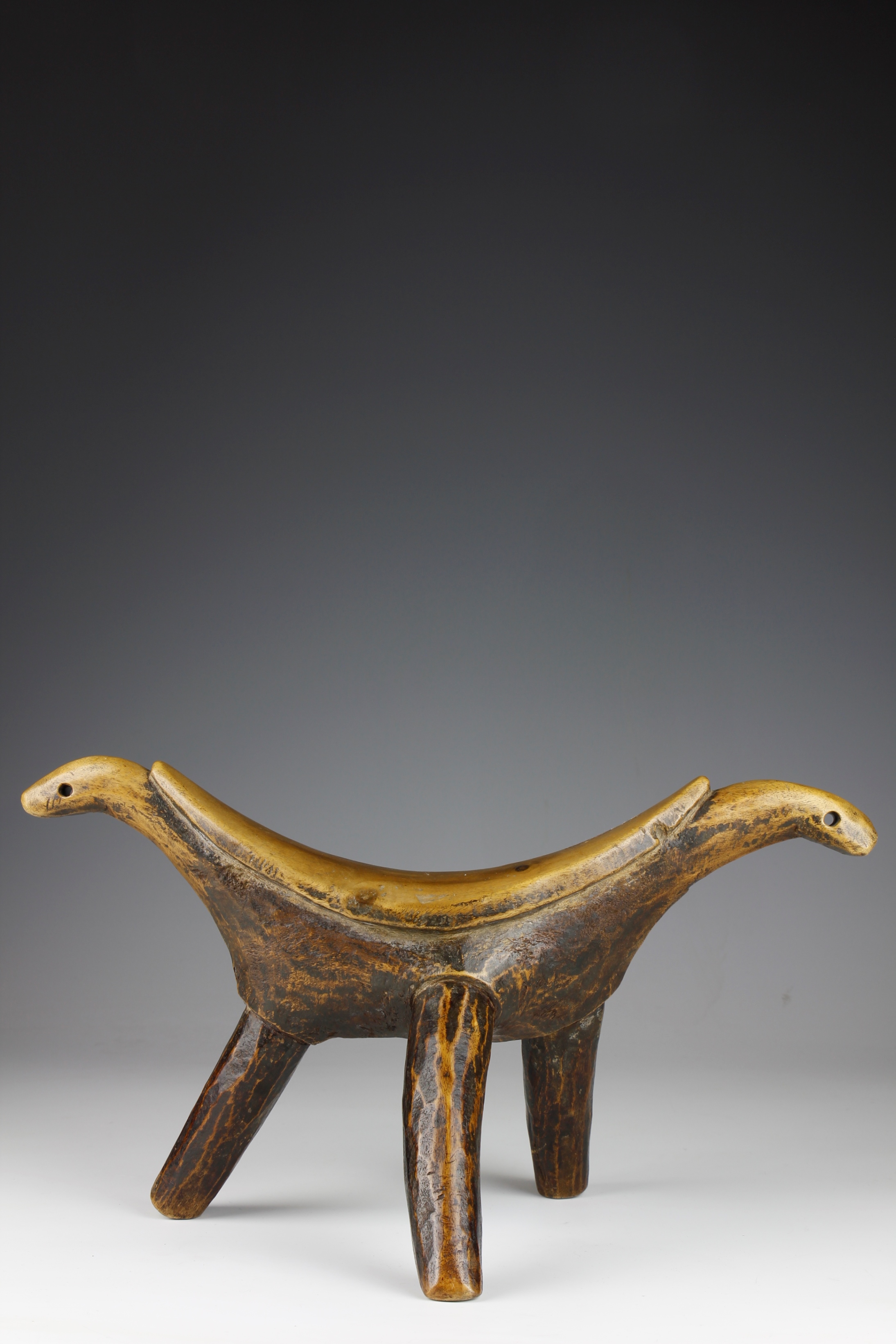 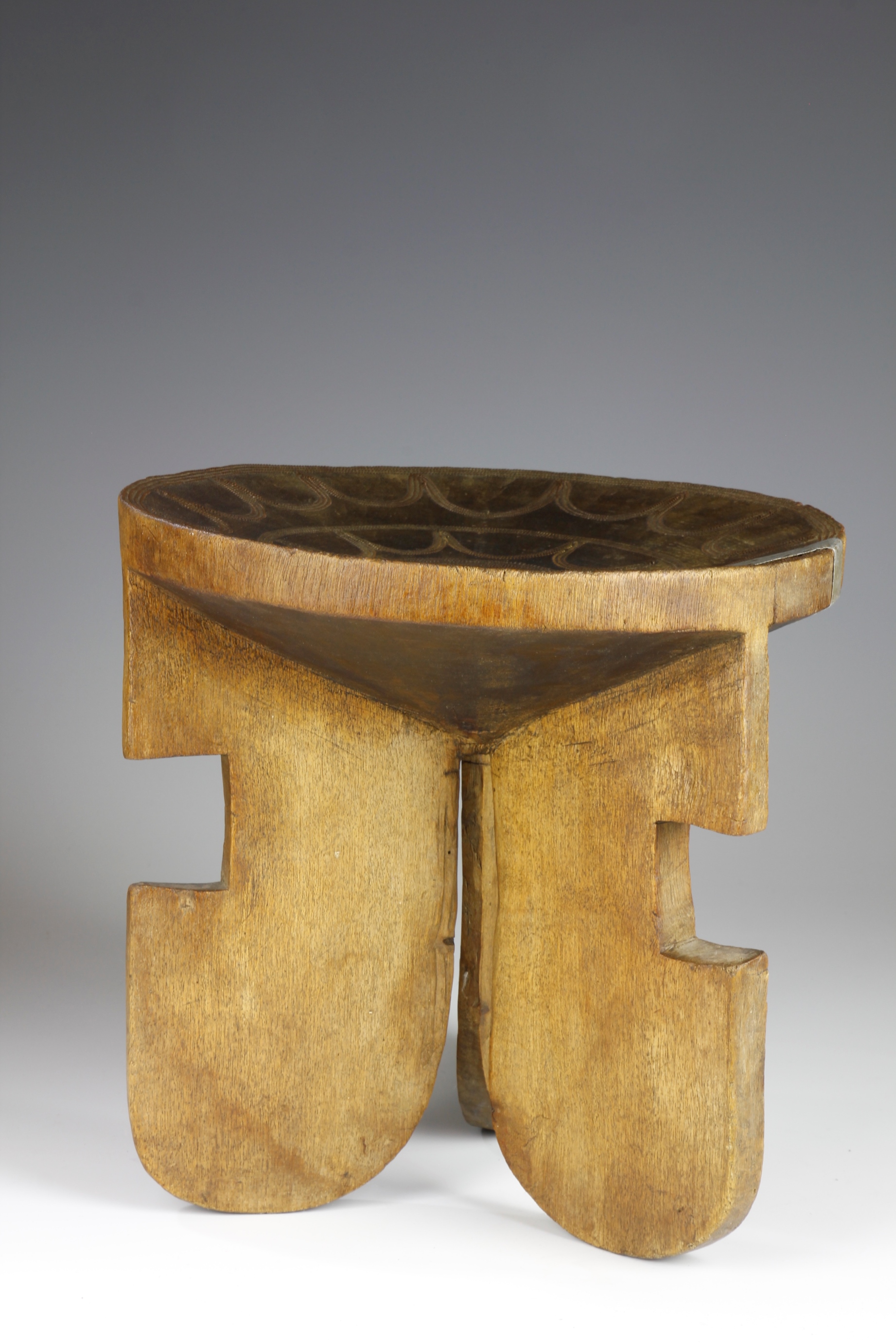