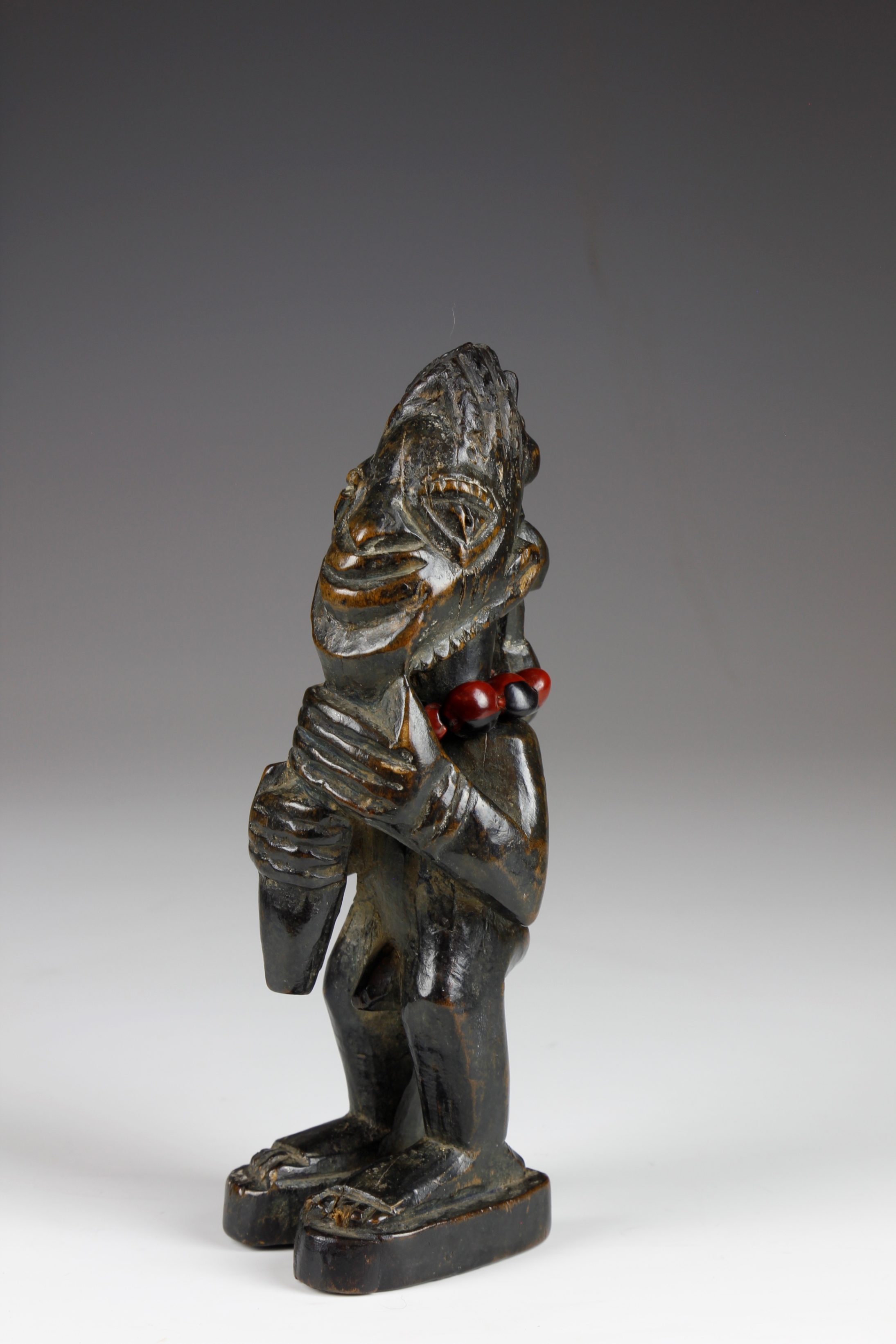 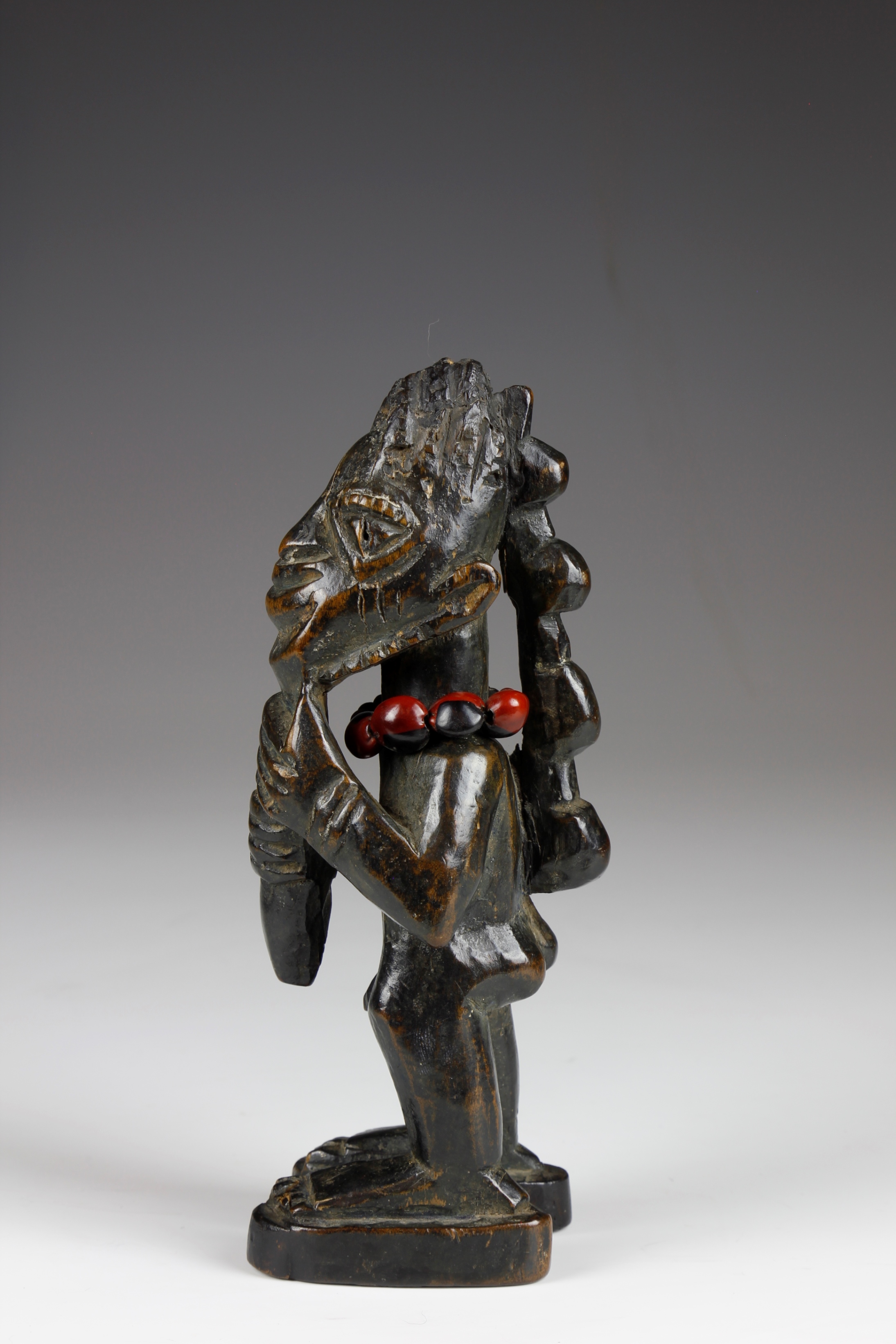 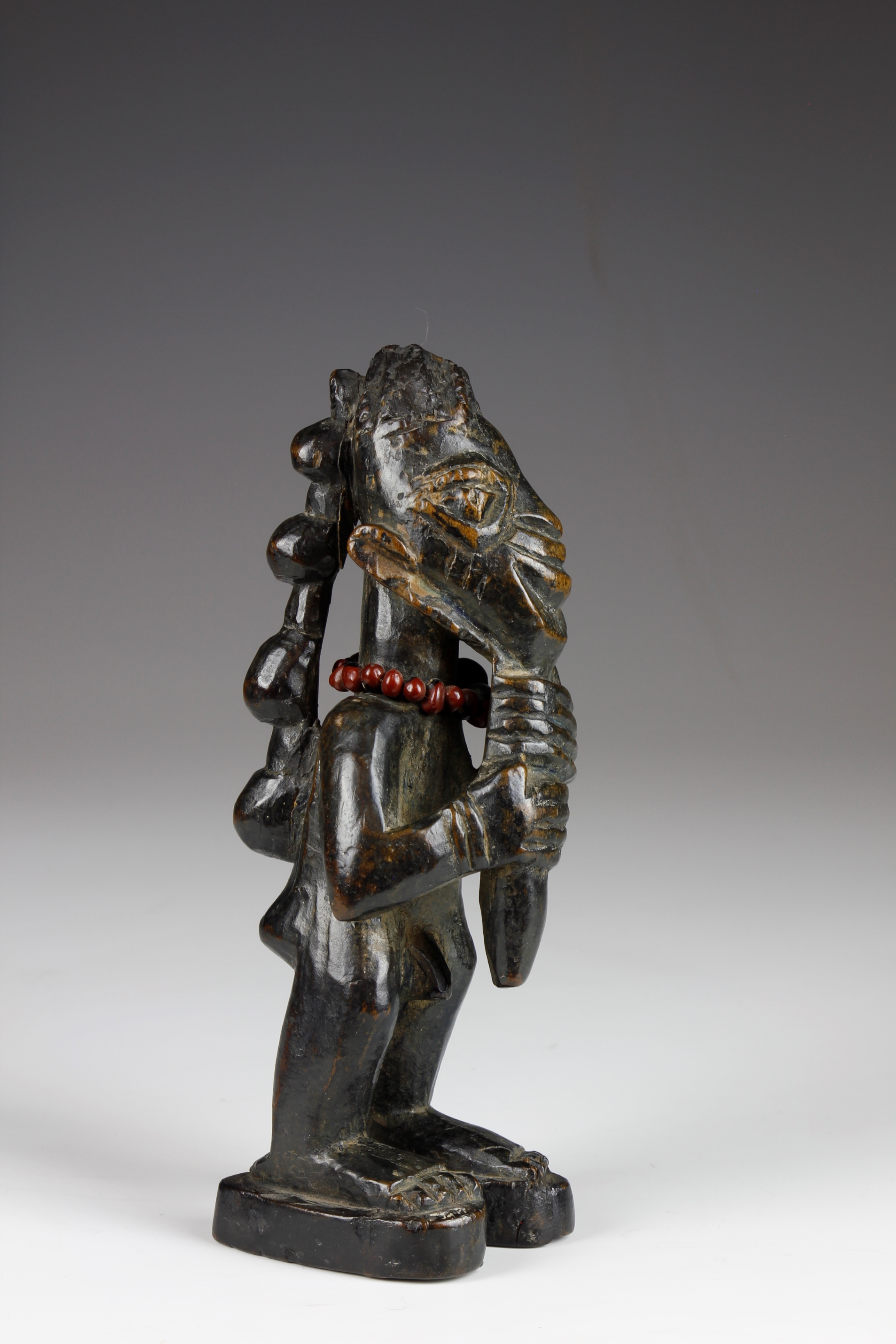 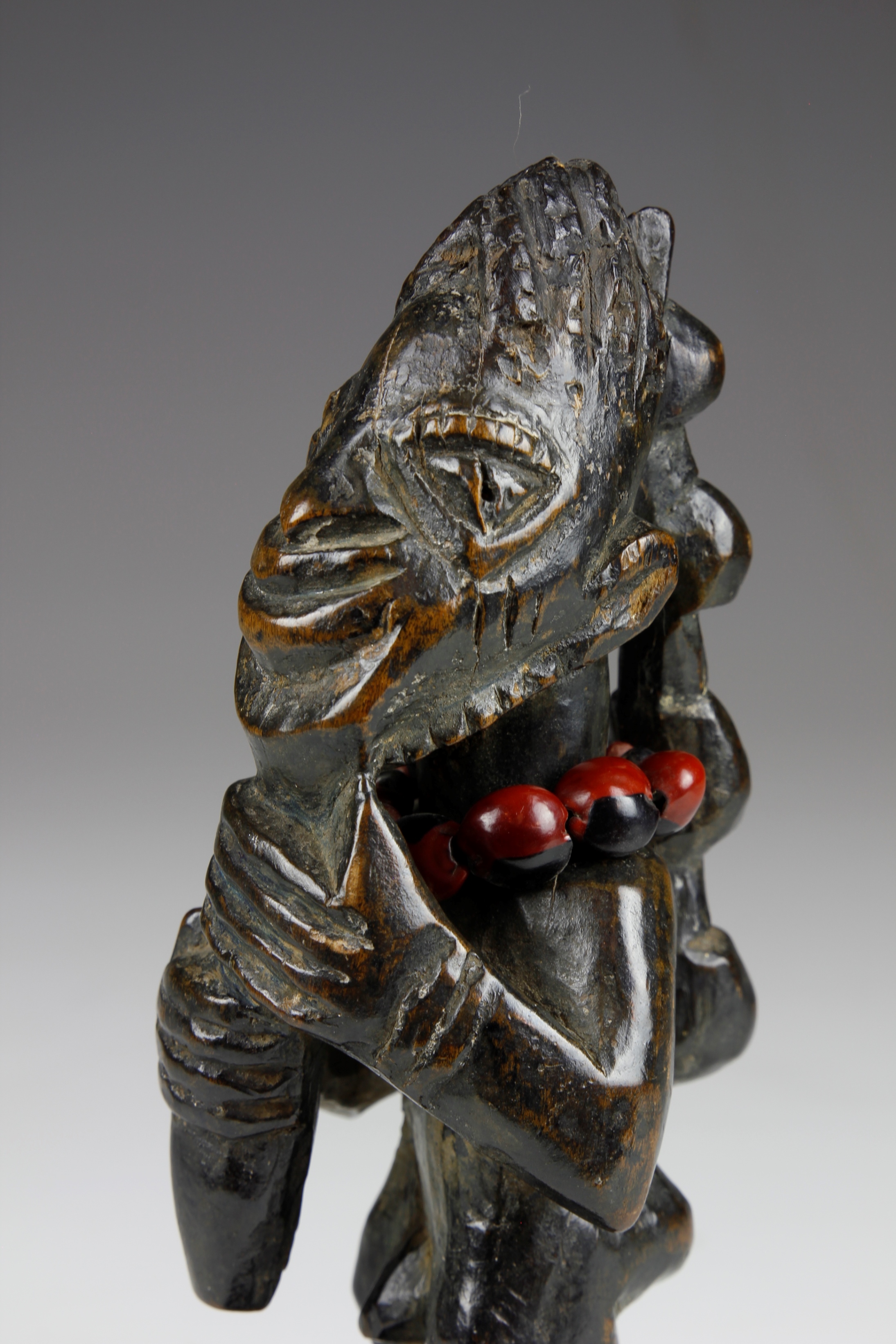 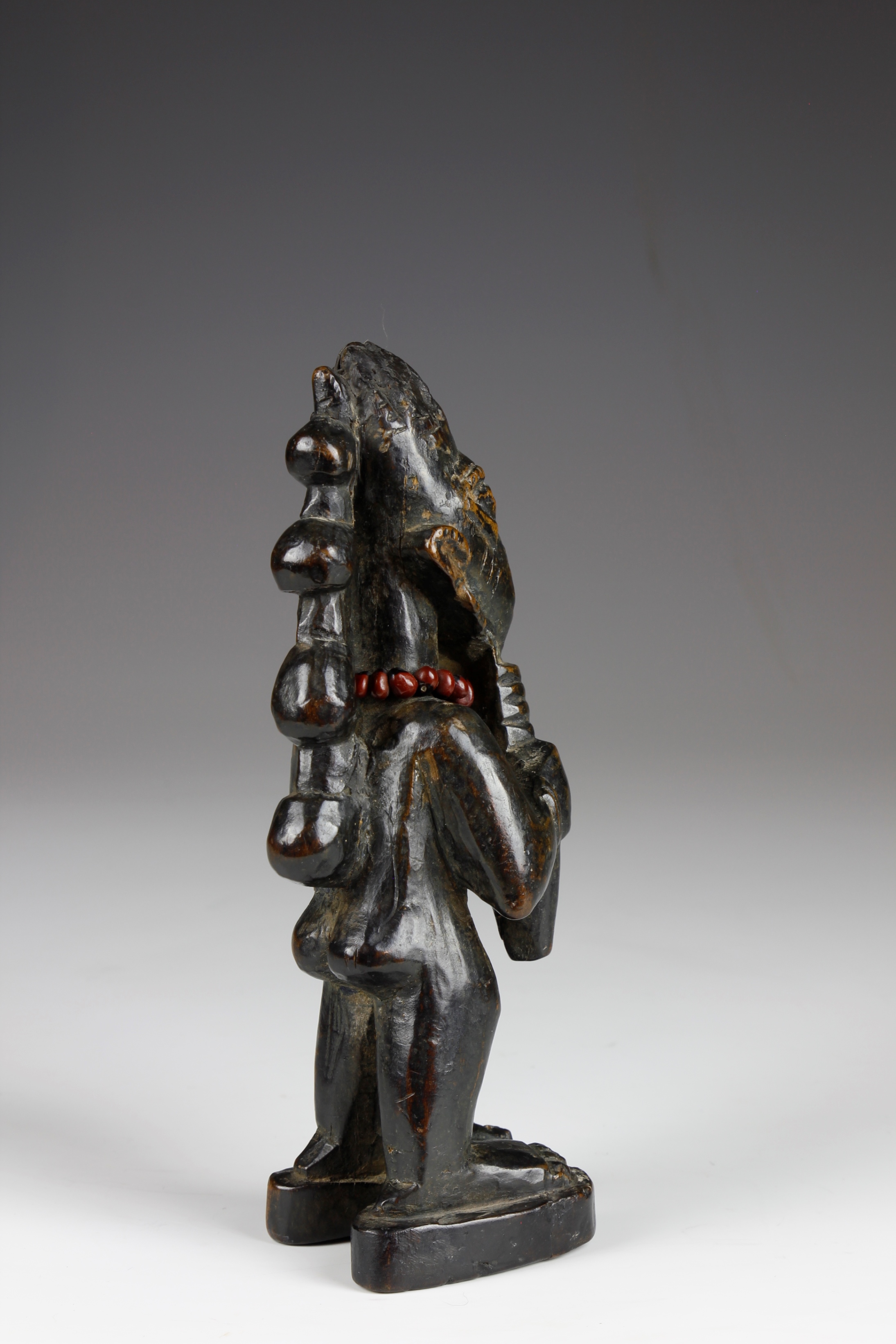 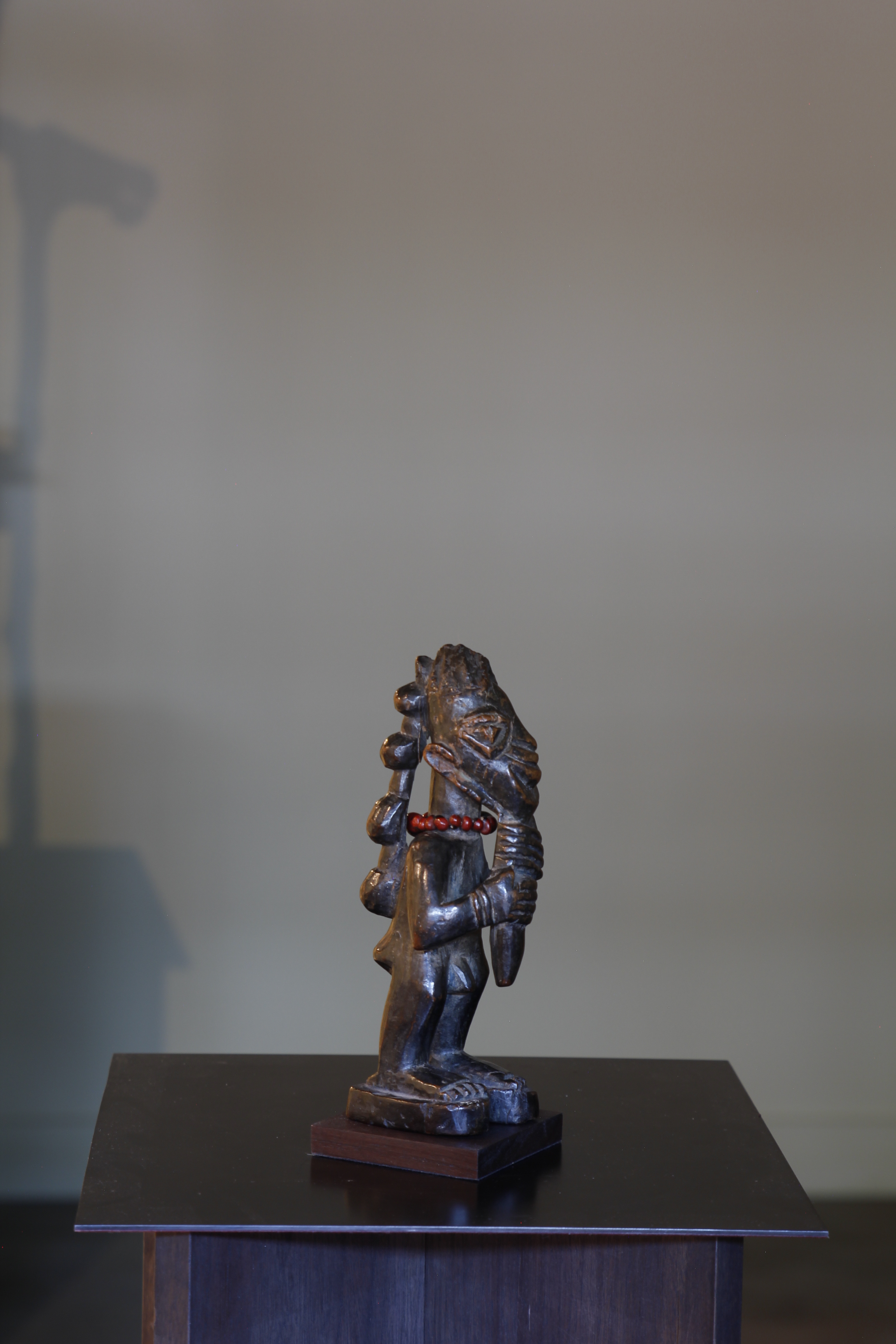 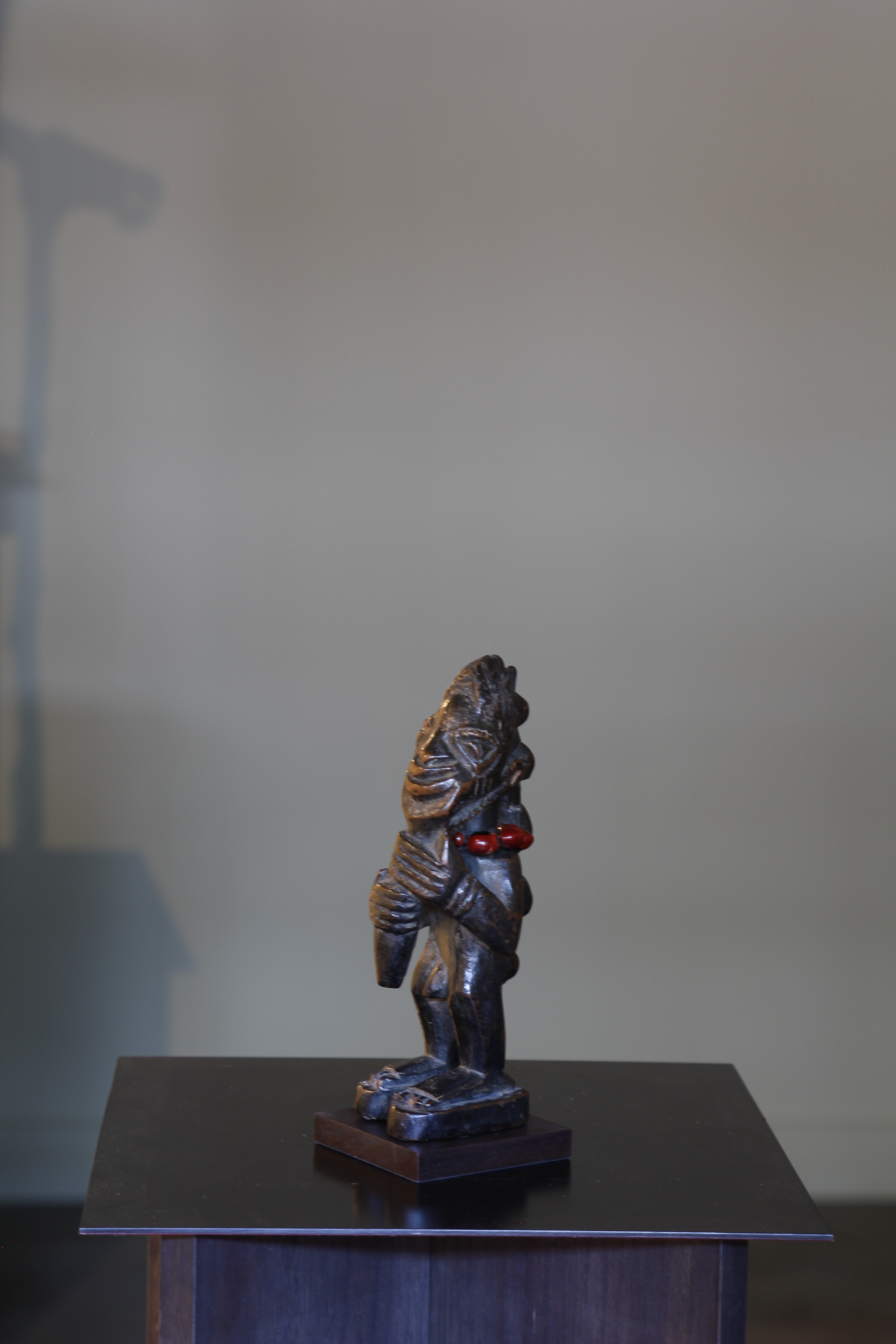 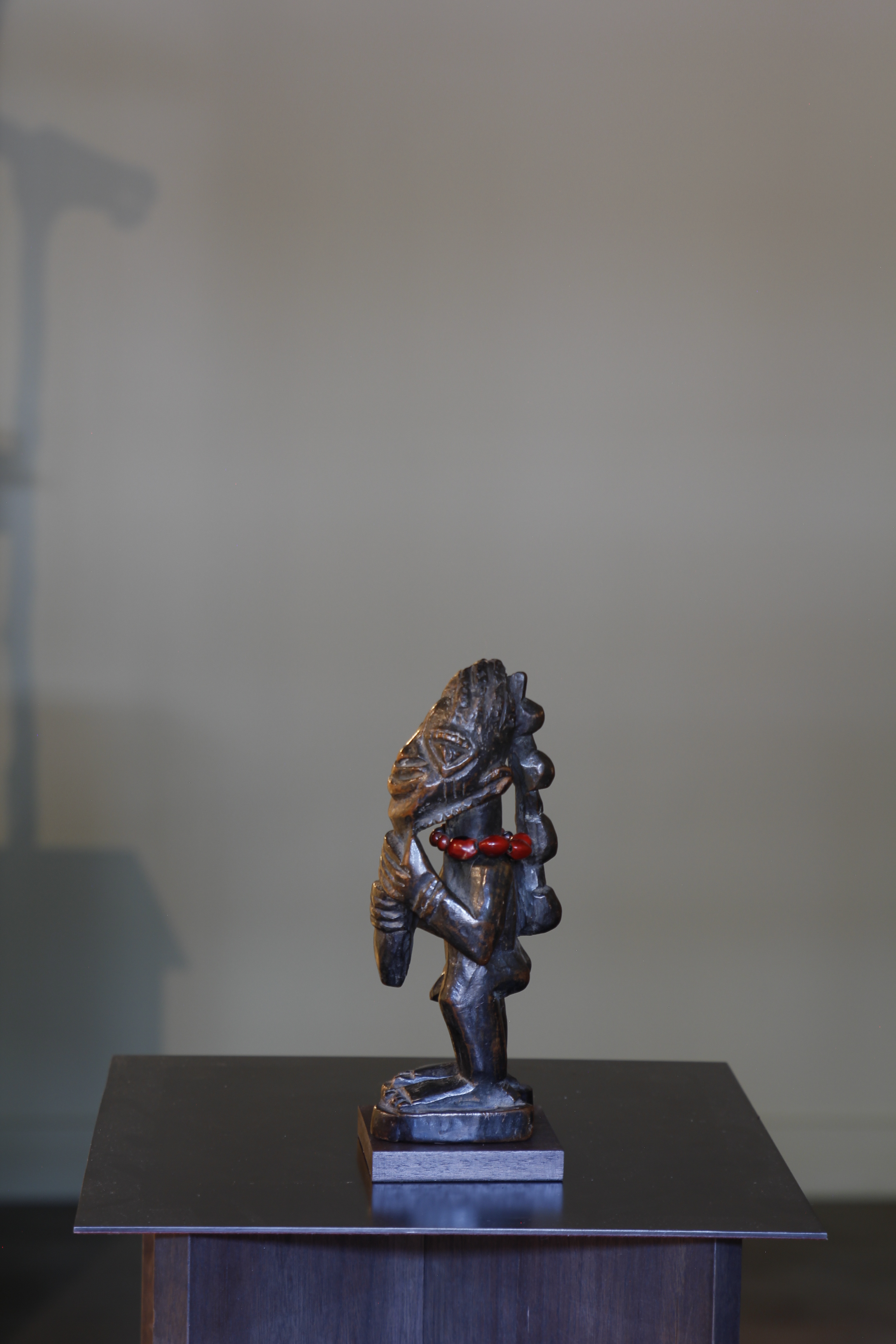 This standing male figure depicts Eshu, a god of the Yoruba people. In Yoruba tradition, Eshu is described as a figure of trickery and surprise.

The proportion of the sculpture's arms and hands are larger than the rest of the body, and in common with other depictions of the Yoruba god, the figure is shown playing a flute. He is crowned with a carved elaborate hairstyle, and strands of vivid red and black seed pods decorate his neck. Over time, the surface of the piece has developed a very warm patina. 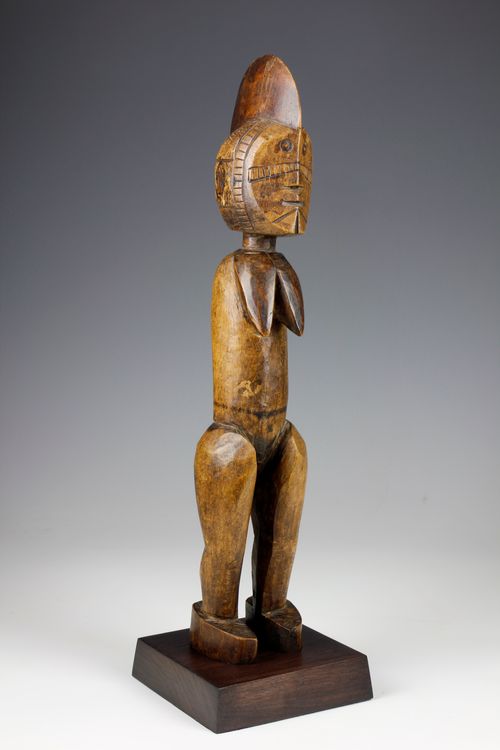