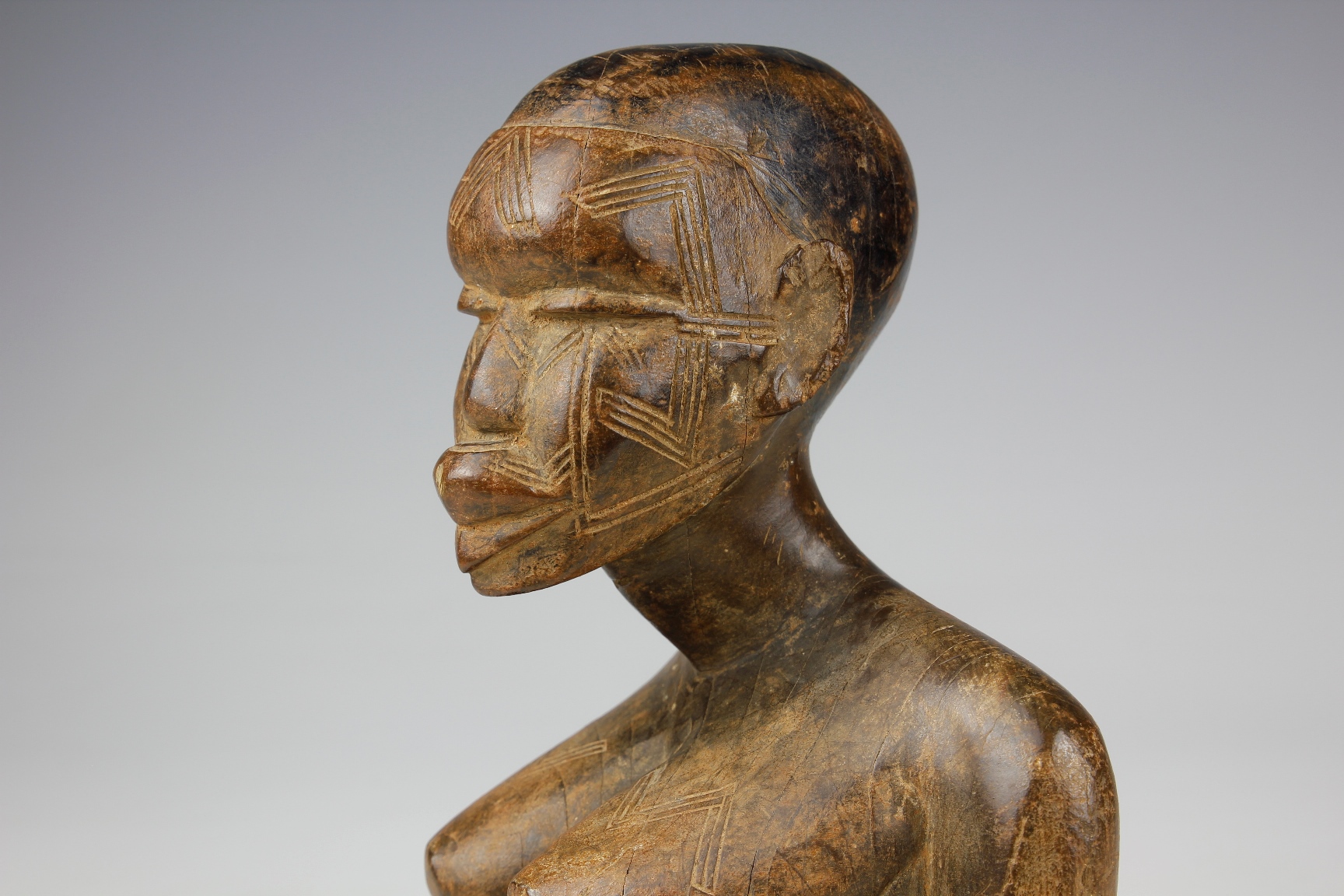 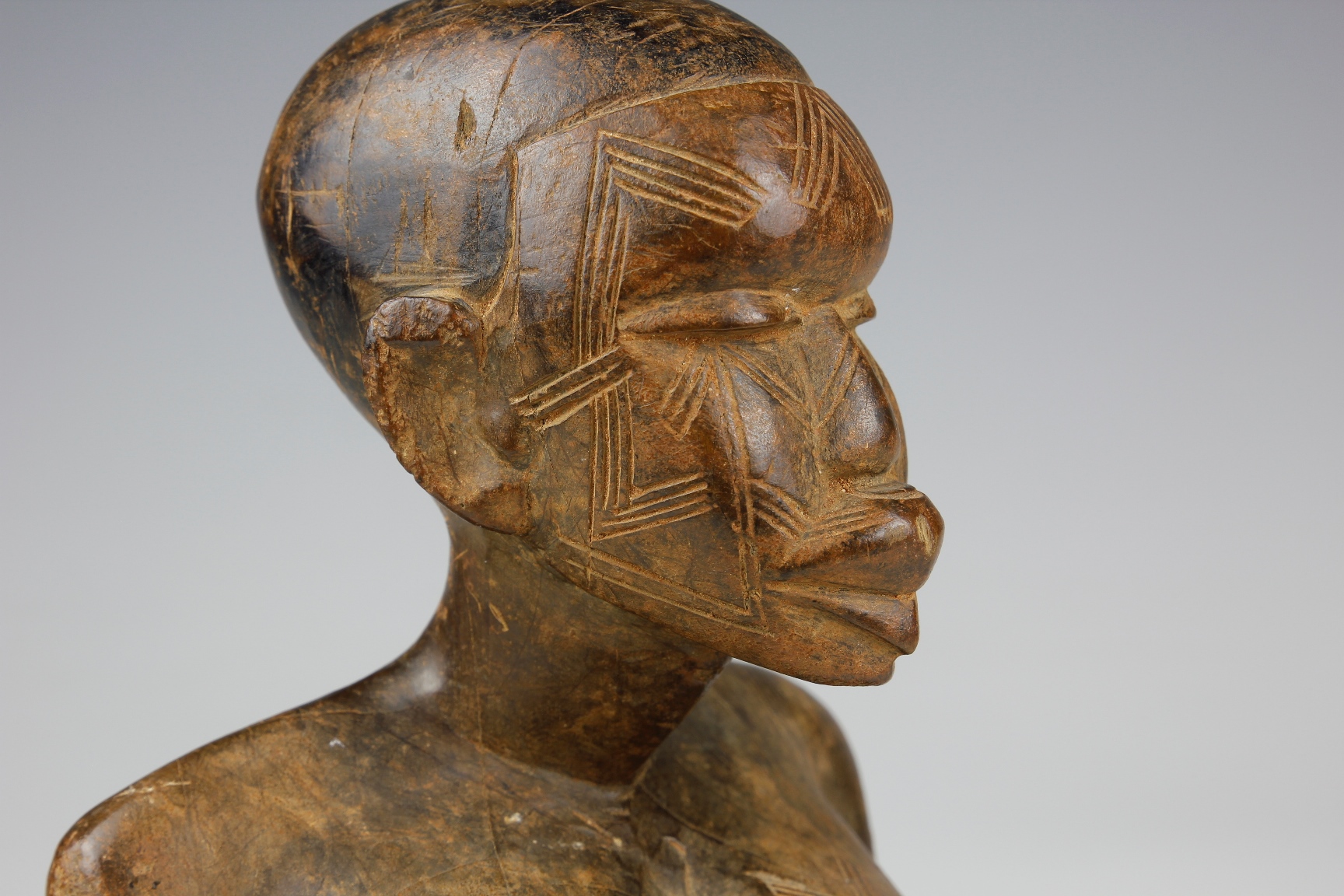 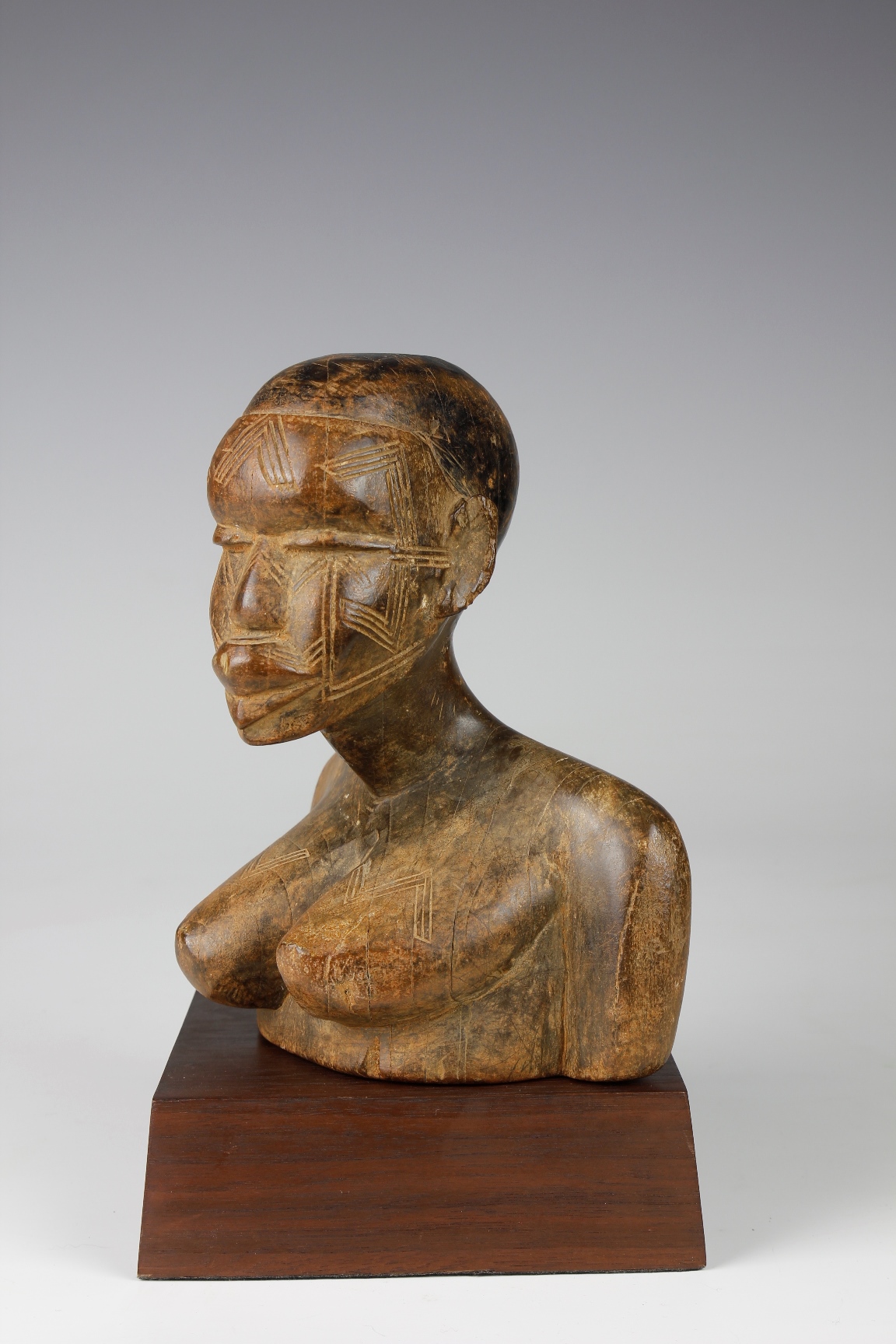 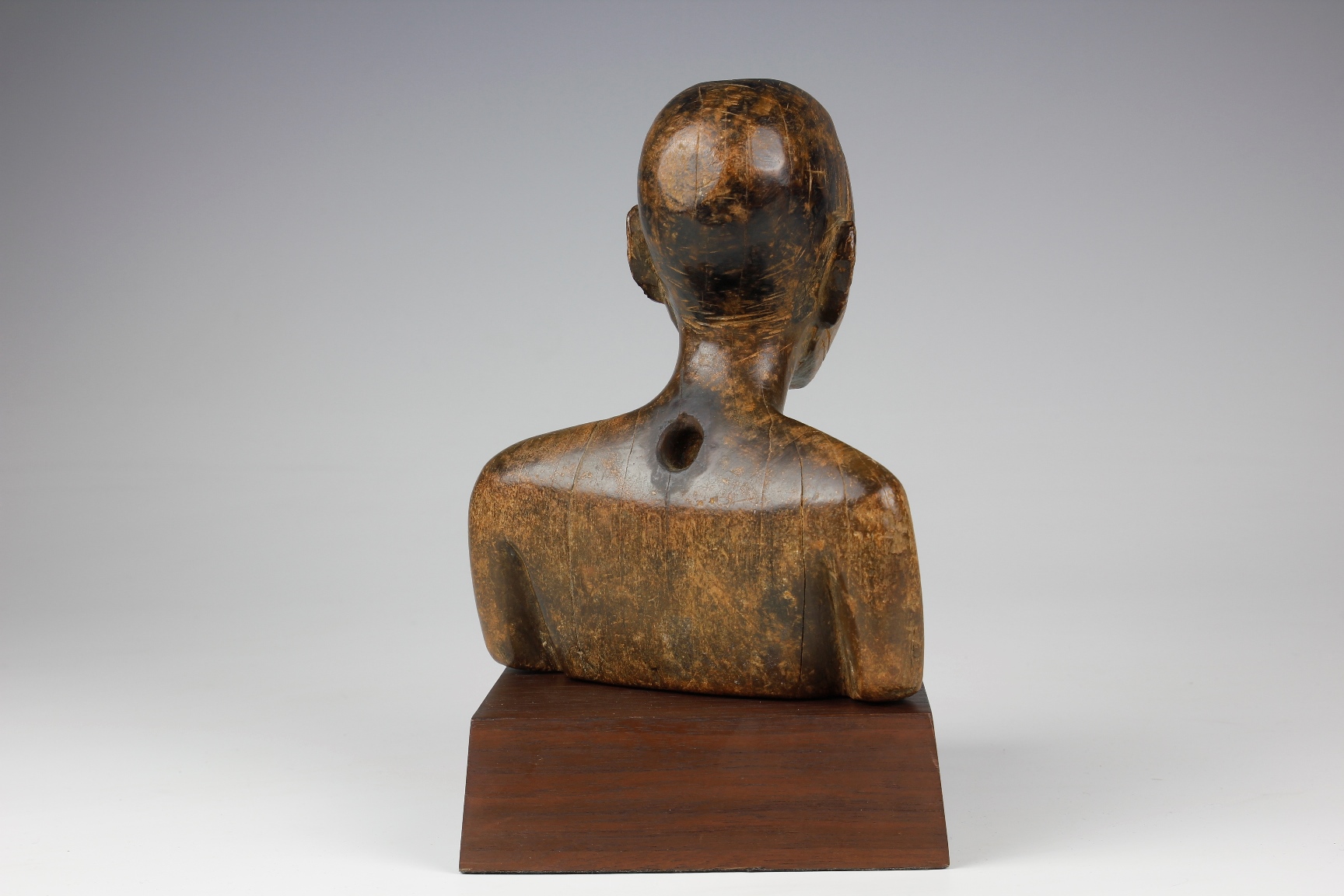 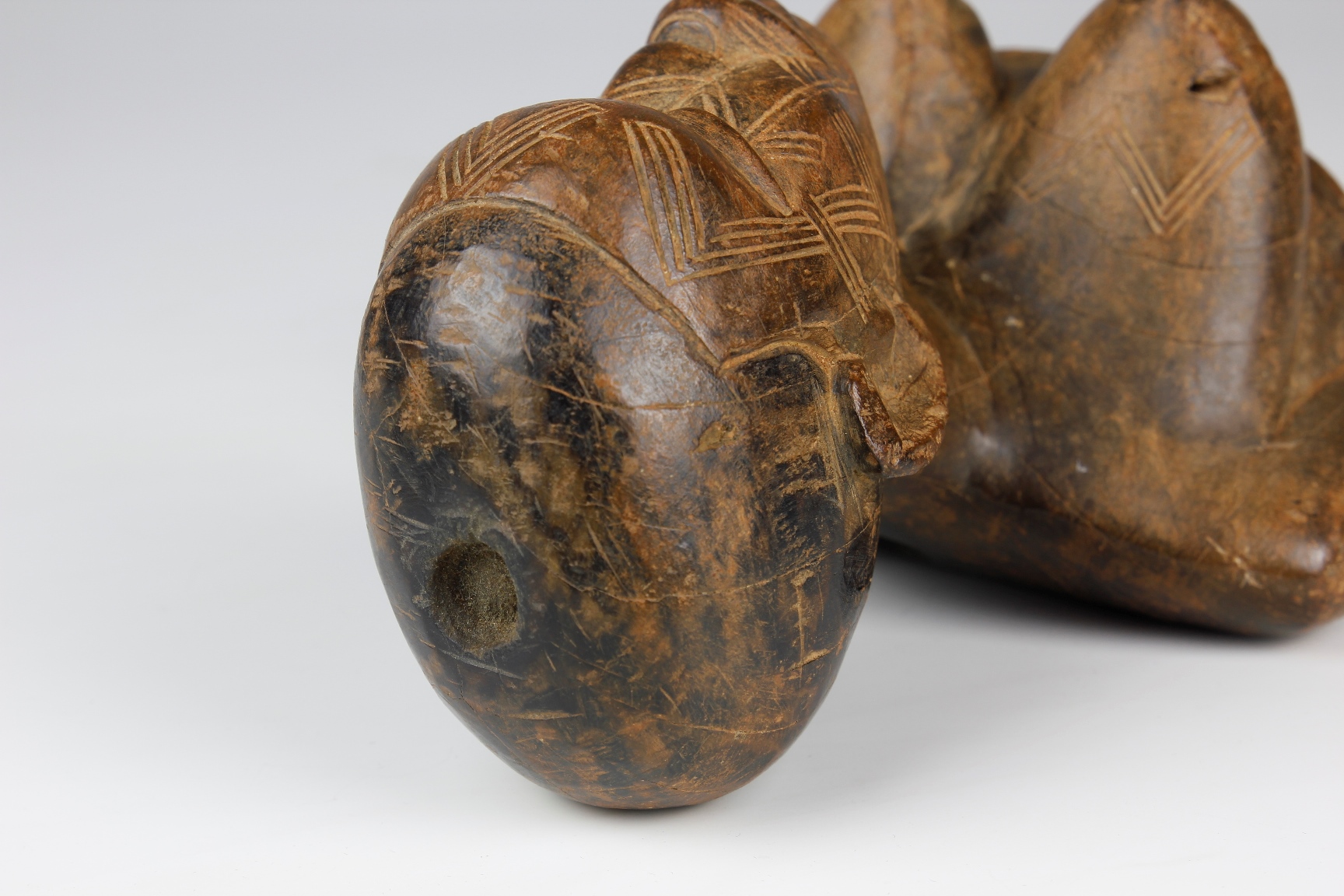 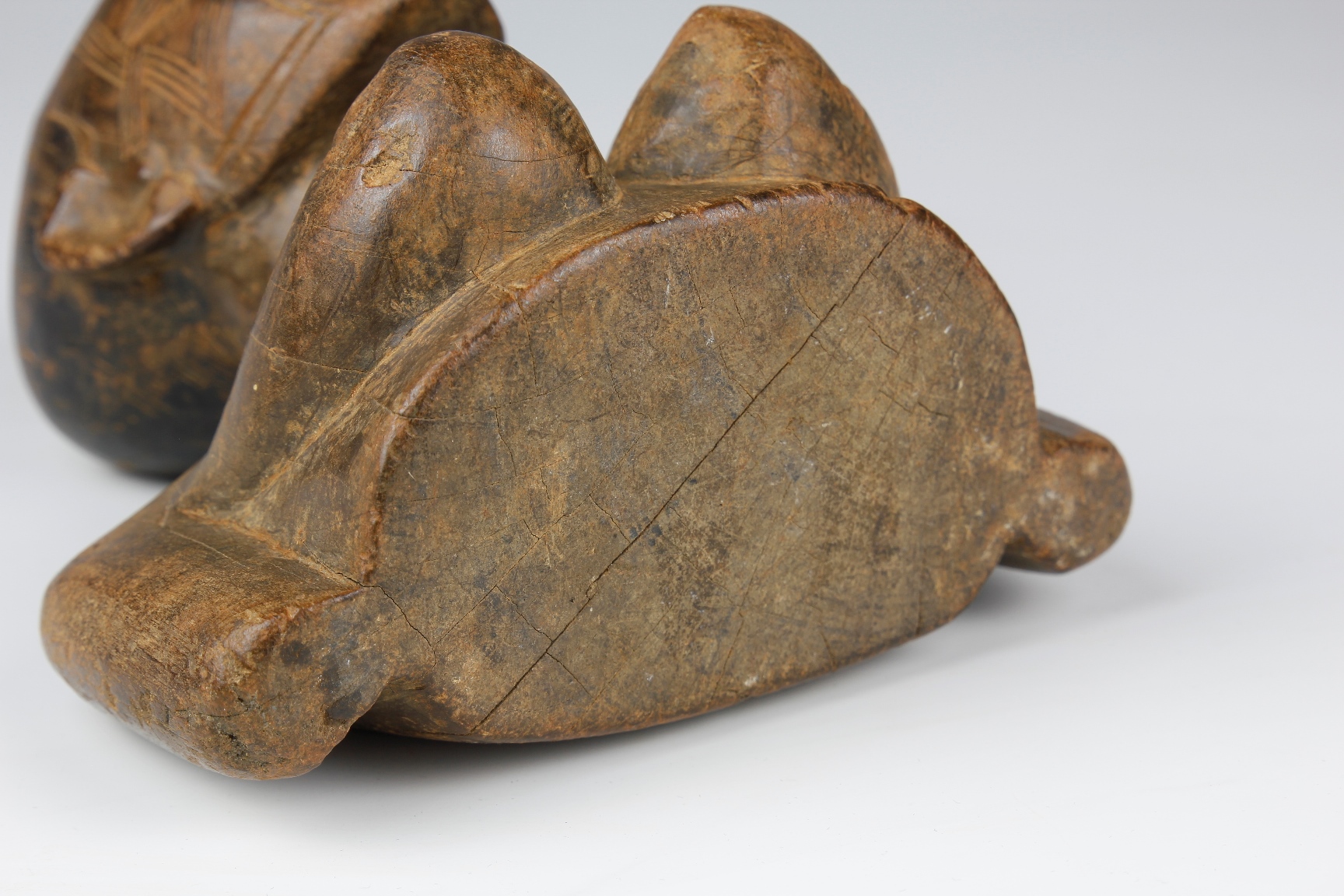 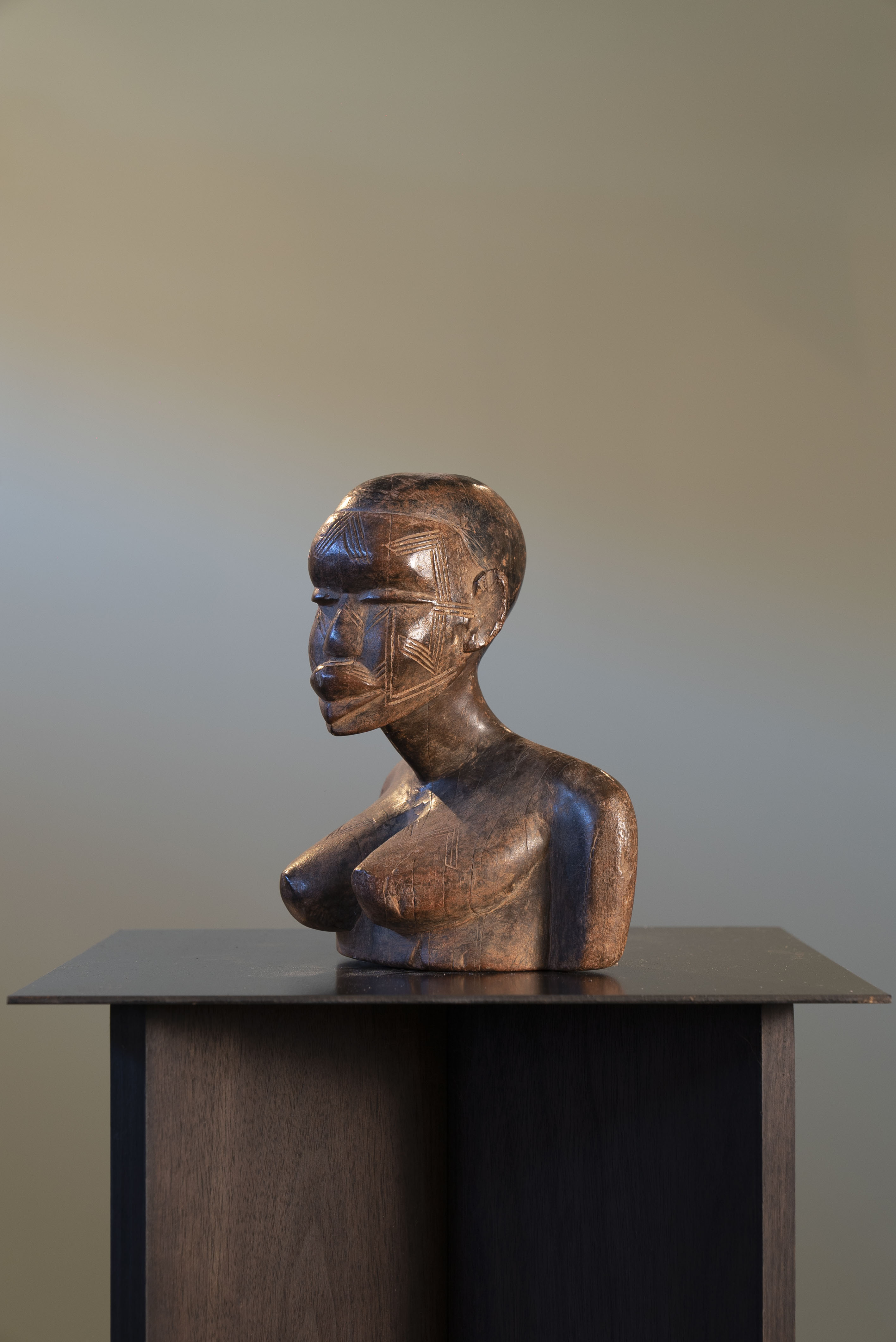 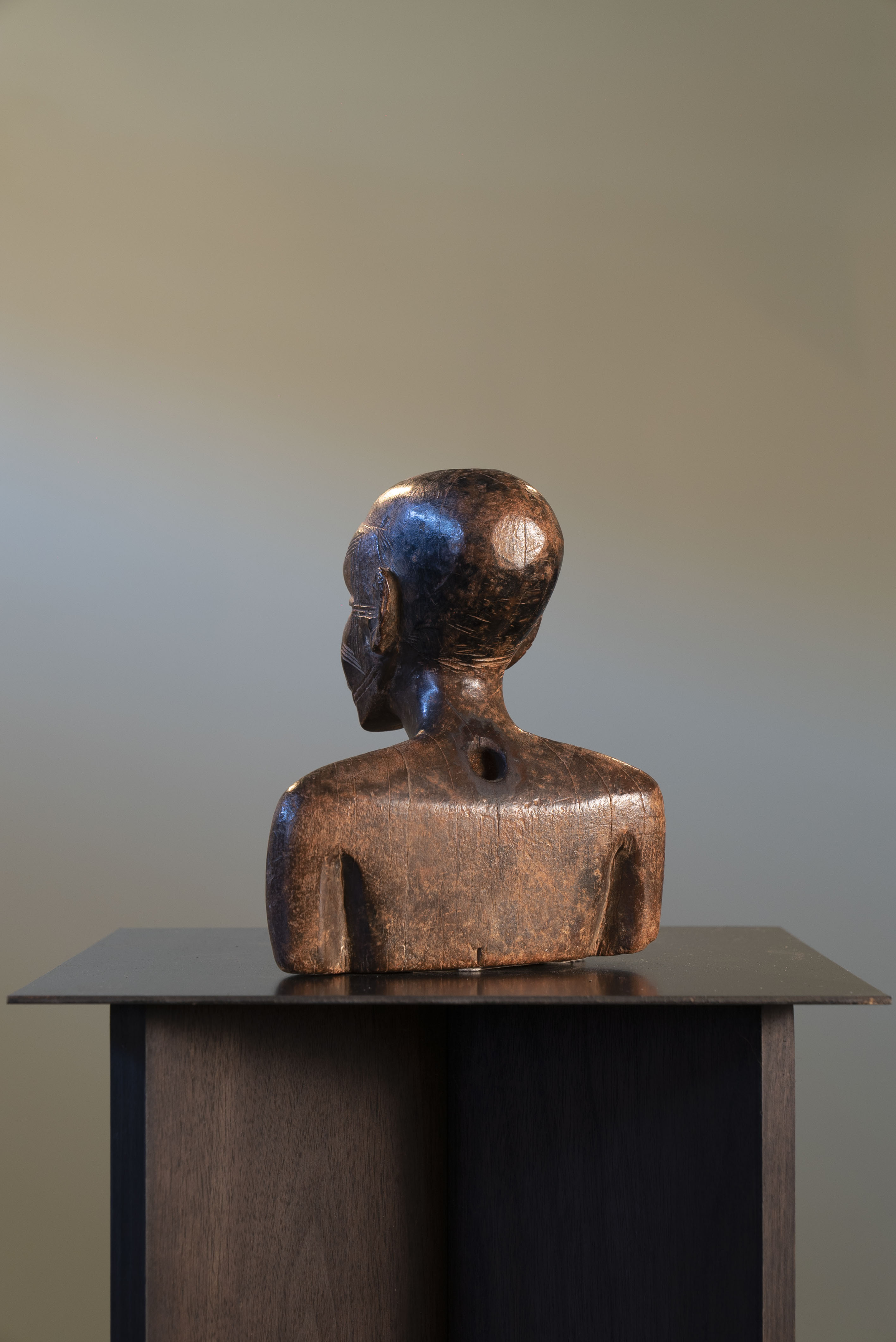 This fine female bust was traditionally used as a fetish. The face displays typical Makonde fine scarification's and features a carved lip adornment. Finely engraved zig-zag scarification's also adorn the breasts. Two fetish holes, which would have traditionally been used to contain healing medicine, are located on the bust’s upper back and at the top of its head as shown in the images.

The surface of the female bust exhibits a worn, used patina from extensive handling throughout the years. 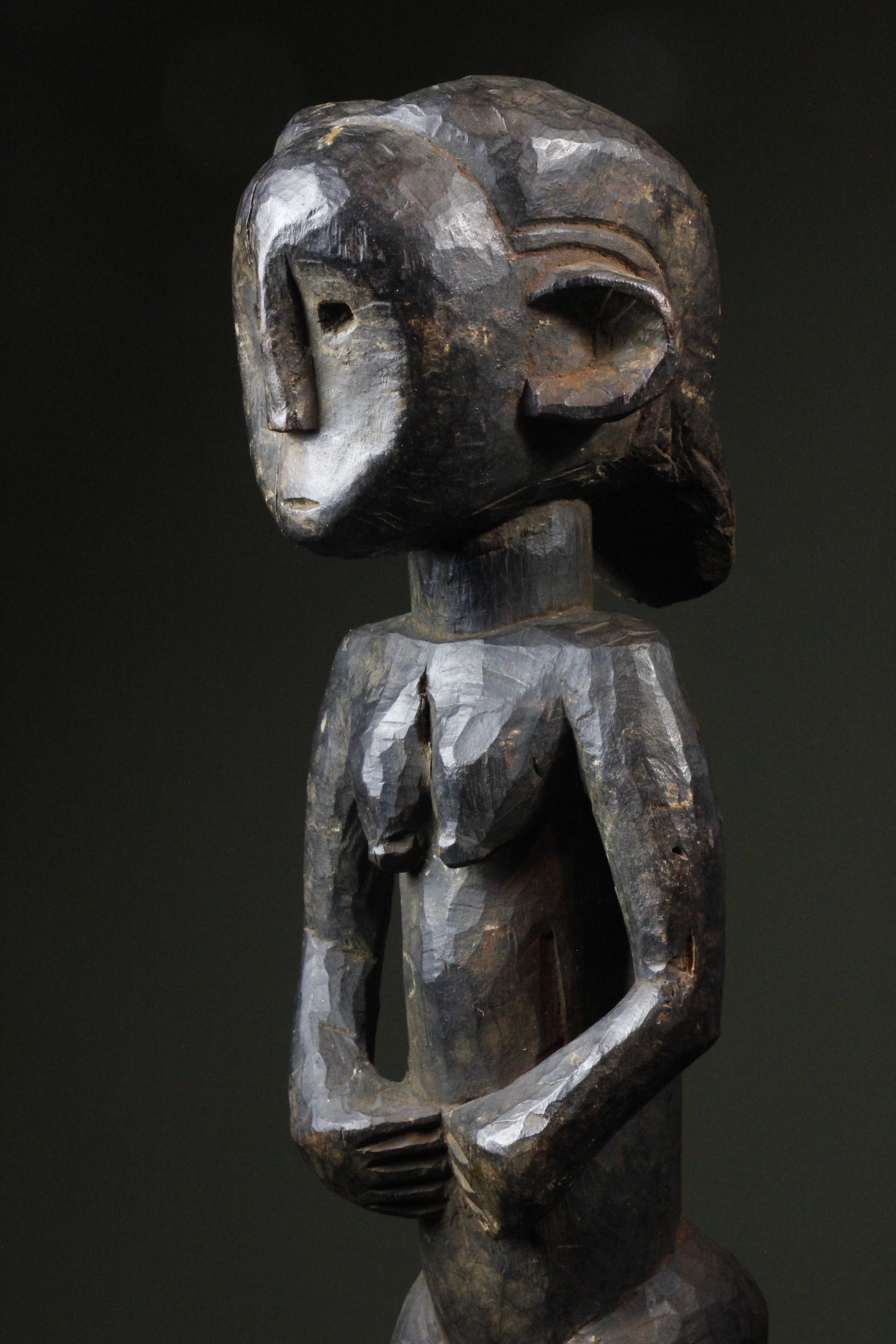 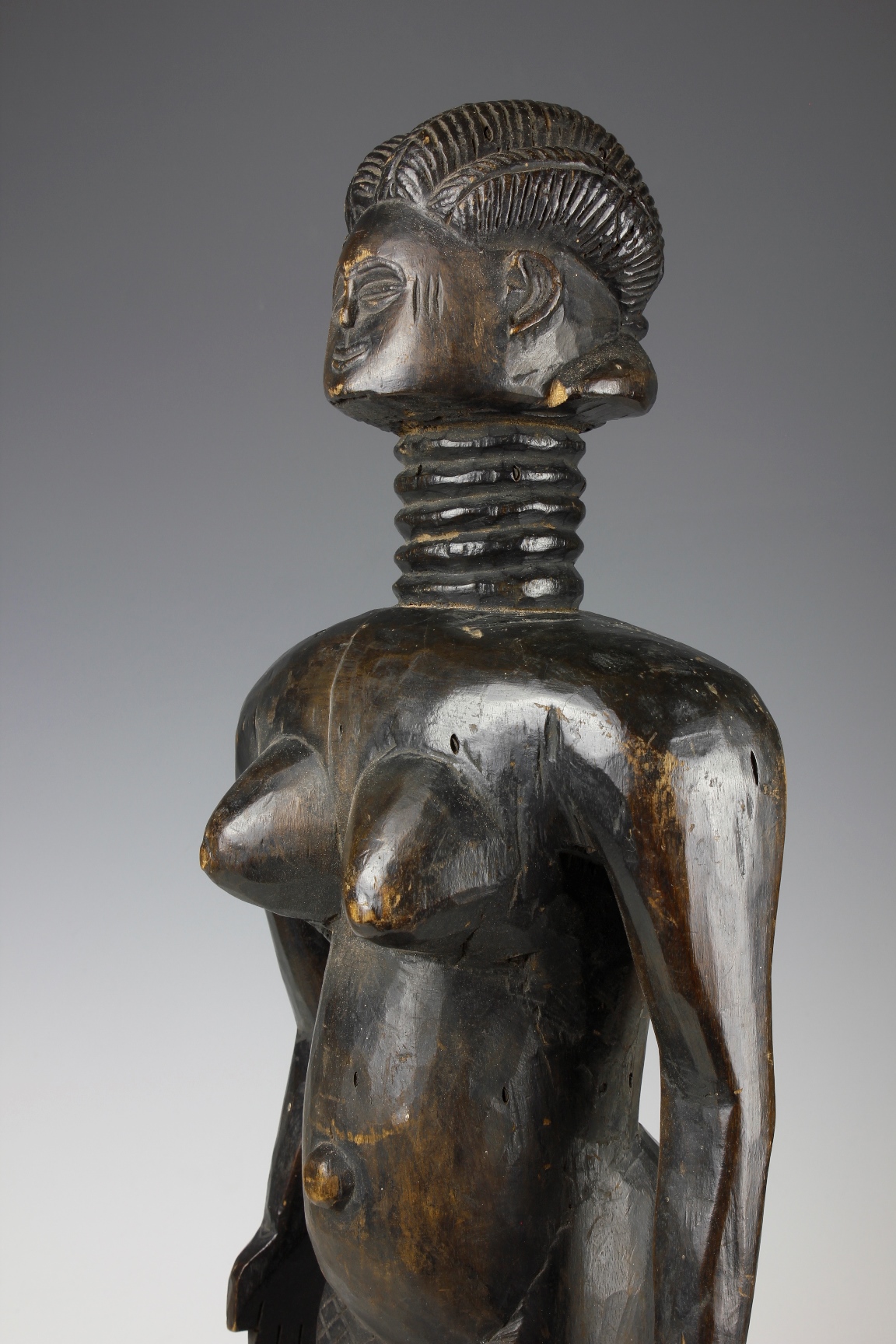