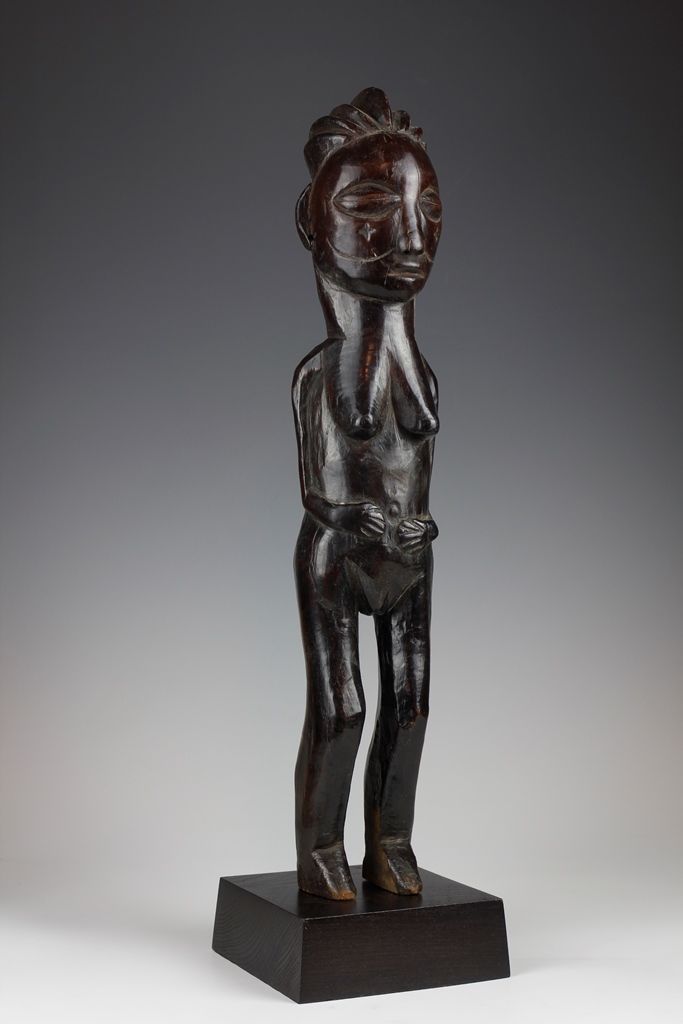 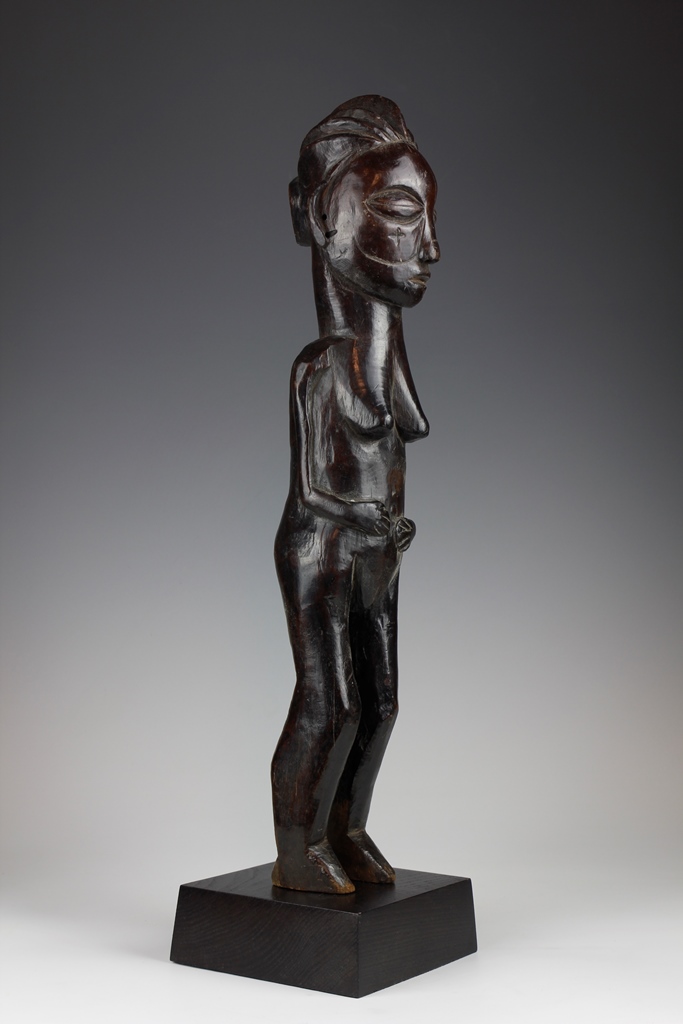 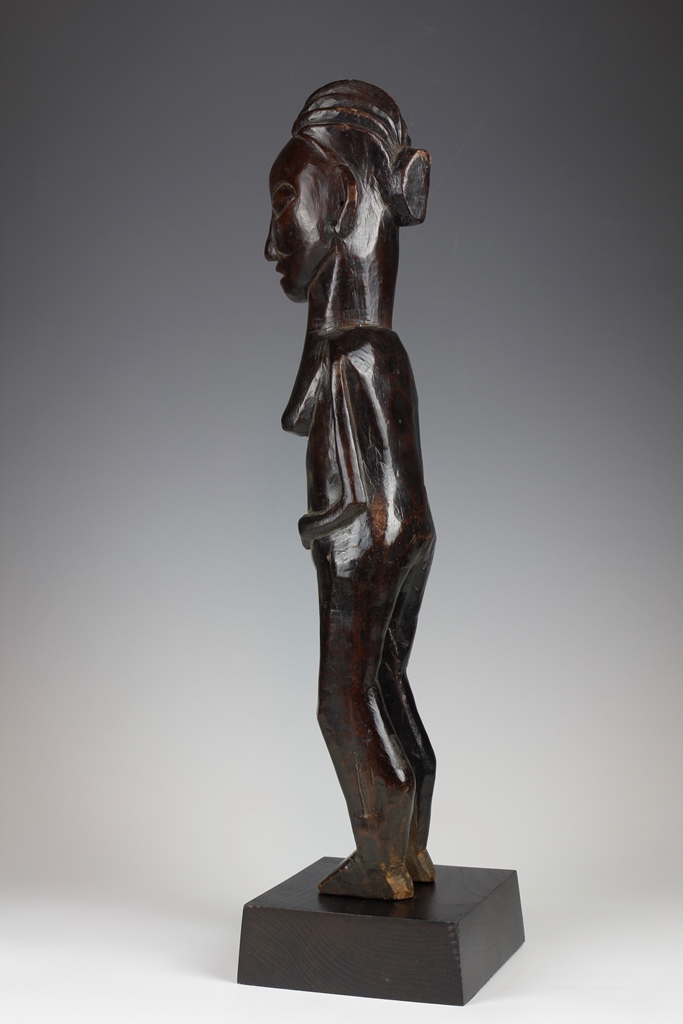 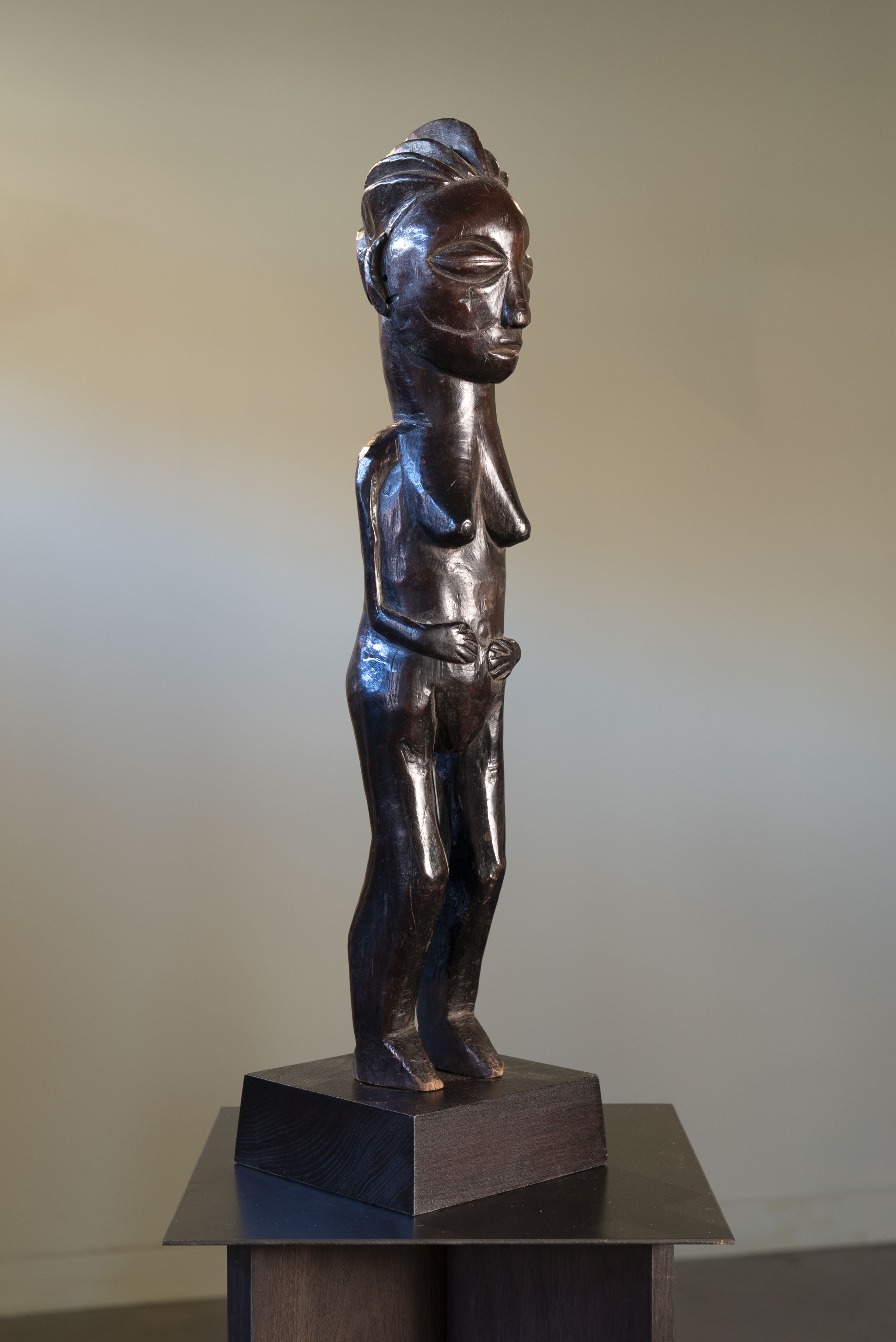 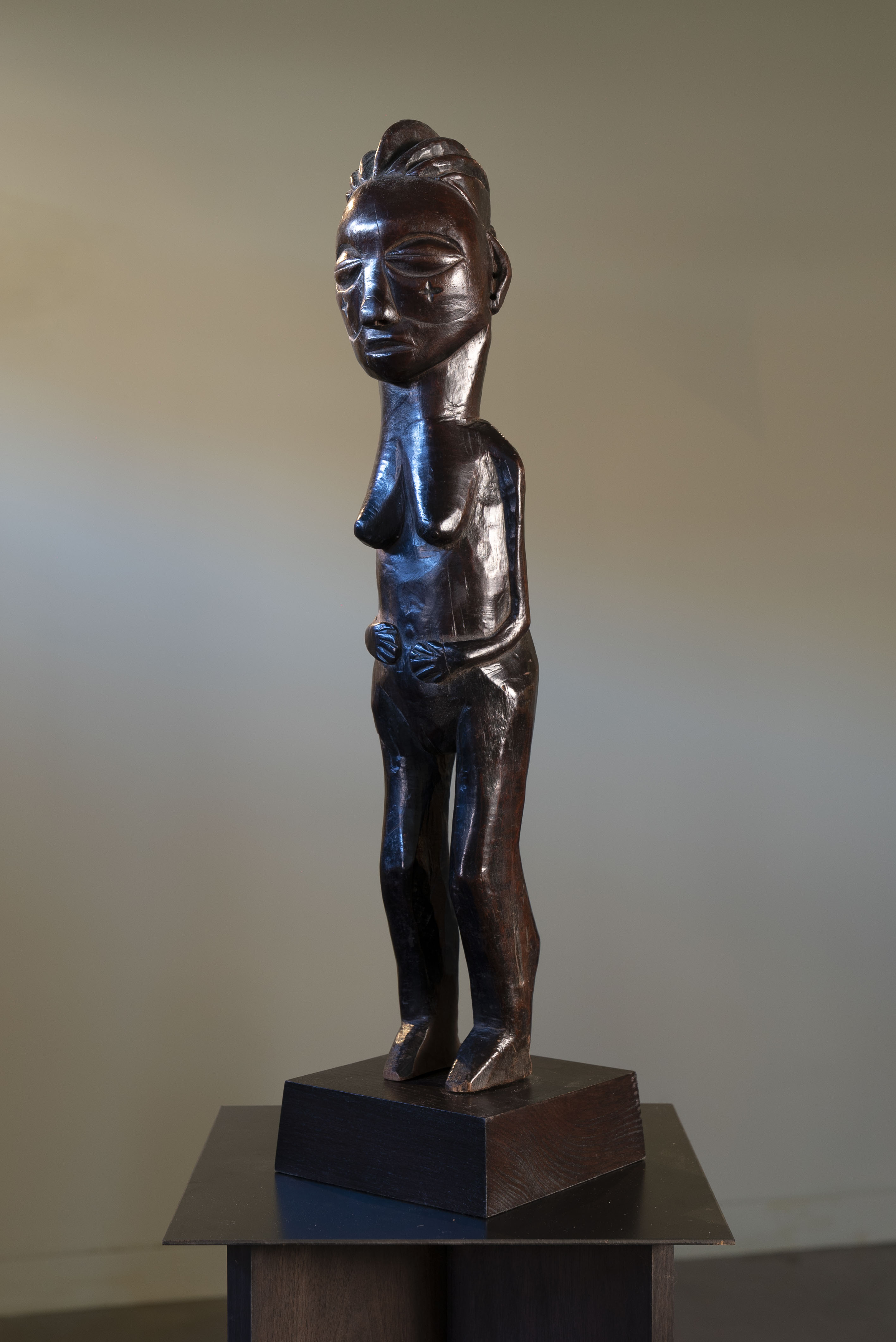 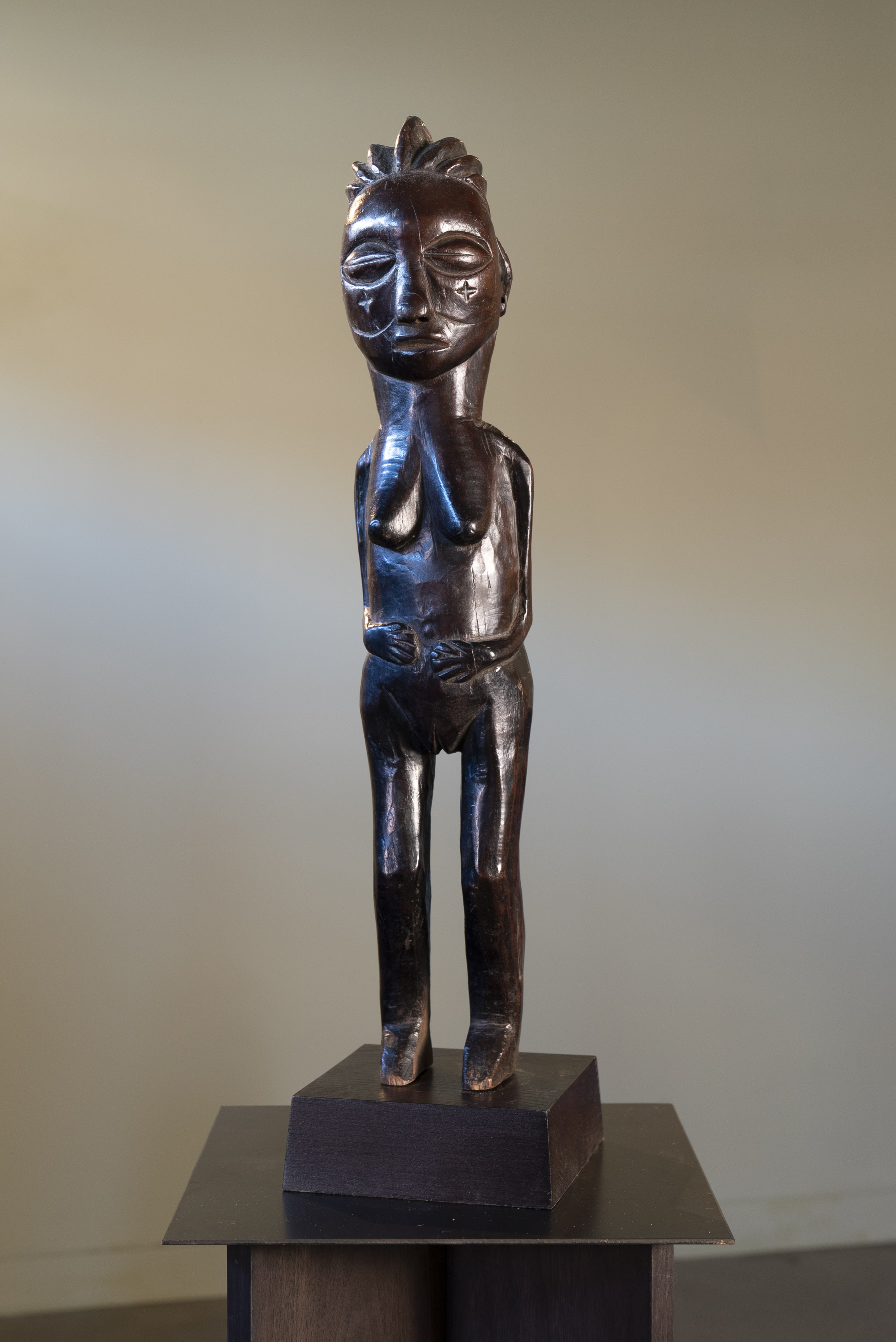 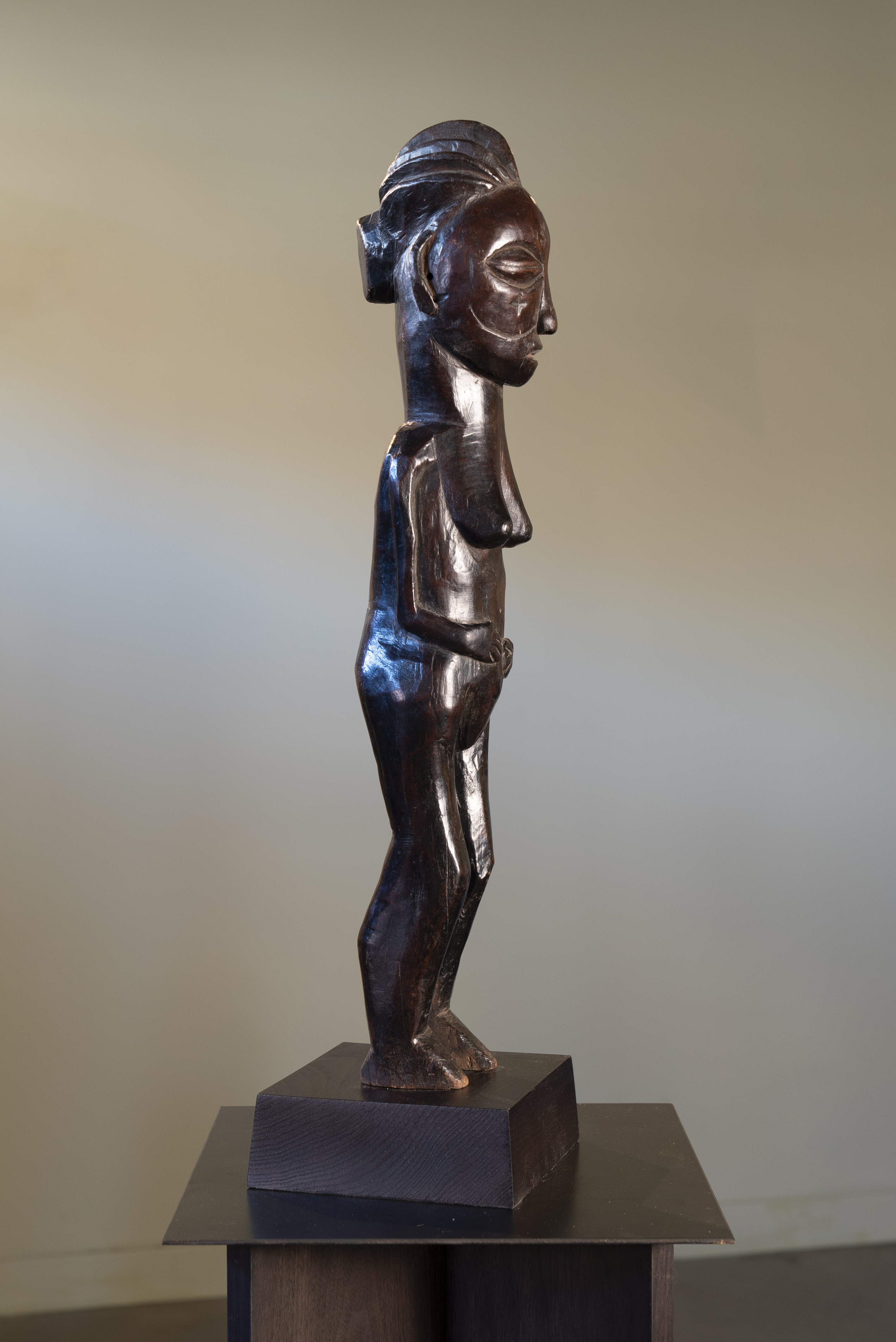 This female figure has been stylistically and ingeniously carved in the way that the breasts are adjoined to the neck. The figure is depicted standing in an upright position, with her arms touching her stomach in a maternal gesture. The surface of the figure exhibits a beautiful glossy, dark patina.

Ex Private Collection, The Netherlands (Collected in situ in the early 1970s) 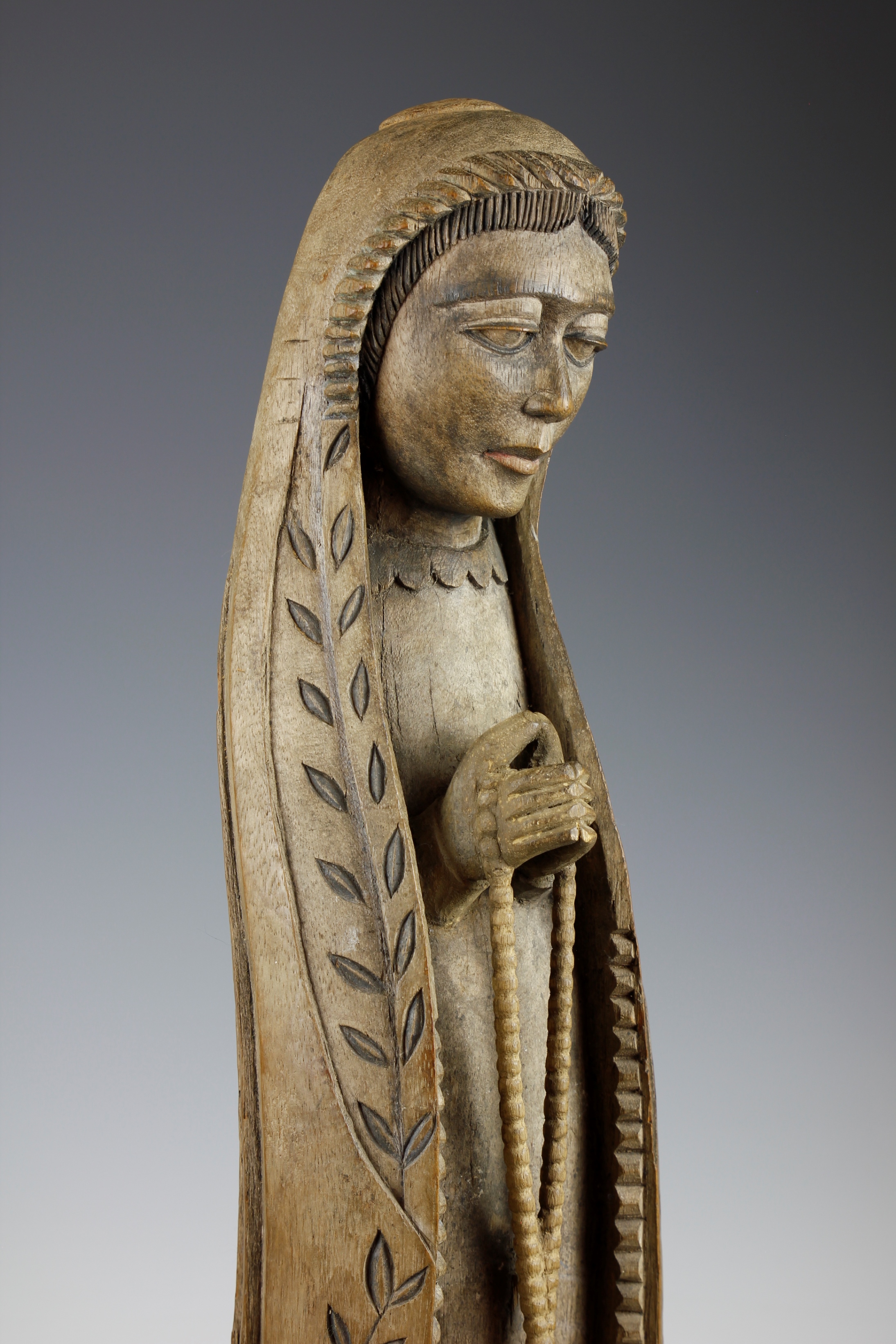 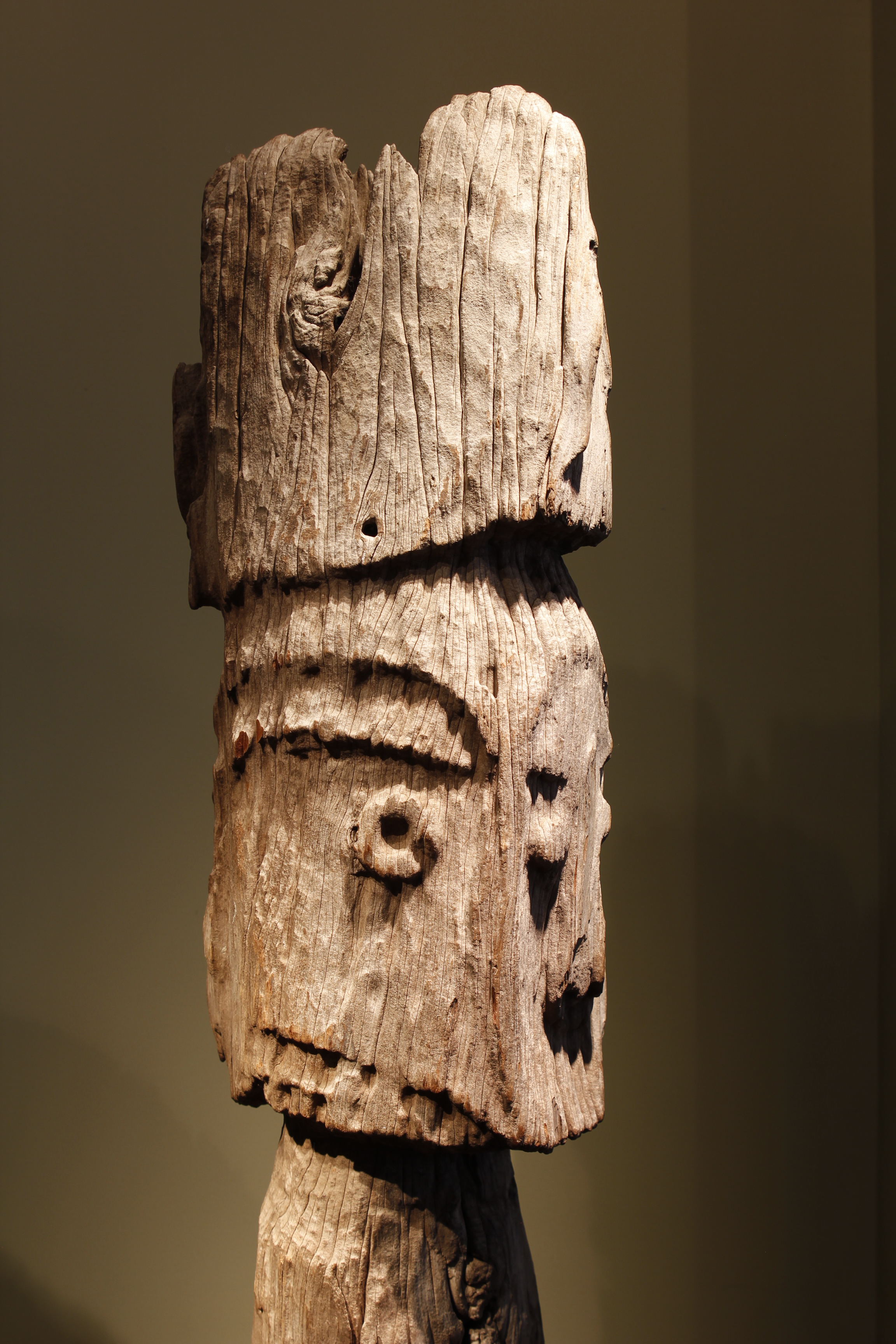 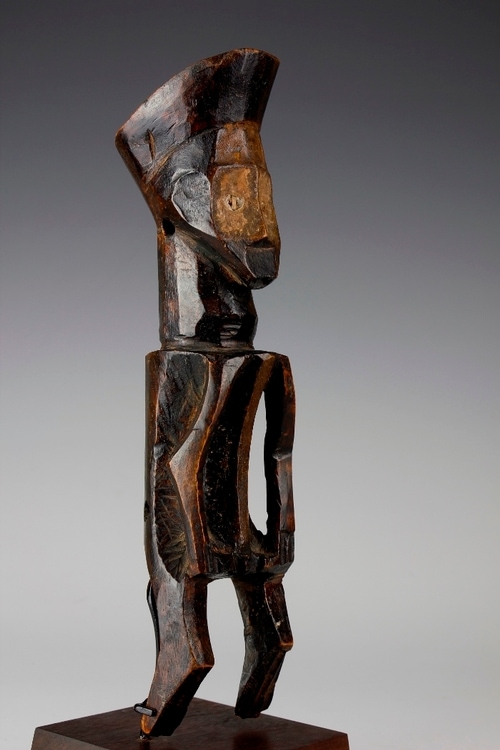