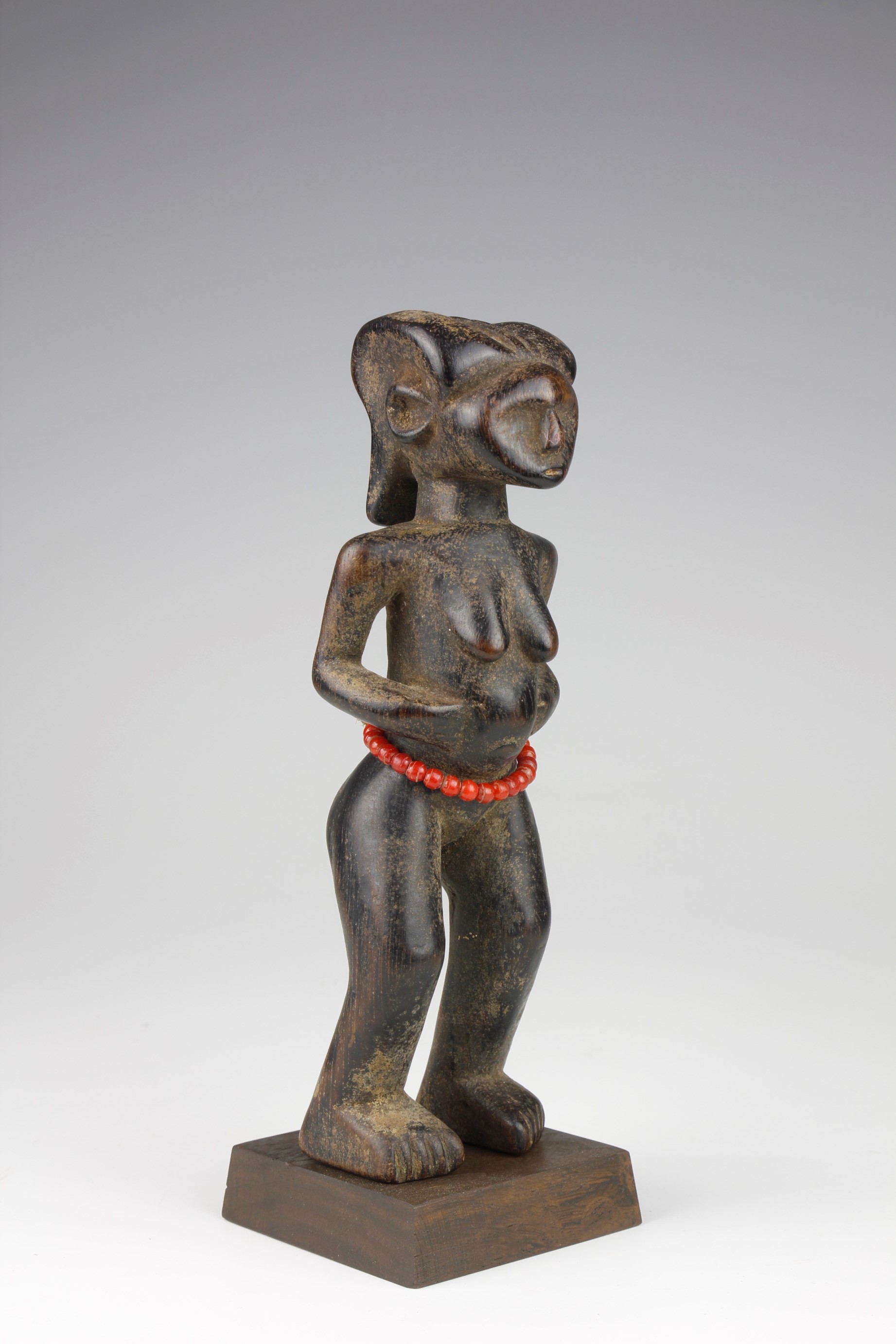 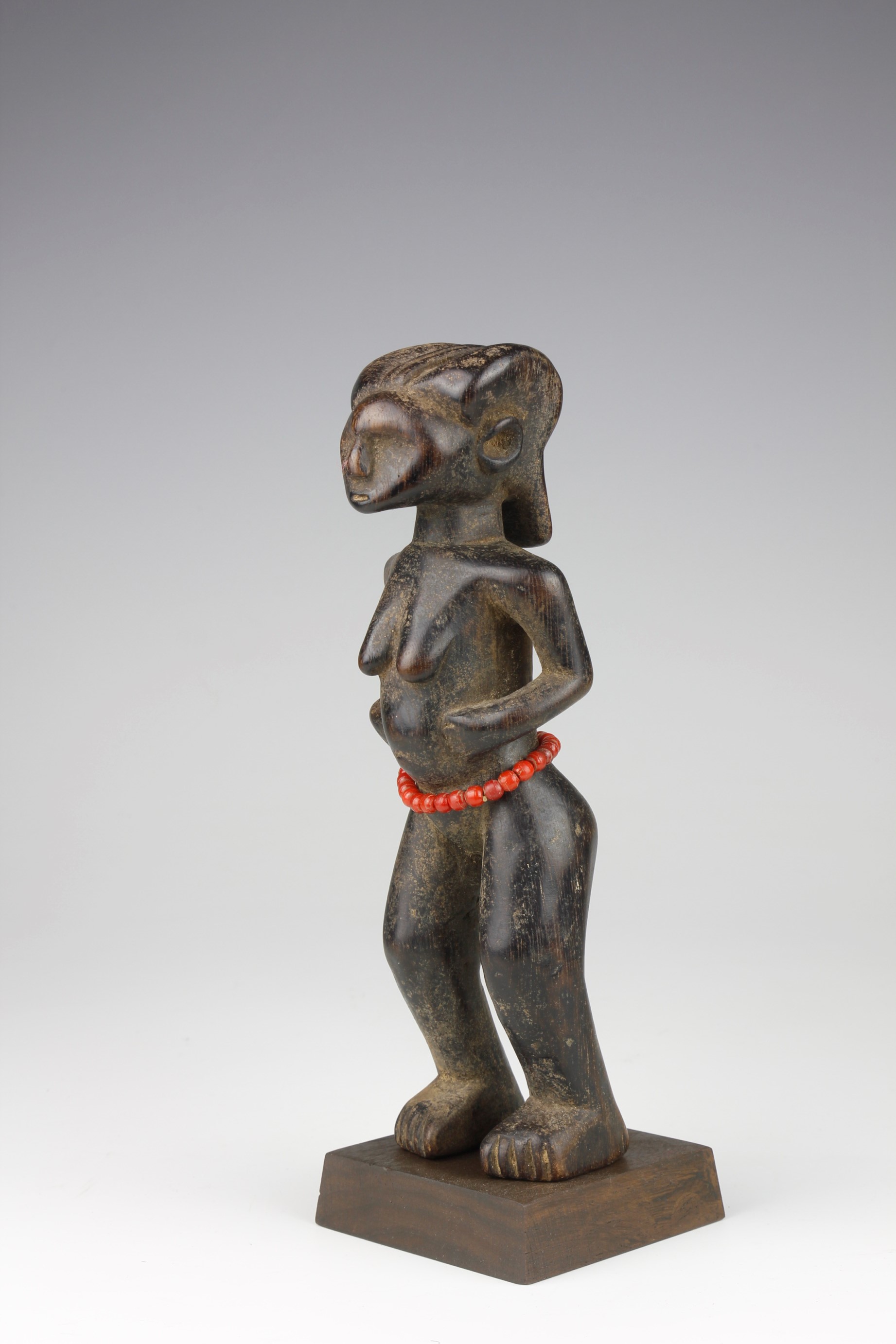 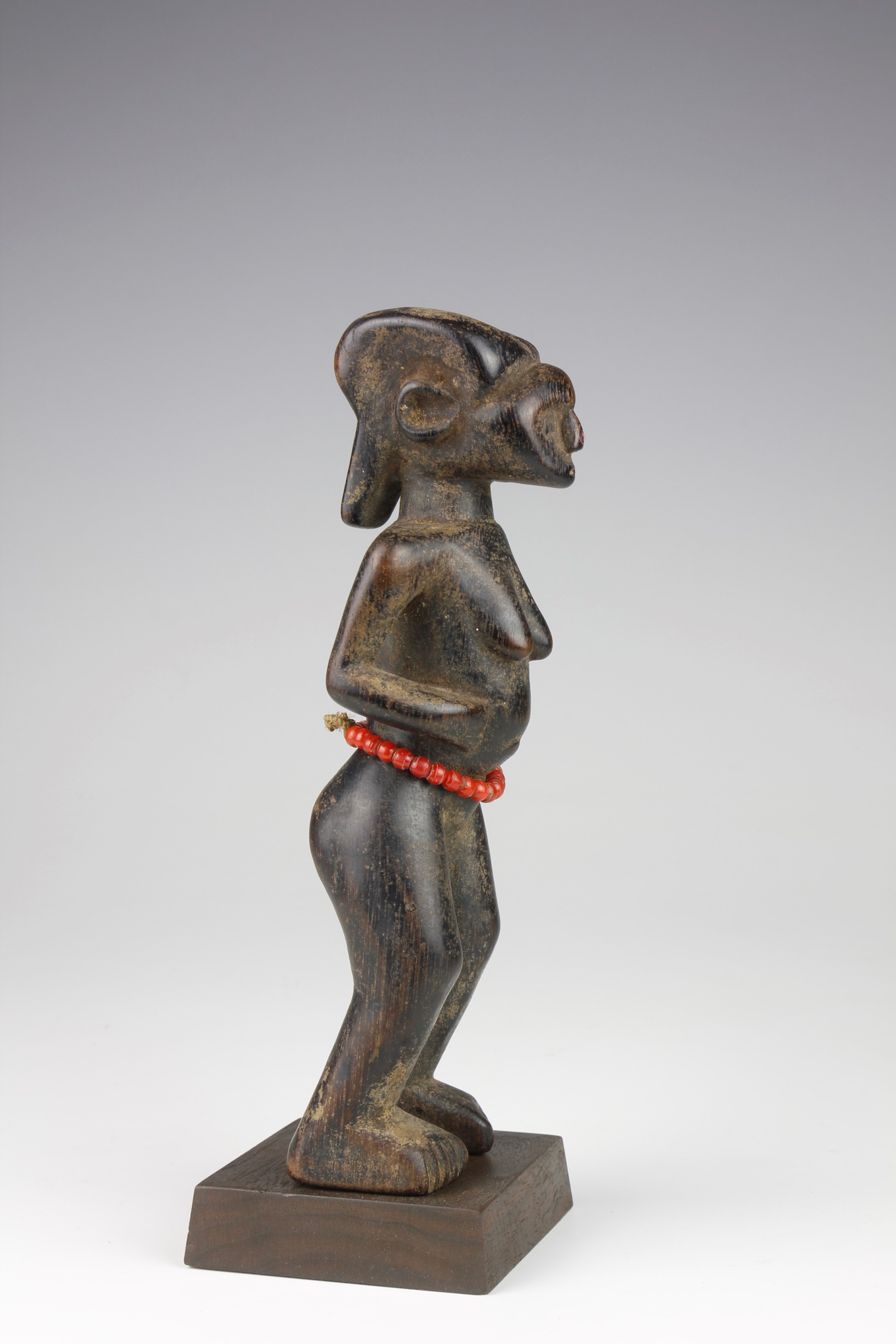 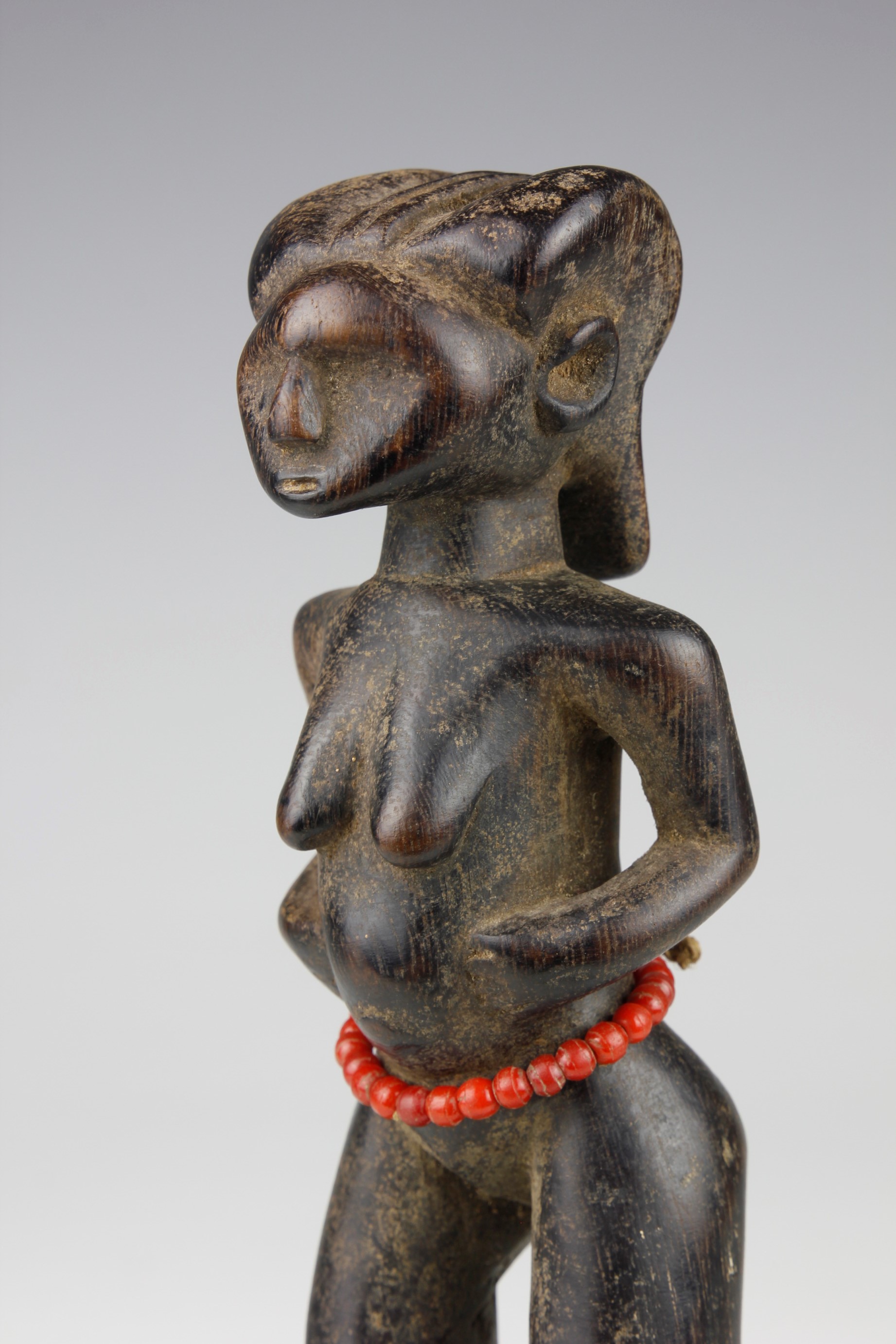 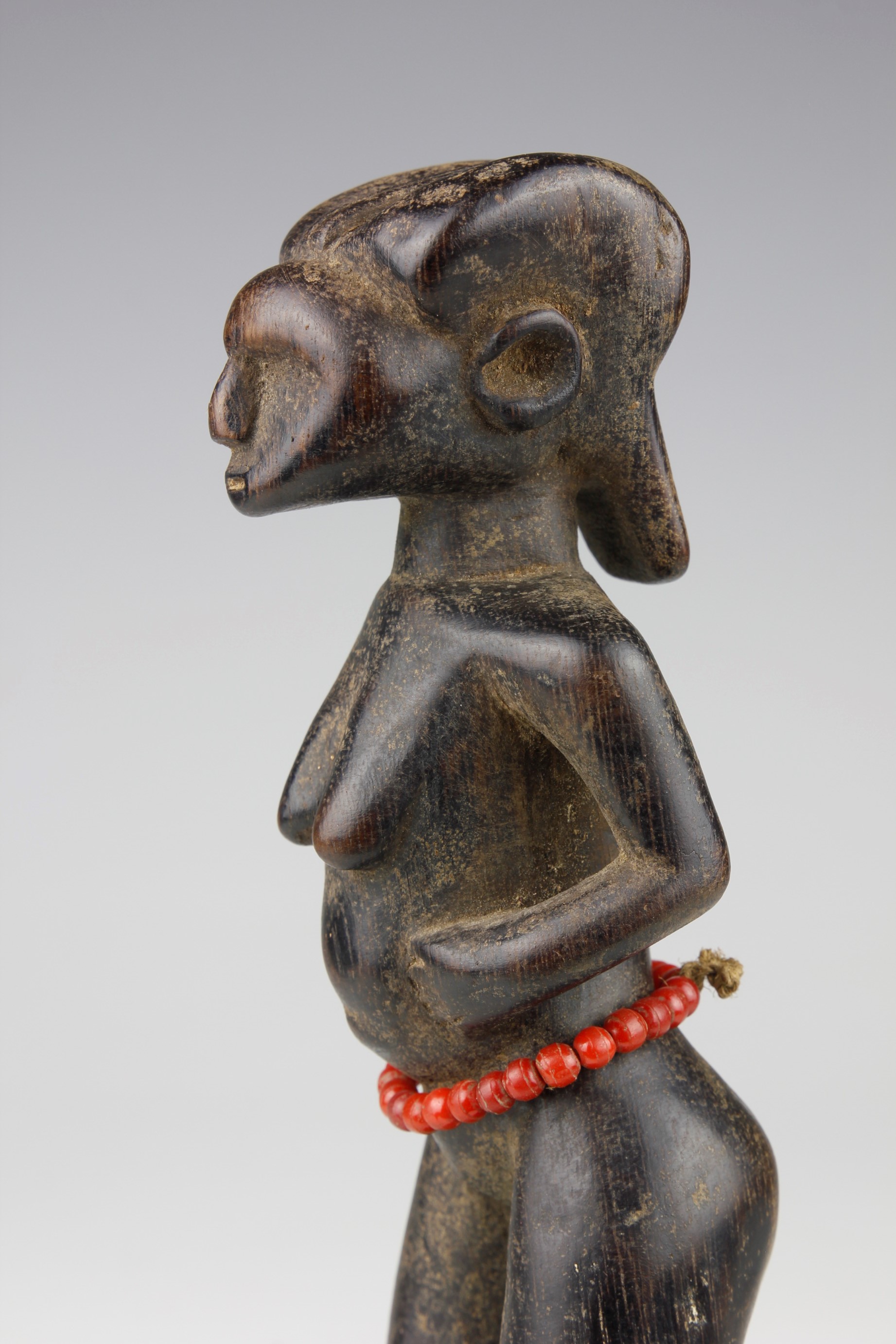 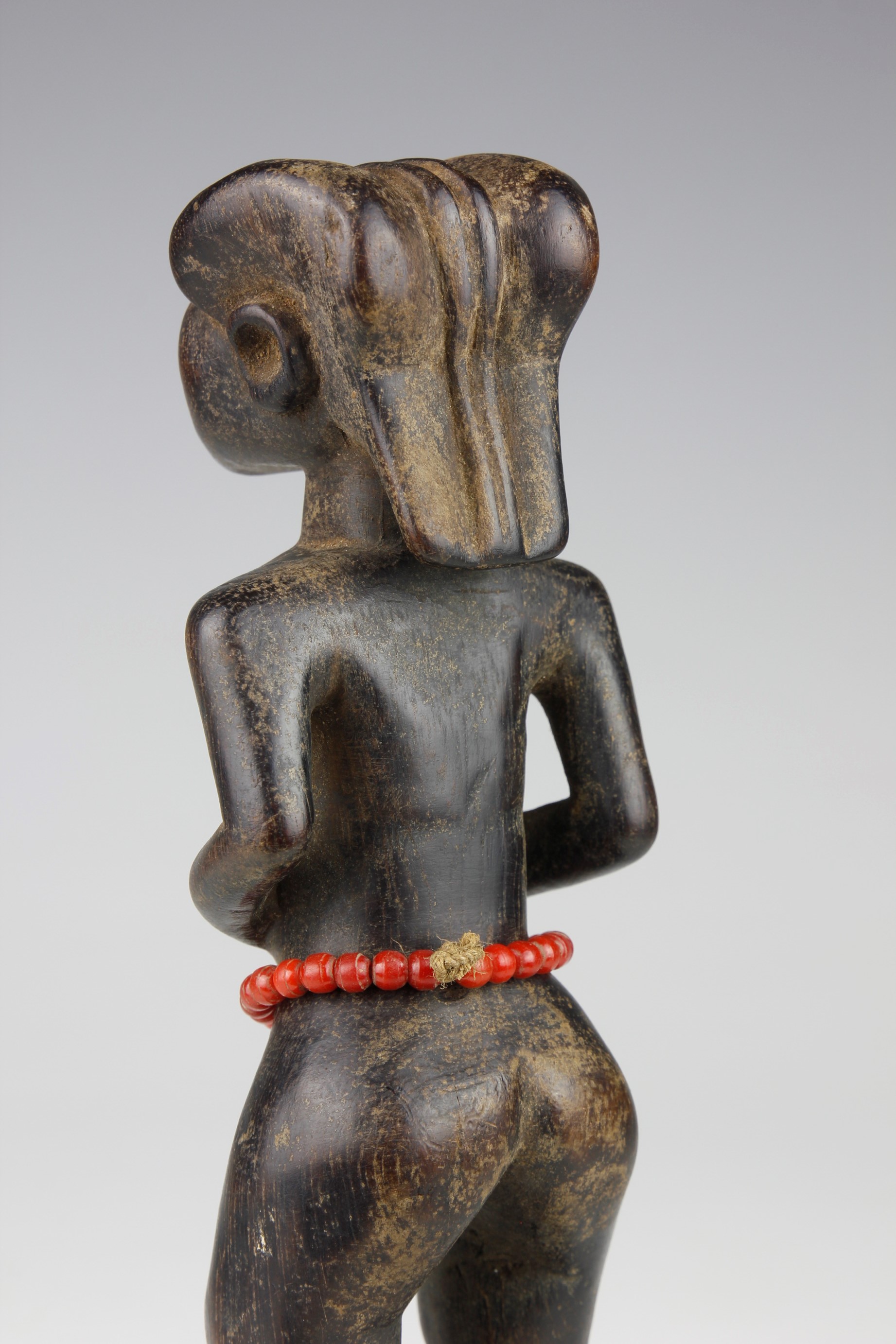 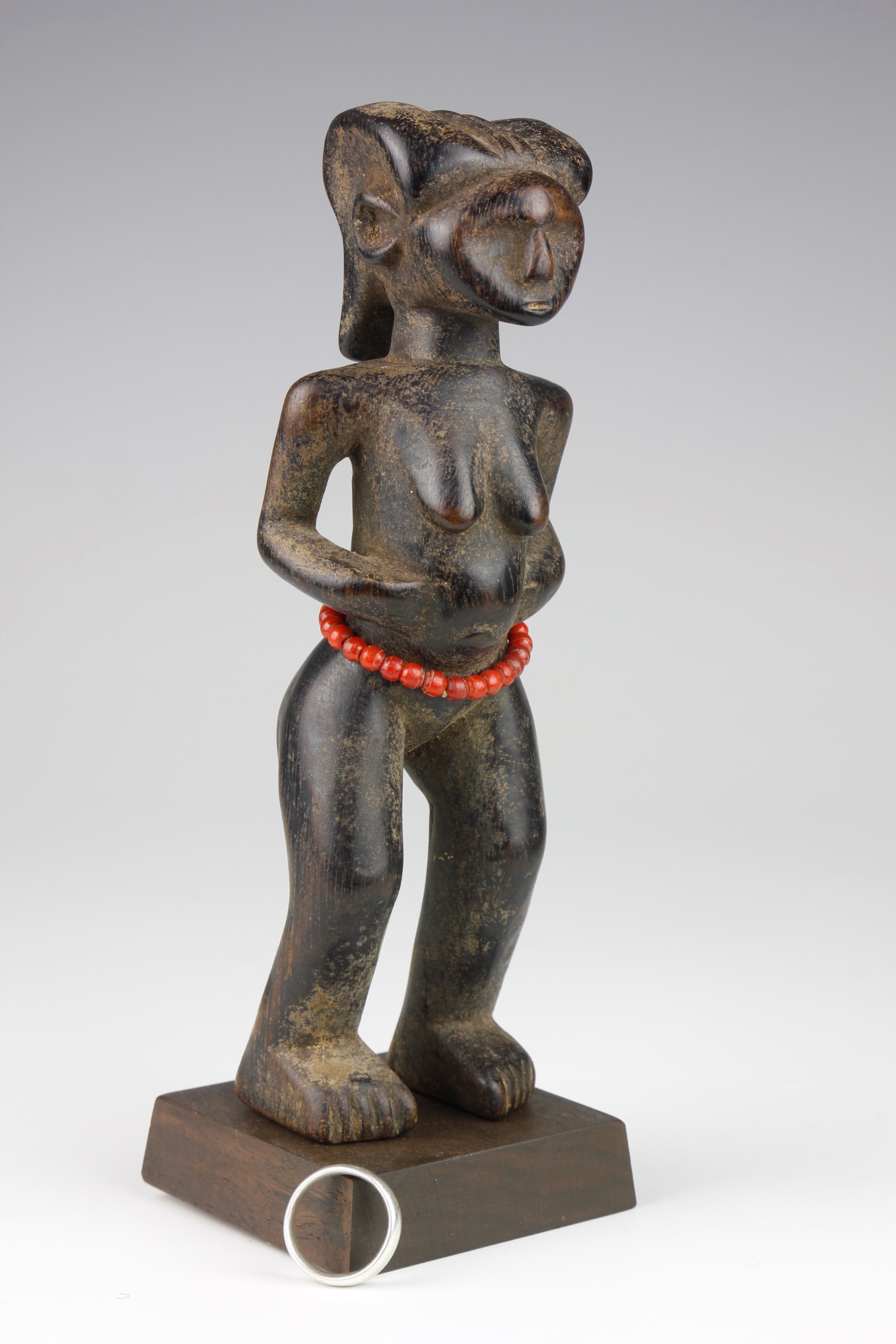 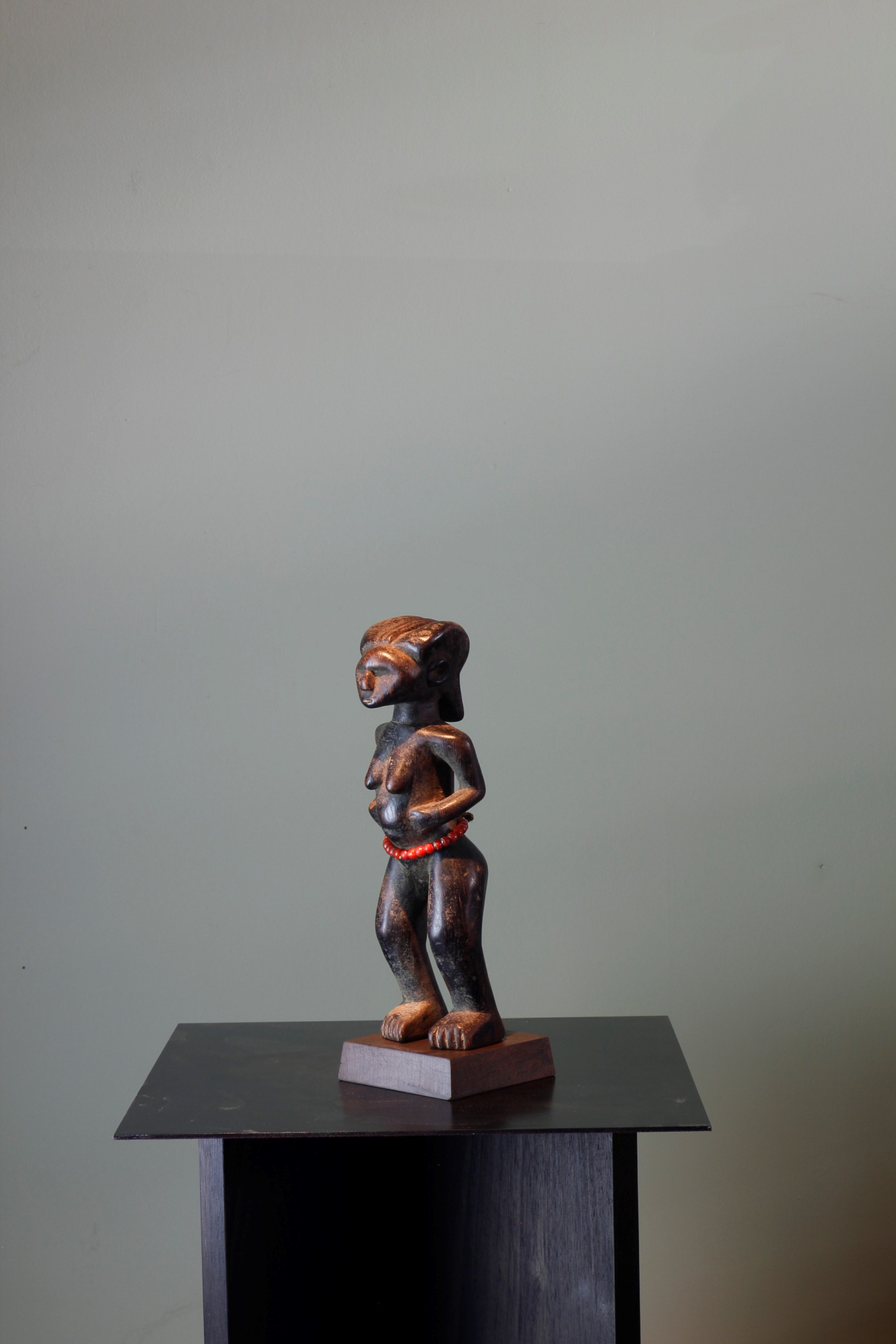 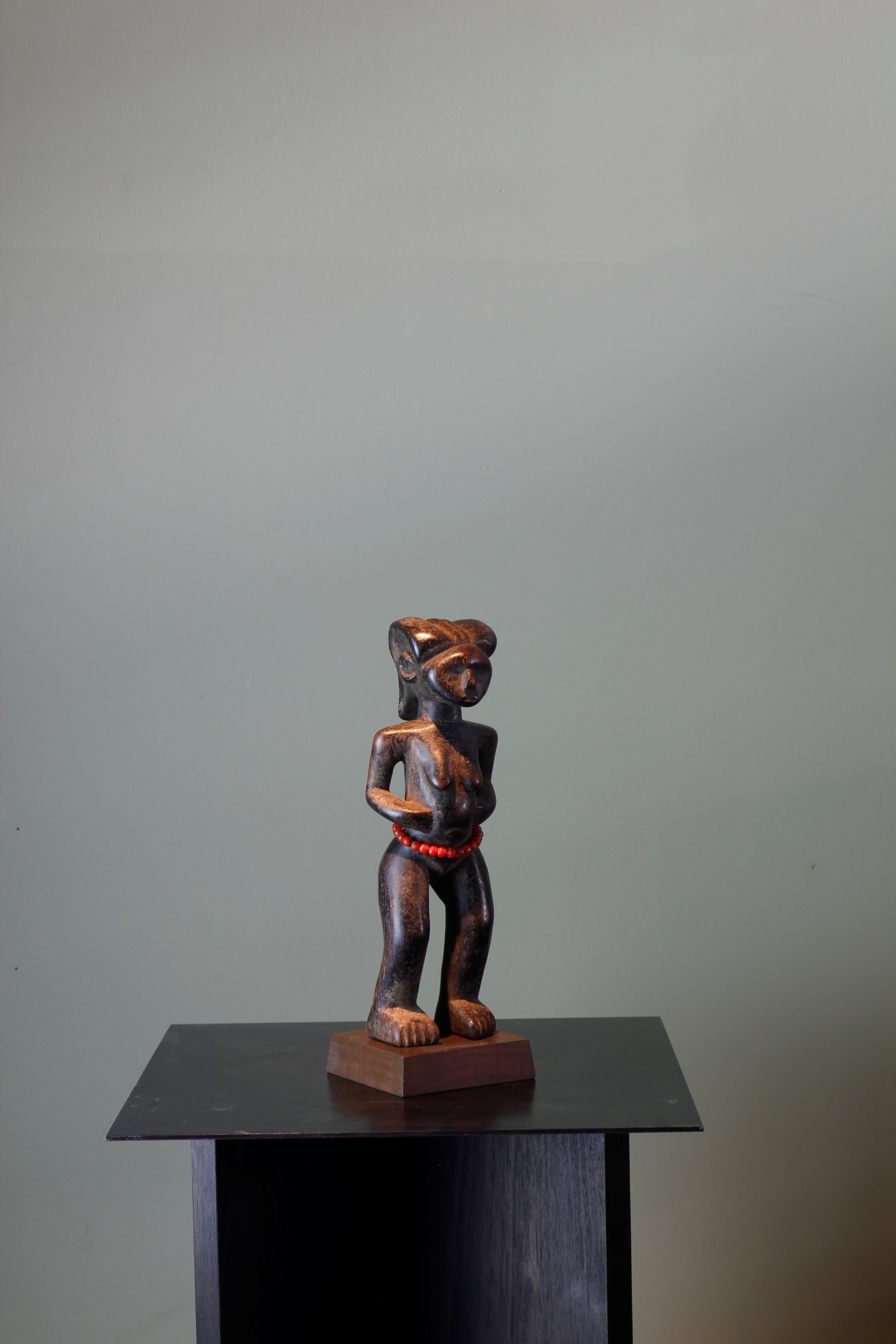 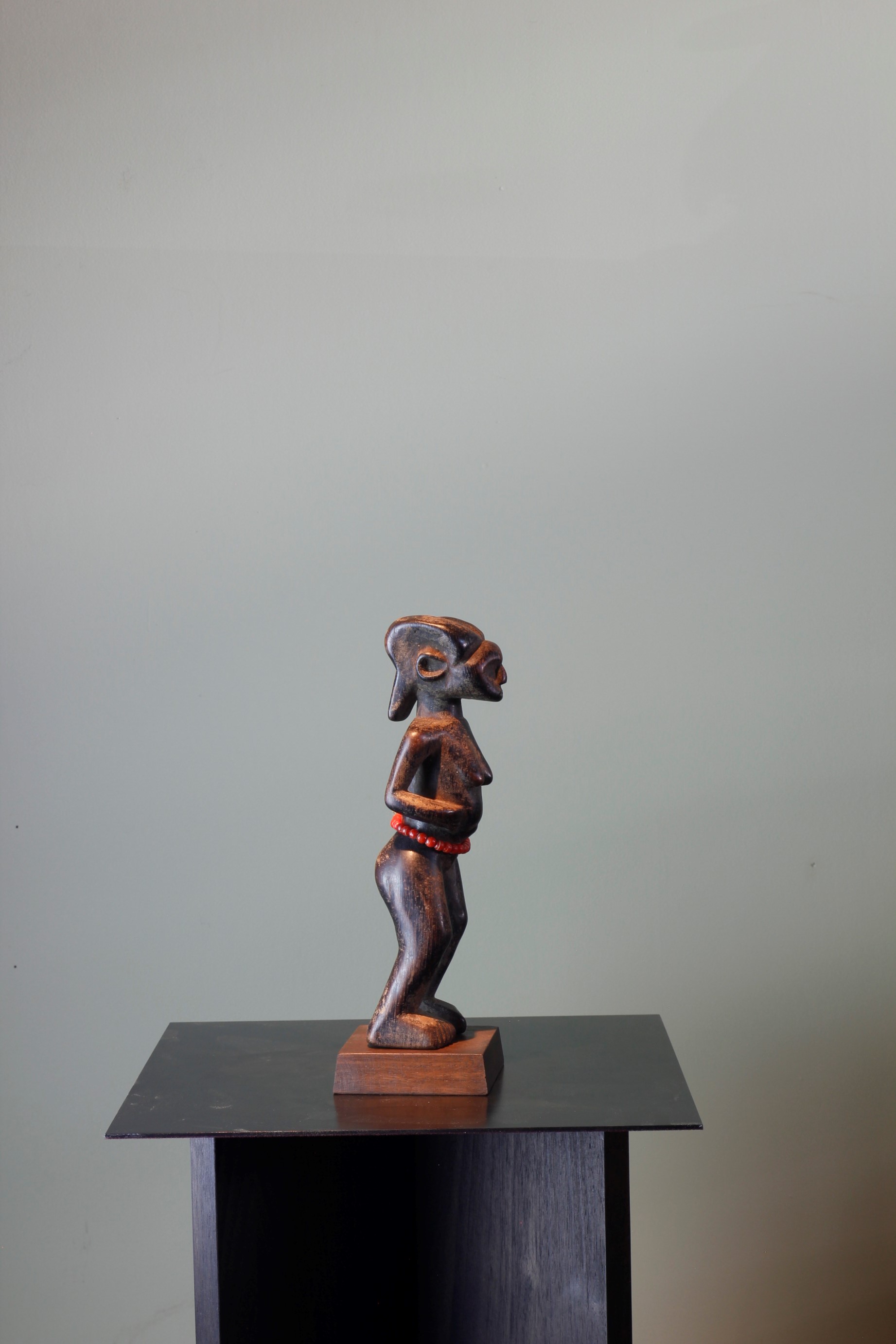 A finely carved female figure leaning slightly forward and with both her hands holding her stomach in a gesture of maternity. The figure is carved with a prominent sweeping hairstyle typically found amongst the Kwere culture along the Tanzanian coastal region. Adorning the mid rift of the figure is a stand of red glass beads.

The figure has a worn surface patina particularly around the head, shoulders and breasts where it would have been handled regularly over time. 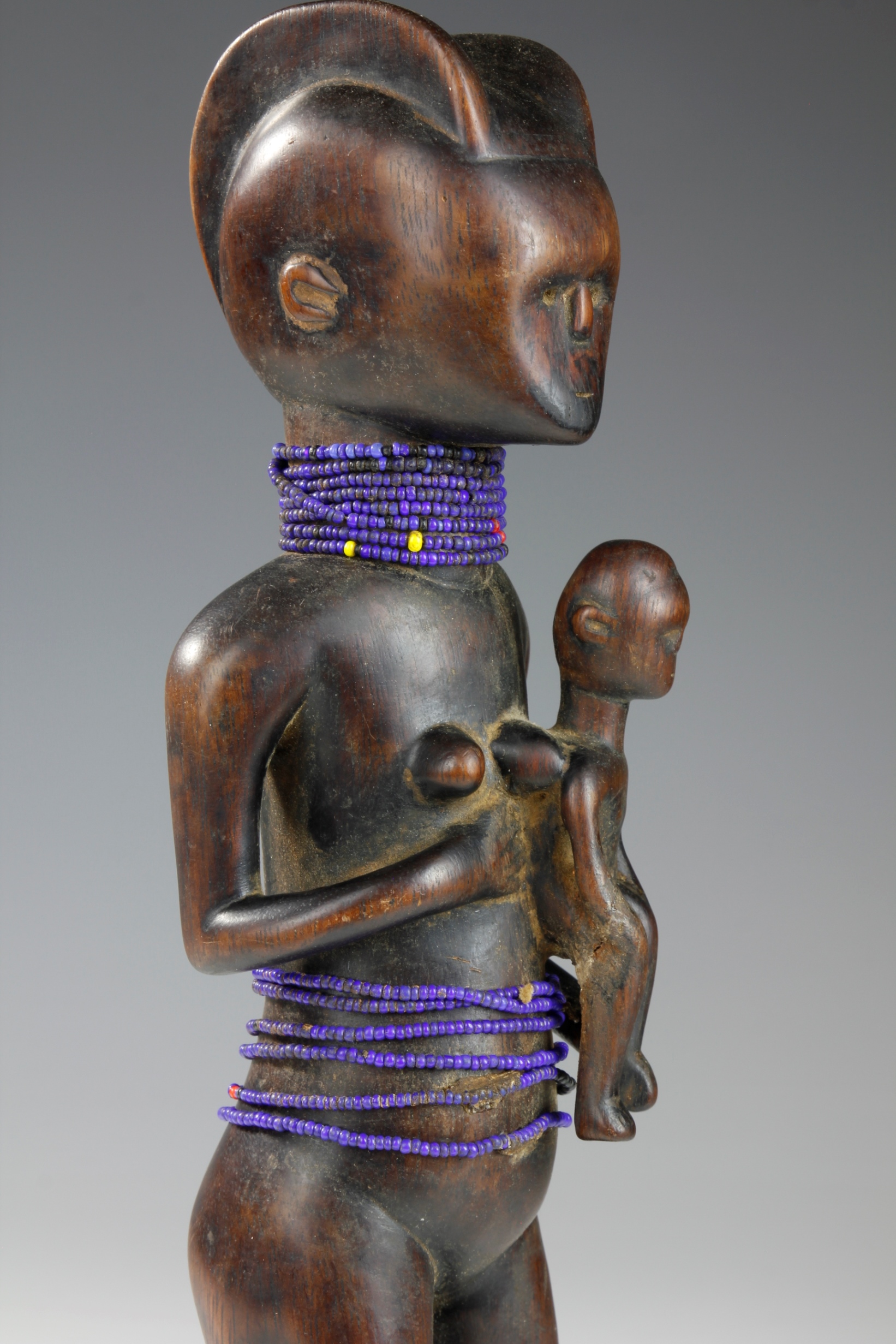