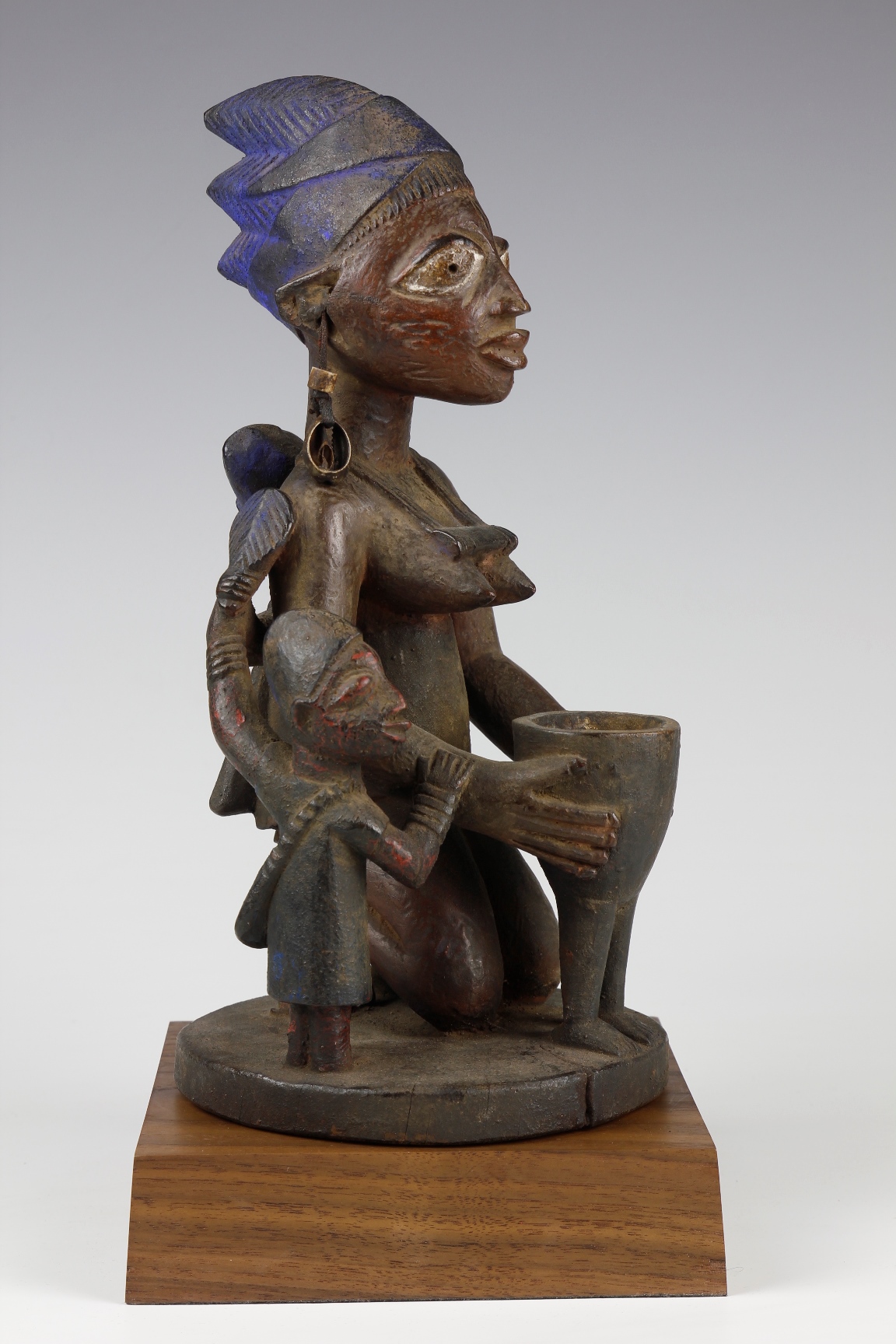 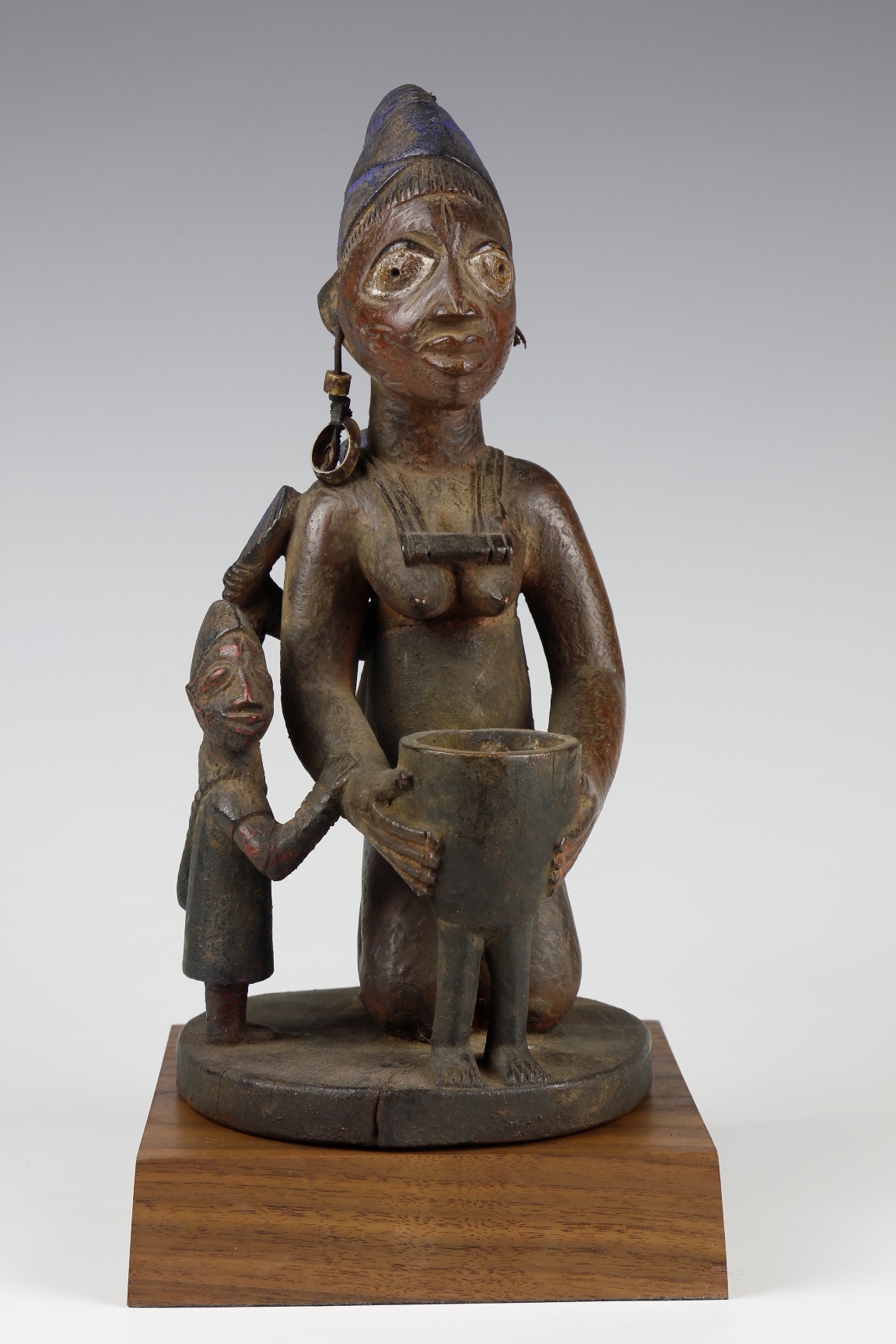 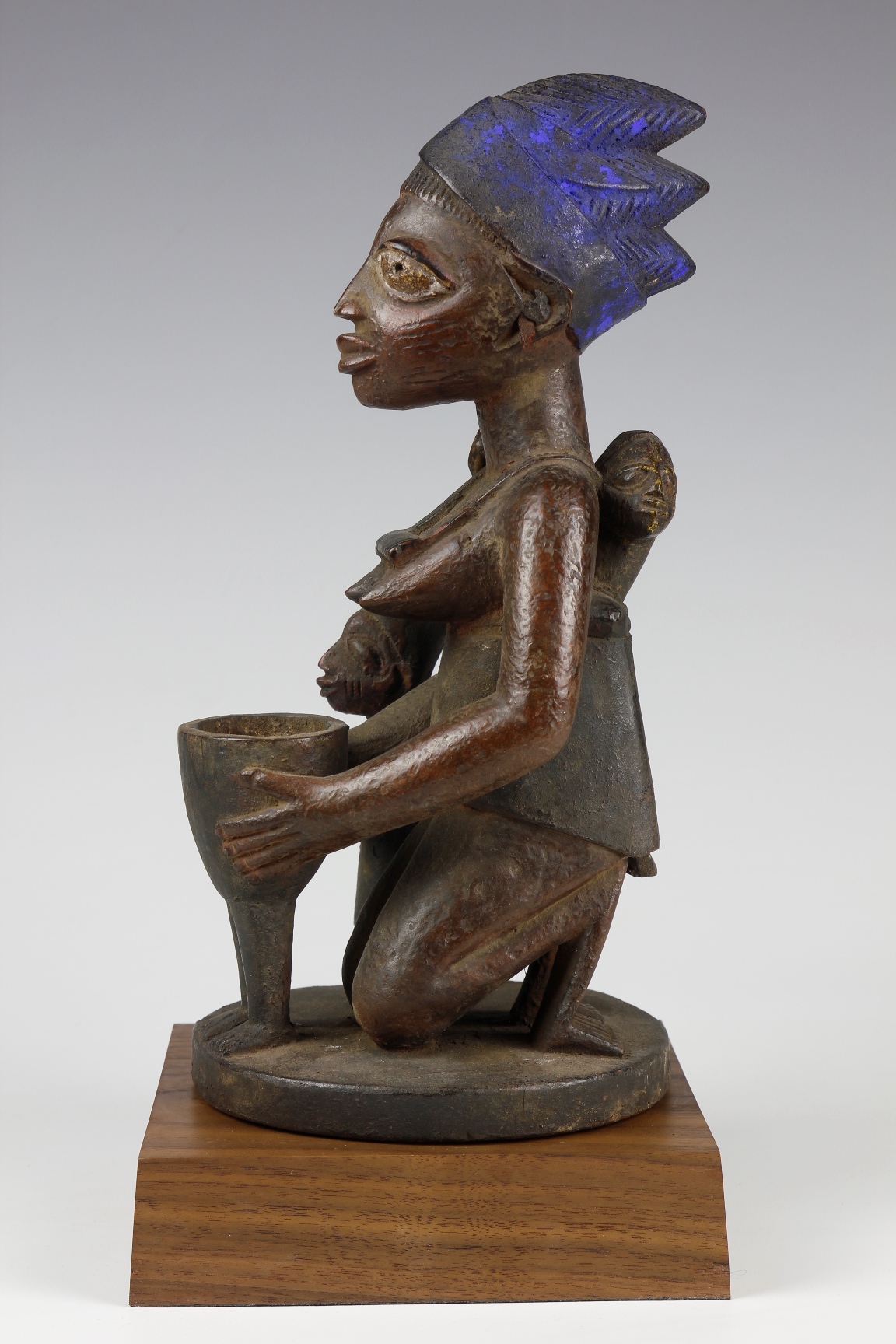 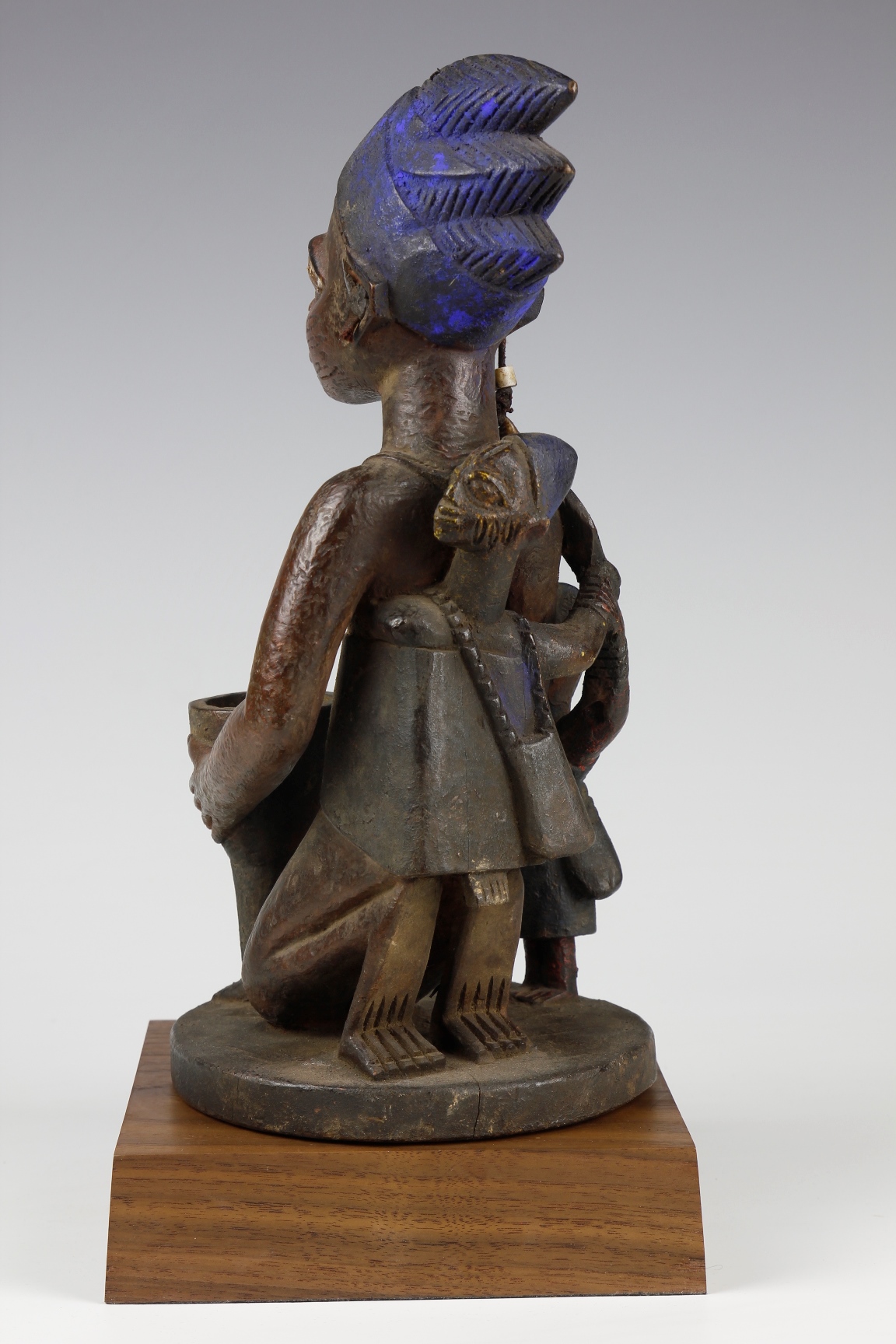 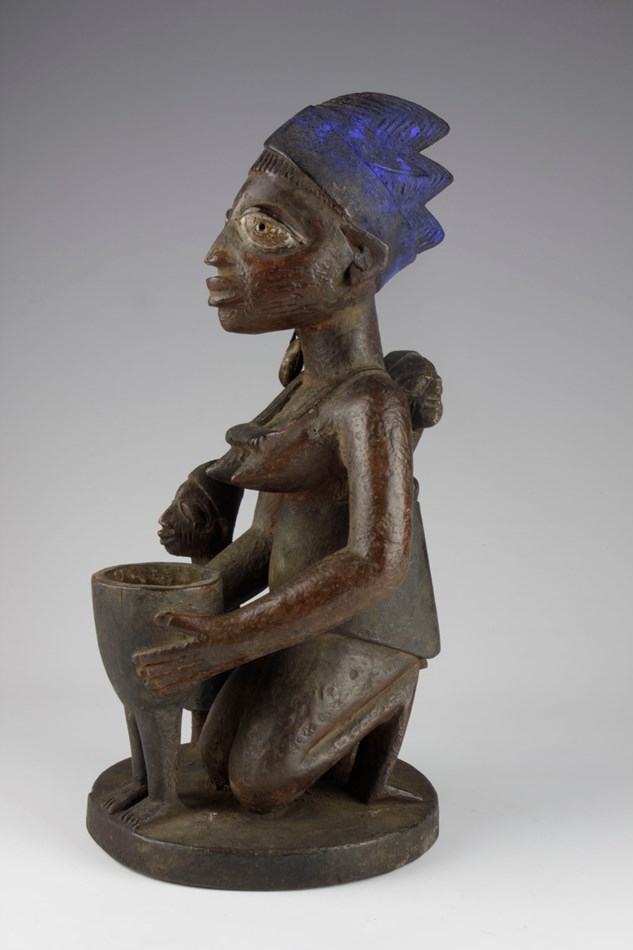 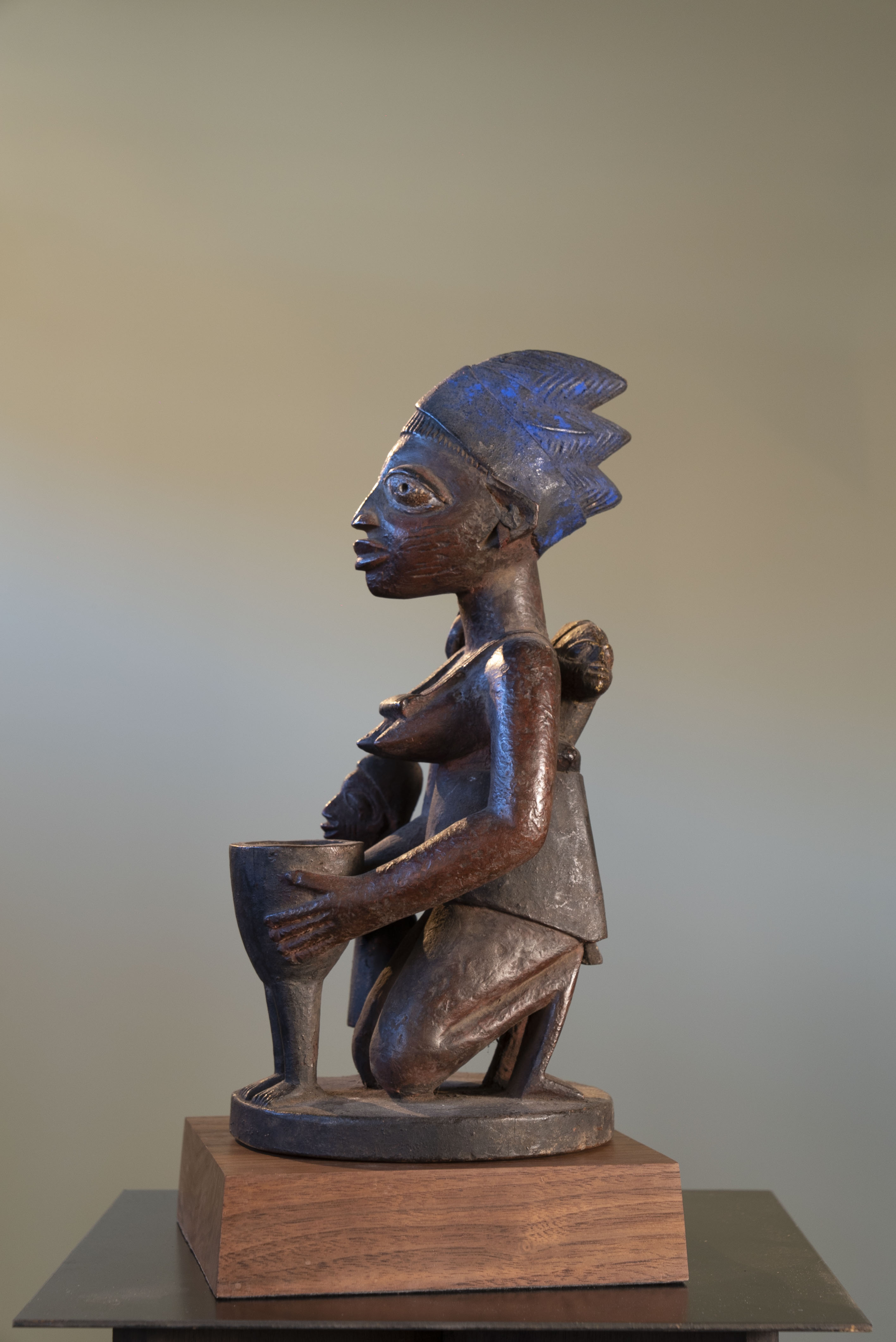 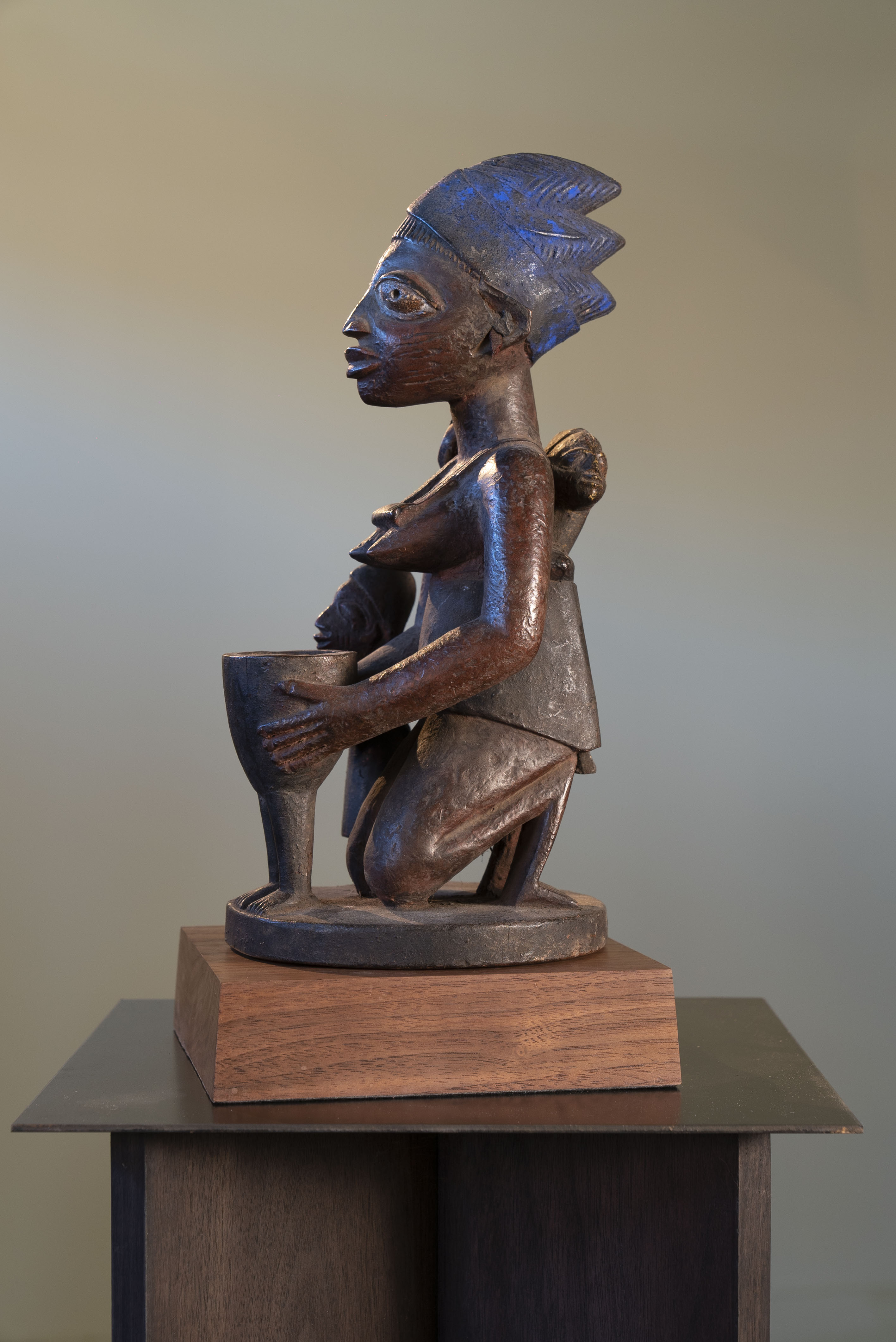 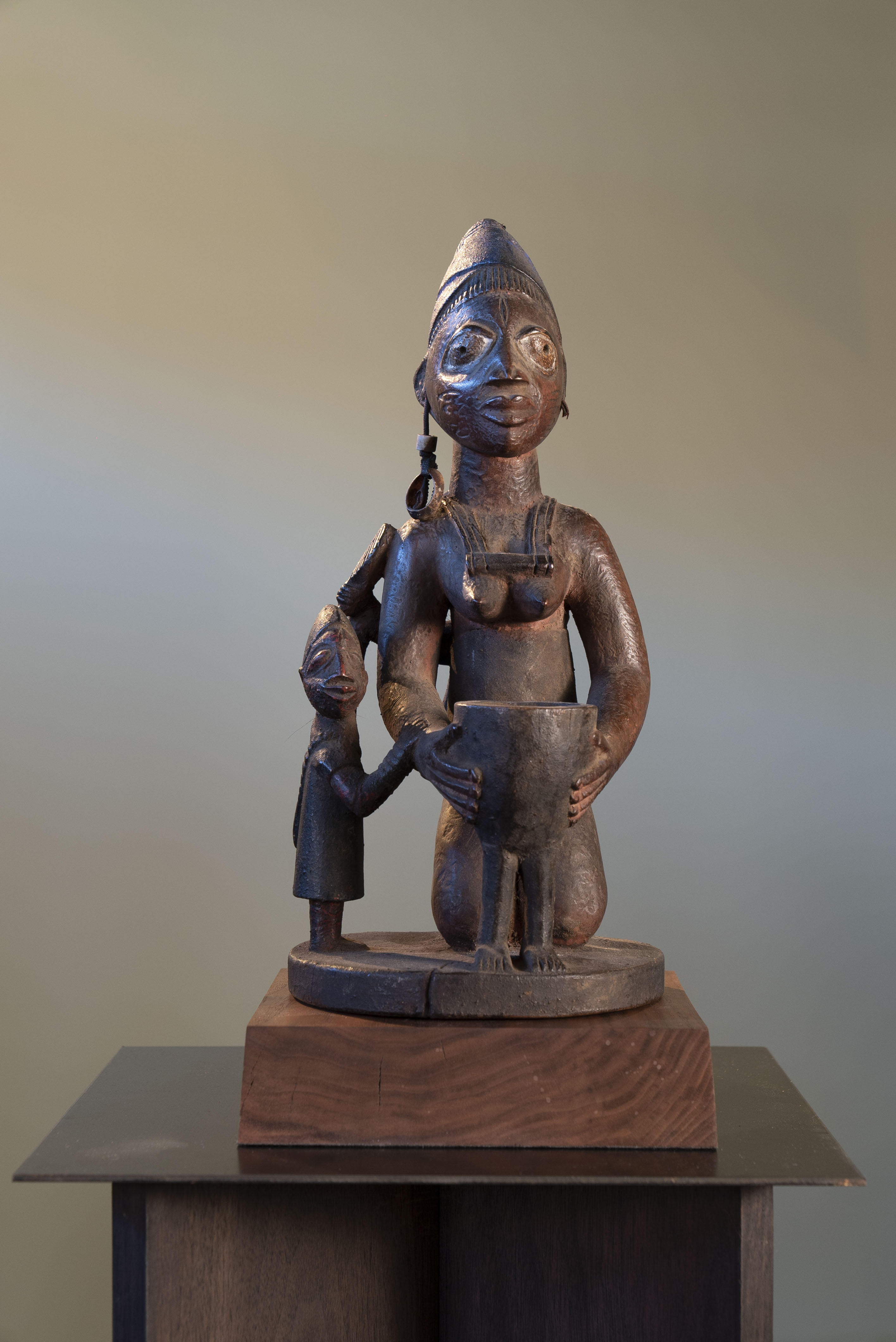 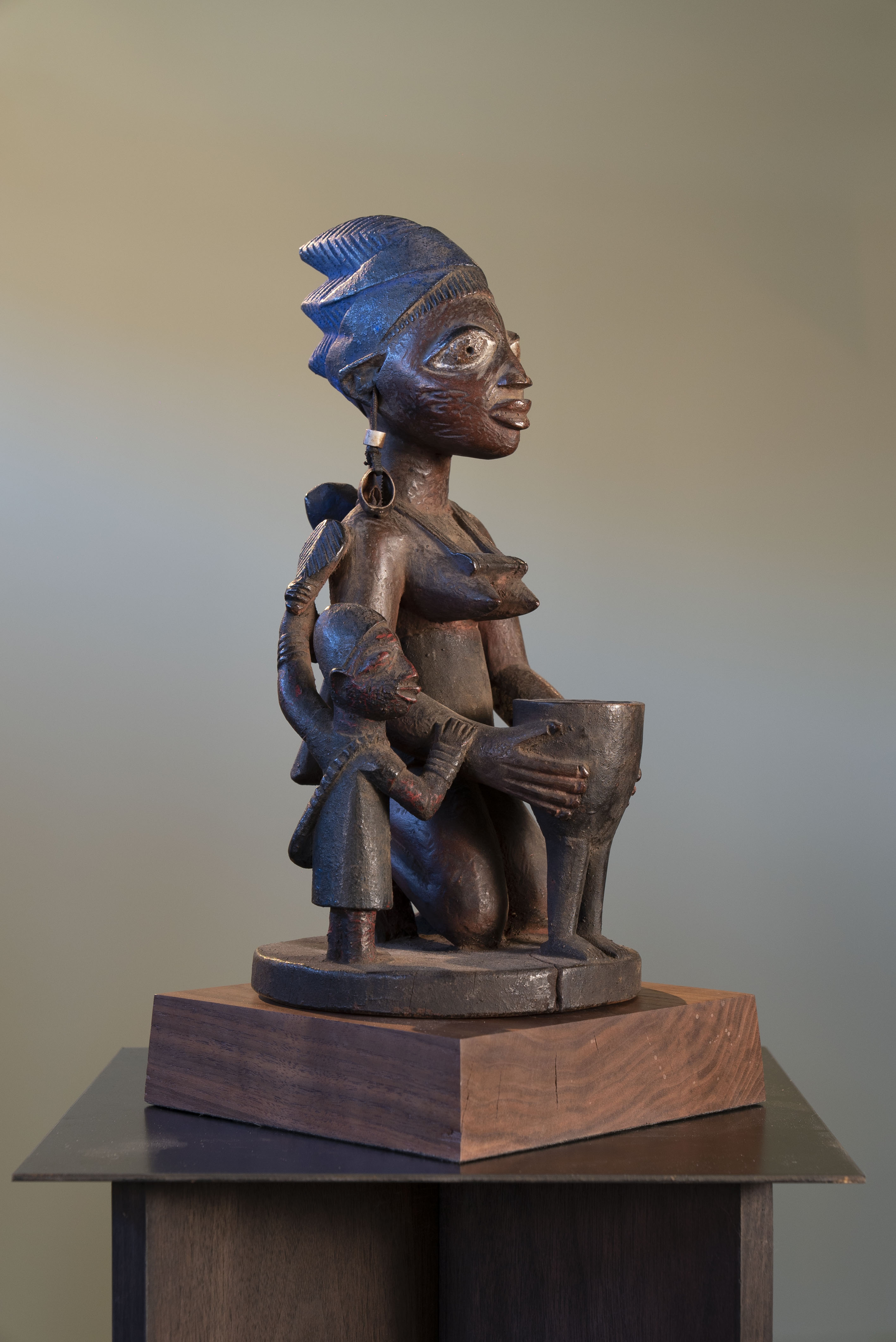 This figure depicts a kneeling mother holding a two-legged offering bowl. One child is strapped to her back. Another child, standing by her side, reaches up to hold her arm. Her head is adorned with a three-pronged coiffure which bears traces of Reckitt’s Blue. 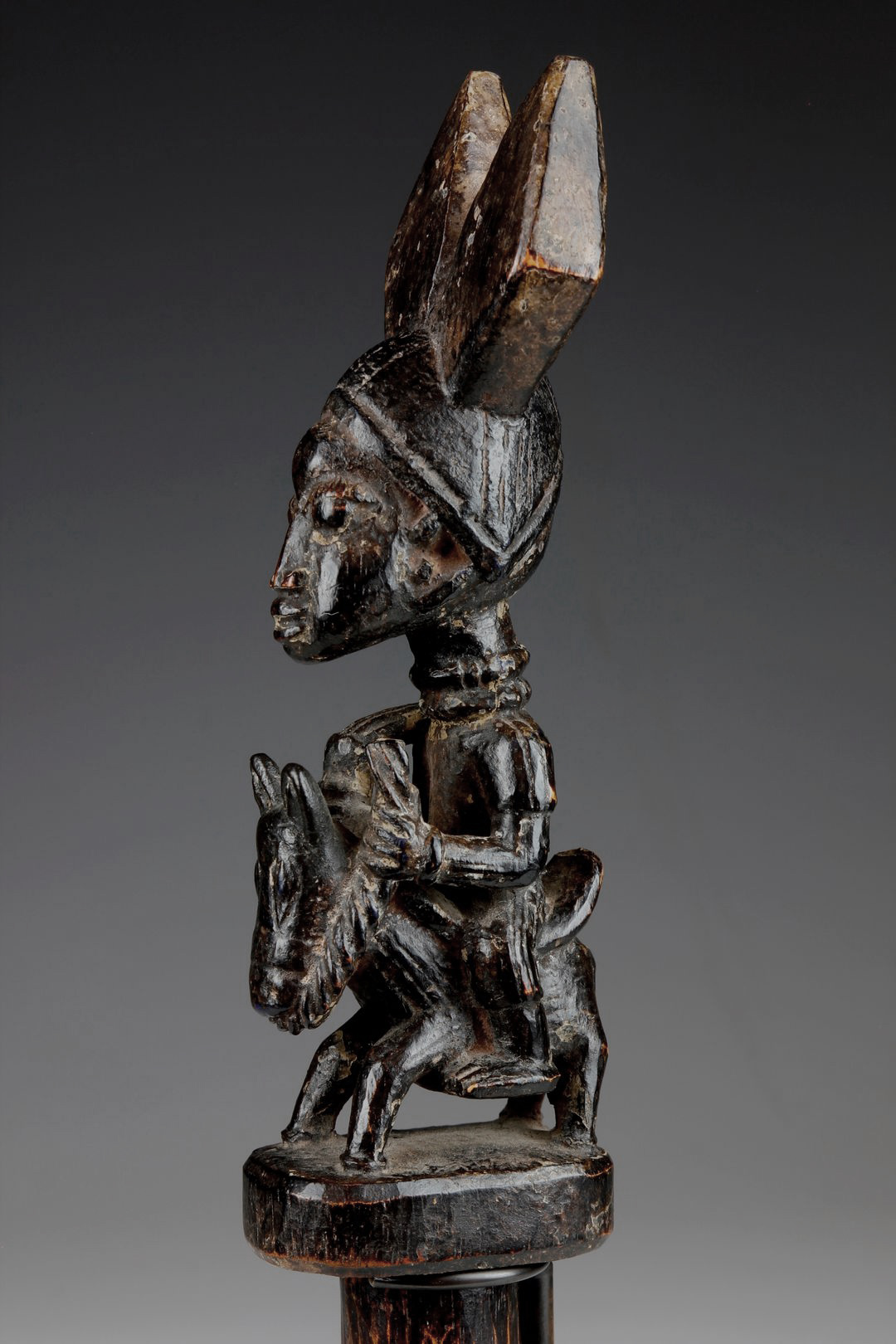