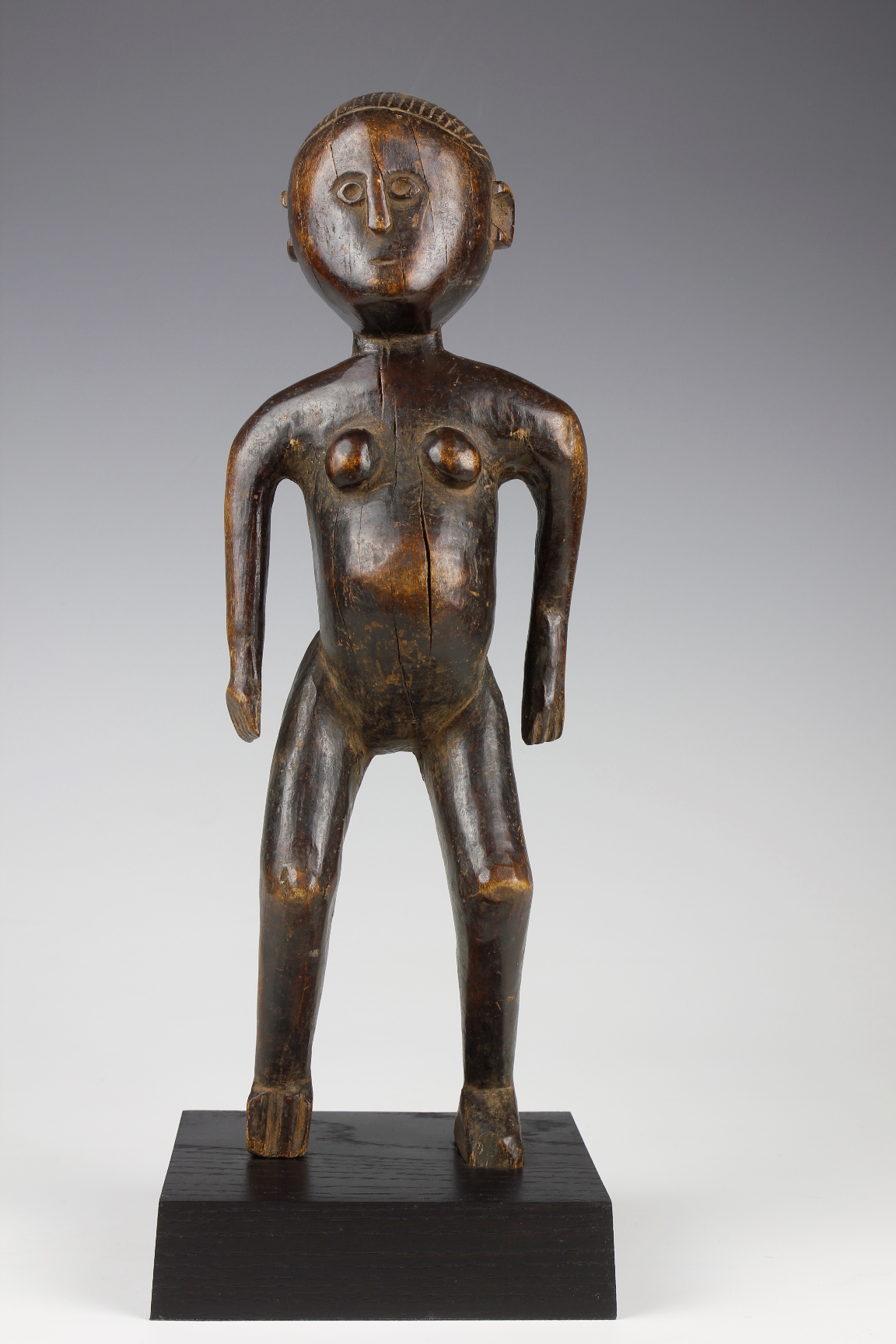 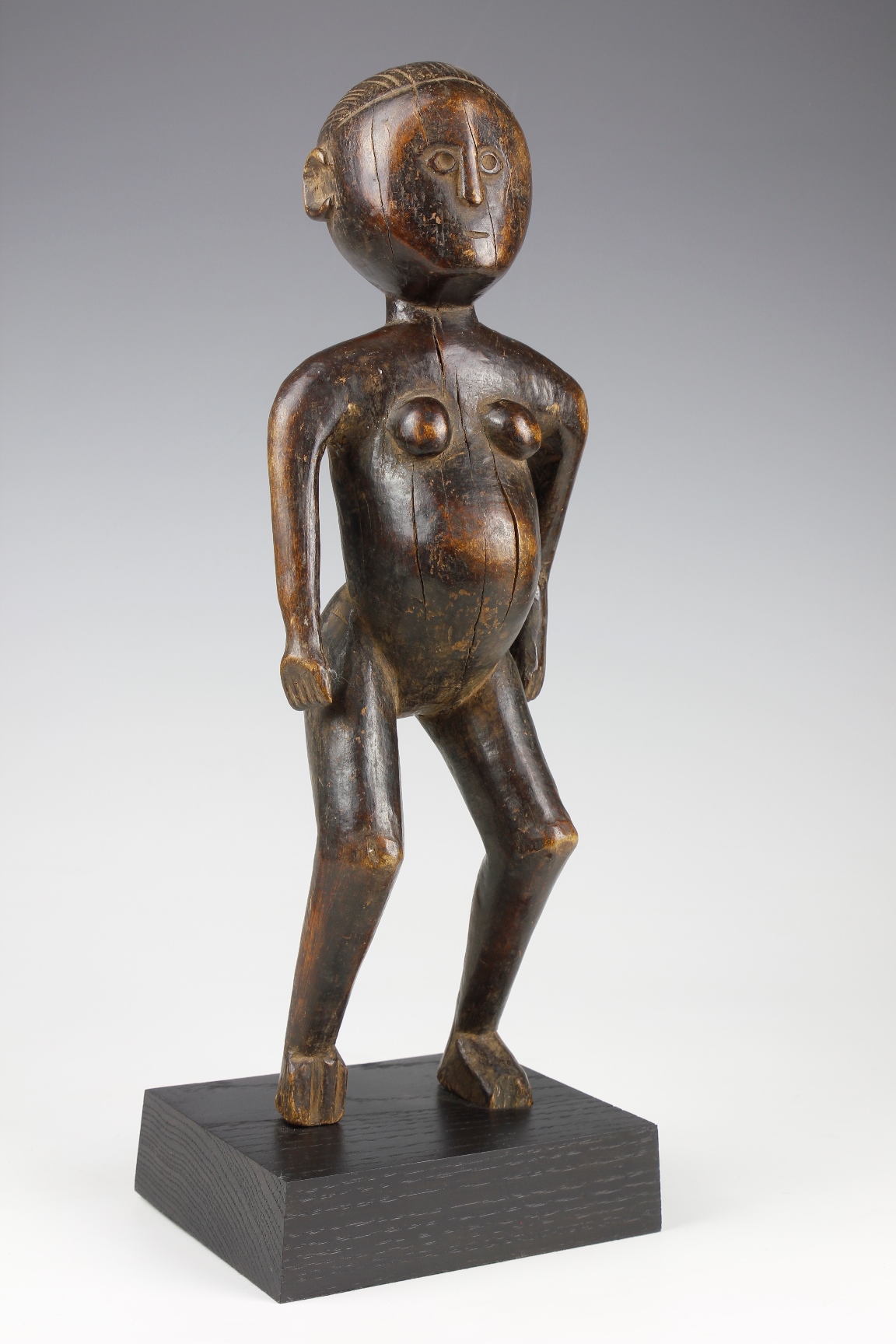 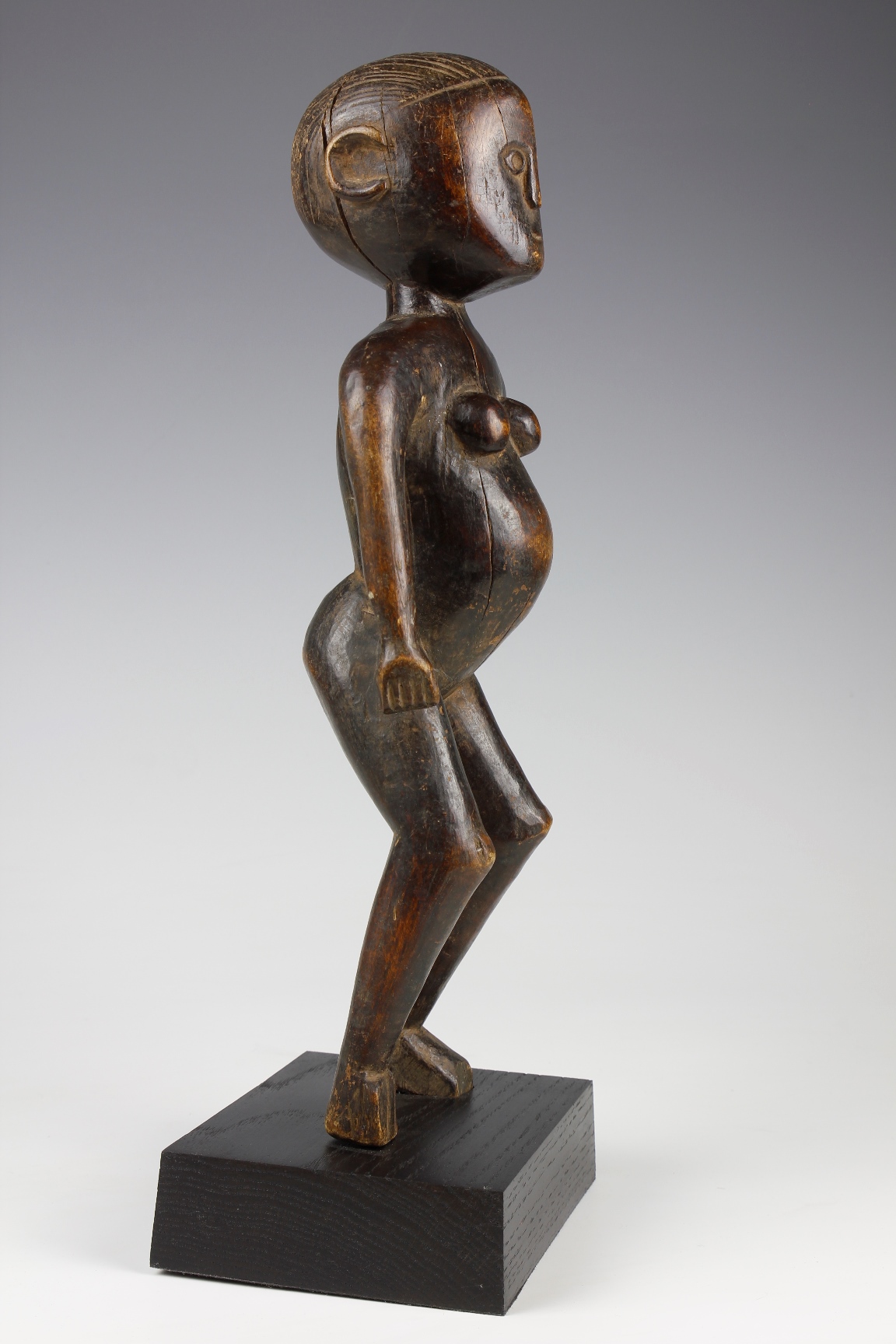 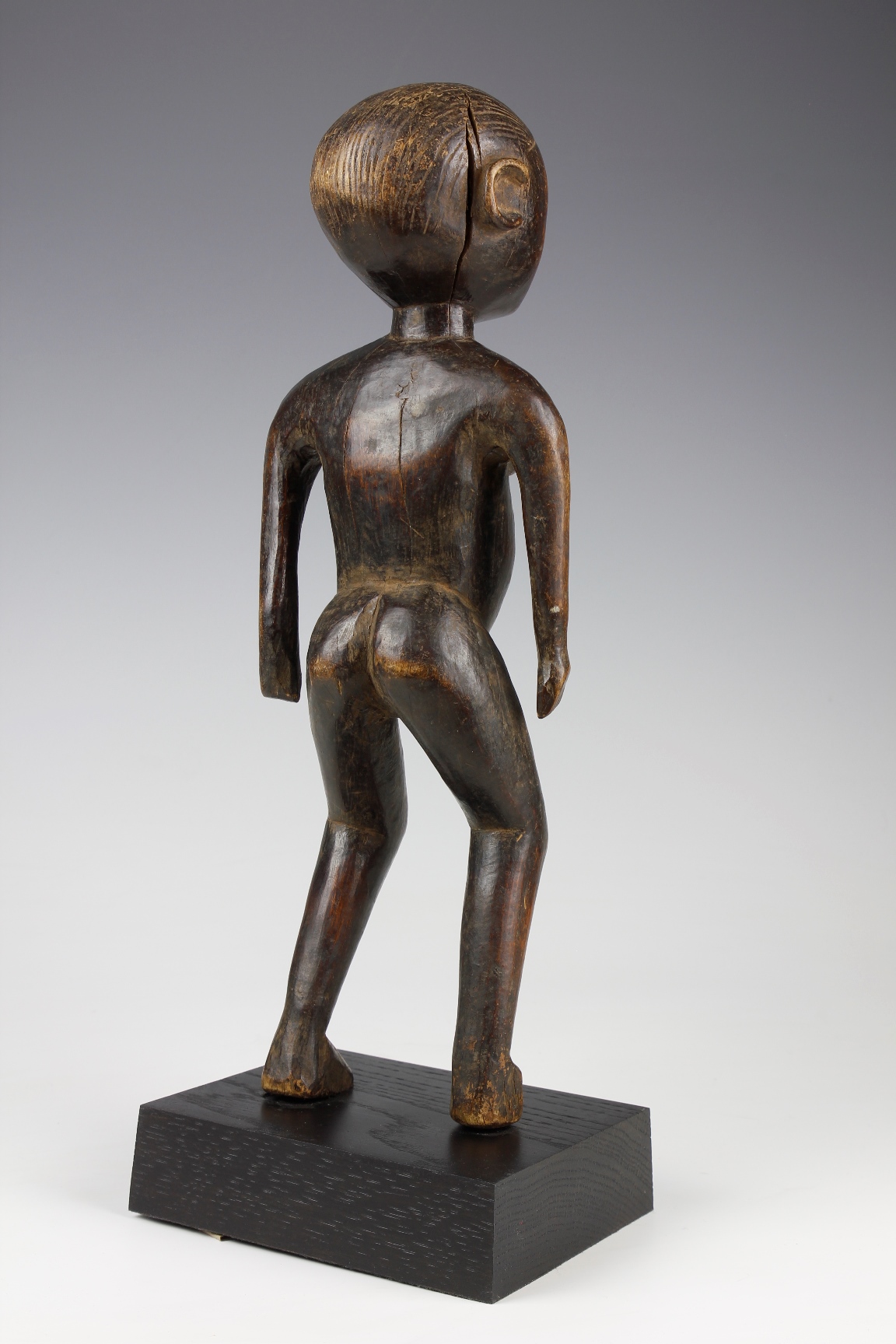 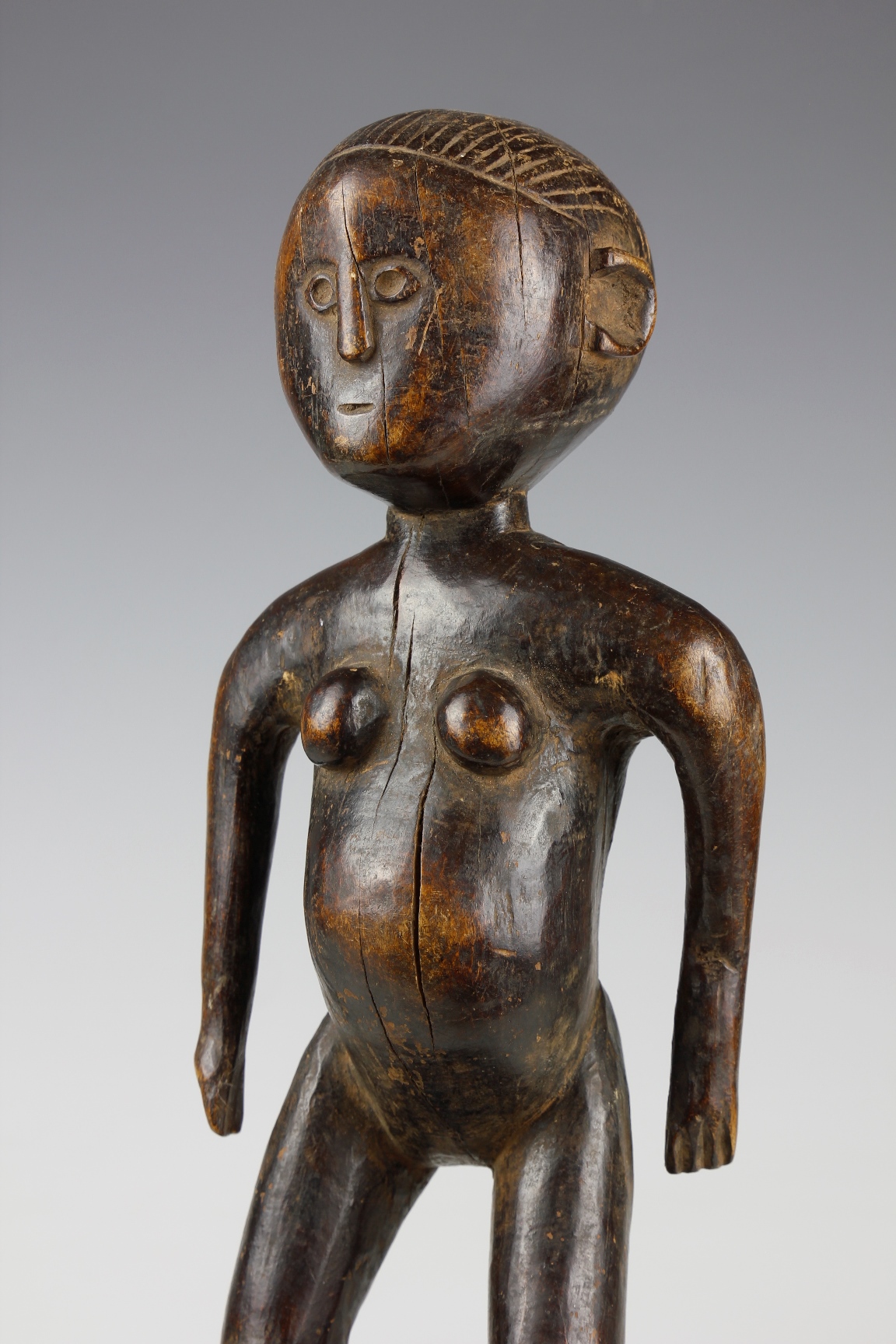 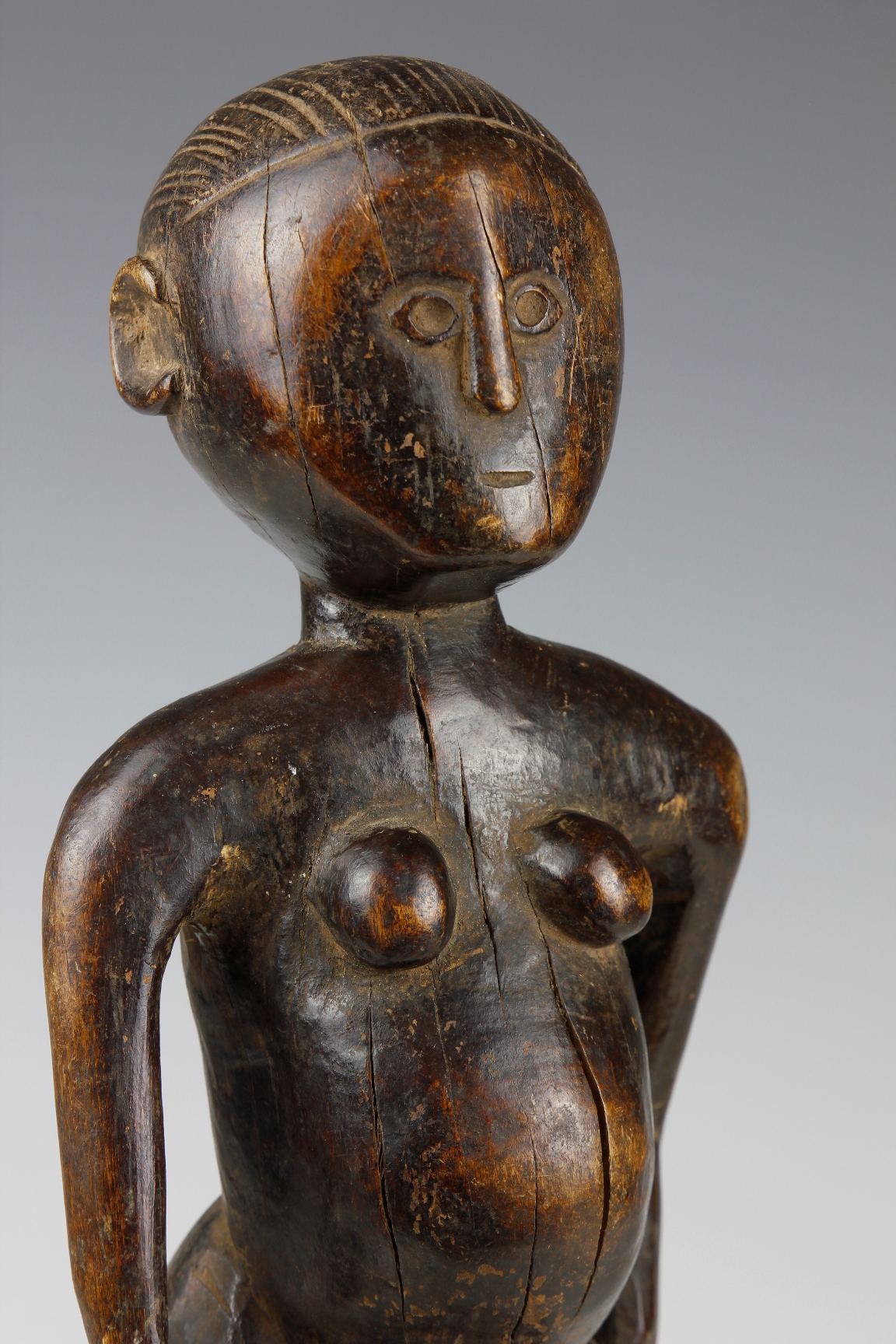 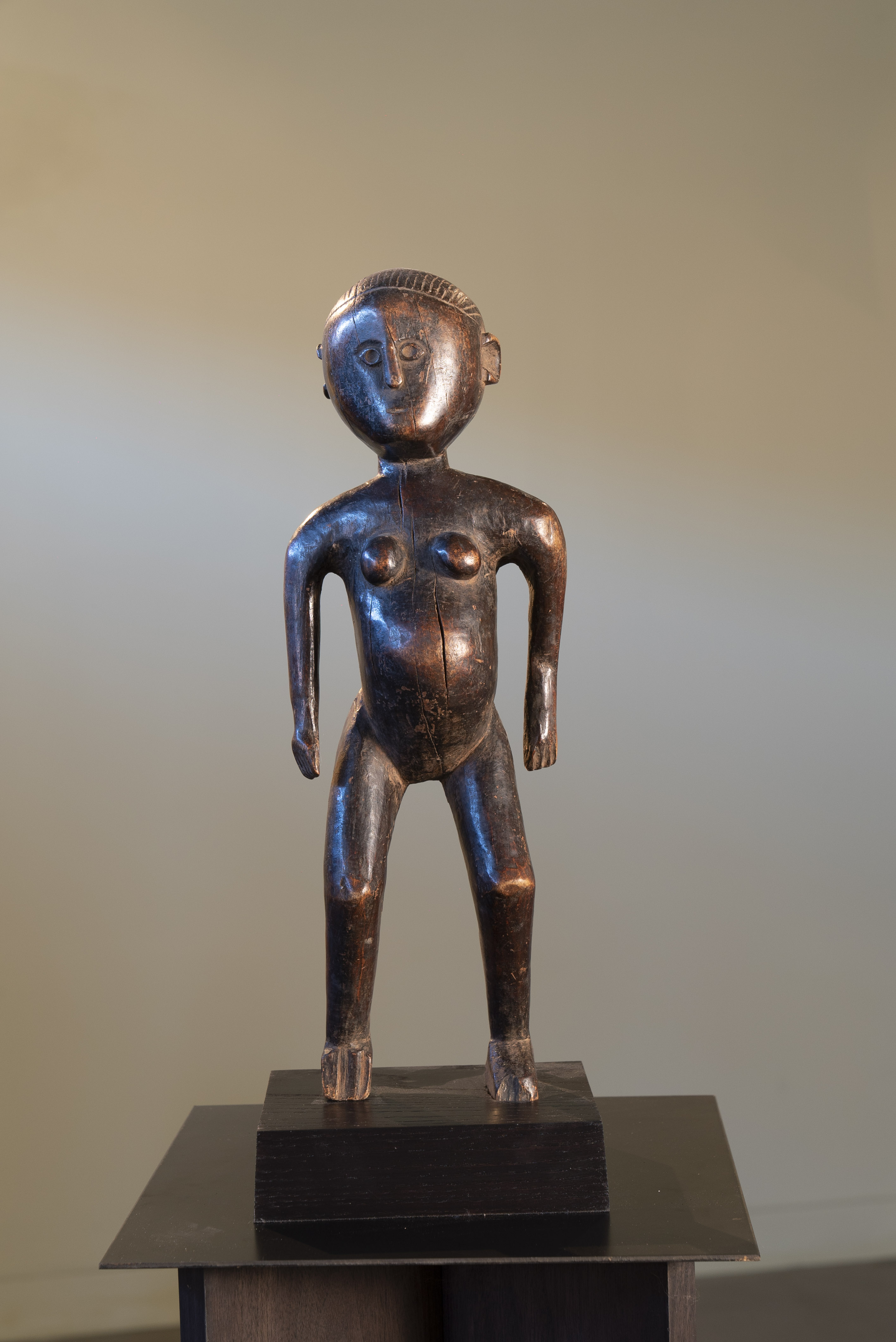 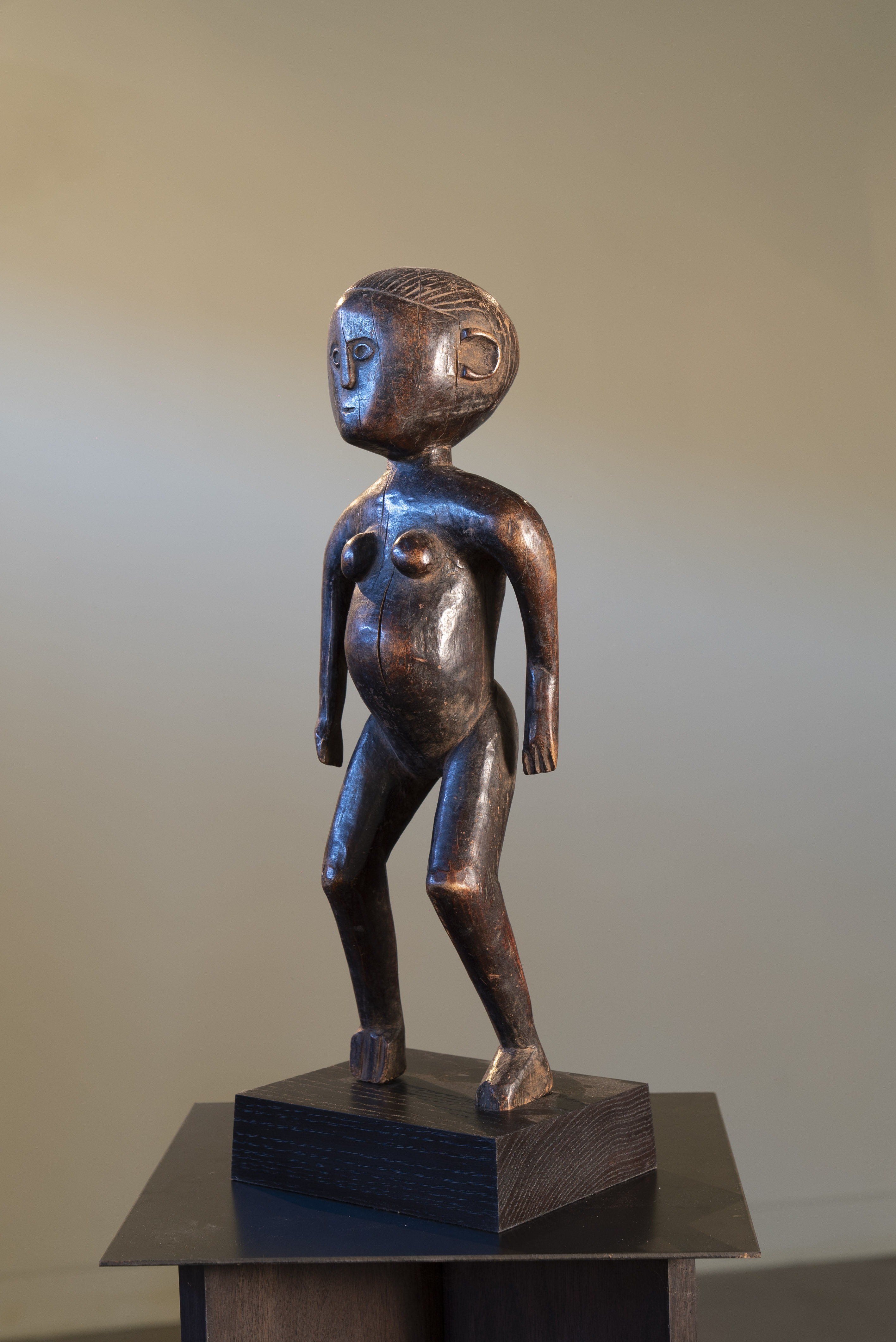 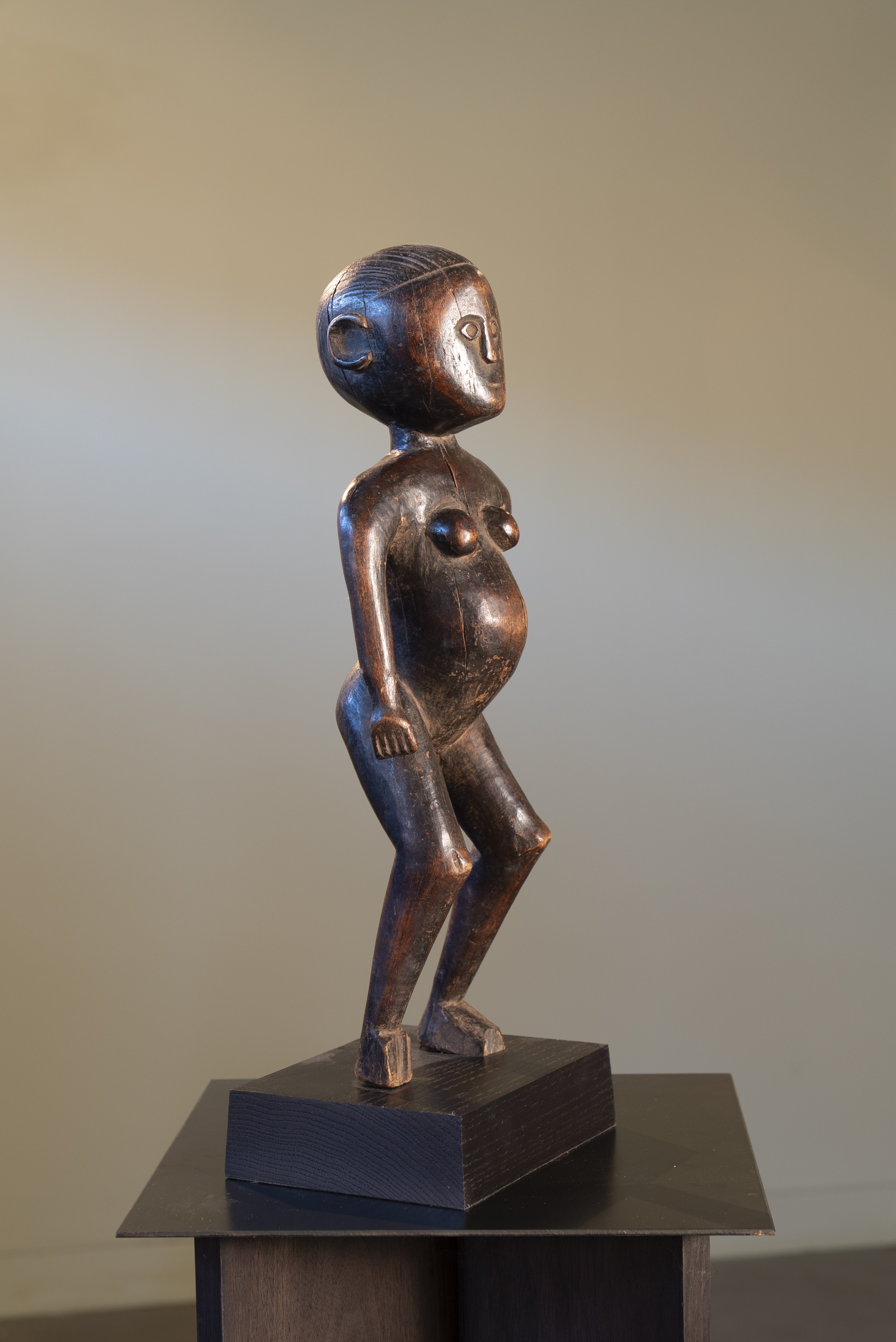 This Fipa female figure exhibits a great sense of dynamism and movement. With its bent legs, and one foot raised slightly off the ground, the figure appears to be dancing.

Wooden figures of the Fipa culture are rarer to find. The Fipa live on both shores of Lake Tanganyika, on the Tanzanian side and that of the Democratic Republic of the Congo. The figure exhibits similar stylistic characteristics –particularly in the representation of the coiffure – found in the figurative sculpture by the Fipa’s neighbours, the Tabwa of eastern DRC. 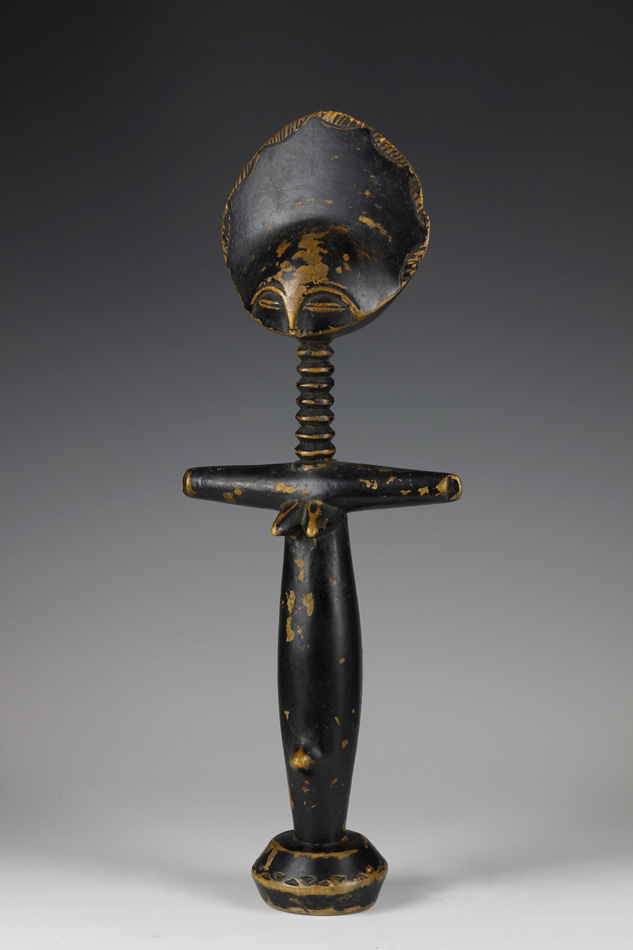 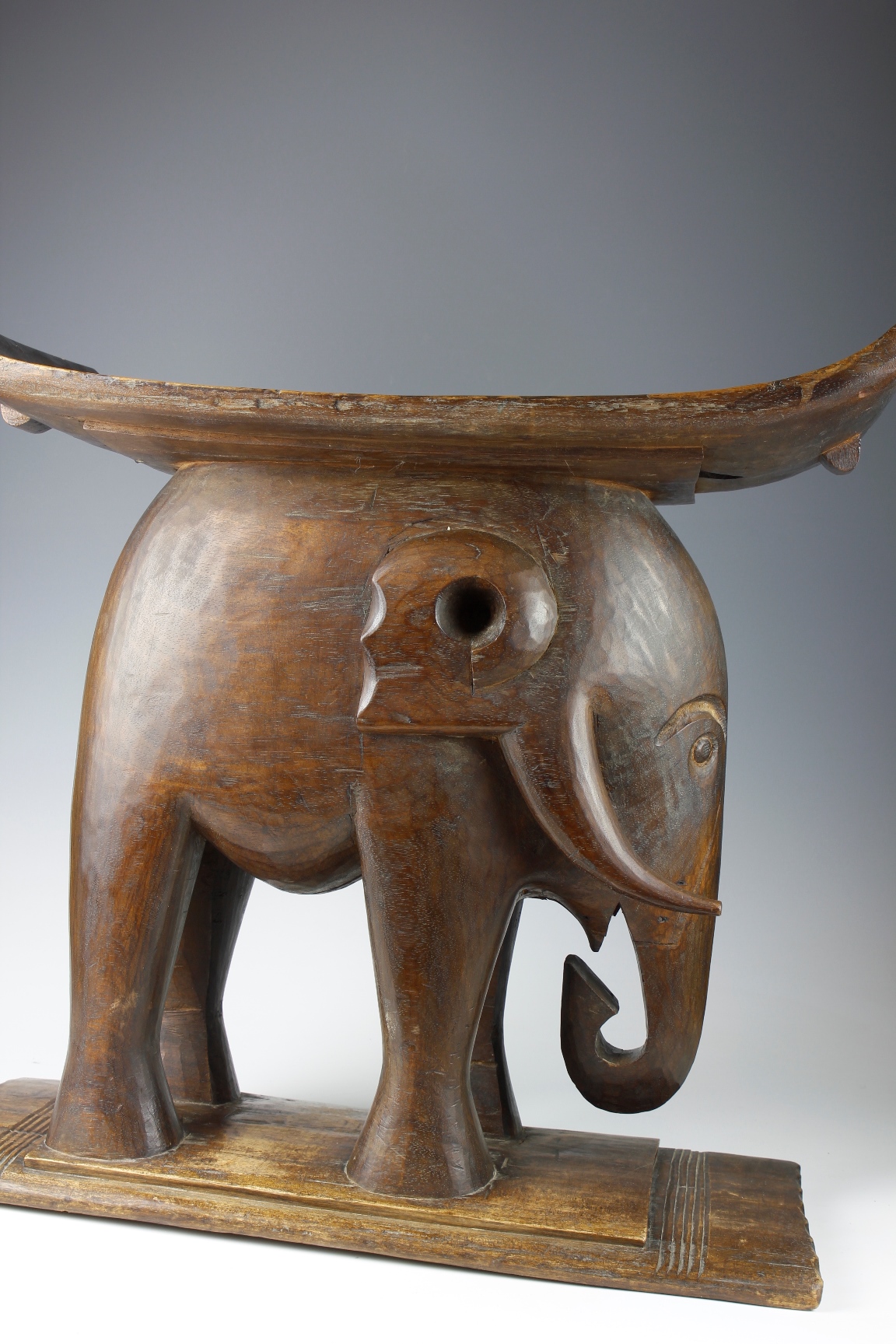 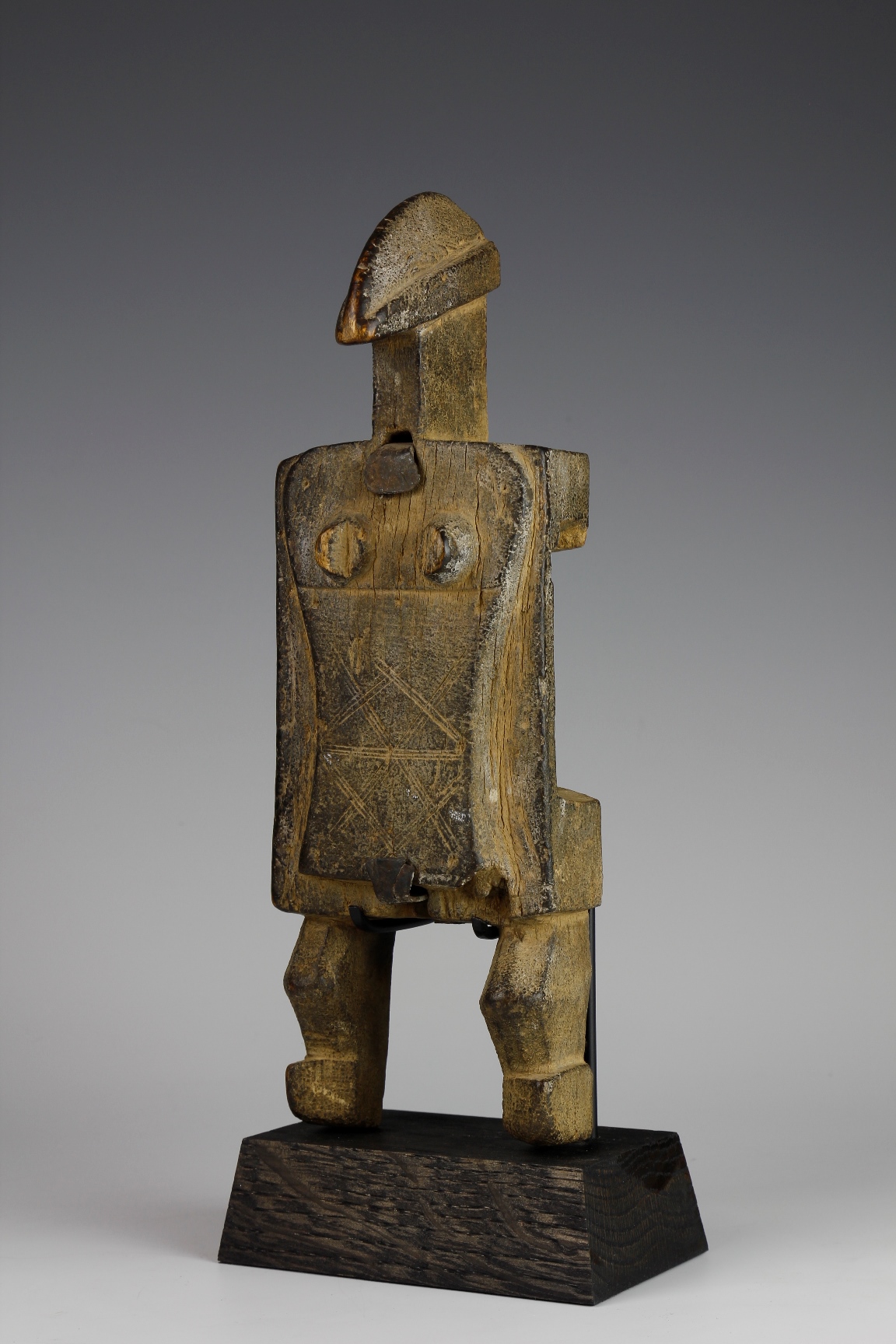 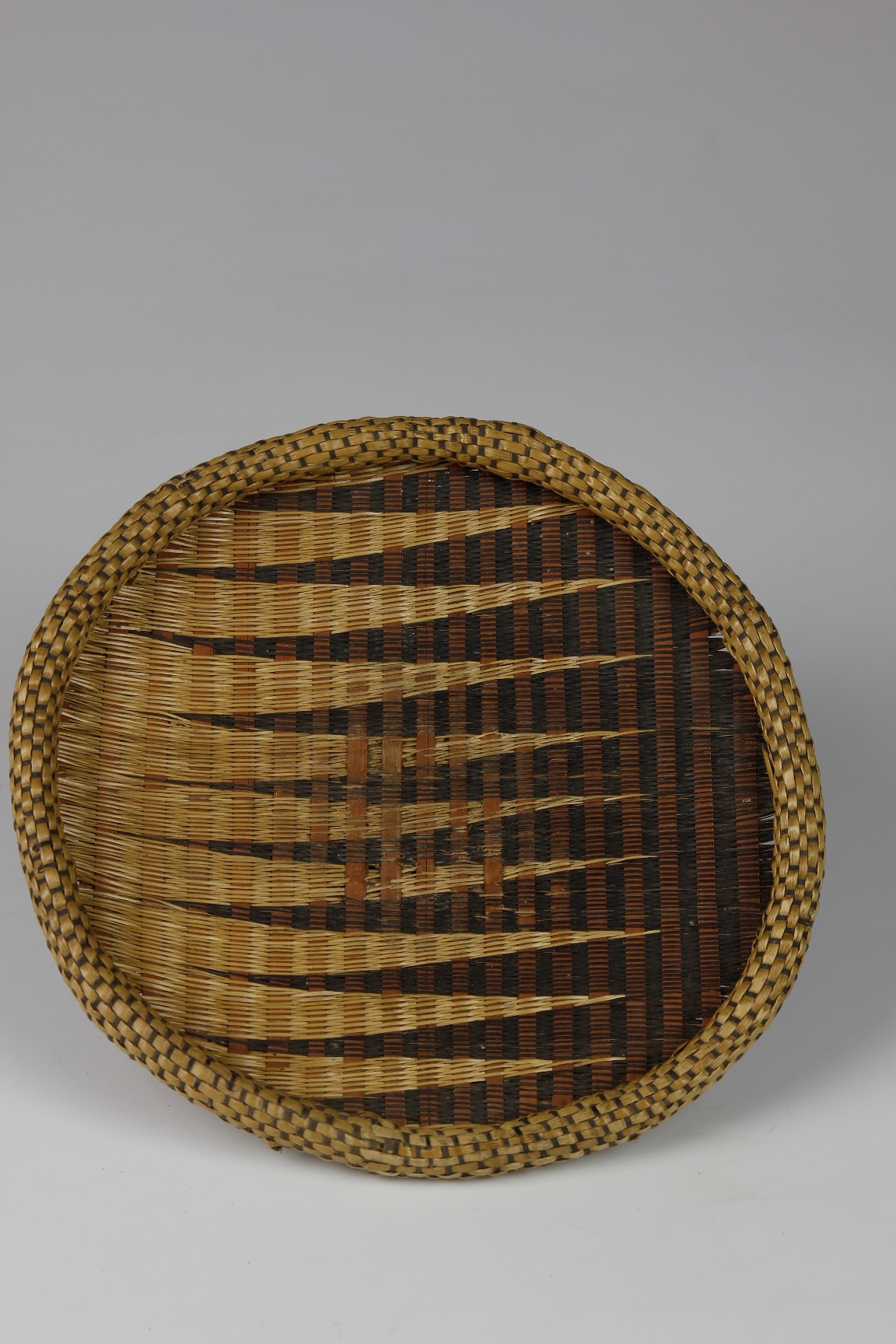