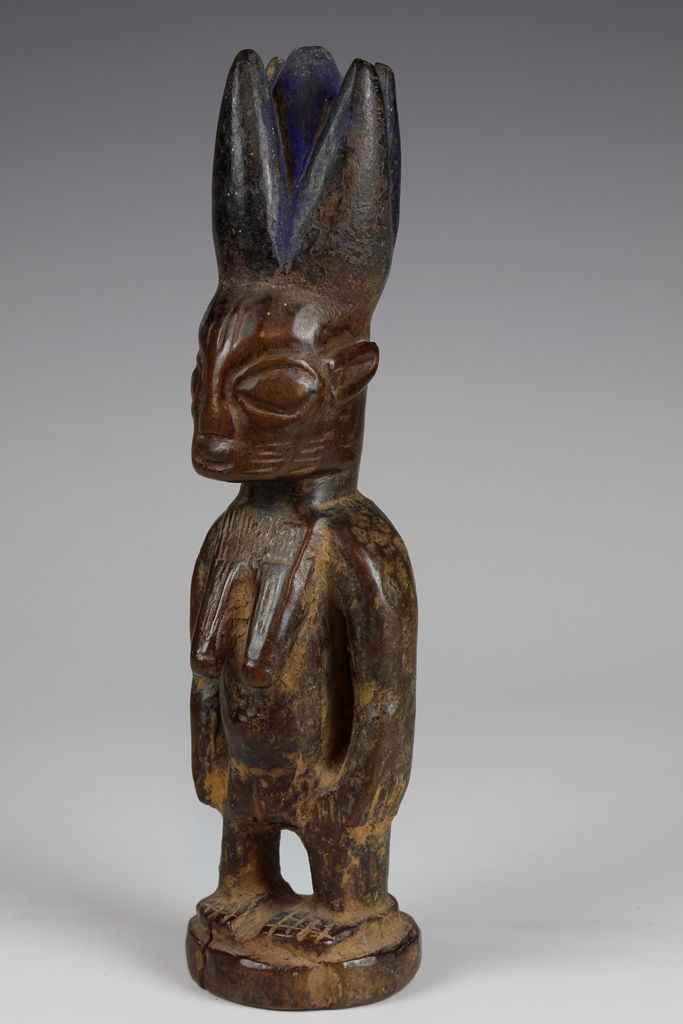 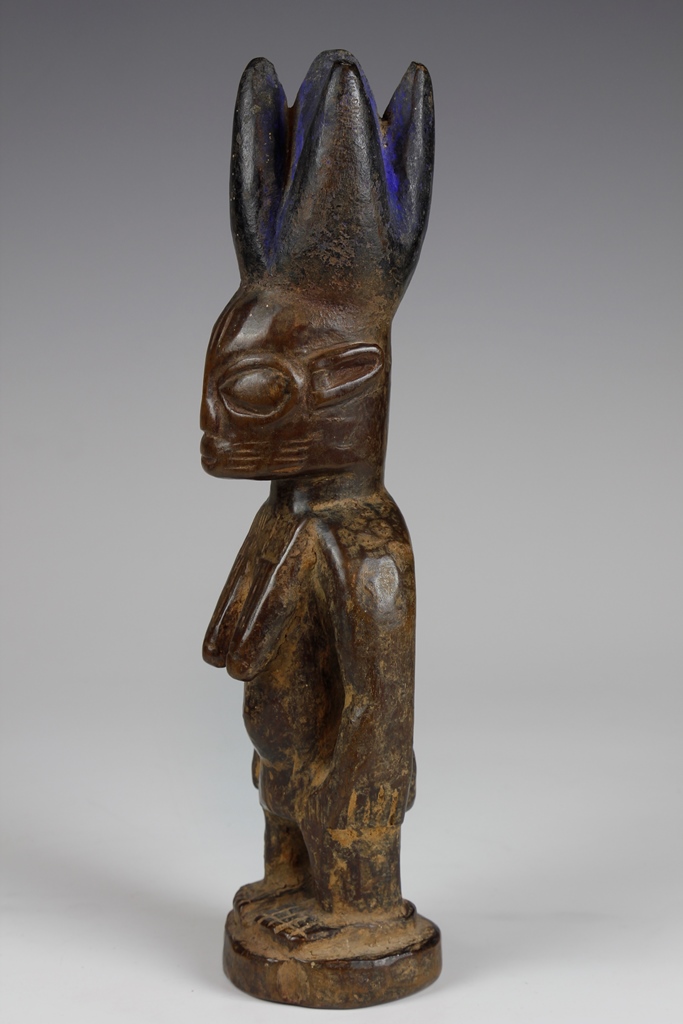 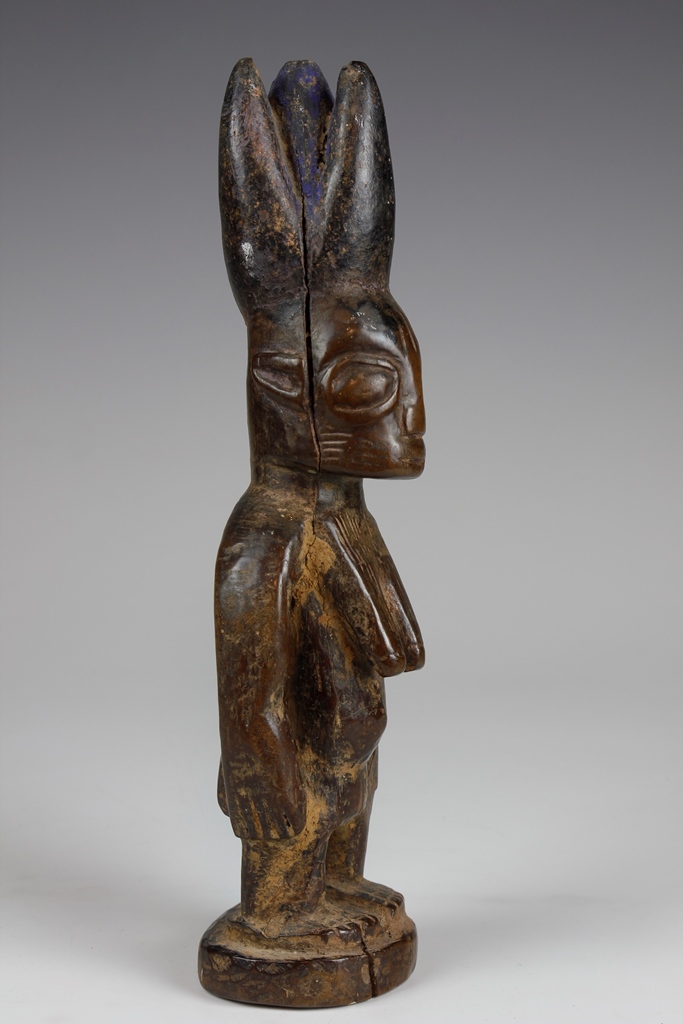 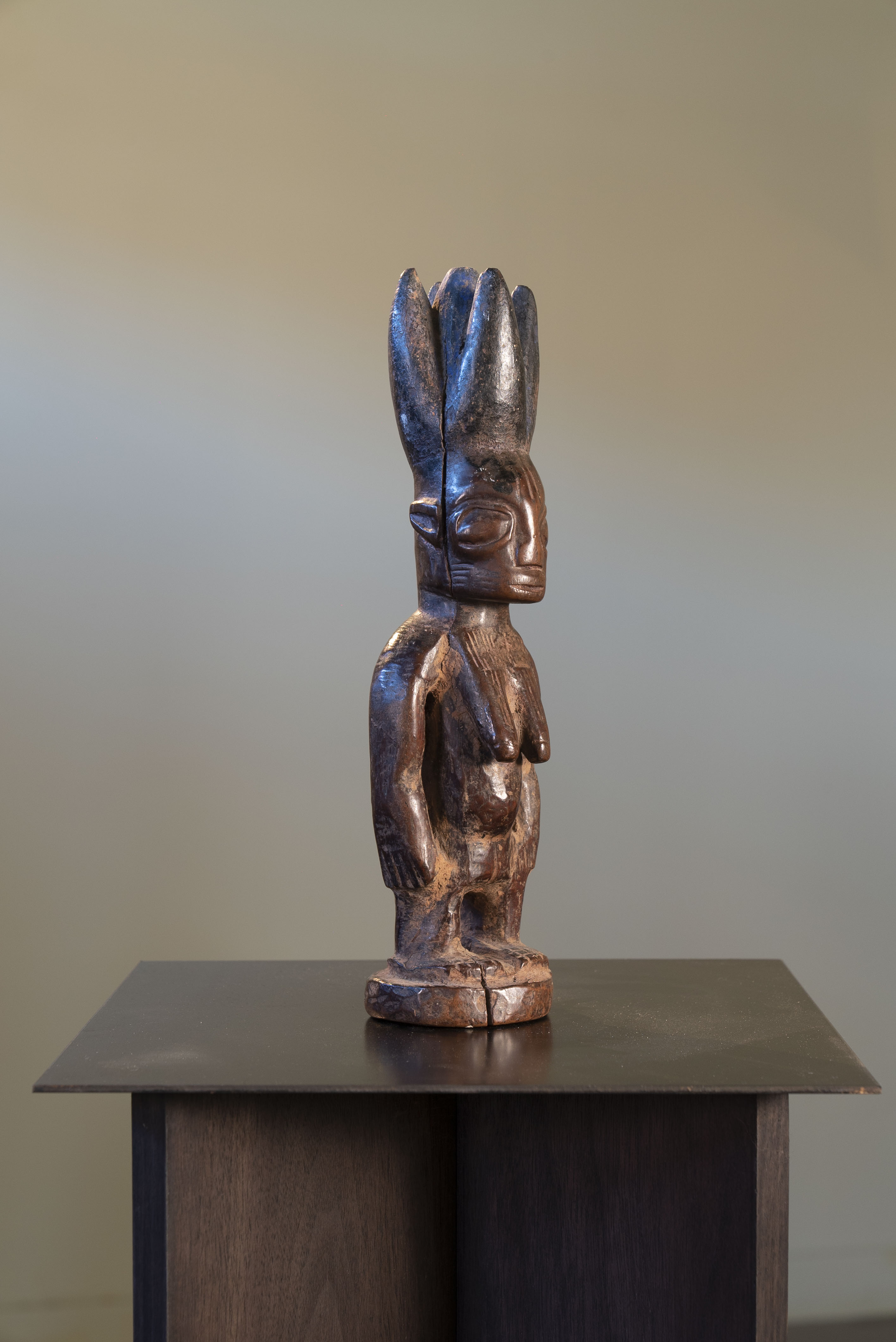 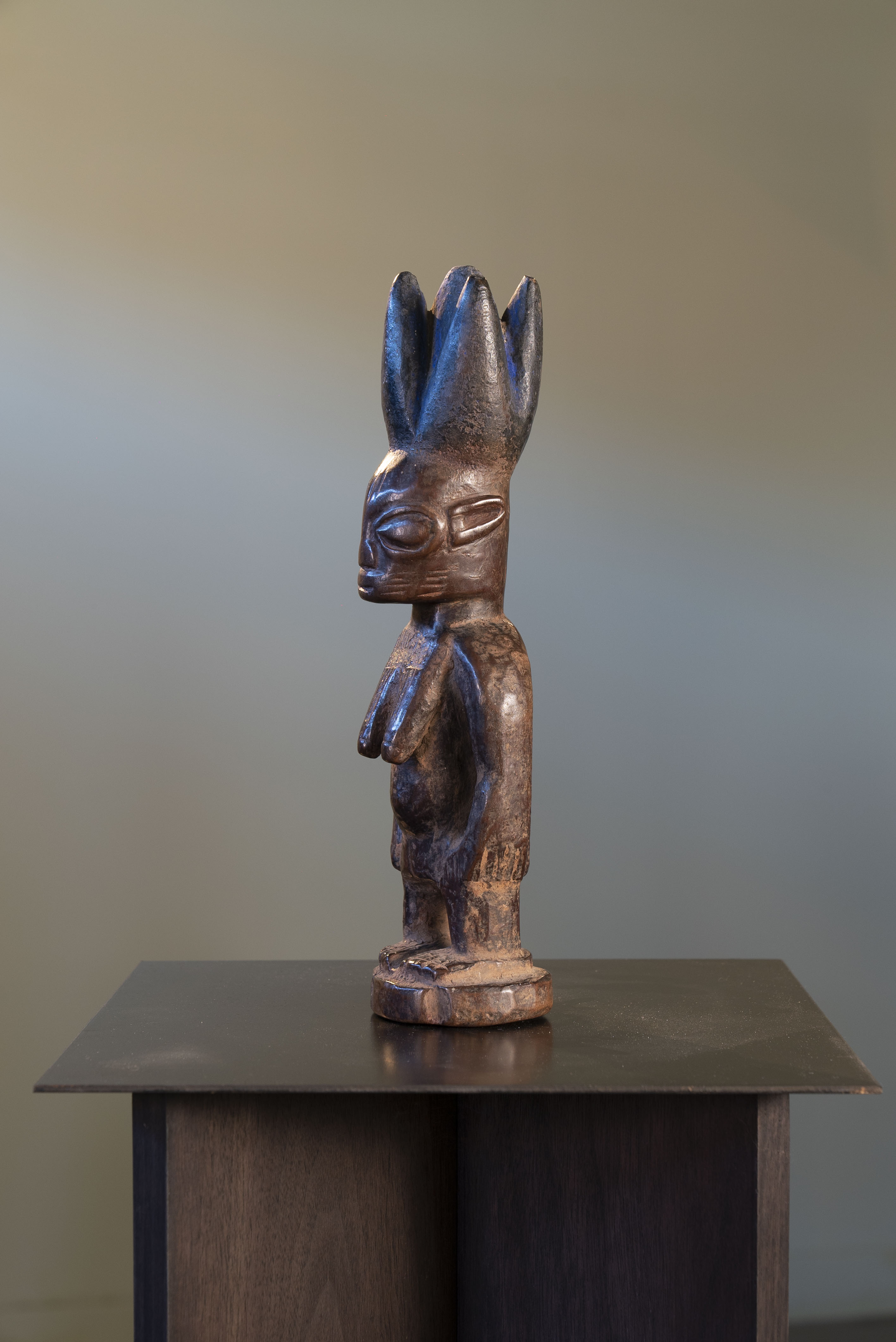 The head of this female Ibeji figure is adorned with a pronounced crown-shaped coiffure, which bears traces of Reckitt’s Blue. The chest and breasts of the figure are decorated with finely engraved scarification marks. The surface of the Ibeji exhibits a deep patina as a result of extensive handling.

Yoruba peoples have one of the highest incidents of twin births in the world. As a result, twins are regarded as extraordinary beings protected by Sango, the deity of thunder. They are believed to be capable of bestowing immense wealth upon their families or misfortune to those who do not honour them.

Powerful spirits in life, twins are honoured with carved memorial figures when they die. These figures, known as ere ibeji (literally meaning ere: sacred image; ibi: born; eji: two), remain a point of access to the spirit of the departed individual. The mother provides ritual care to the figures, bathing, dressing, adorning, and feeding them. Such daily handling is responsible for giving their surface its distinctive patina. 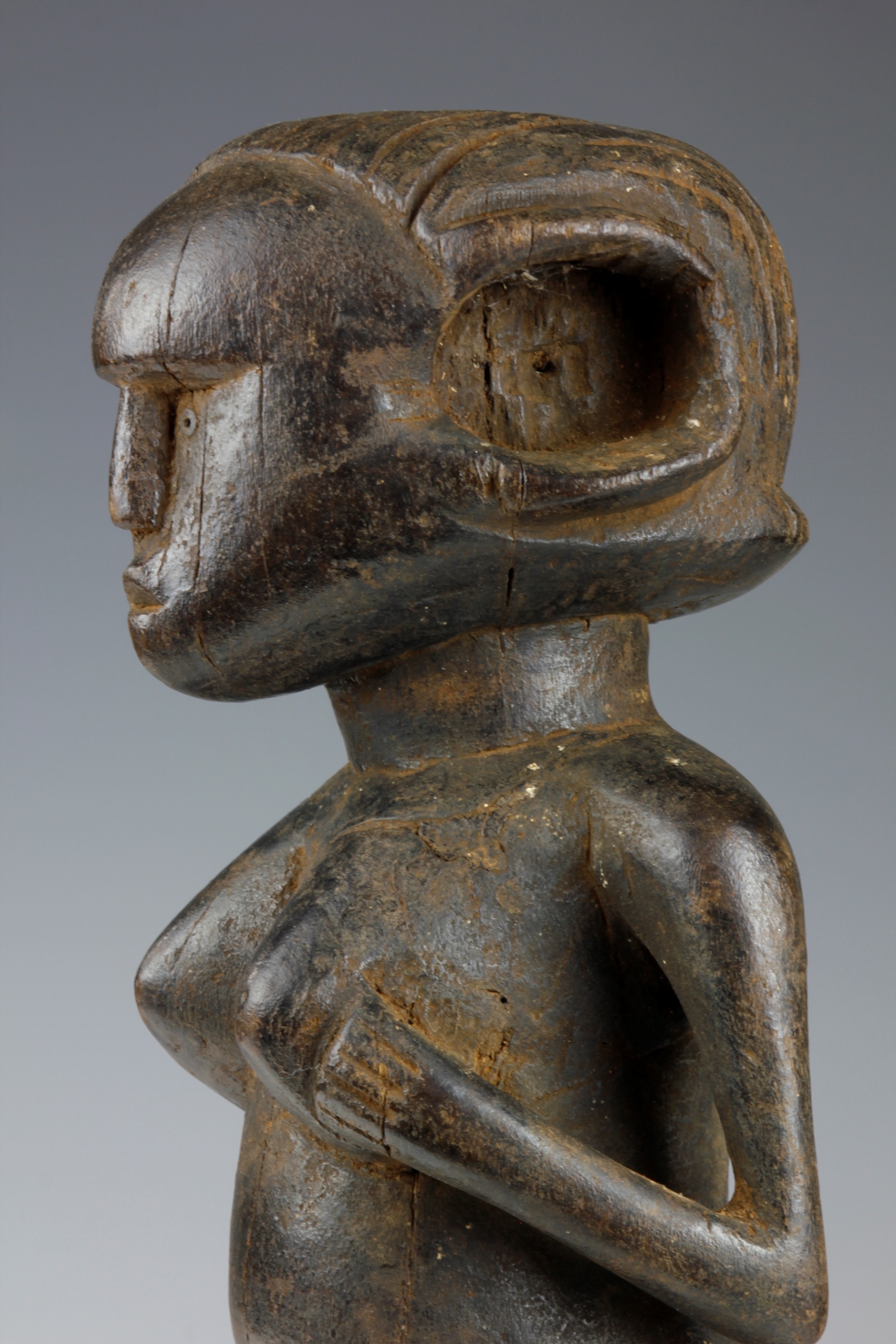