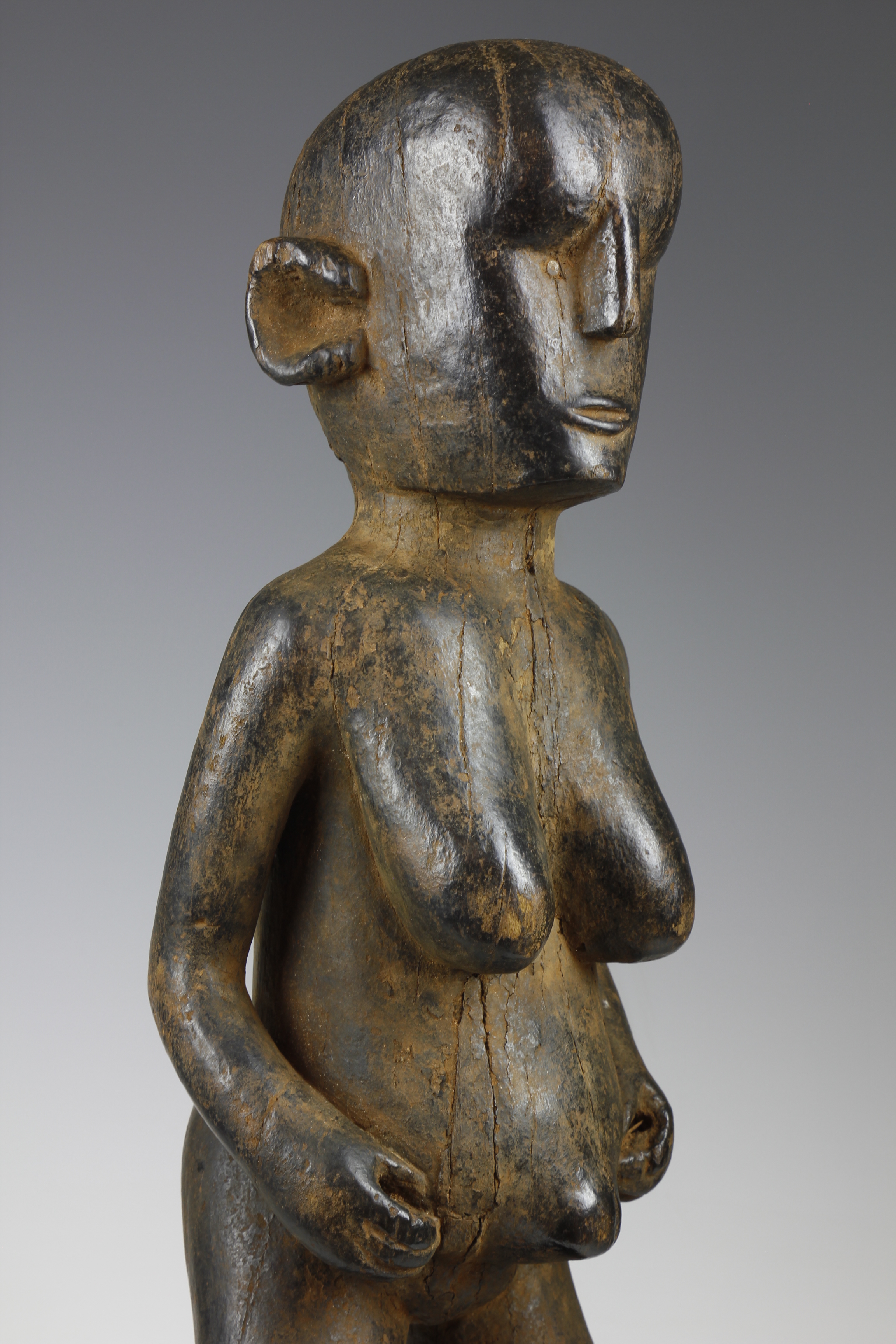 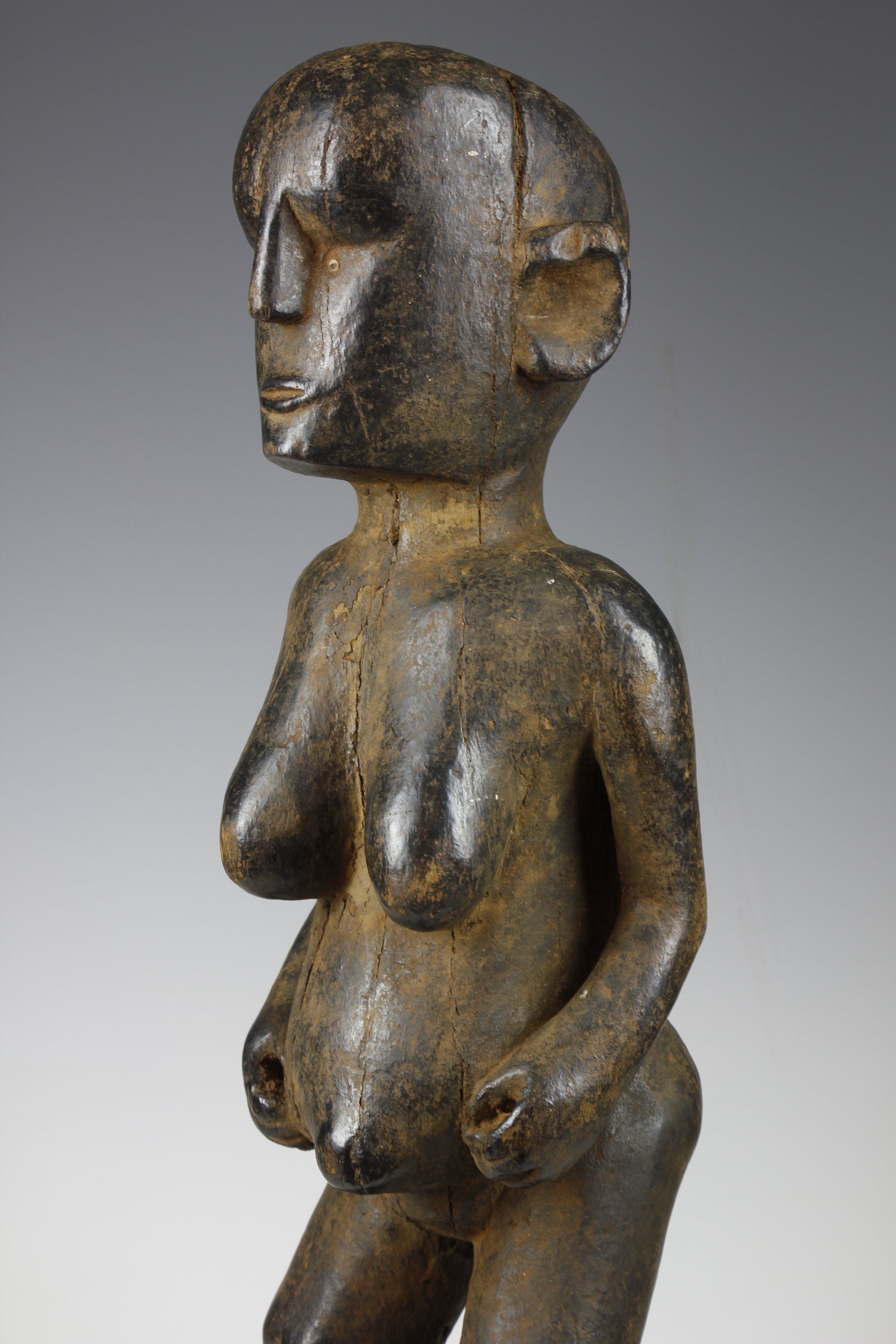 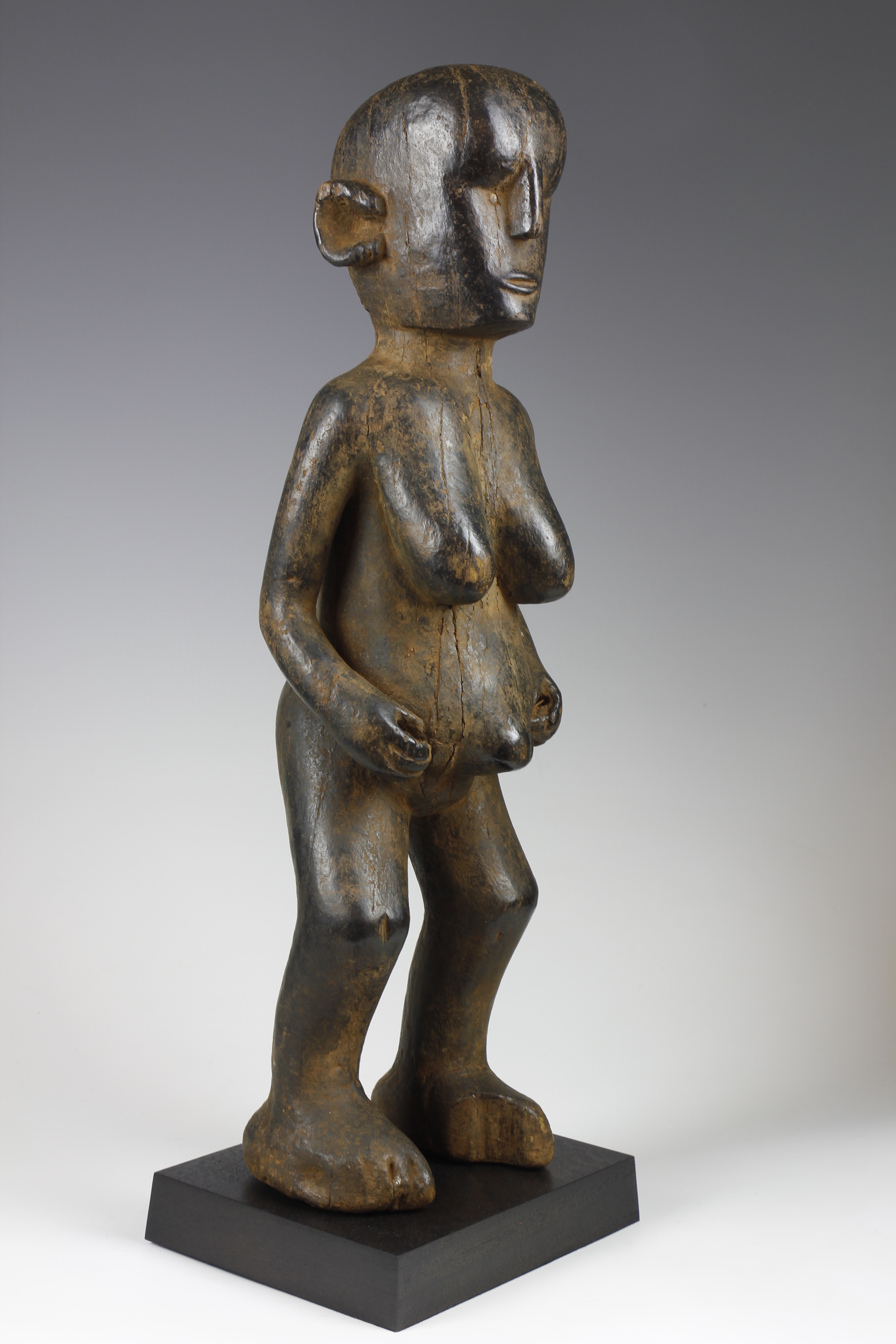 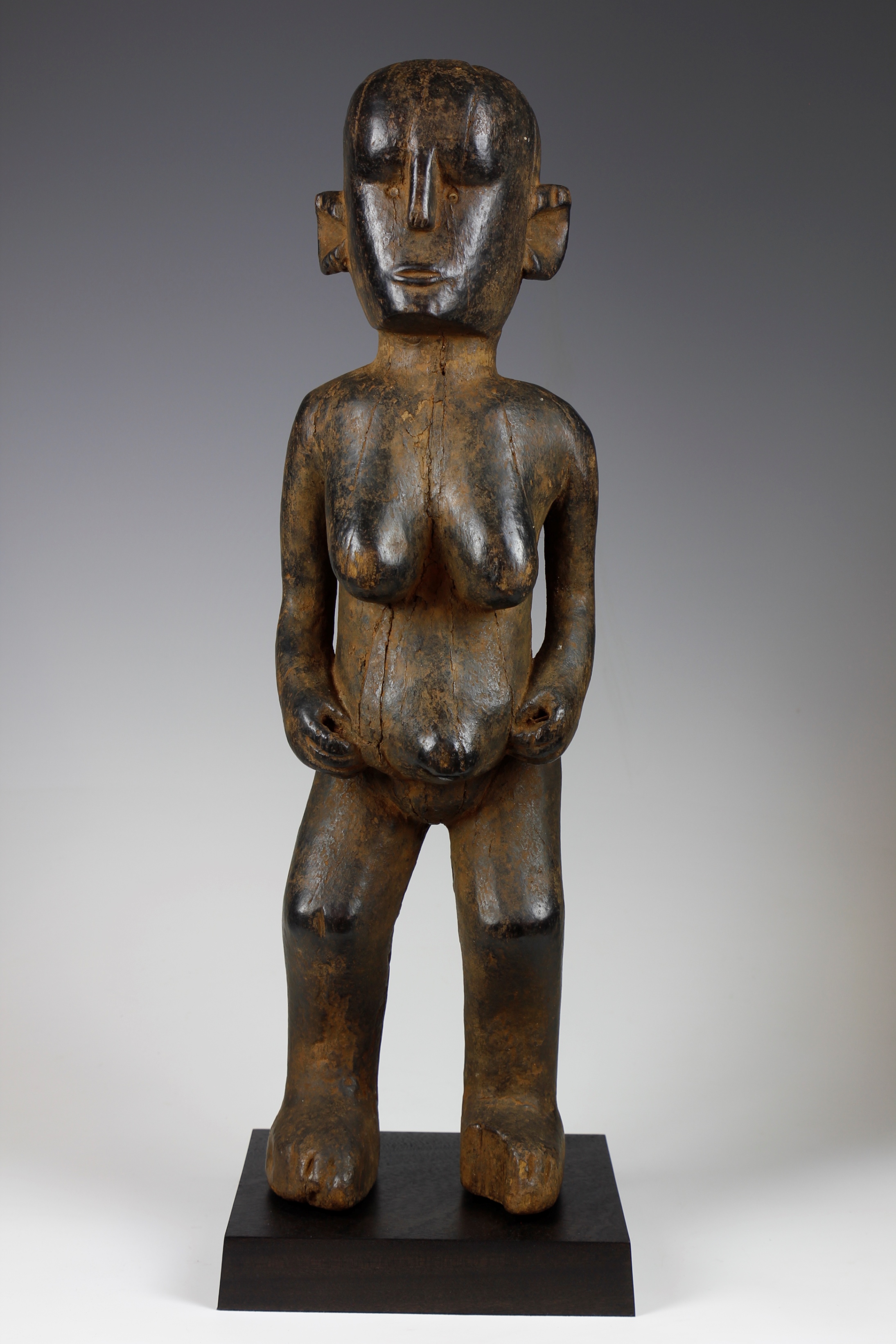 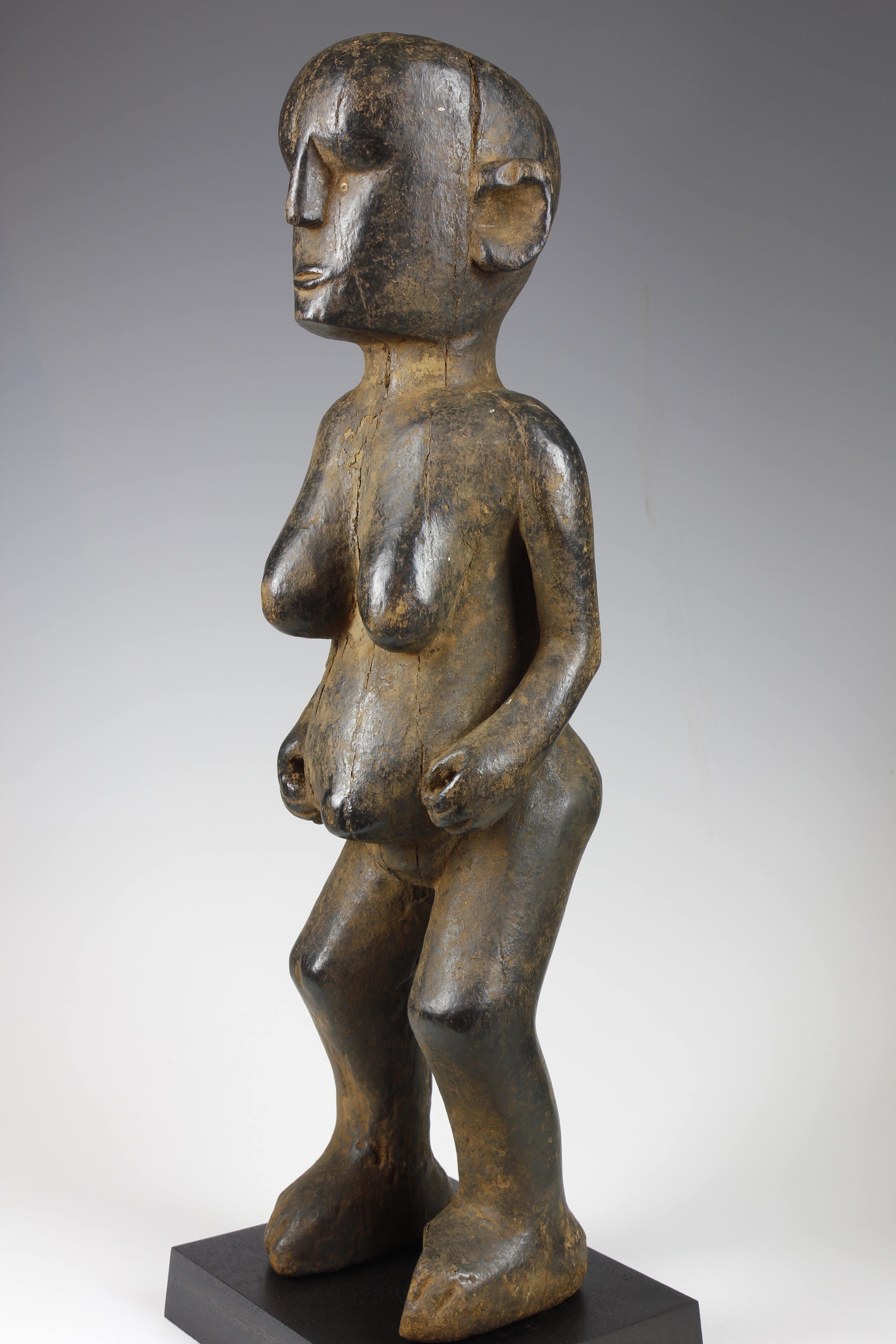 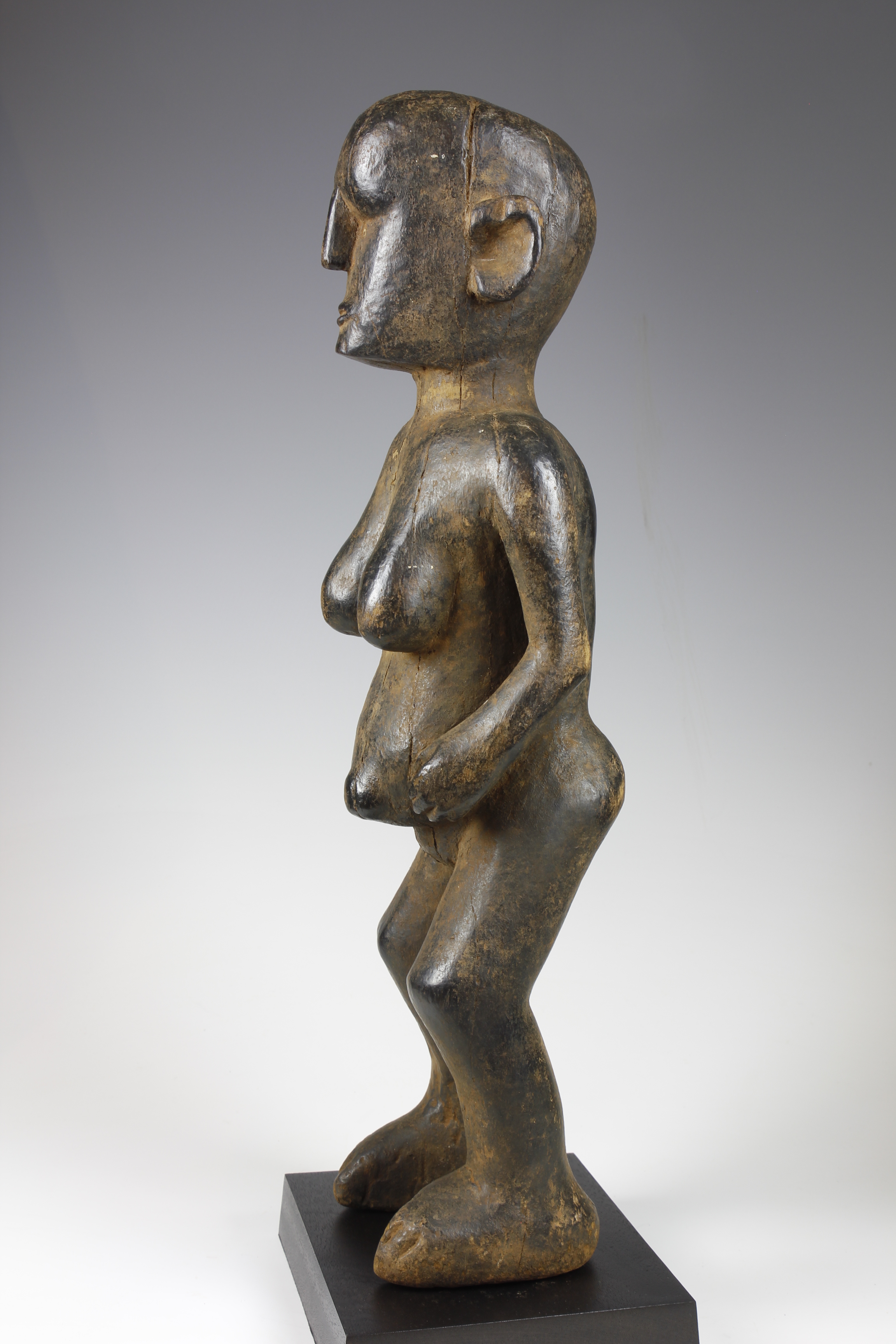 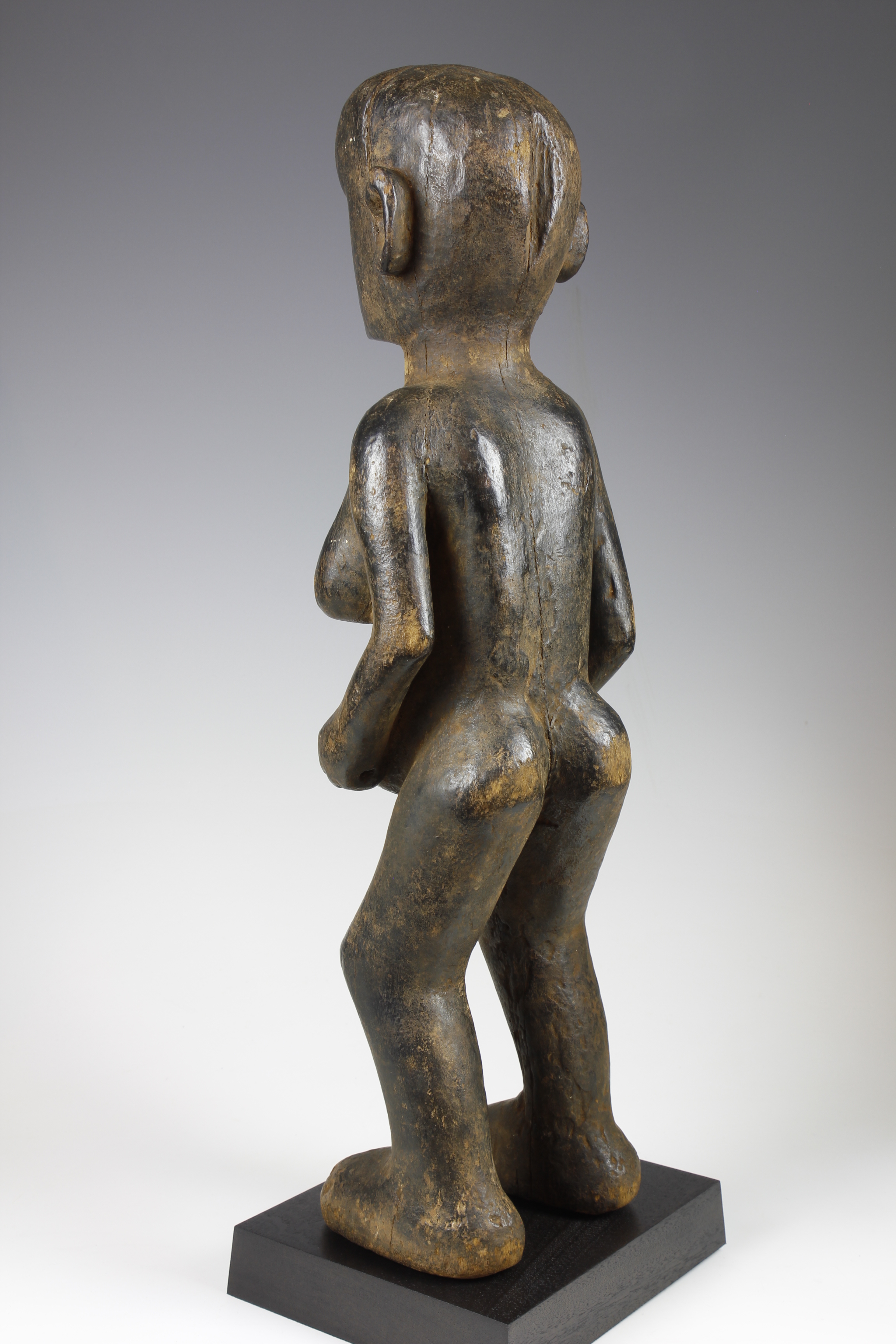 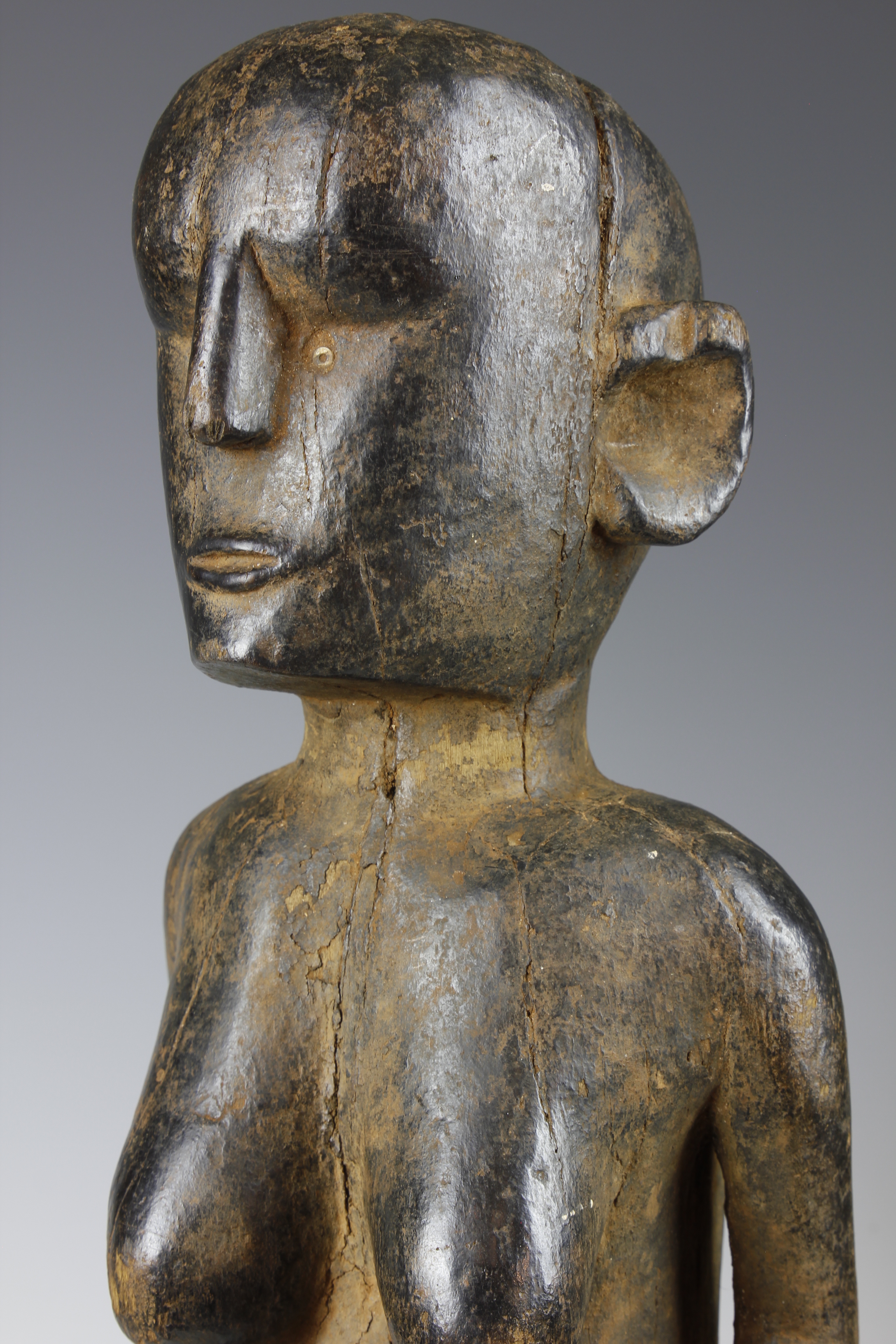 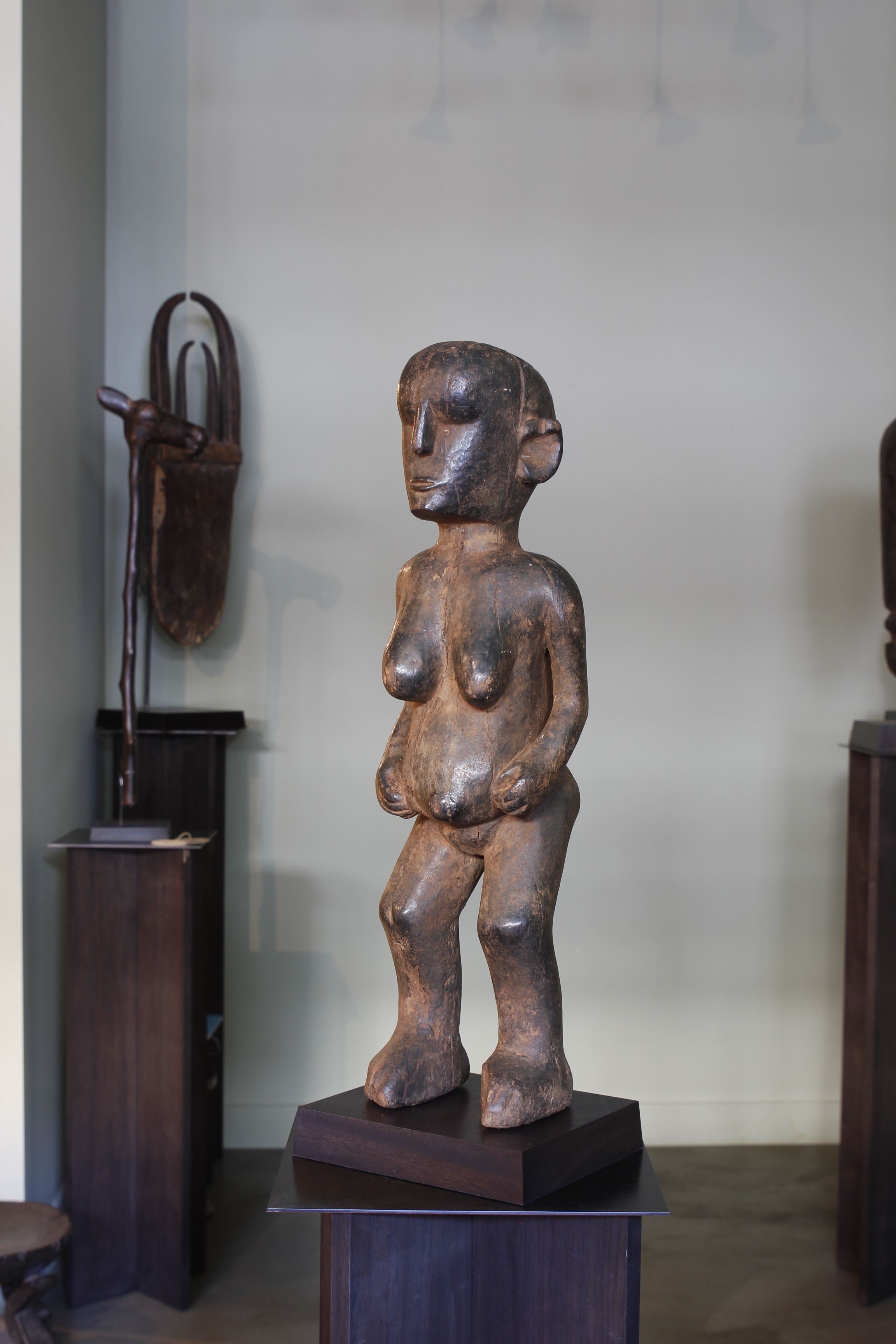 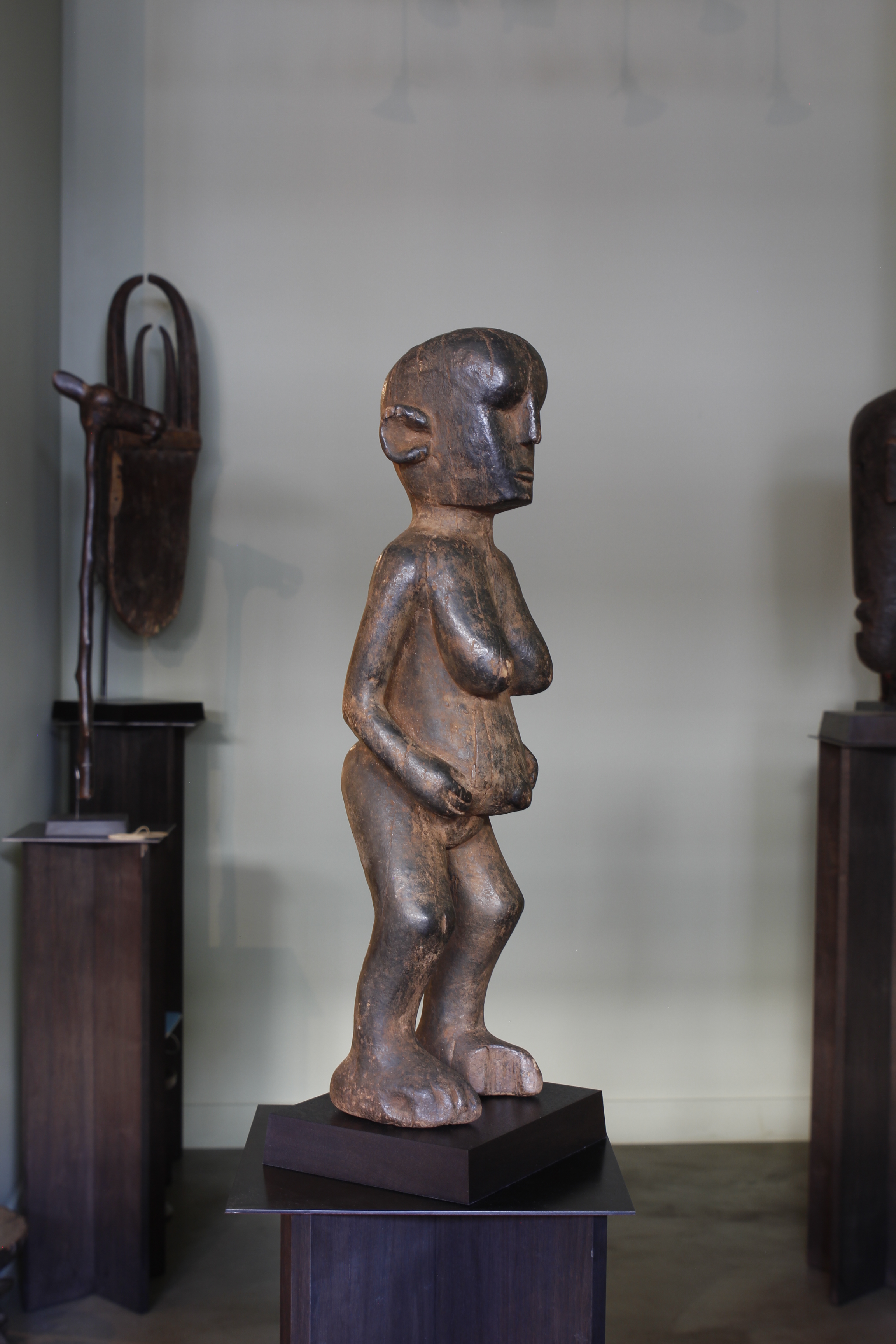 This large female figure exhibits a powerful form and presence. Depicted at the start of motherhood, the female is represented with a pair of large, drooping breasts, and with both hands placed on her swollen belly, on either side of her pronounced navel. The surface of this piece exhibits a warm, deep - and in parts, crusty - patina. 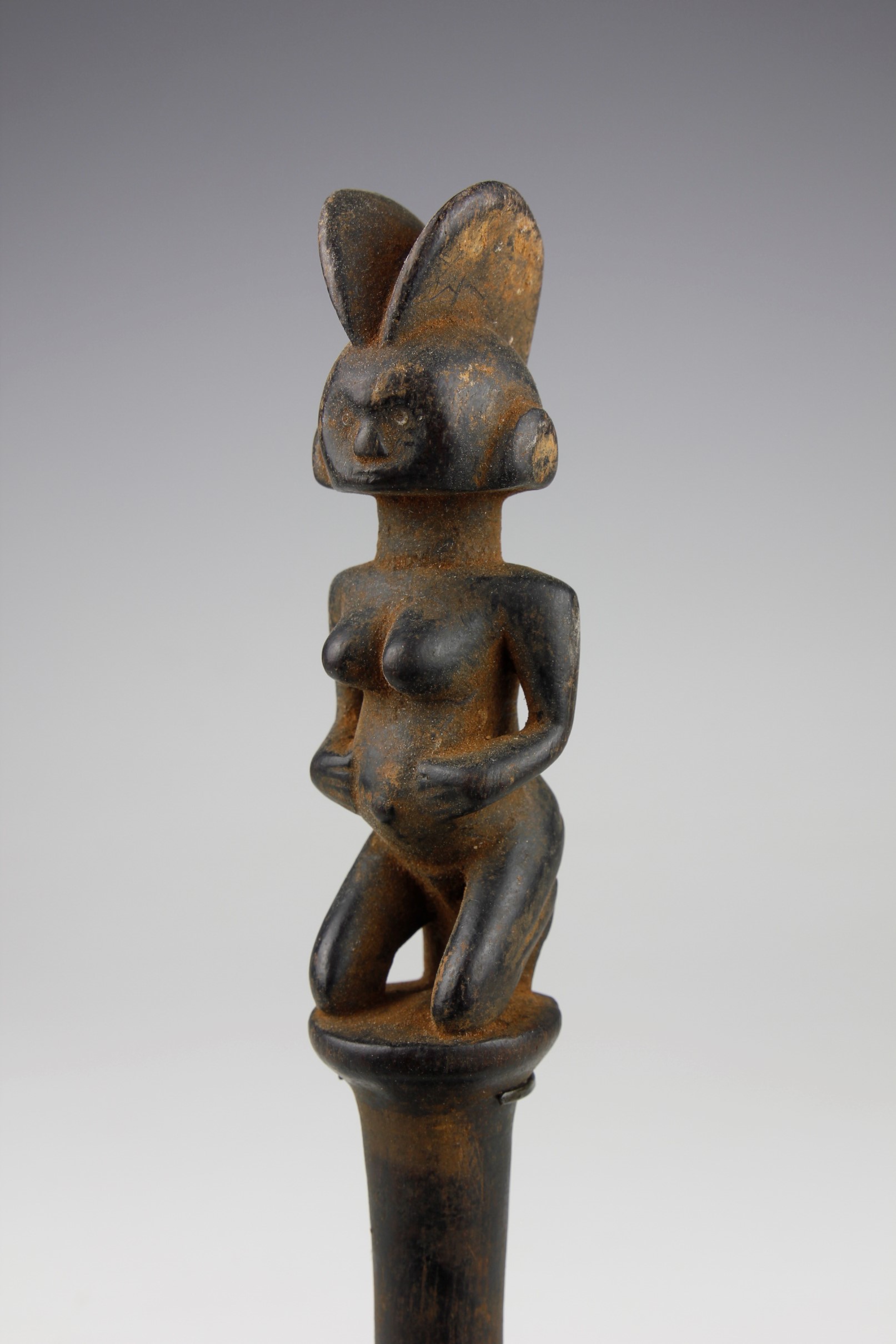 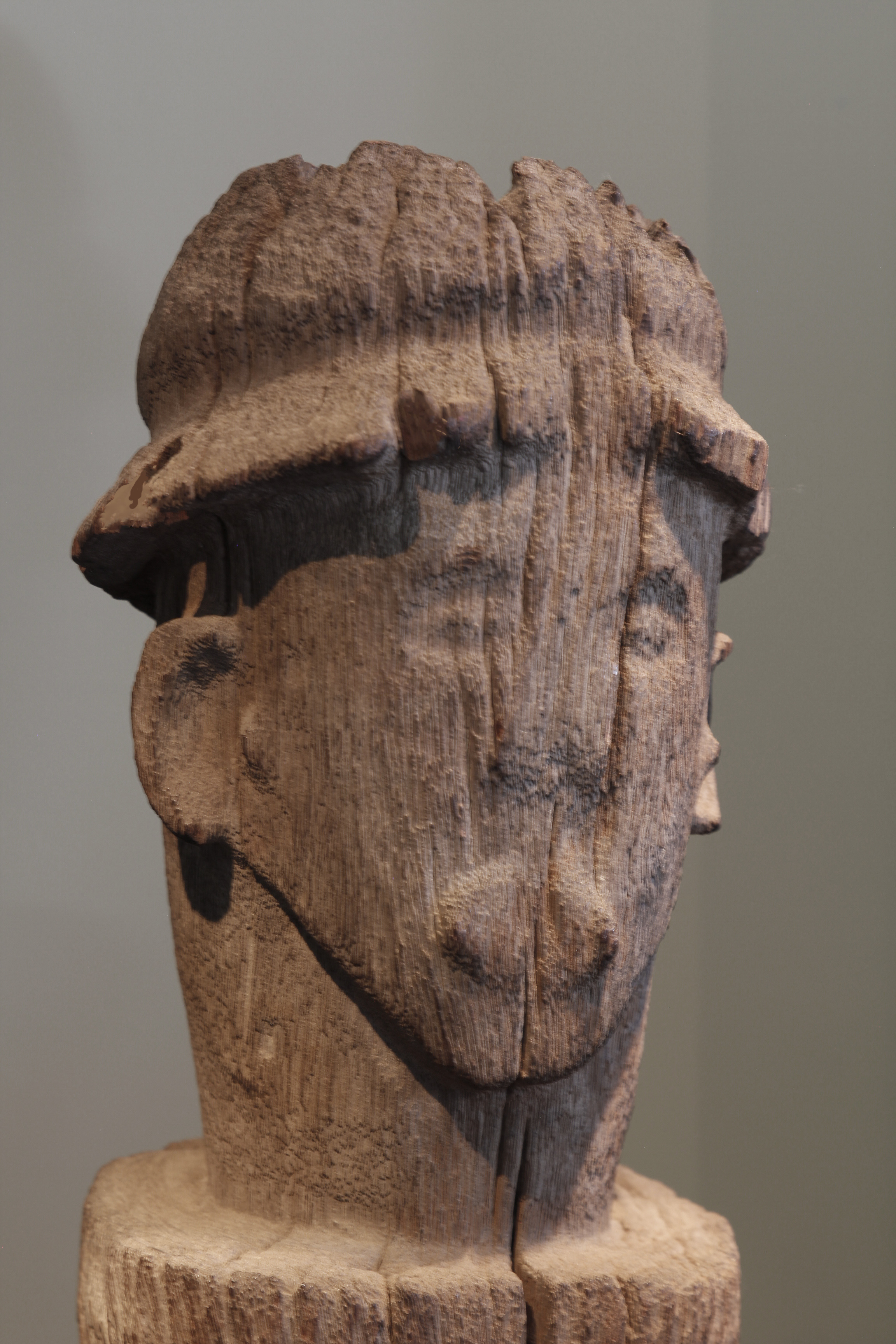 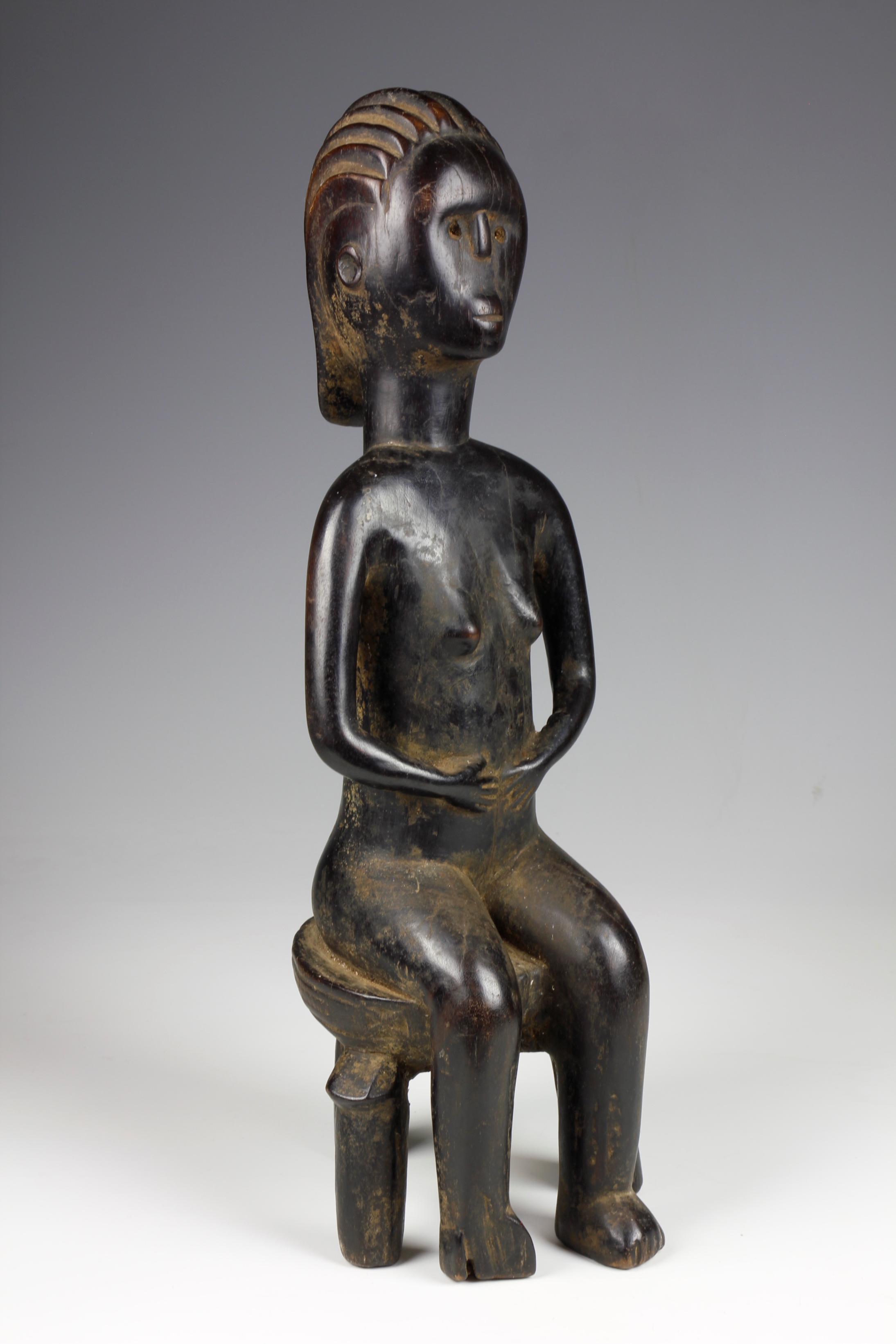