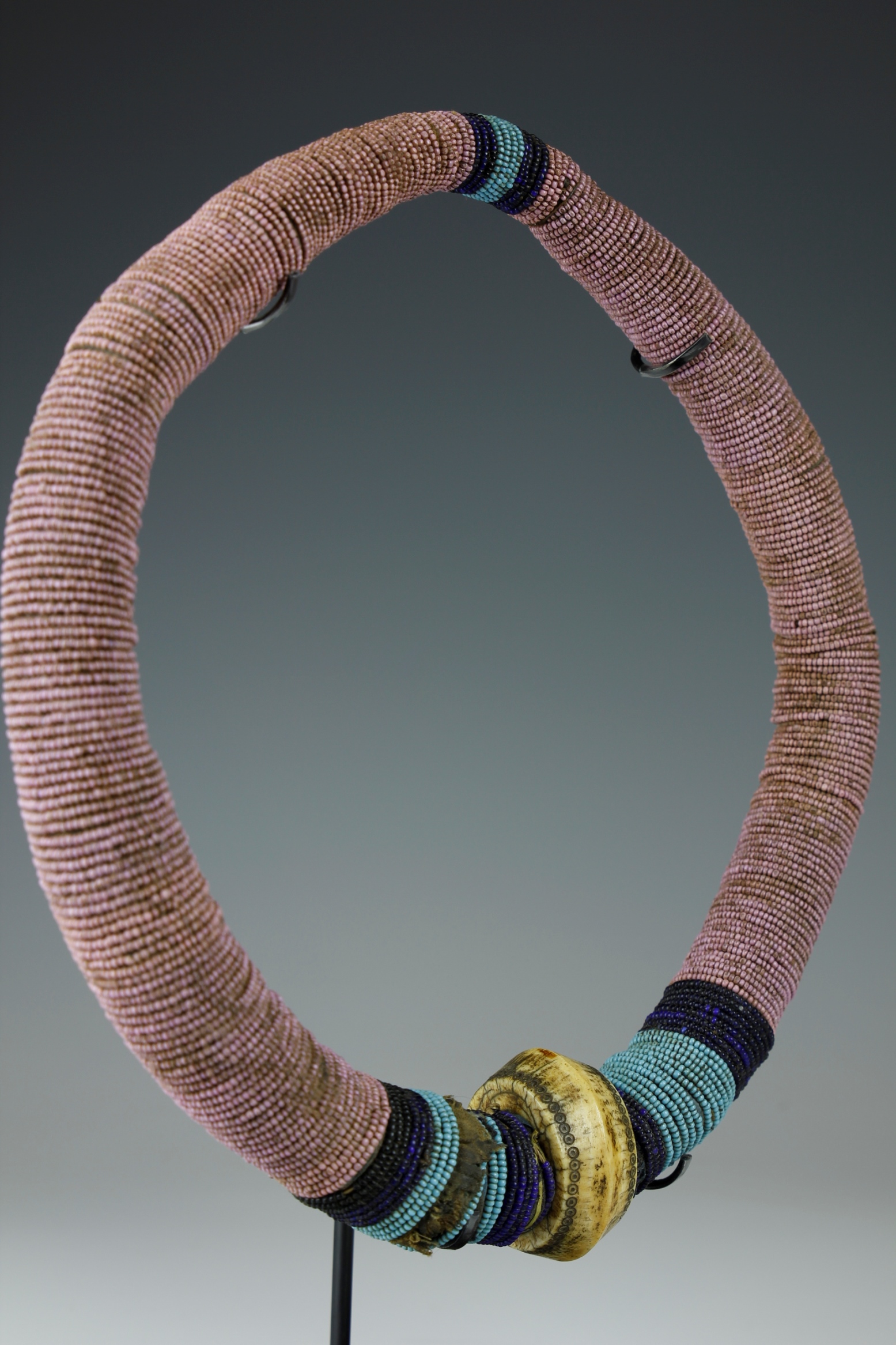 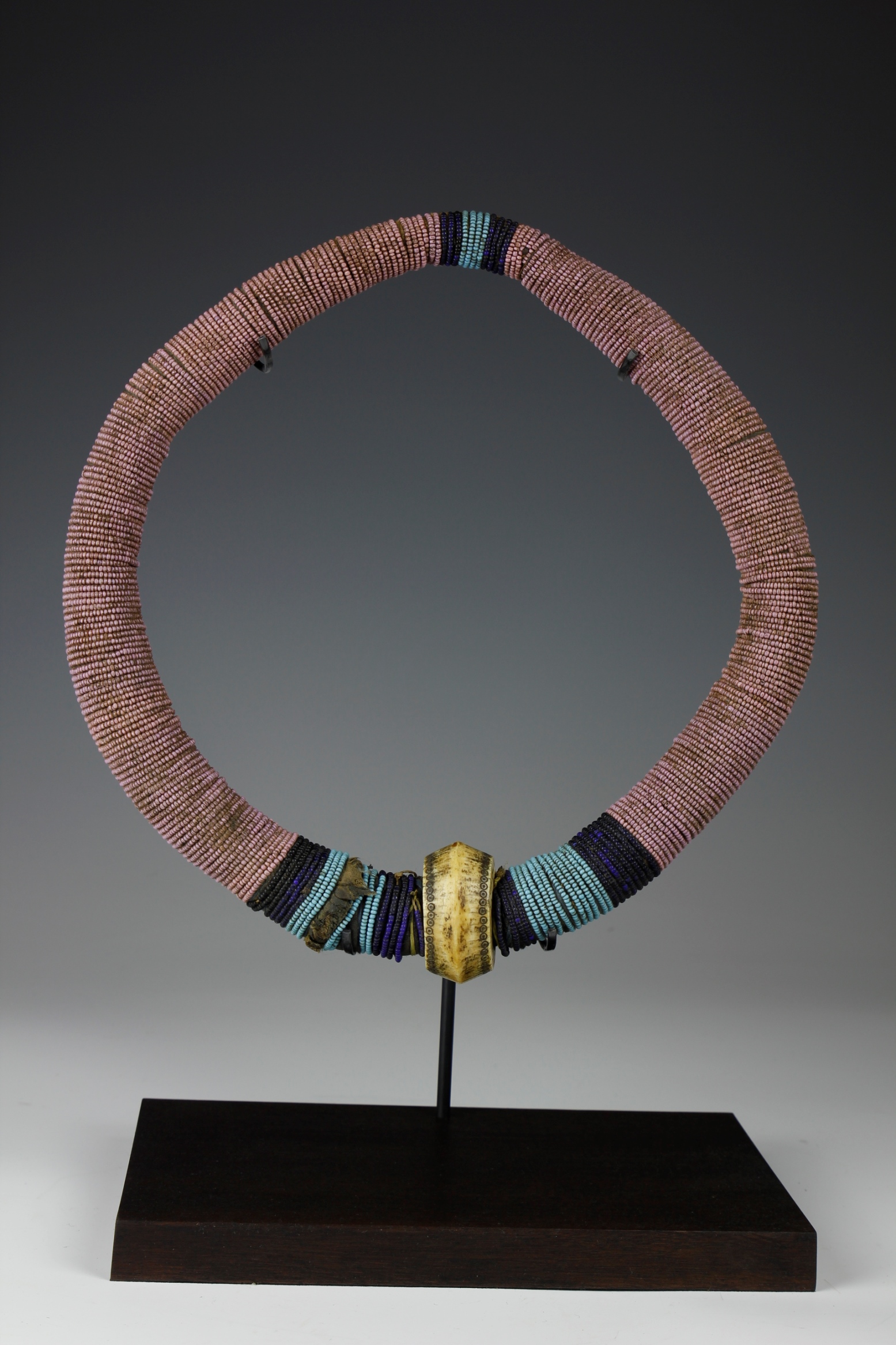 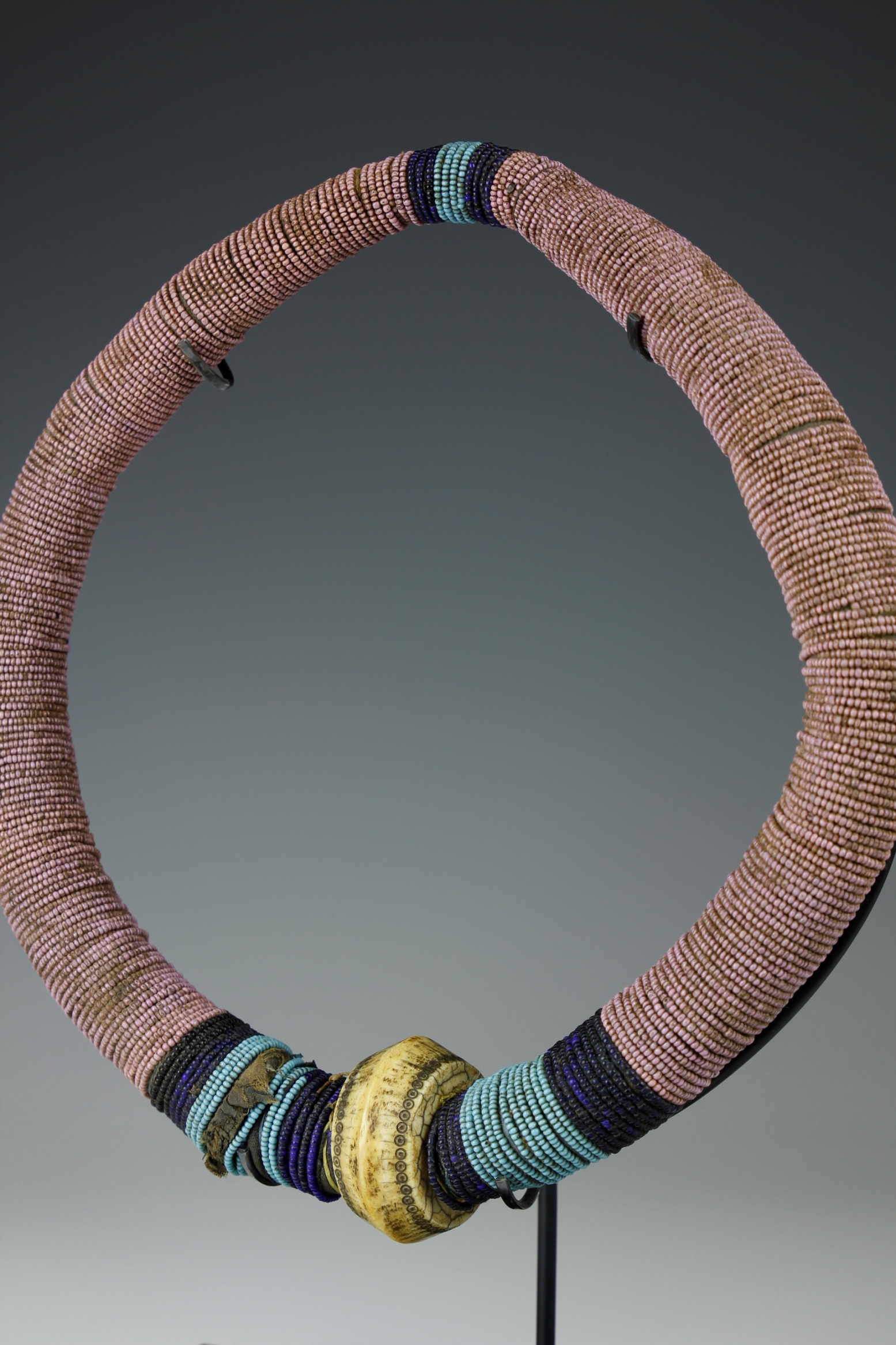 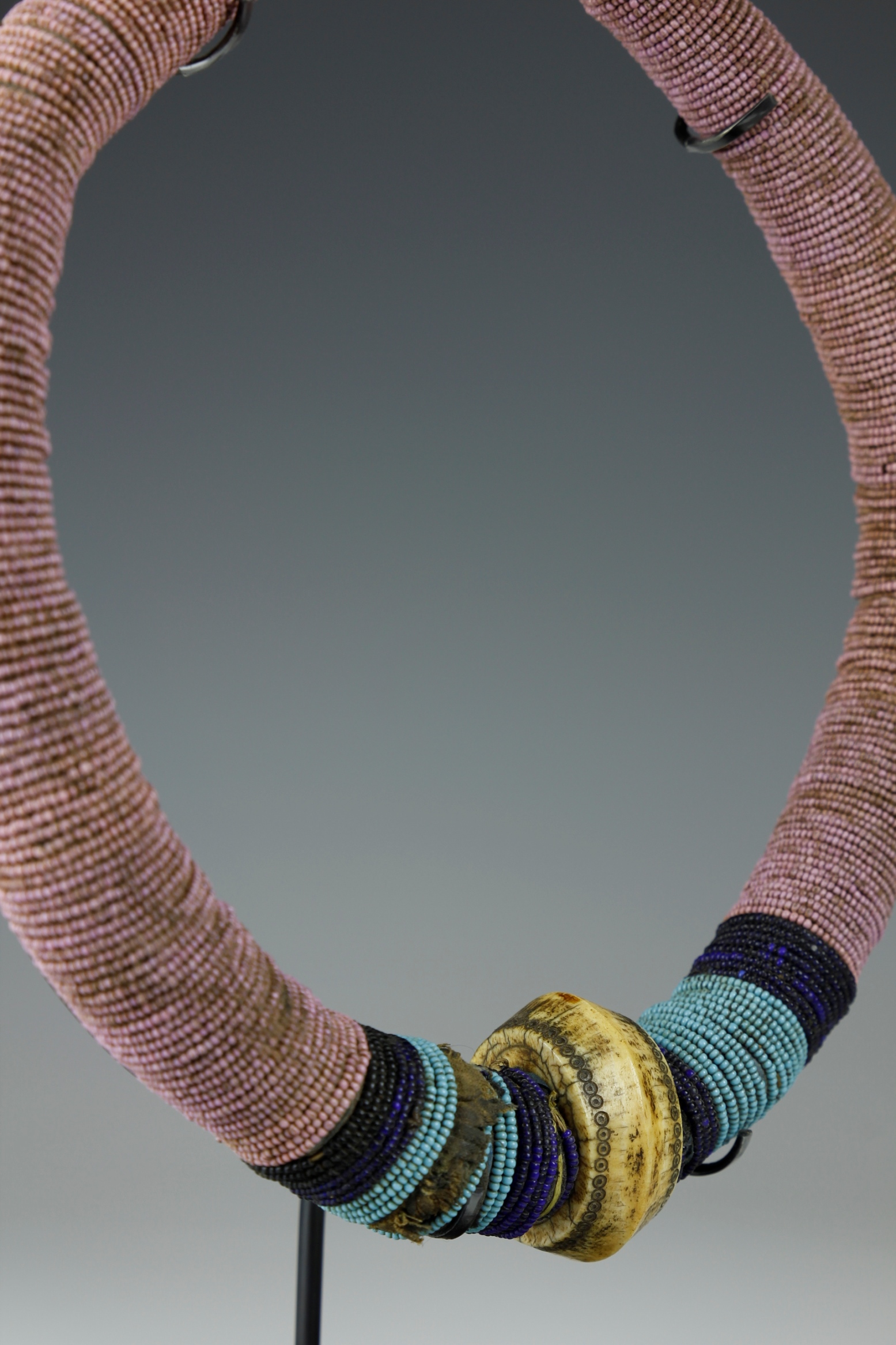 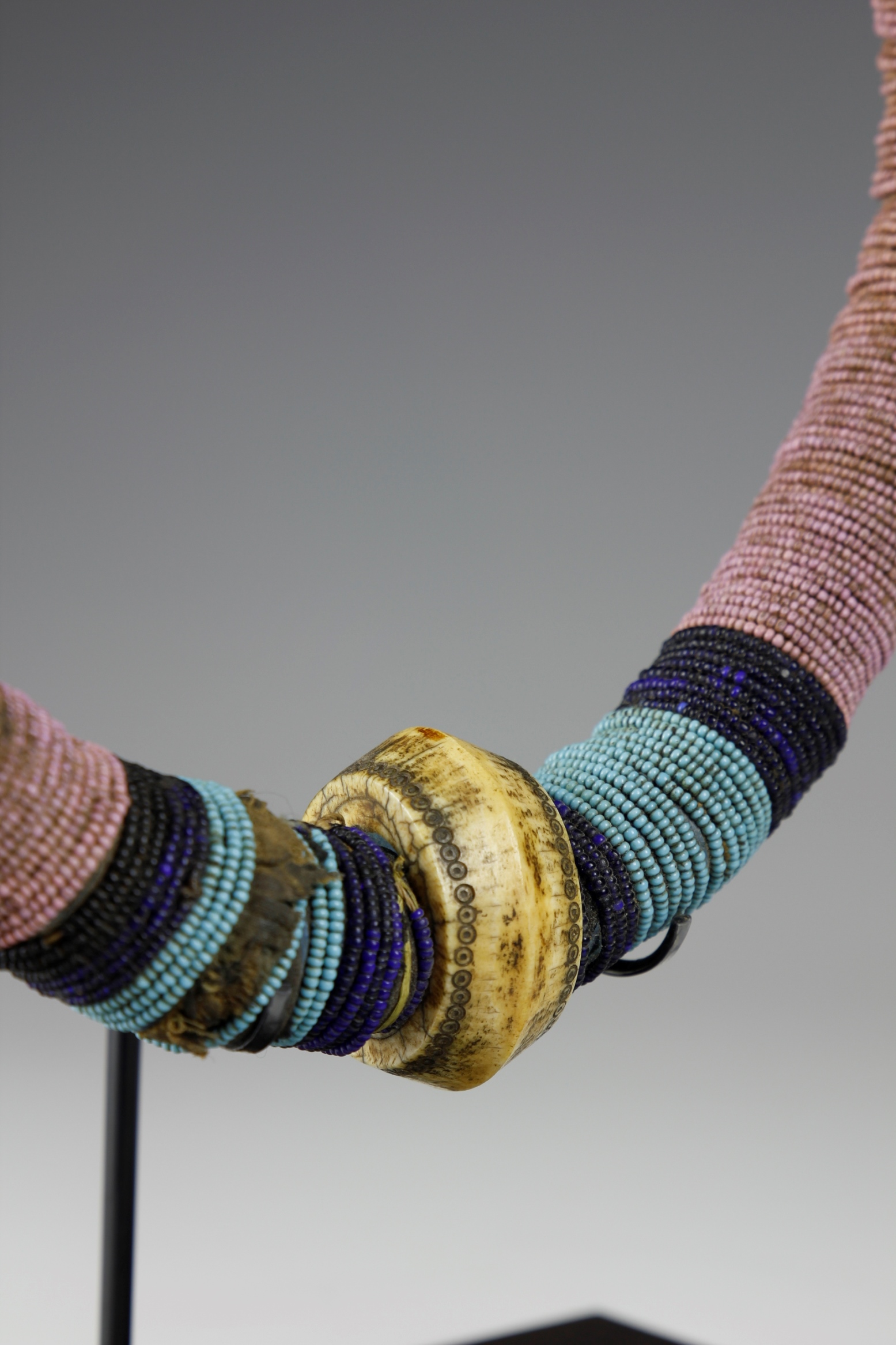 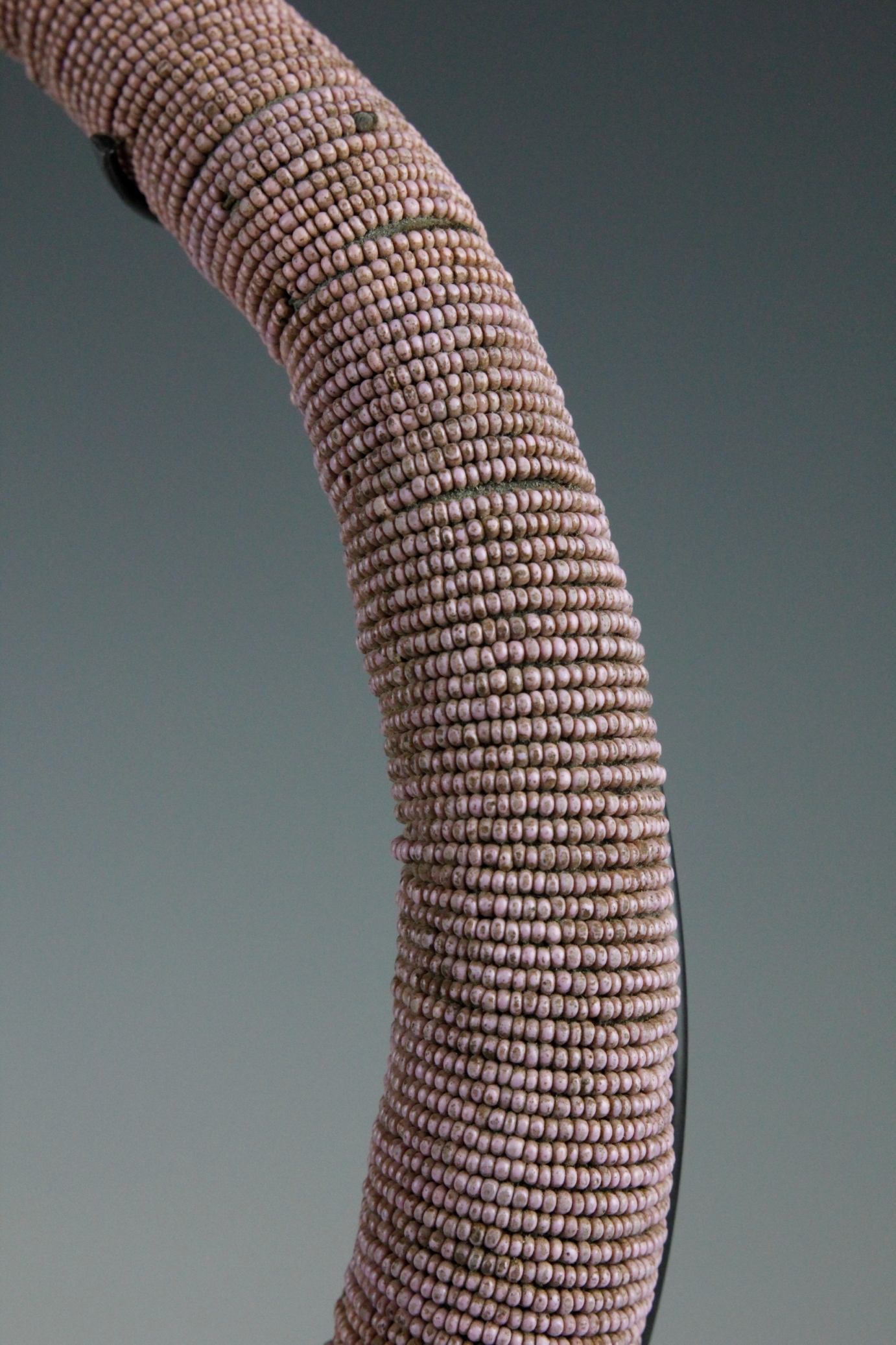 A strand of early glass pink, dark and light blue beads has been continually wrapped around a thick circular band to create this fine male's neck adornment/belt. A large carved bead, decorated with fine circle and dot motifs, demarcates the centre of the piece. Dinka neck adornments of this type are rare, and would have been worn as a symbol of wealth and importance. Such adornments were worn by Dinka men only. 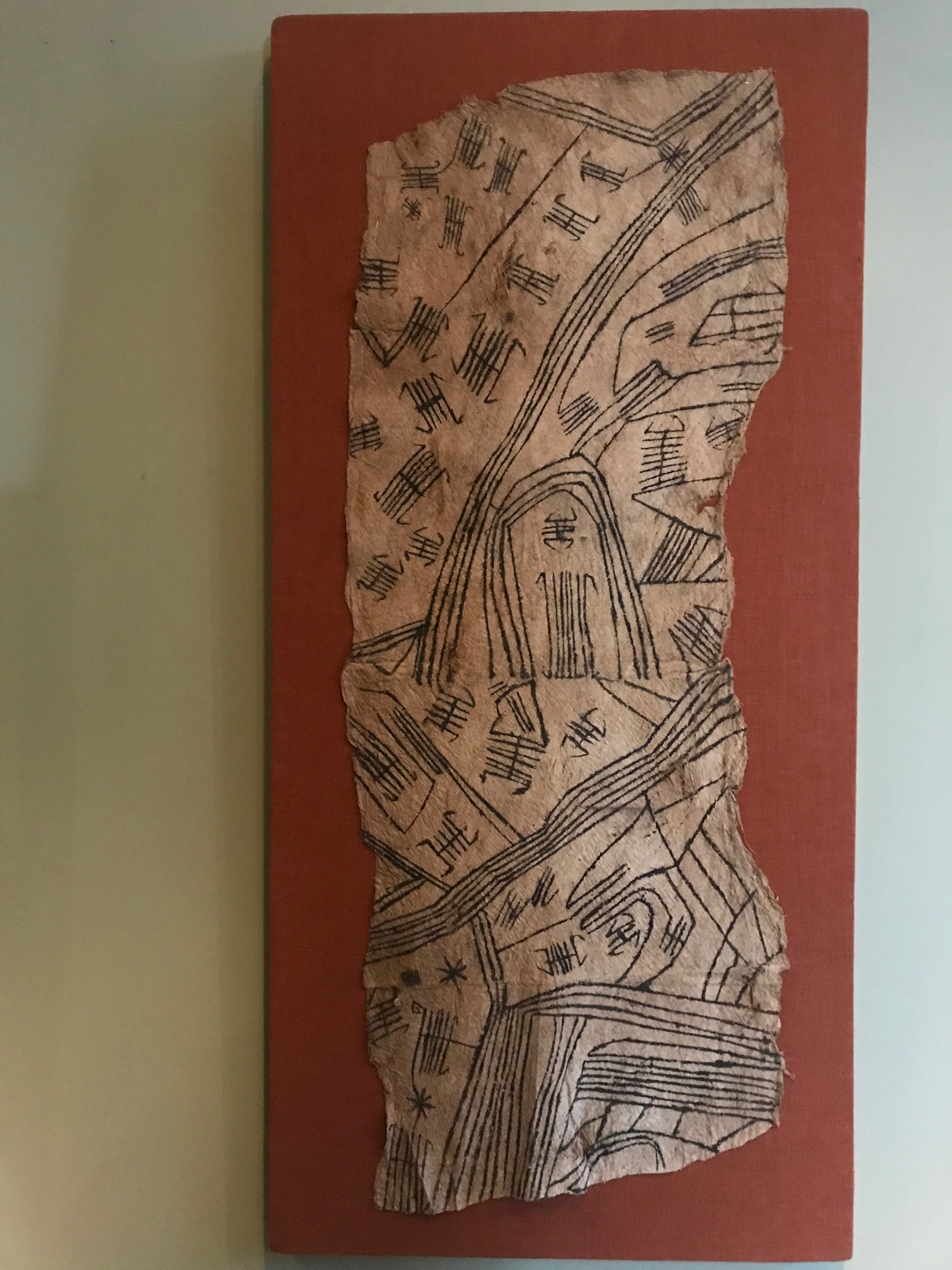 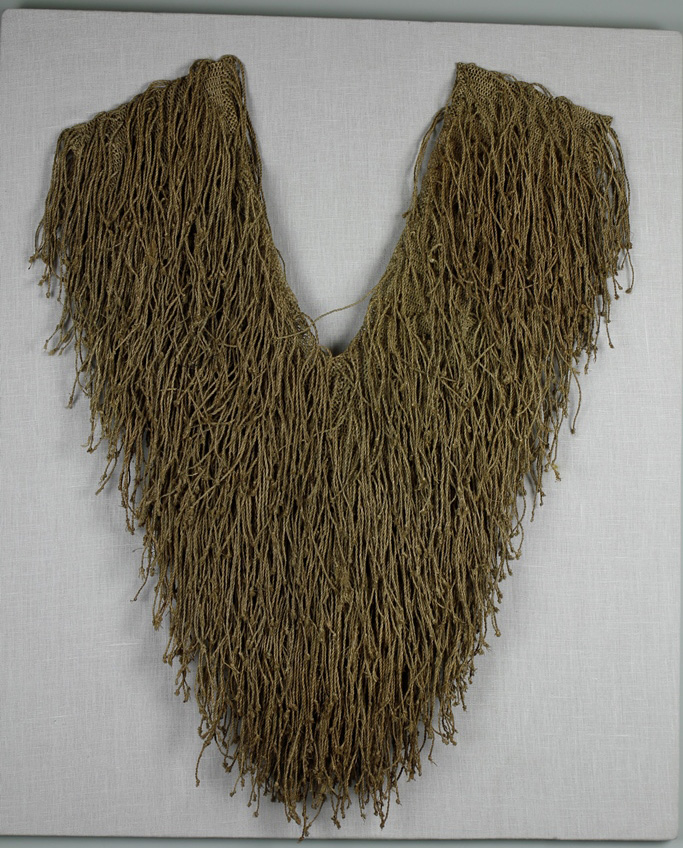 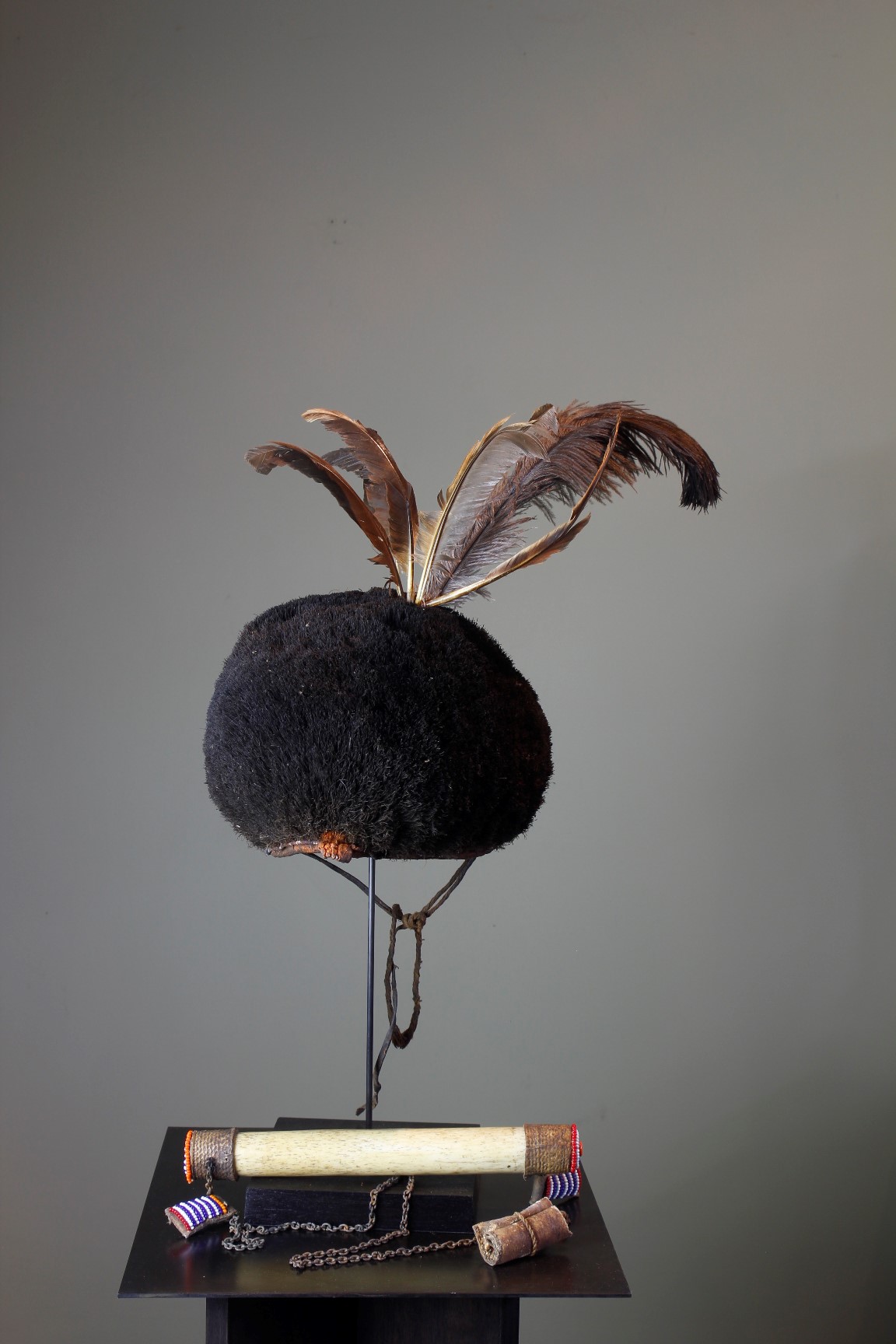 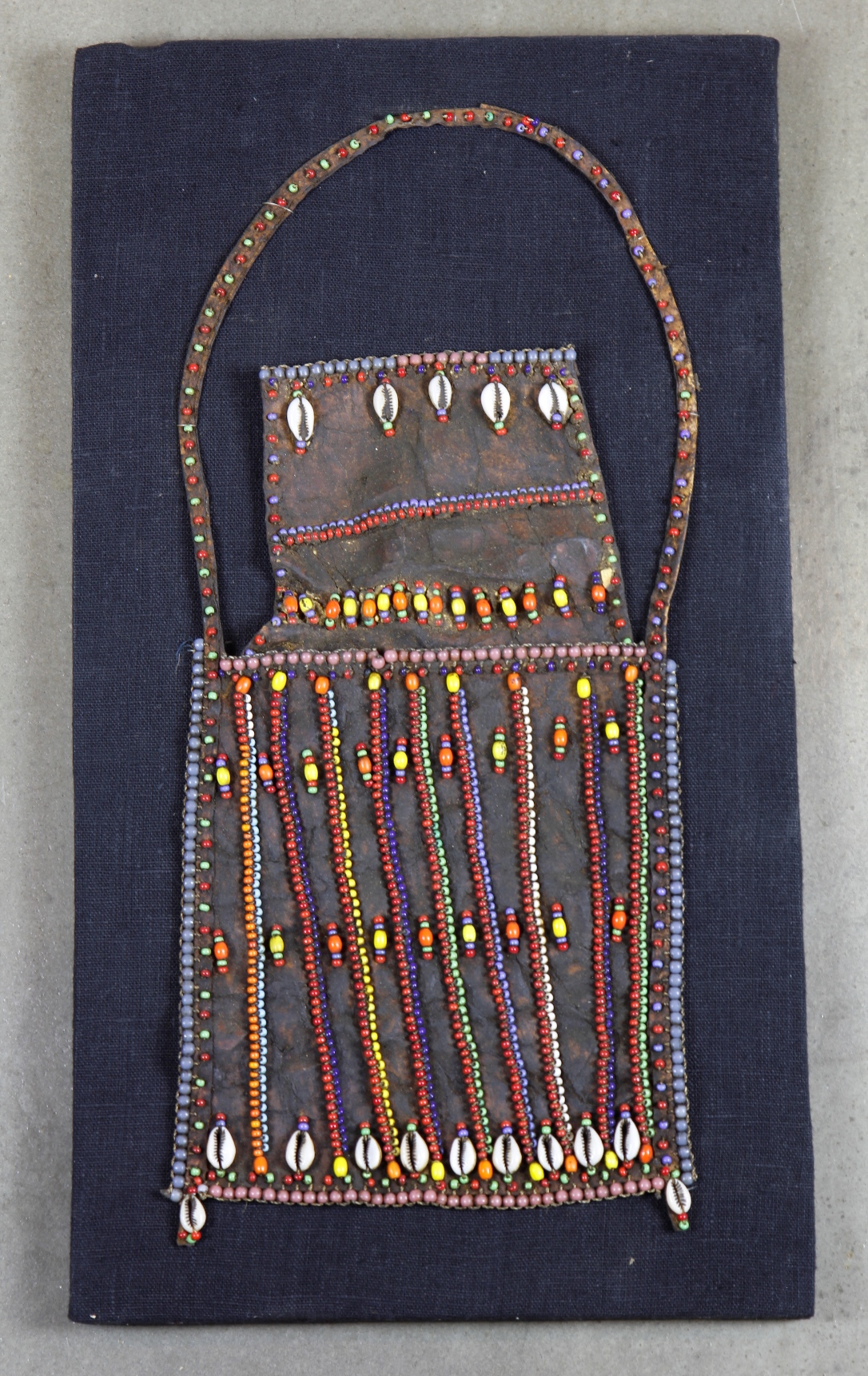