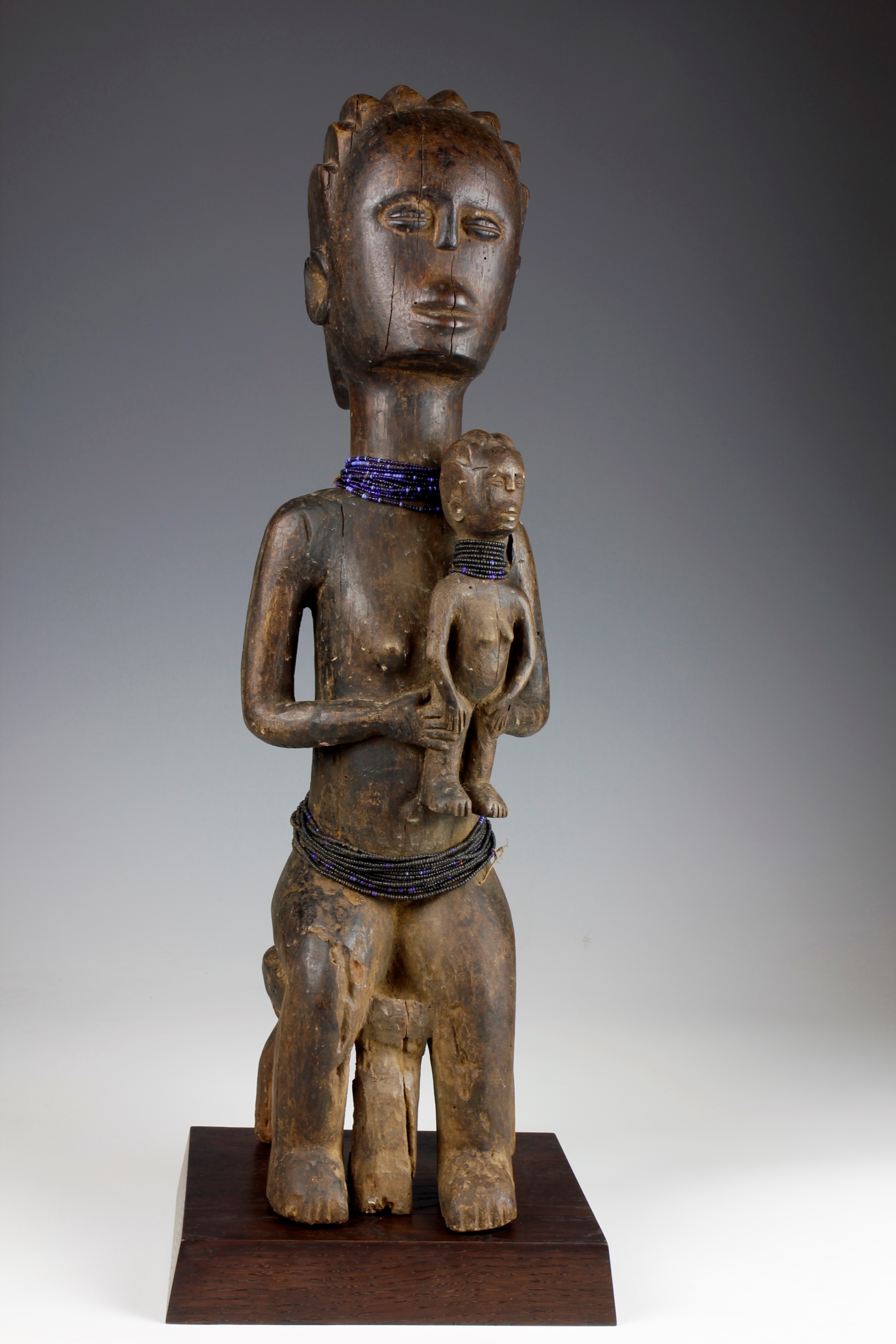 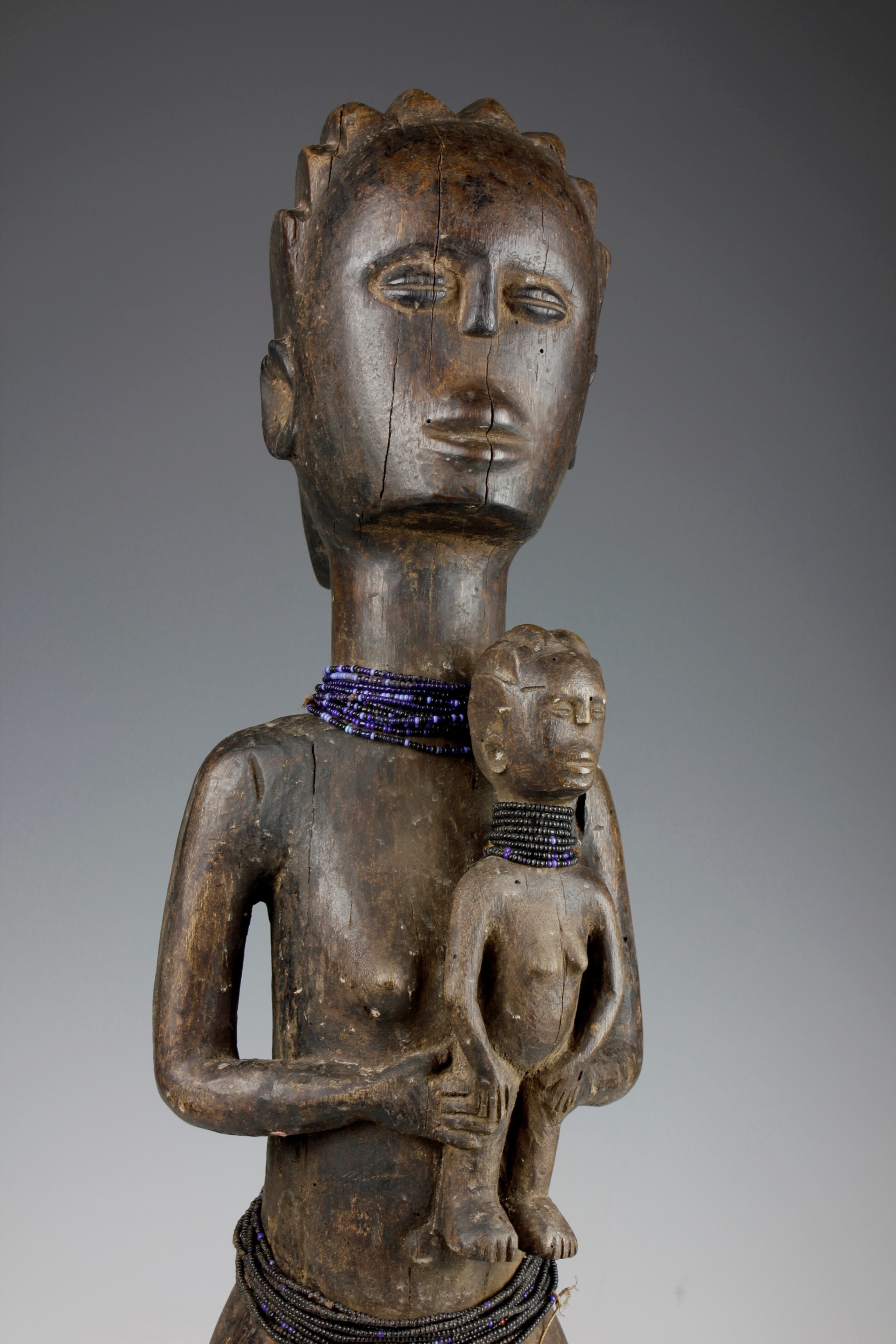 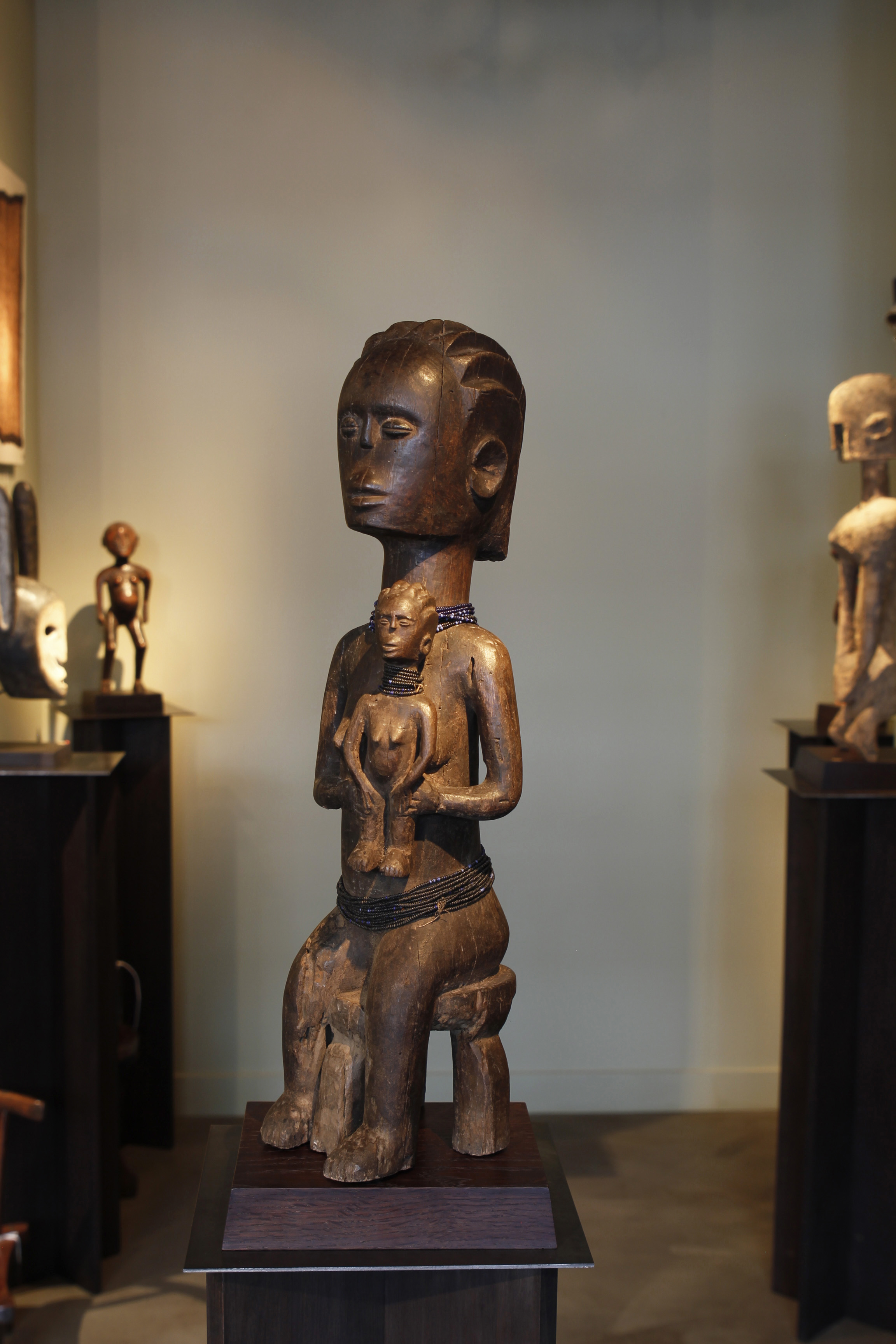 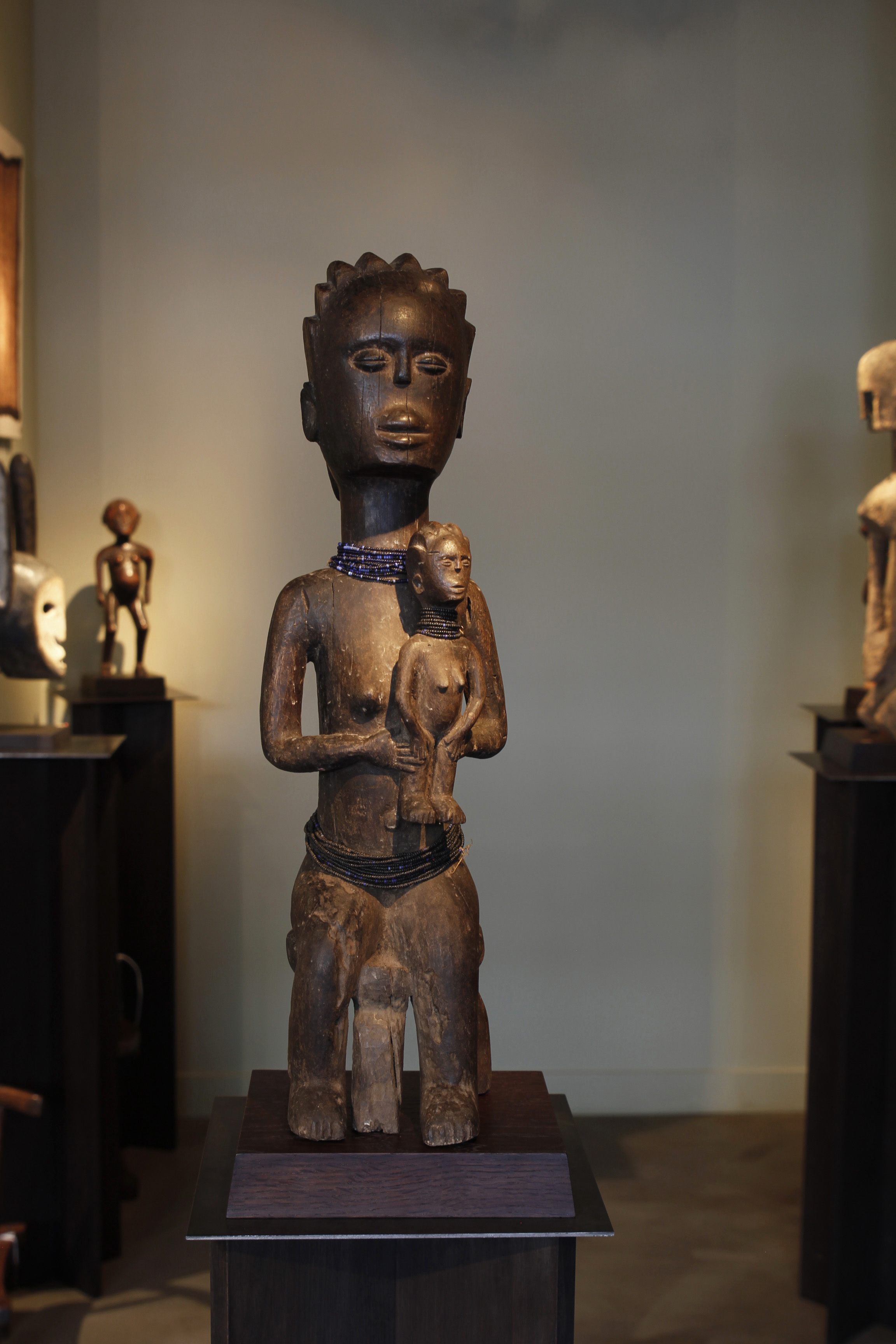 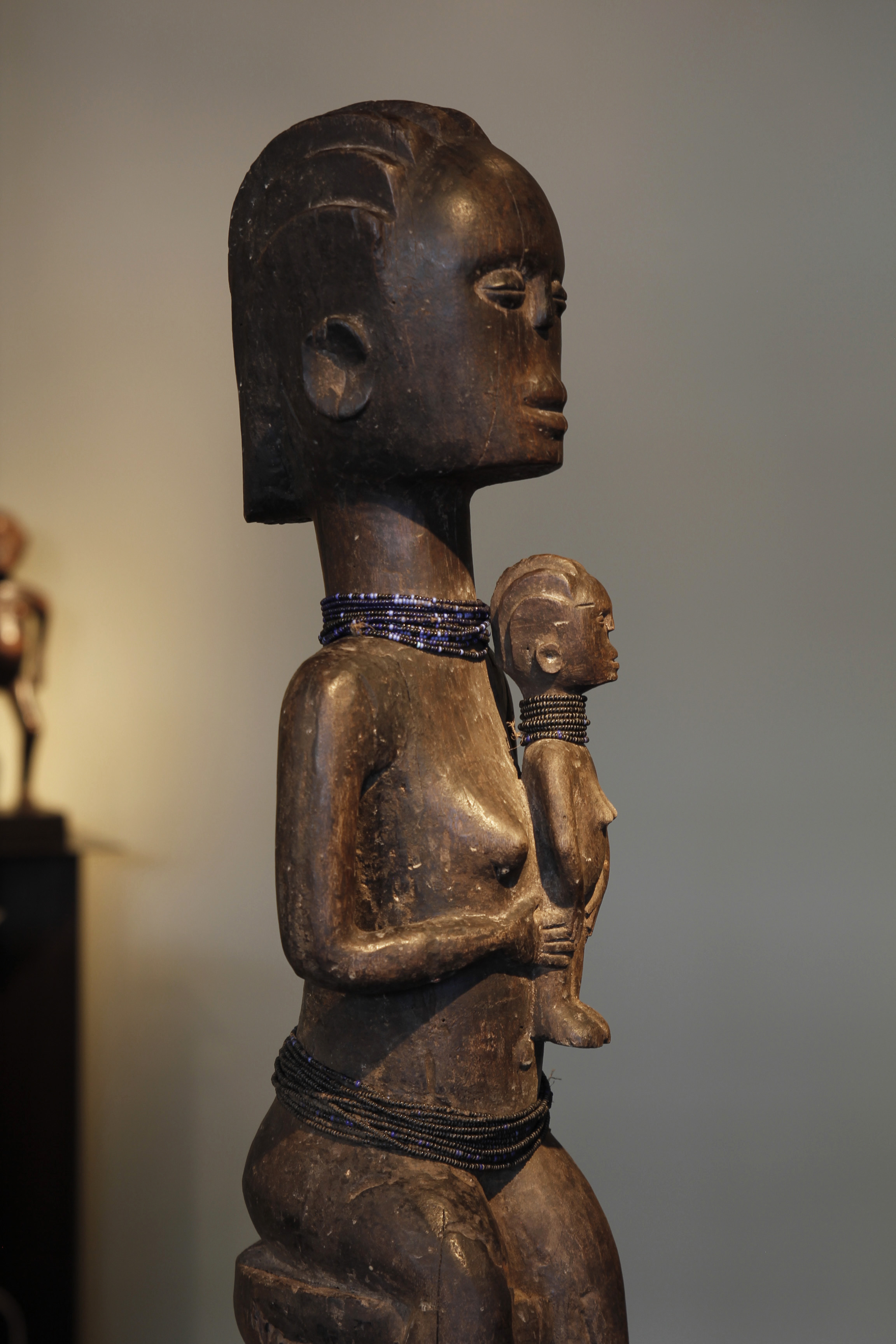 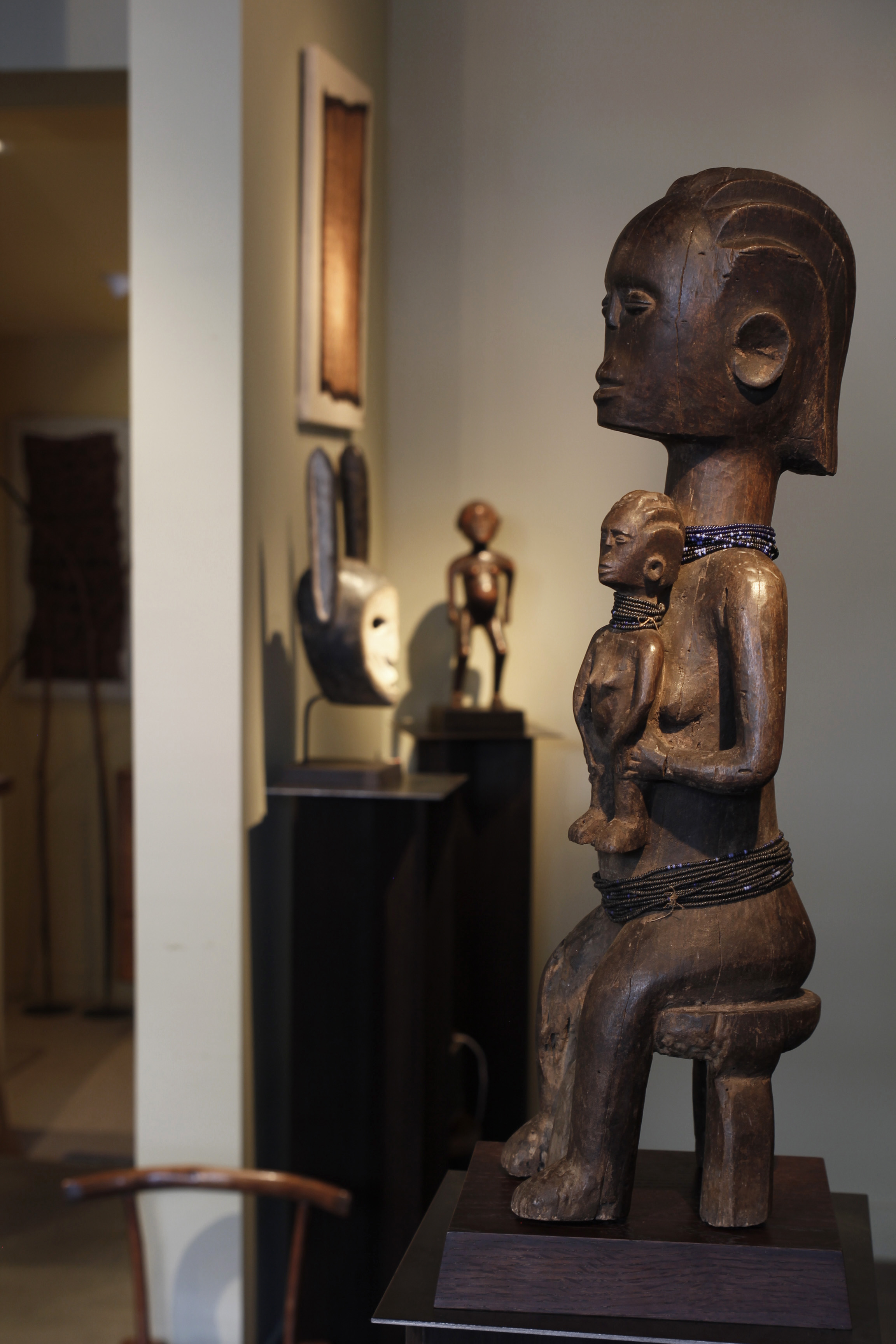 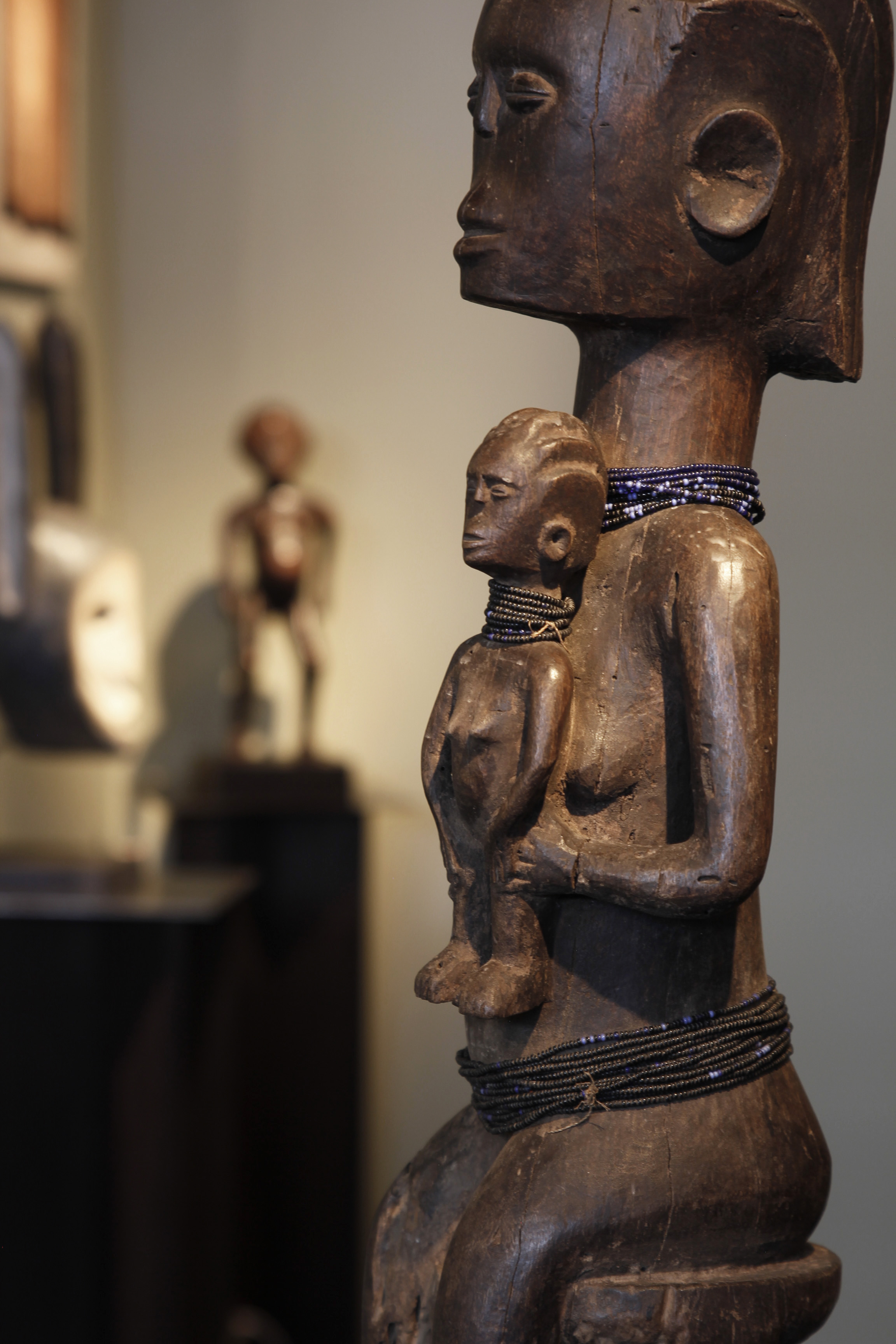 This fine large Kwere figure, depicting a mother and child, has wonderful presence. Sitting on a three legged stool in a proud and upright stance, the mother delicately holds her child, also a female, by the hips. Her slightly raised head is crowned with a multi-parted coiffure traditionally worn by Kwere women from around the 1930's- 1940's, and strings of blue and black glass beads adorn her neck and abdomen area. The child, represented in a standing upright position position, echoes the hairstyle and blue beaded necklace of their mother. 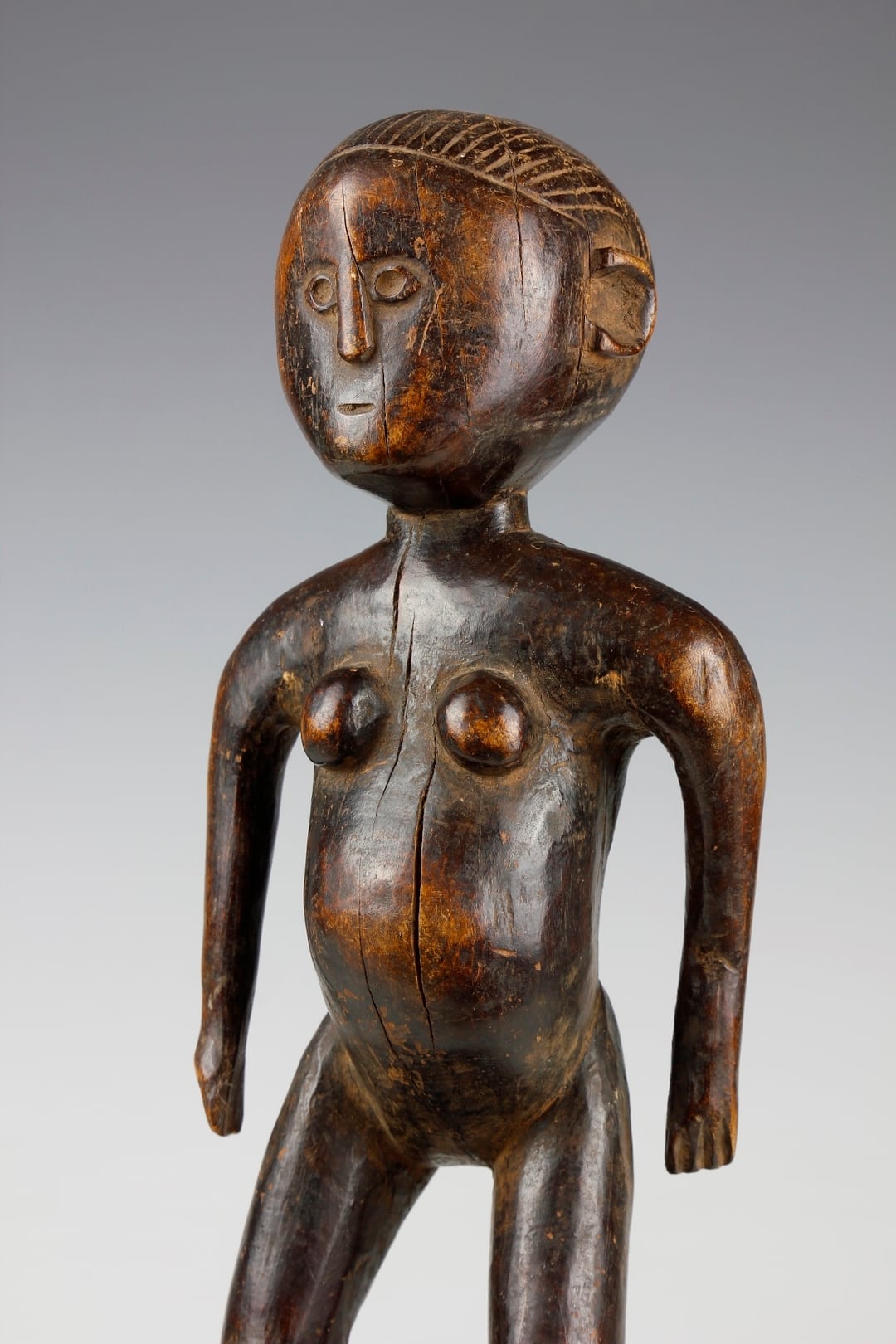