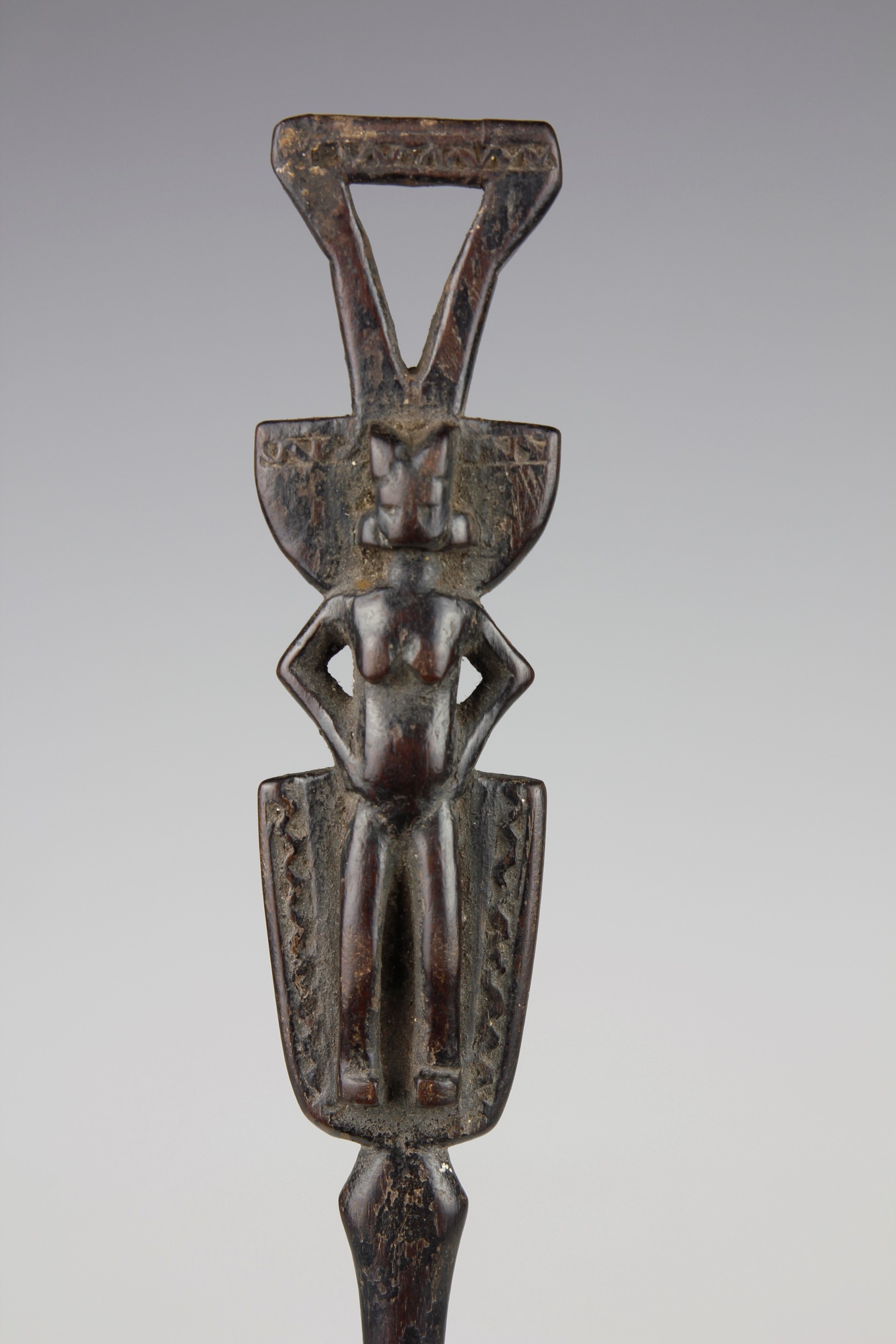 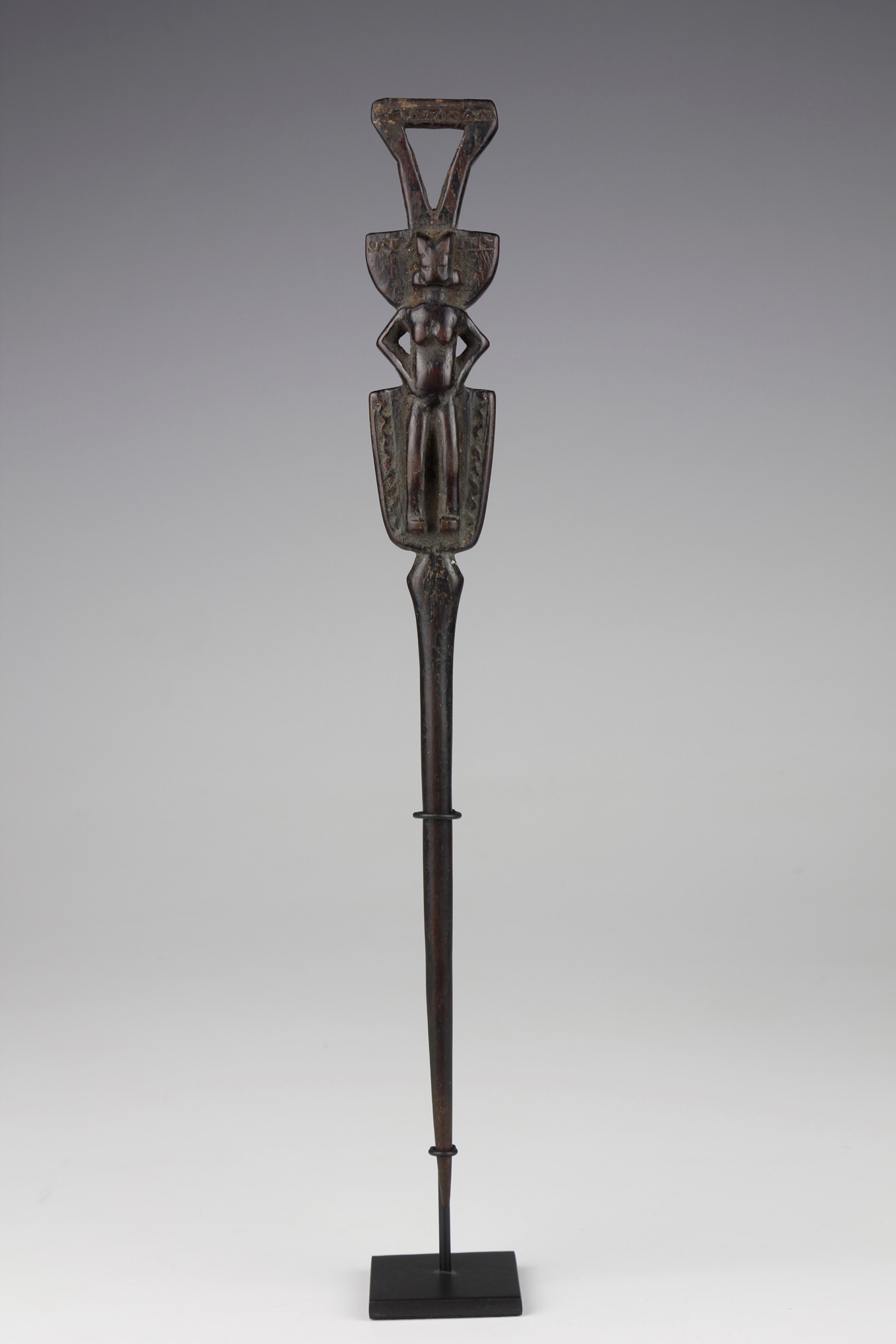 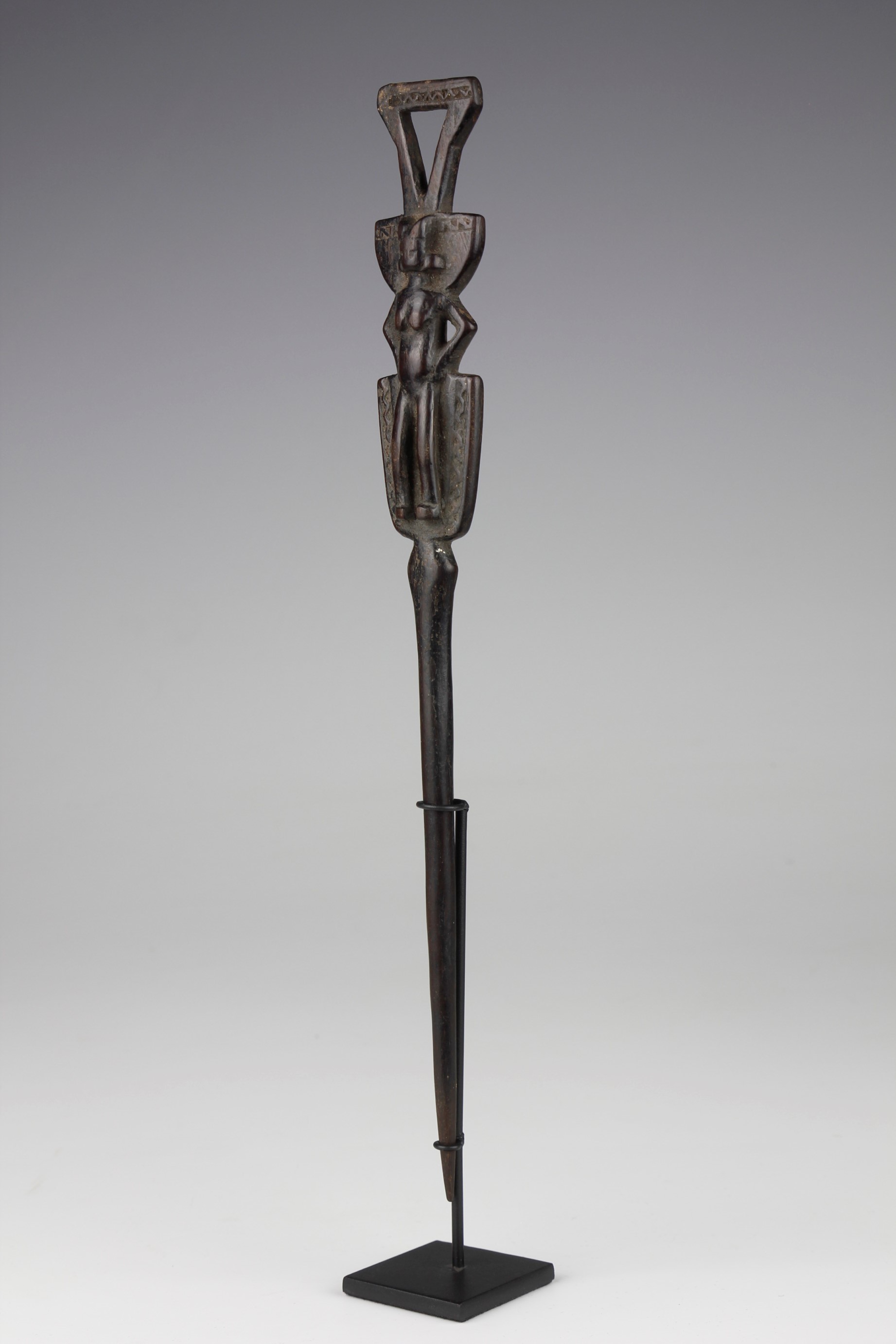 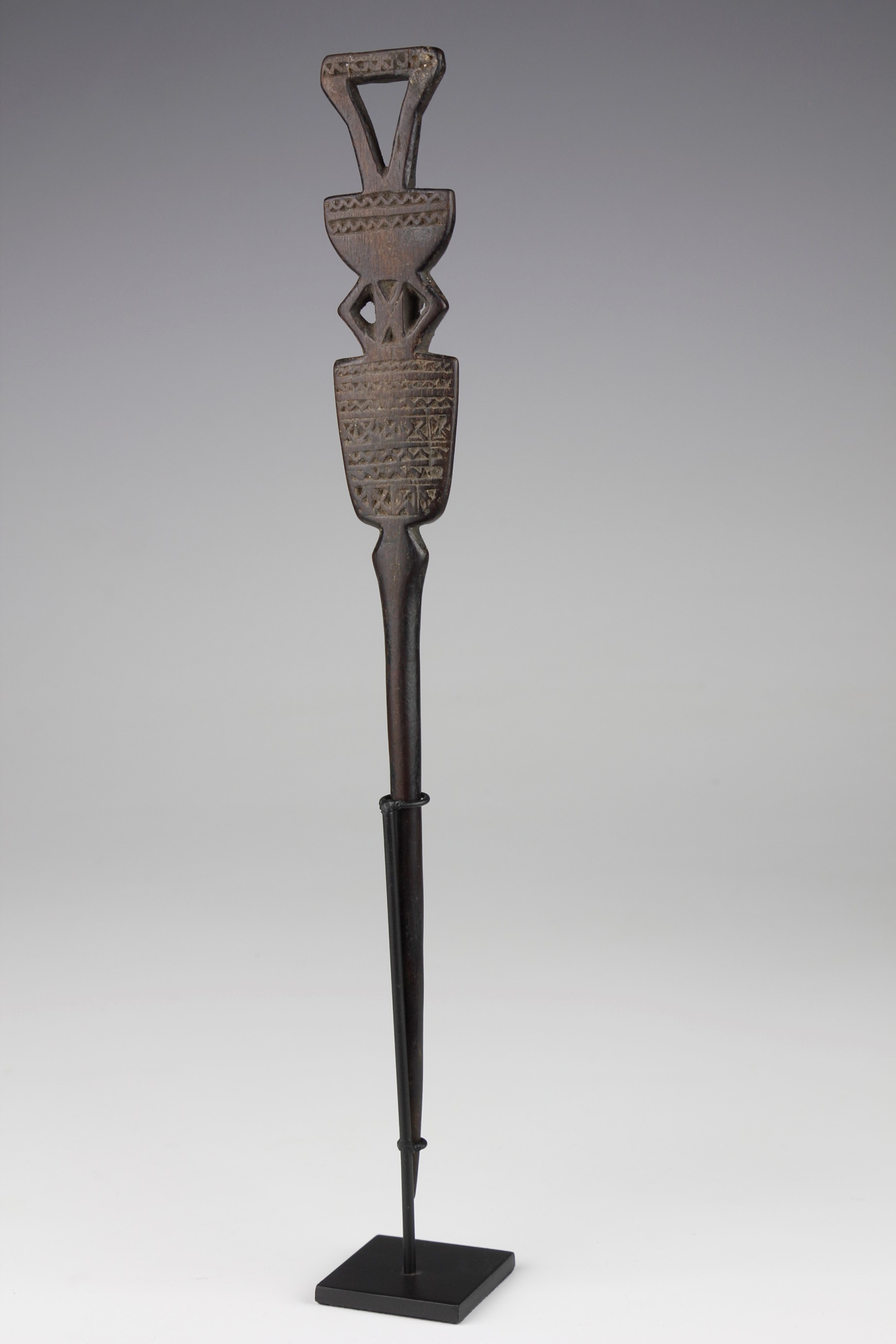 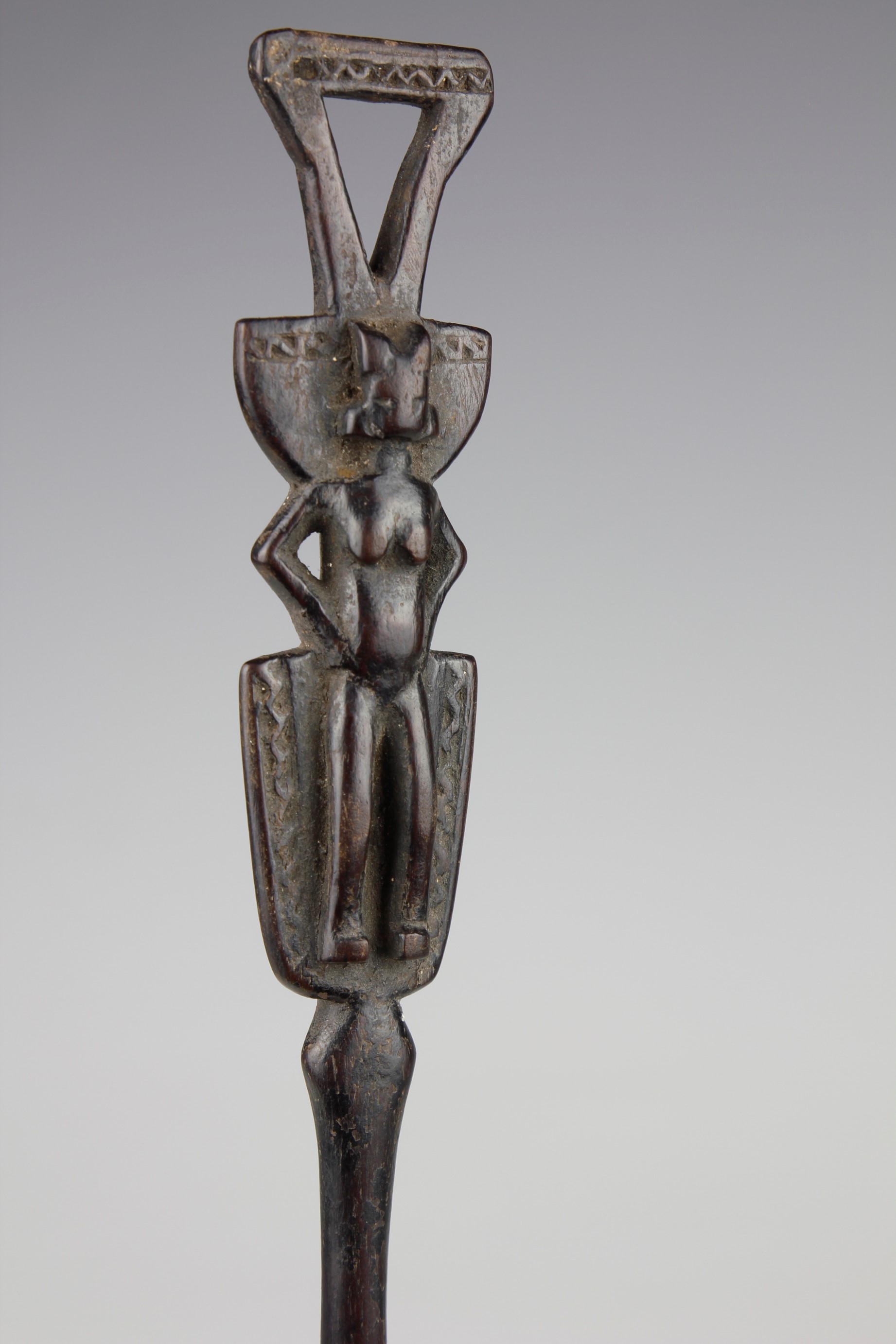 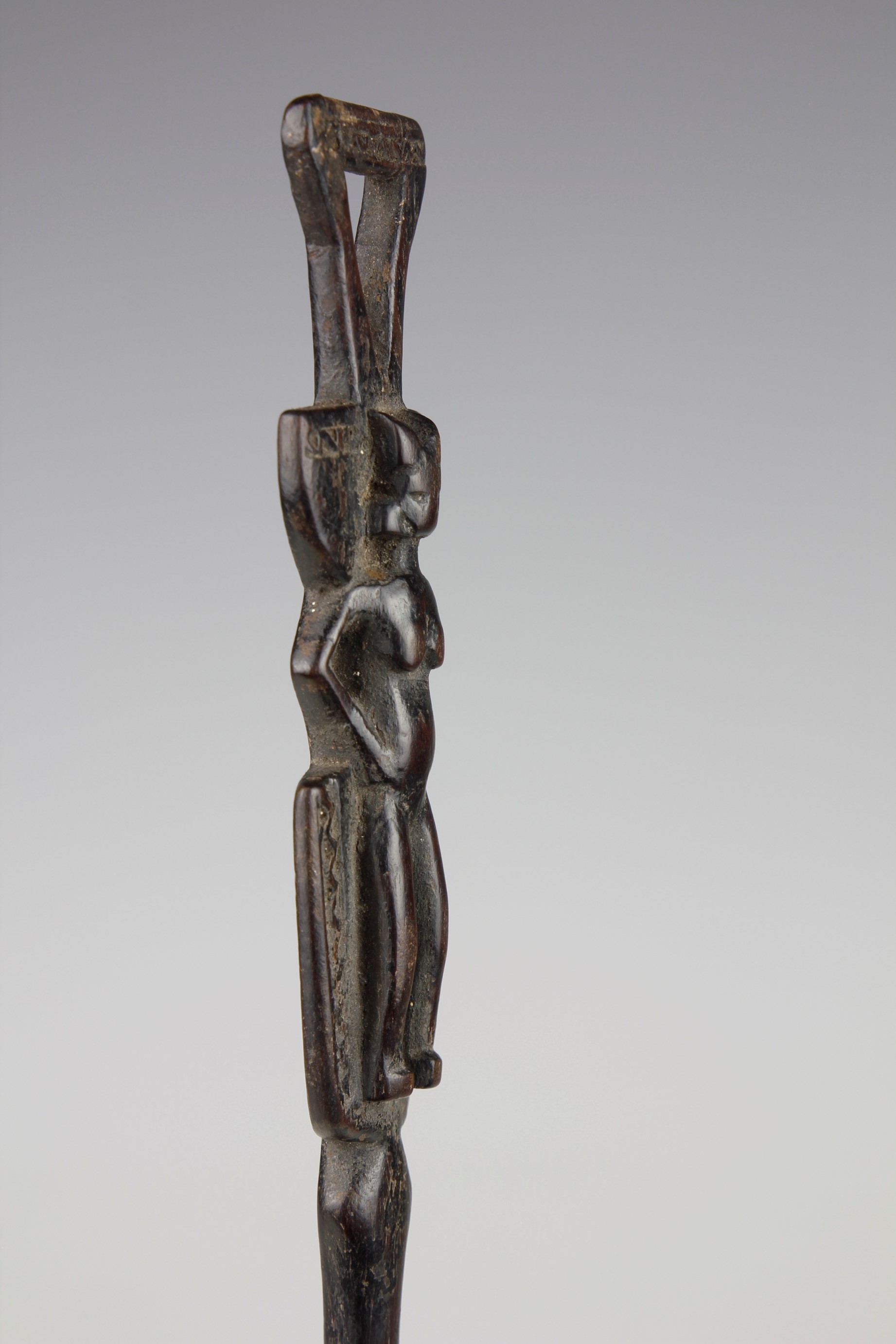 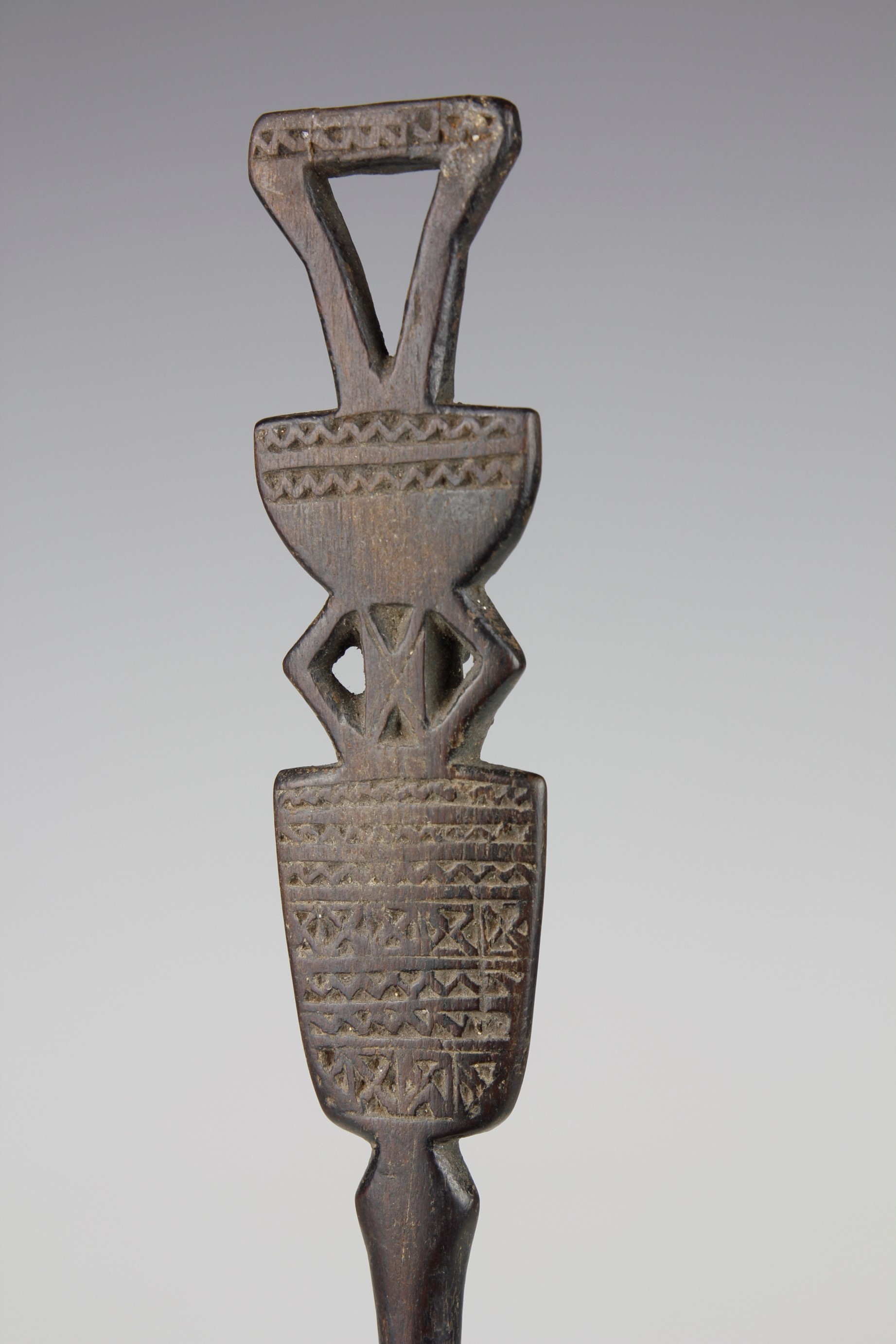 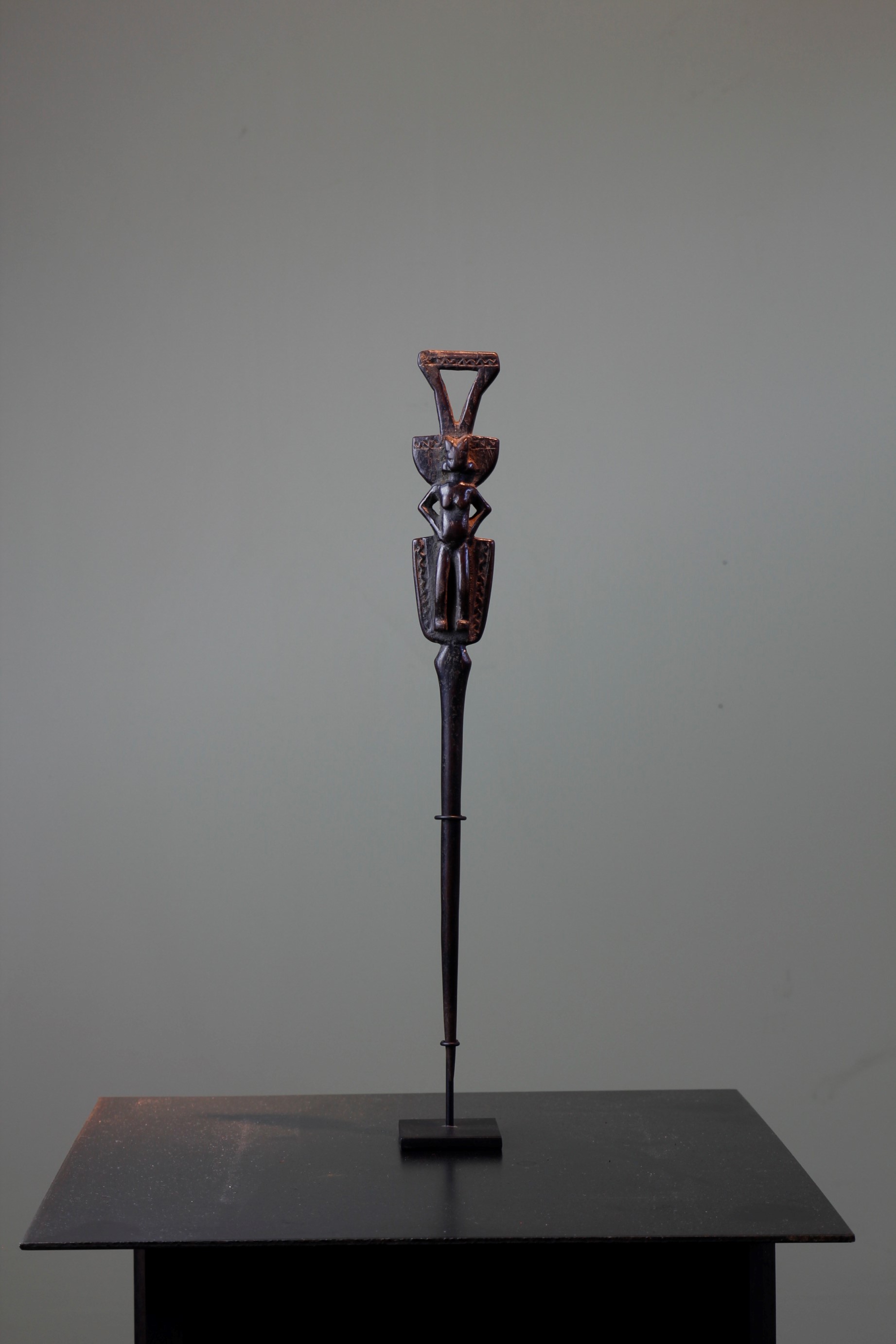 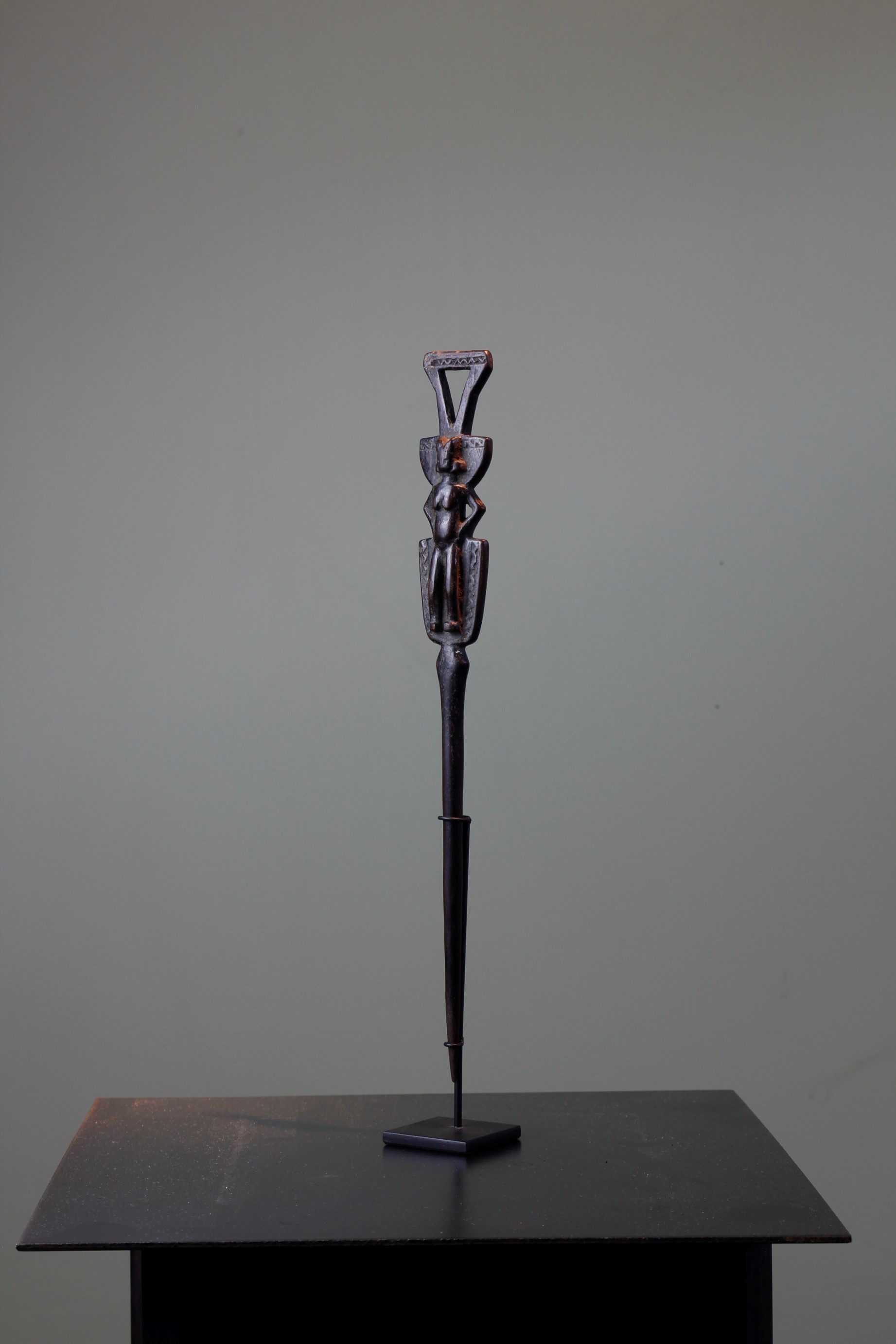 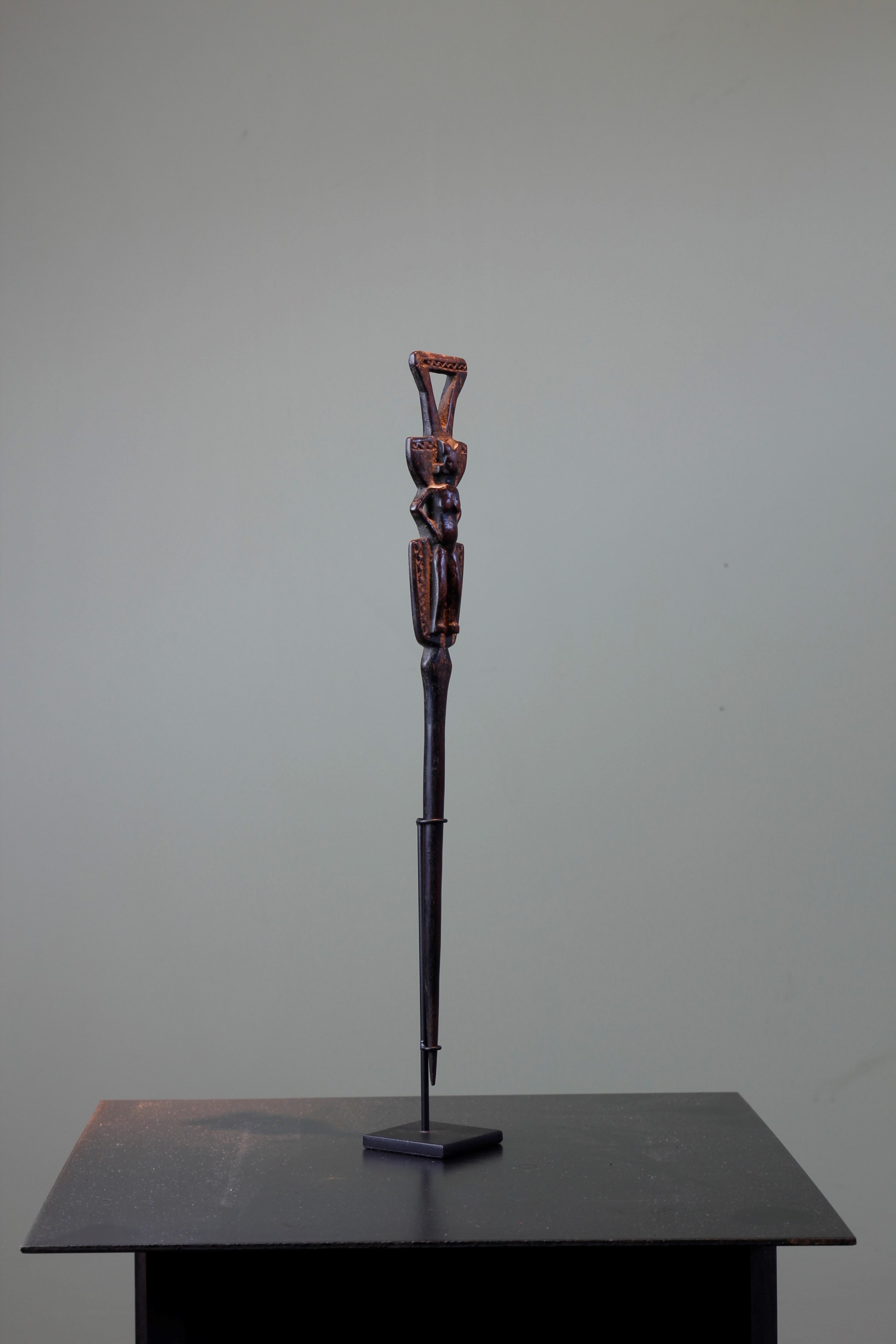 This hair pin depicts a female figure crowned with a pronounced double-parted coiffure - a particular hairstyle fashioned by women from the Kwere and neighbouring cultures along the coastal region of Tanzania. She stands in an upright position, with her hands resting on her hips.

Swahili designs - similar to those found on furniture and household items along the Tanzanian coast - feature at the front of the pin. Decorated on both sides, incised zigzag patterns adorn the back of the pin. Over time, the pin has developed a beautiful worn surface patina. 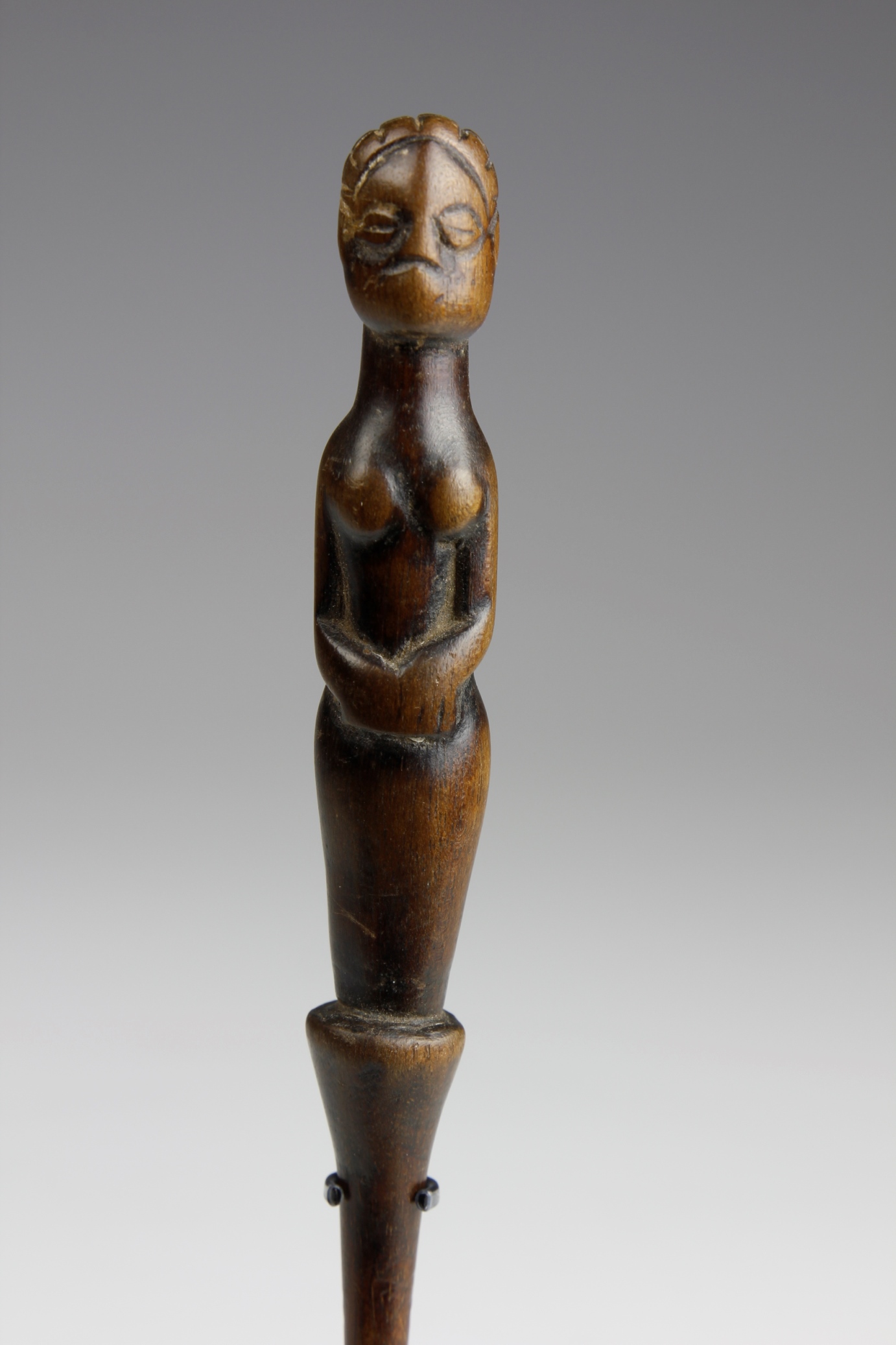 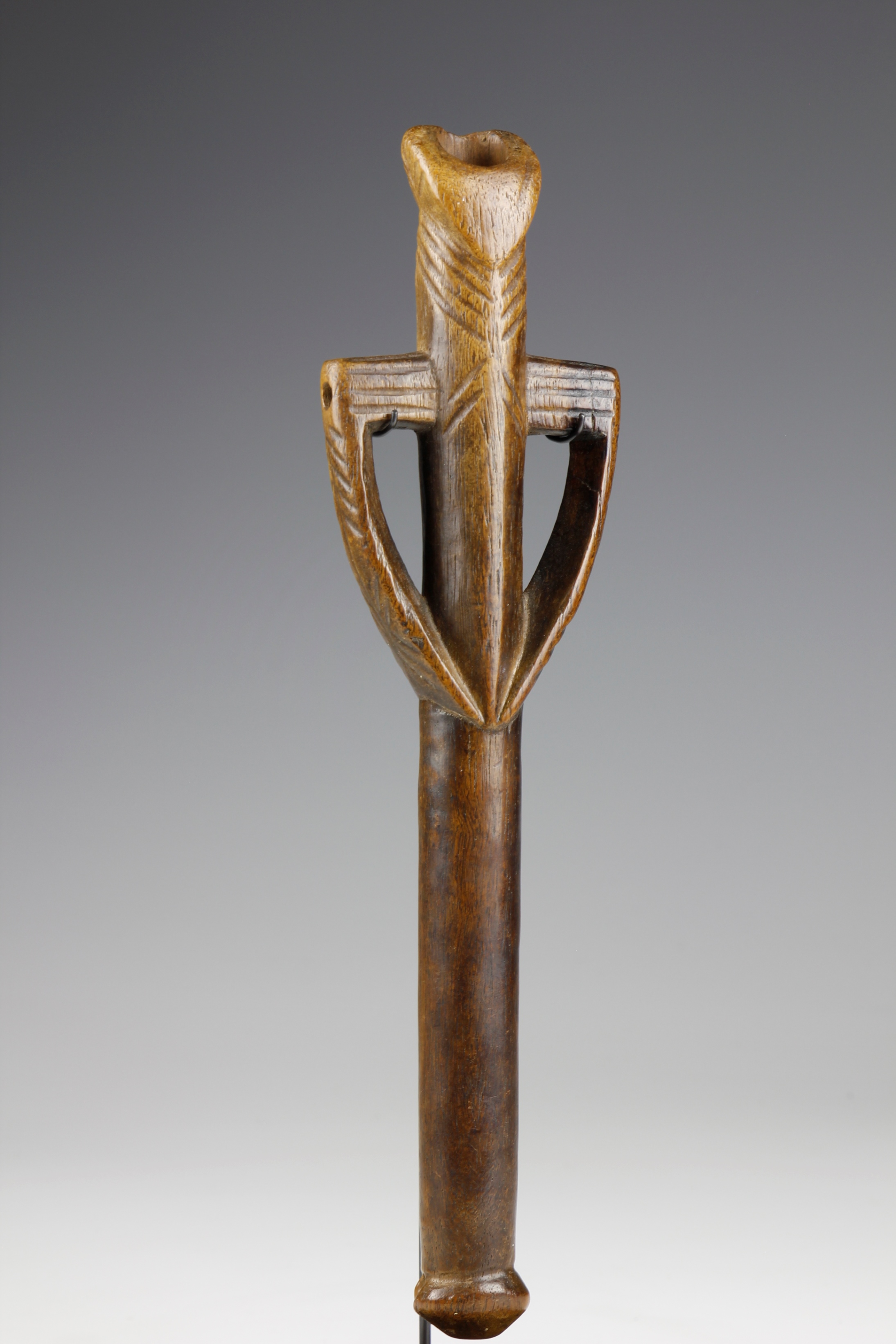