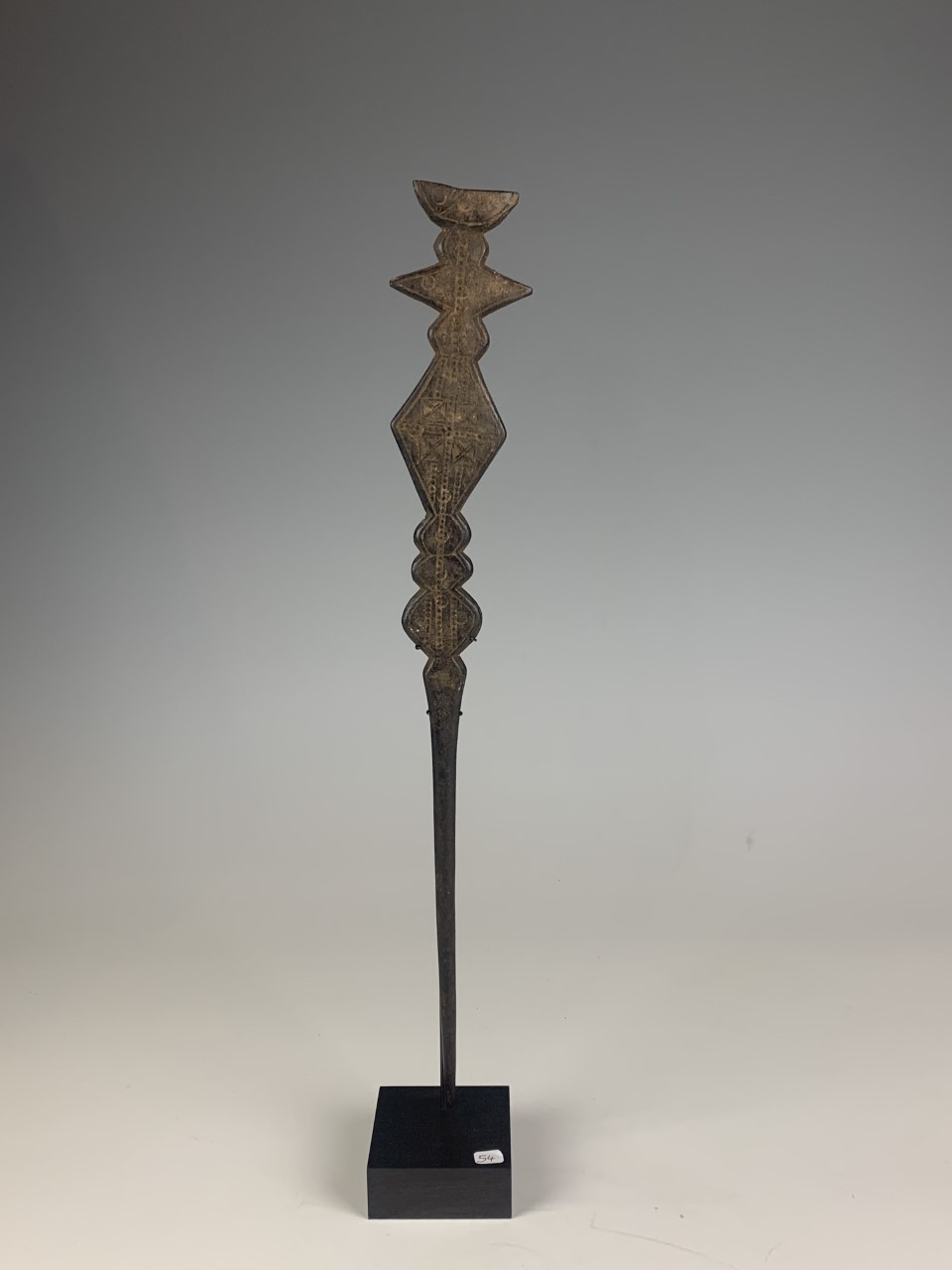 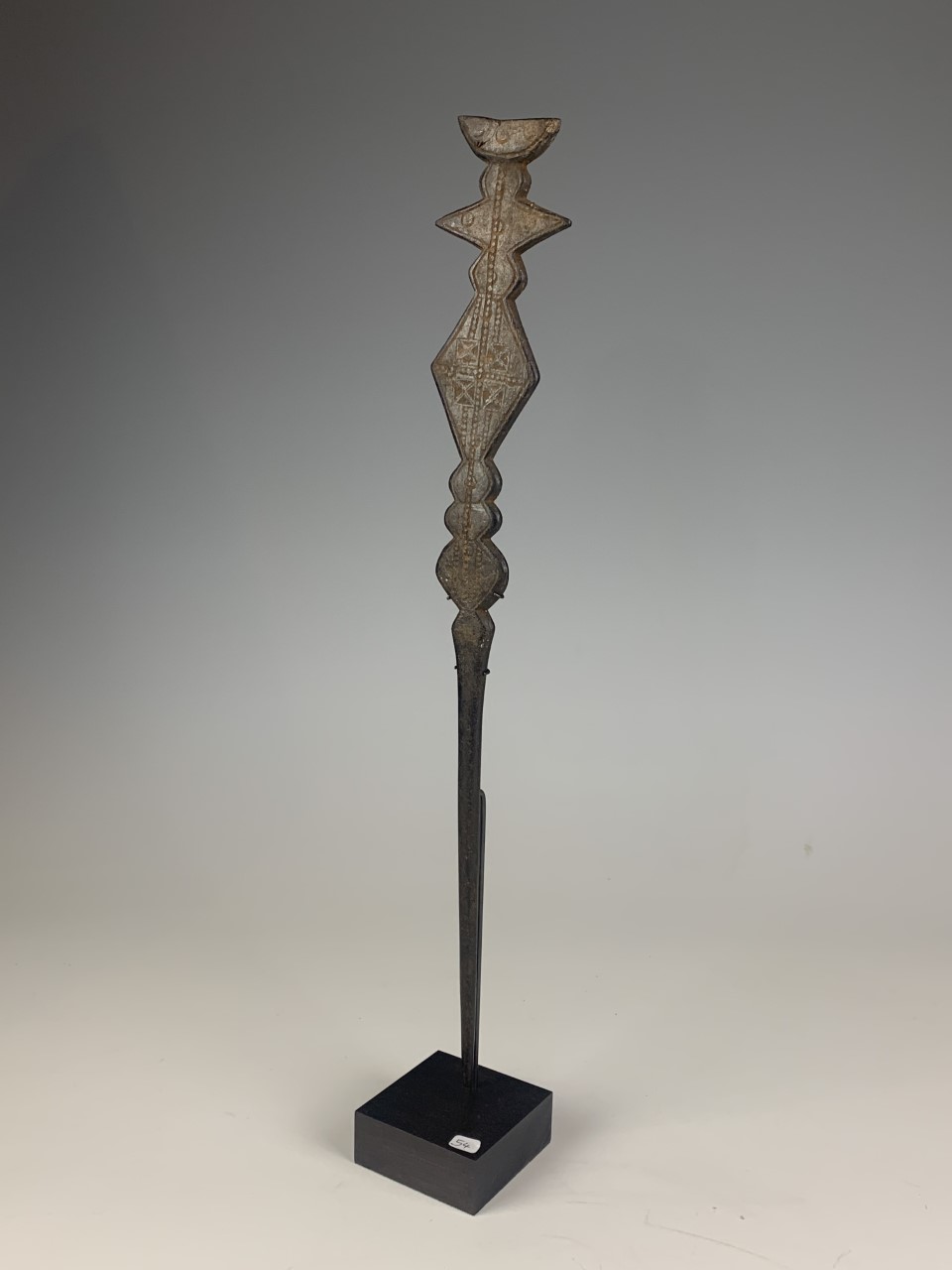 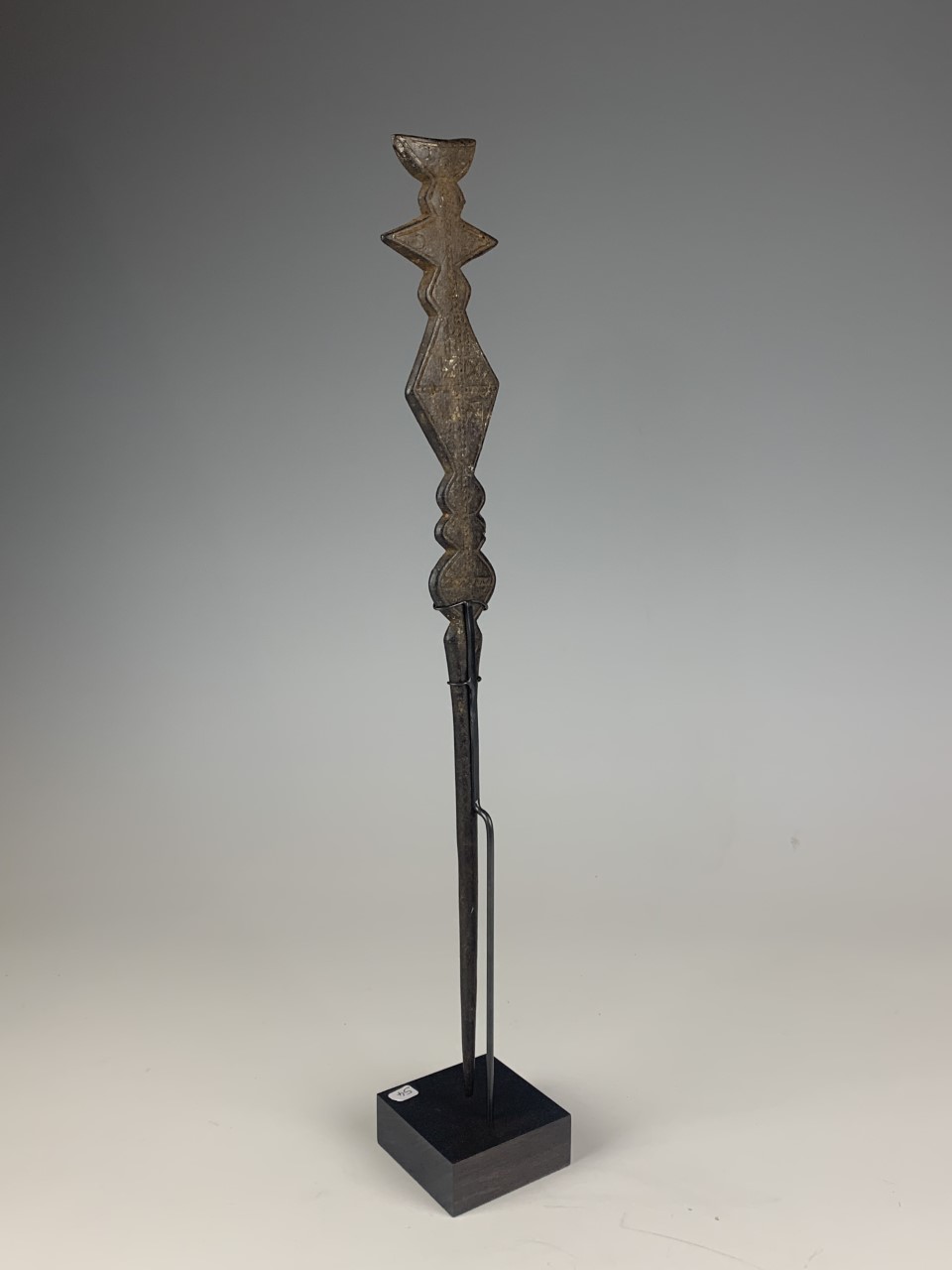 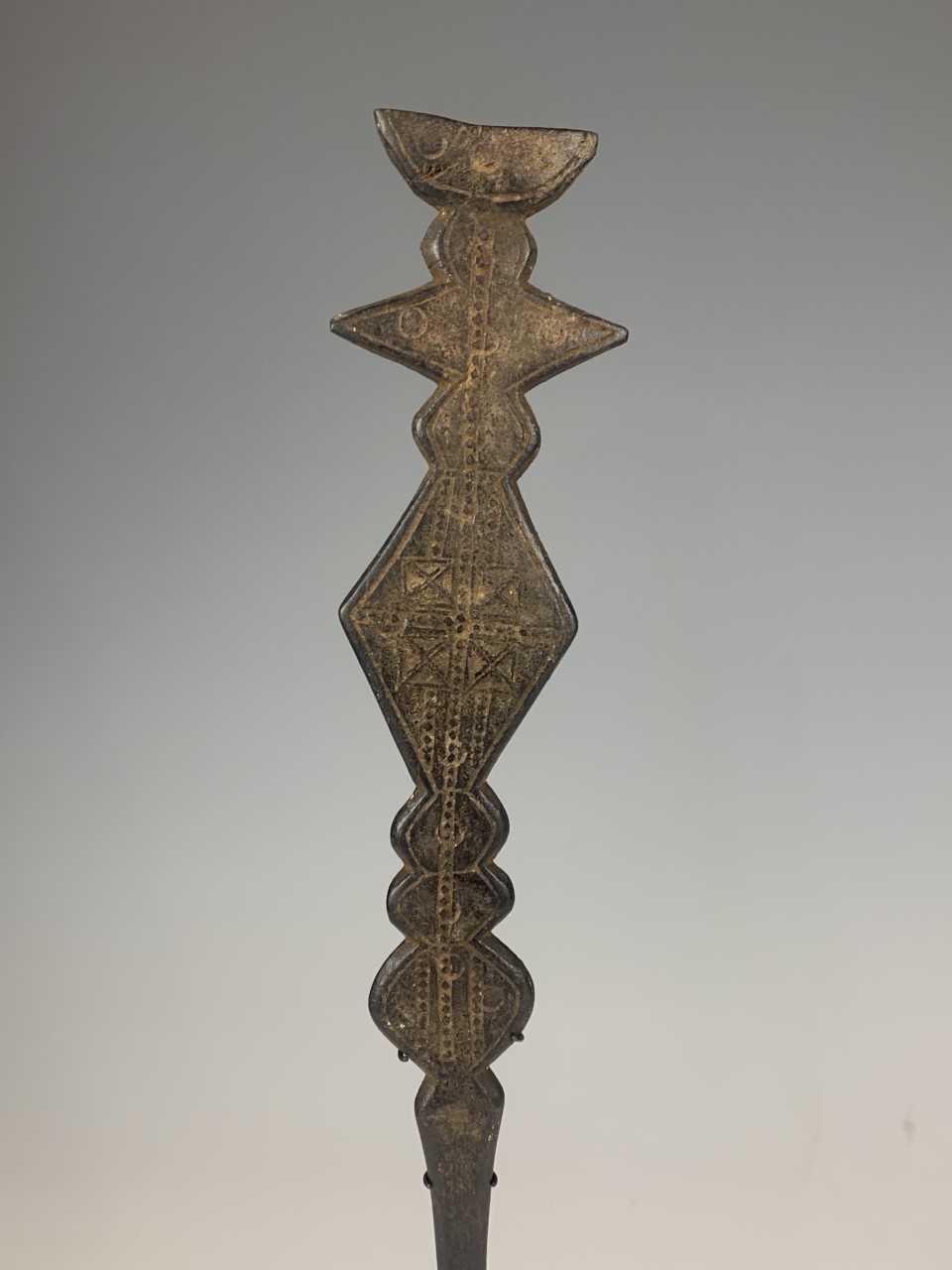 Finely carved into a geometric form, the finial of this long hair pin has been decorated on both sides with intricate Swahili designs, similar to those found on furniture and utilitarian items along the Tanzanian coast. 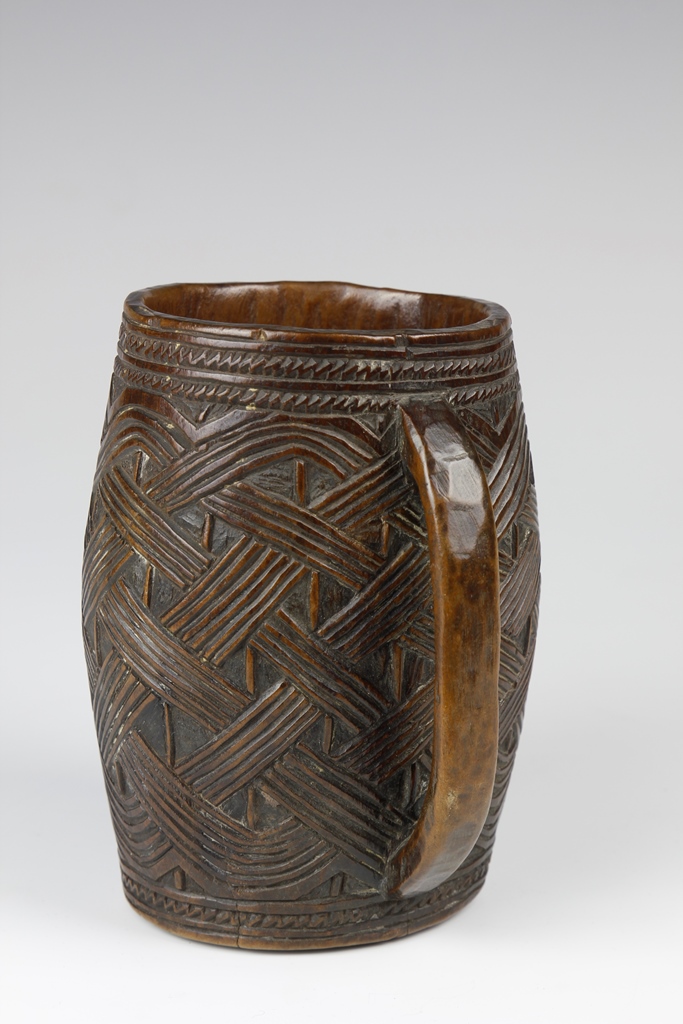 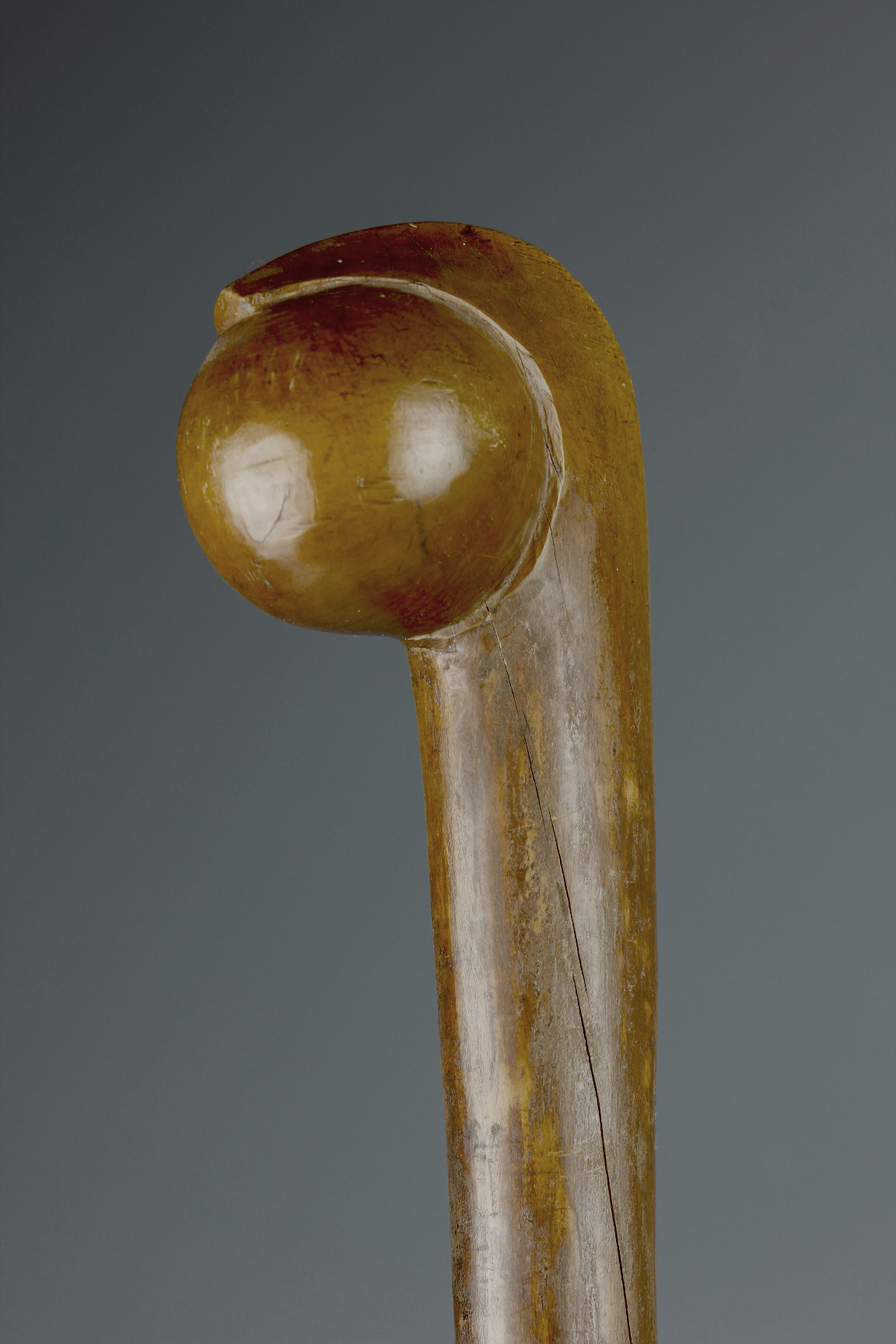 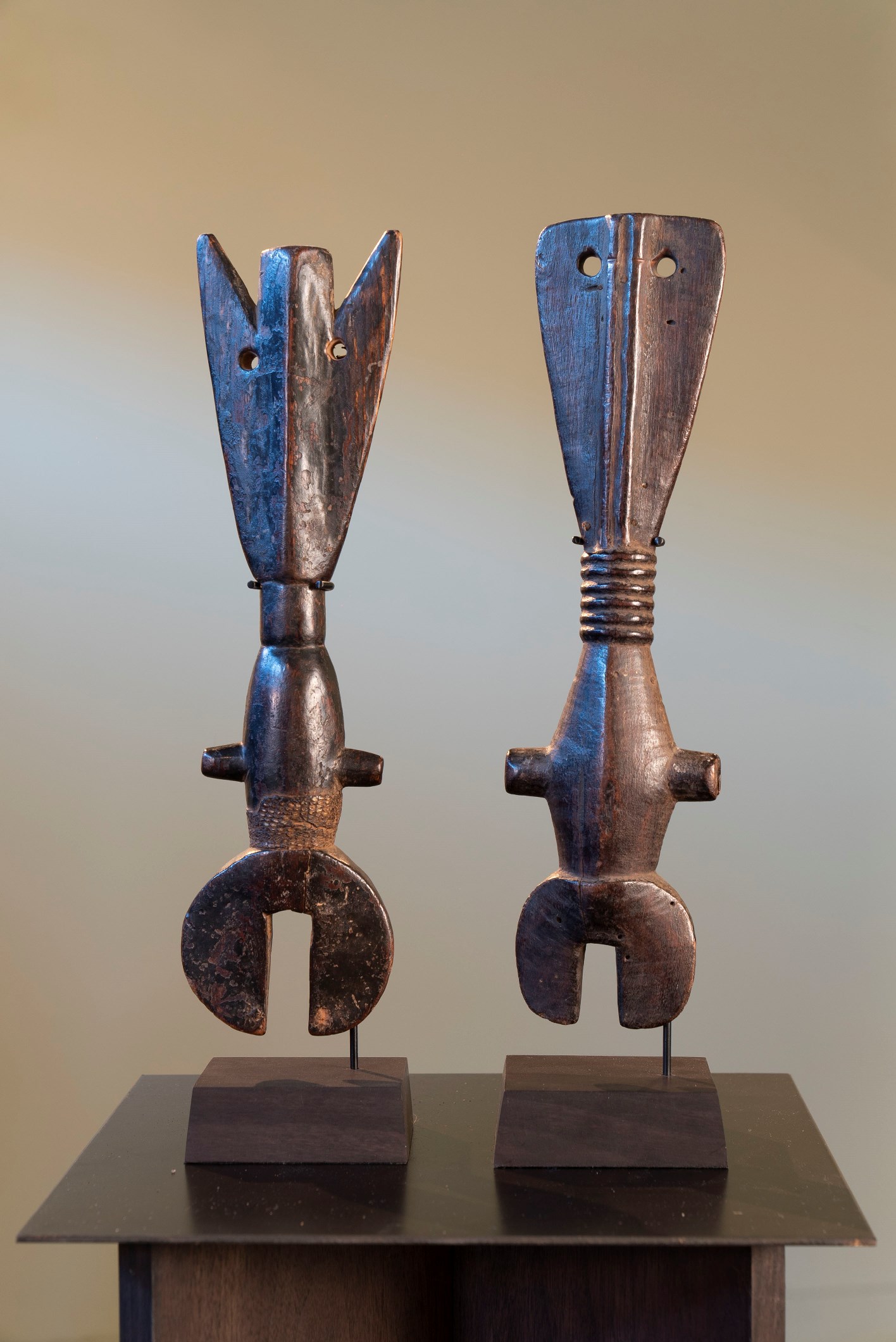 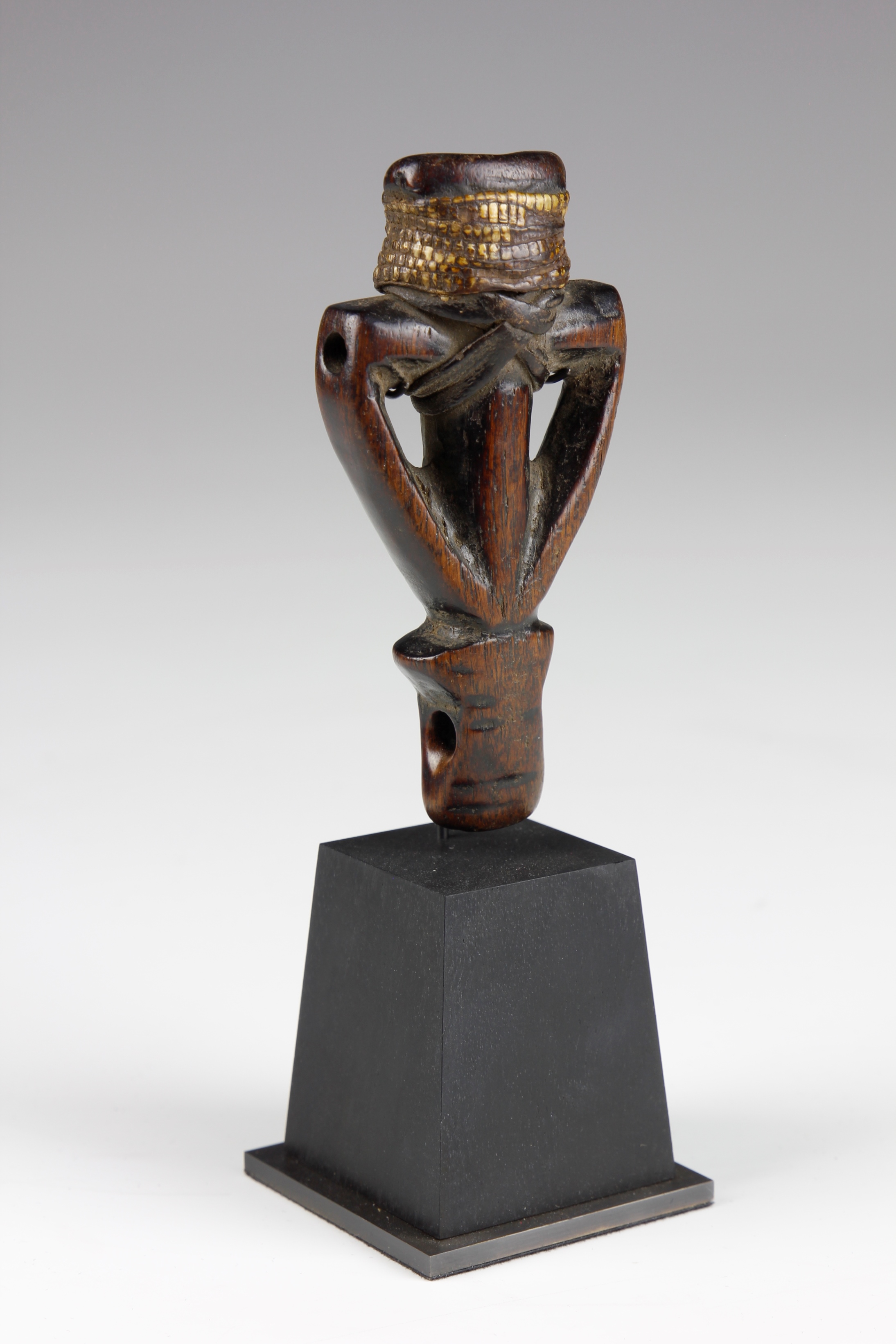