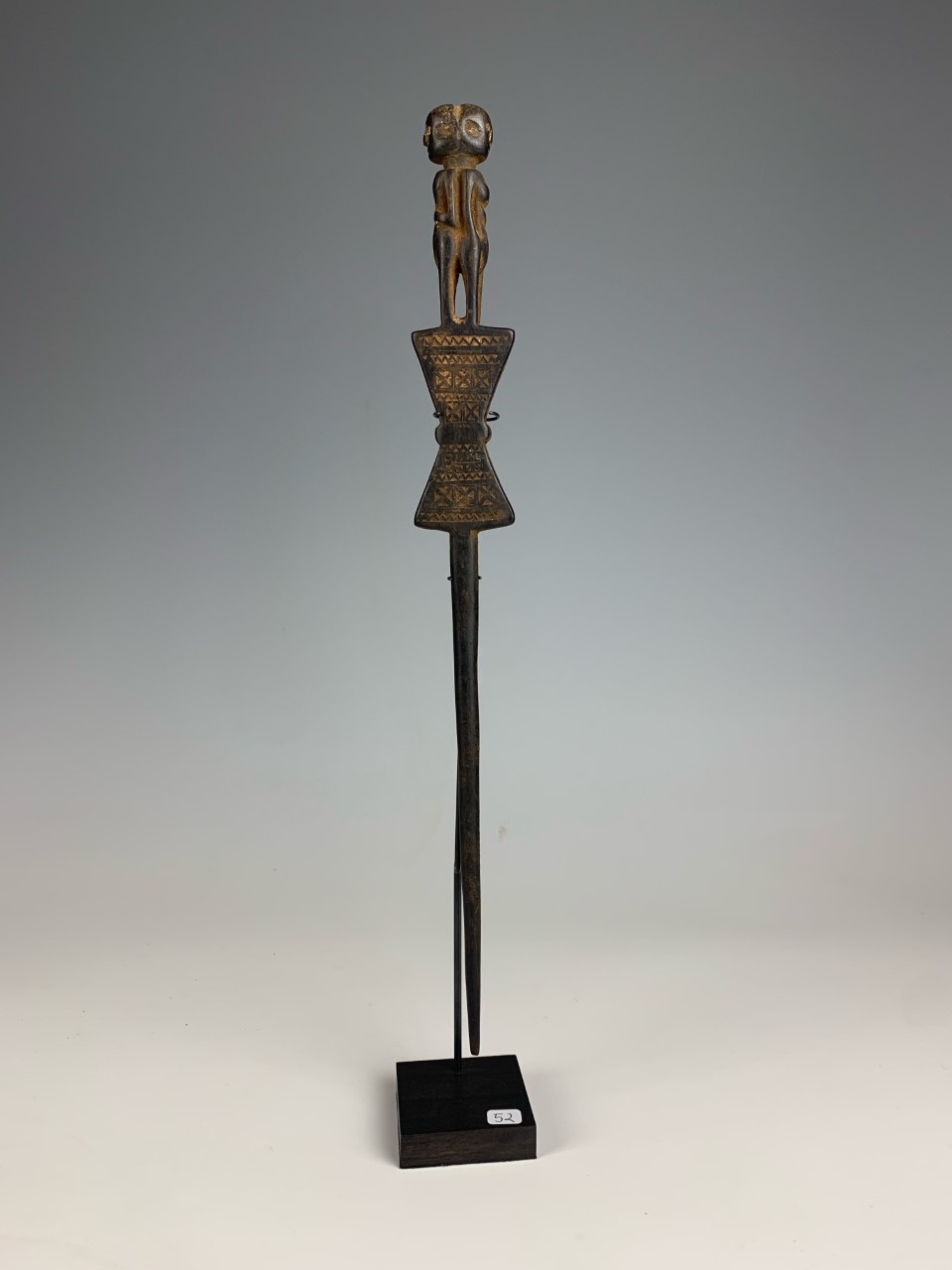 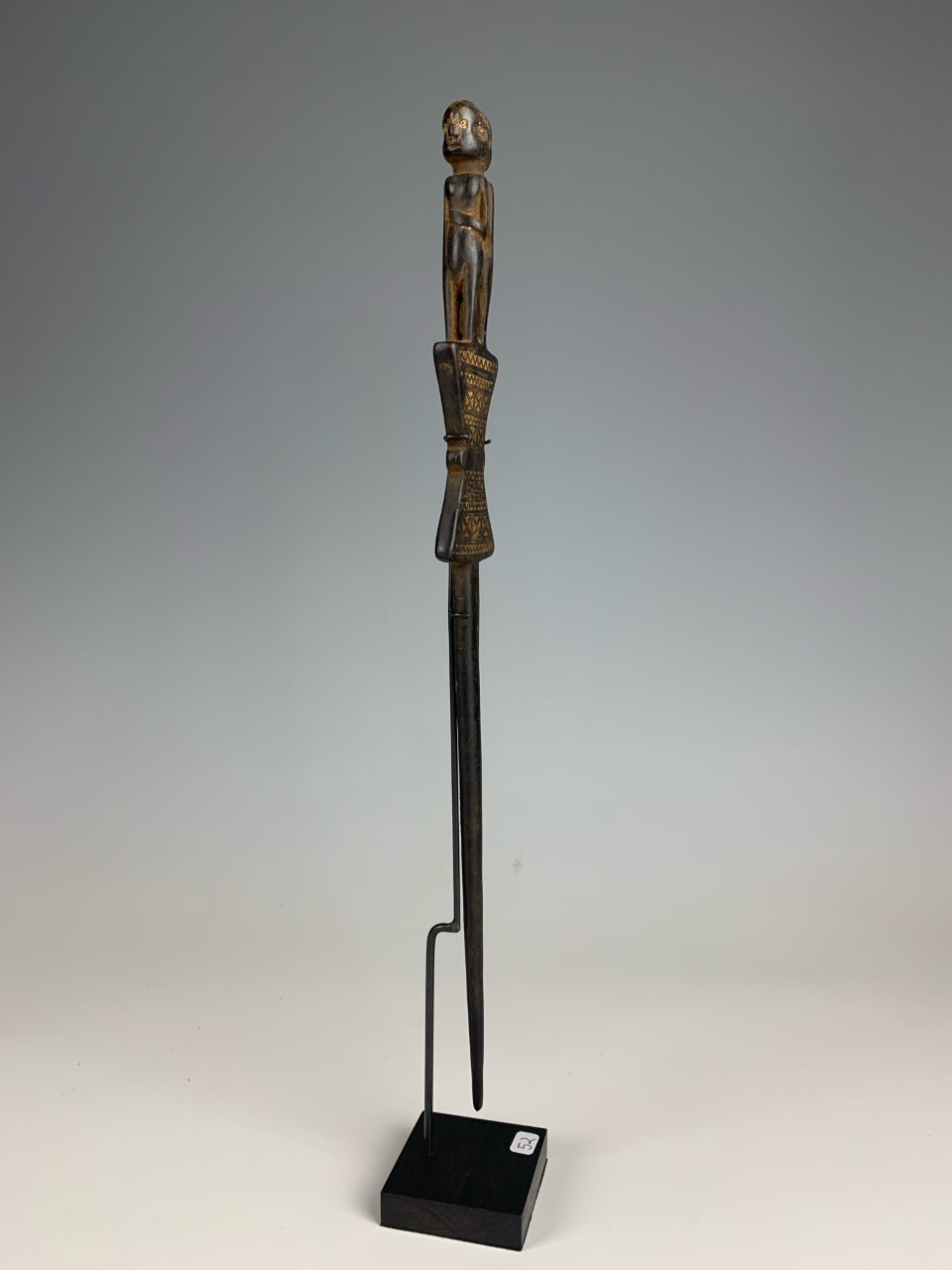 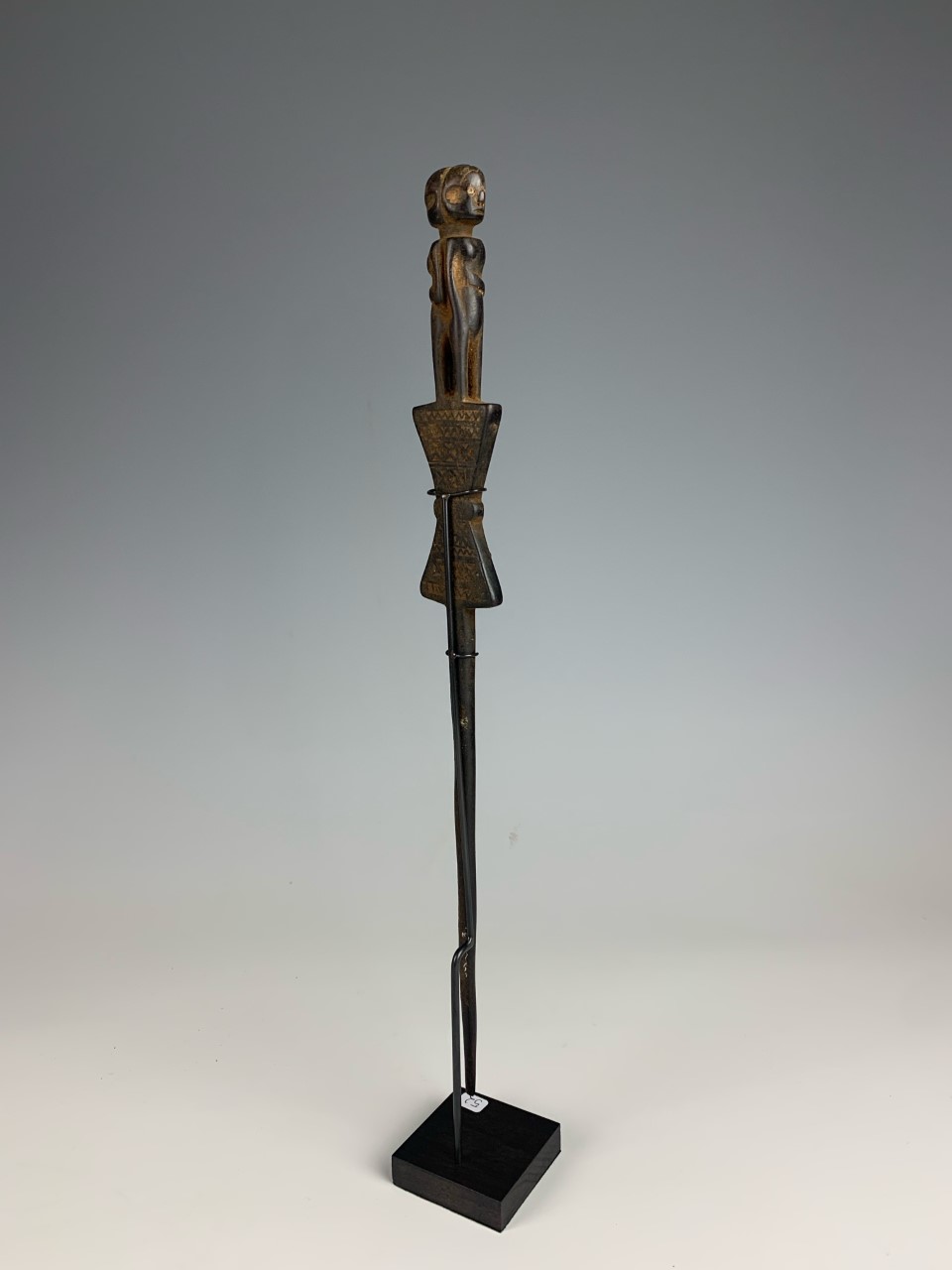 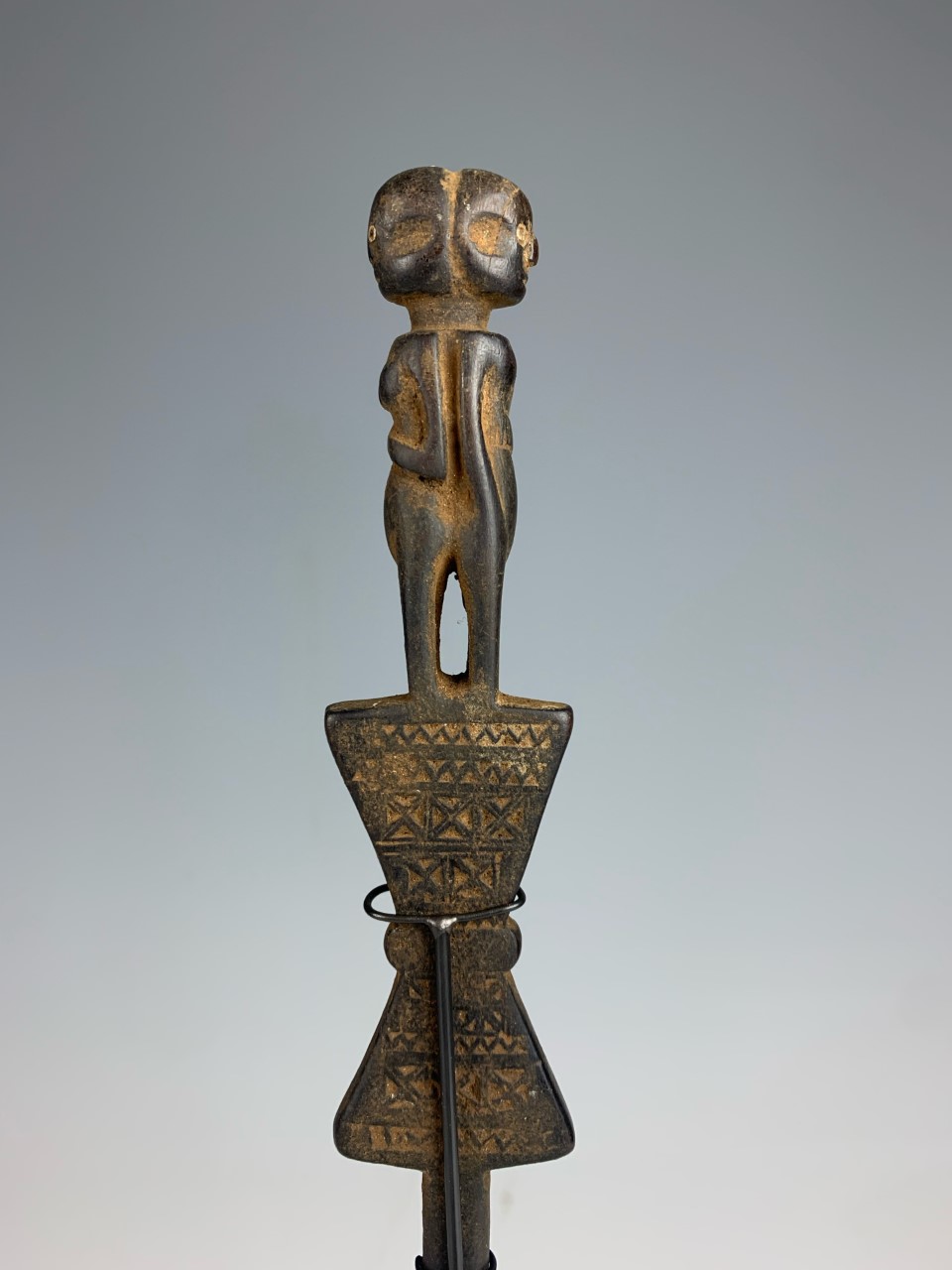 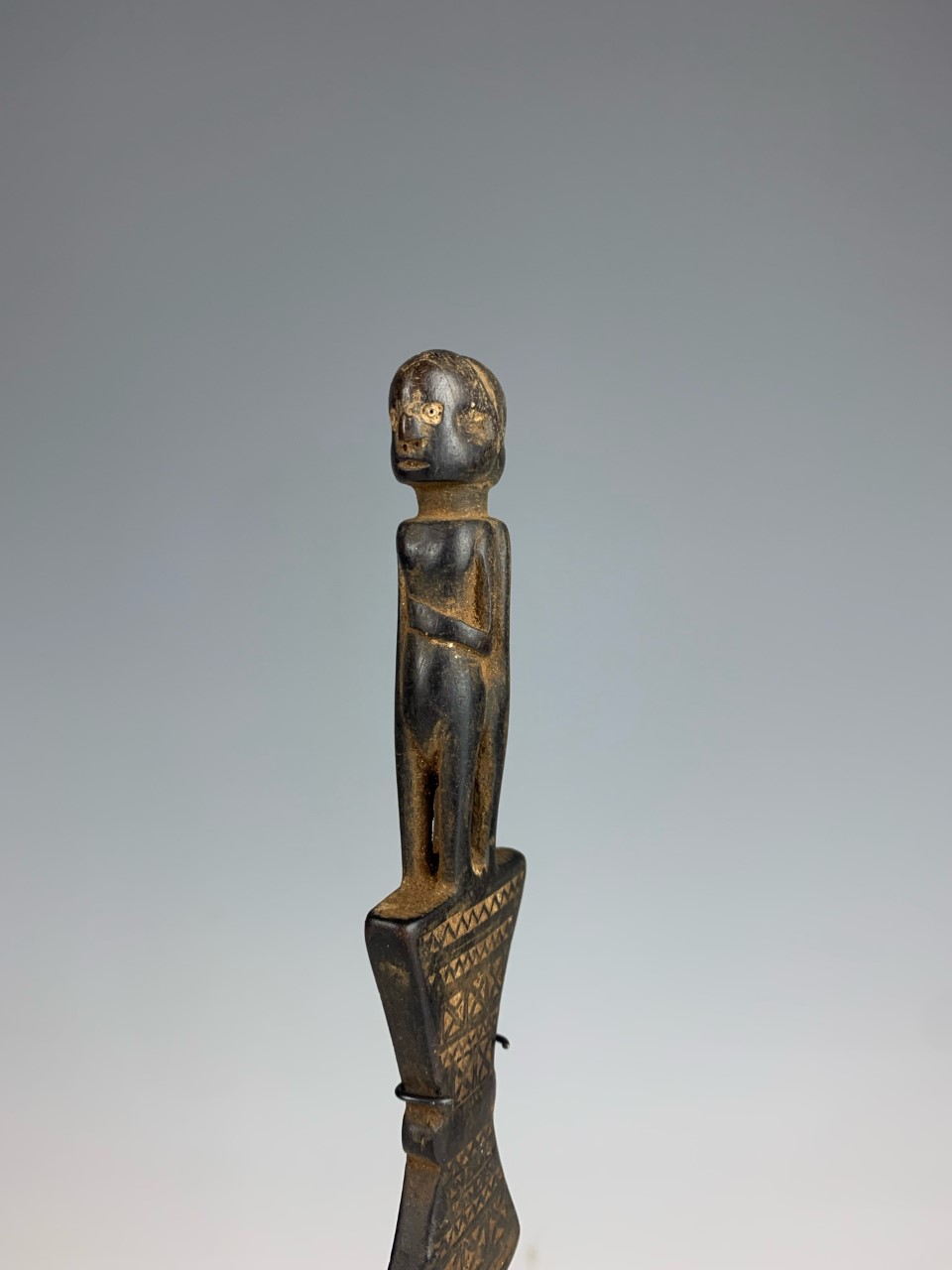 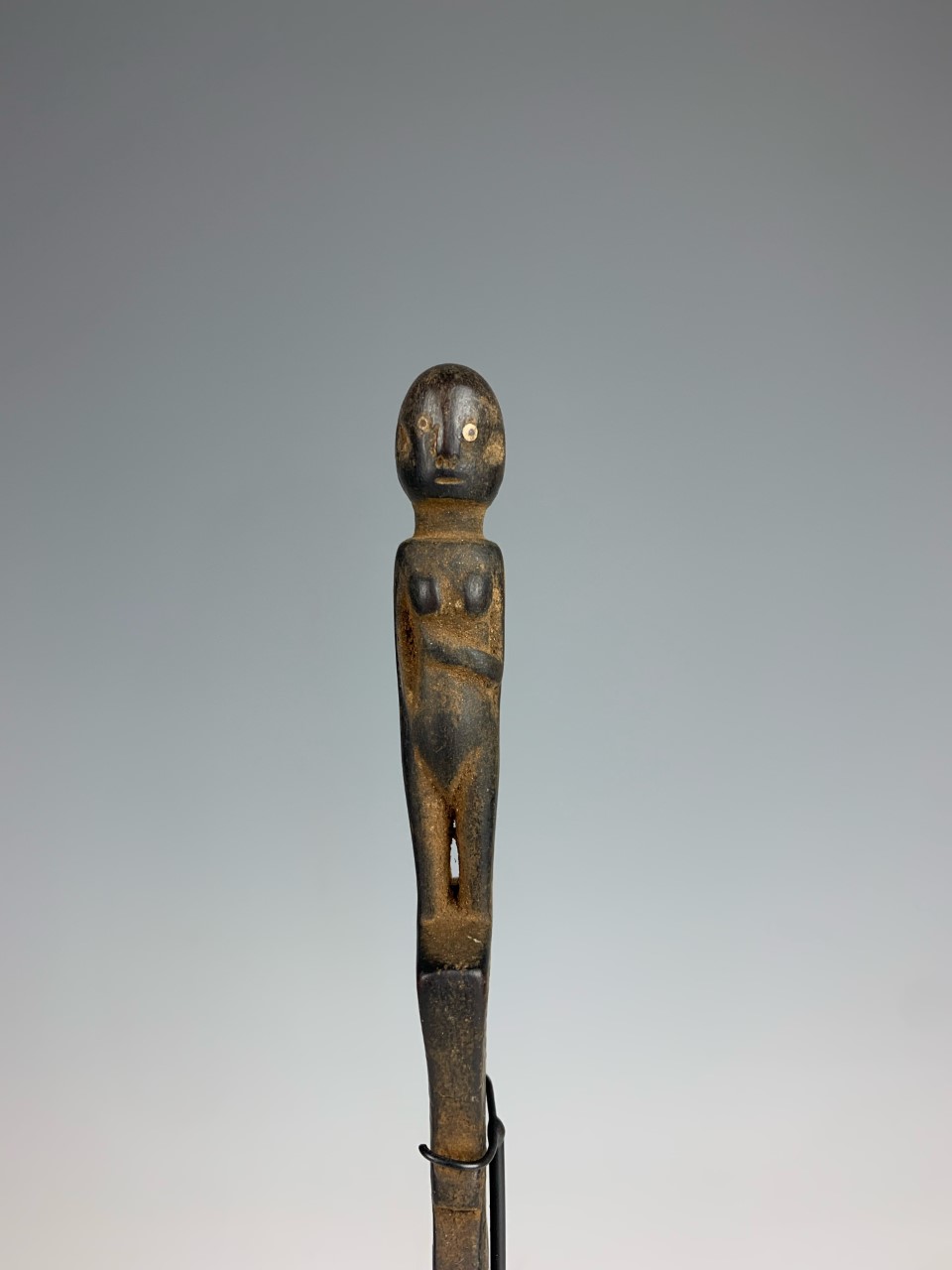 The finial of this Kwere hair pin features a carved geometric form, intricately decorated with raised Swahili designs. Above, two figures are depicted standing back-to-back, each facing outwardly with a pair of white-beaded eyes. One of the figures features a pair of breasts, demarcating the figure as female, who stands upright cradling her stomach in a gesture of fertility. The other, the male, has his arms resting on his side. Over time, the surface of the hair pin has developed a beautiful worn patina. 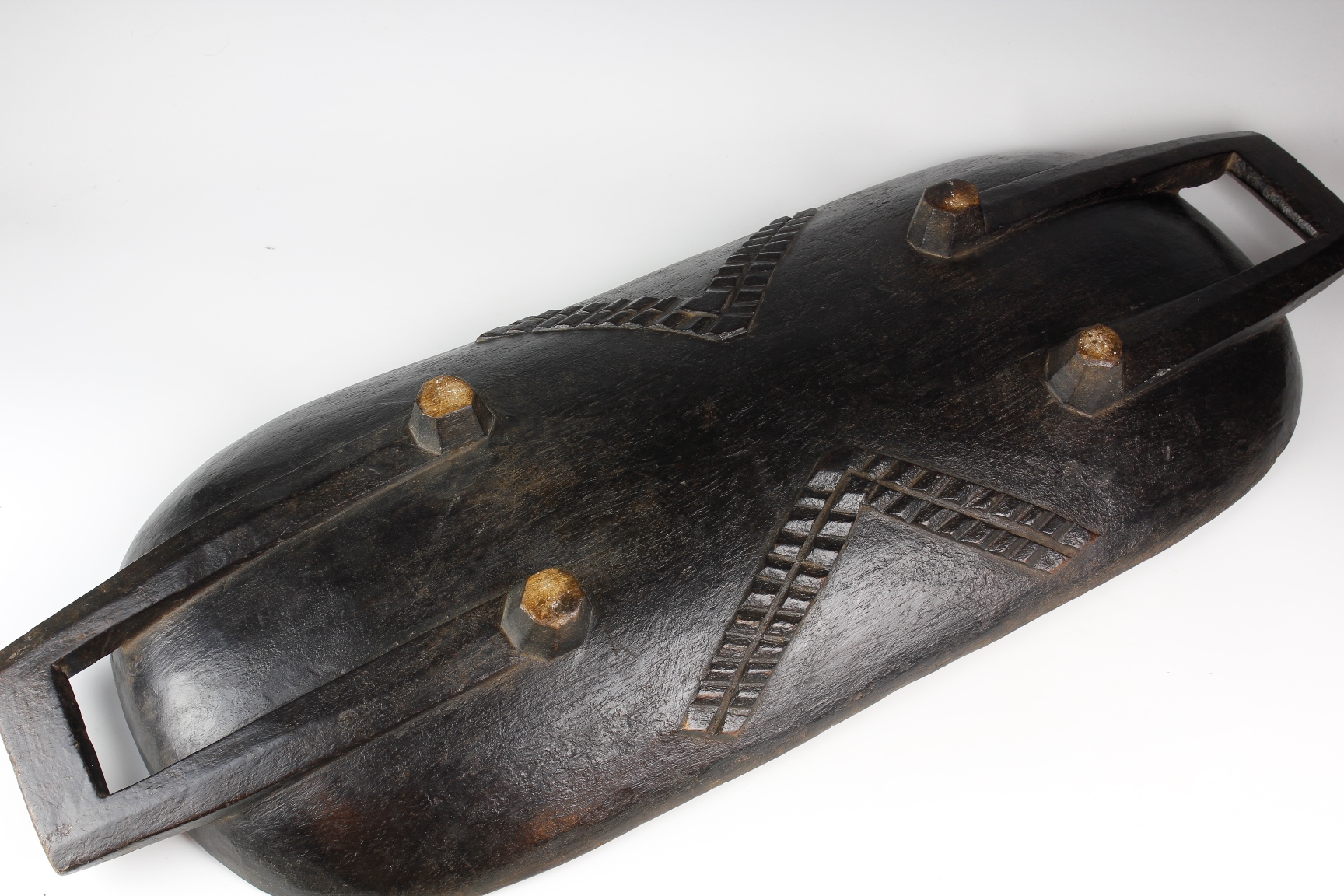 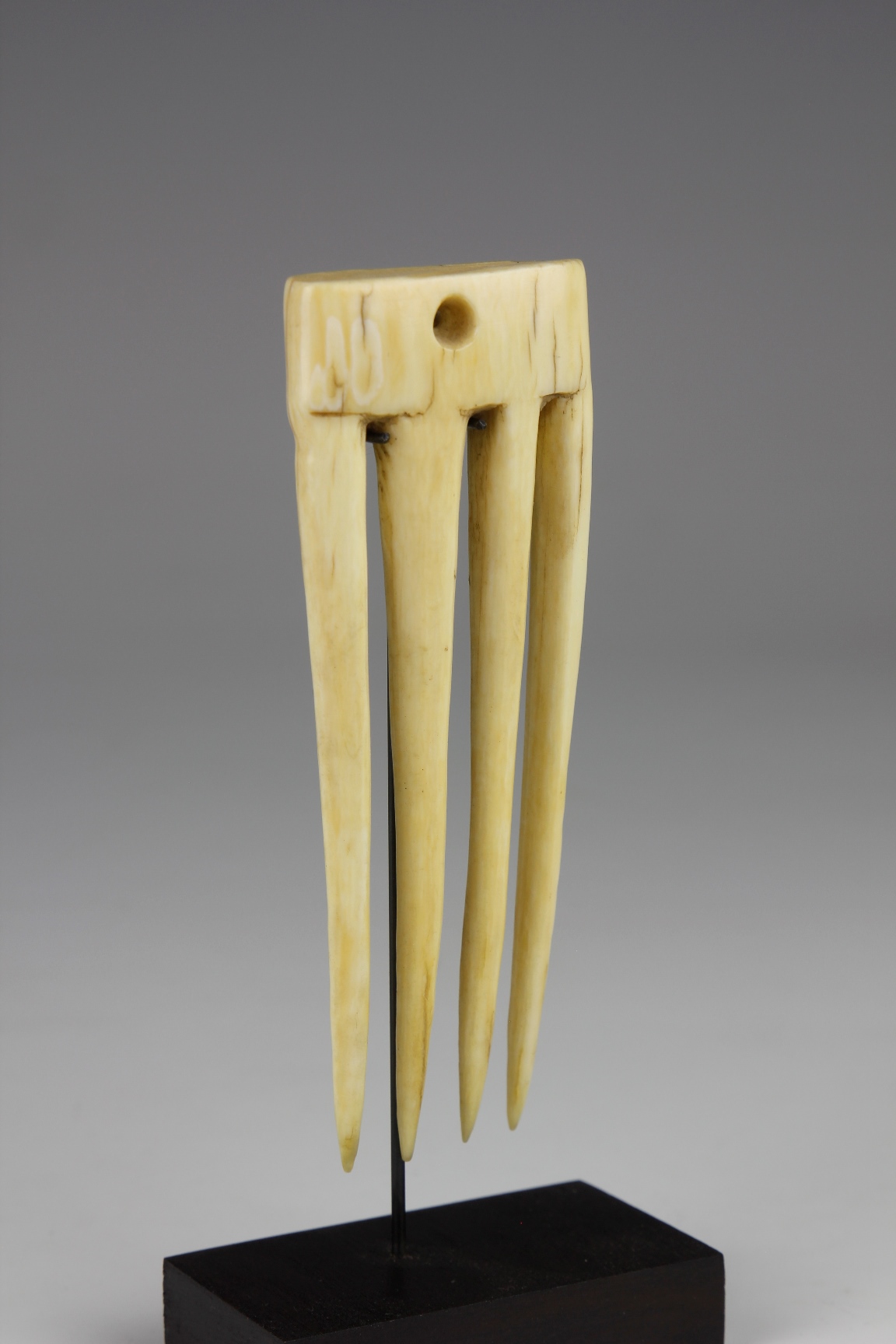 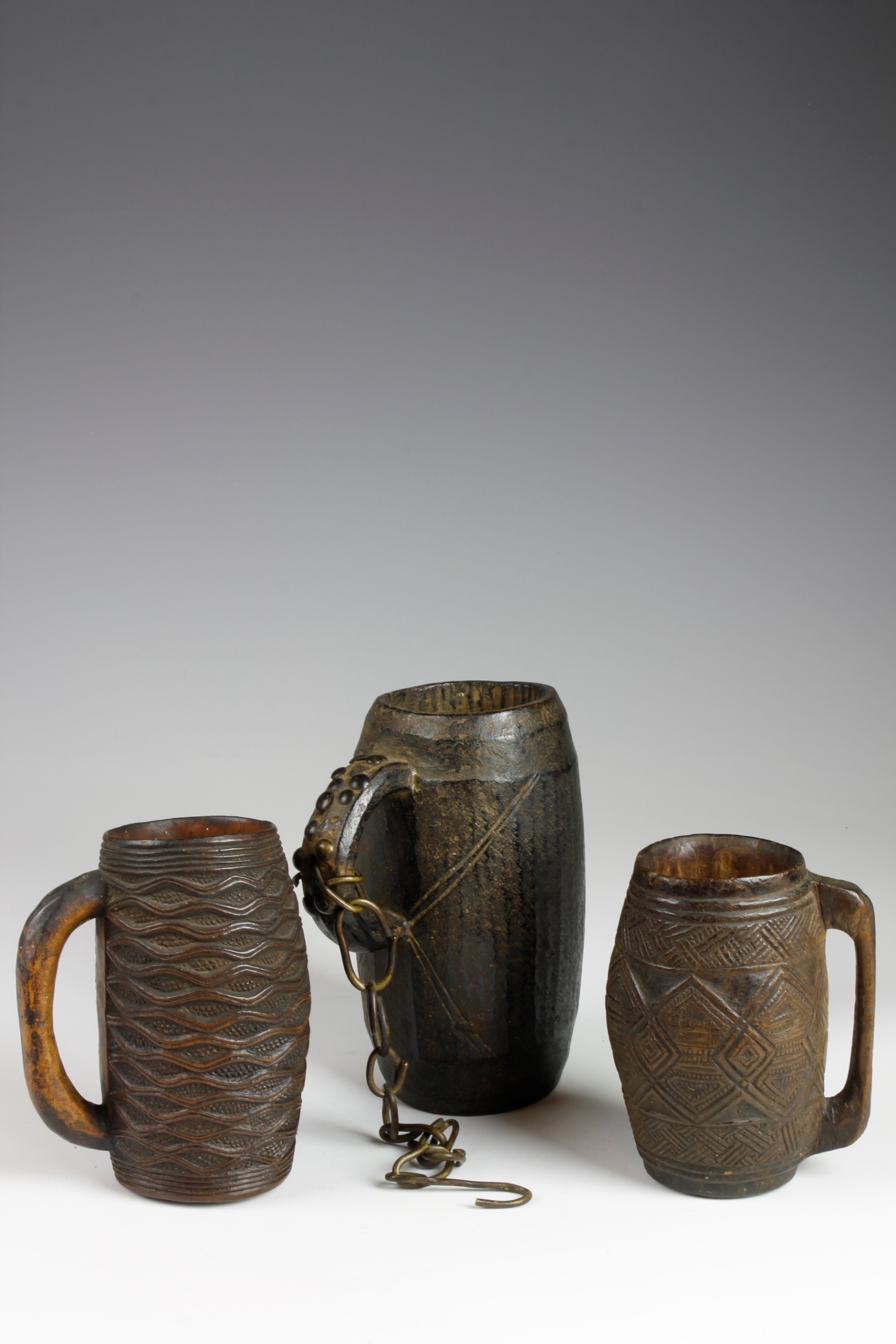 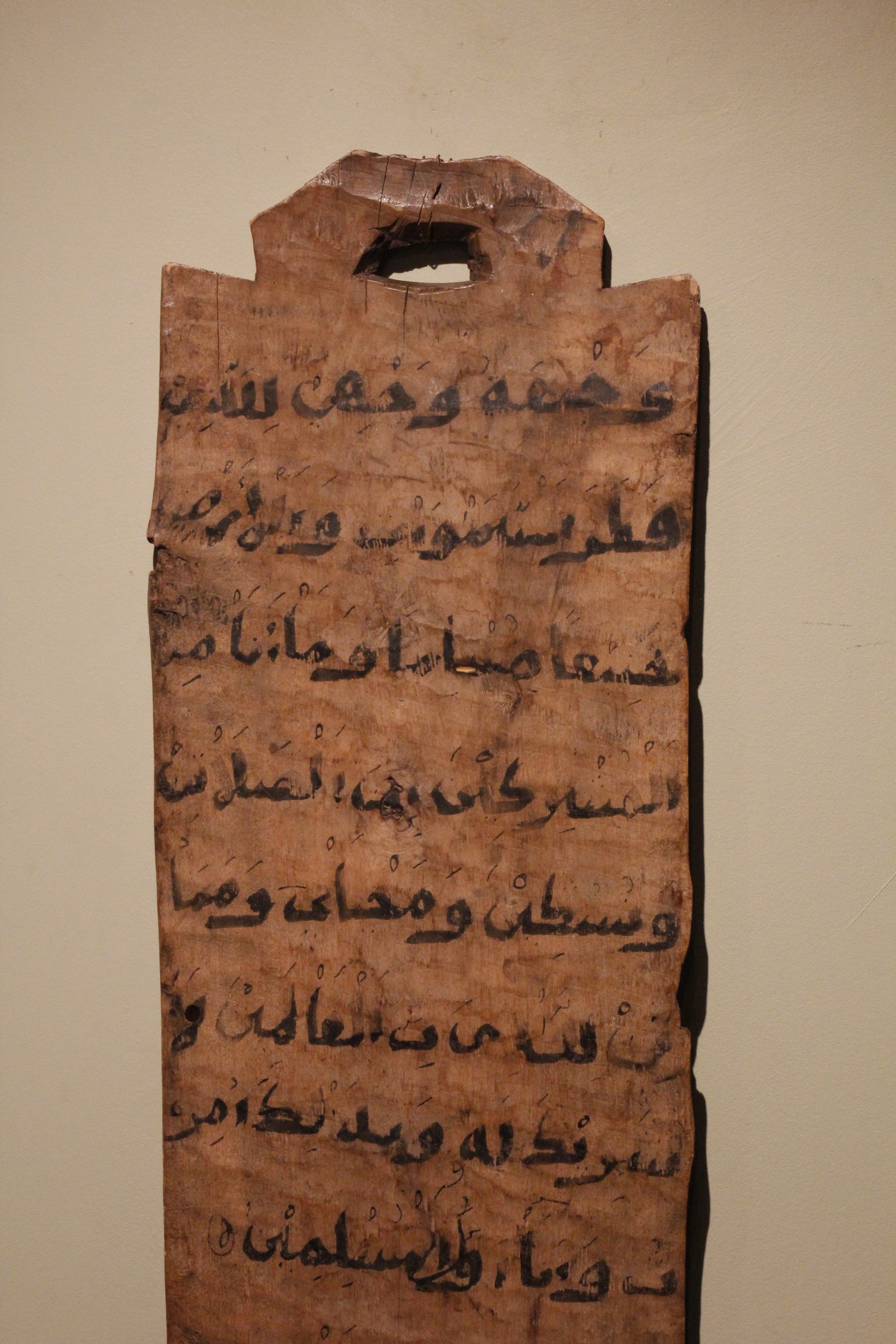