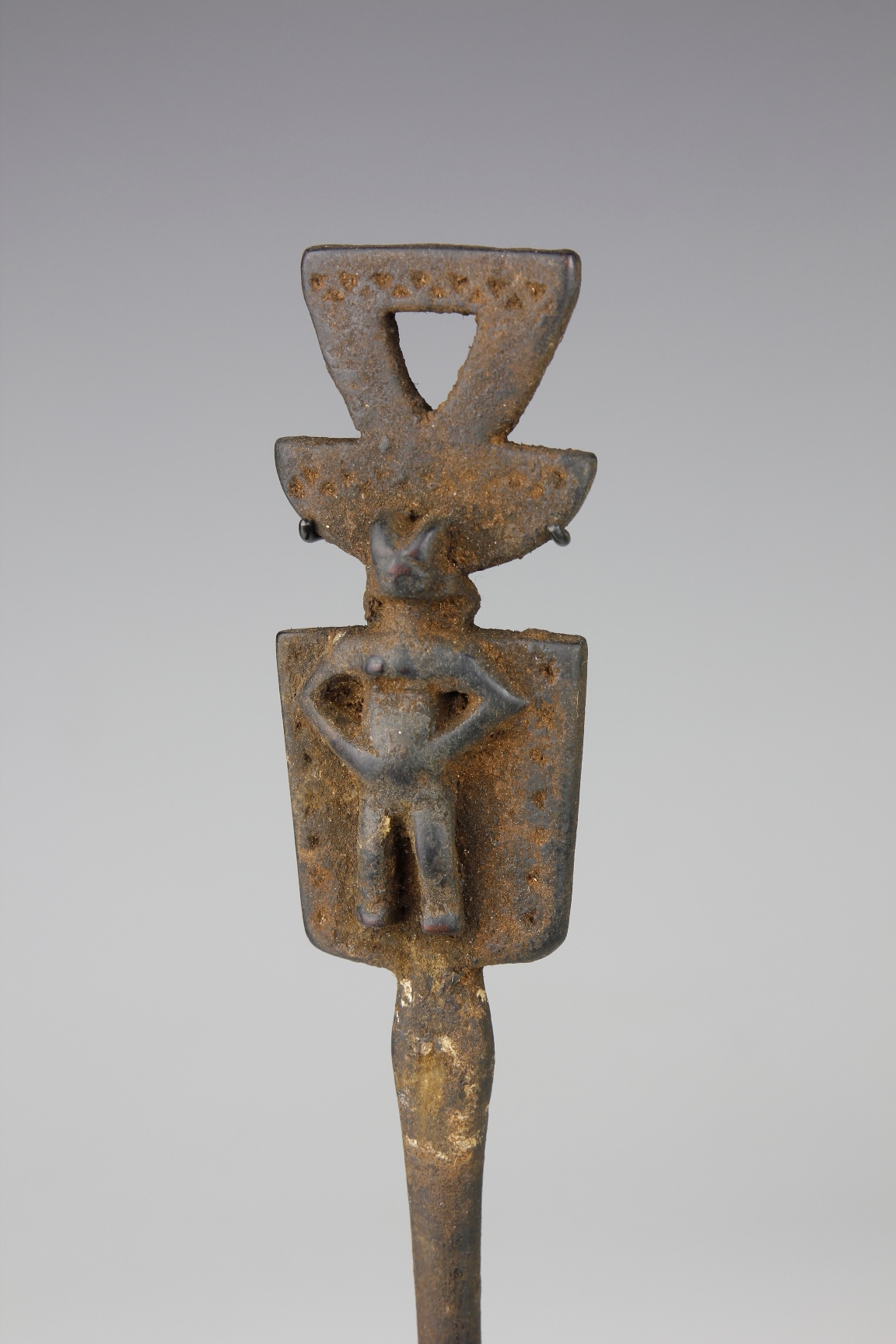 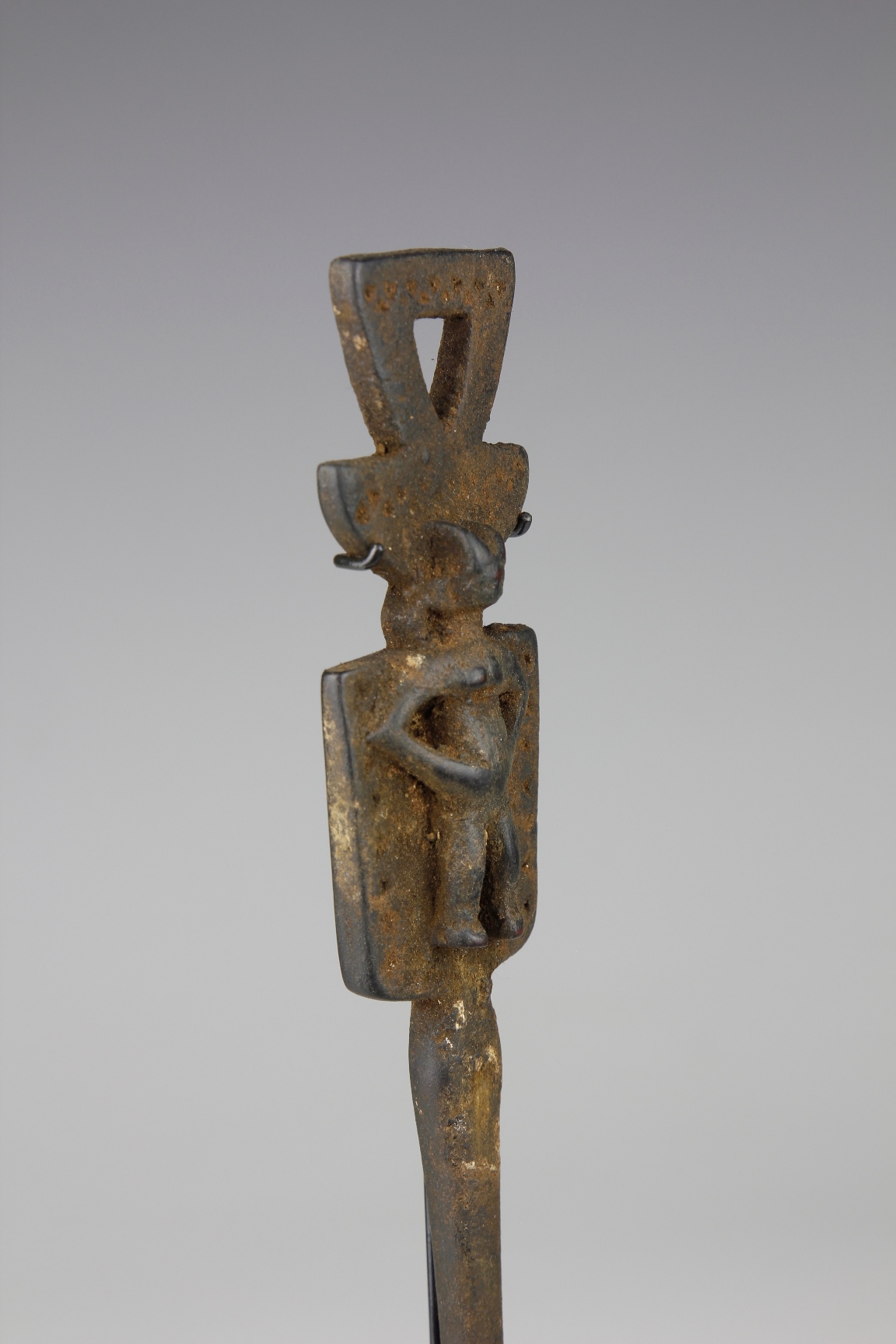 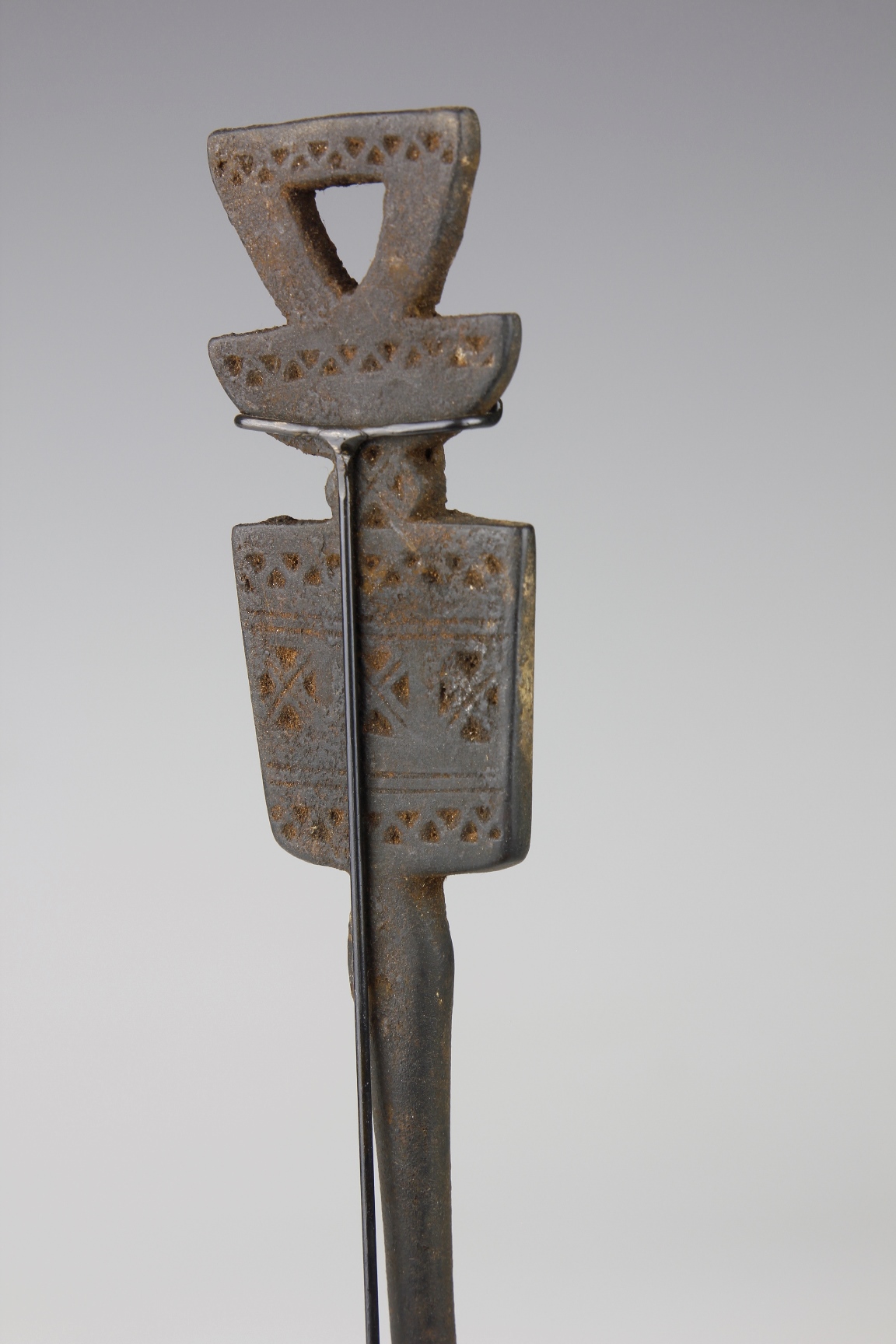 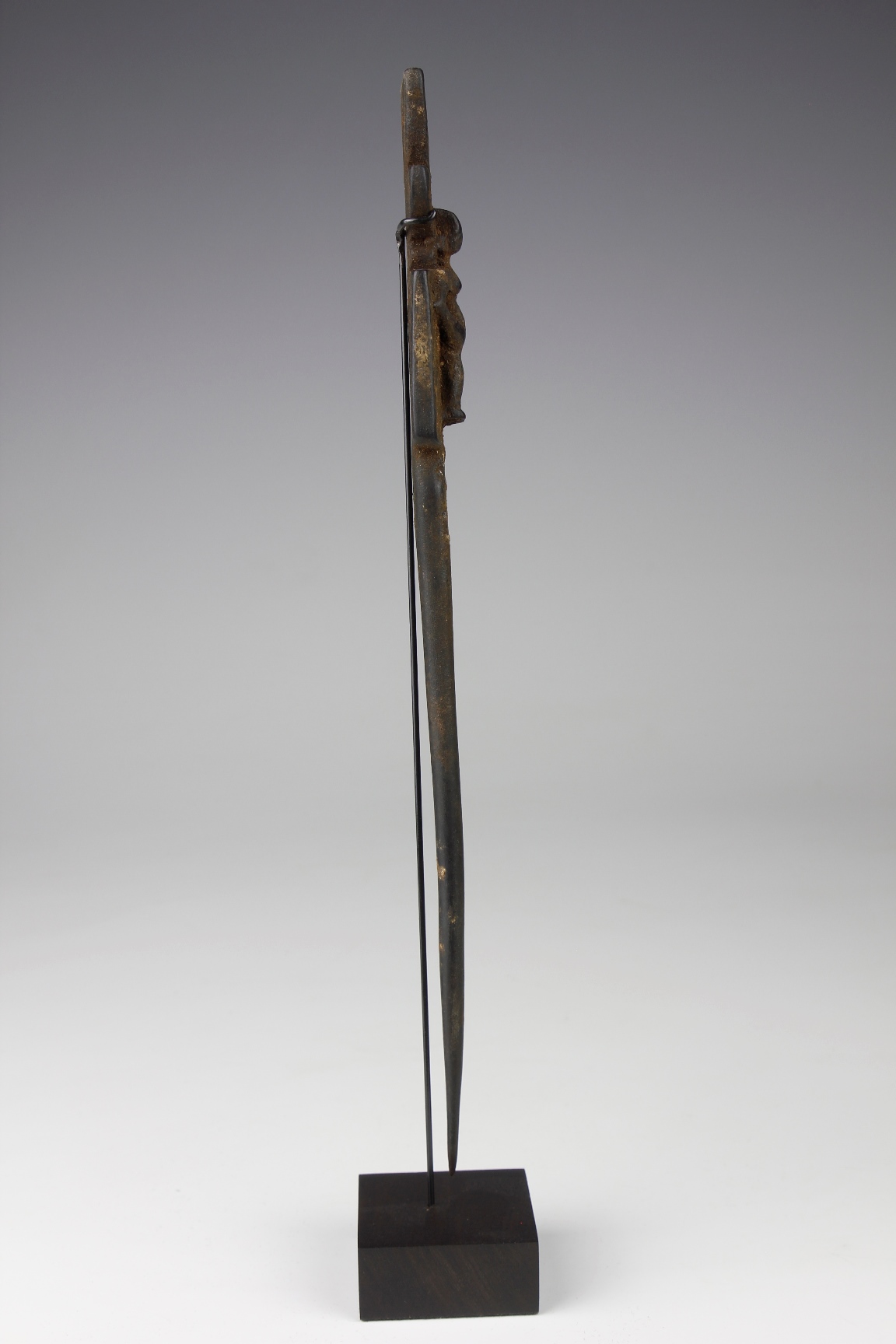 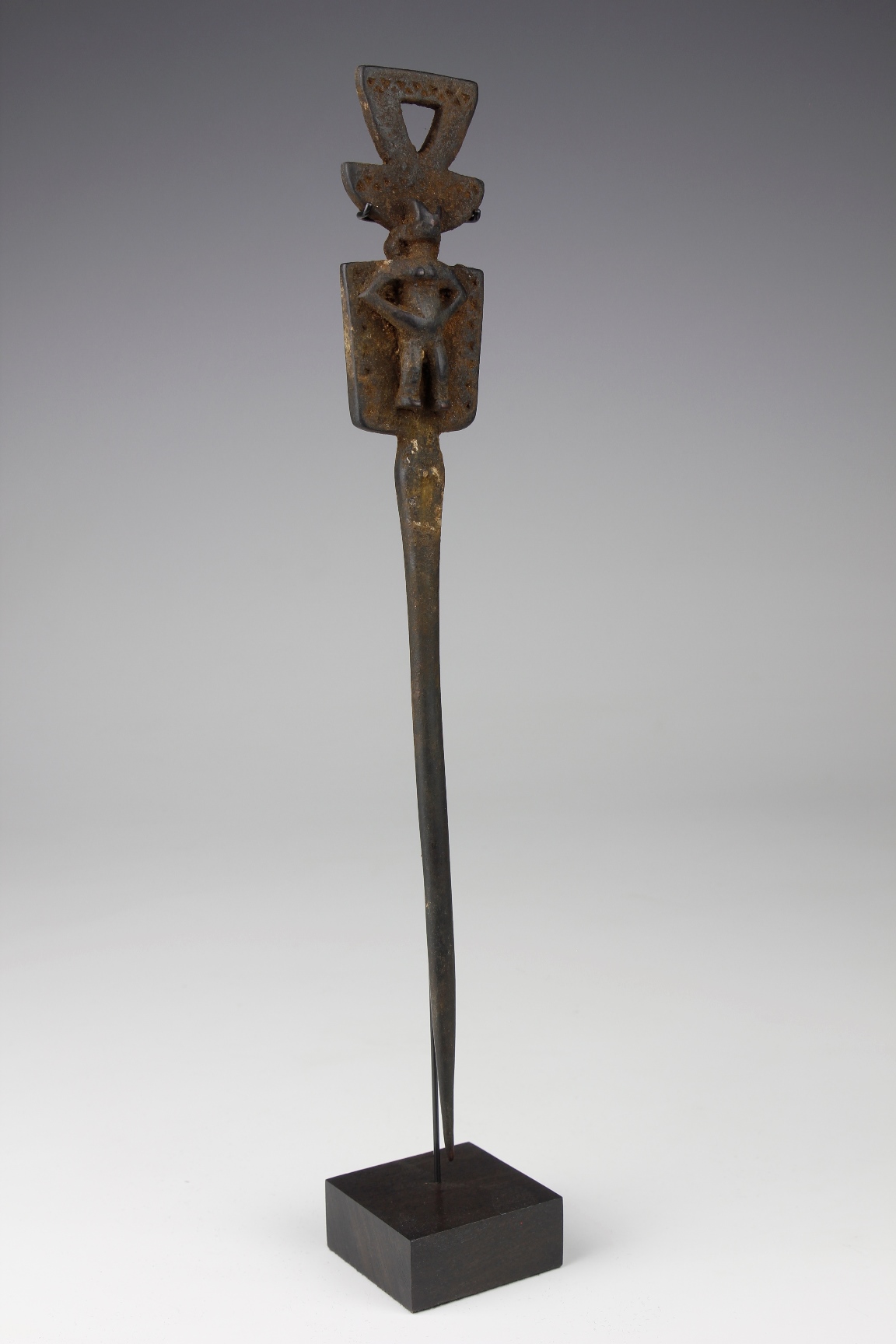 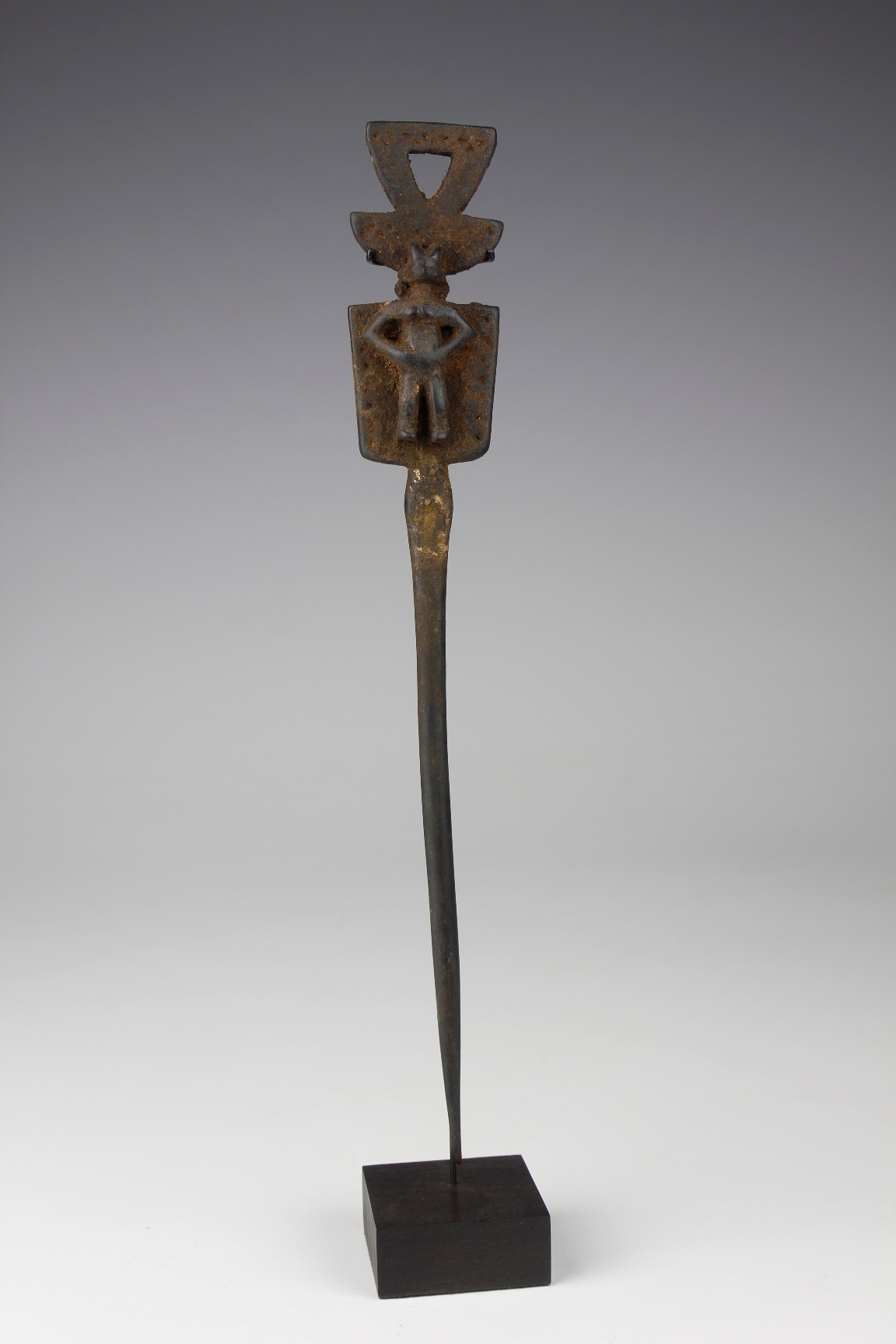 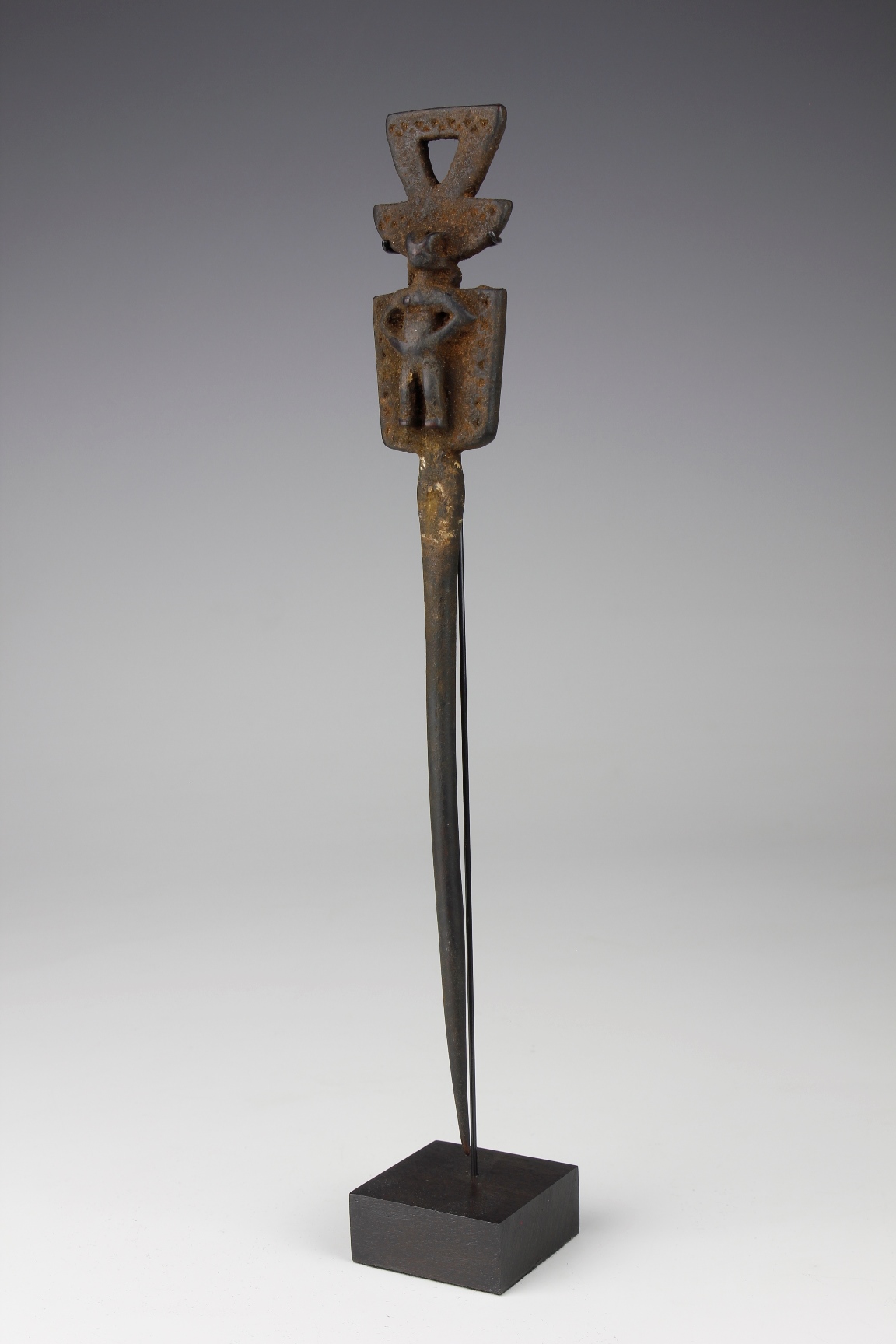 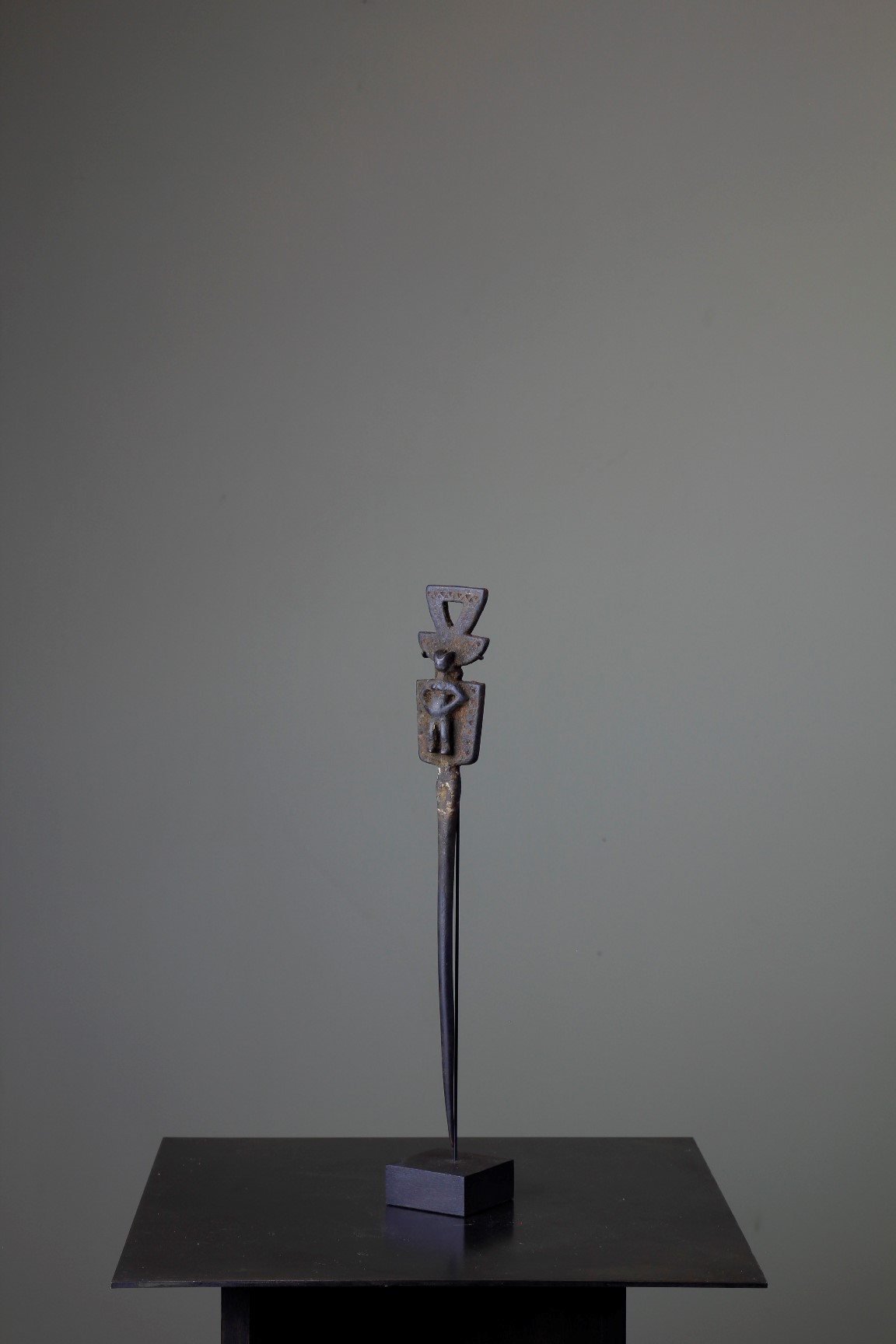 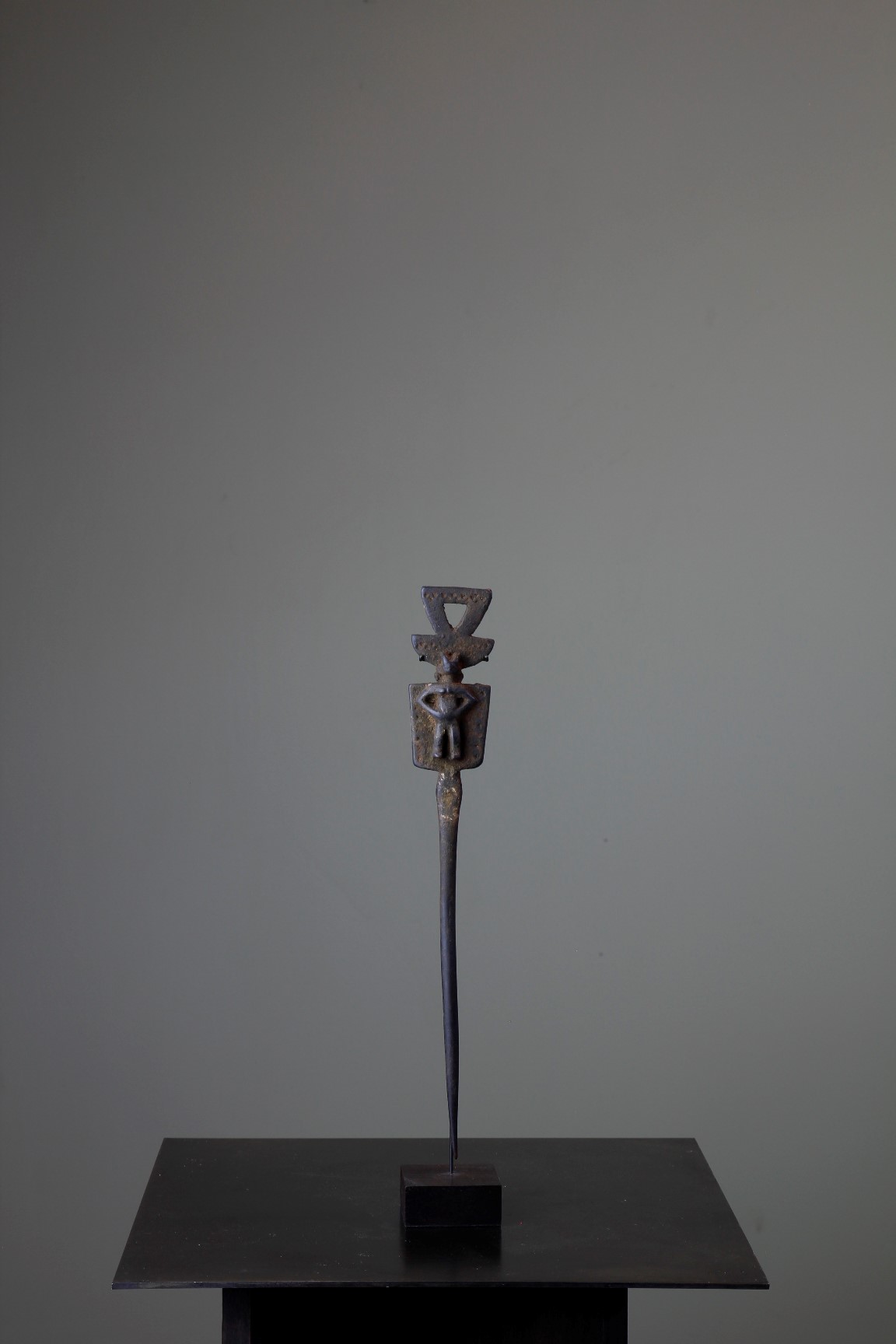 This Kwere hair pin depicts a female figure crowned with a prominent double-parted coiffure - a particular hairstyle fashioned by women from the Kwere and neighbouring cultures. Cradling her stomach with both arms, the figure displays a gesture of maternity. Swahili designs, similar to those found on furniture and household items along the Tanzanian coast, decorate the surface of the pin. As a result of where the pin has been stored in a traditional dwelling, the piece exhibits an encrusted surface patina.