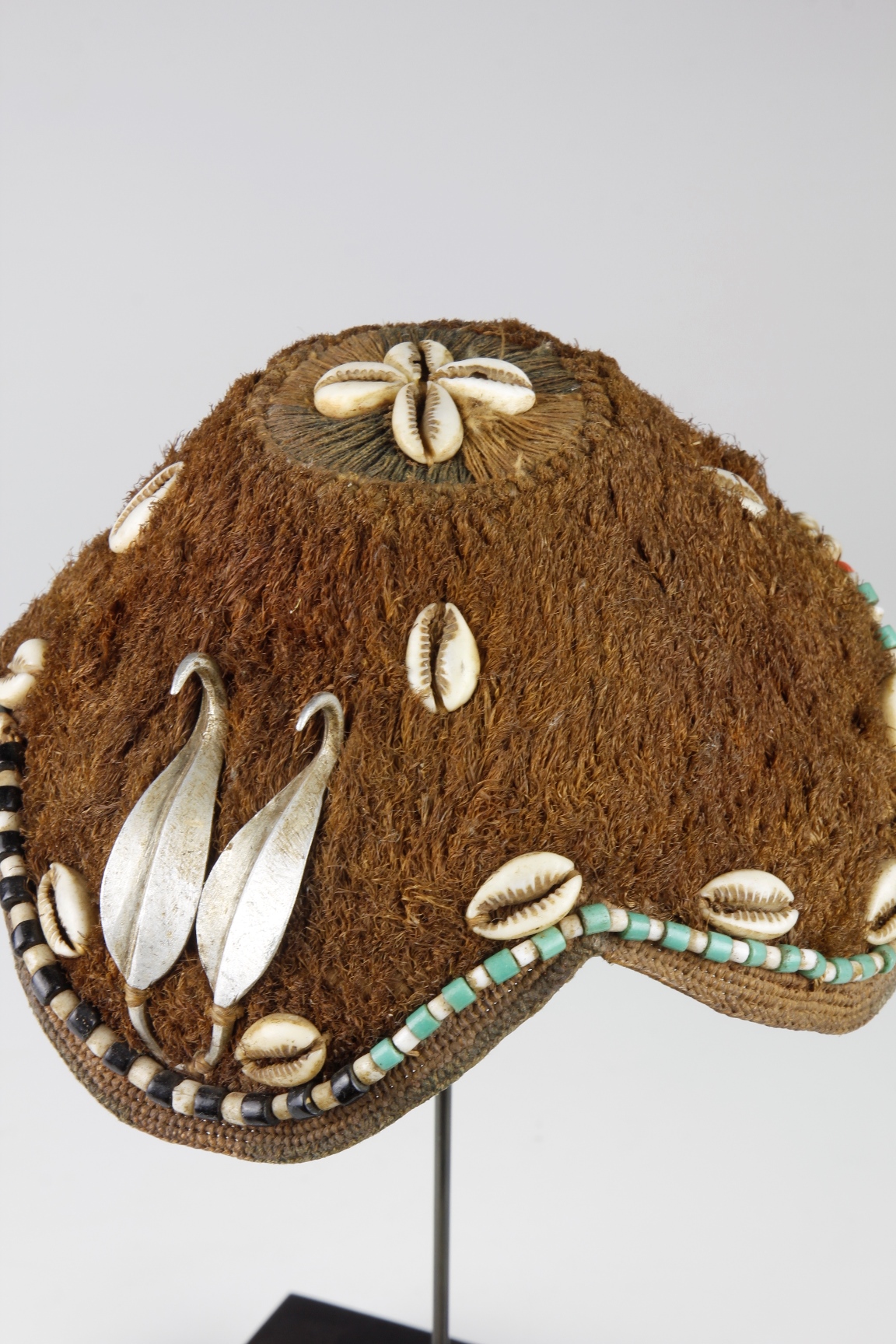 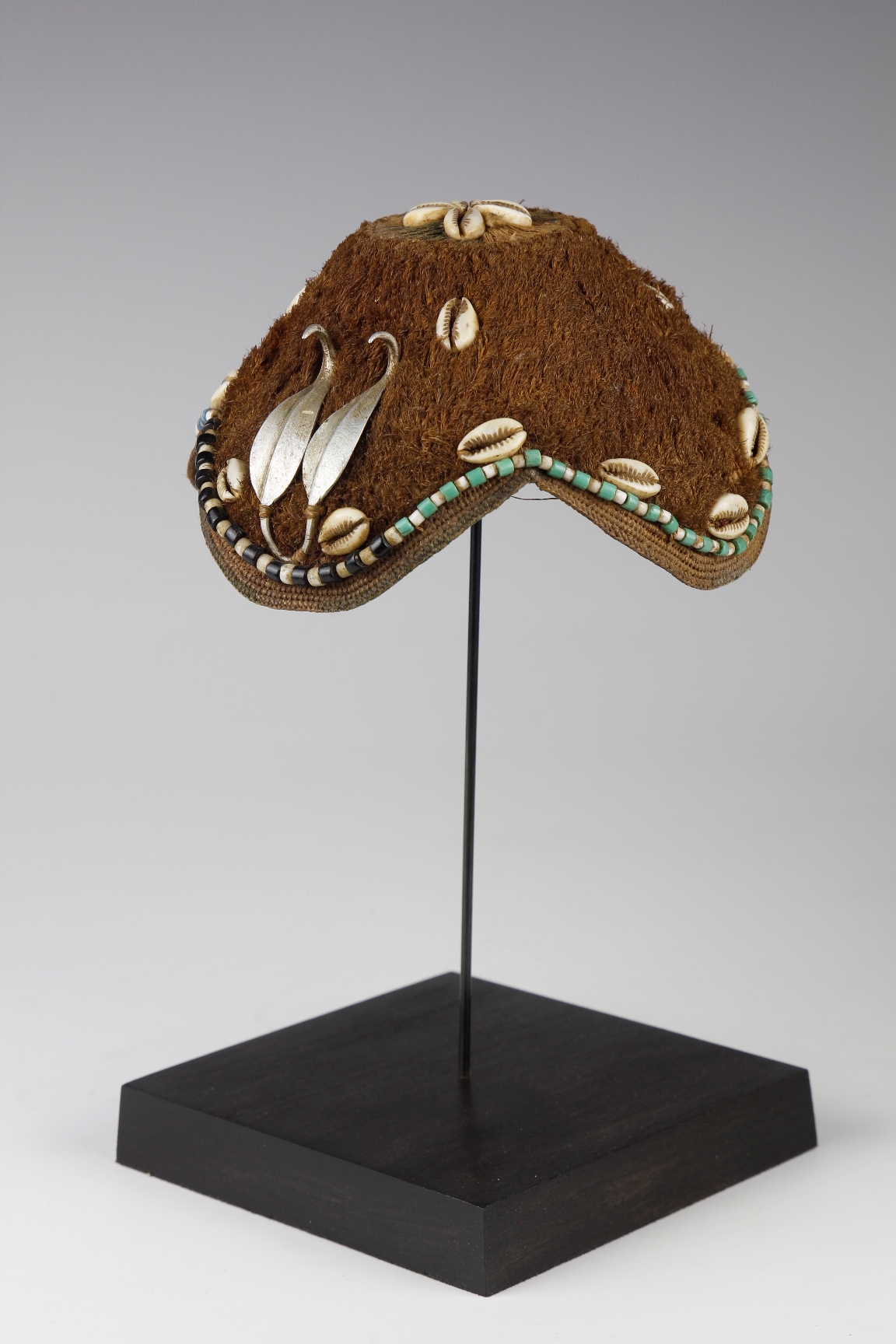 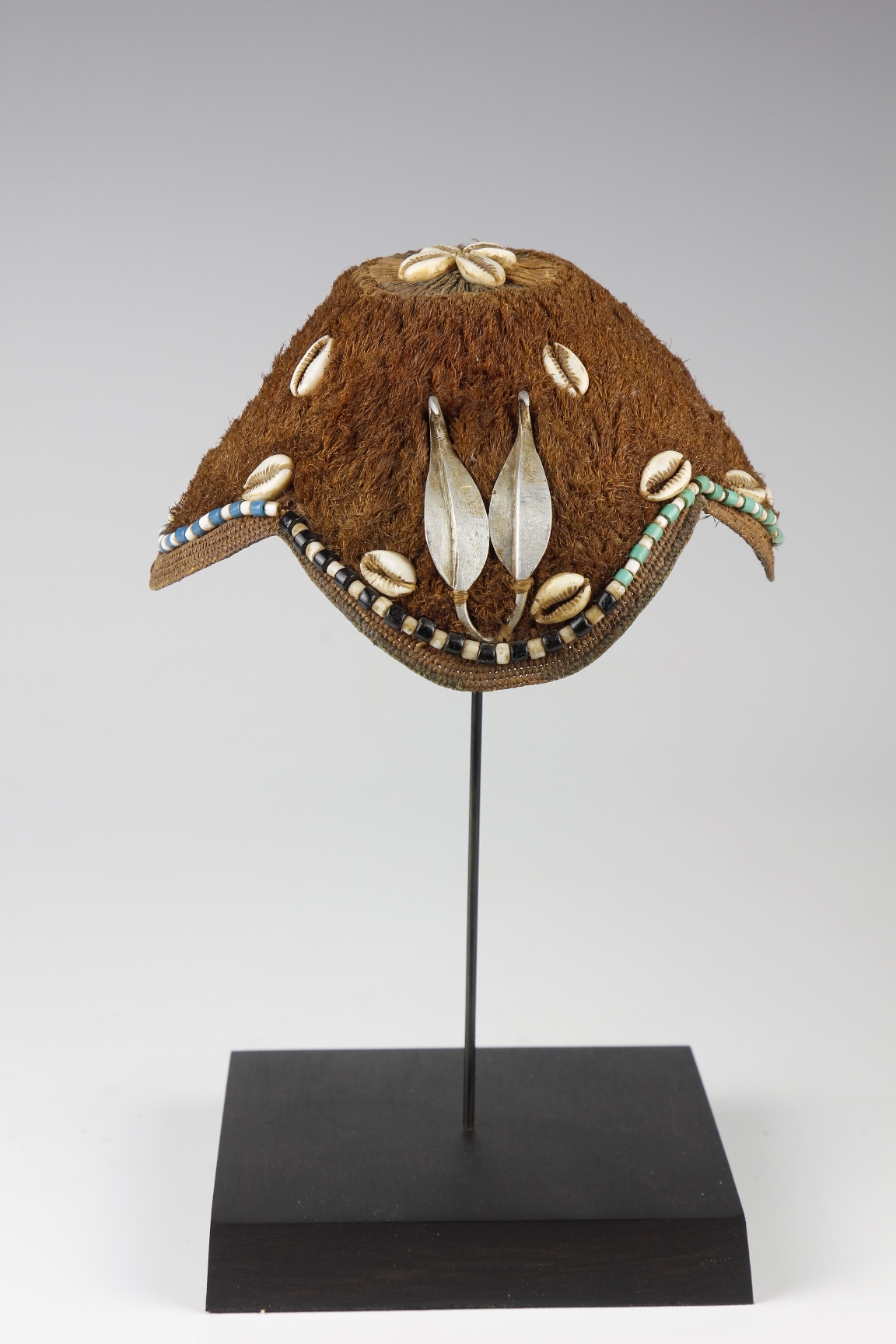 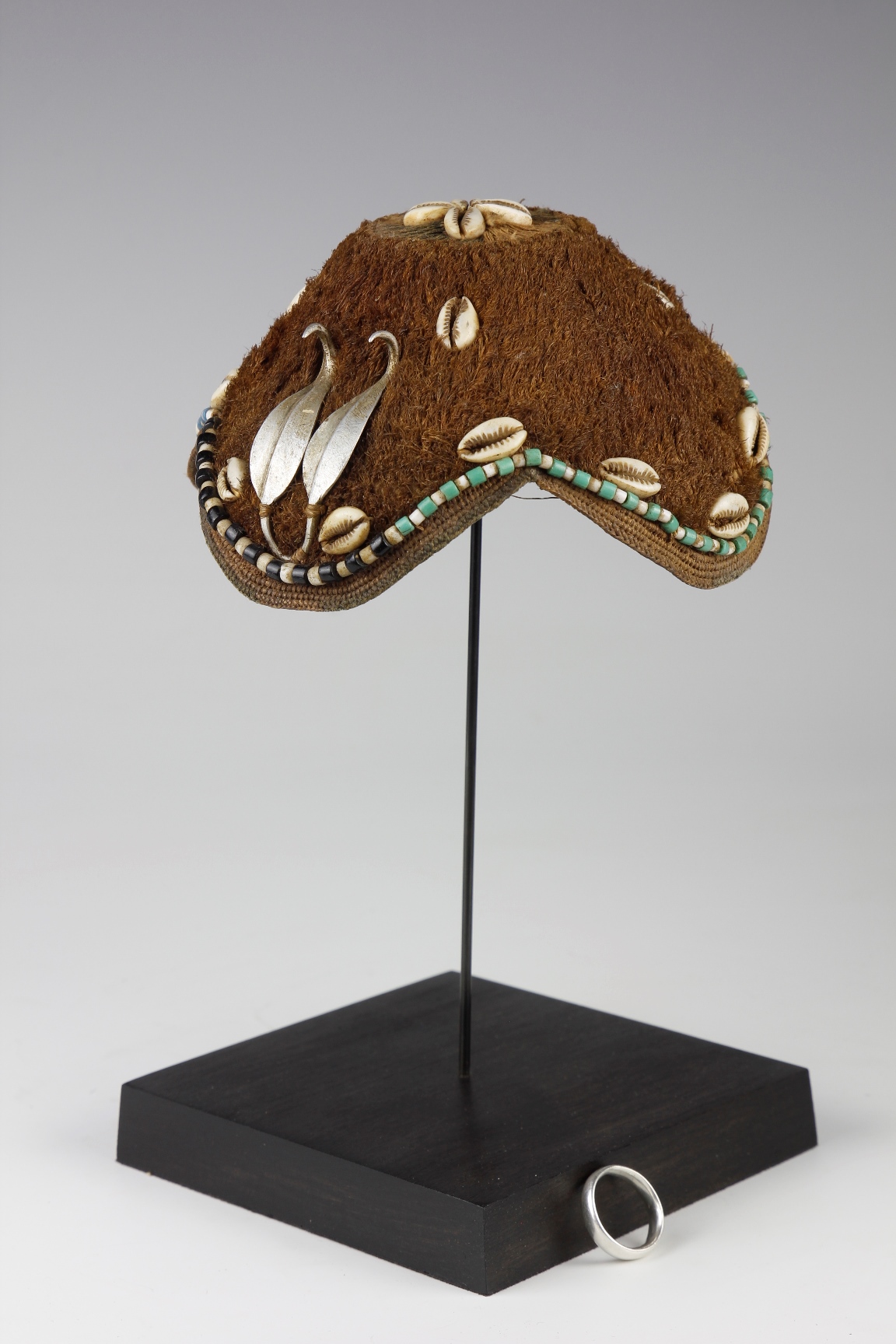 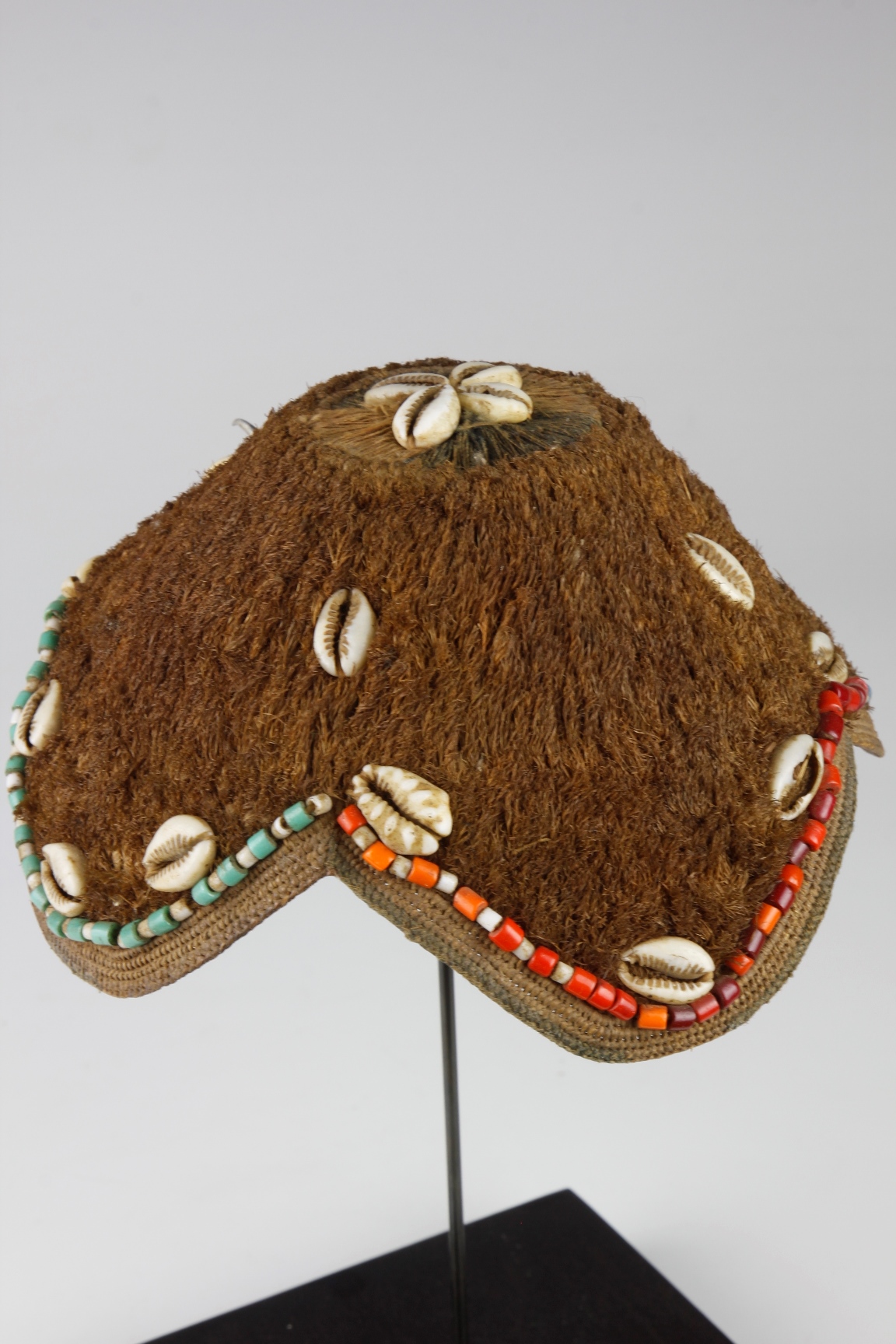 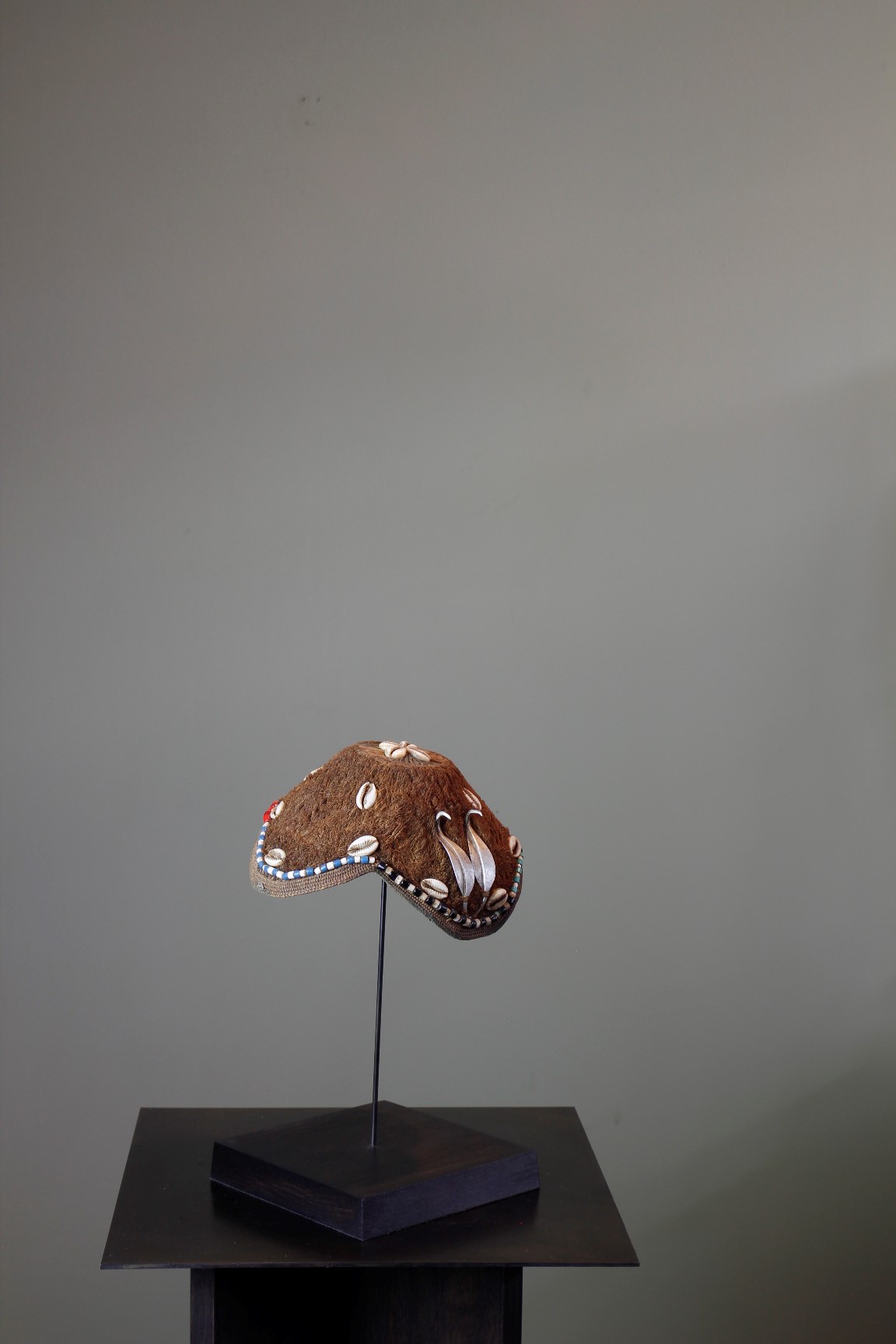 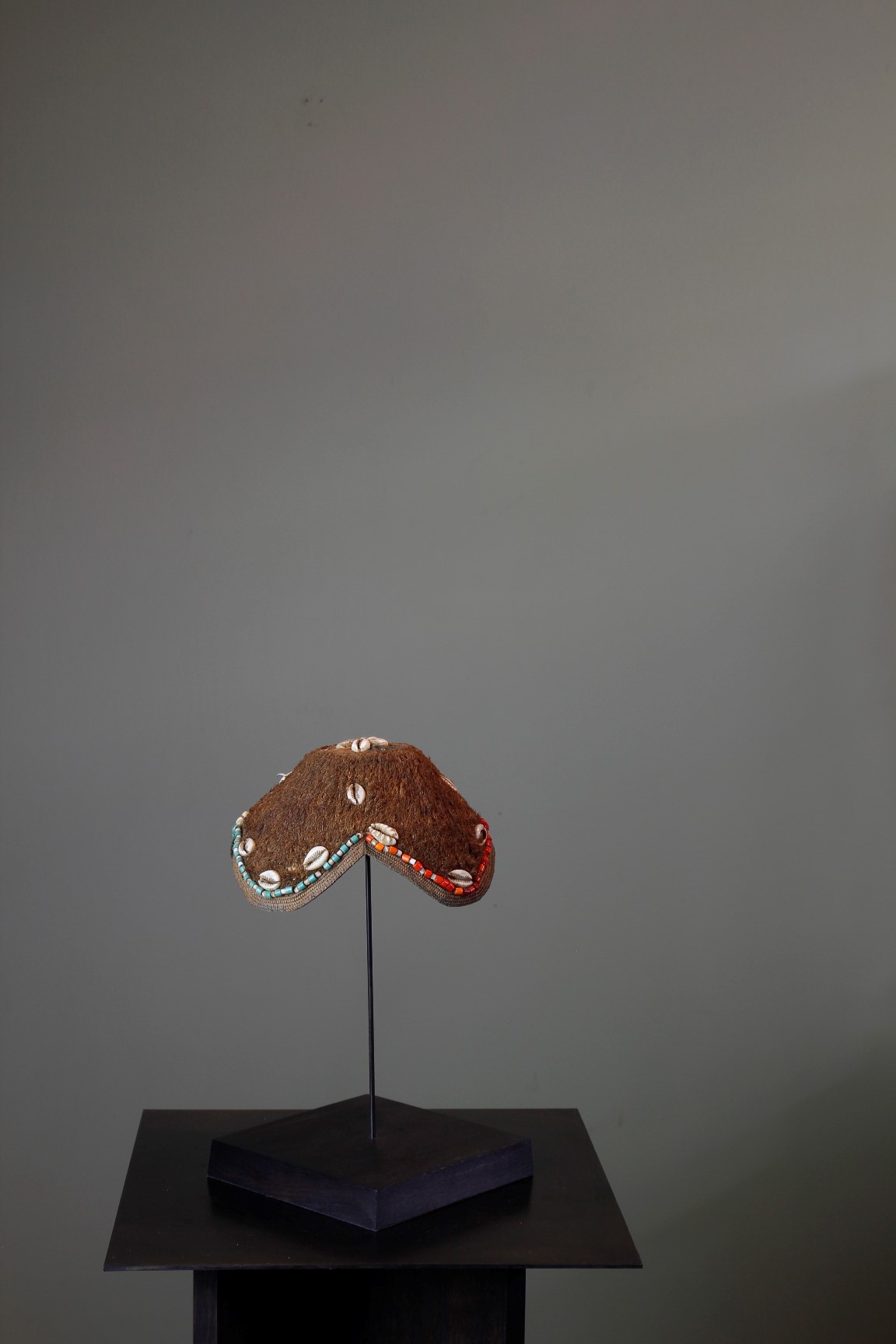 This small domed man’s prestige cap (laket) would have been worn on the crown of the head and secured into place with a metal pin. Laket caps are created from undyed raffia fibre using the basketry technique of coiling. The circular shape of the cap is completed with a scalloped edge of four projections called ‘ears’. The laket is worn so that one of the ears is always squarely centred on the face with a hair pin running through the hair from the front to the back of the cap. A prominent pair of curled leaf-shaped aluminium decorations features at the front, and a strand of early glass beads in red, black, white and blue run along the lower perimeter of the cap. The cap is further embellished with cowrie shells, a material that holds currency and value throughout Africa as a symbol of wealth and prosperity.

Kuba cap are important visual manifestations of Kuba ideas surrounding ethnicity and leadership. For men, the importance of distinguishing headwear has remained constant throughout the twentieth century. Even for men who wear Western-style clothing, the laket is often worn as a symbol of cultural identity and as a principal means by which a man can declare his titled position. On special occasions, the laket becomes a means by which an individual can display those particular emblems that articulate one’s social standing. One of the most visible emblems of elevated rank is the wearing of a hat pin. Some high-ranking Kuba men wear two hat pins. The wearing of two pins has been explained as indicating an individual who is a personal acquaintance of the Kuba paramount ruler (nyim).