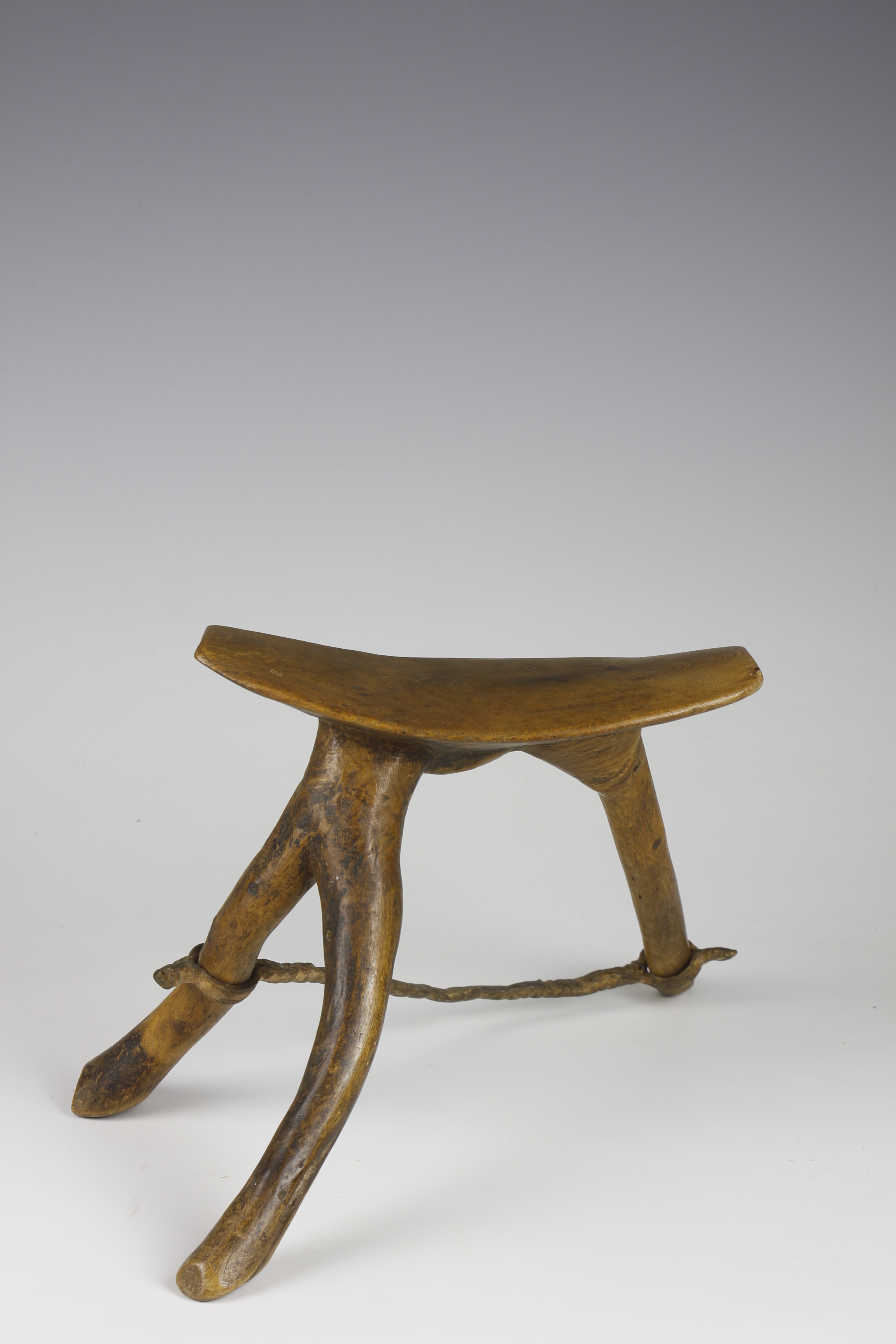 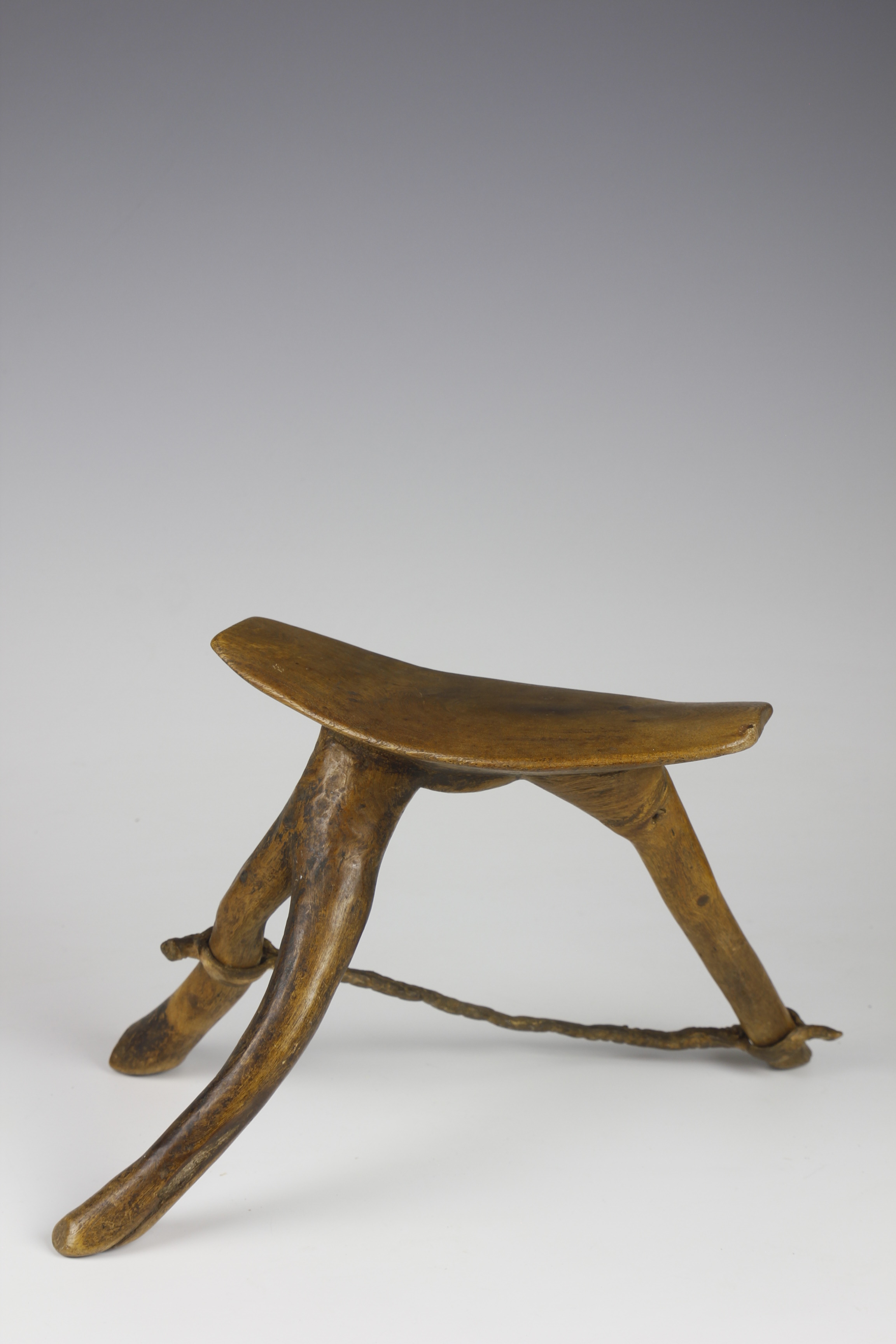 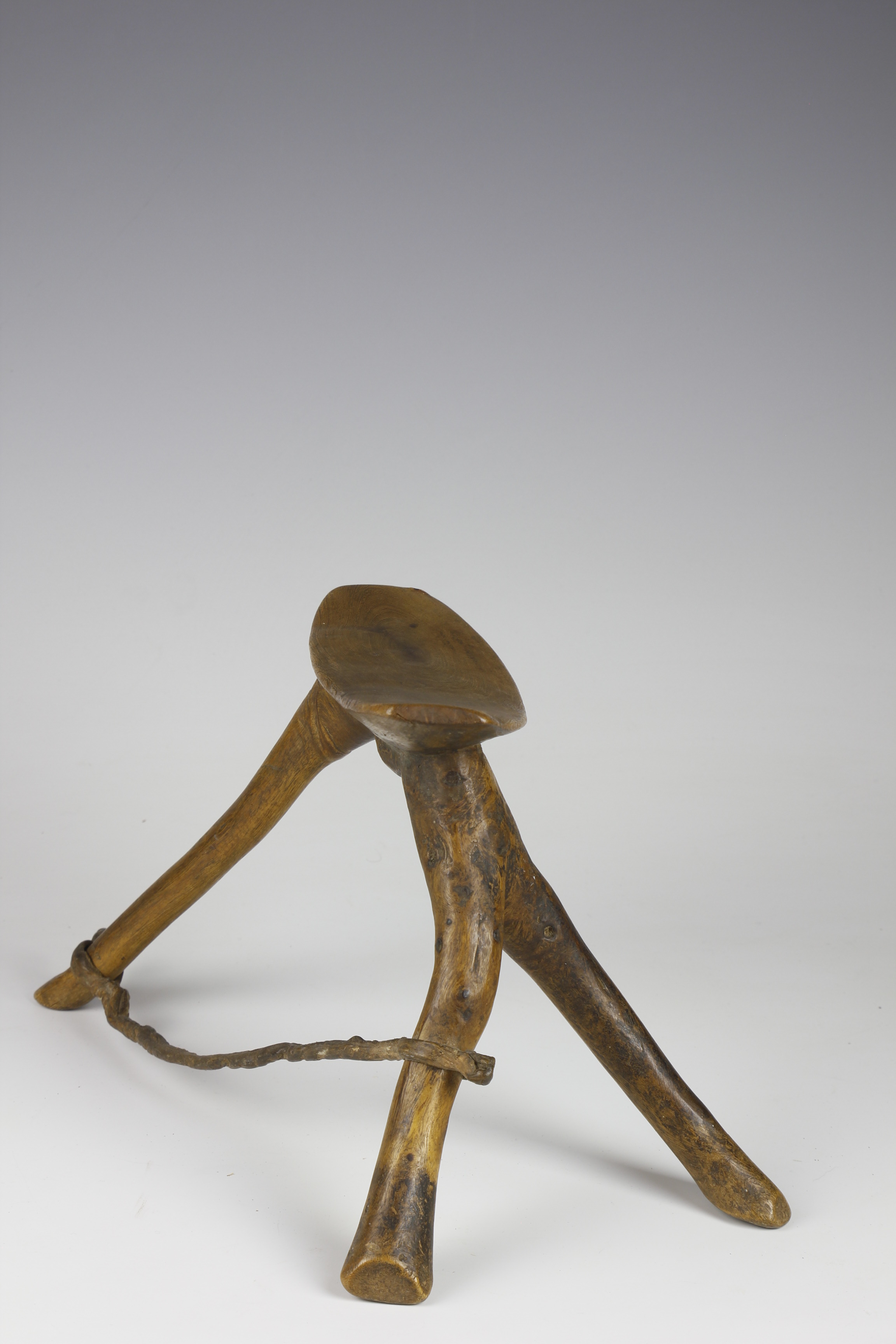 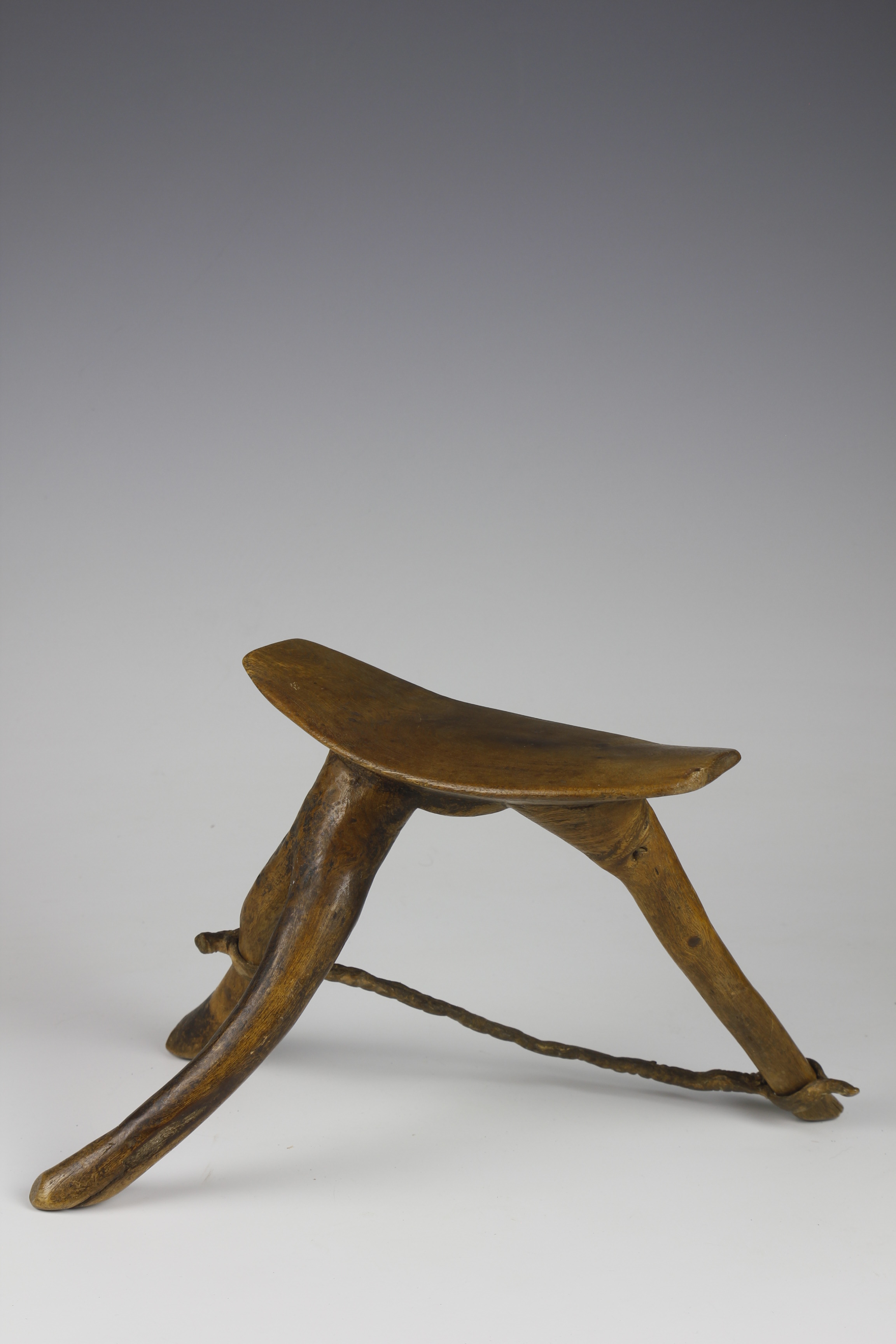 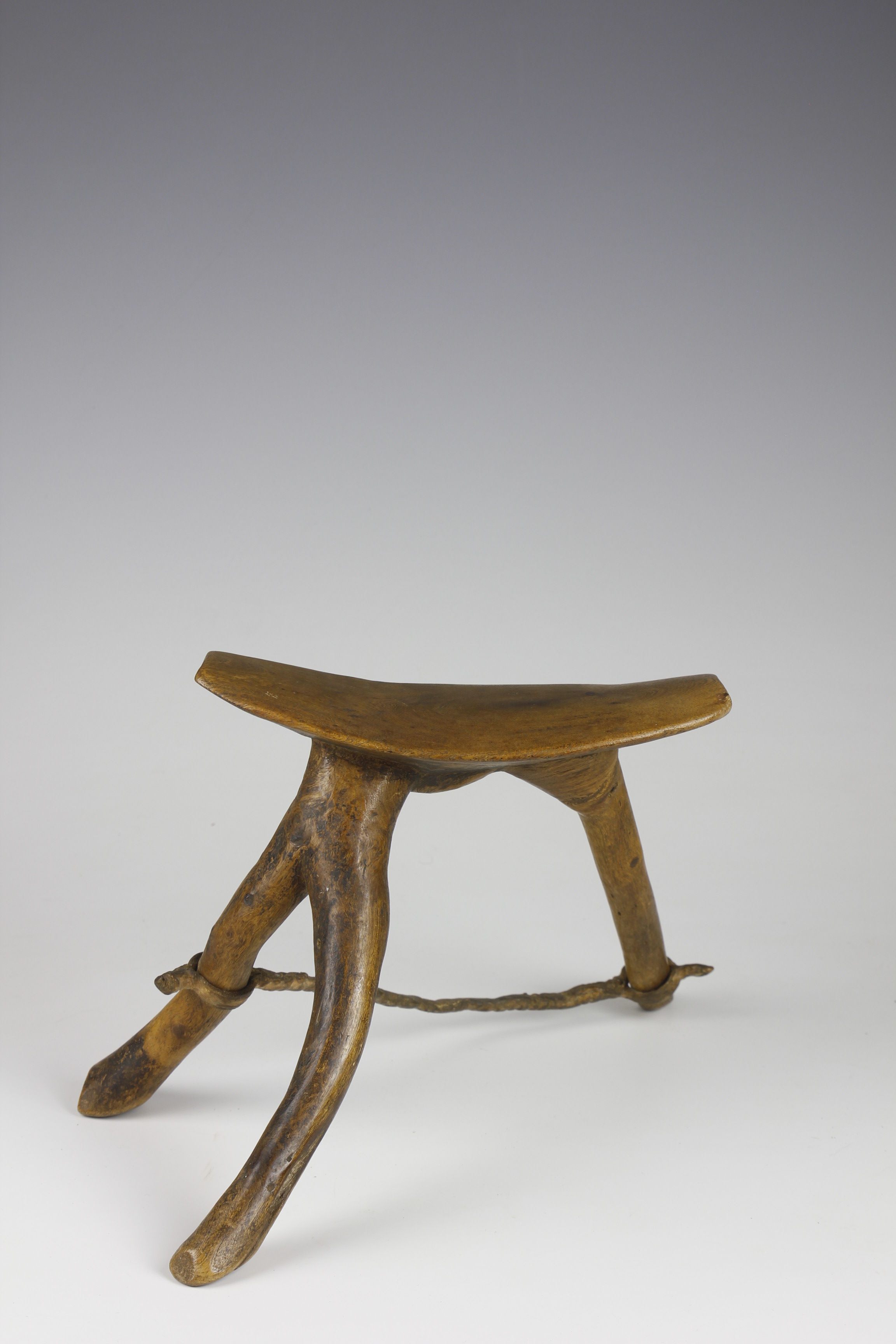 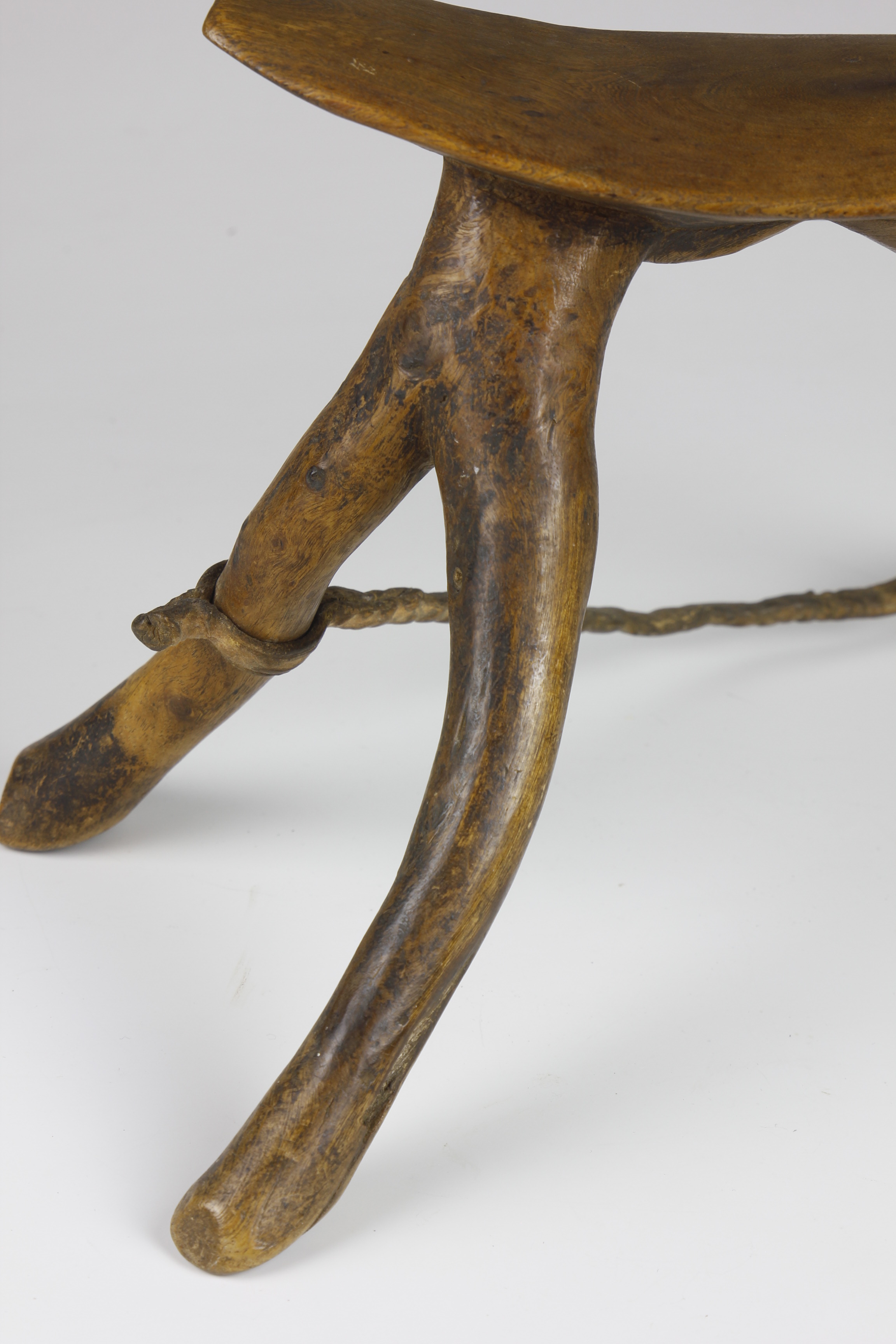 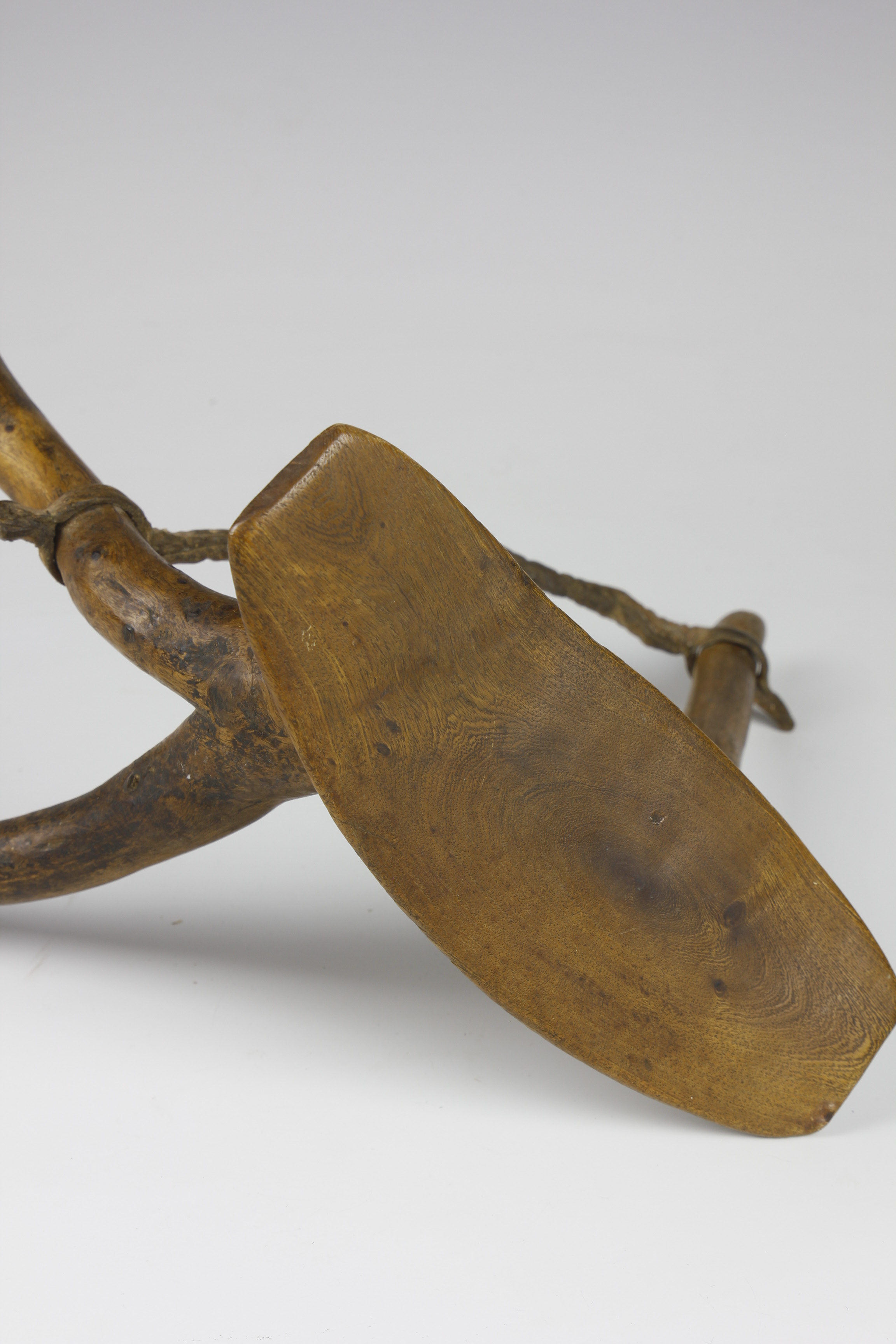 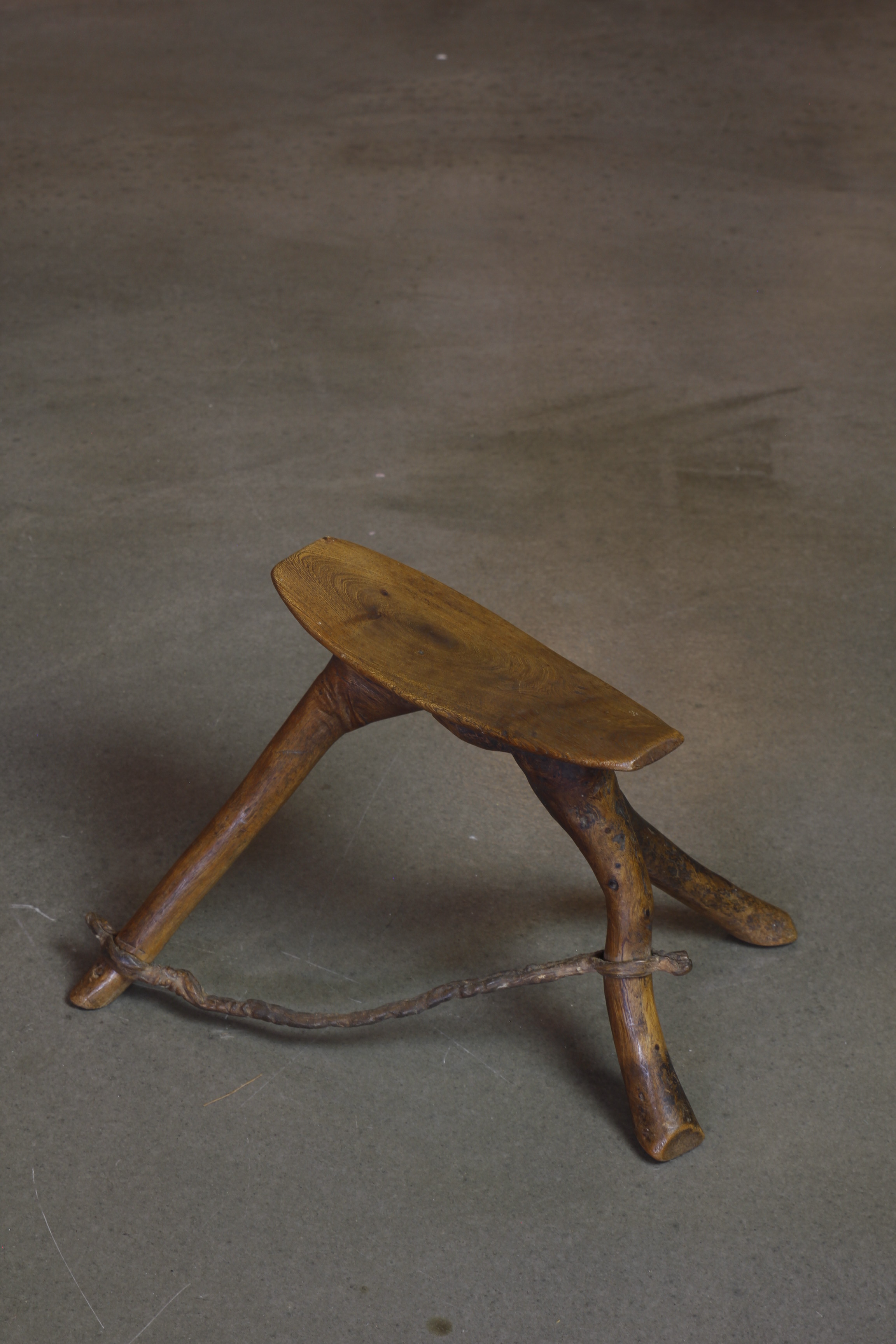 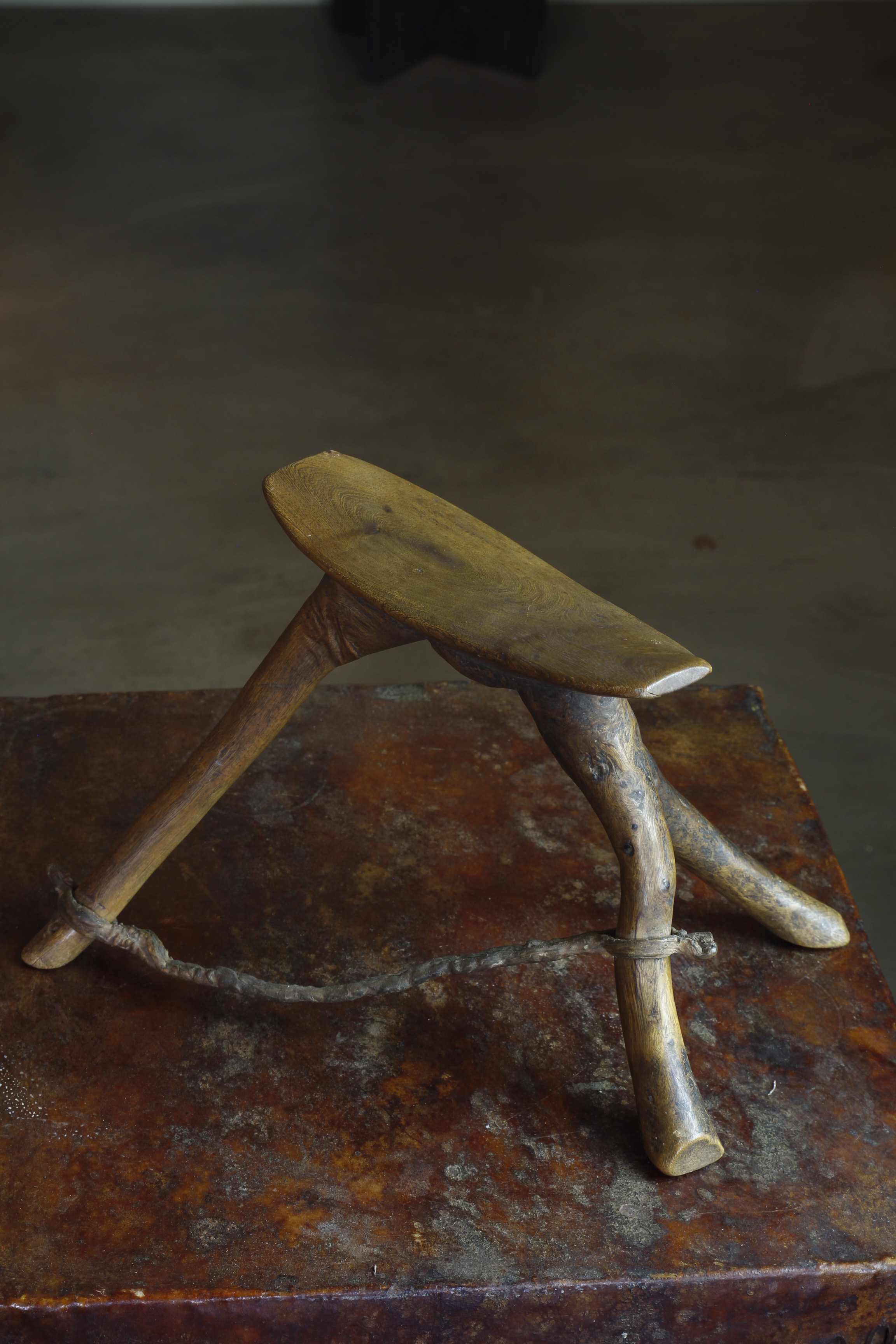 Consisting of three splayed legs and a central, slightly curved, head support, this Lotuko headrest follows the natural form of a piece of wood such as a root or tree branch. Two of the legs are attached together with a leather strap, which was likely used as a handle when carrying the headrest. Over the years, the surface of the headrest has developed a honey brown patina. 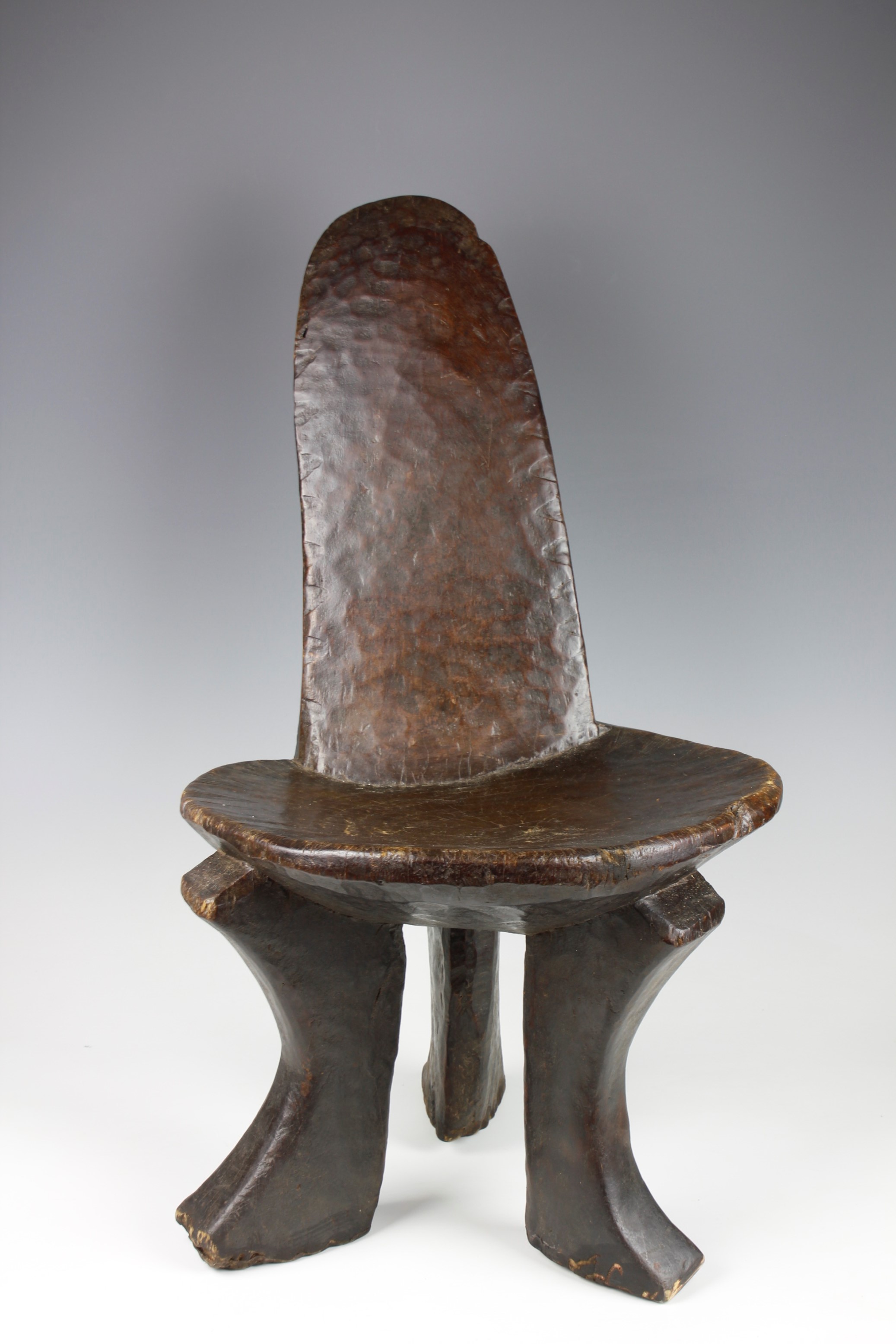 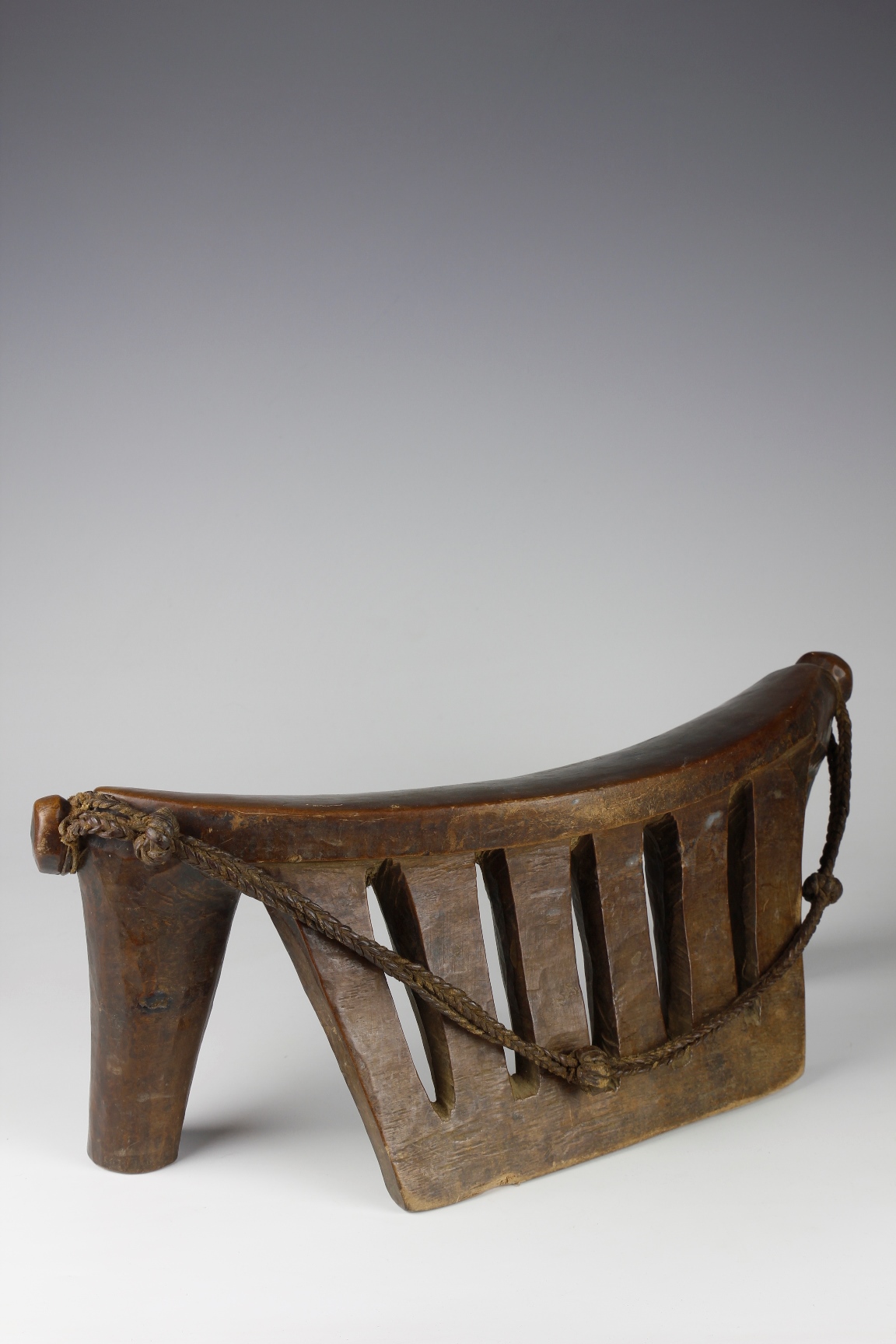 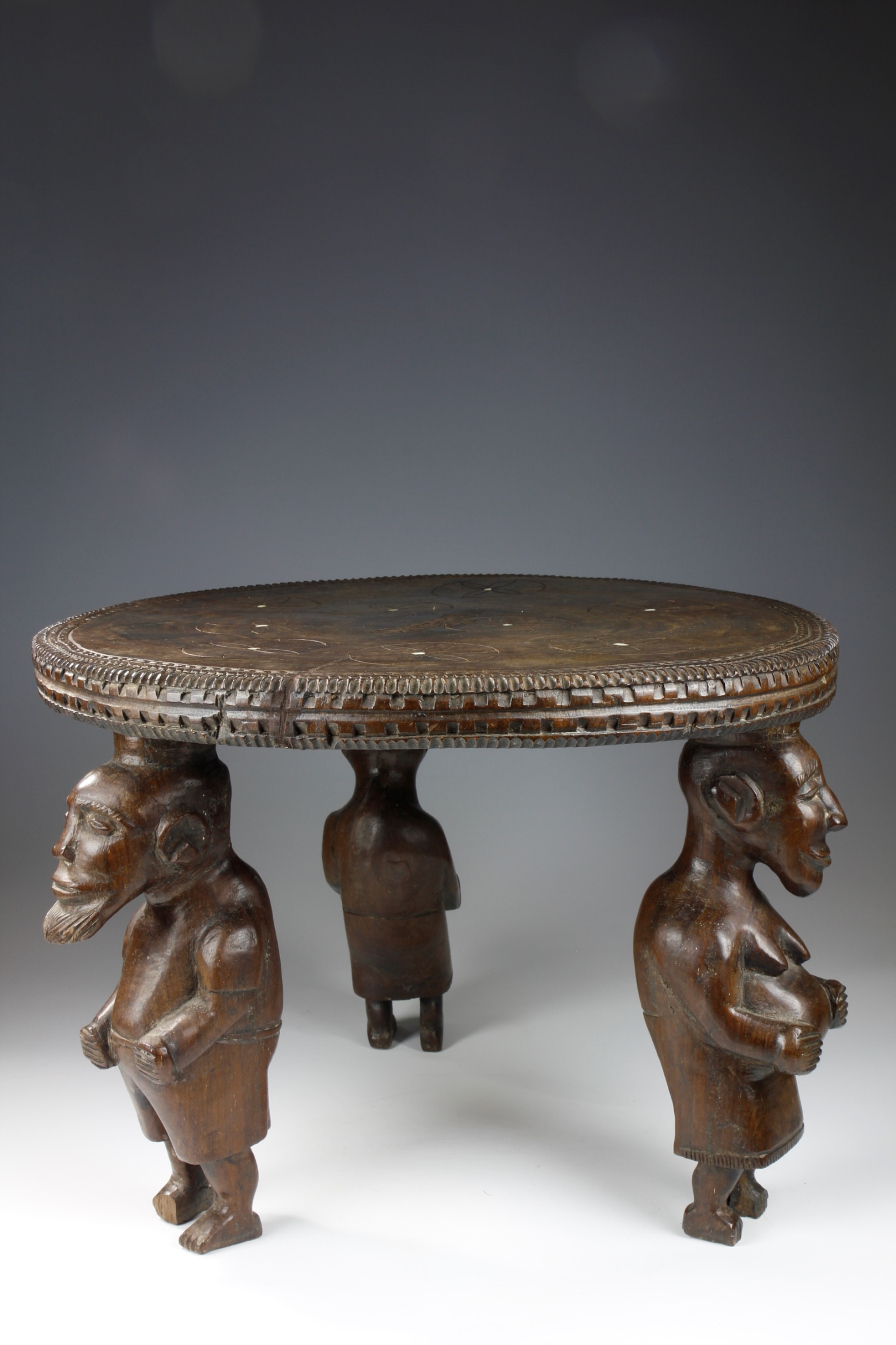 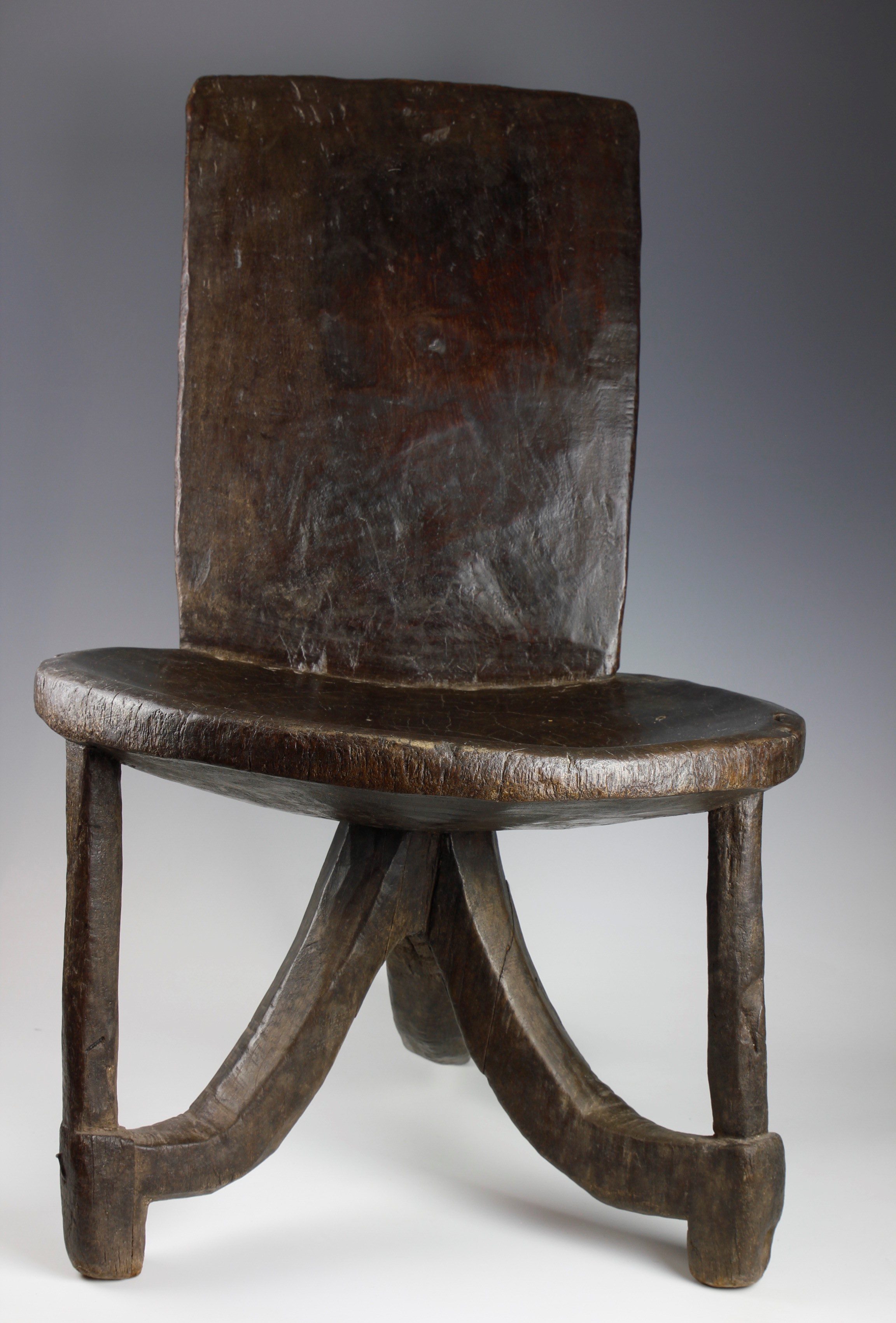