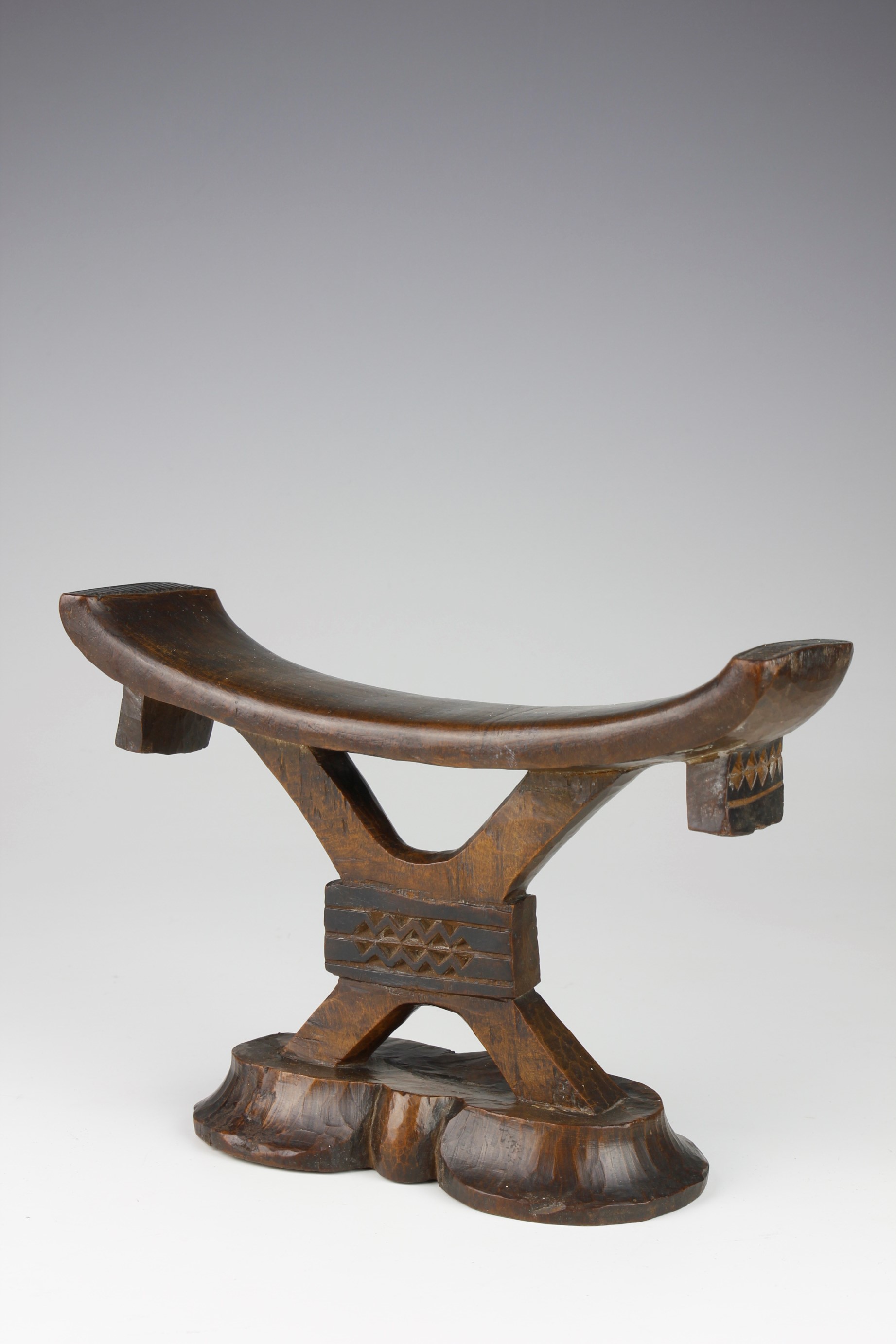 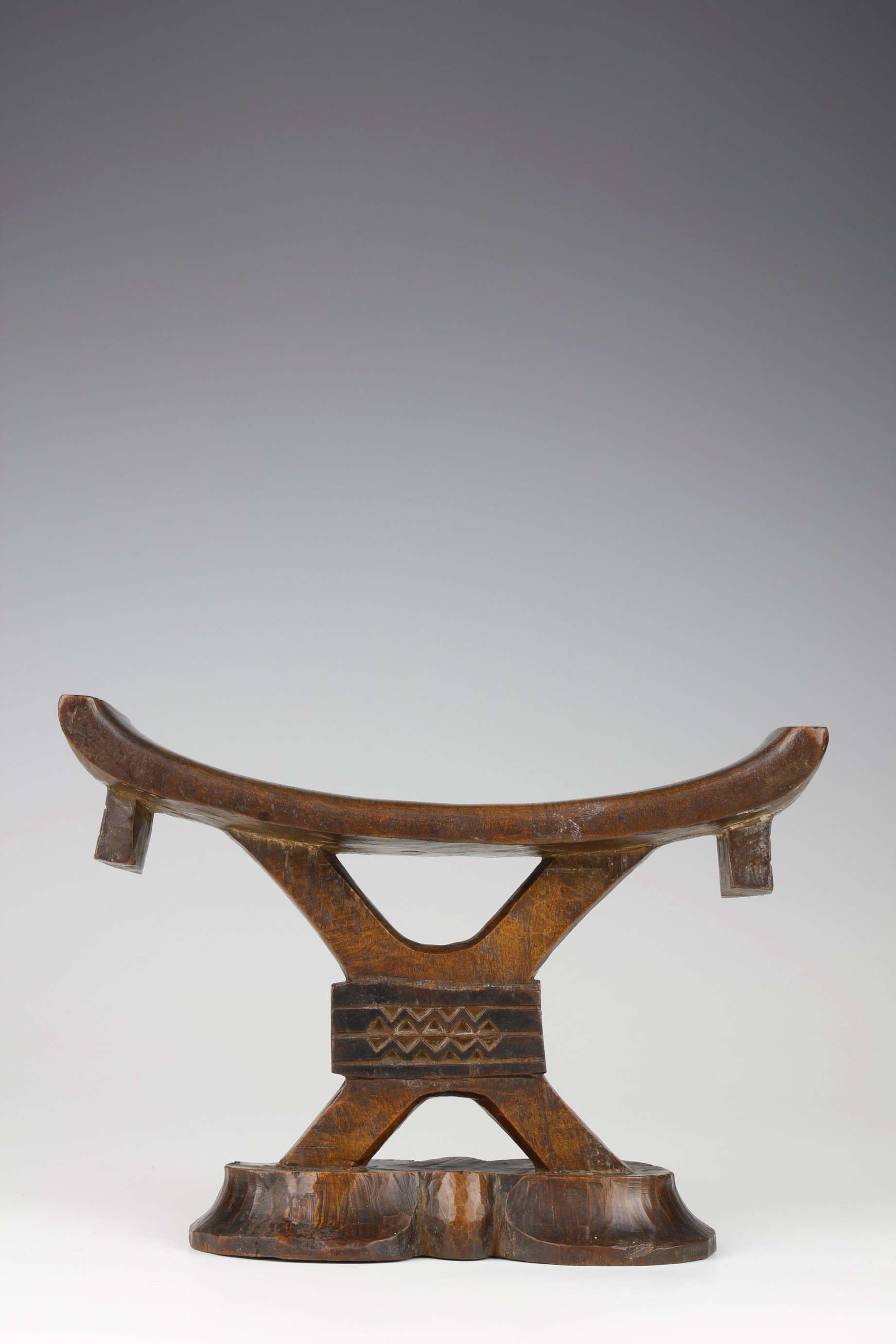 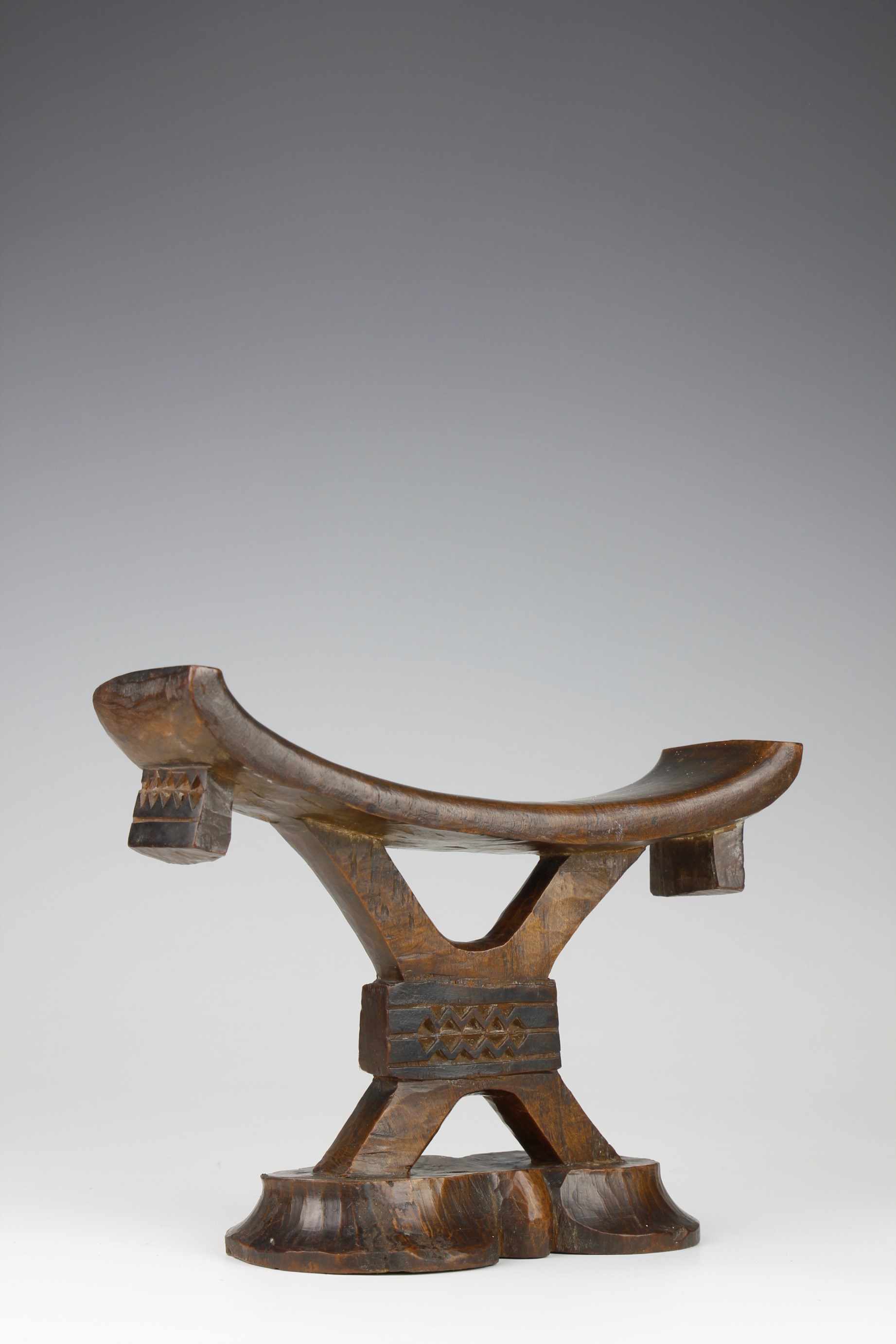 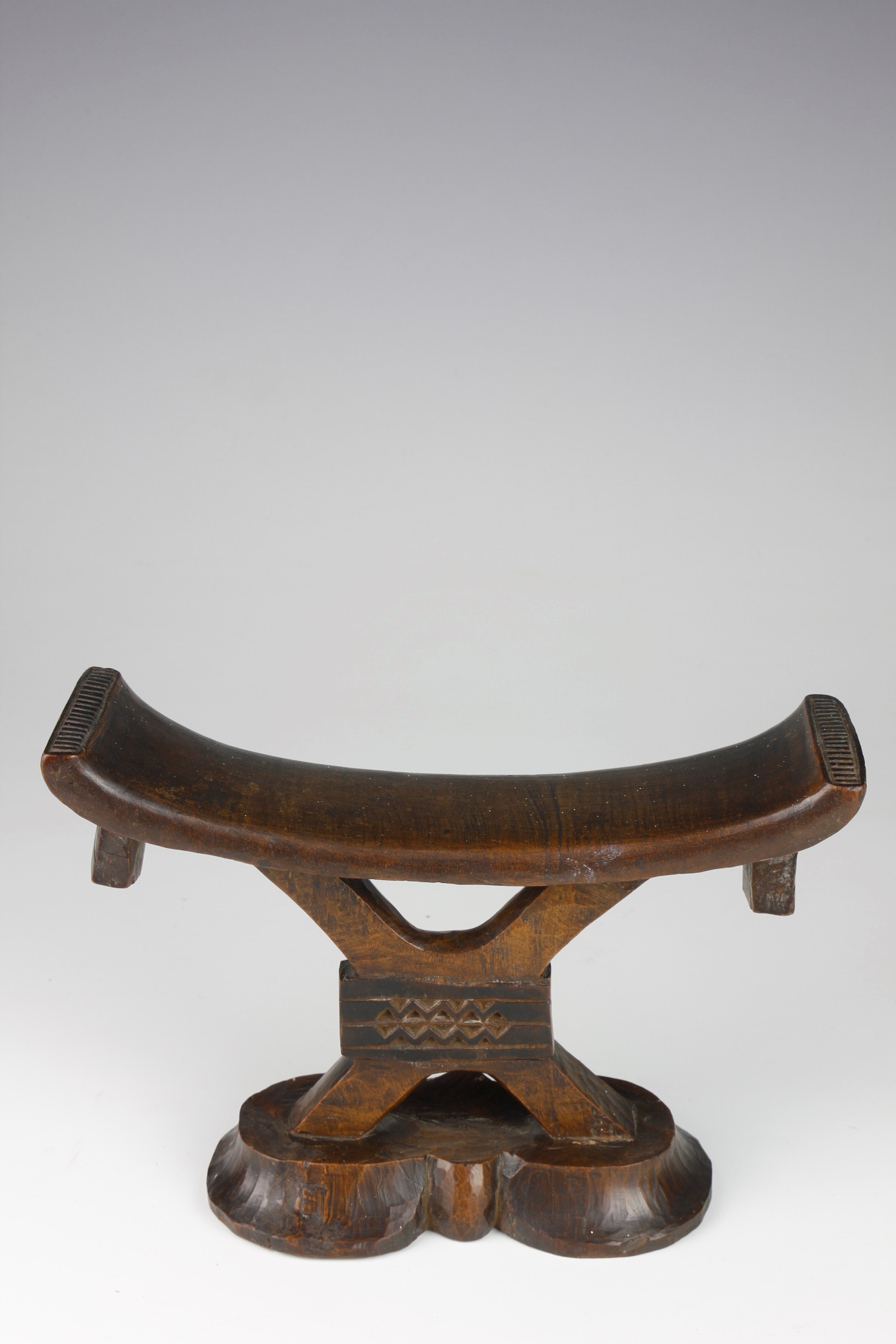 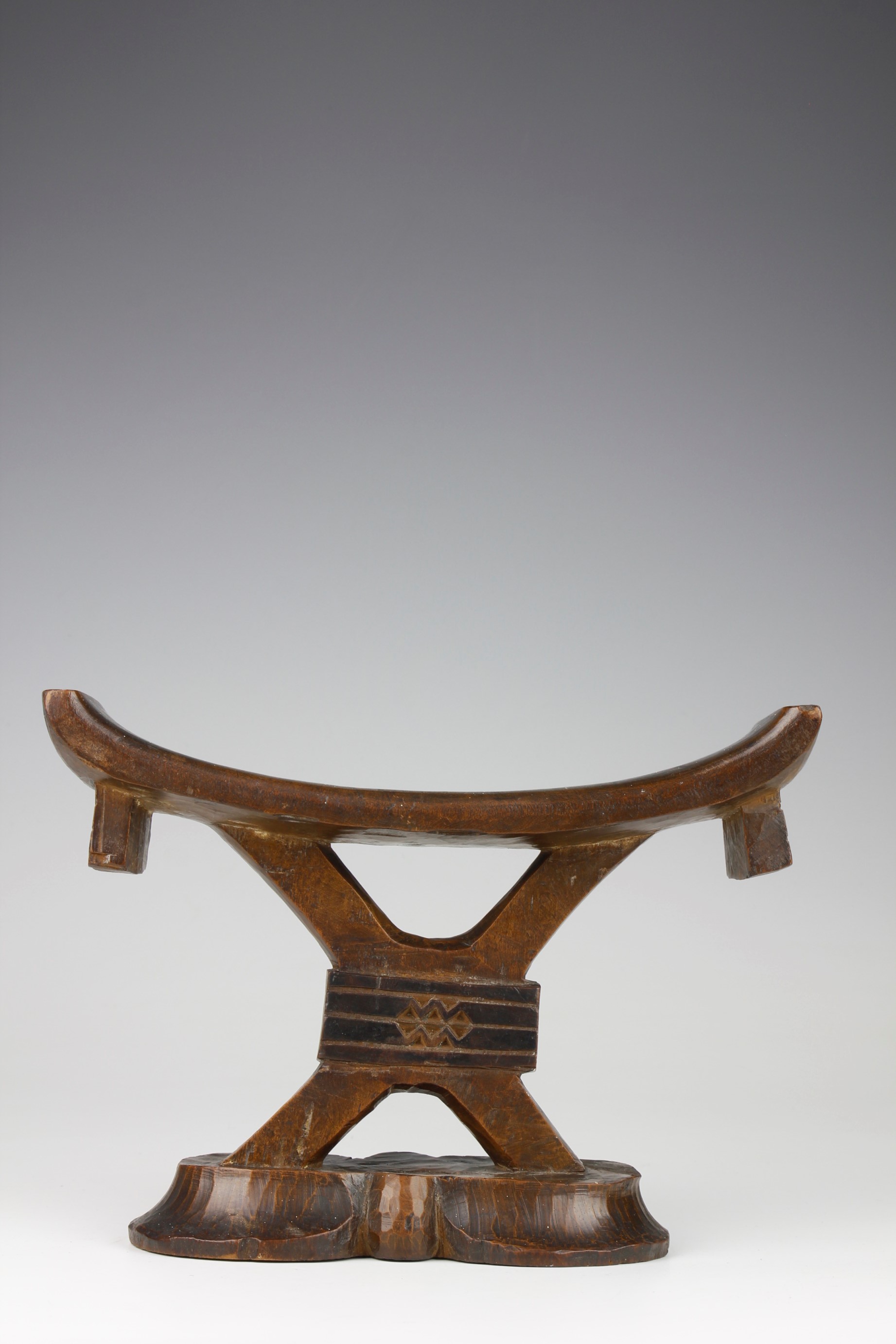 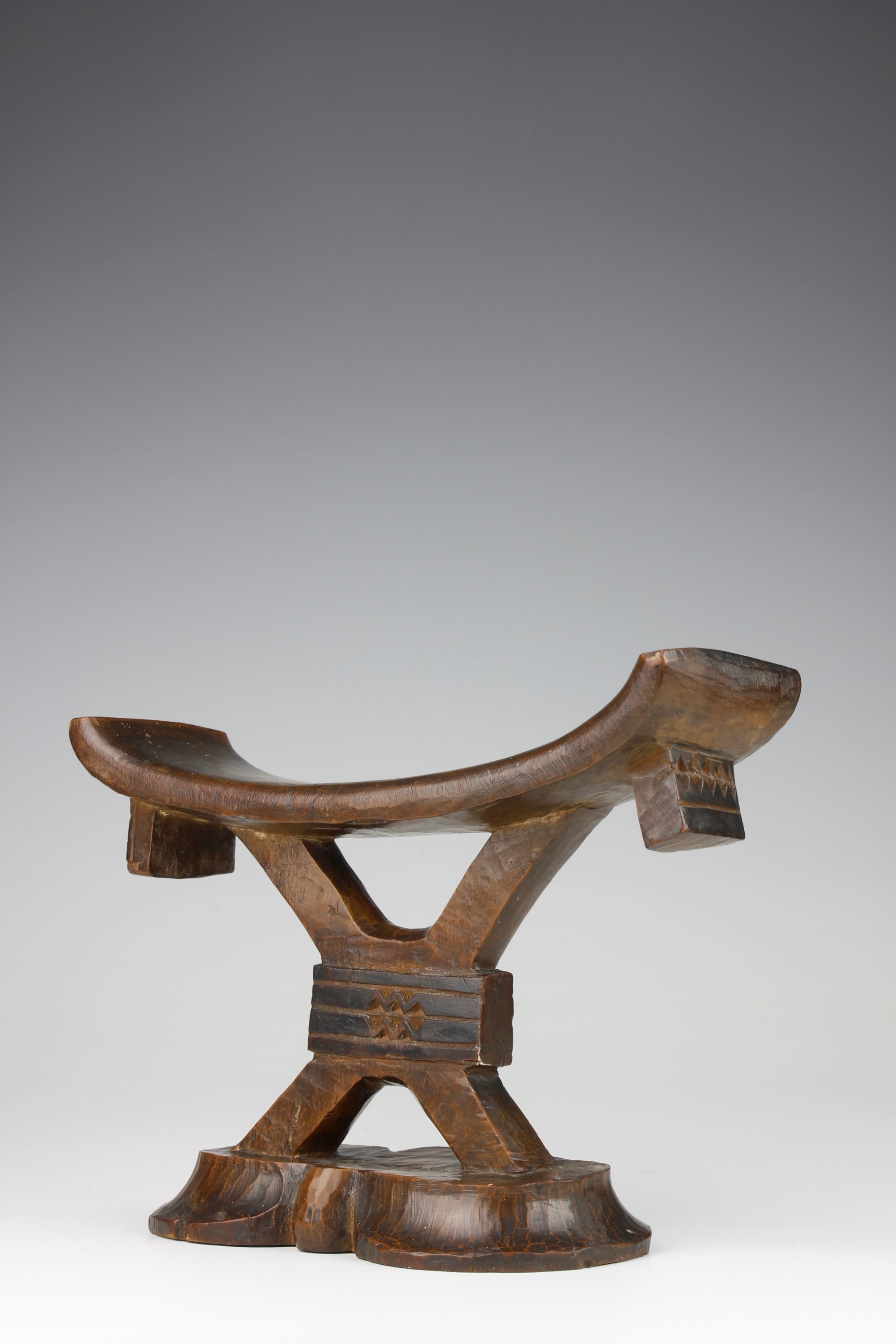 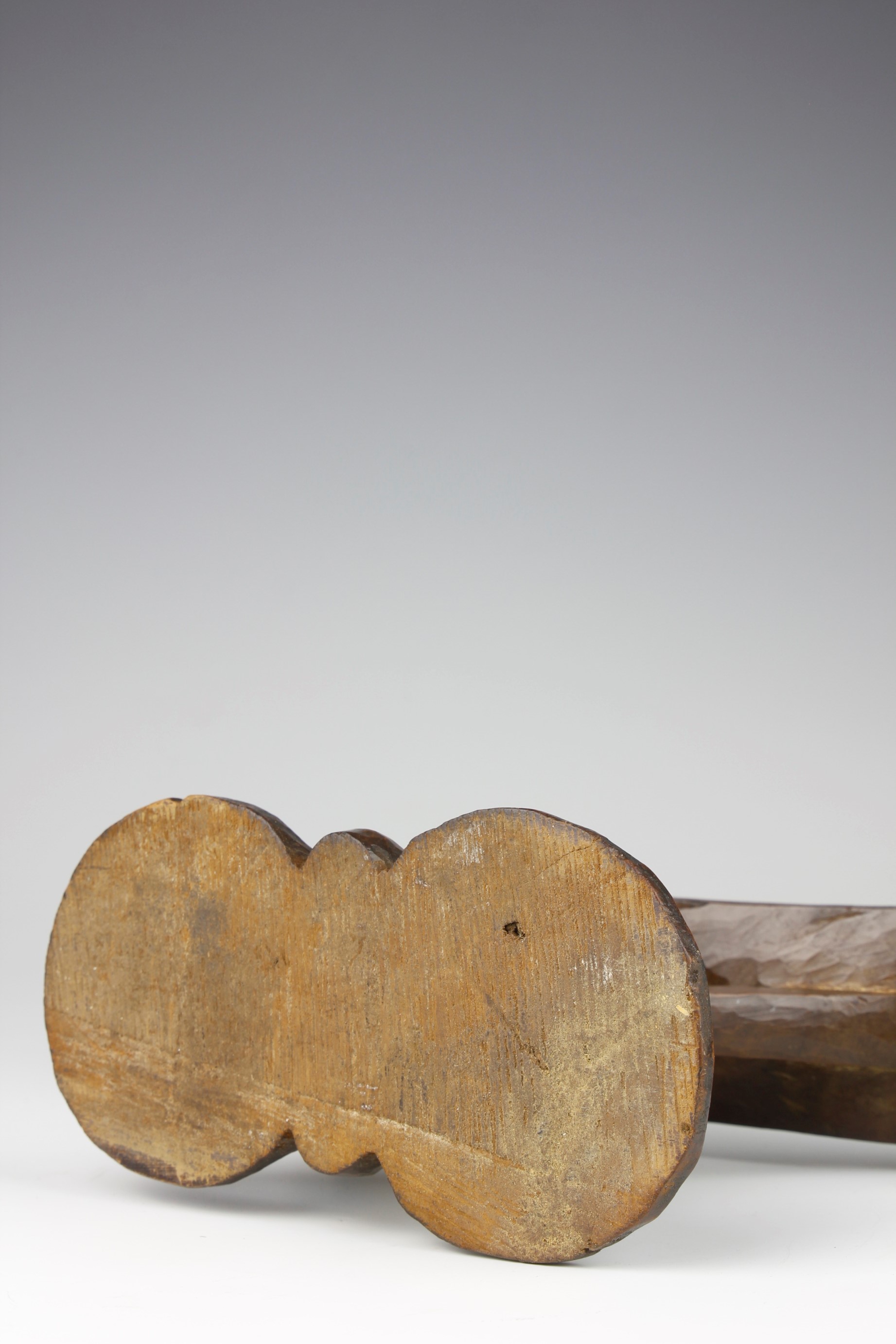 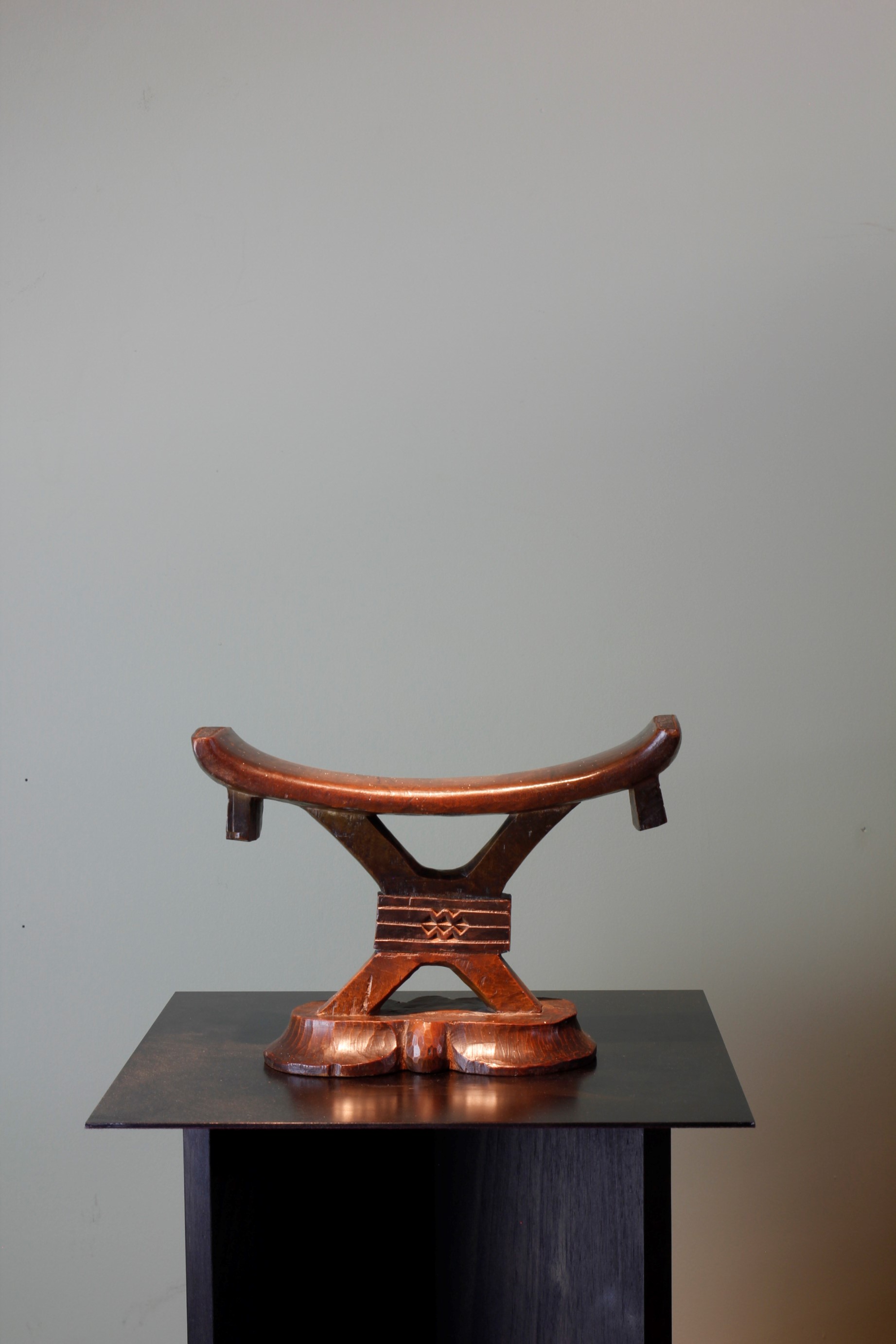 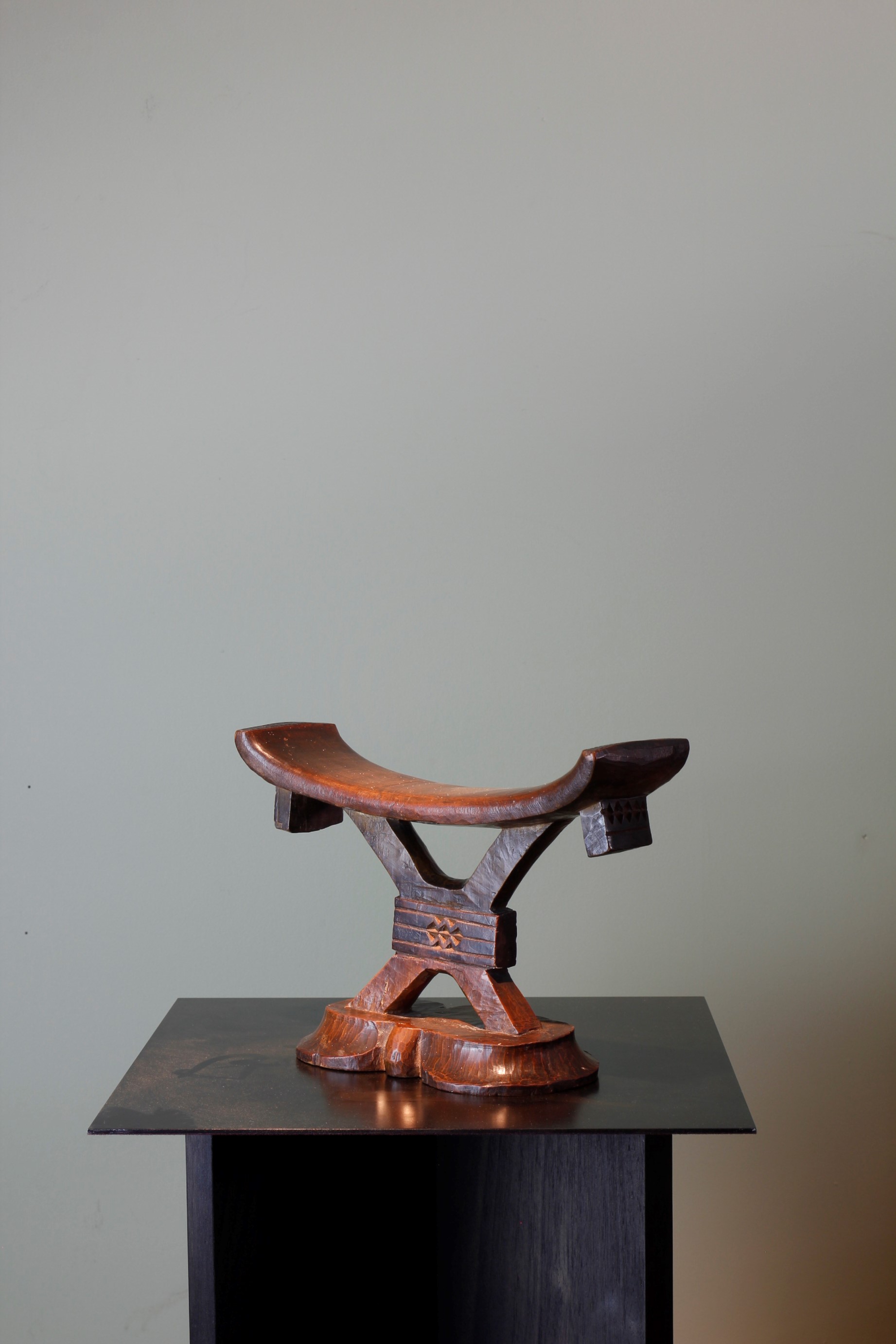 This fine Tsonga headrest is formed from a prominent X-shaped support, featuring a rectangular-shaped formation at the centre. Decorating this central component of the X-shaped support are a series of triangular-shaped designs, which are echoed on each lug of the headrest. The neck rest exhibits a lovely rich surface patina.

(There is an early restoration to the base and underside of the headrest, as shown in the images).

Condition : Early restoration to base and underside of the headrest as shown in the photos. 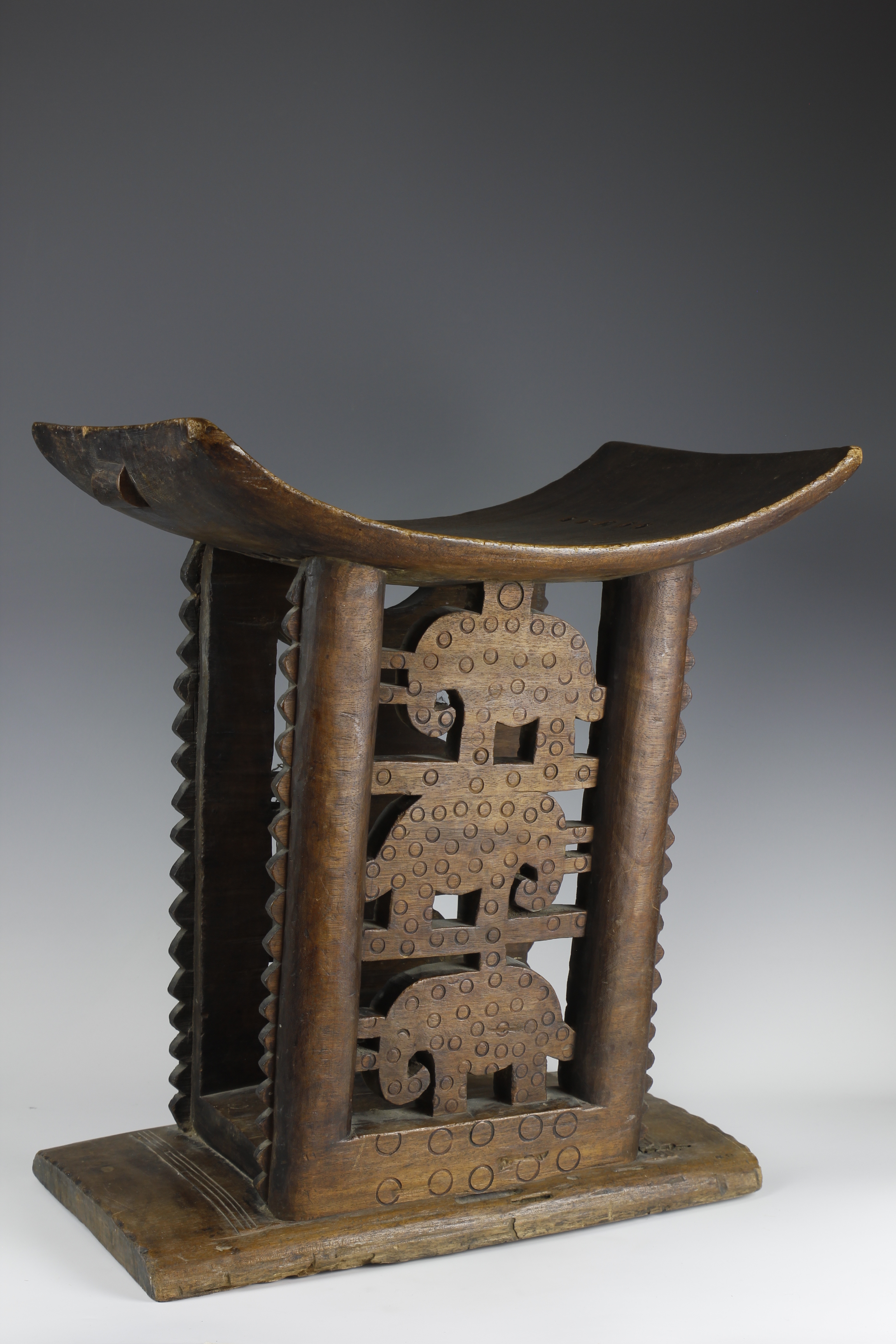 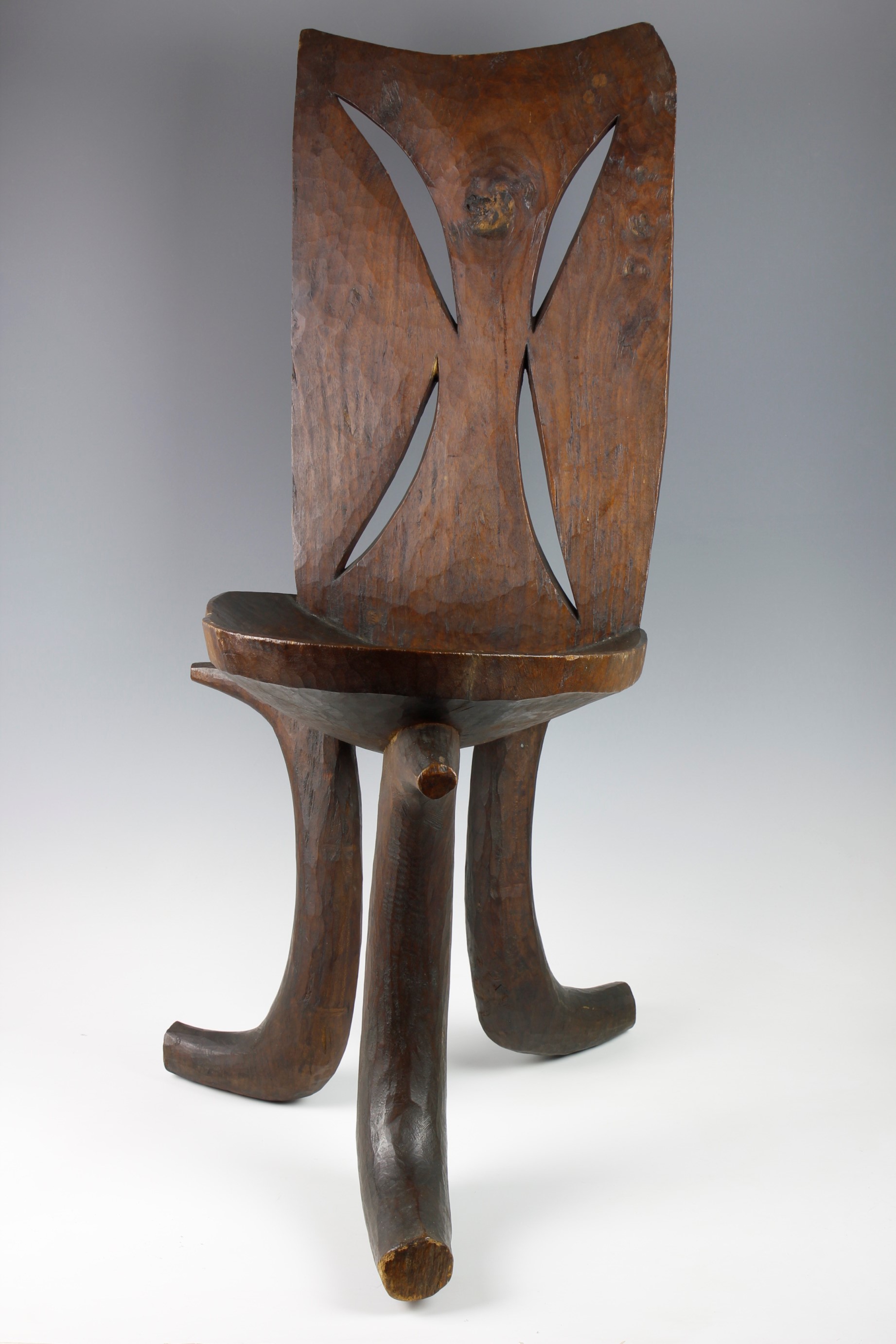 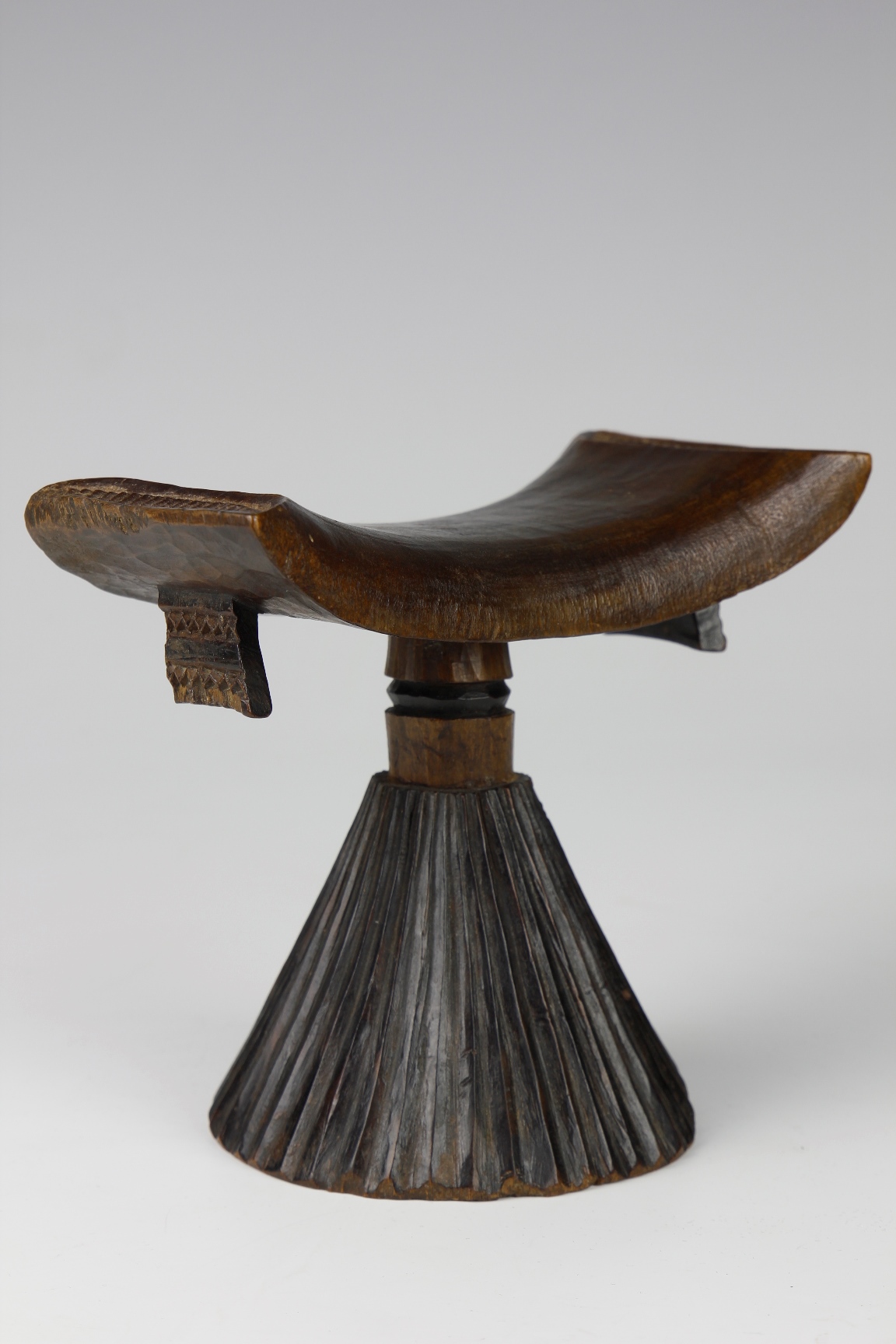 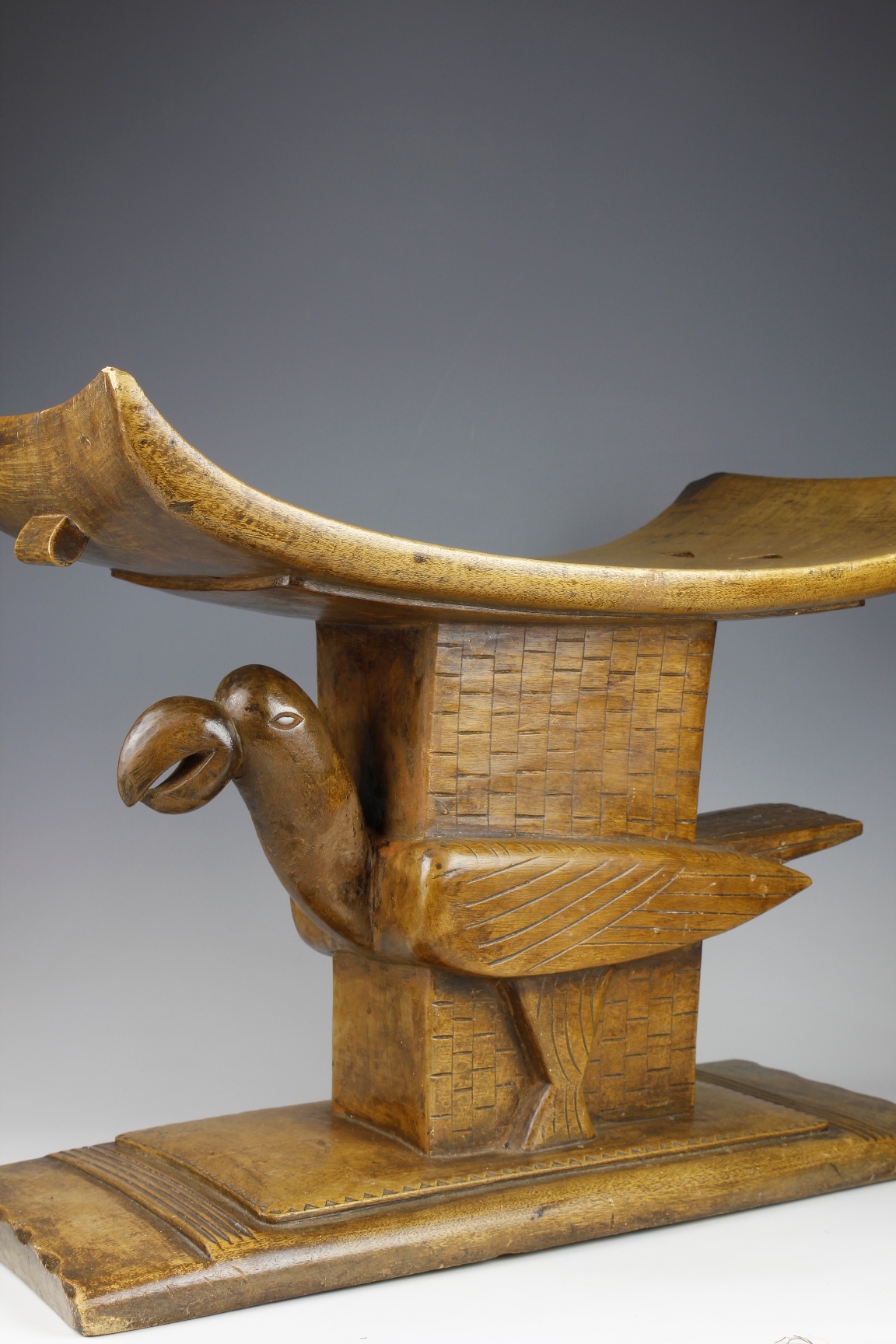