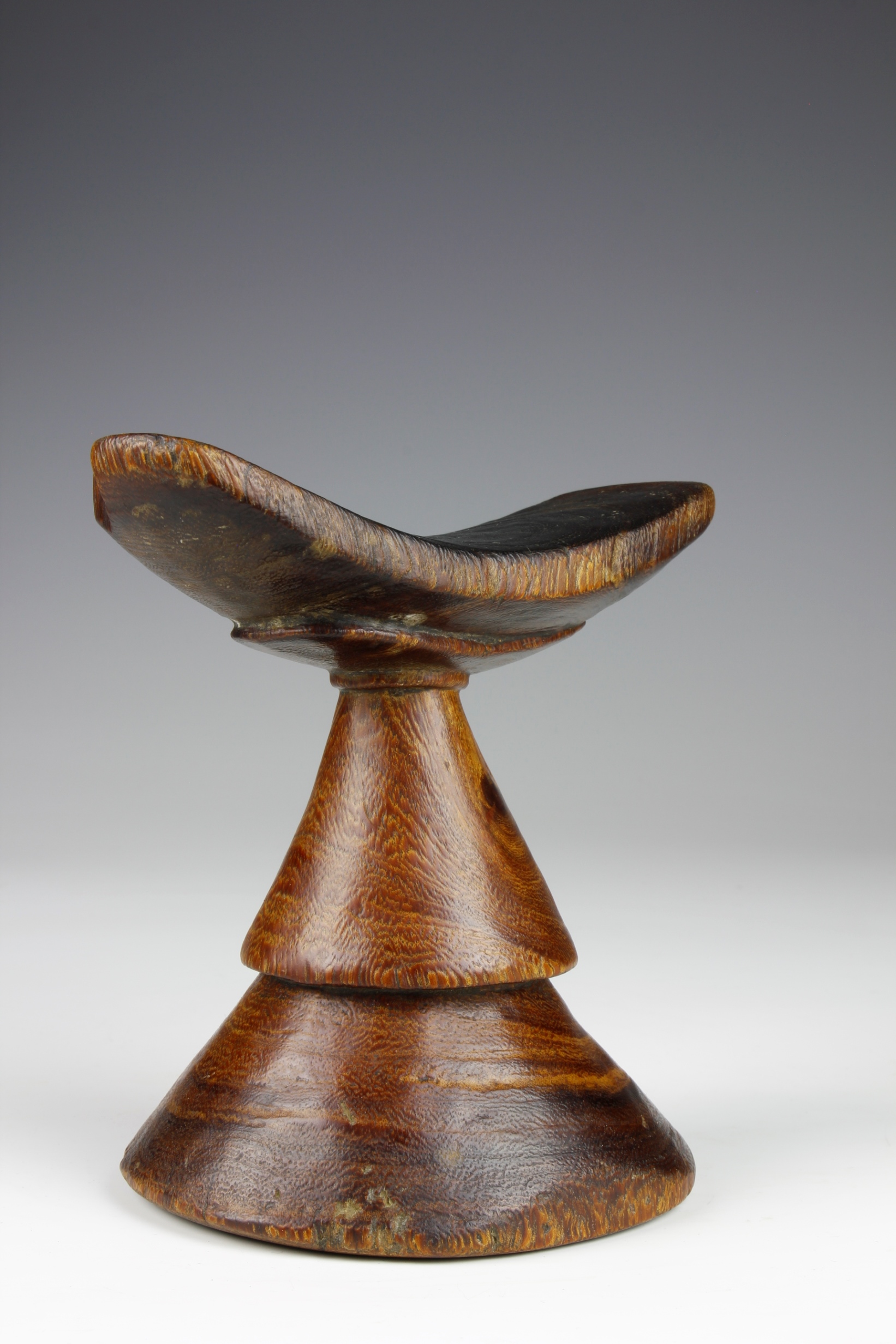 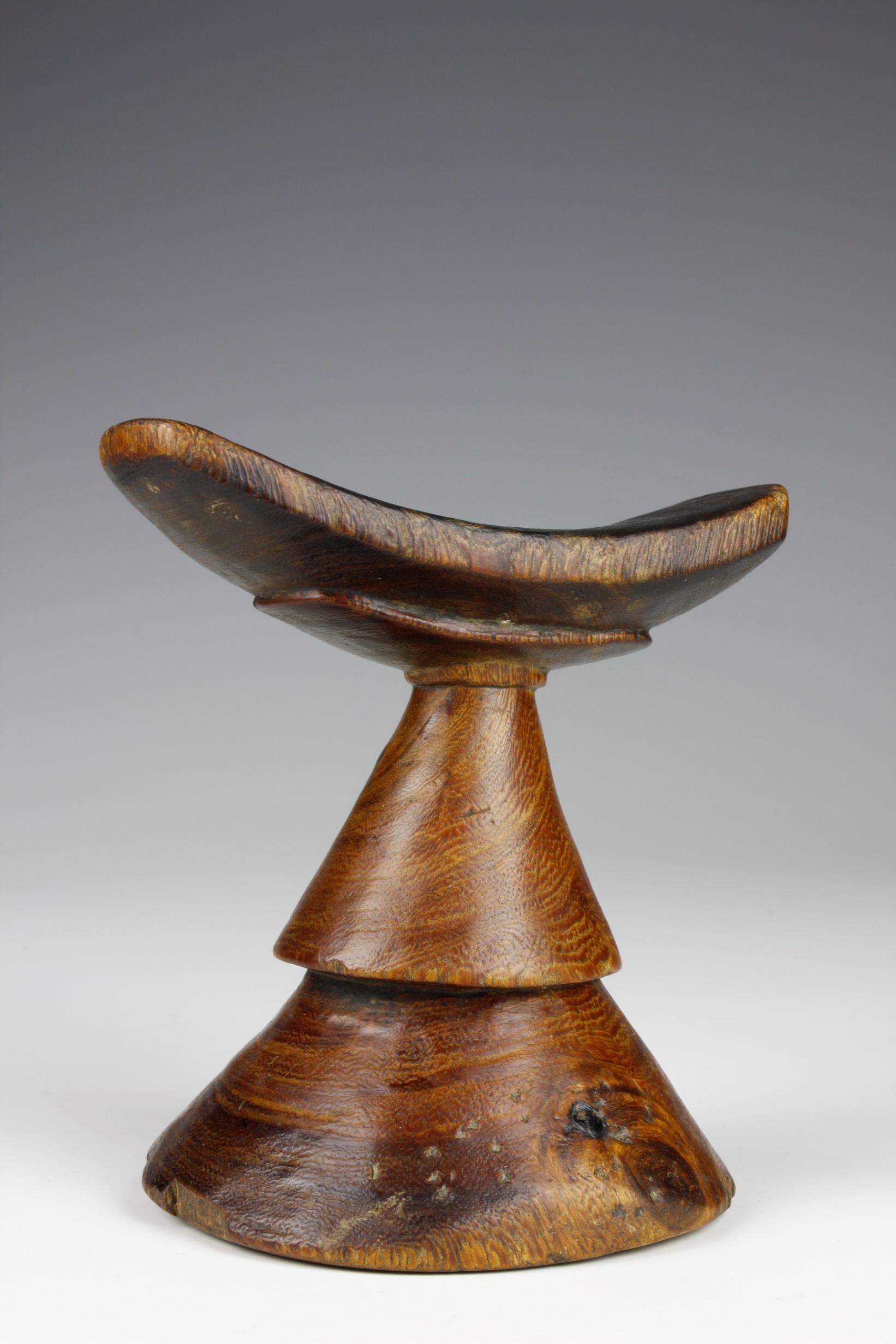 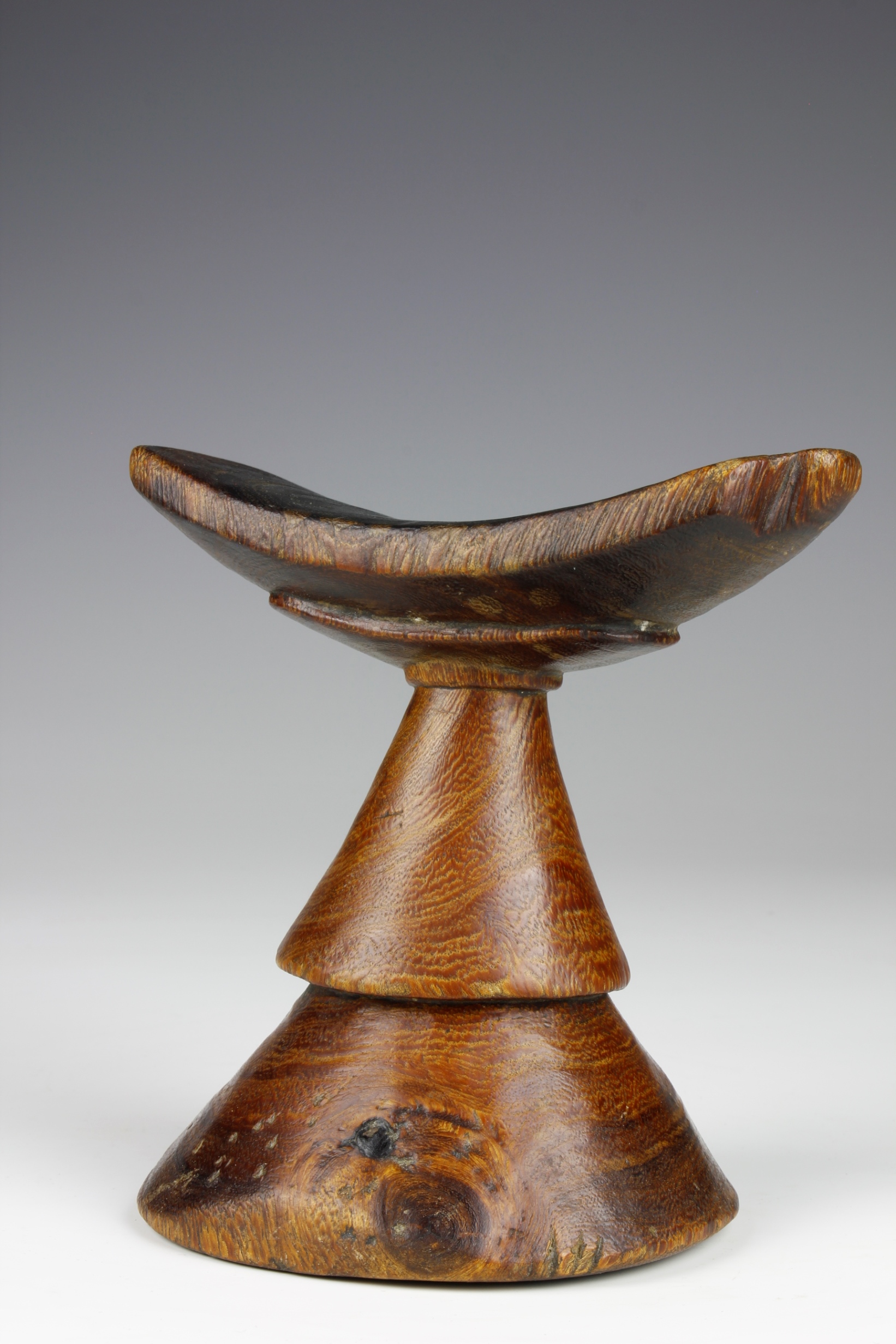 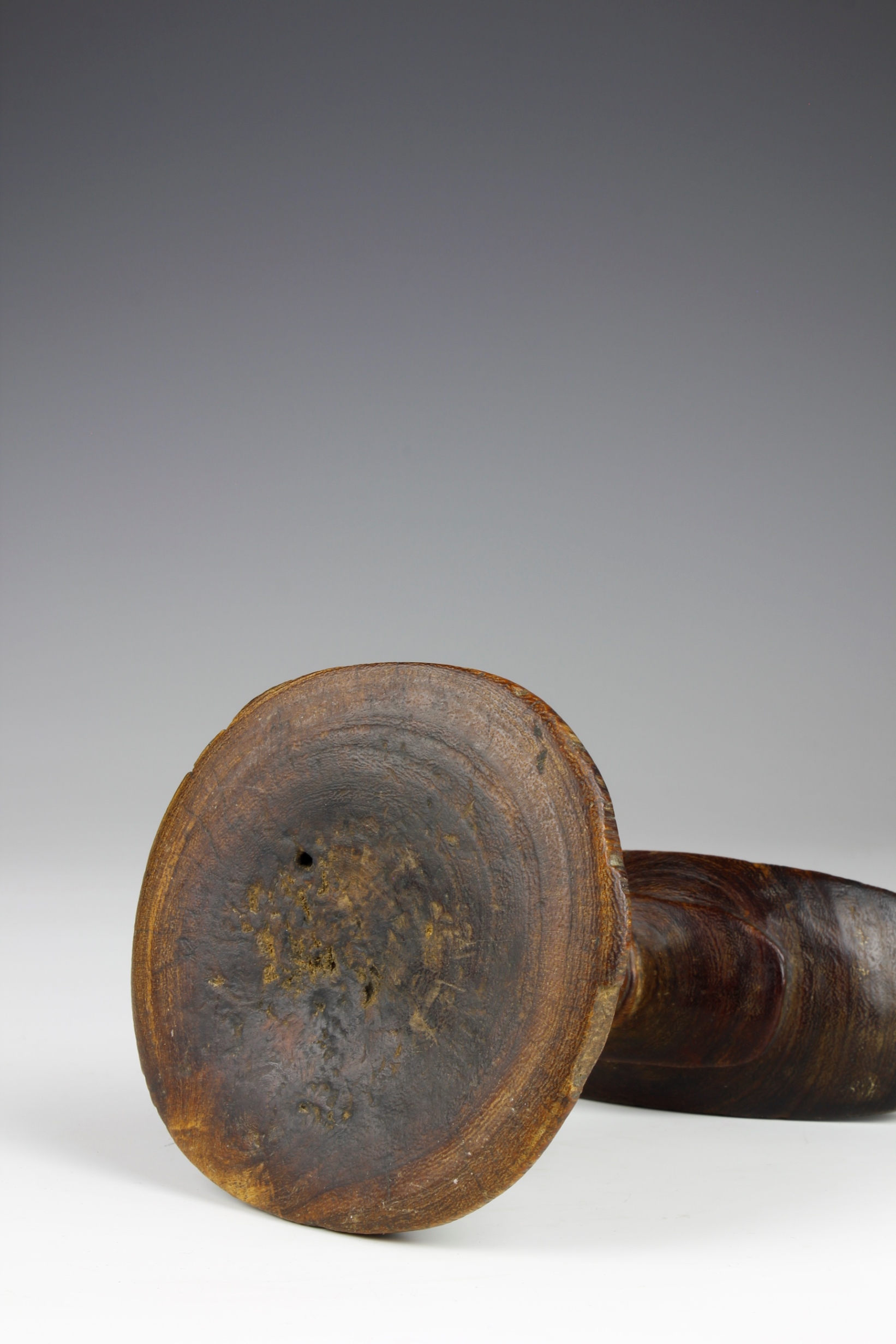 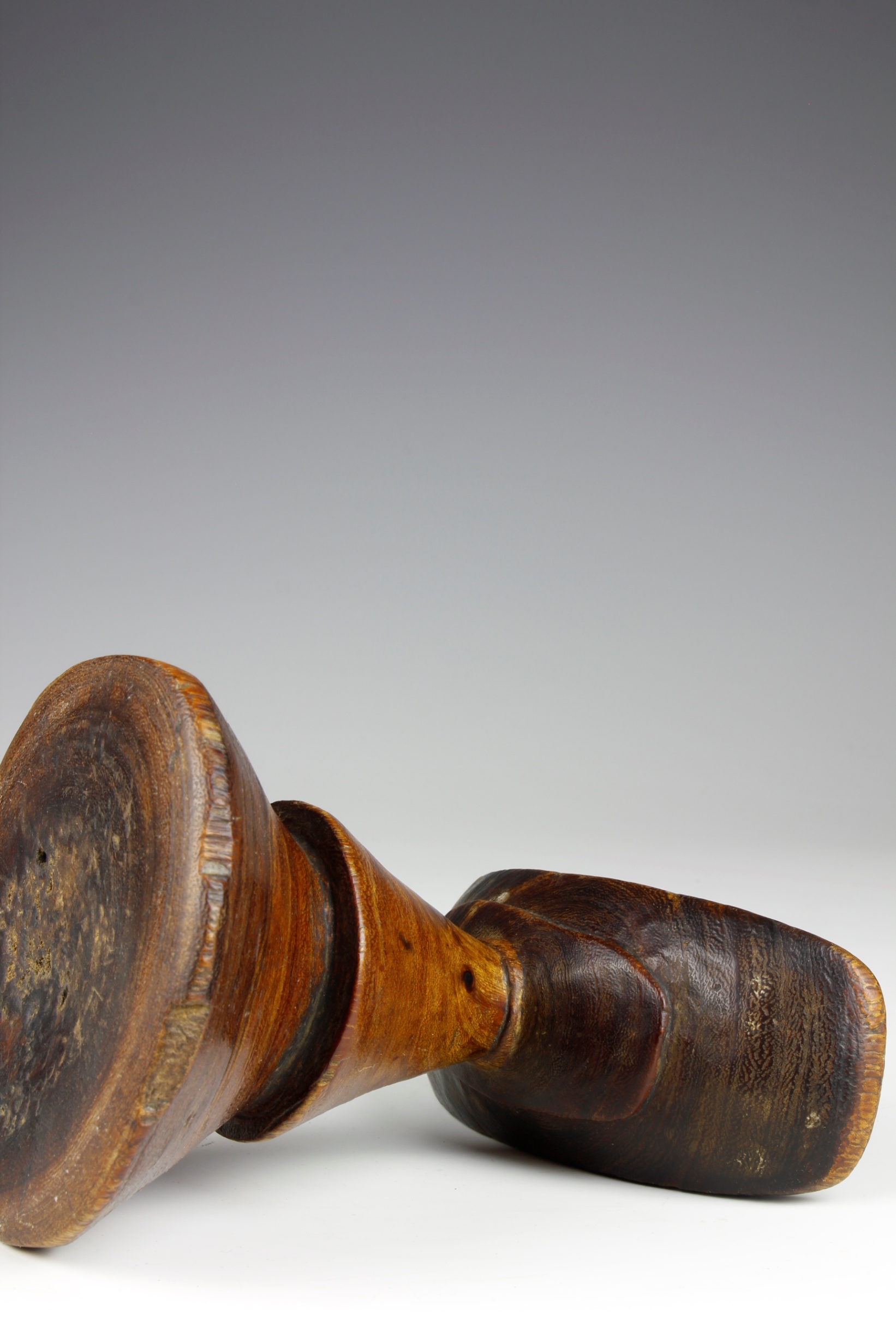 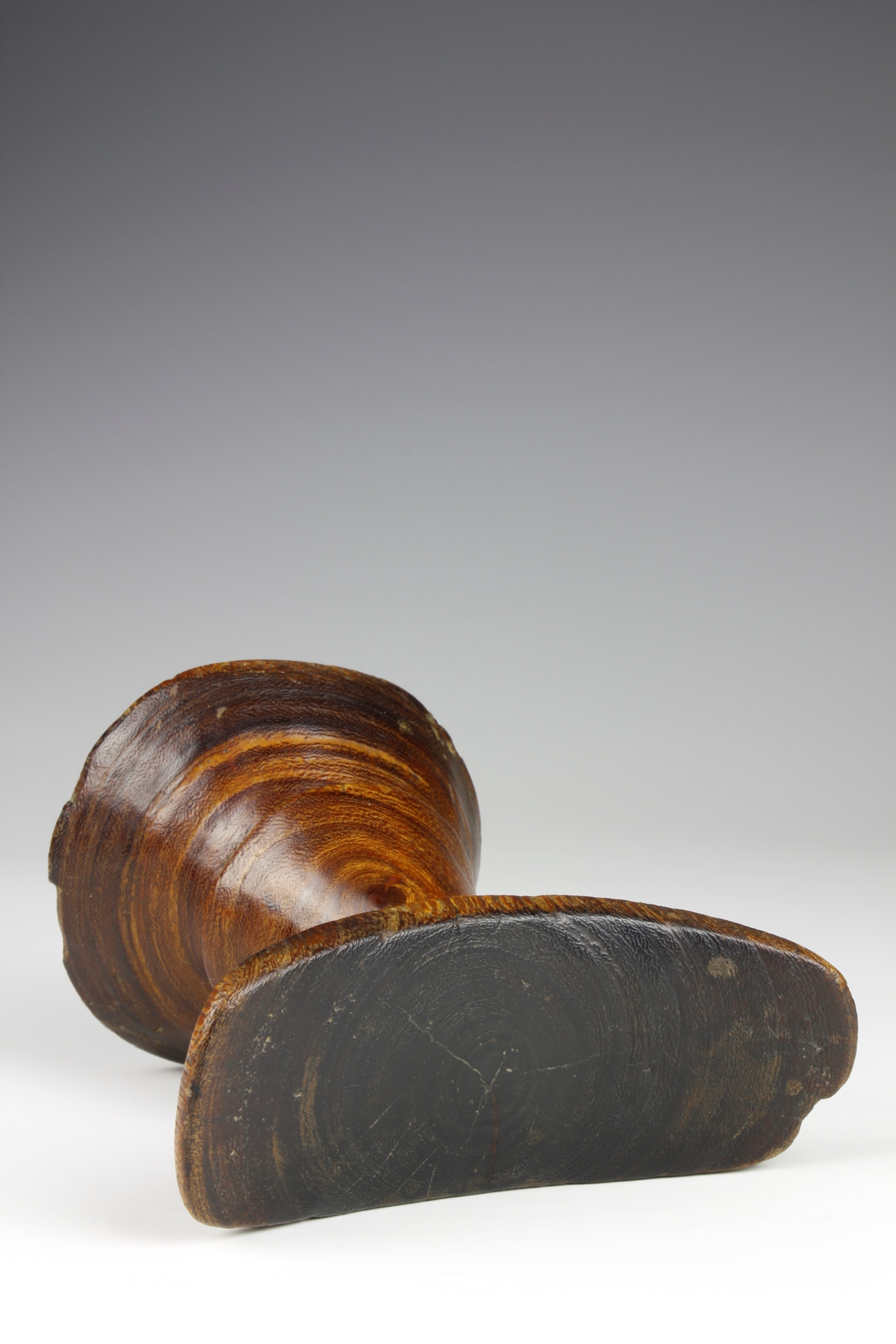 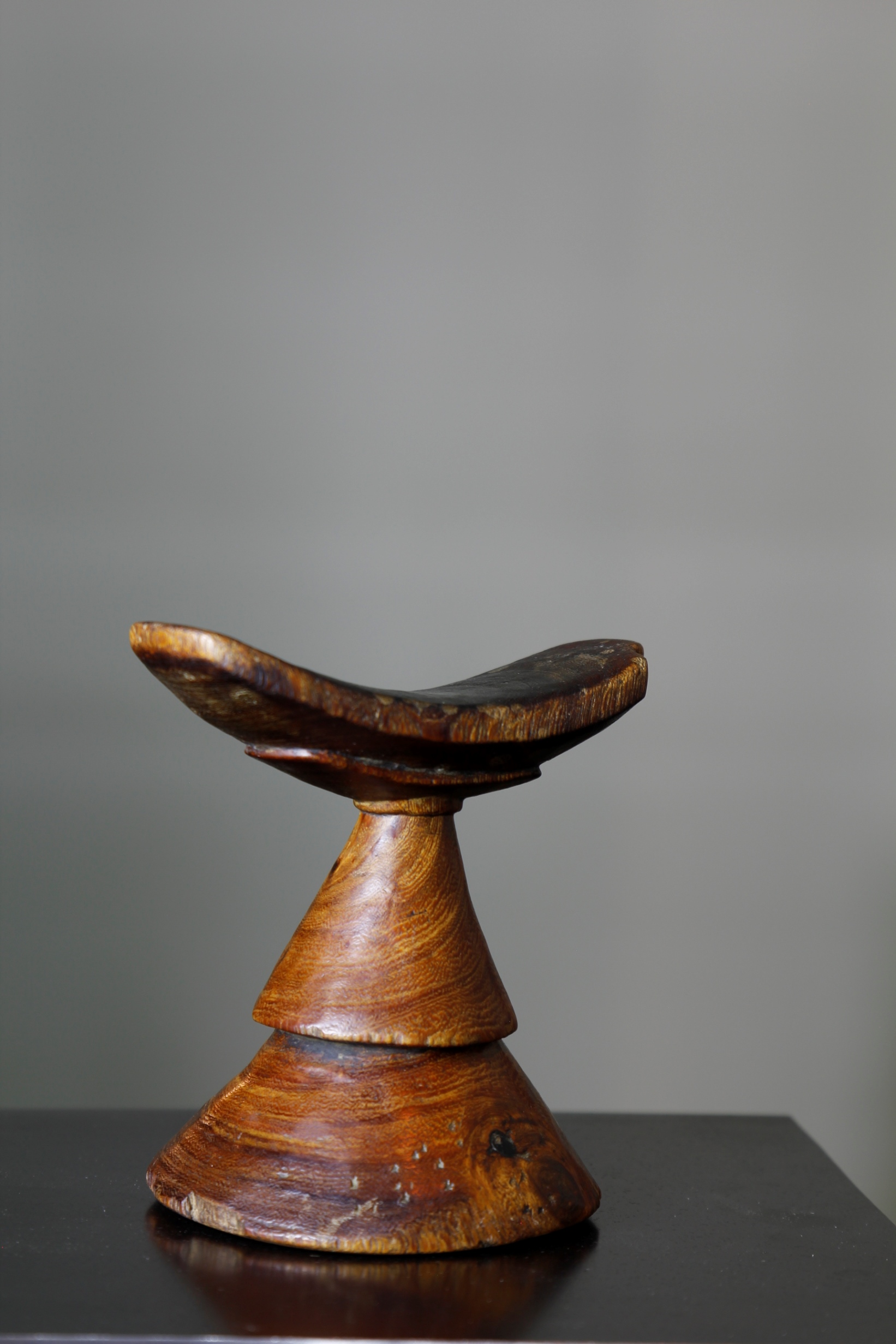 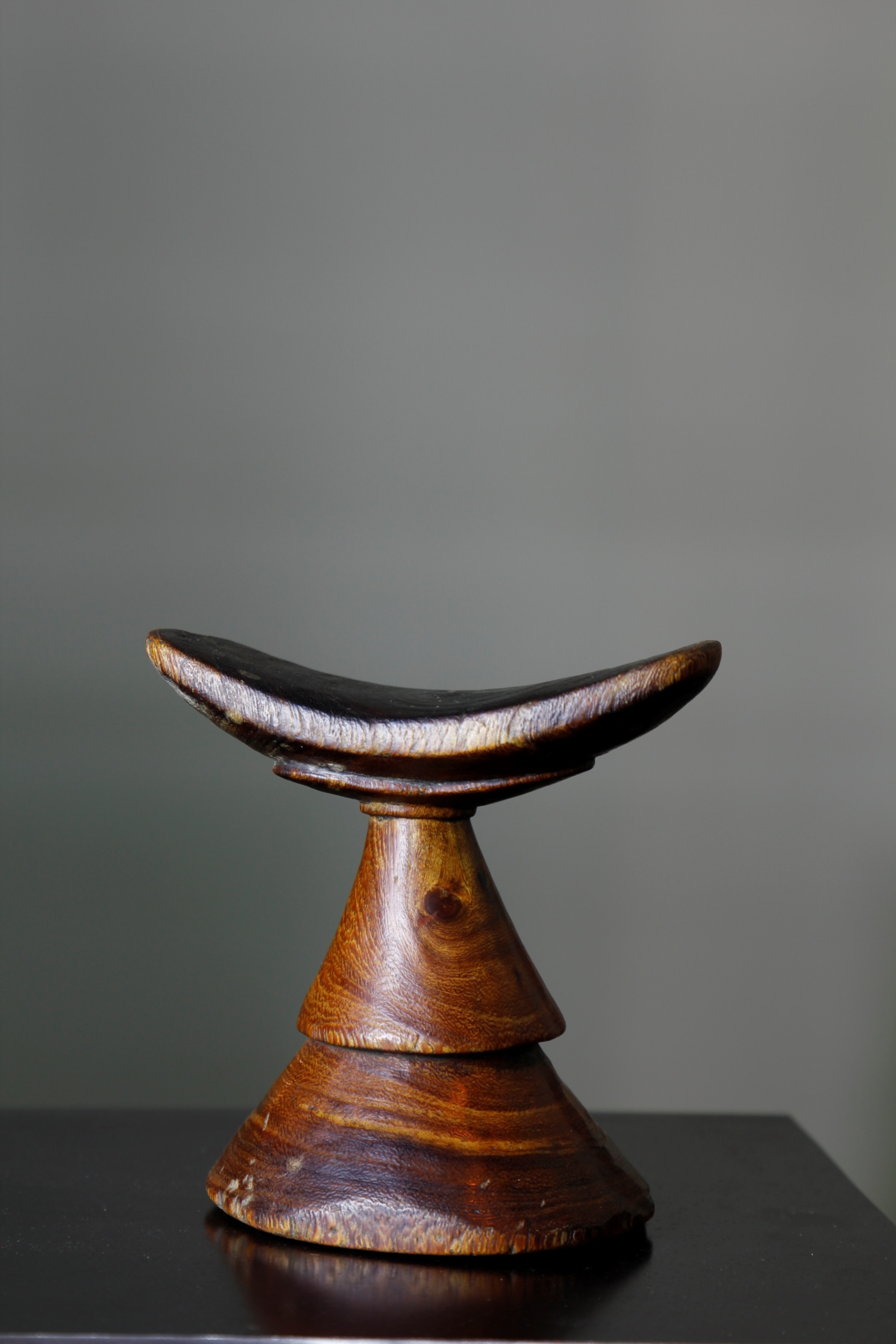 This nineteenth-century Jimma headrest has an unusual feature - the double-stepped form of its cone-shaped base. This is echoed on the underside of the curved neck support, where a similar tiered shape has been carved.

Features such as this are not commonly found among headrests from this region. Carved from a heavy brown wood, this headrest displays a worn surface patina which shows obvious signs of extensive use over the years. 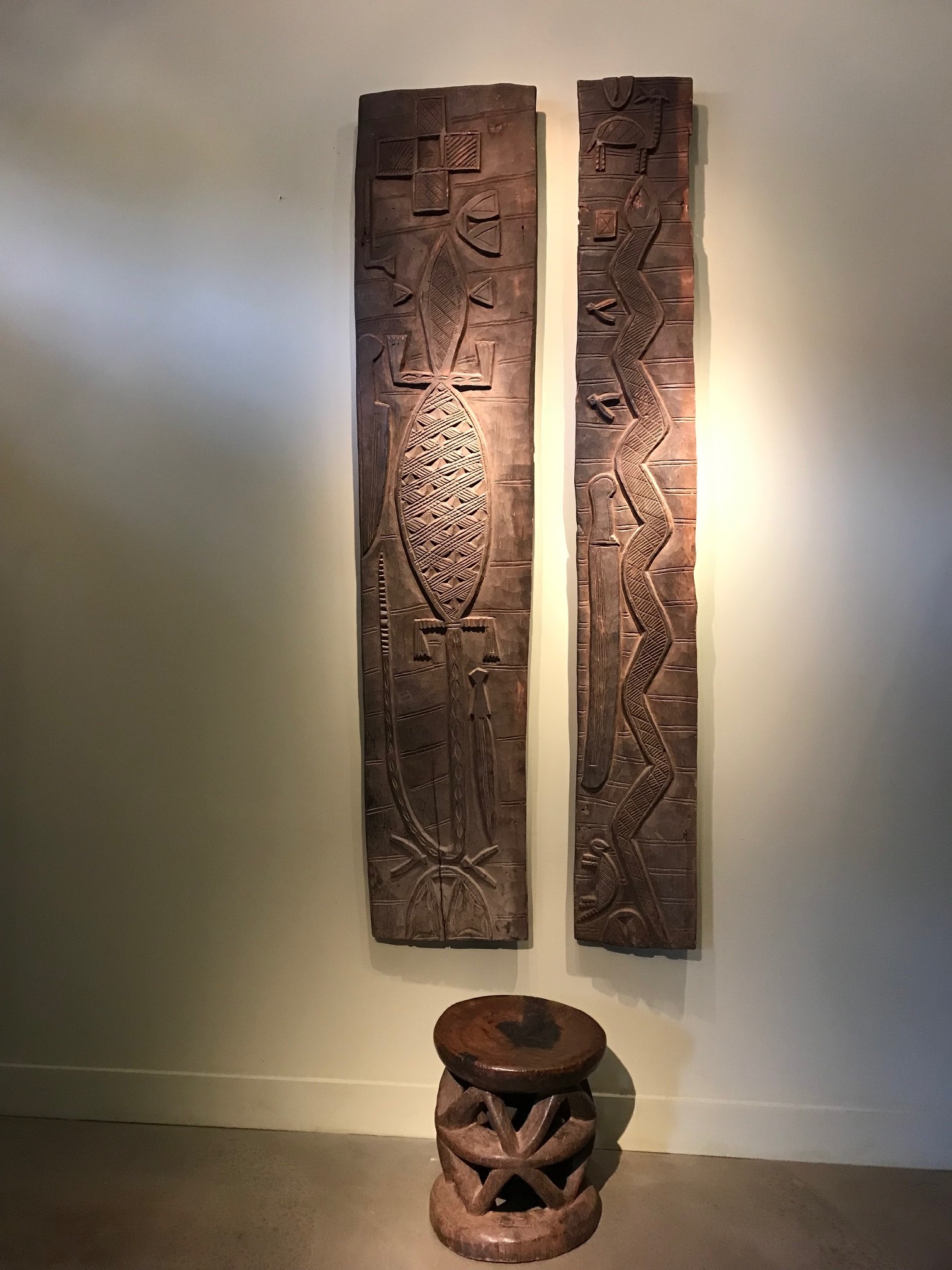 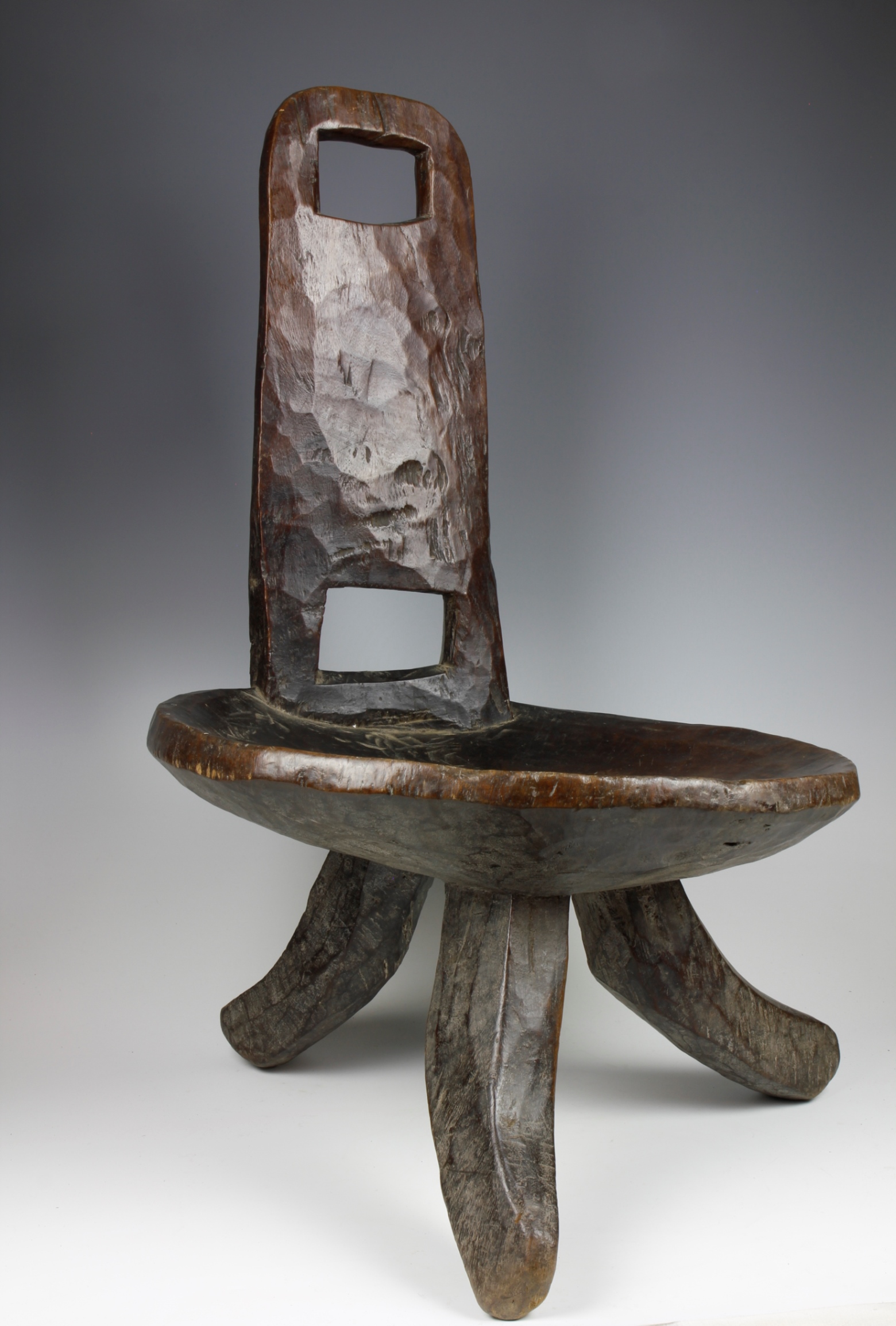 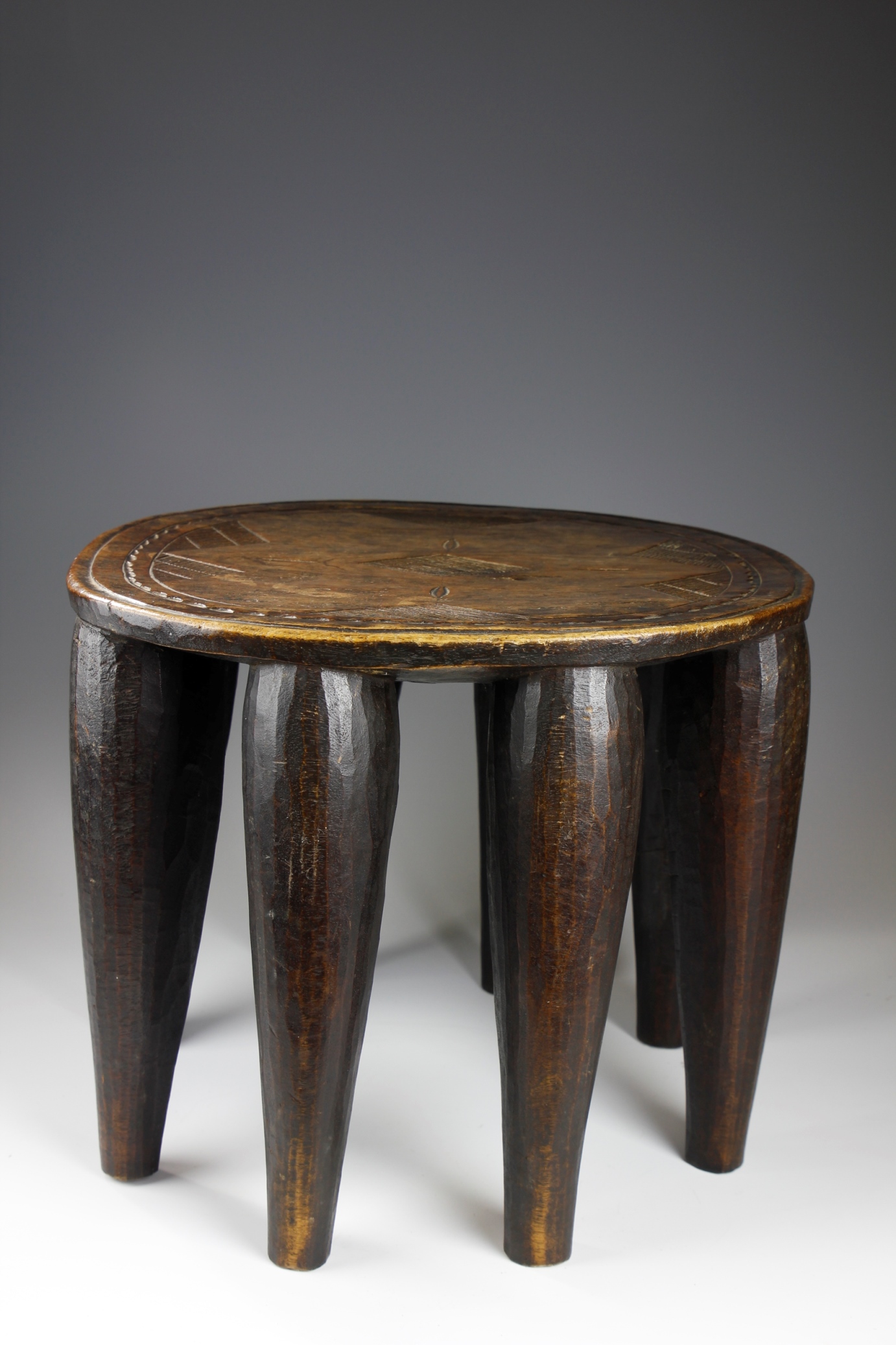 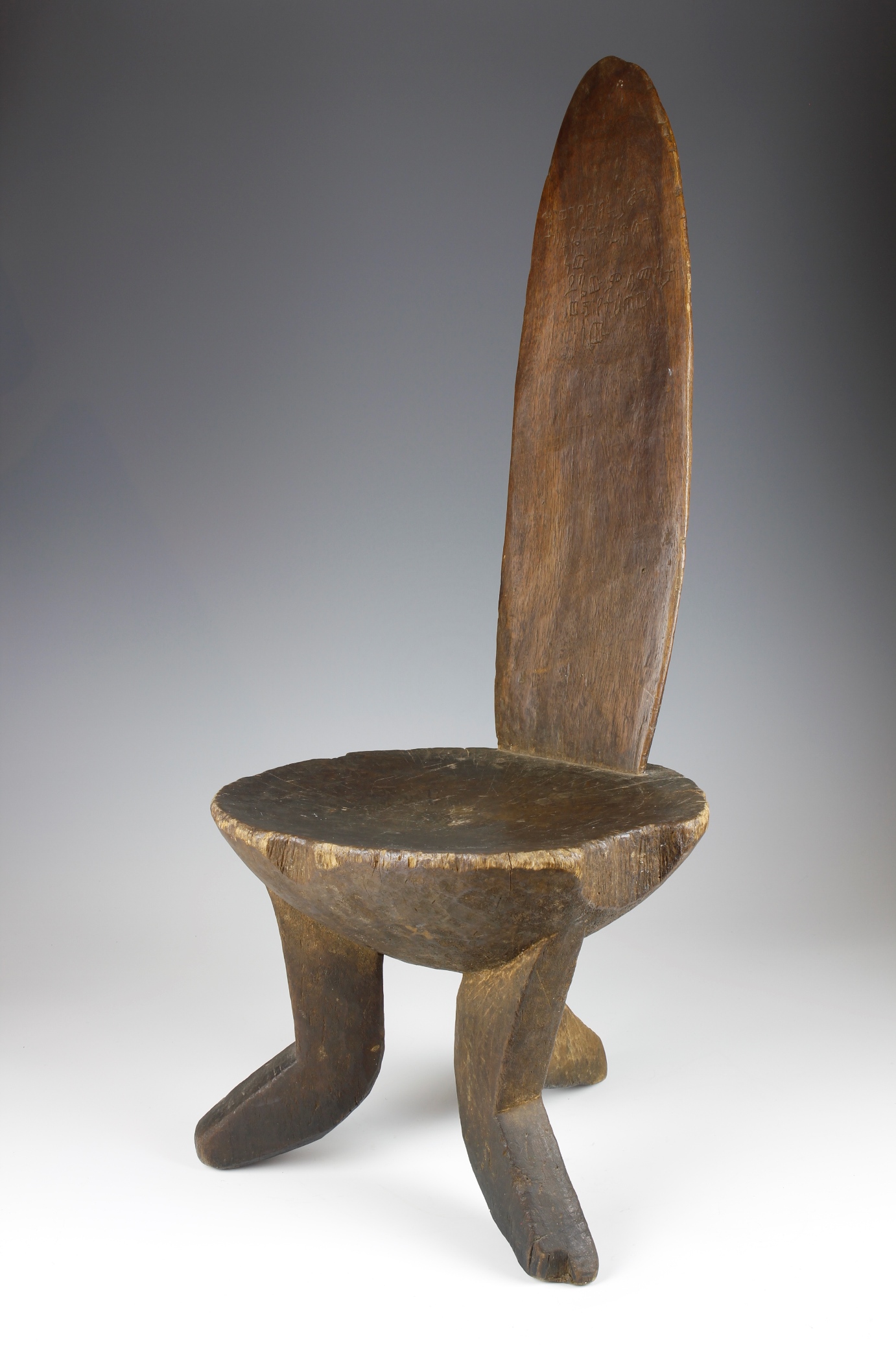