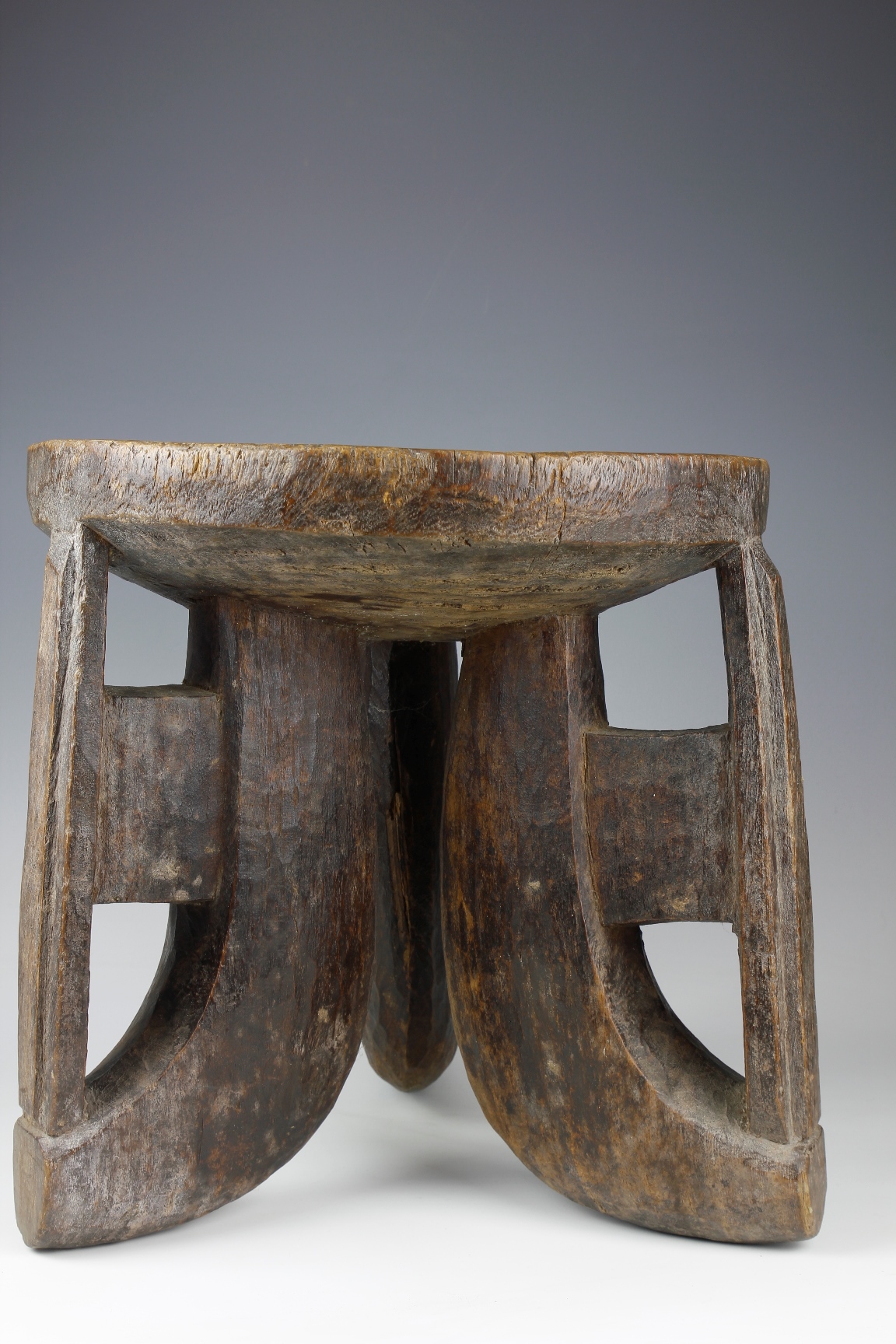 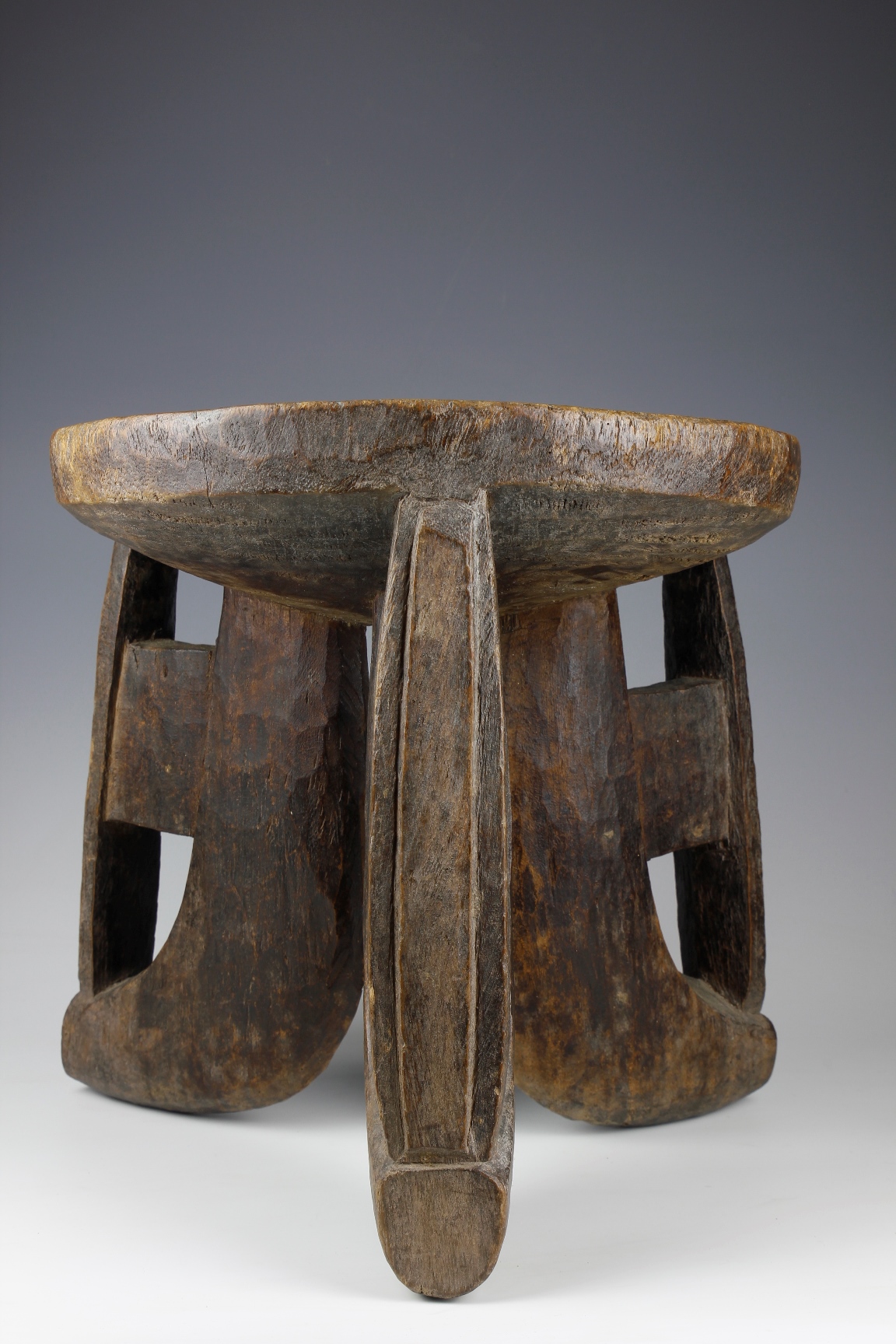 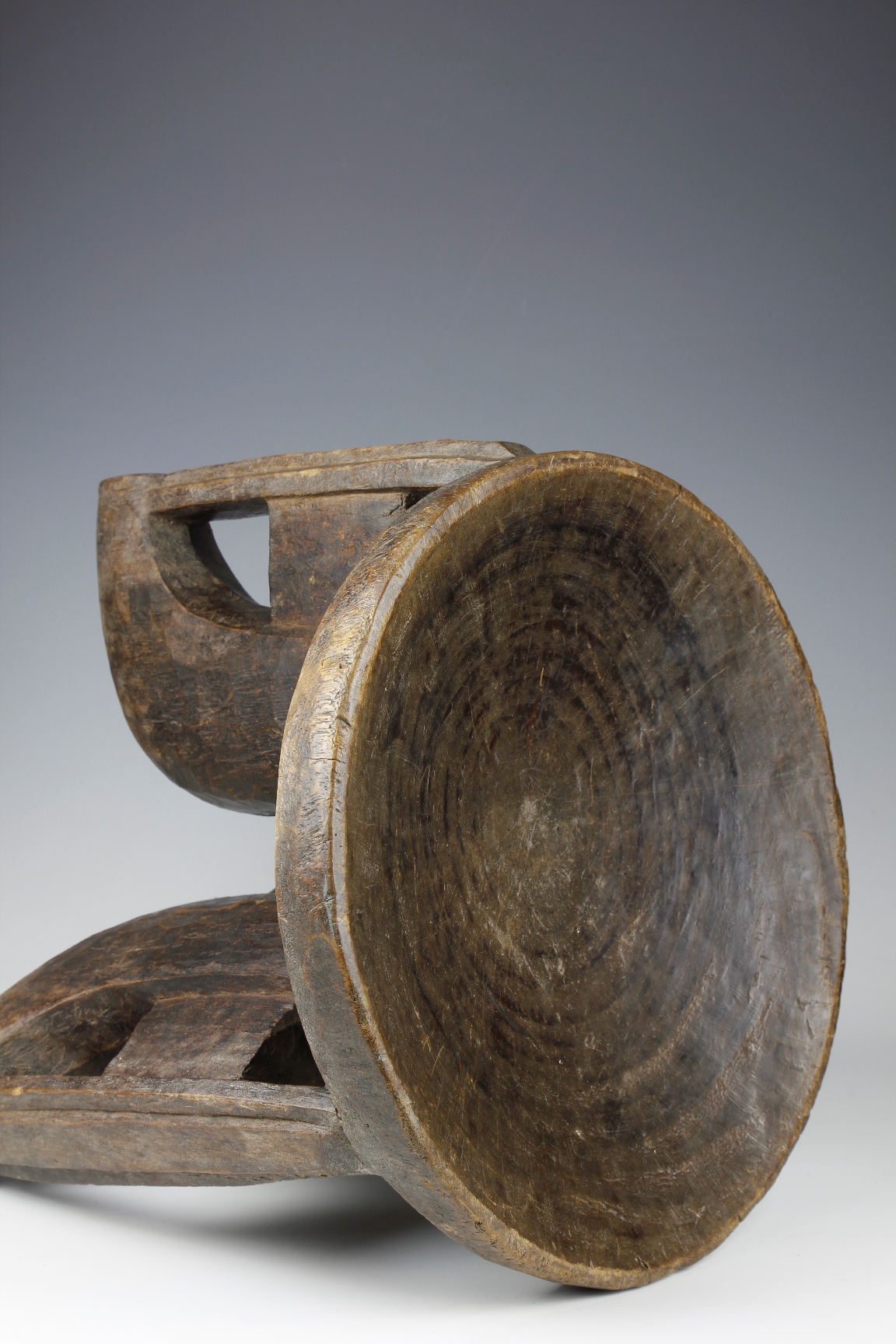 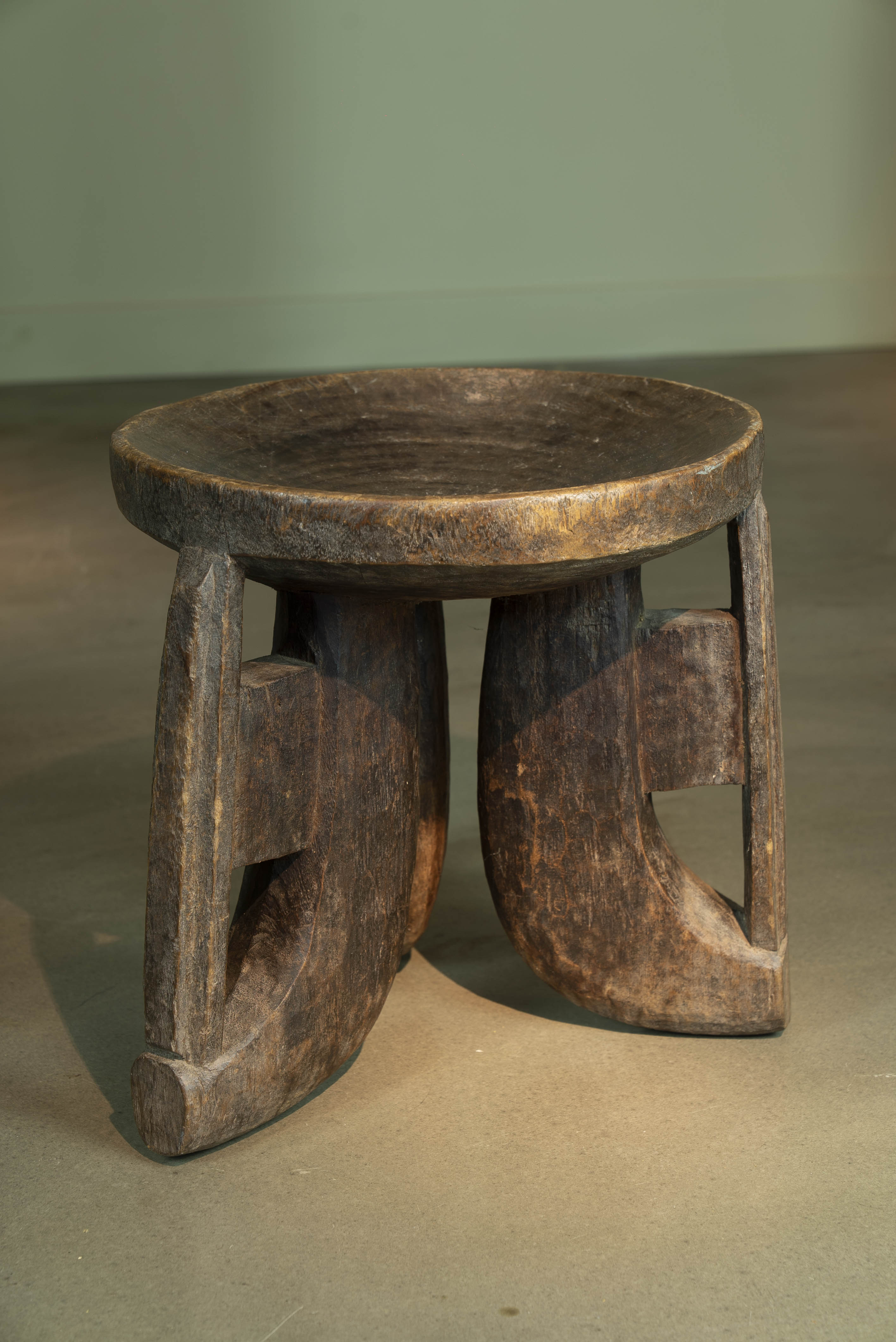 Three solid, powerfully-formed legs support this large Gurage stool from Ethiopia. The curved form of the legs is typical of stools from this region.

Rather unusually, each leg also consists of an upright structure, which also would have acted as a handle to carry the stool. 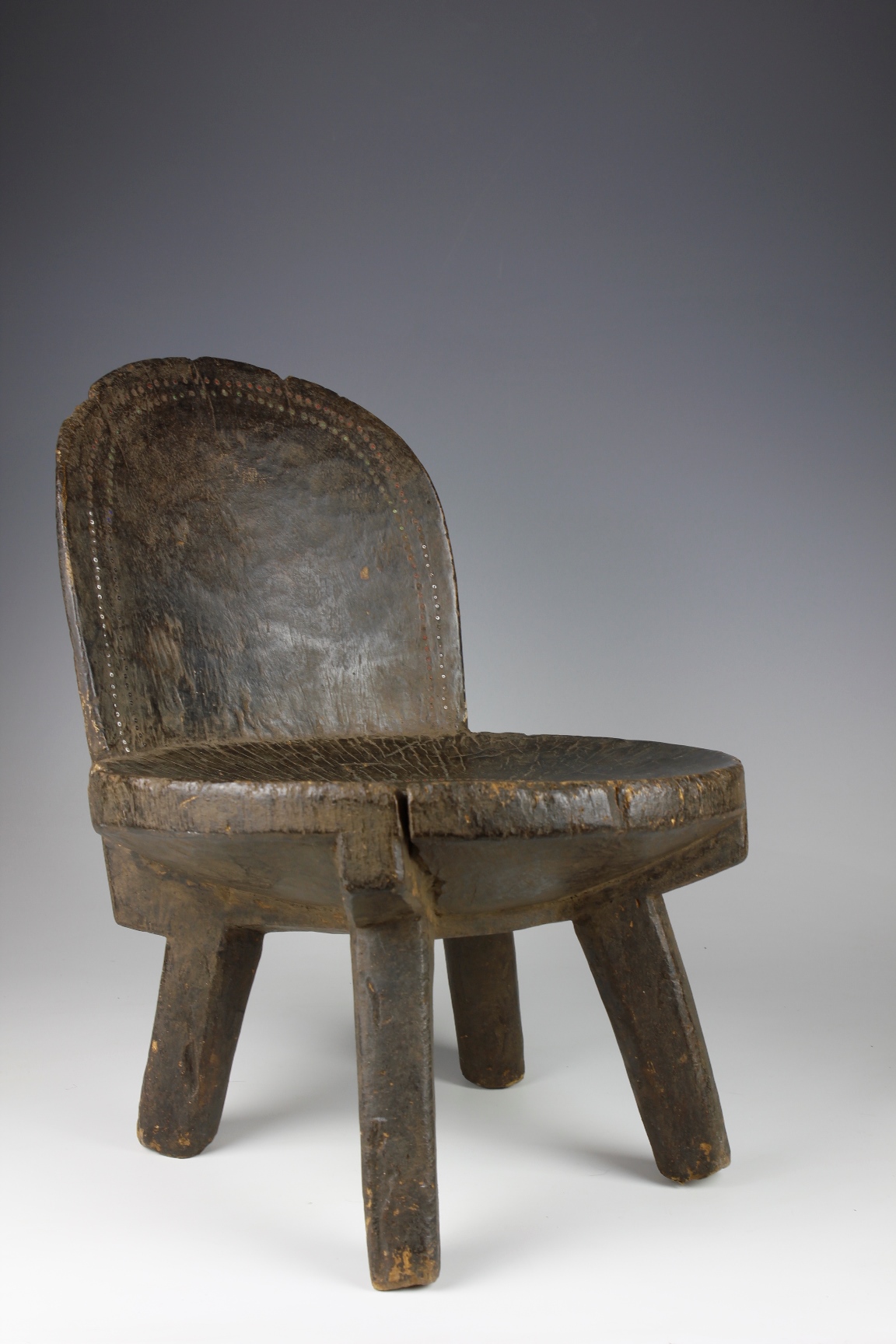 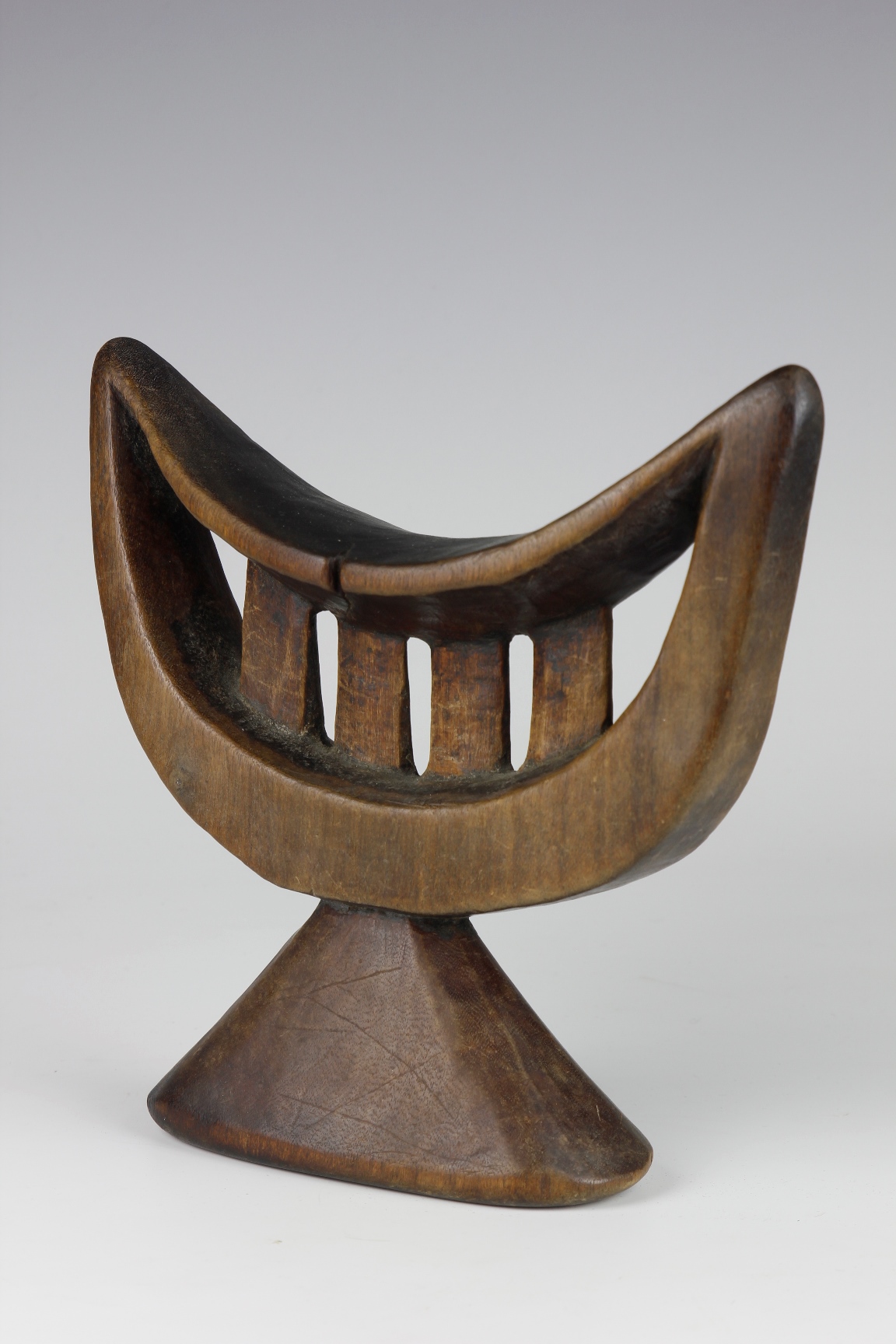 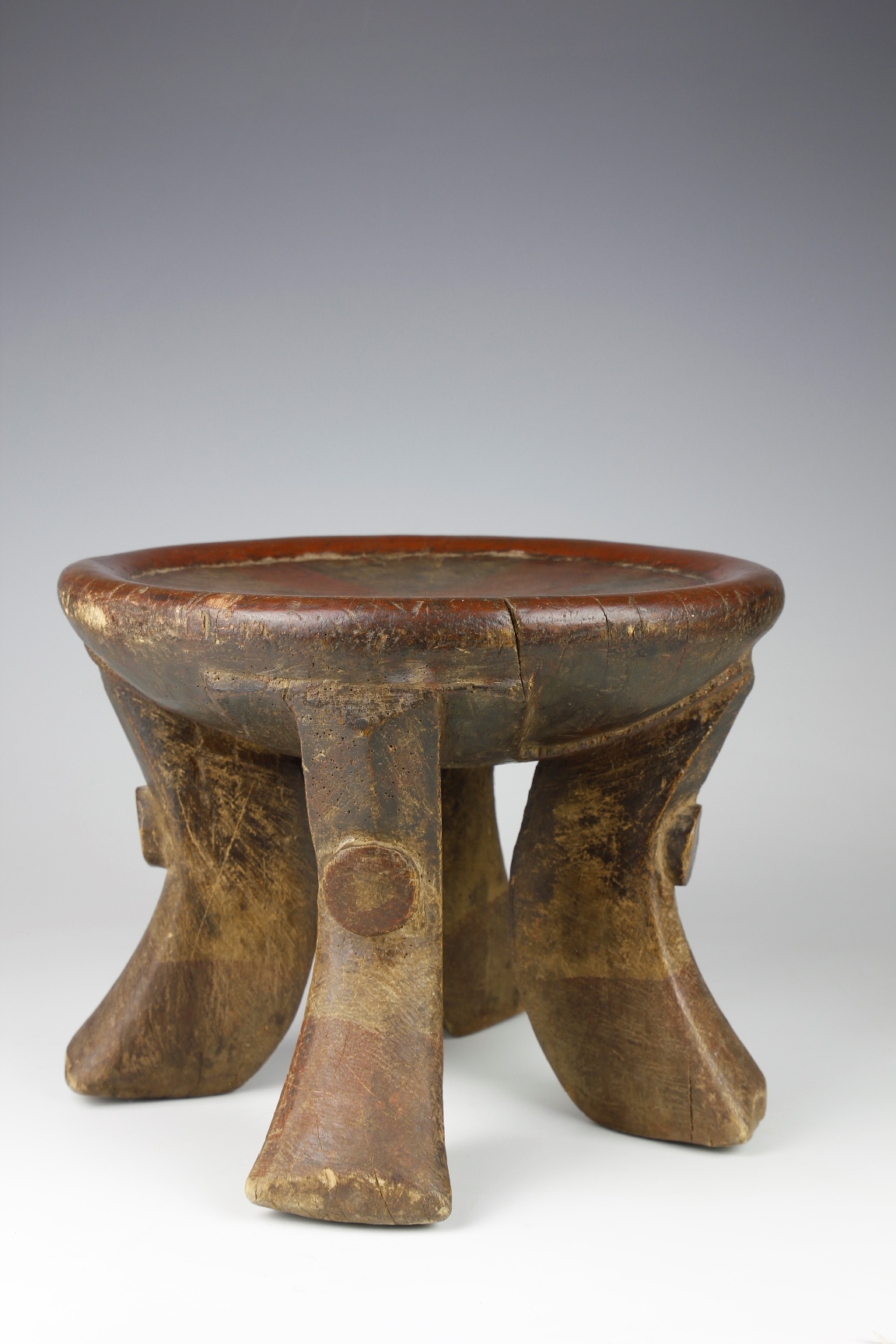 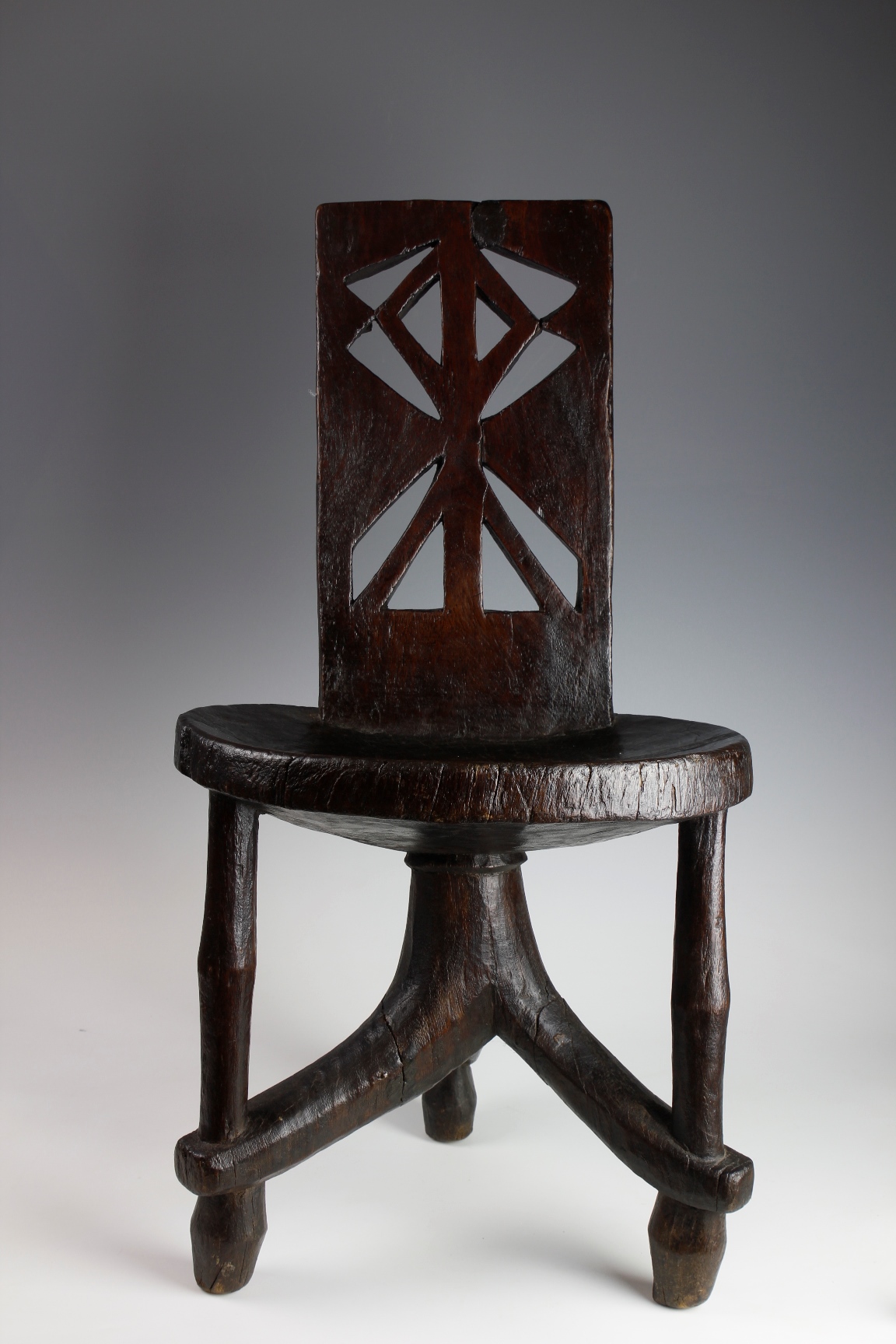 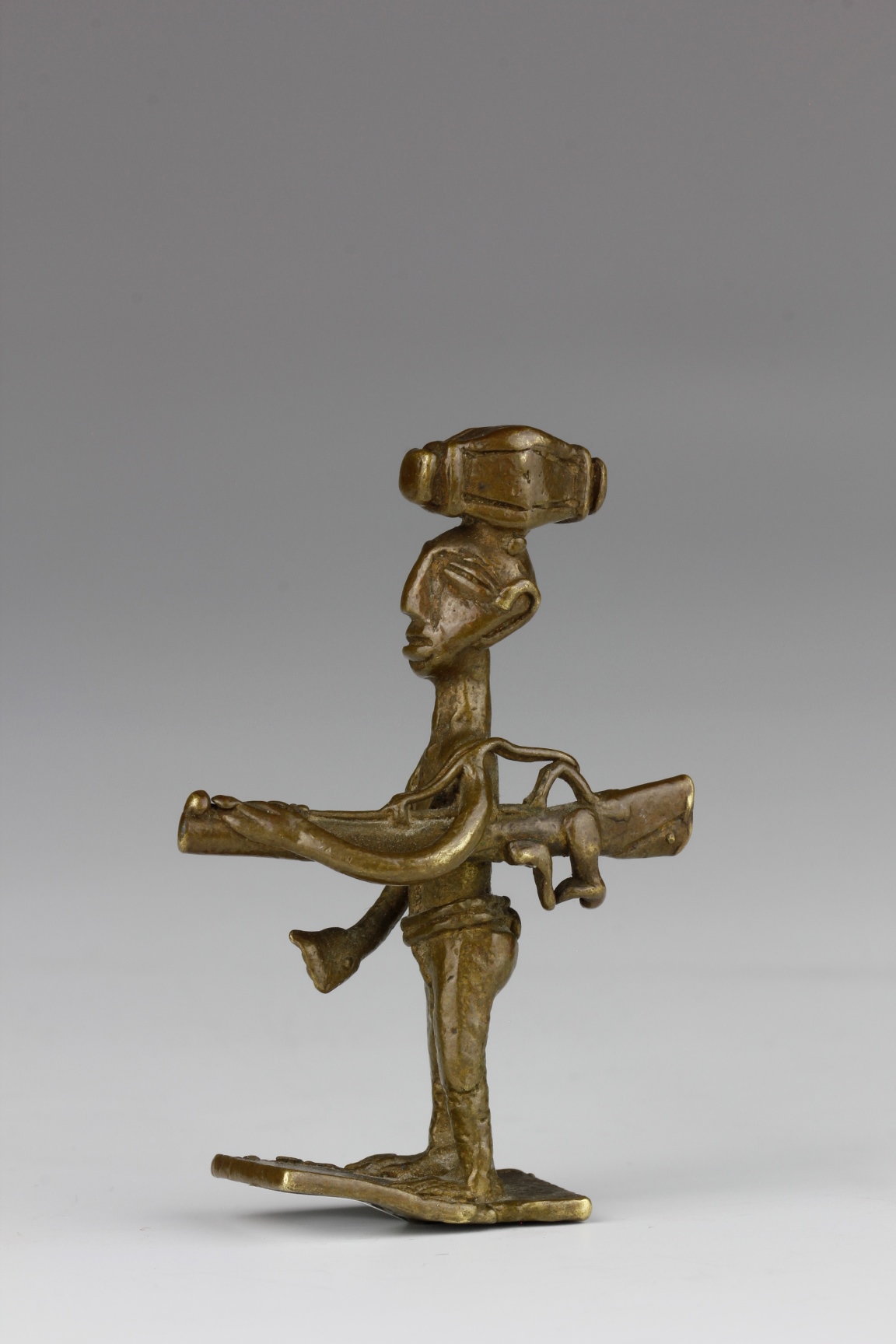