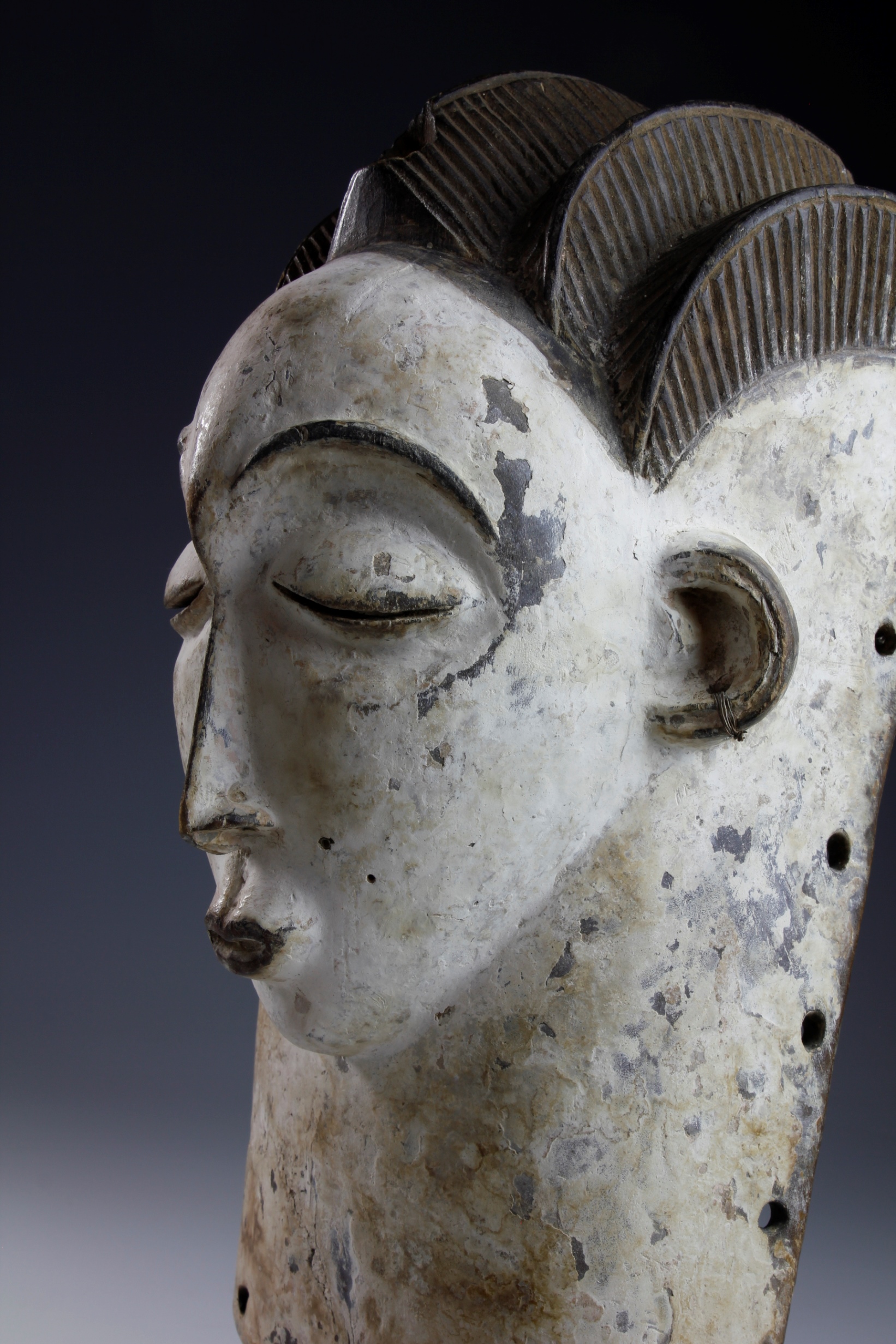 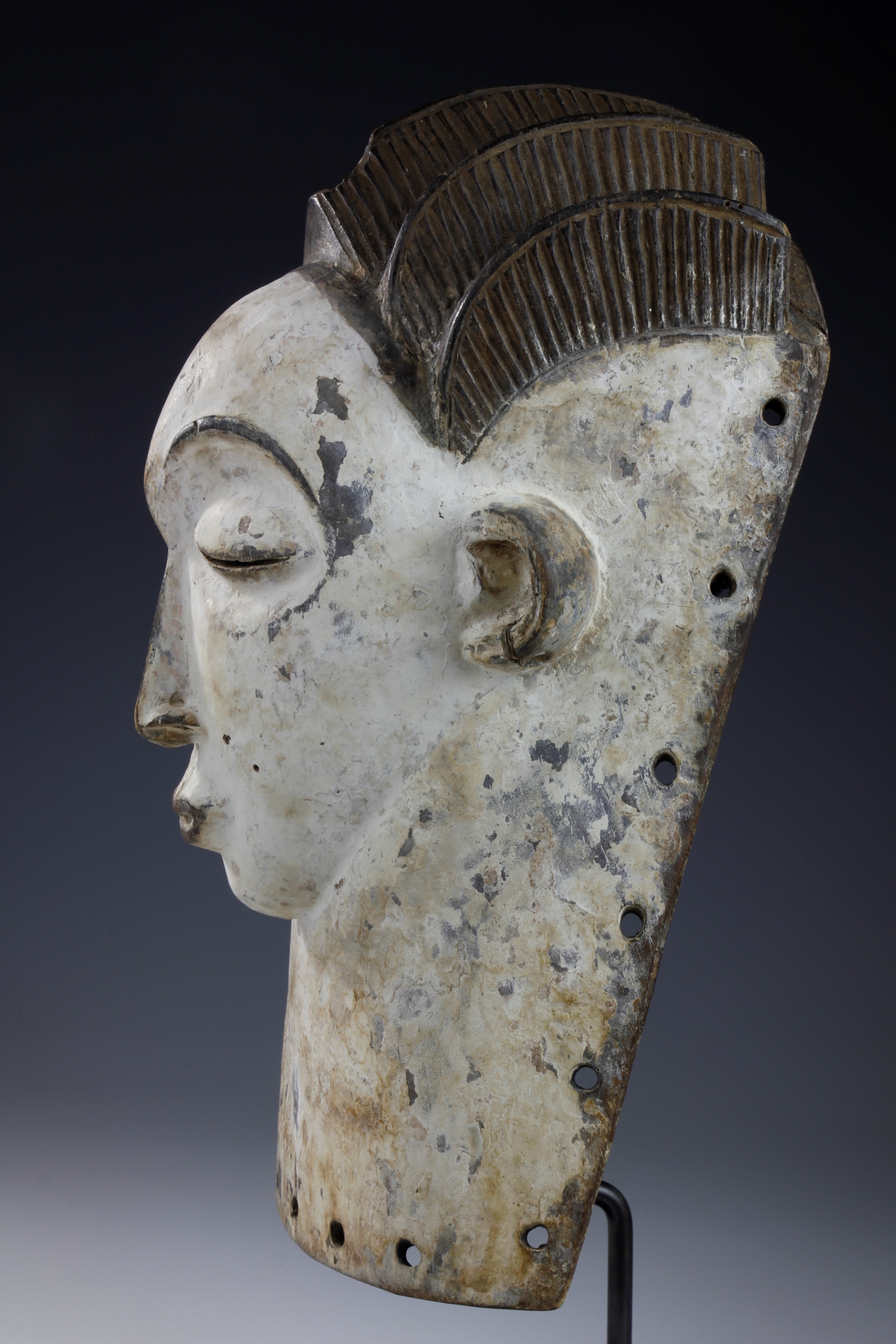 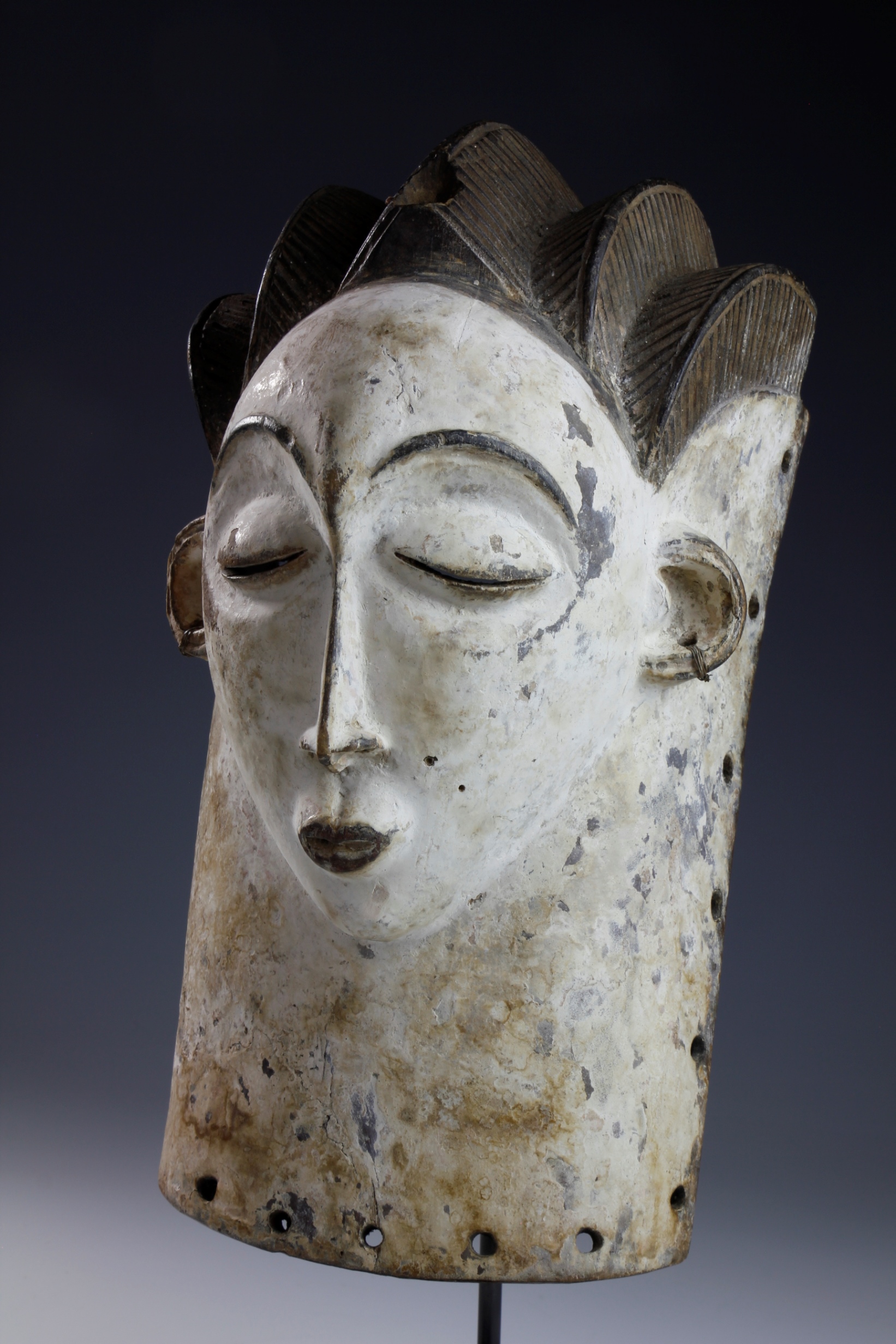 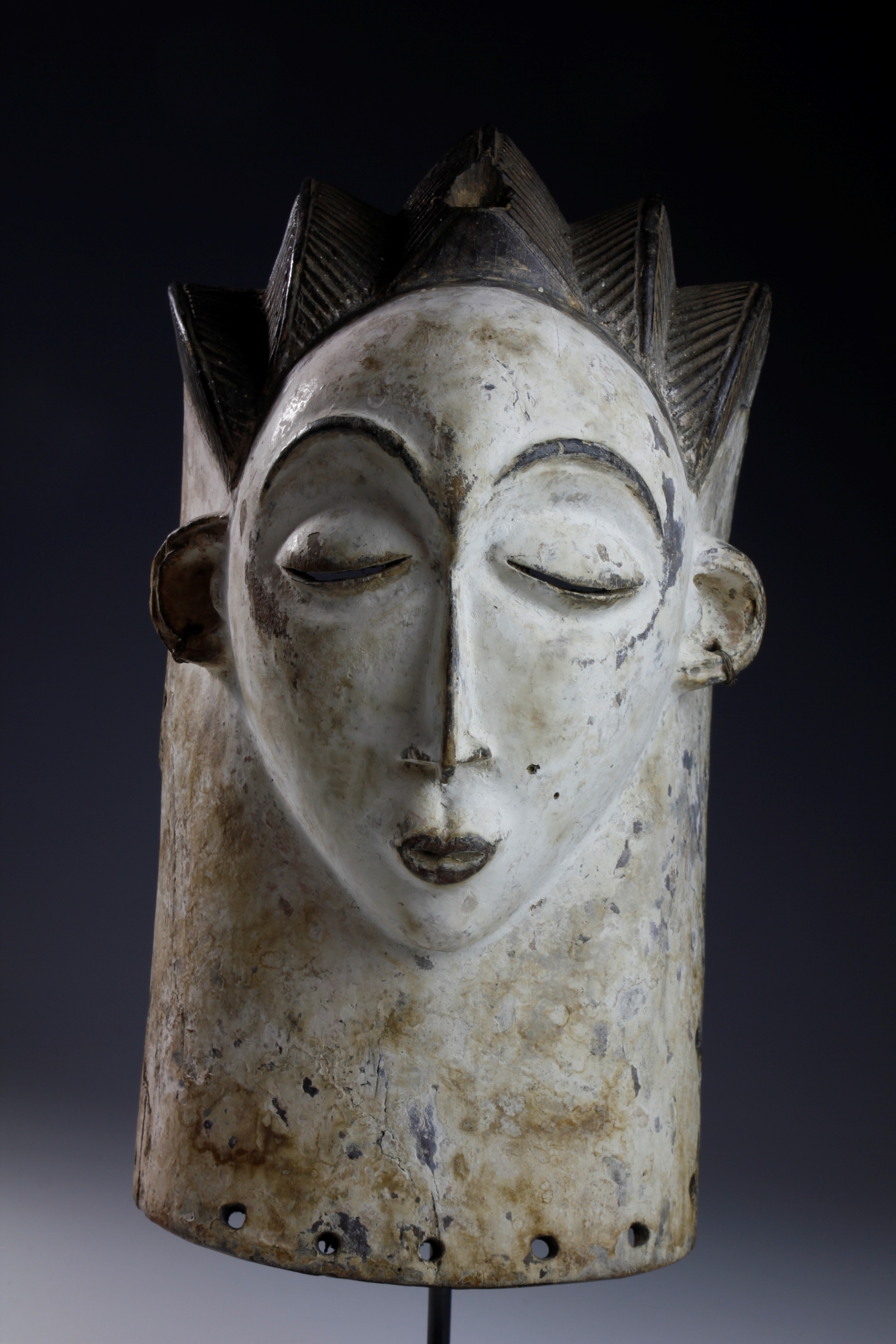 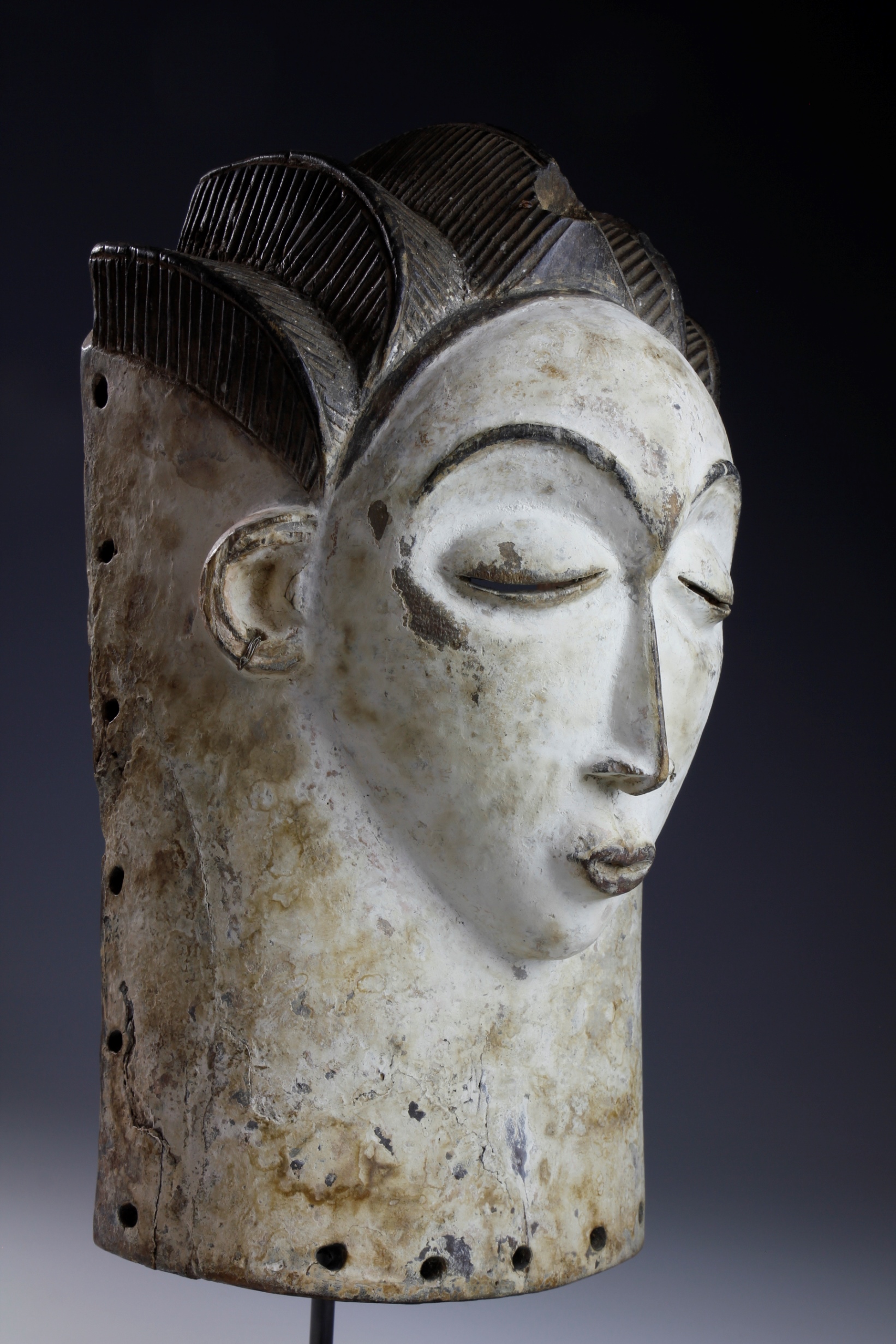 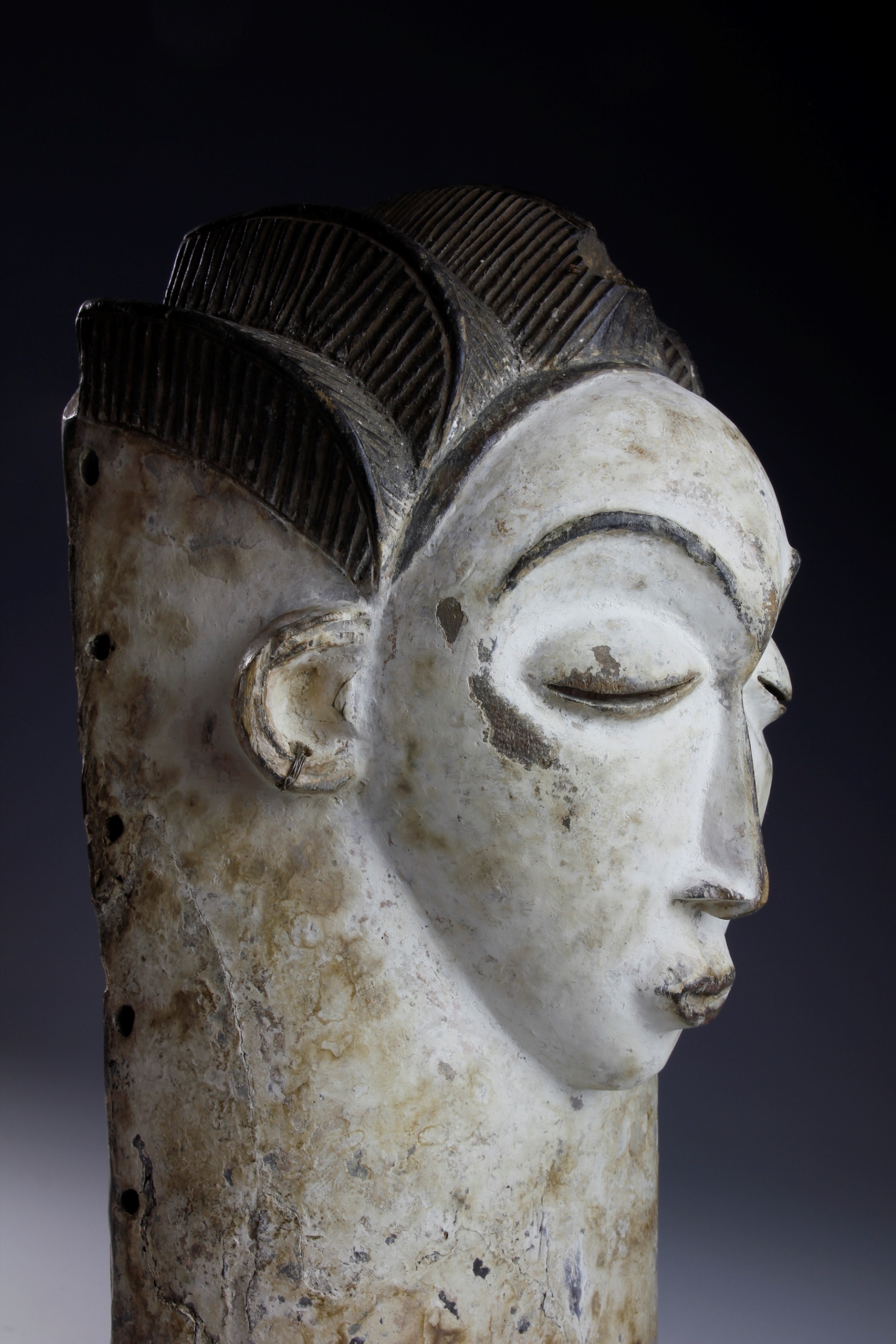 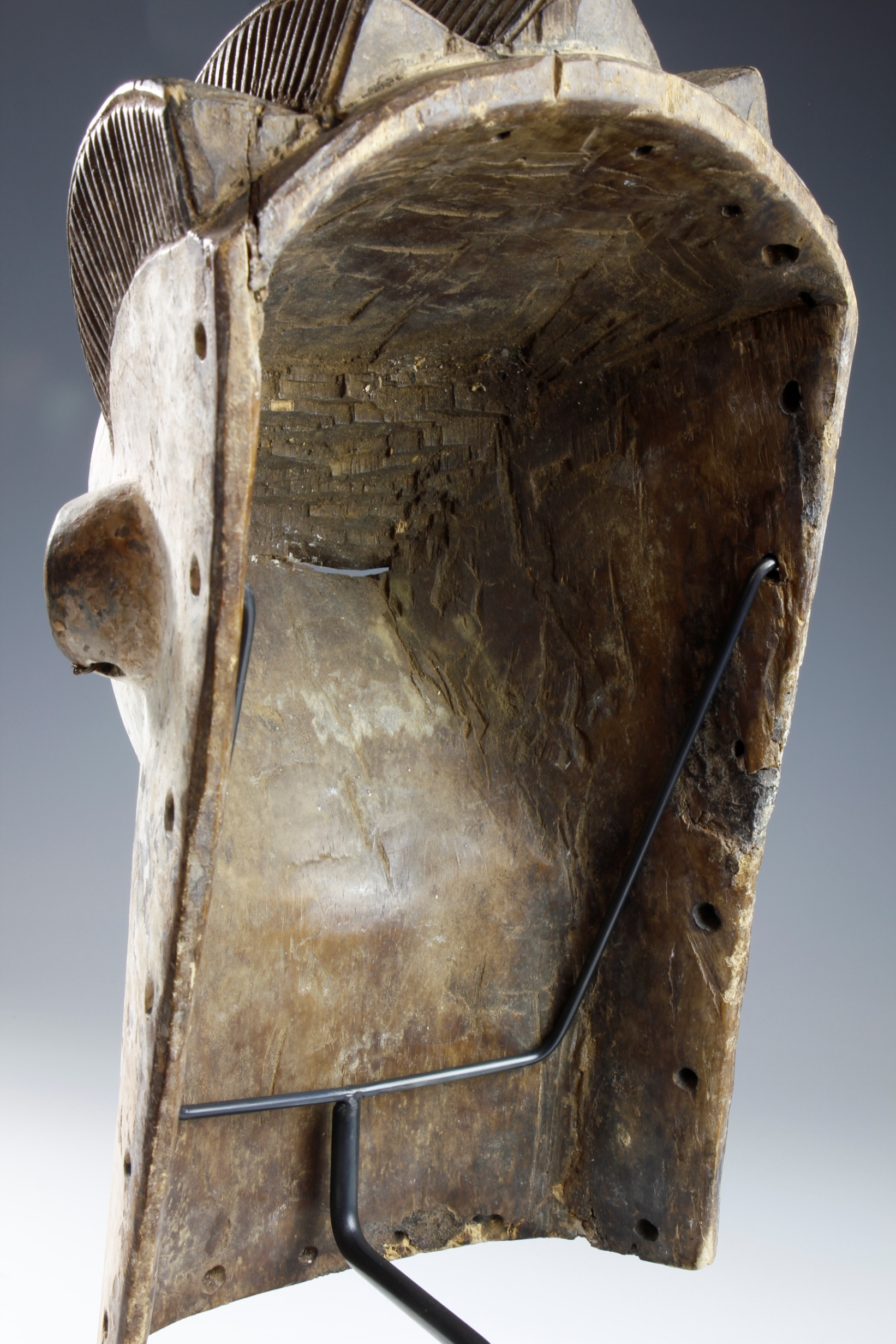 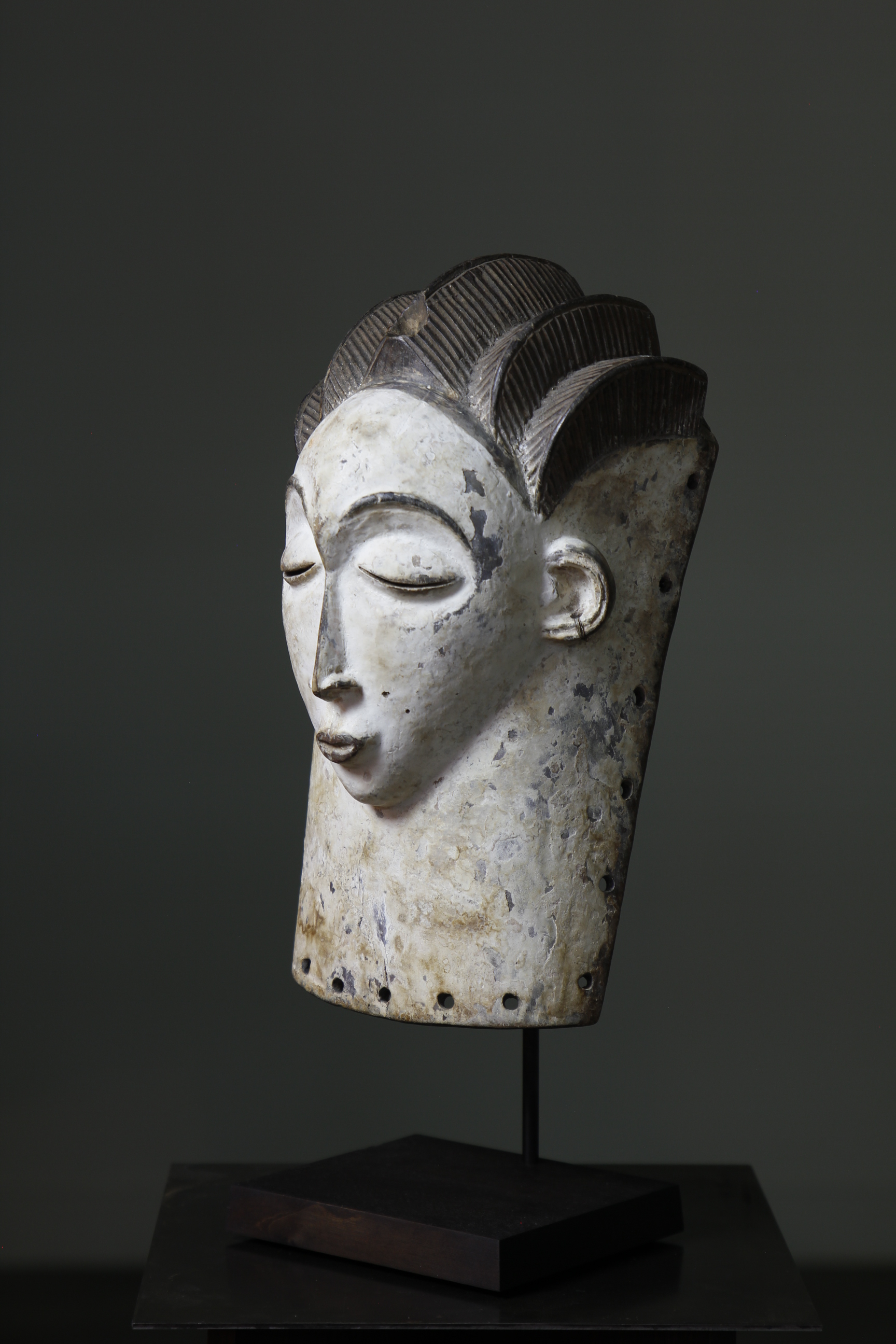 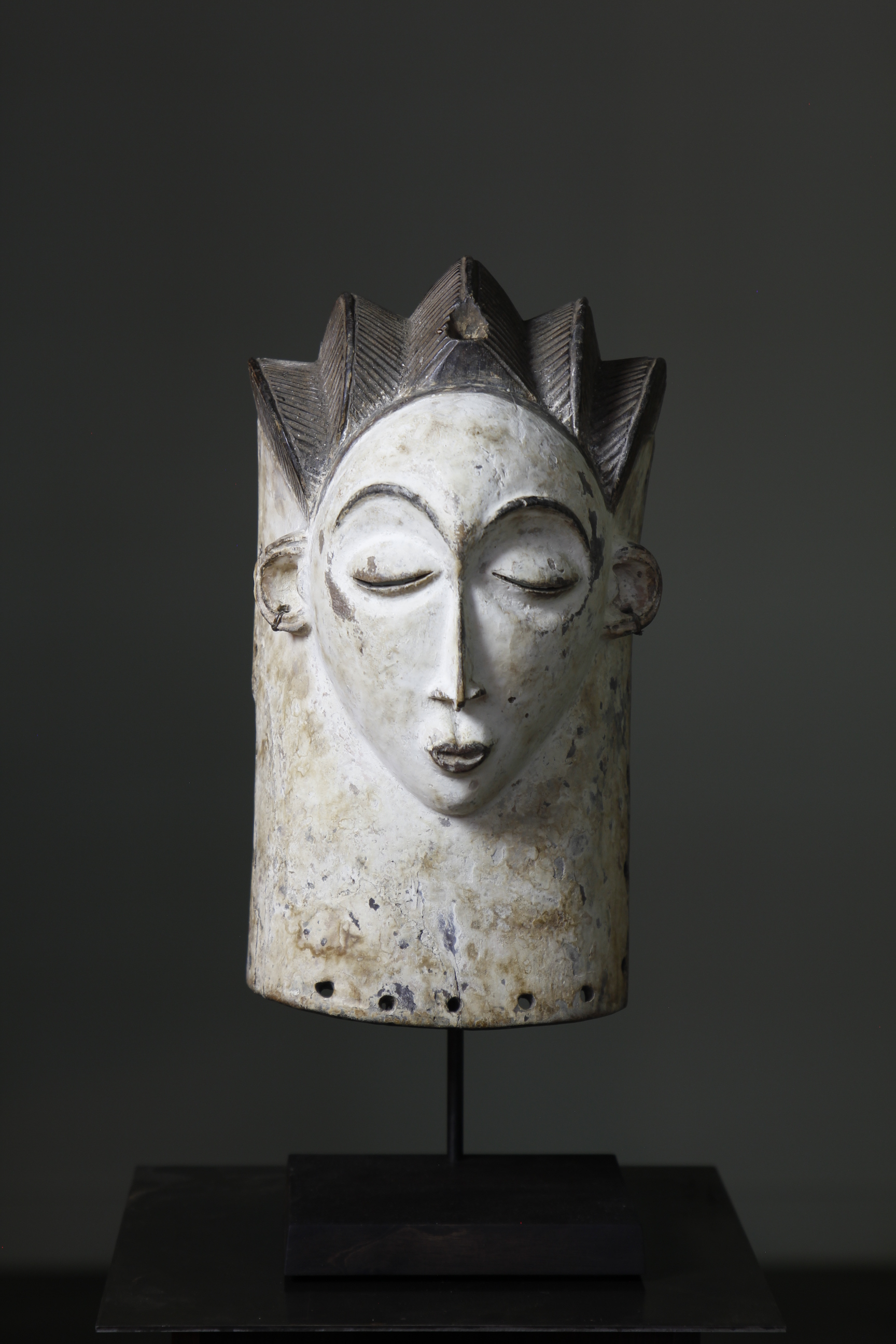 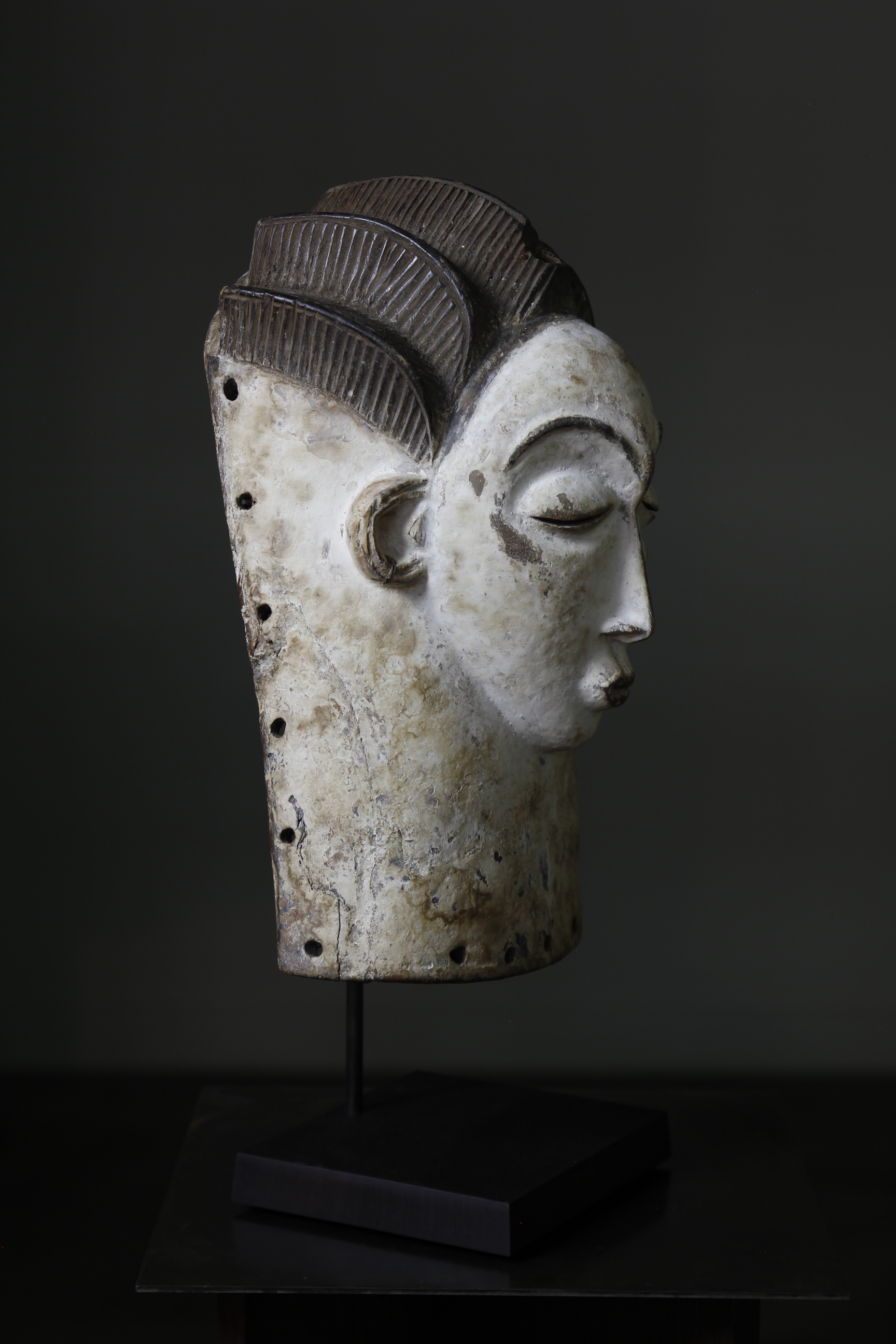 Among the Luba, the type of mask known as 'La Belle Madeleine' represents, in a variety of styles and sizes, the face of a European woman. This mask, with its whitened surface, serene facial expression and darkened ornamental carved coiffure depicts 'Madeleine' - a beautiful Belgian nun who, according to local folklore, was the mistress of the Luba chief Noy during the first half of the twentieth-century. Such masks are also used by a Luba association called Baba na Mama, of which the central figure of devotion is the Virgin Mary. Within this context, the mask performs a danced duet combining the 'beauty and the beast' in conjunction with a series of zoomorphic masks. The human/animal combination of masks can also be found among the Tabwa and other sub-groups. 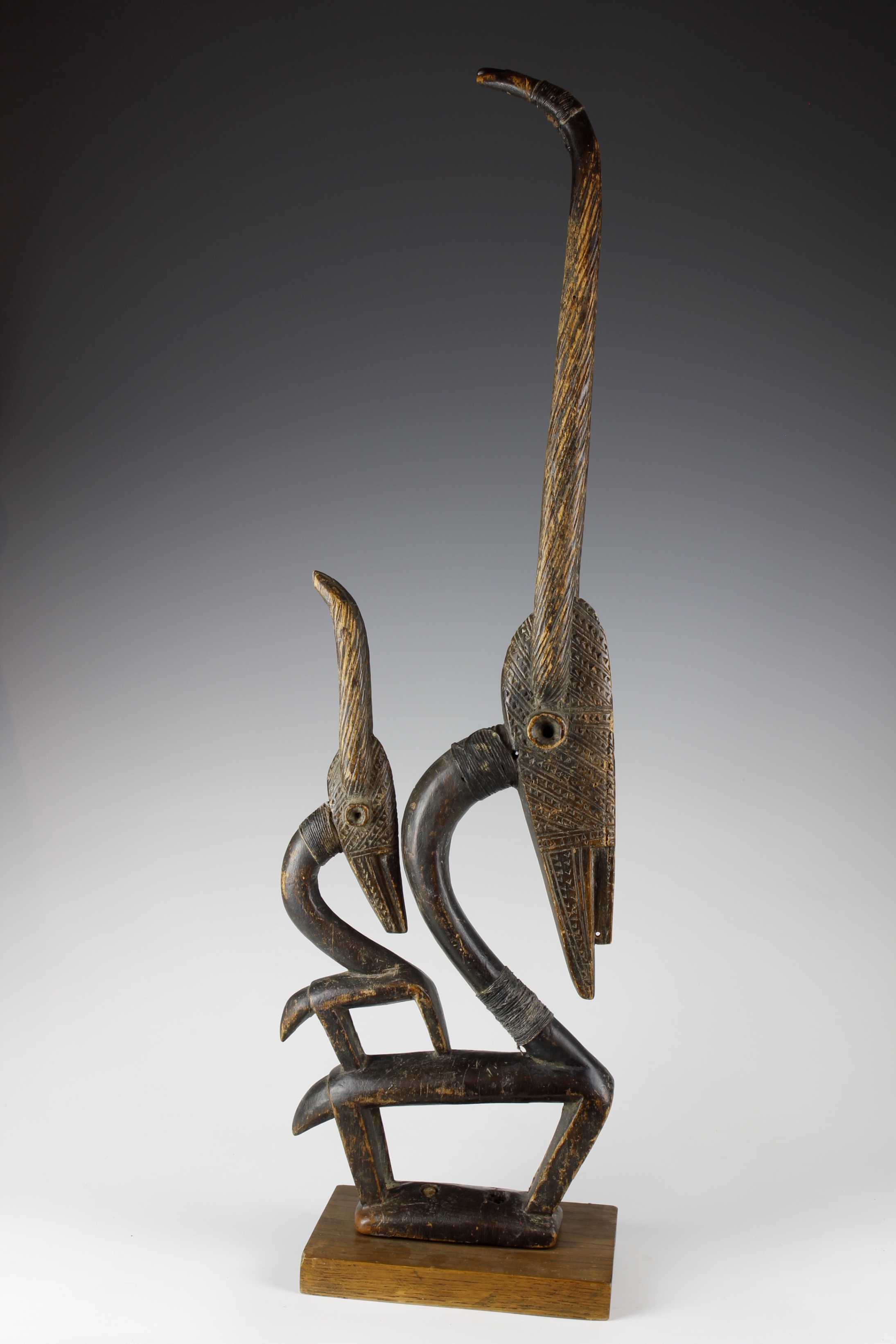 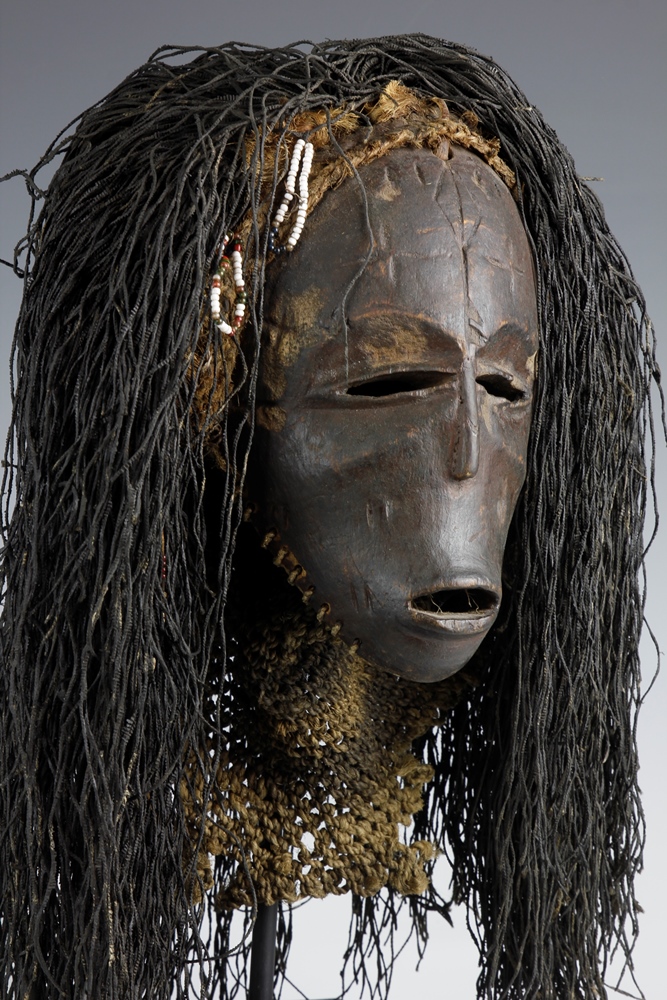 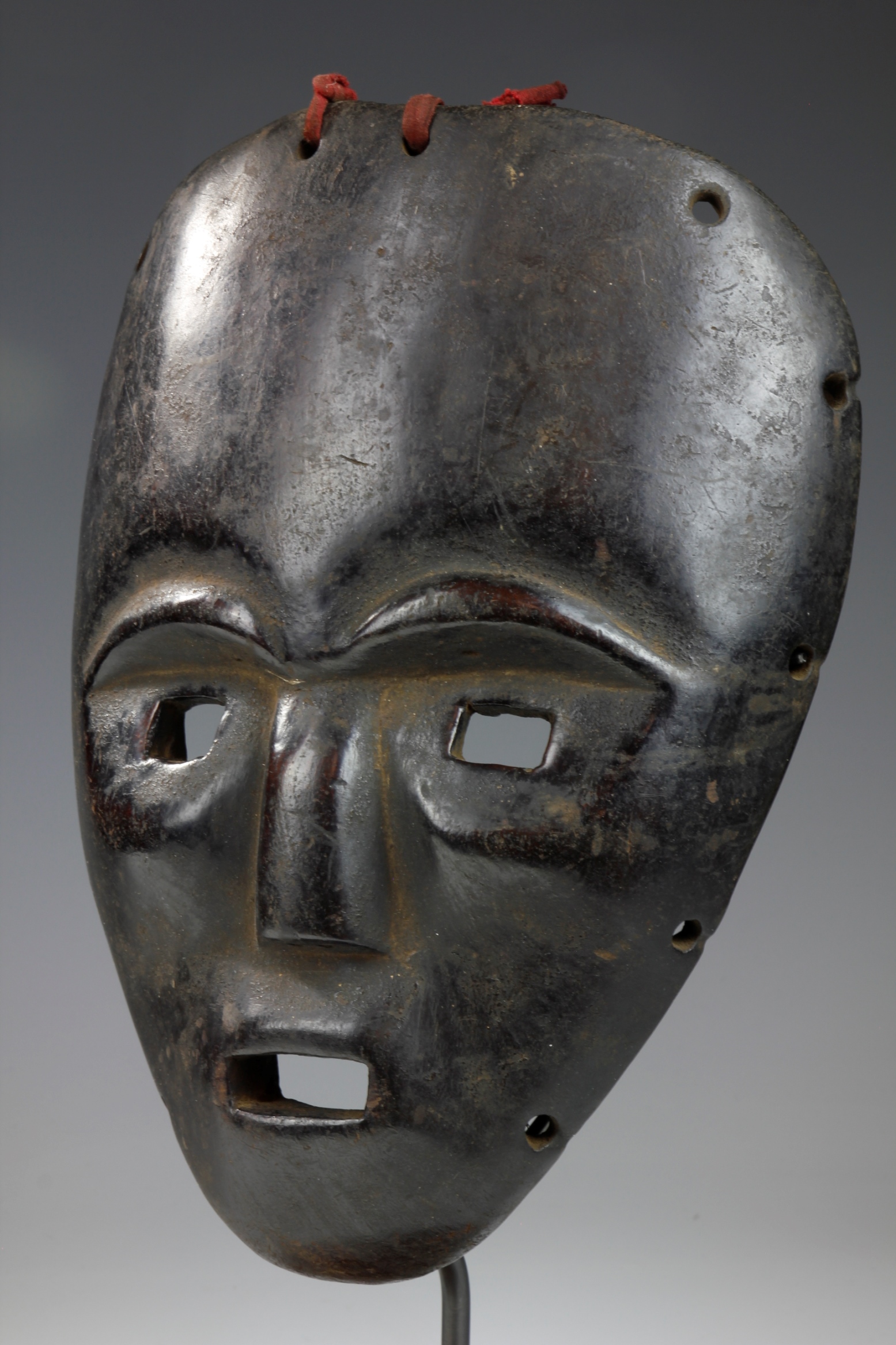