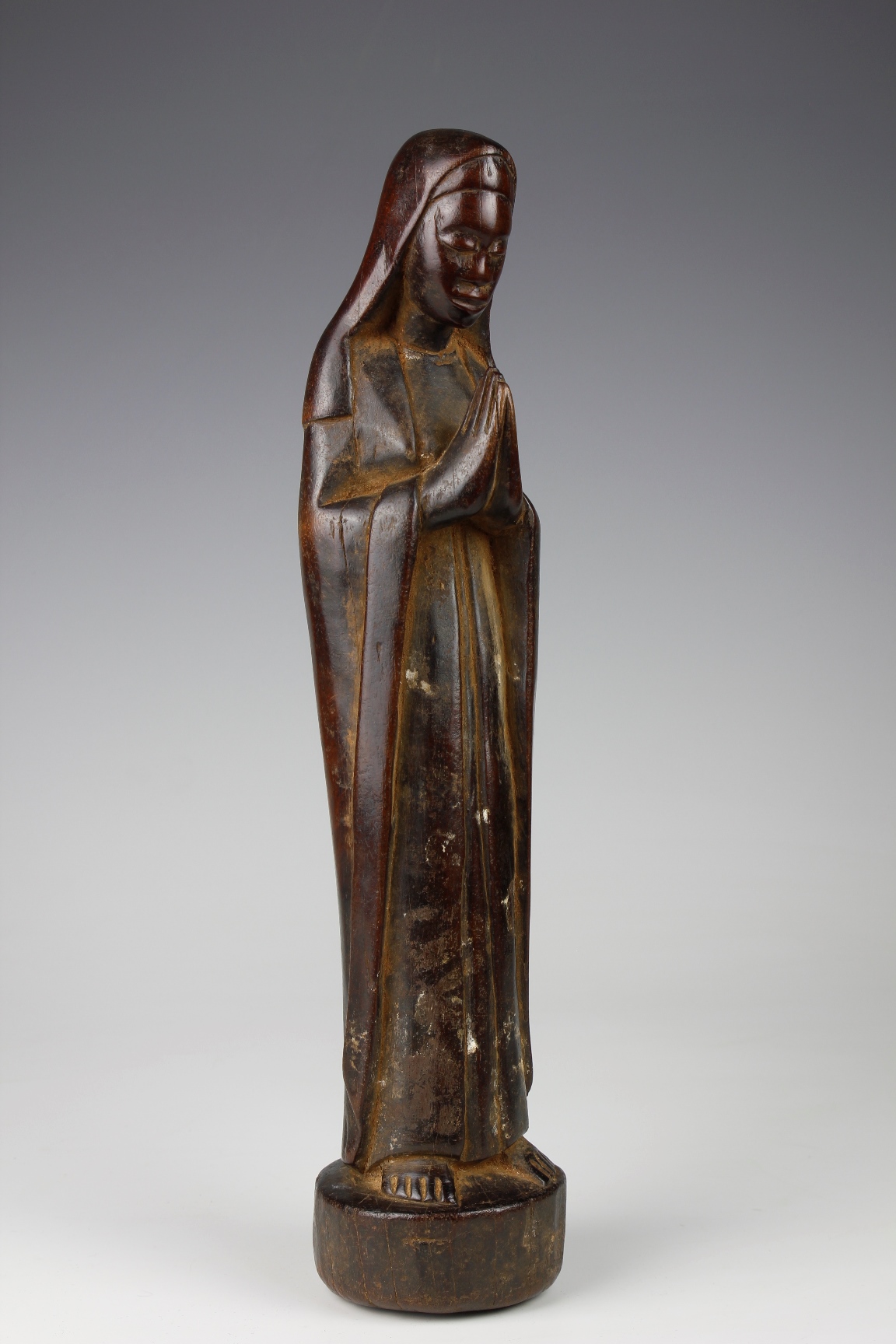 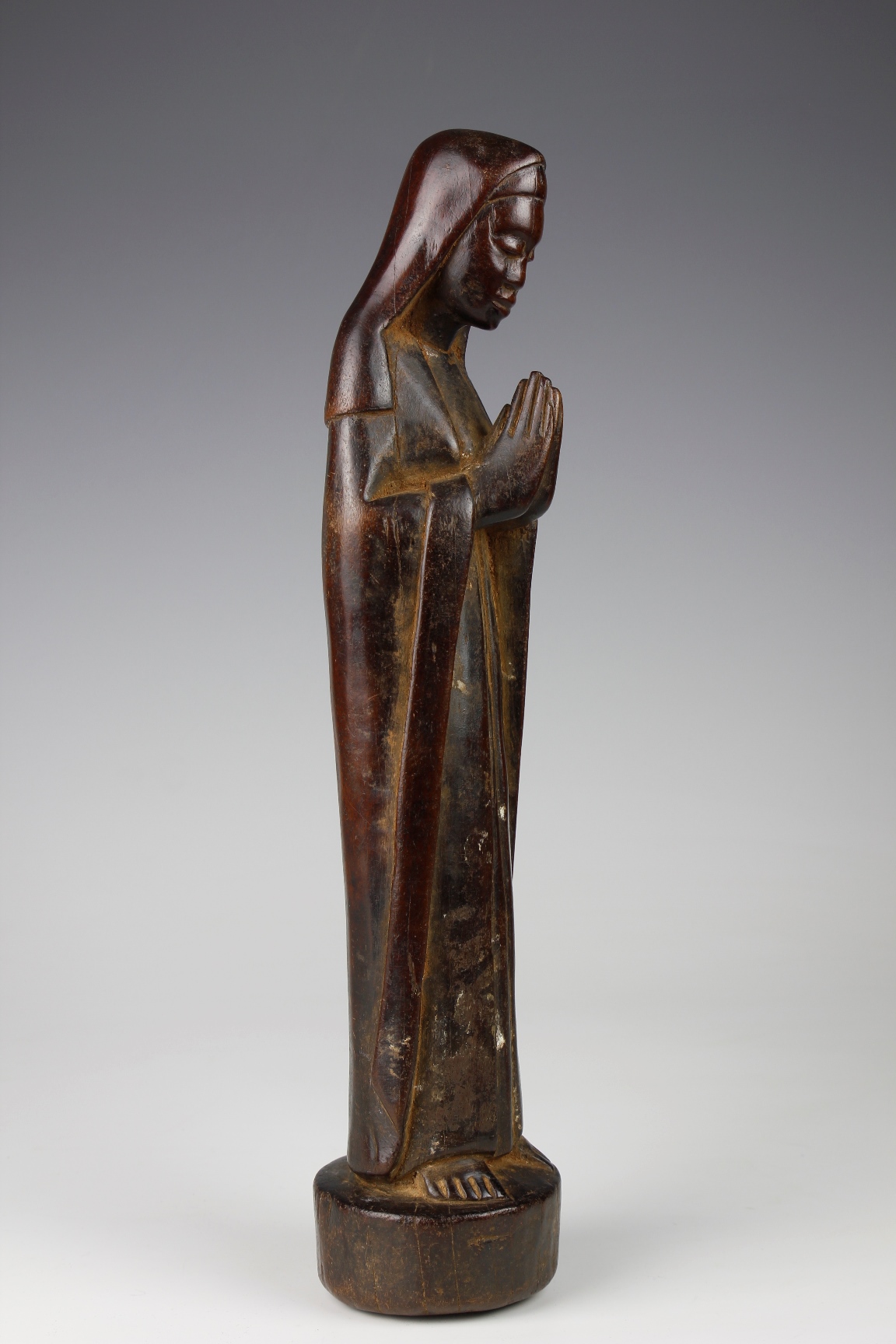 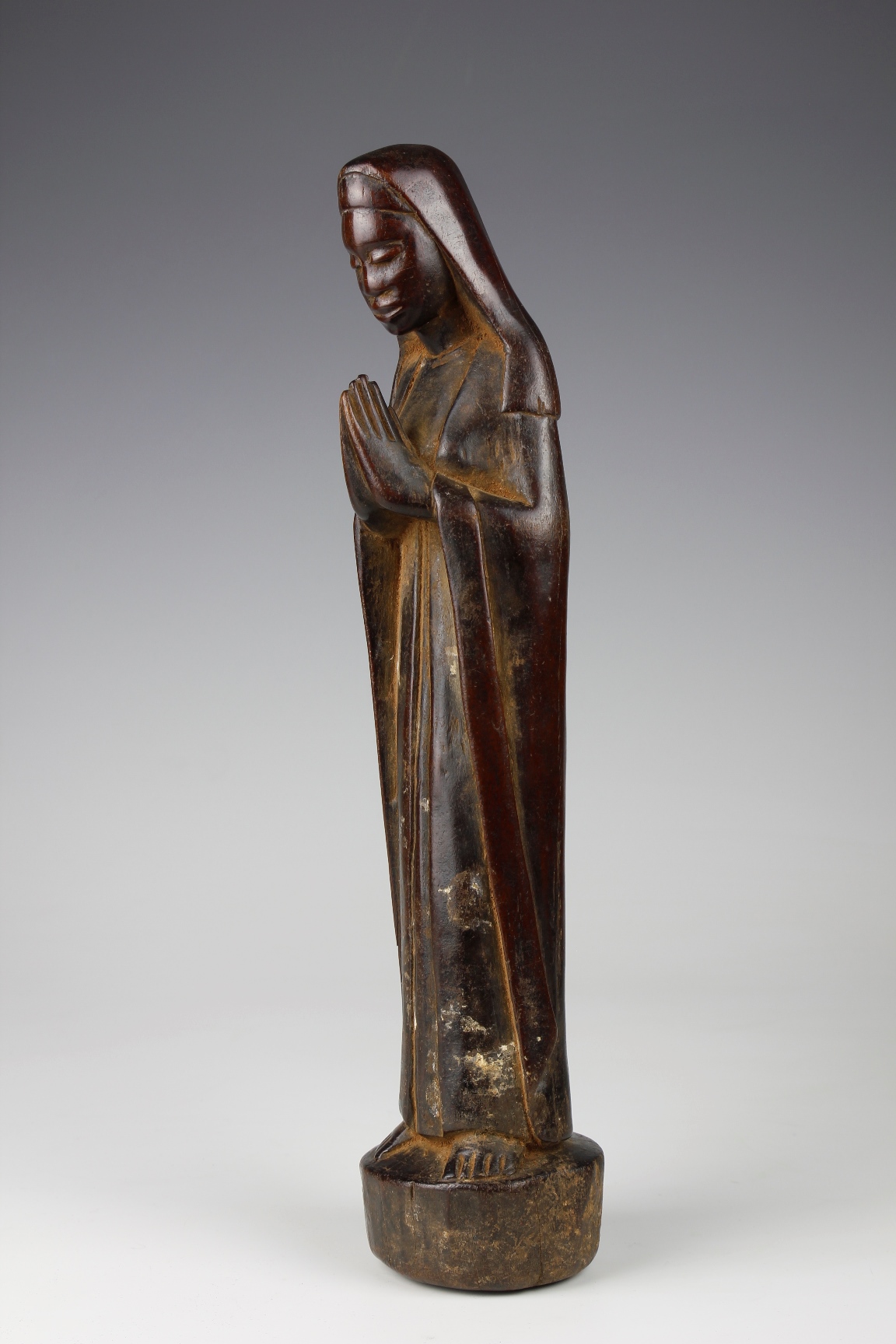 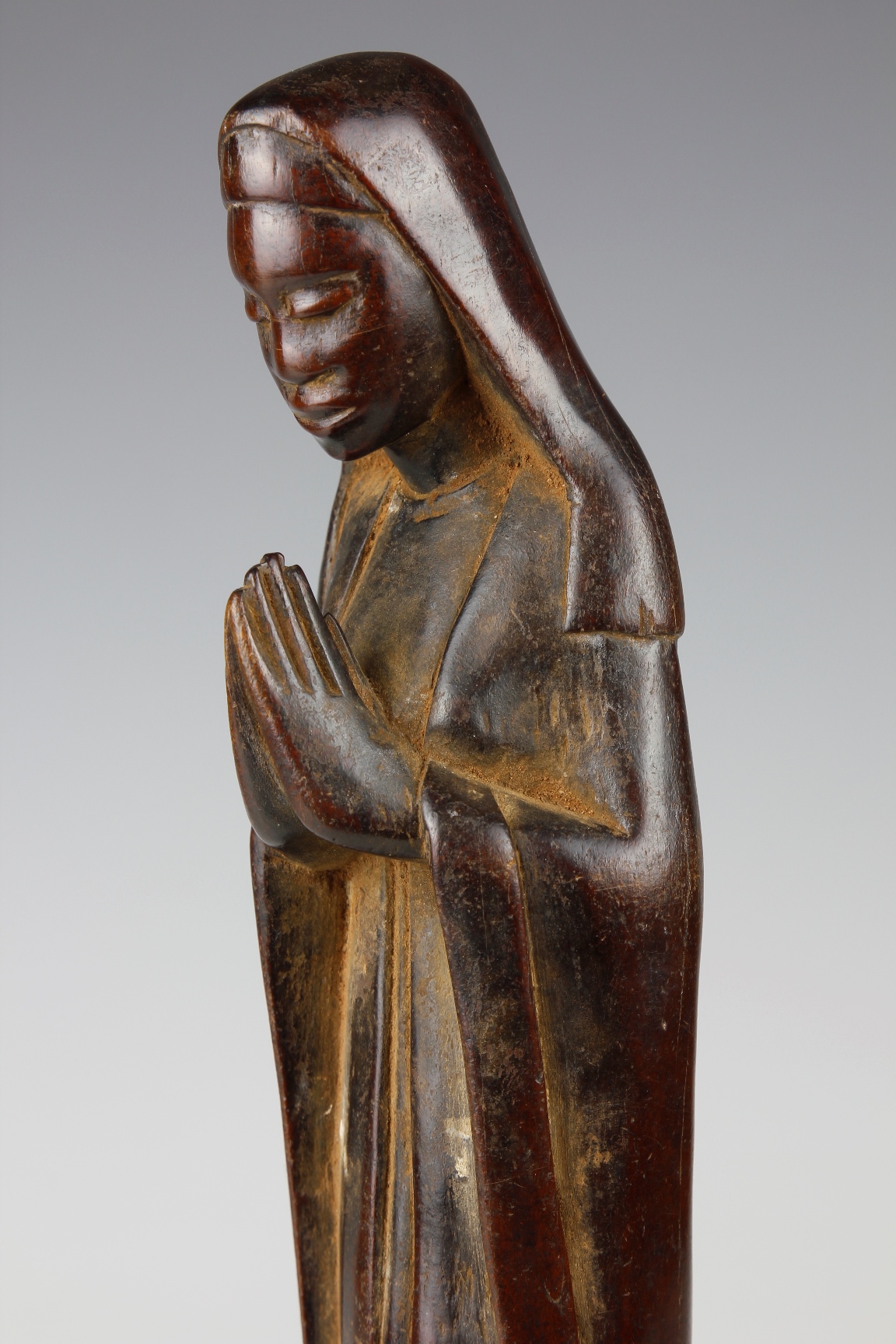 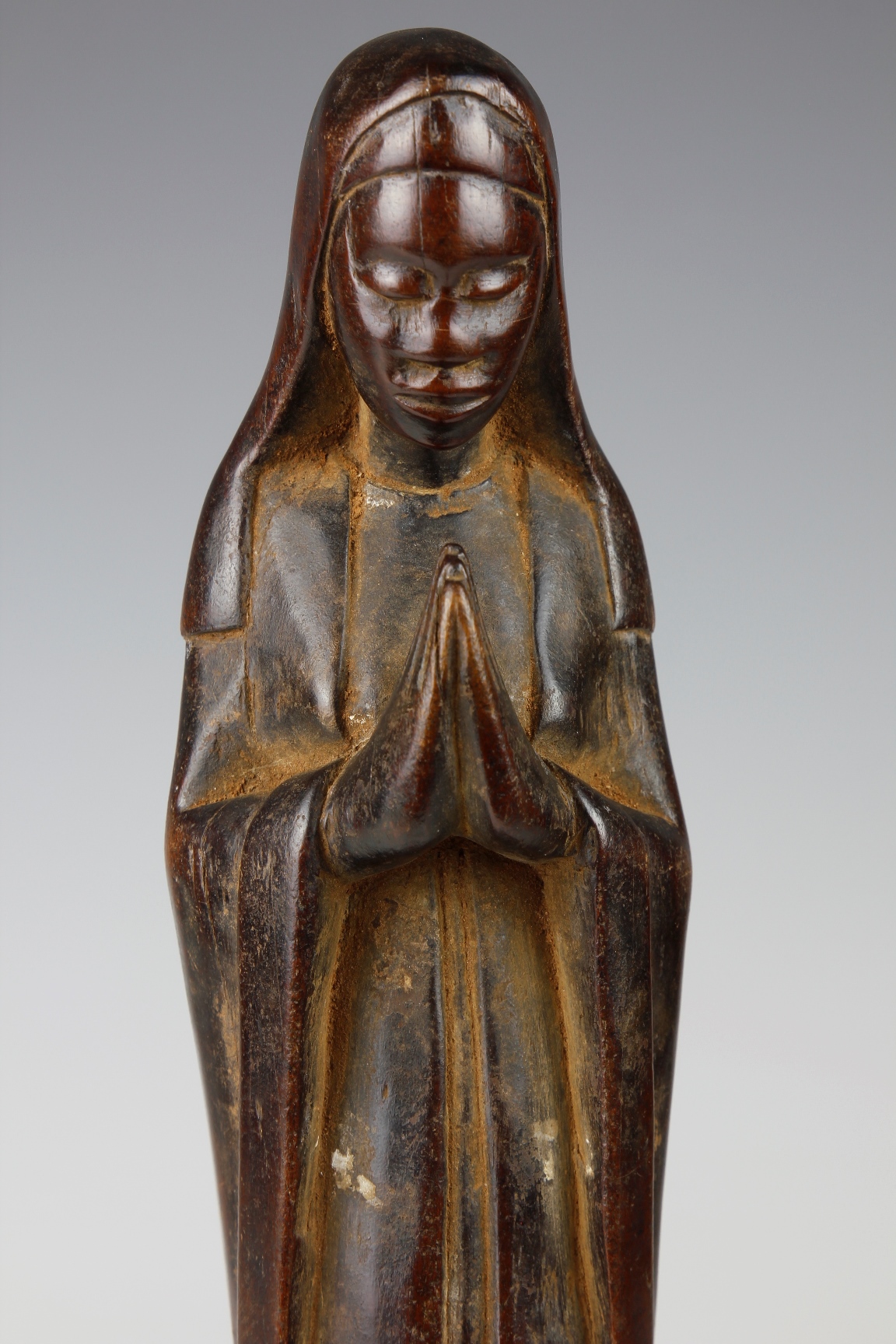 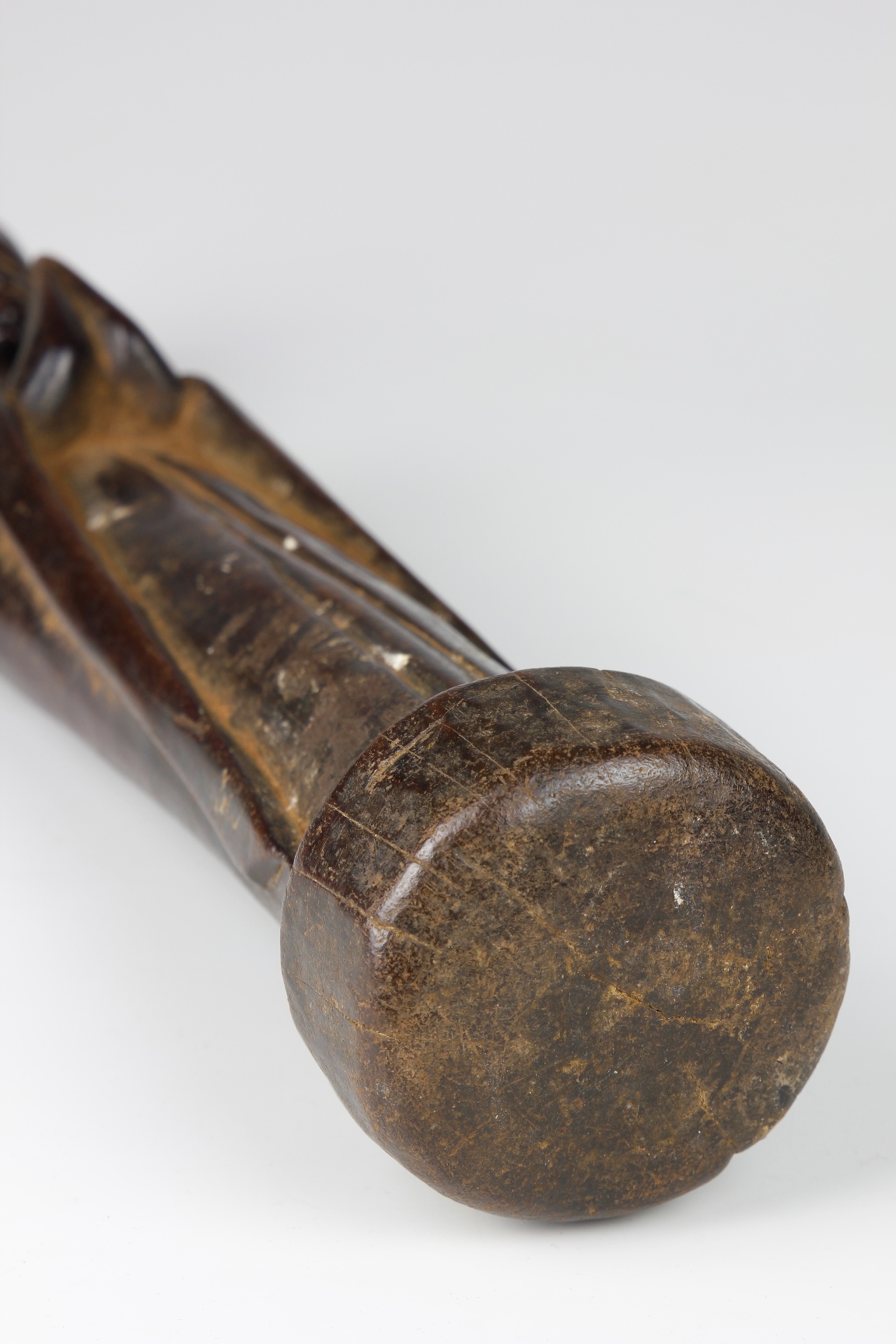 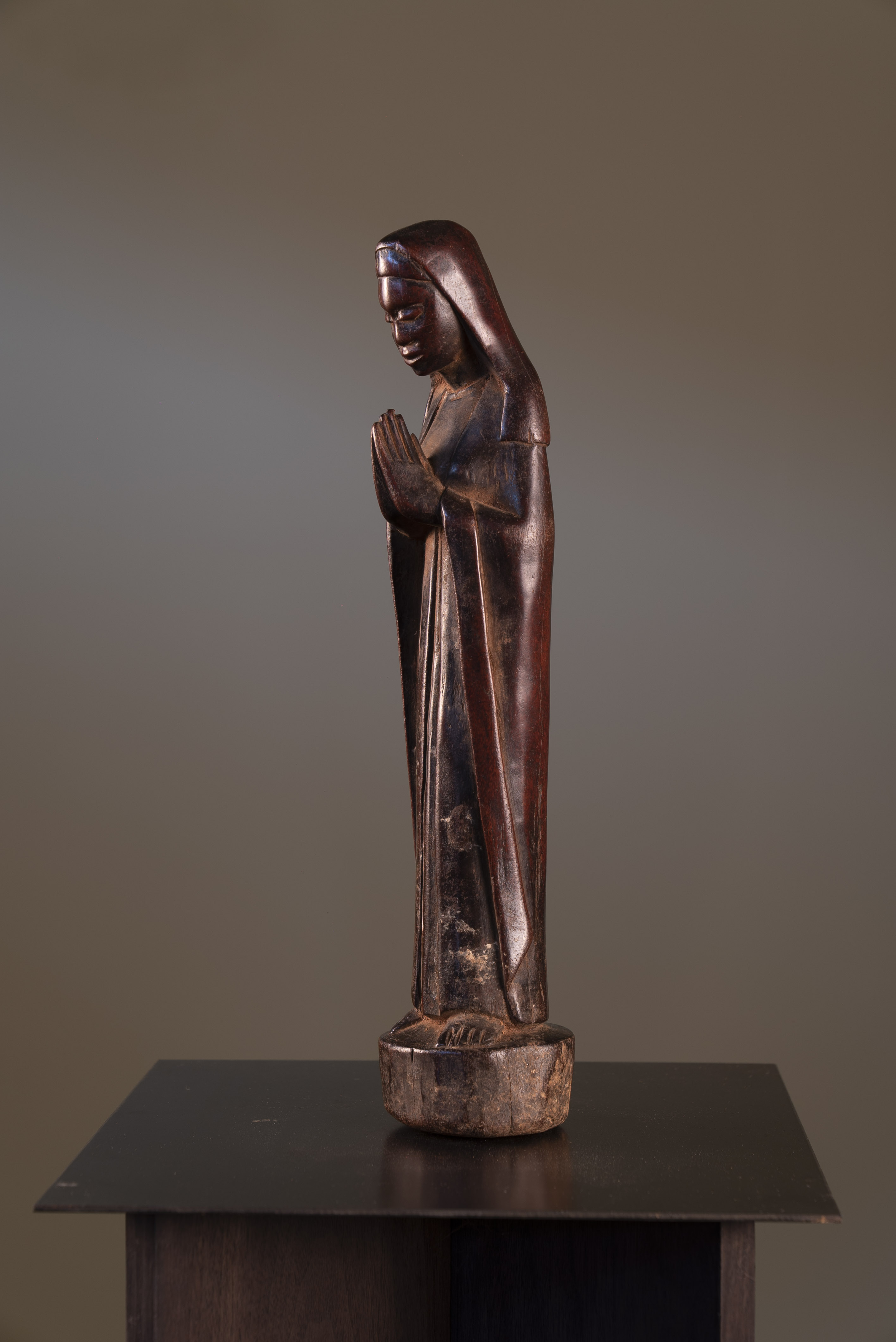 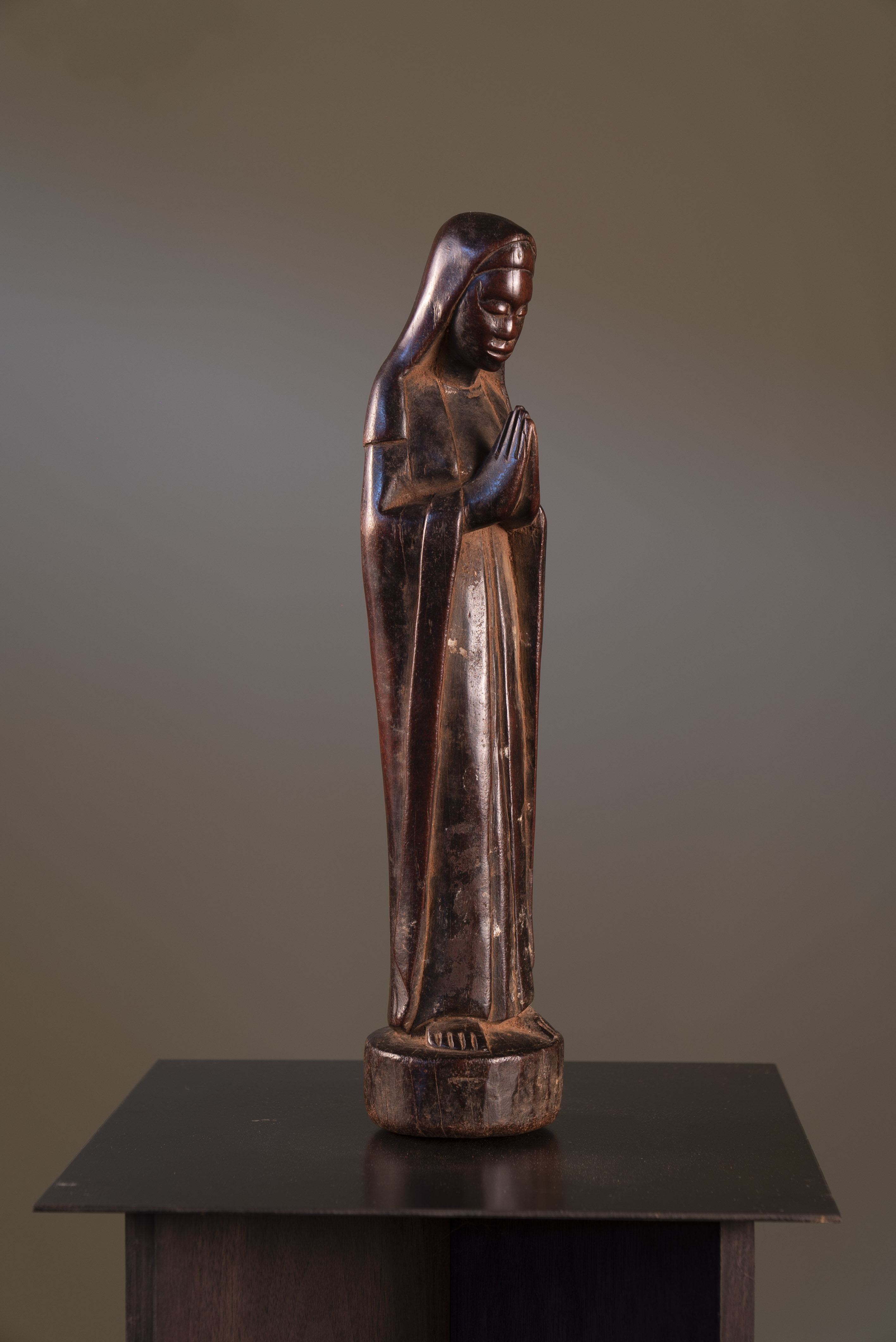 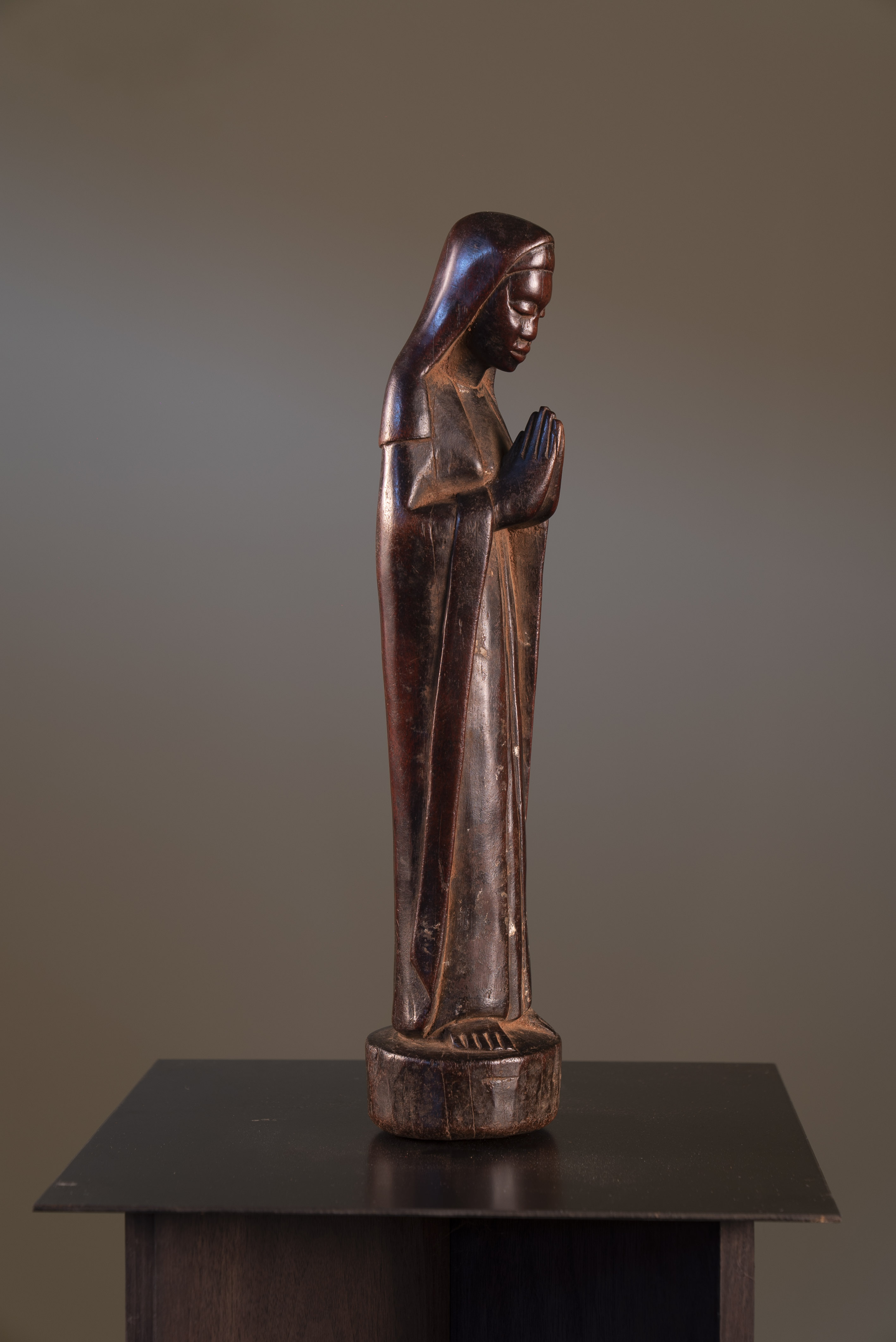 This Makonde Madonna figure, from the Mtwara region of Tanzania close to the Mozambique border, bears a serene, facial expression. A particularly interesting feature of this piece is the enlarged size of the hands in proportion to the rest of the body, which draws attention towards the praying gesture of the Madonna.

The figure has been carved from a dense hard wood, which exhibits a beautiful, glossy surface patina as a result of touching and handling over time. 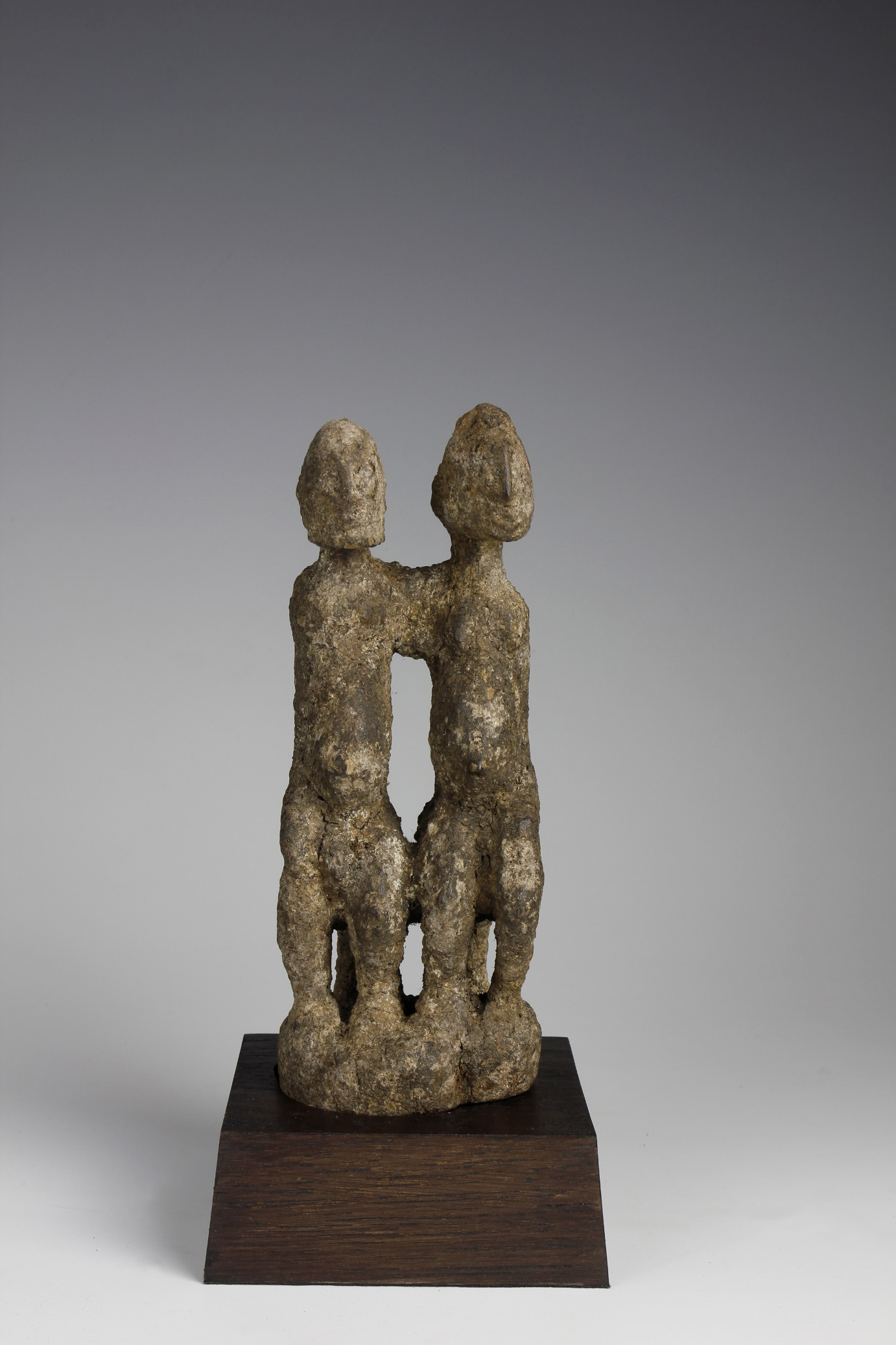 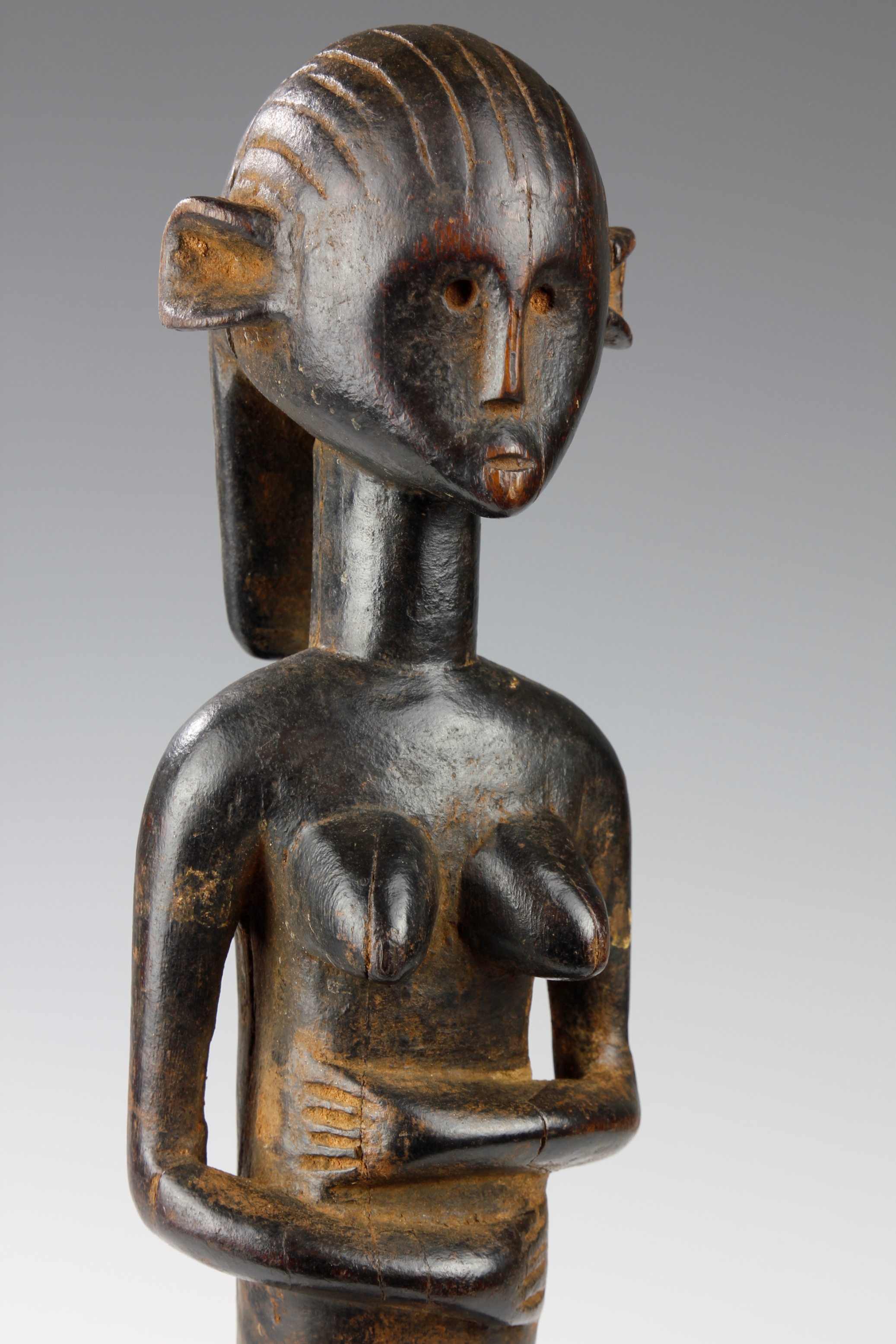