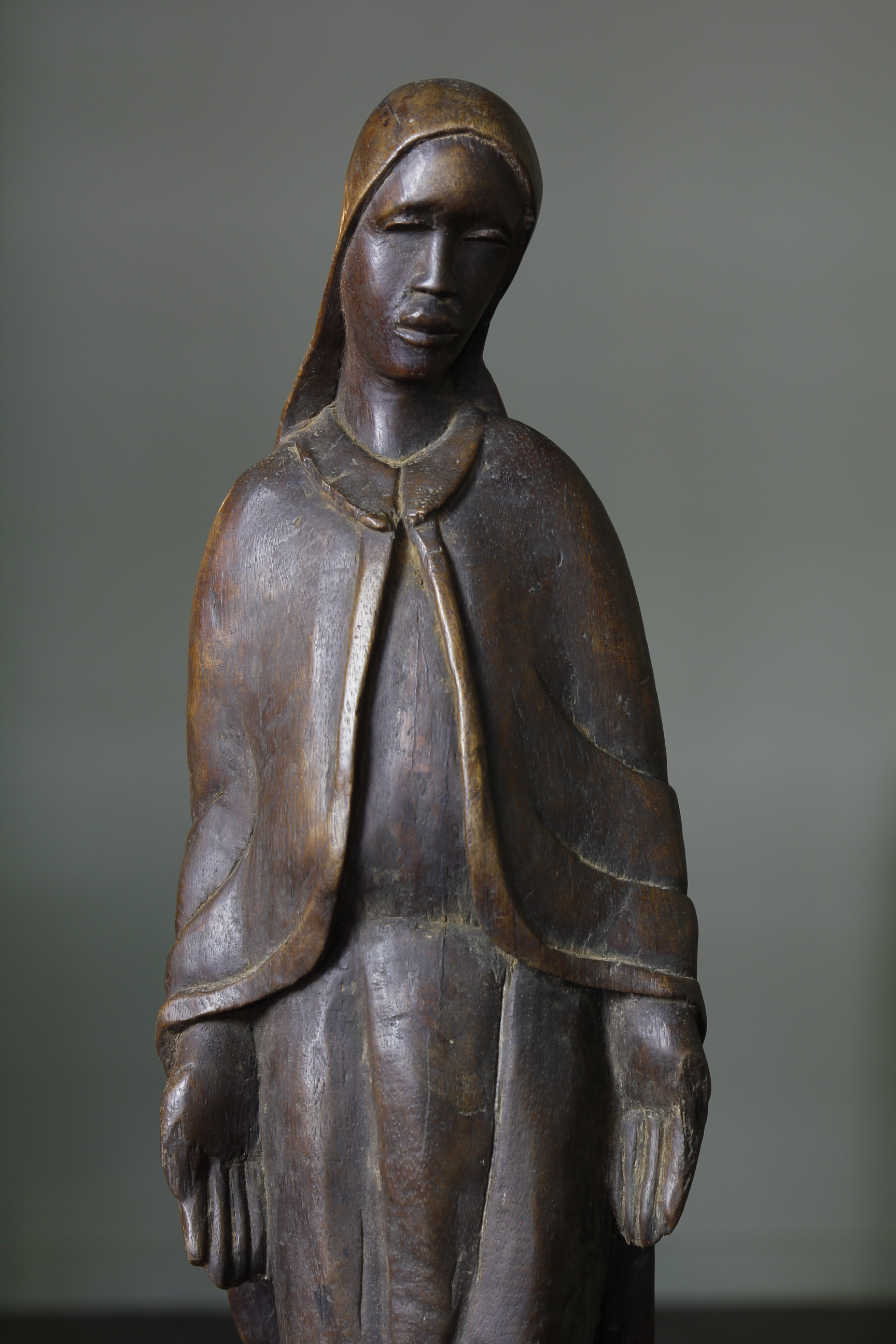 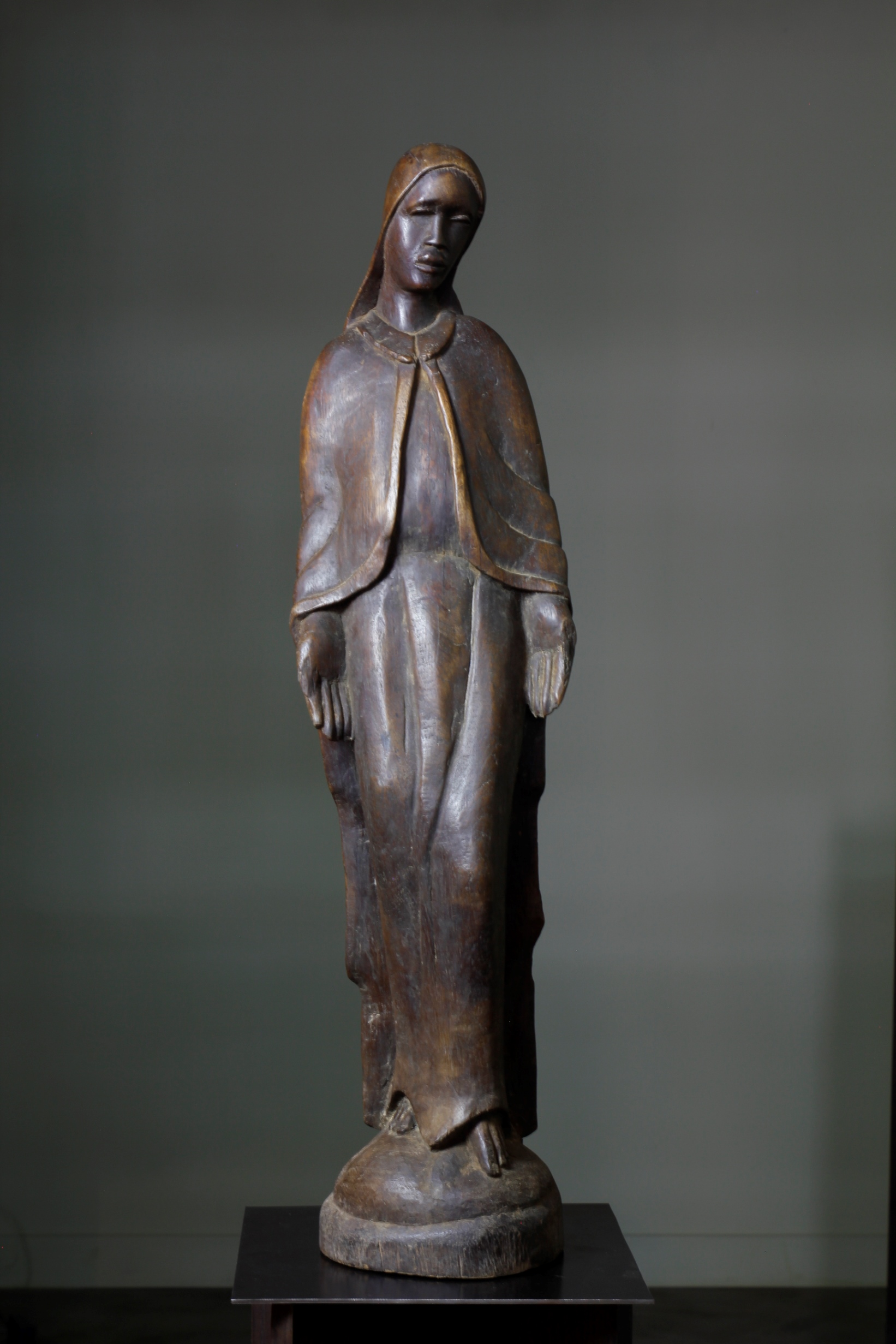 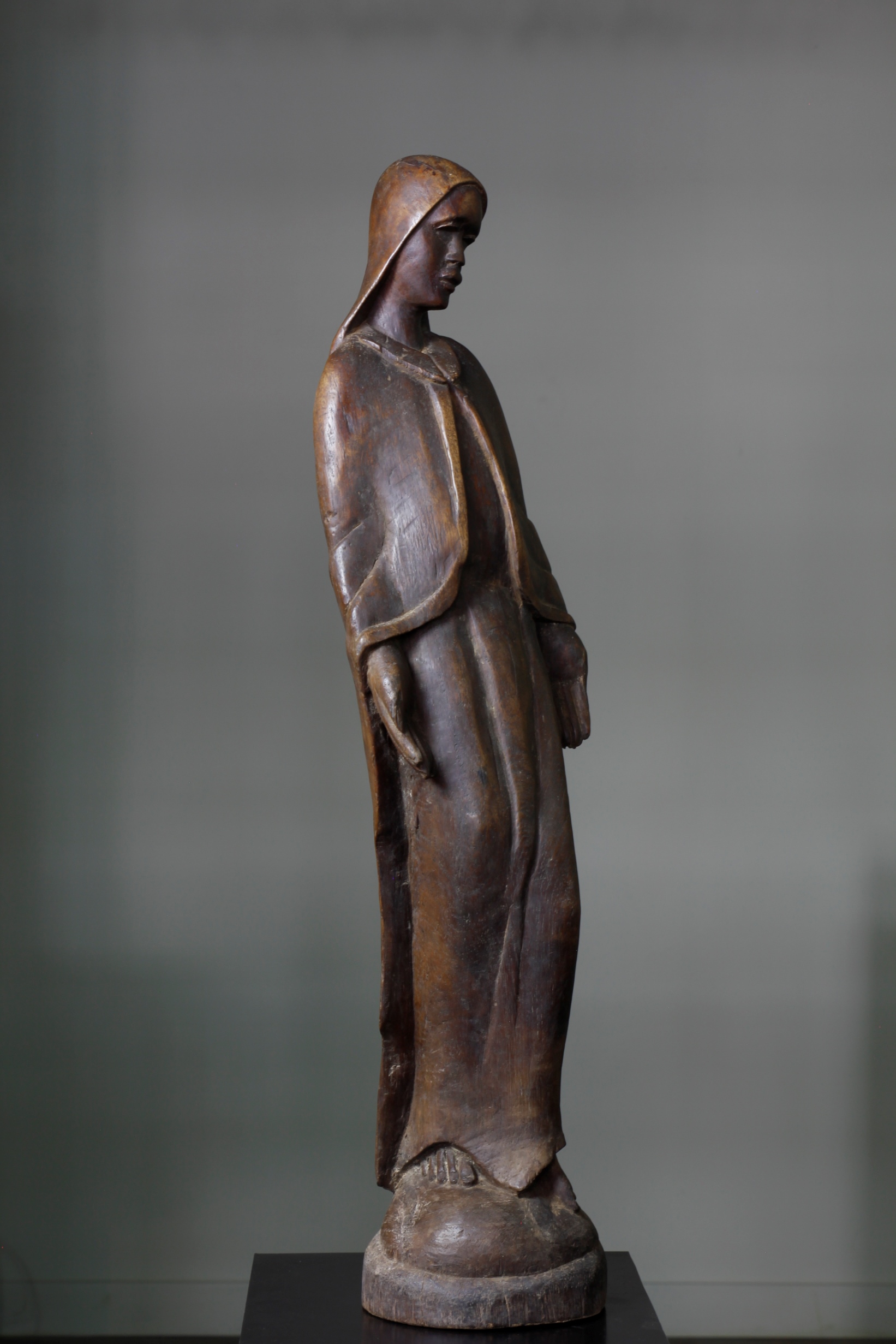 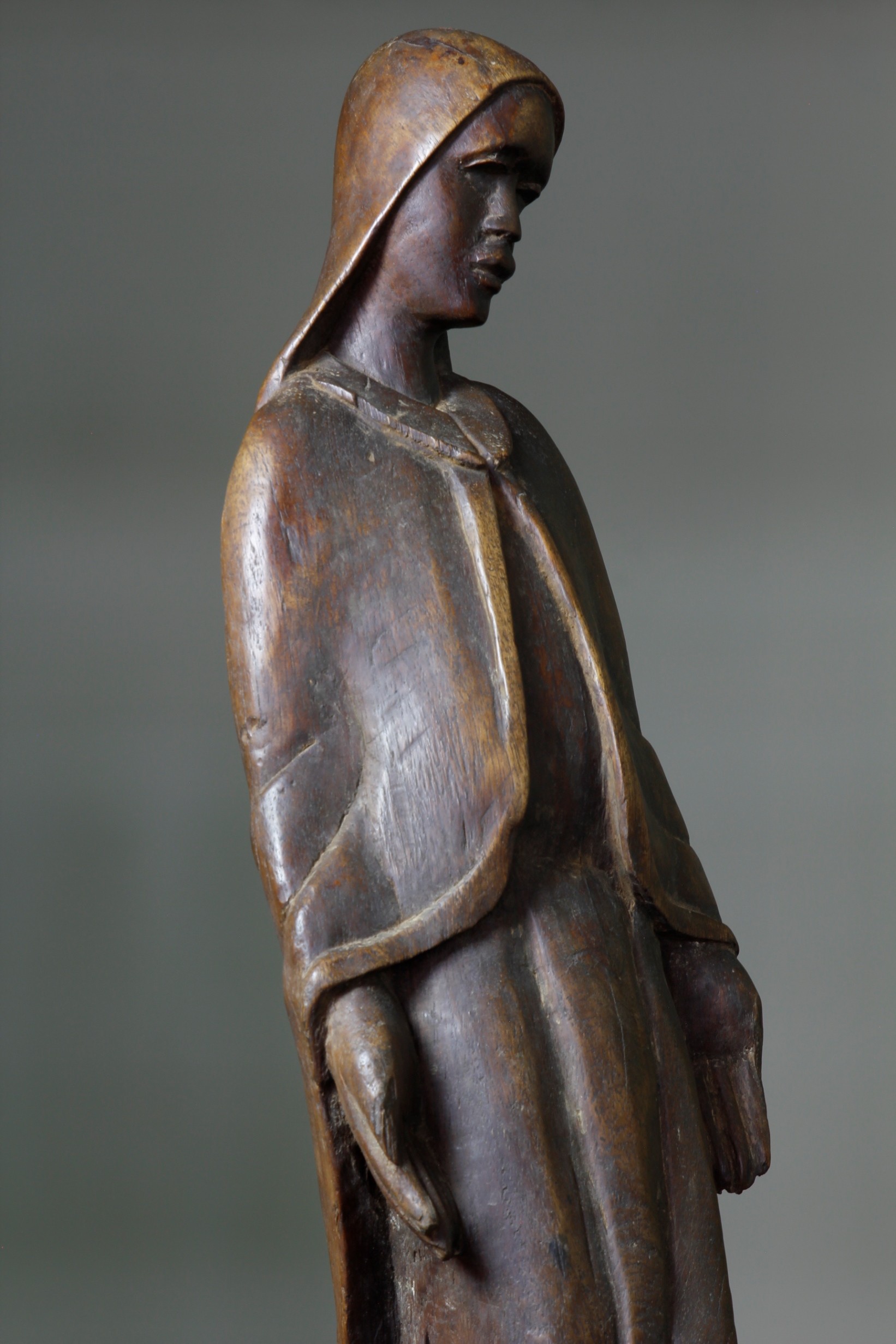 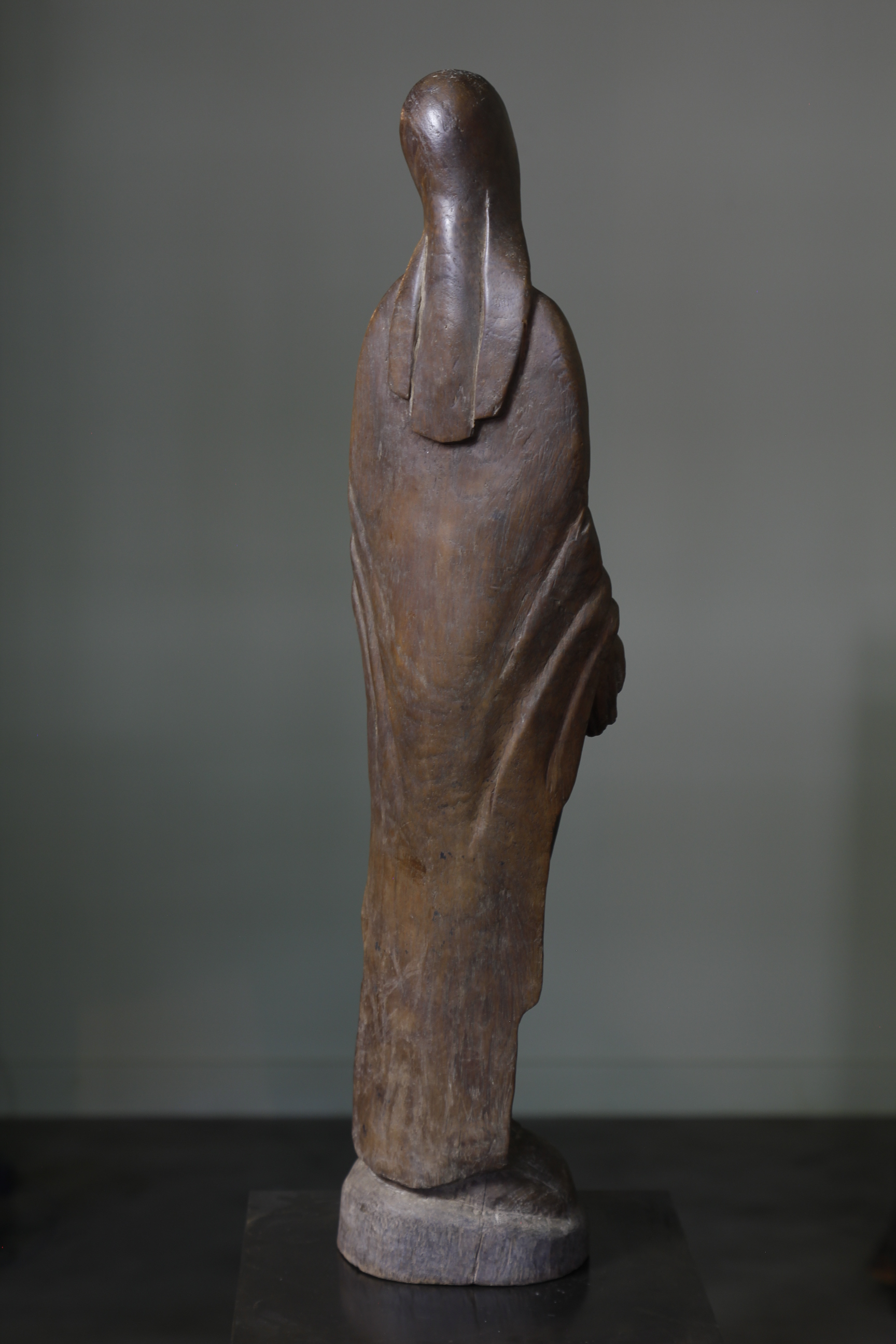 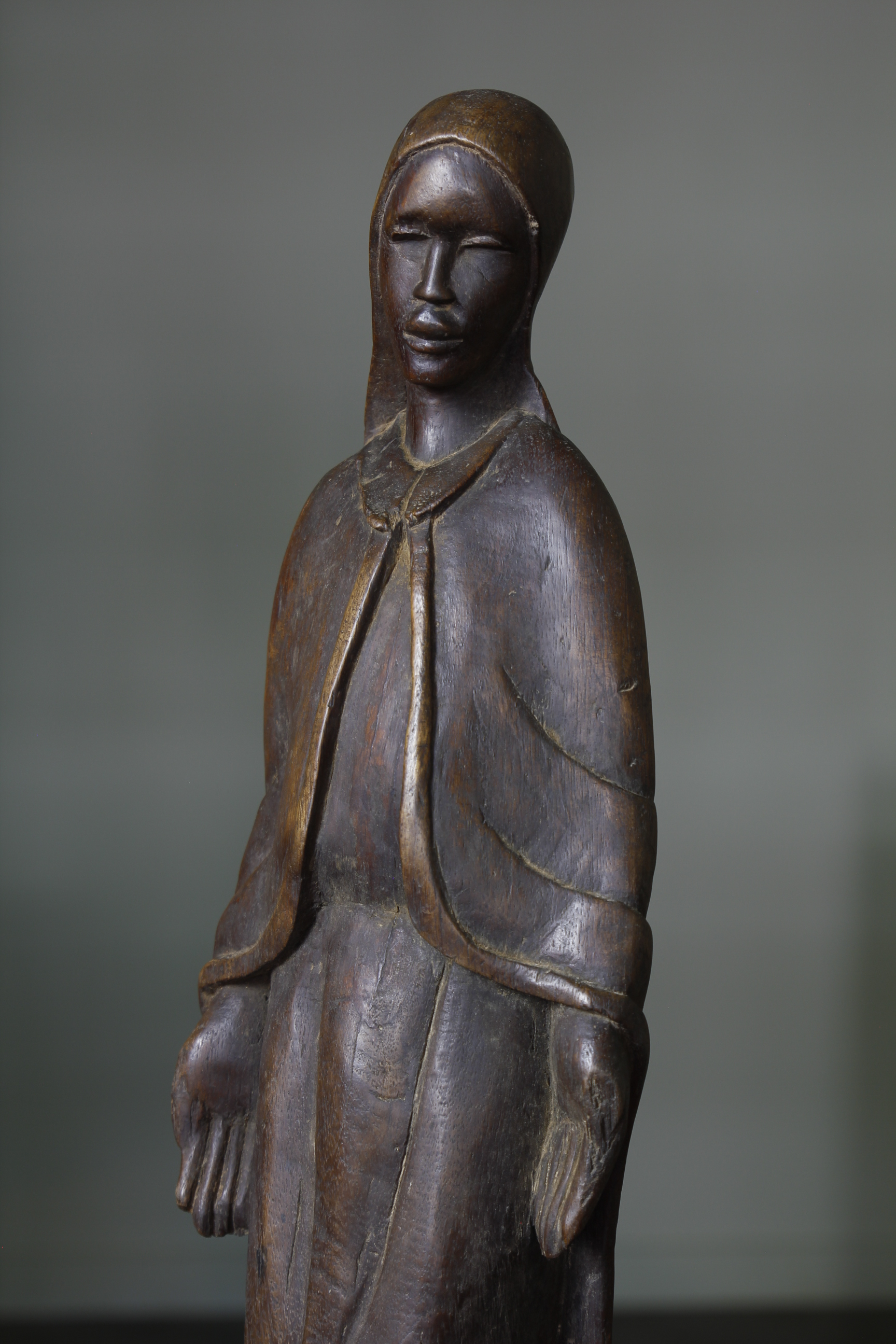 This African Madonna figure from Southern Tanzania, close to the border of Mozambique, bears a beautiful serene expression. With her head slightly tilted to the side, she stands gracefully in a counterpoise stance with her arms resting by her sides, and the movement of her long, flowing robes following the gentle twists of her posture. Besides their religious context, Madonna figures such as this would have been kept in private dwellings and houses, serving as protective forces. 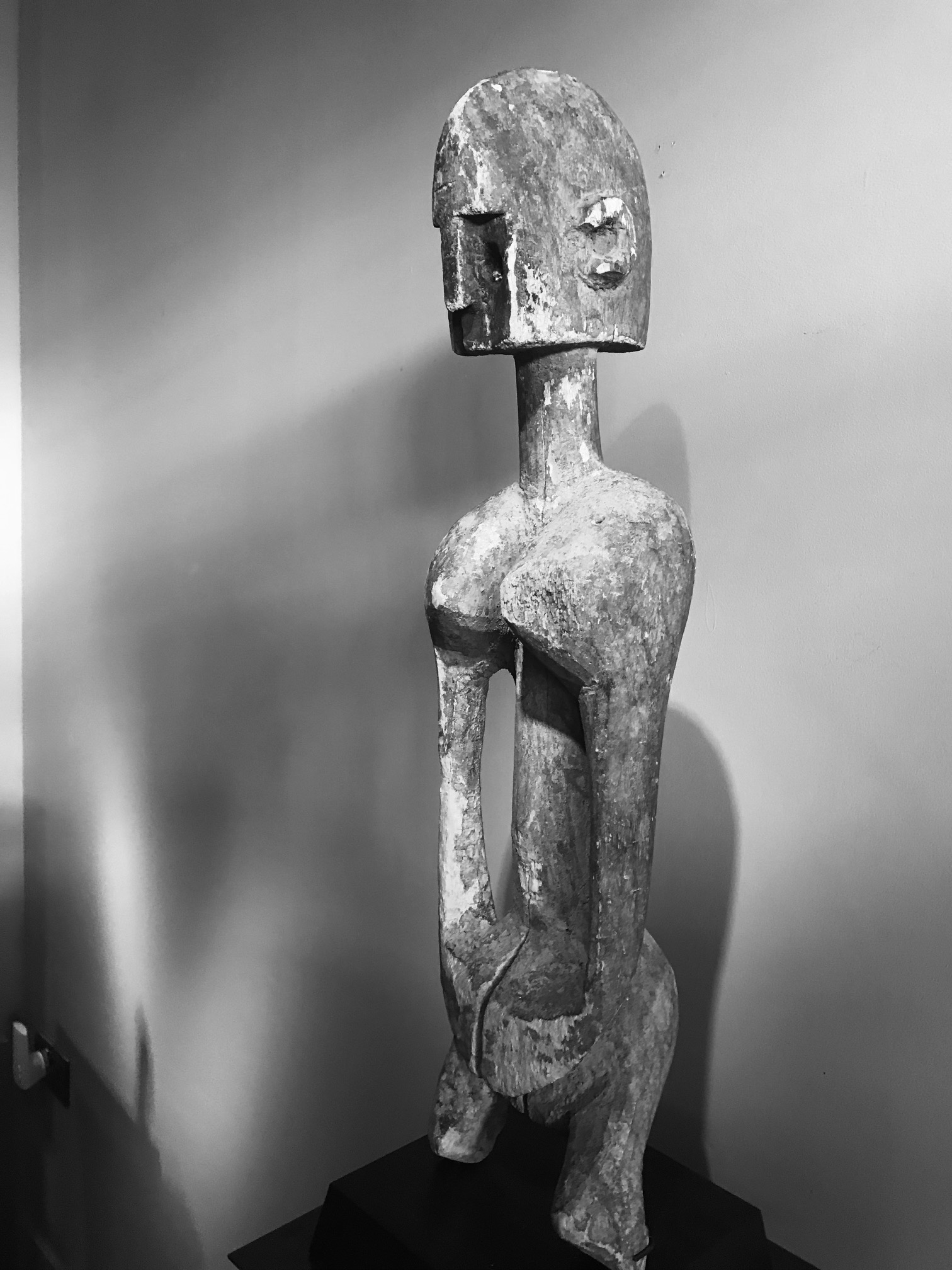