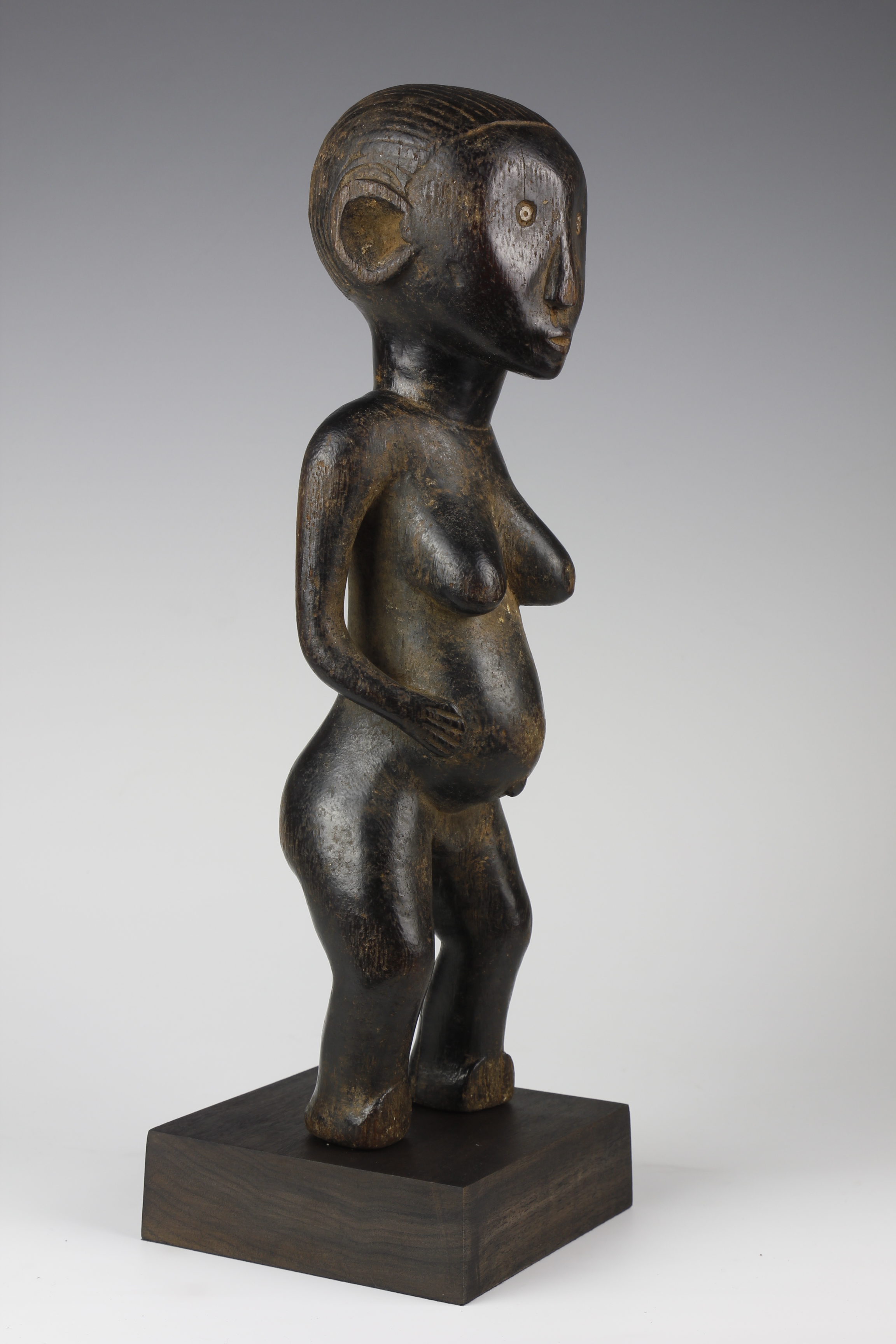 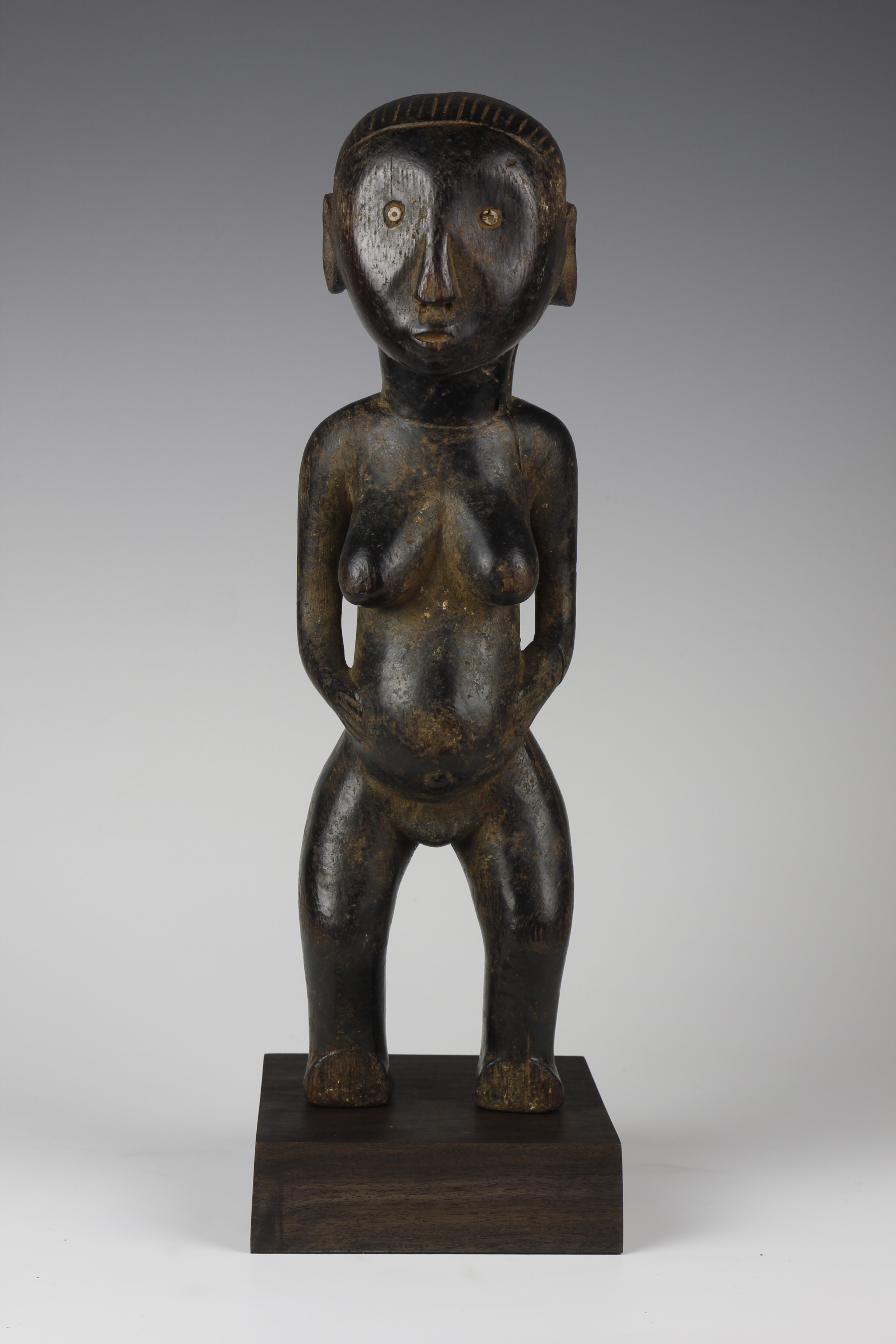 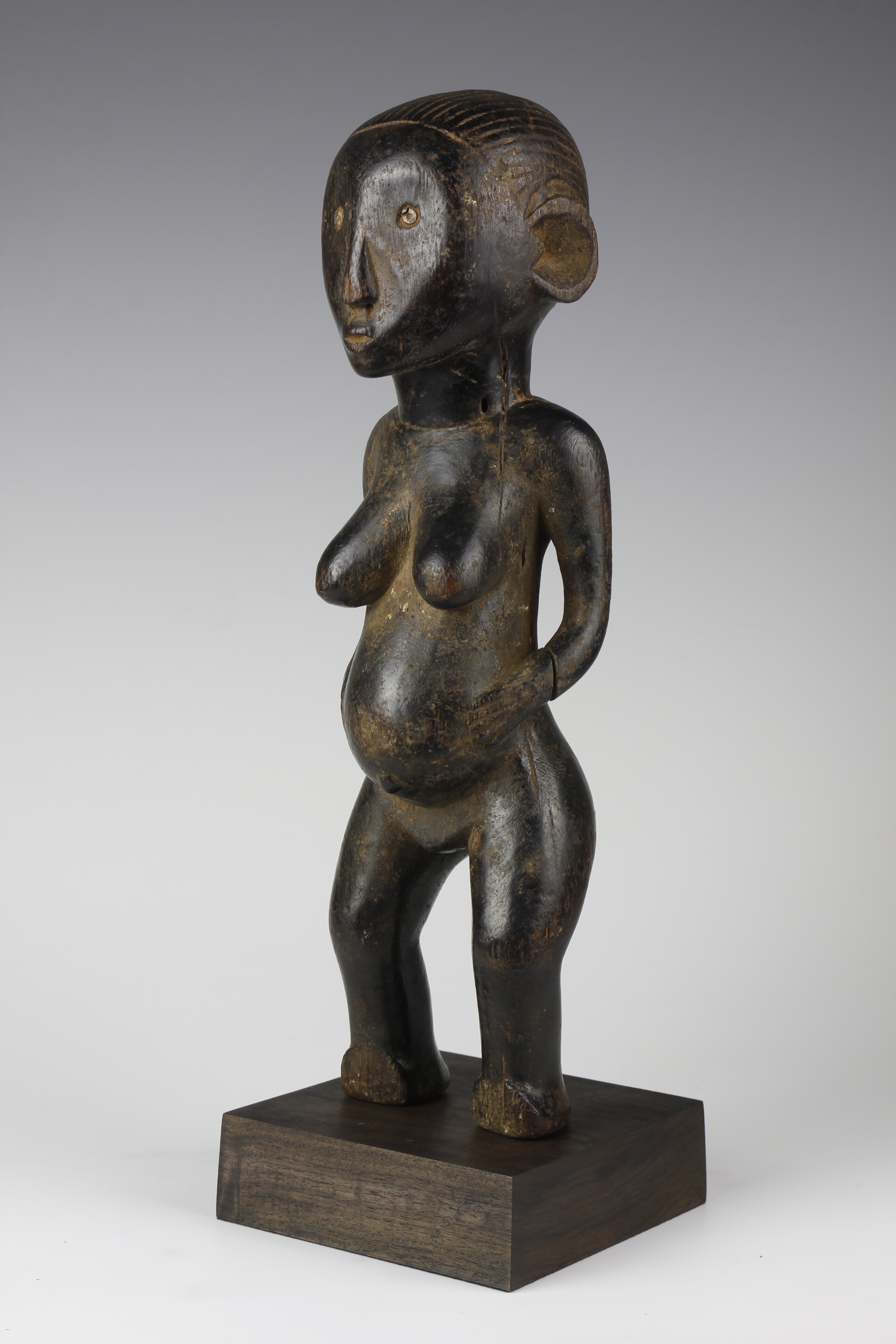 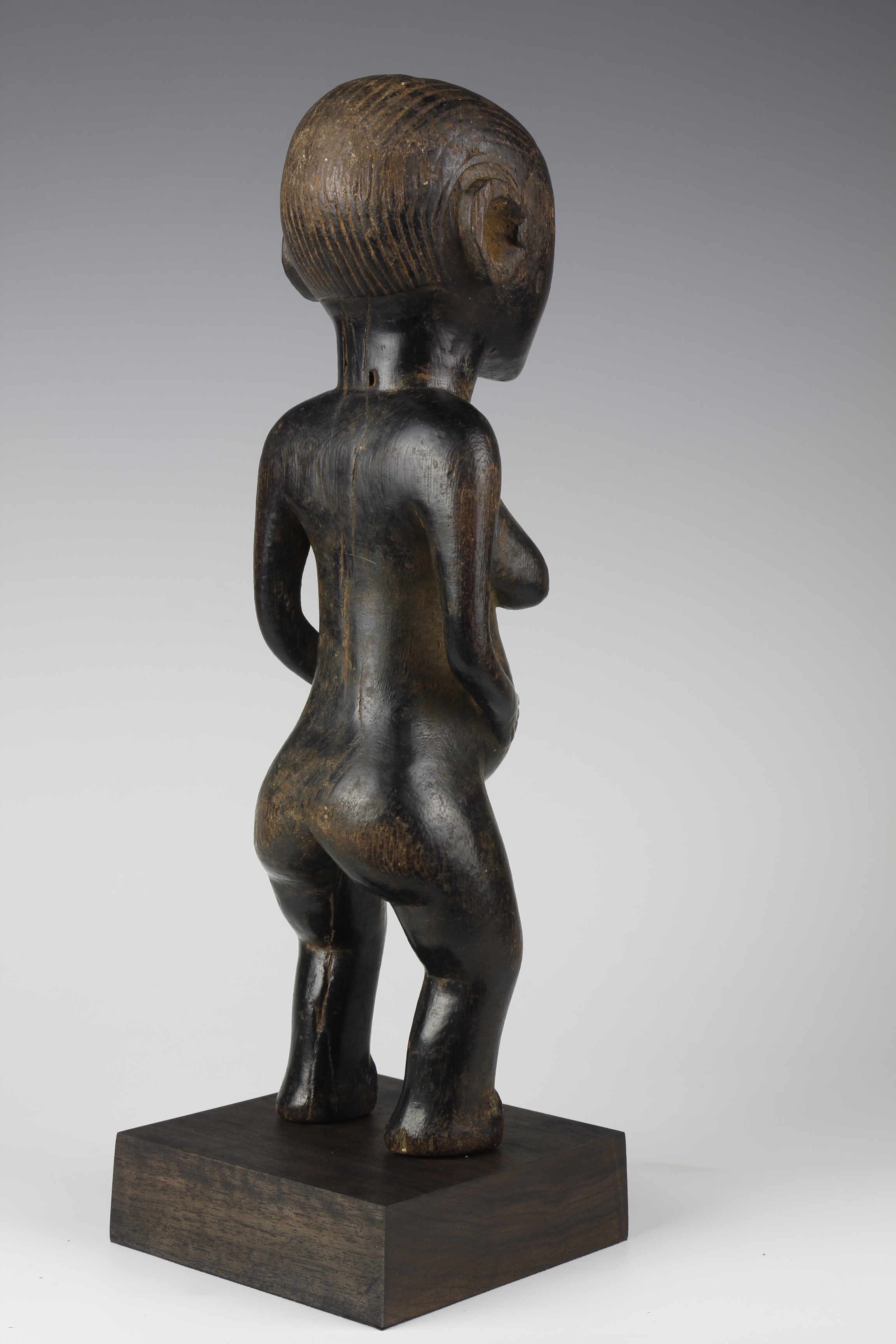 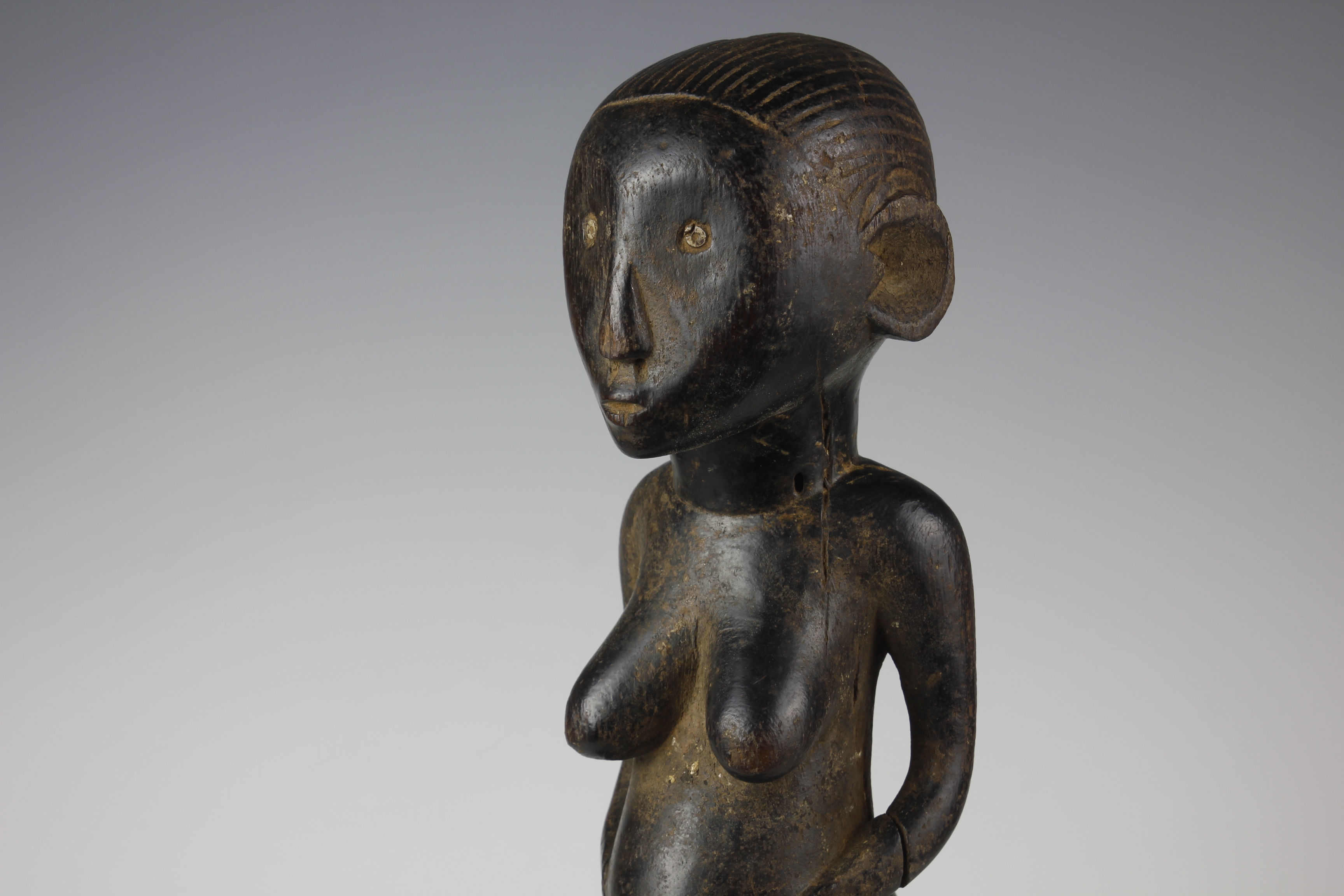 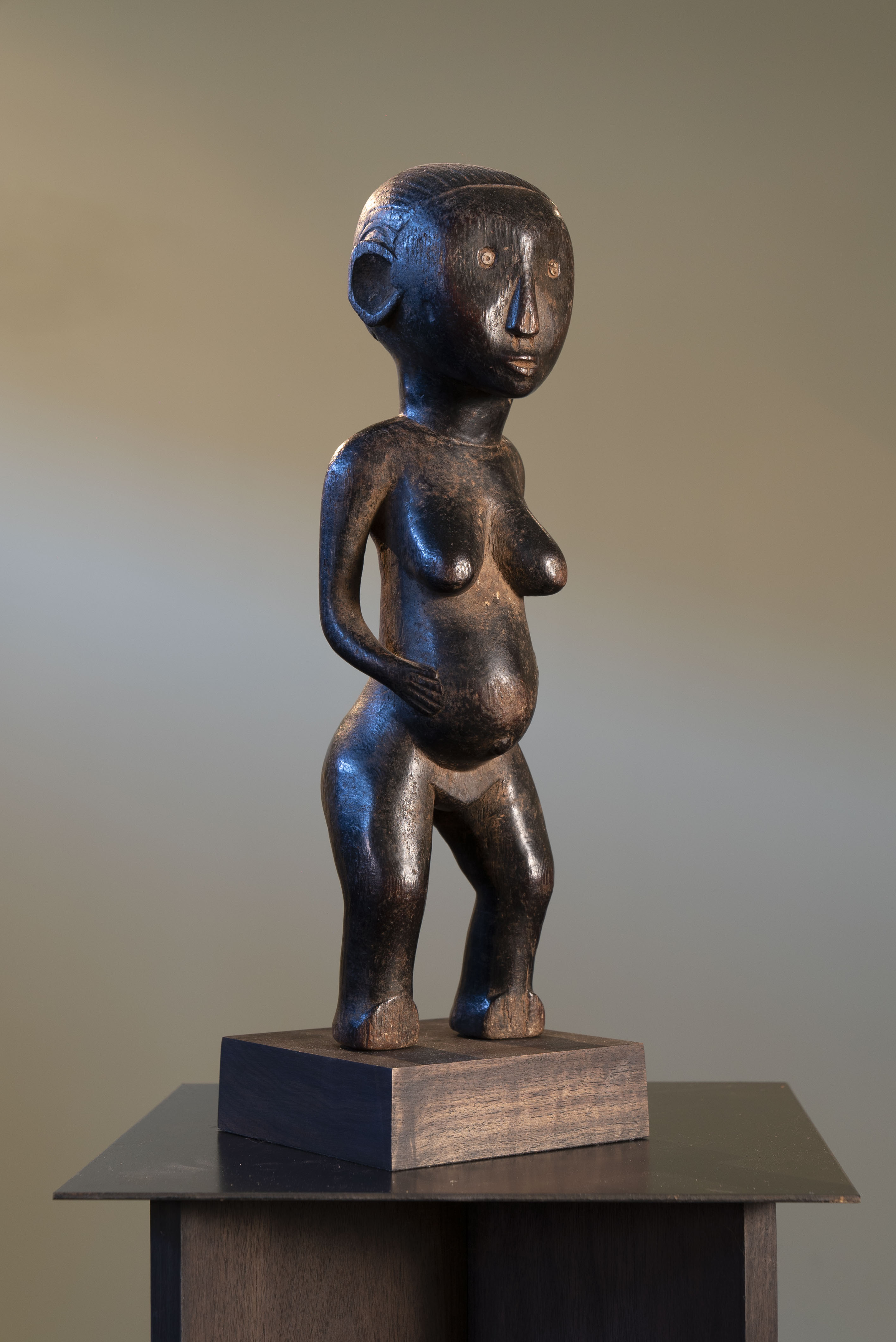 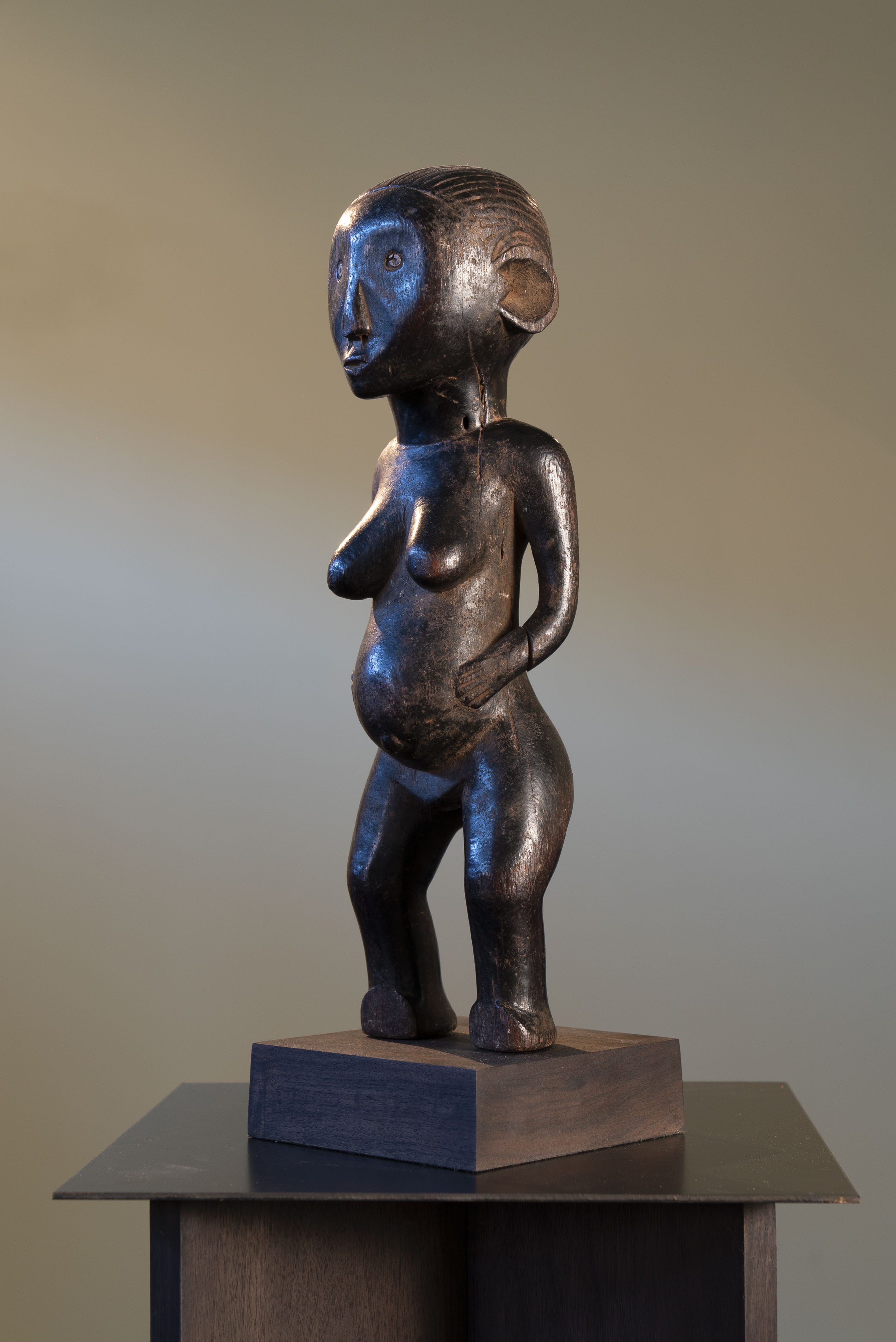 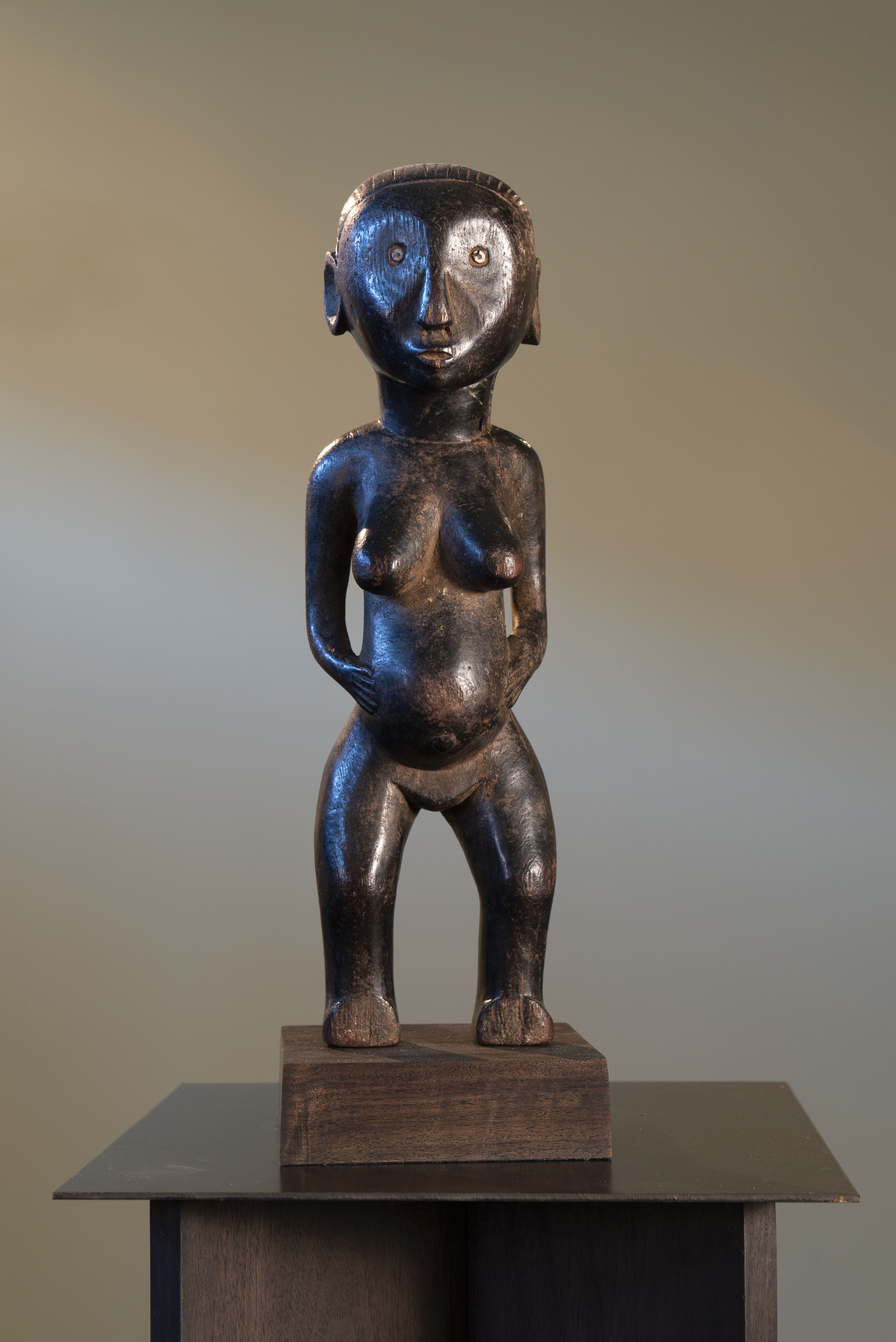 This maternity figure is depicted standing in a slightly crouched stance, with both hands resting on her protruded stomach. The figure has a pair of white glass beaded eyes, and features a pair of large breasts. The figure, carved from a dark dense wood, exhibits a smooth, worn patina. The surface of the figure is particularly shiny in parts where the figure has been handled throughout the years. 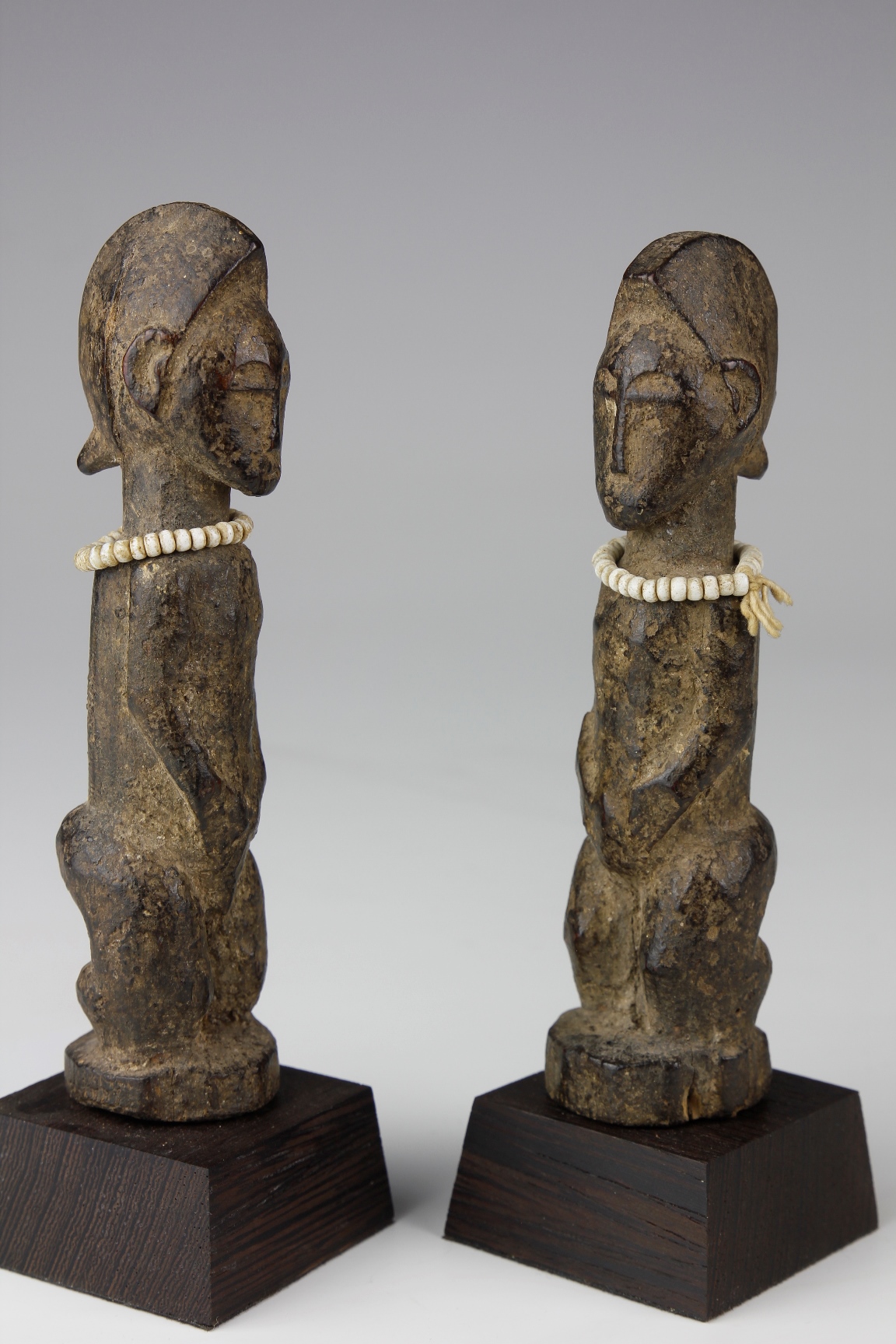 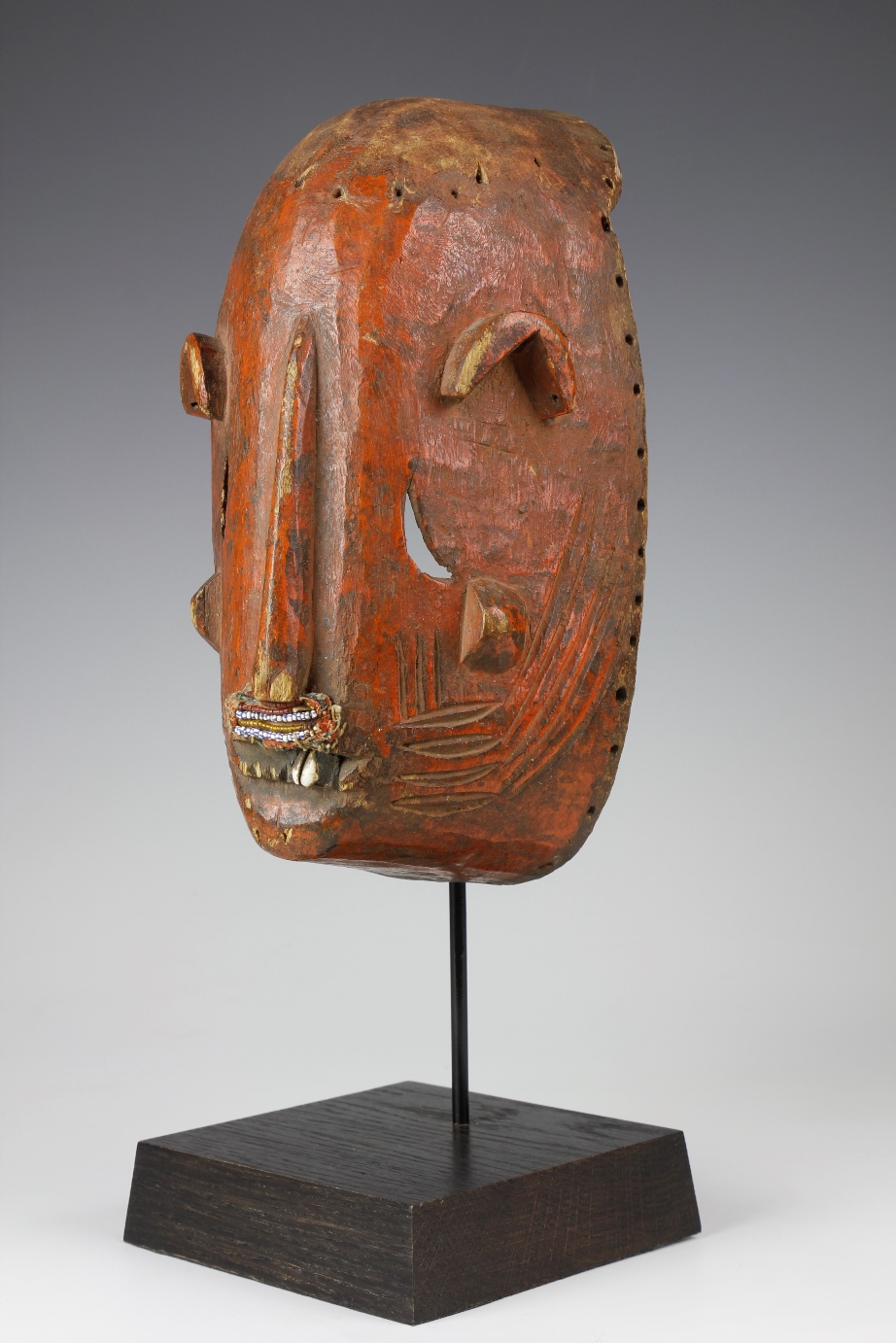 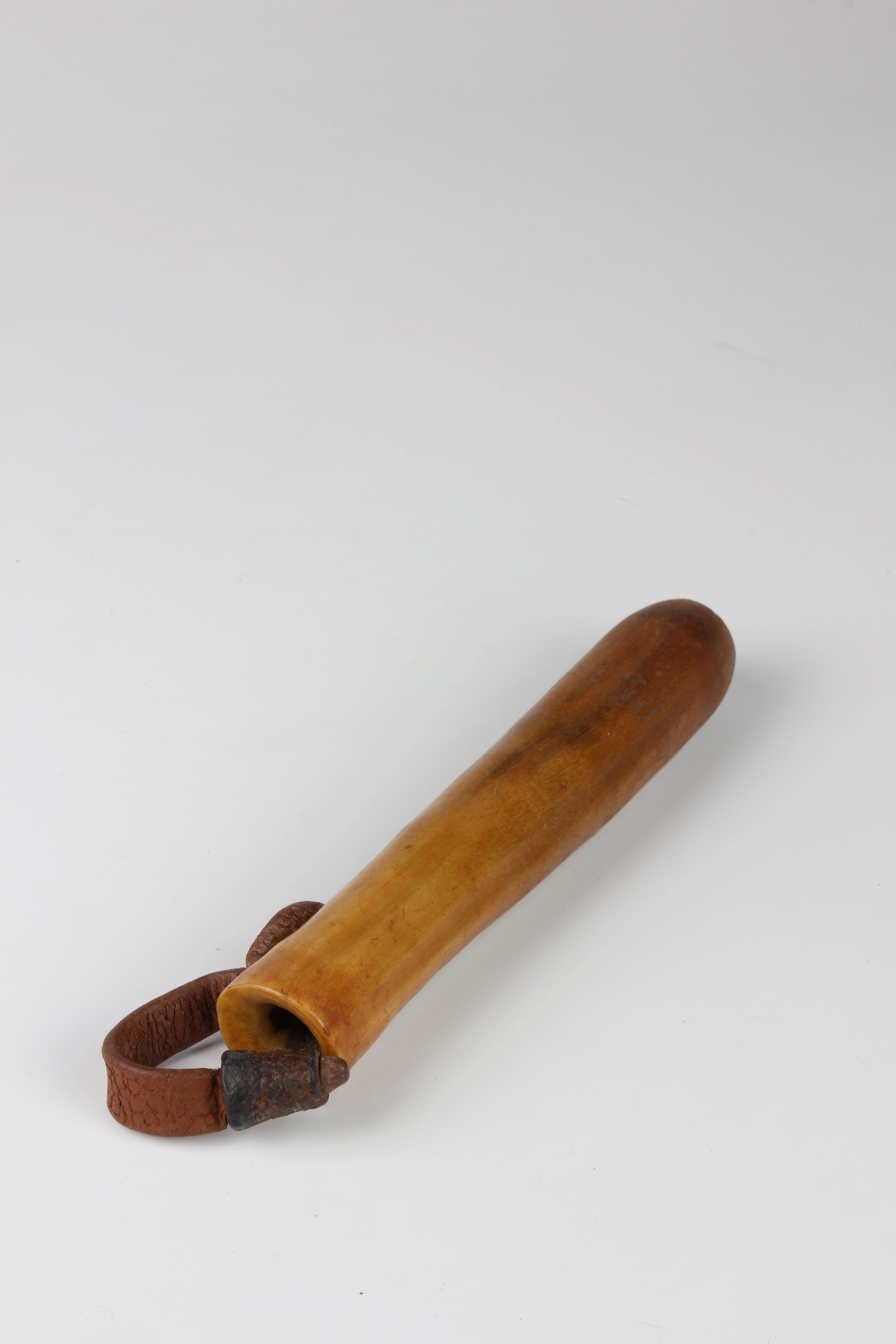 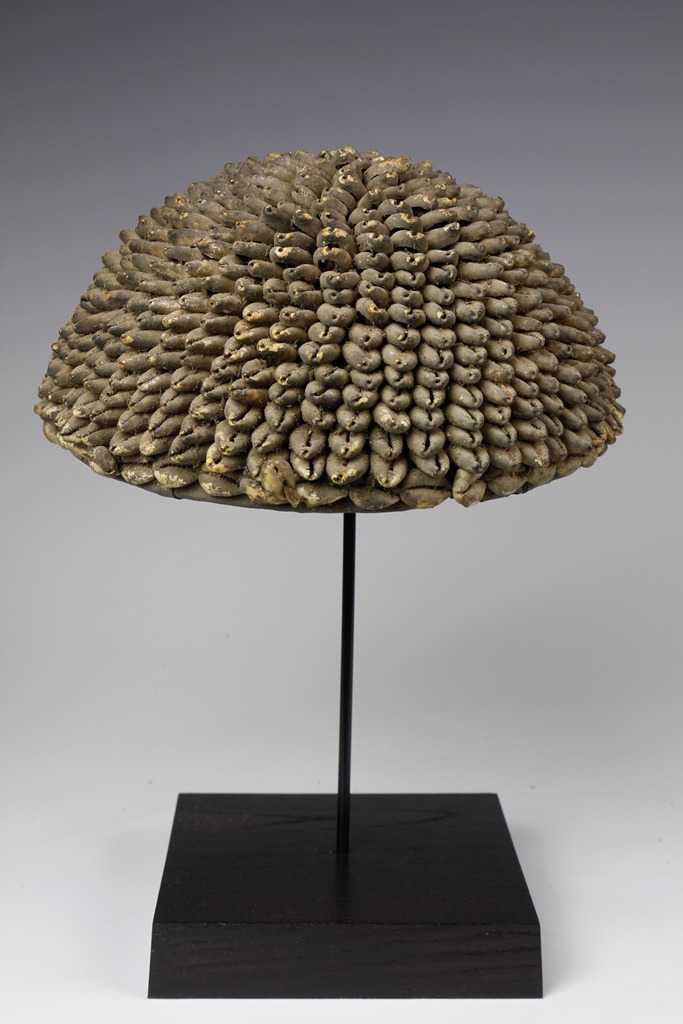