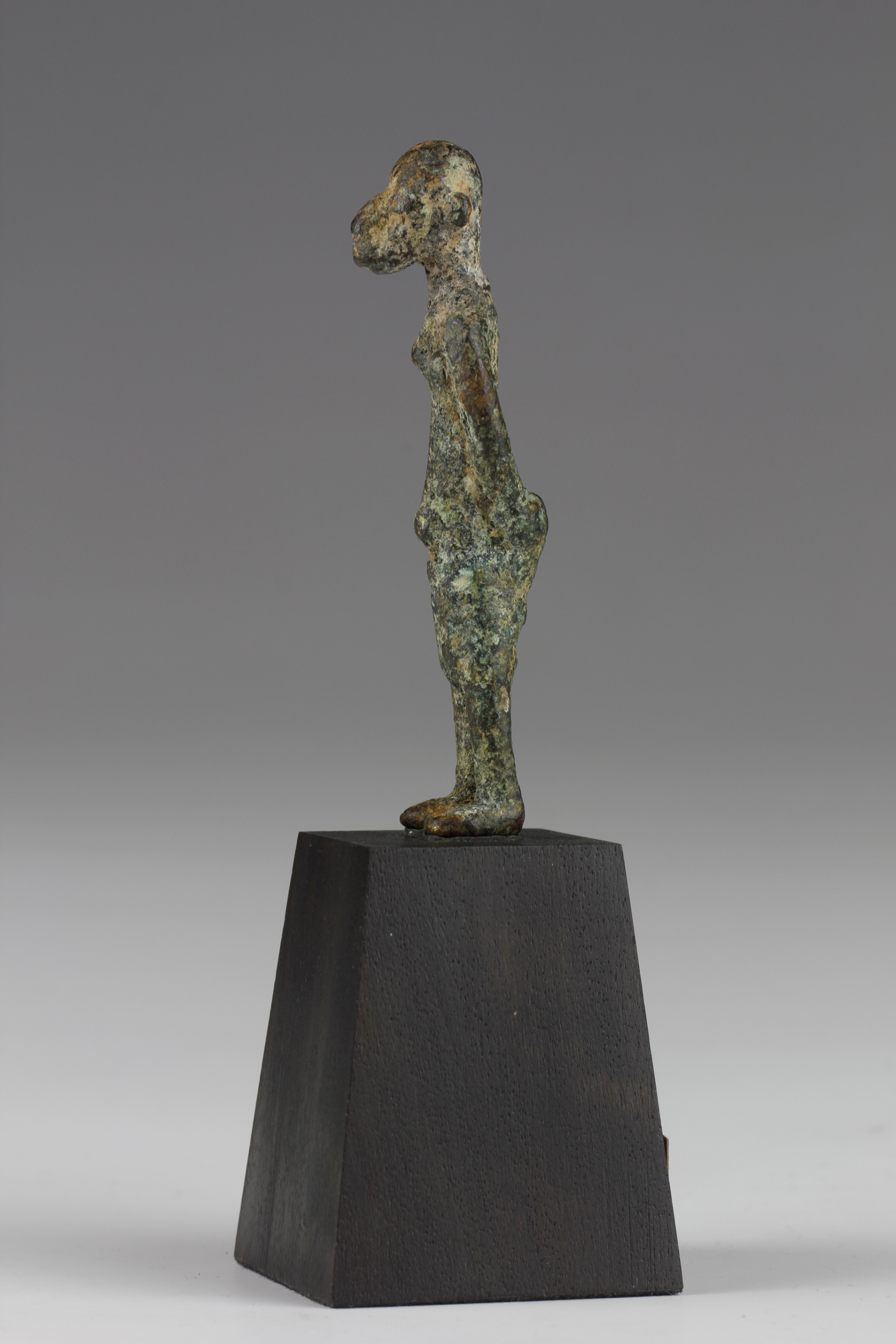 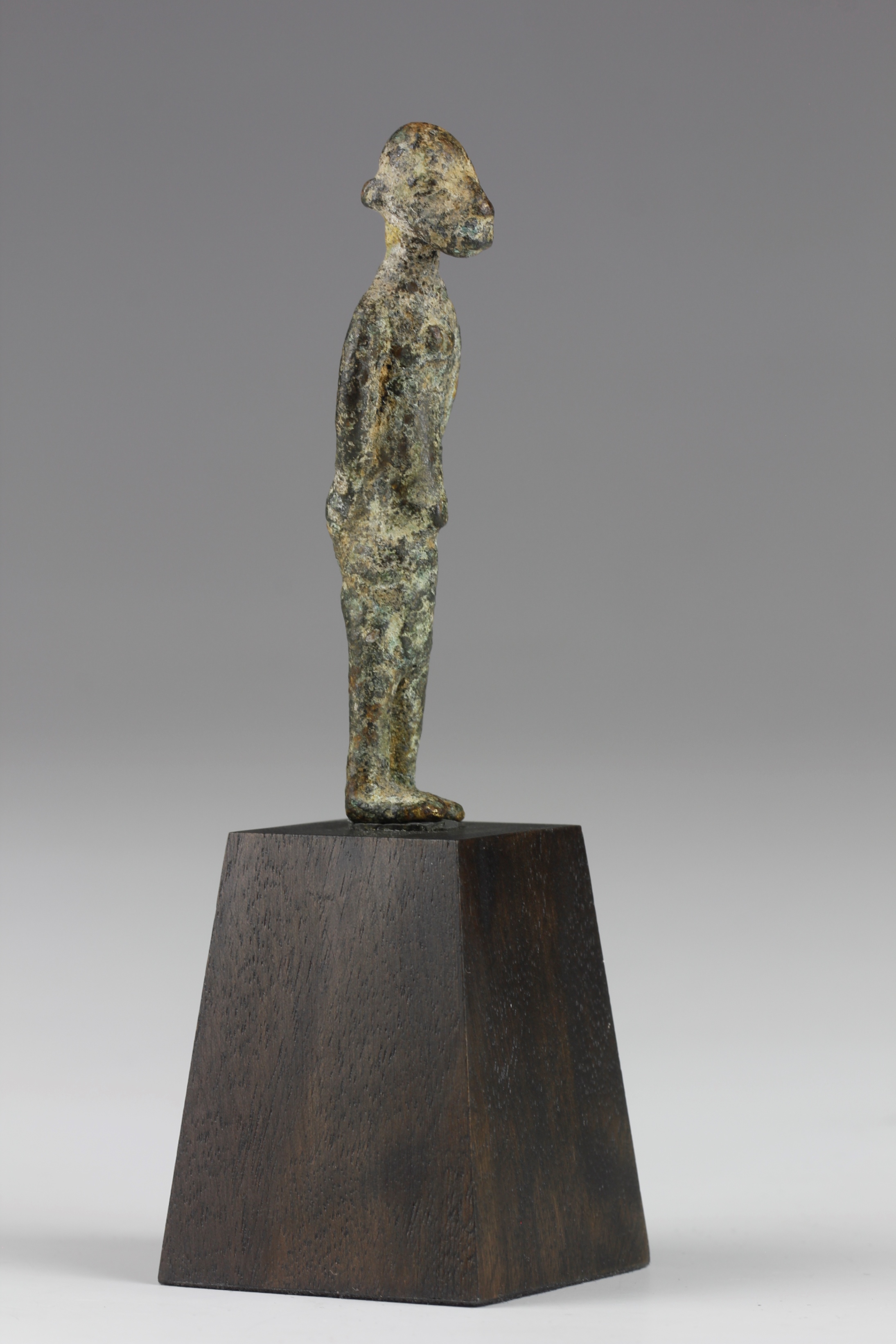 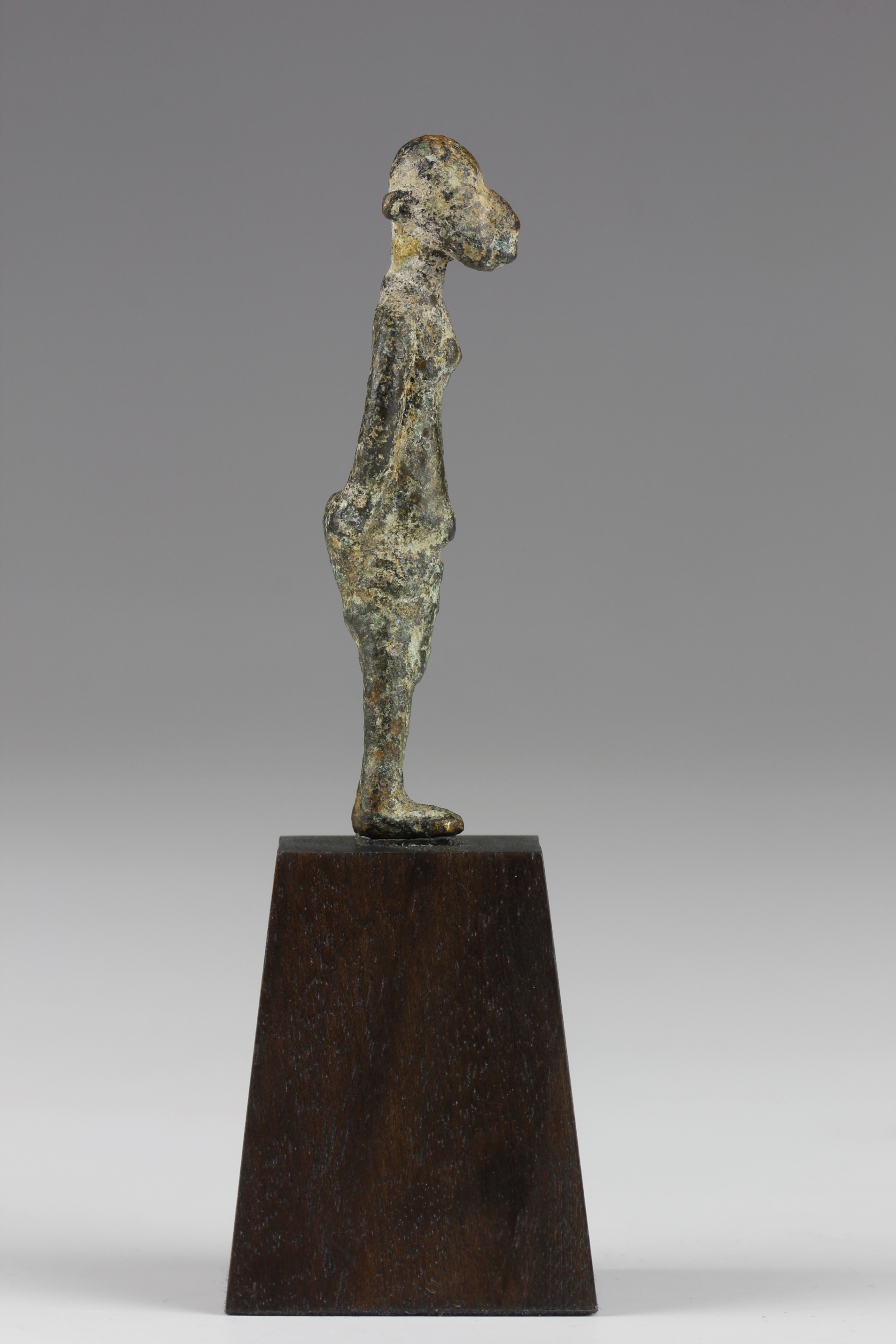 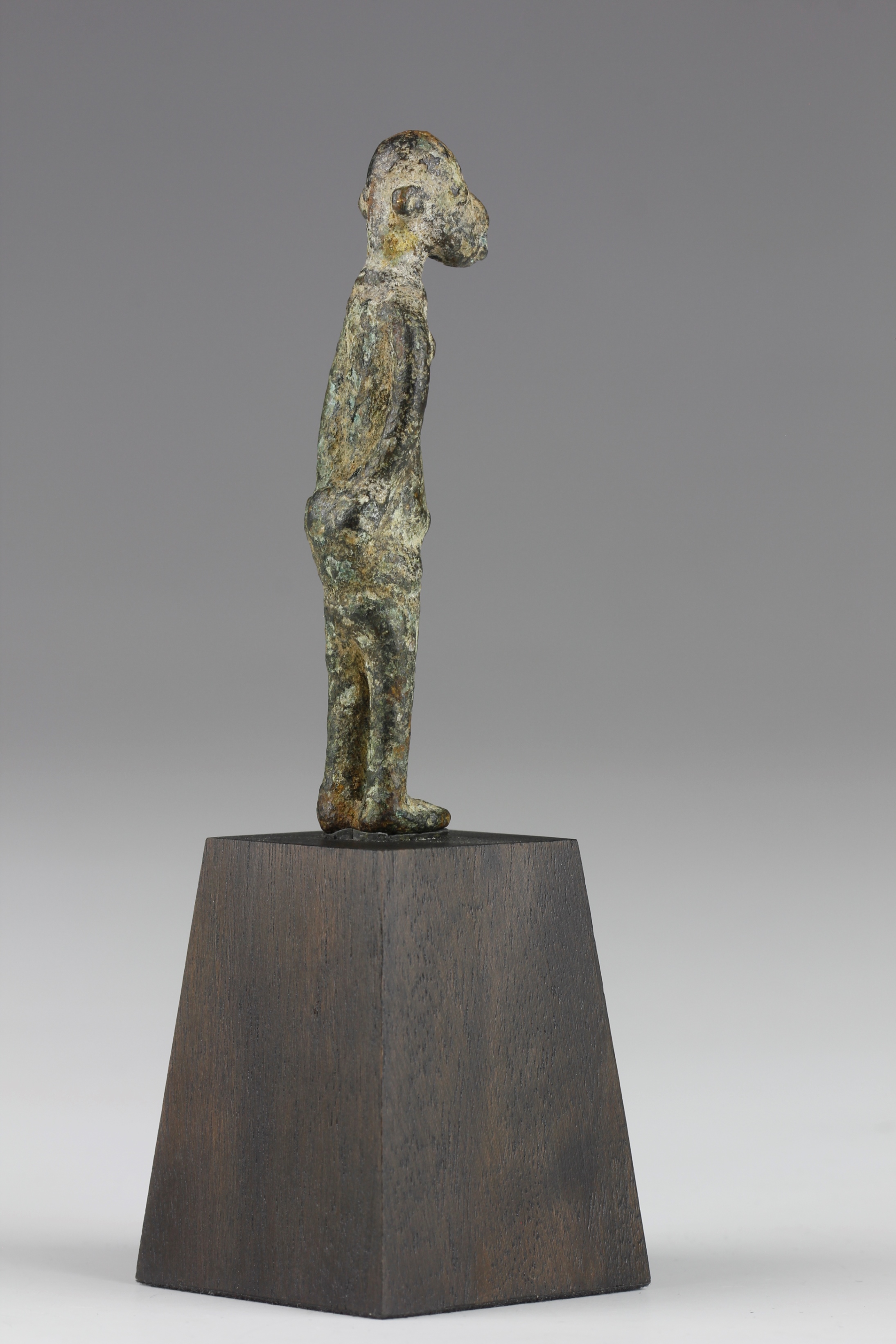 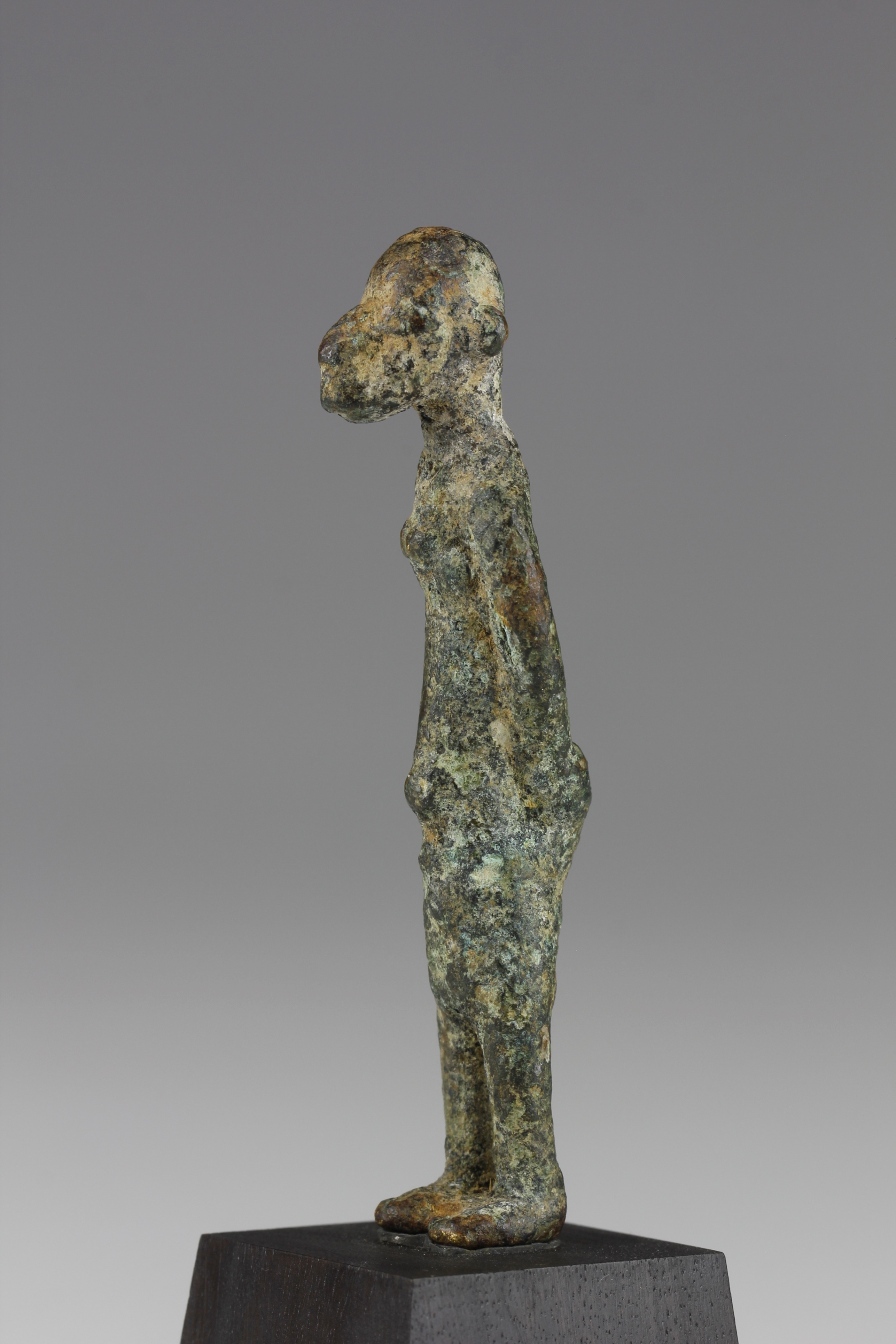 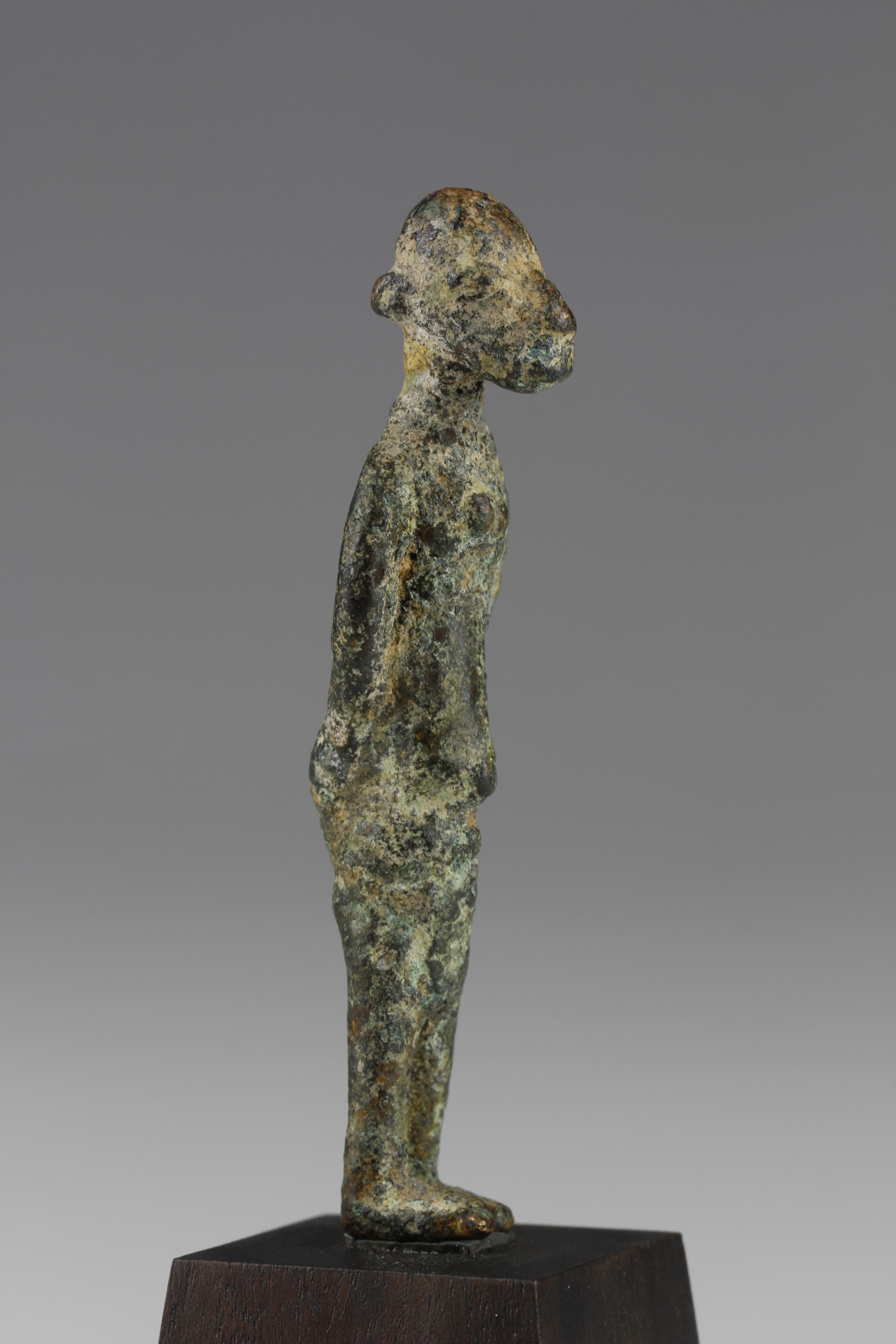 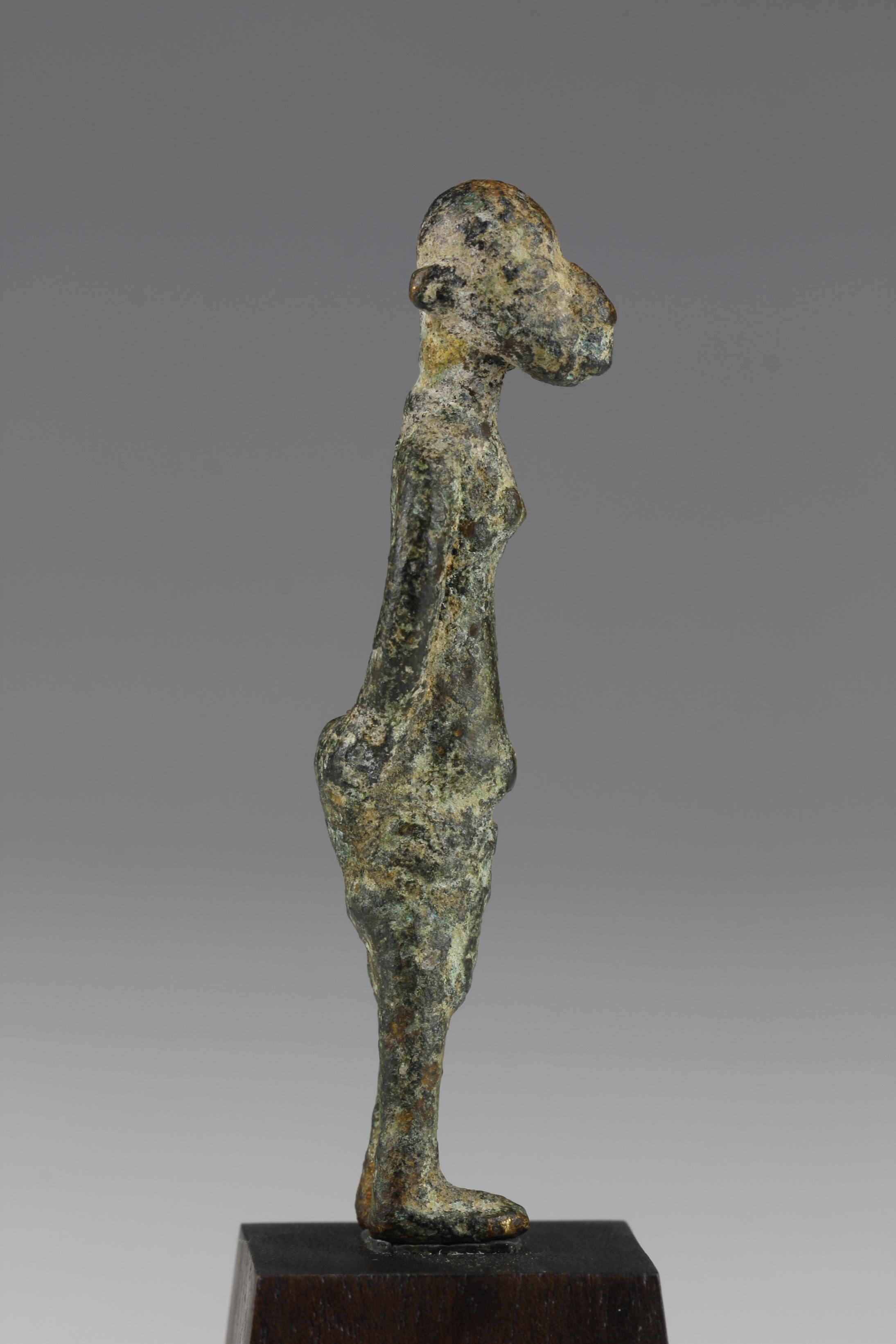 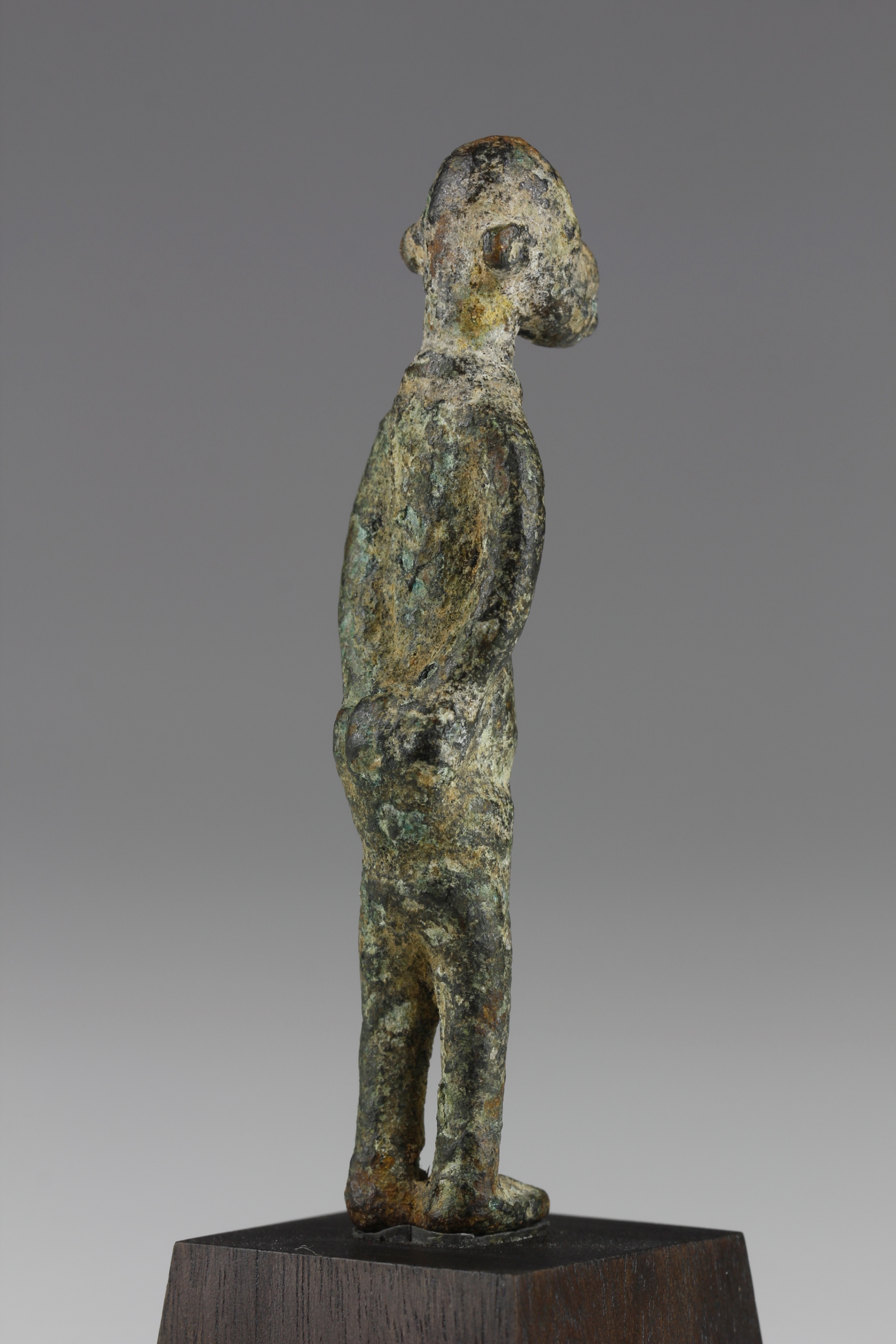 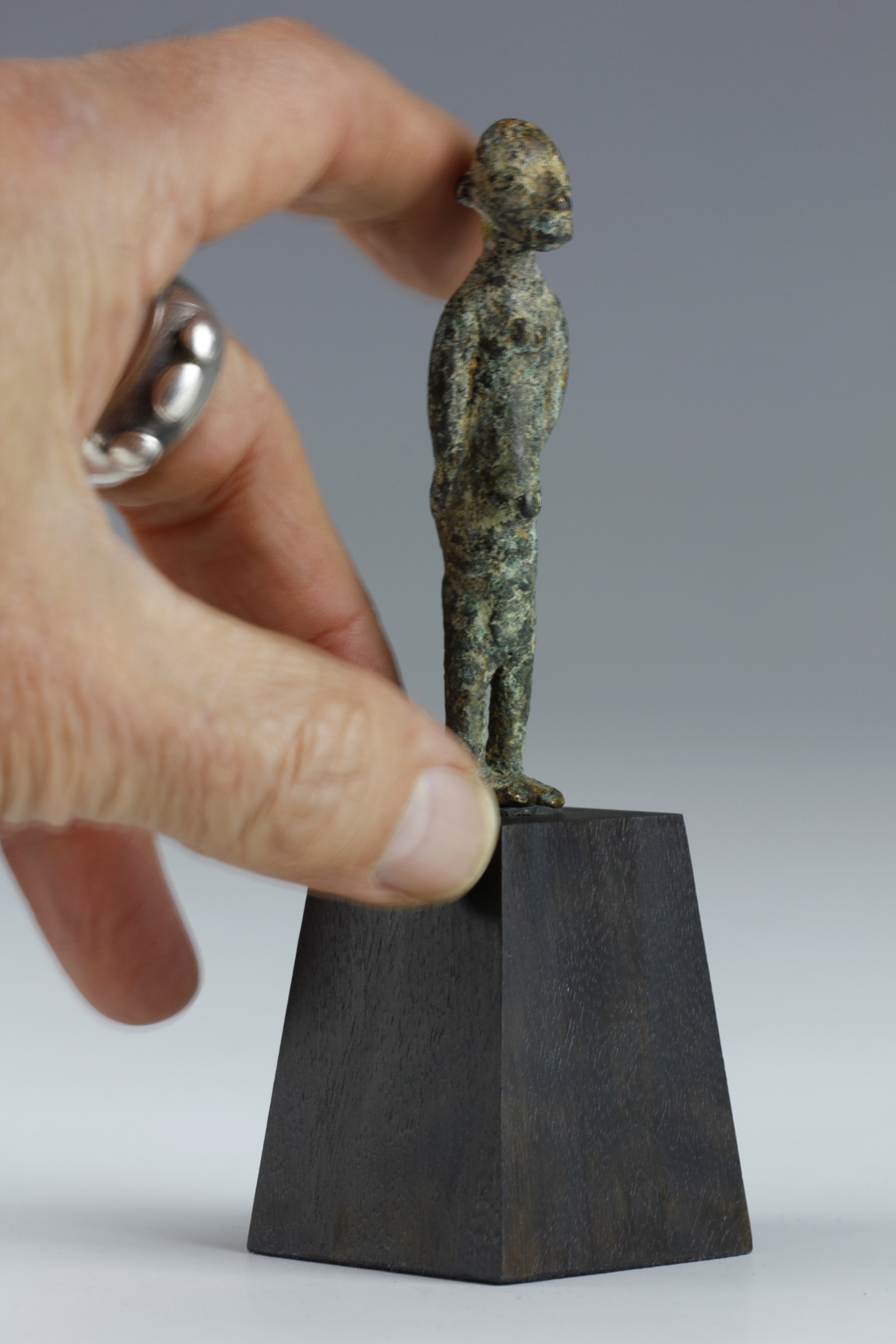 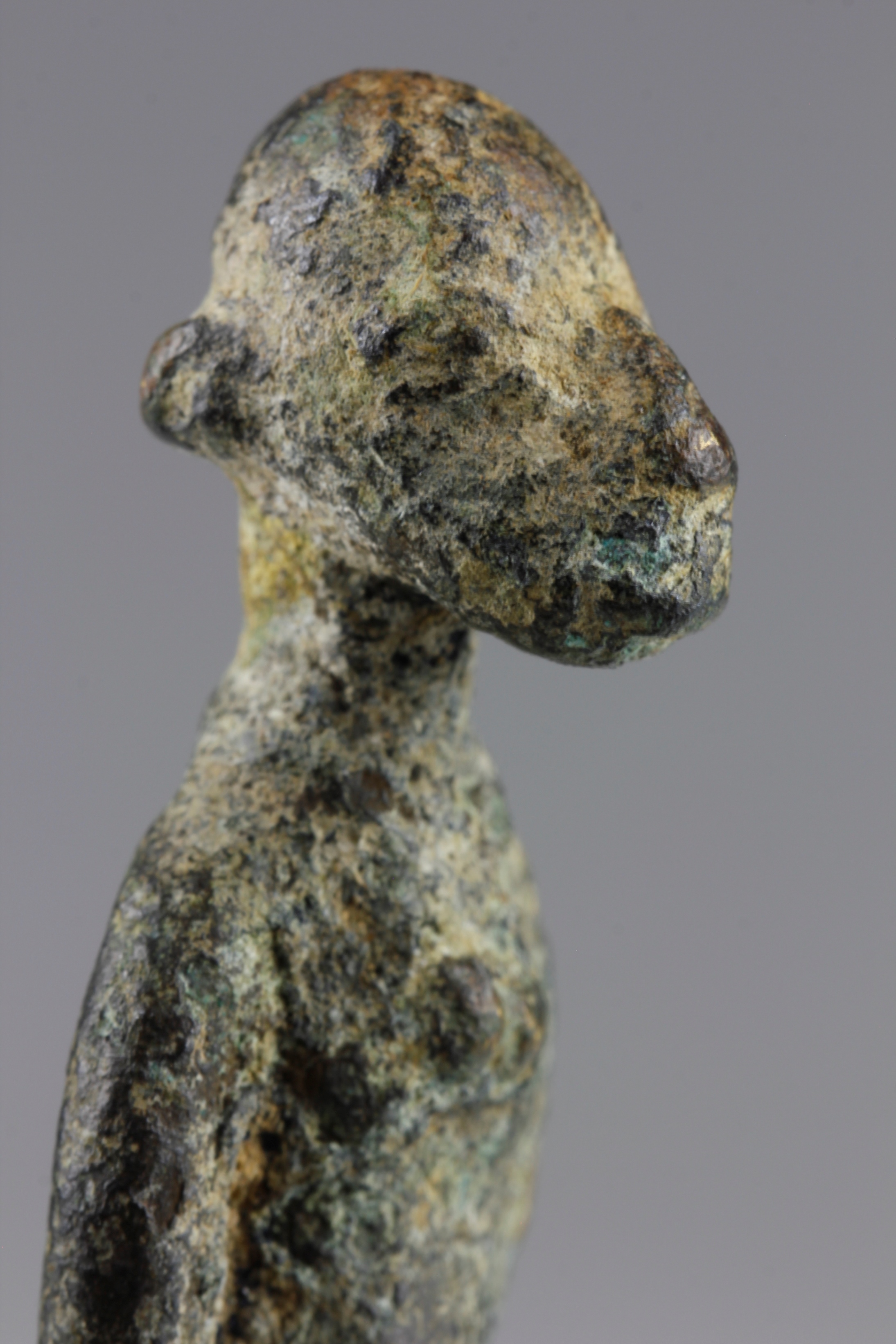 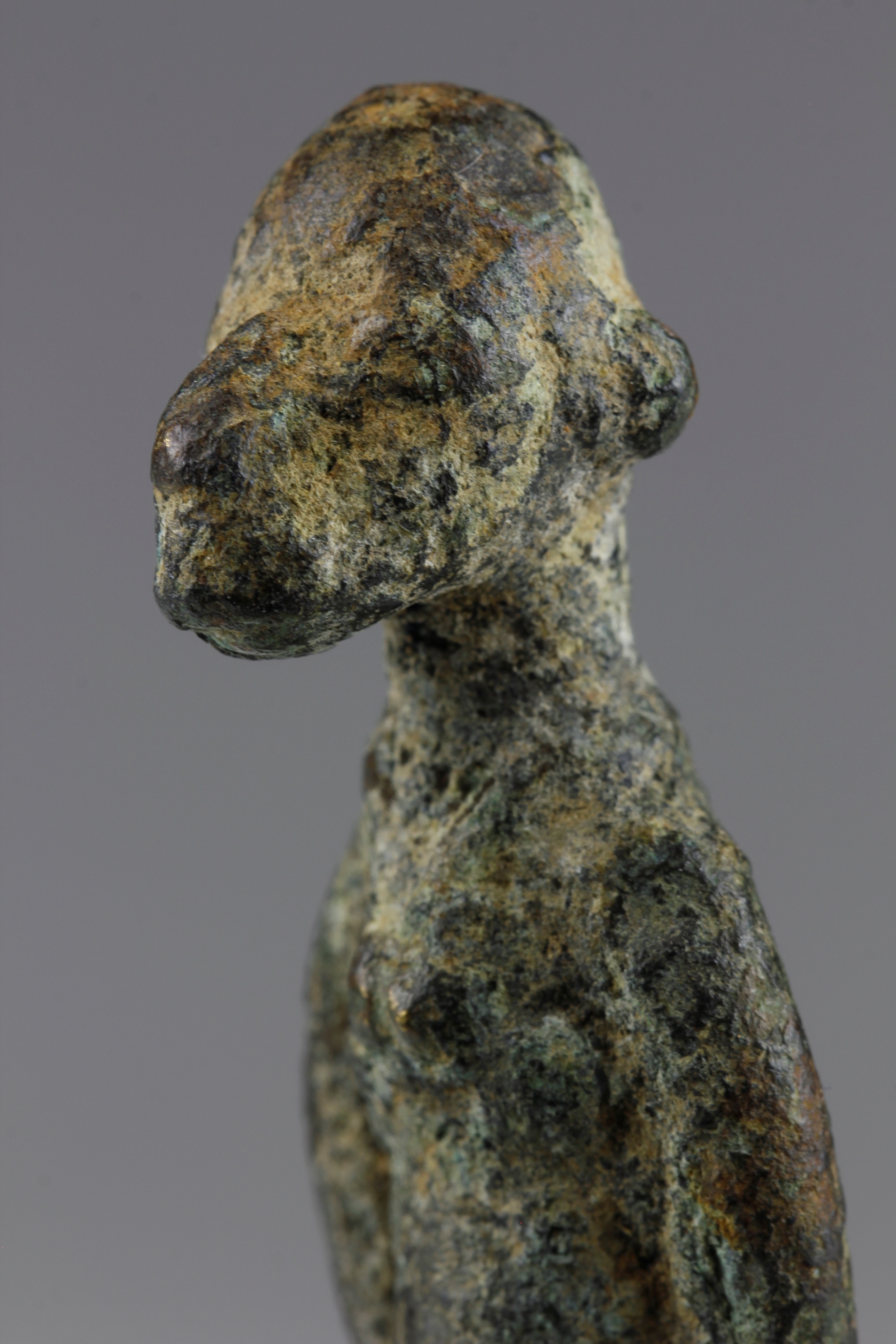 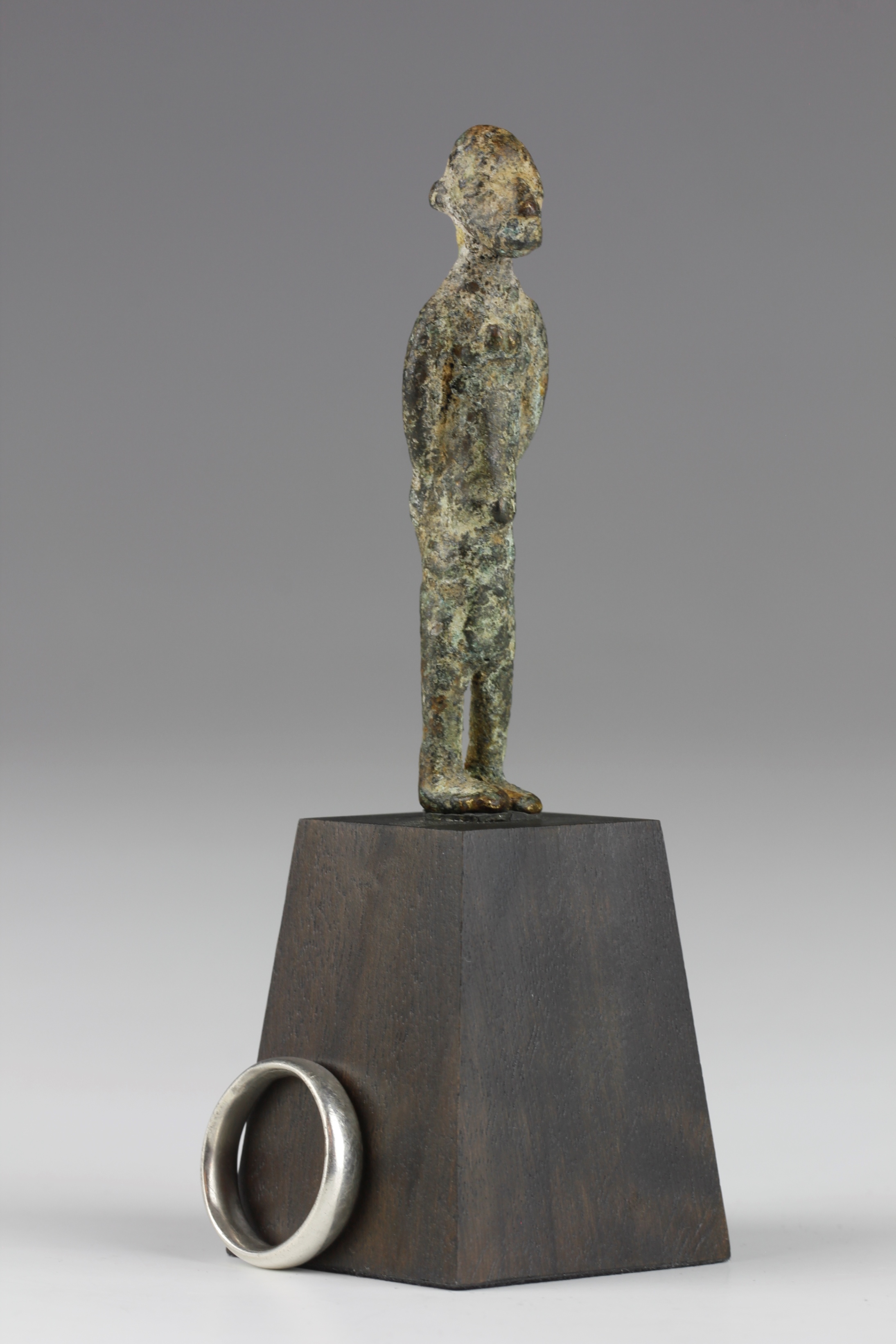 This male figure is depicted standing in an upright position with his arms, possibly tied together, behind his back. He exhibits the protruding facial features - such as a pronounced nose, mouth and jaw - that are typically found among figures from the Djenne period in Mali. The figure has a deep encrusted oxidised surface patina, likely as a result of burial and excavation.

Small bronze figurines from the Djenne period are some of the earliest known examples of African figurative art. A lot is unknown about this figurine's use, but it is considered, beside other functions, that such figures were possibly kept in family shrines and buried with the deceased. 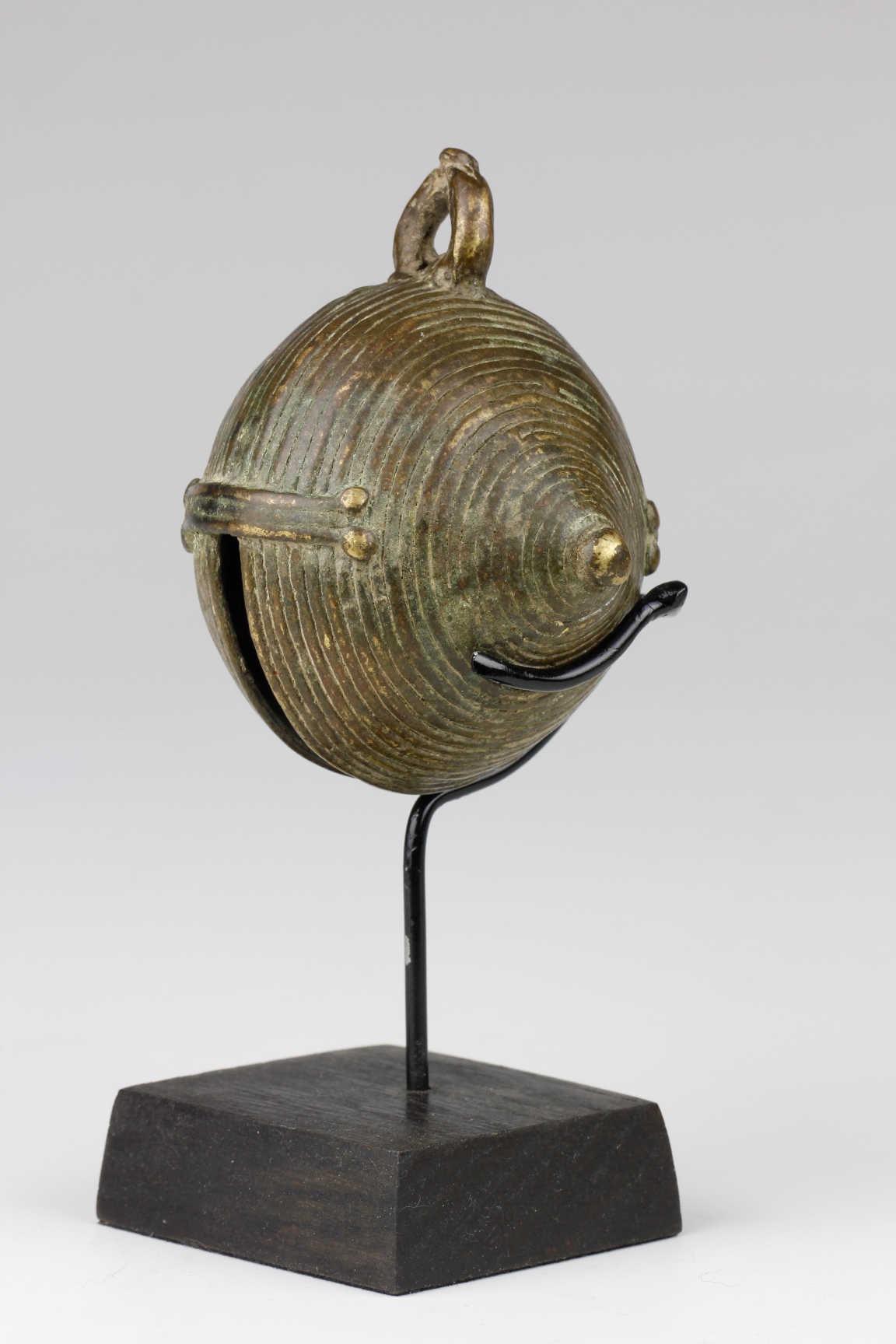 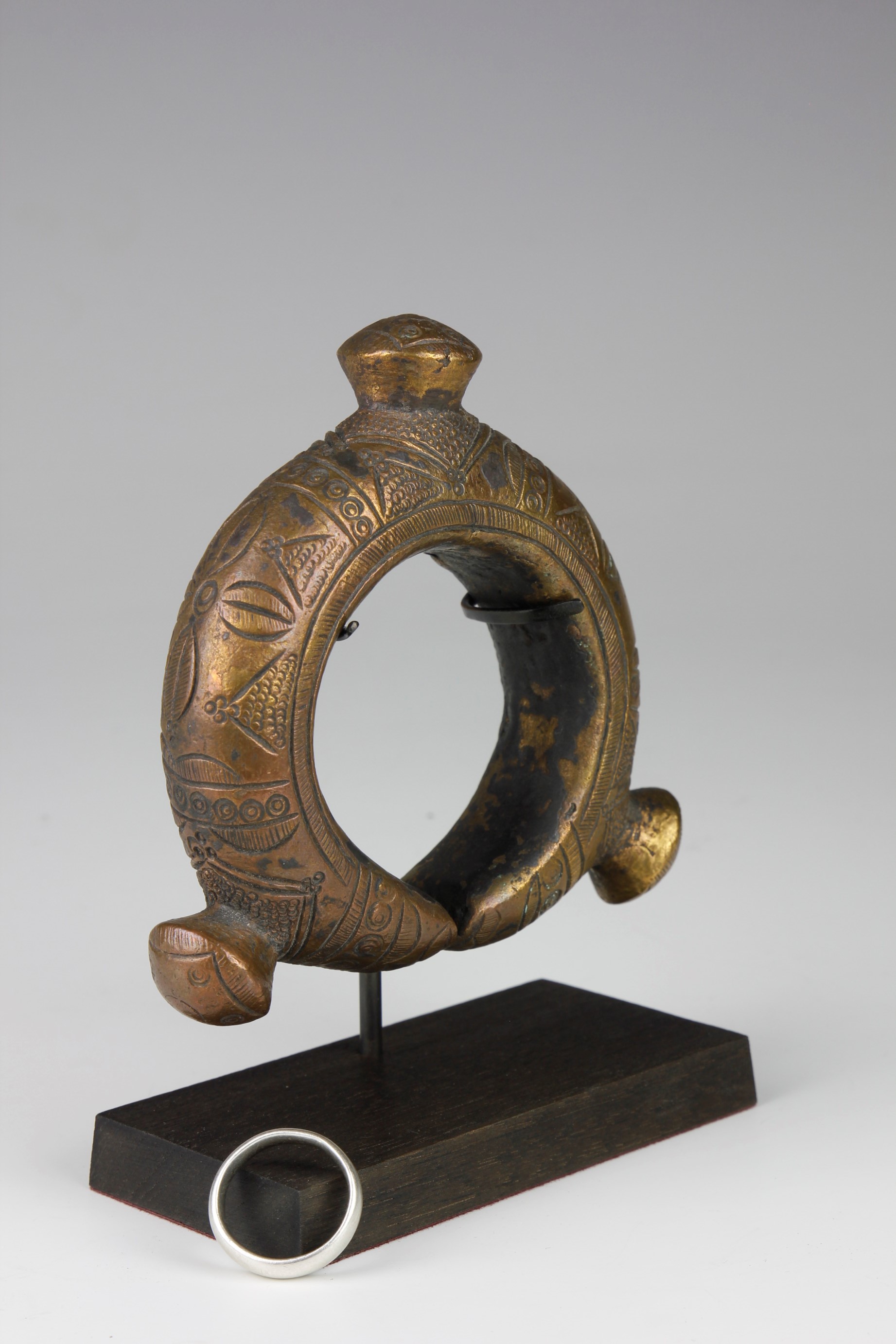 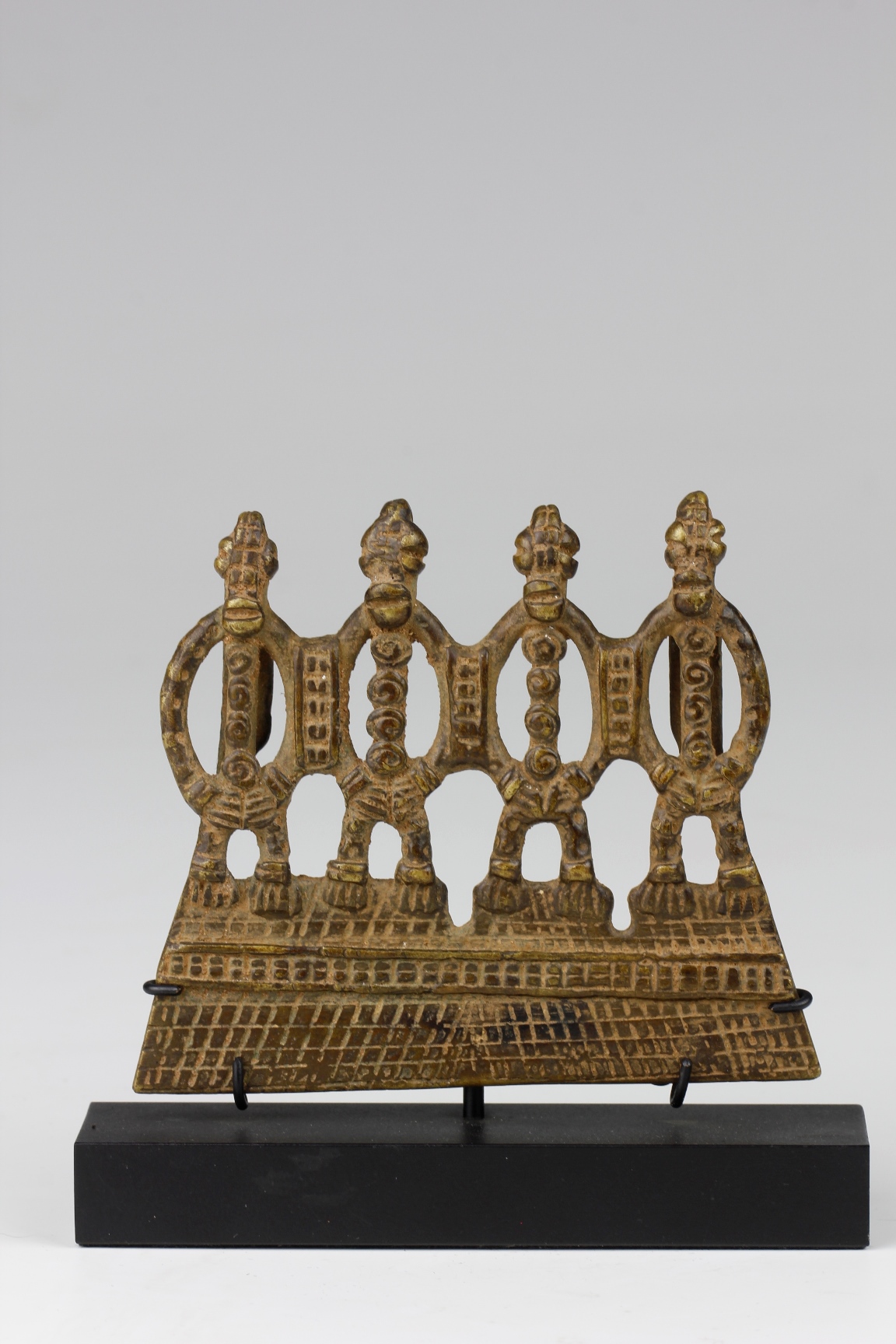 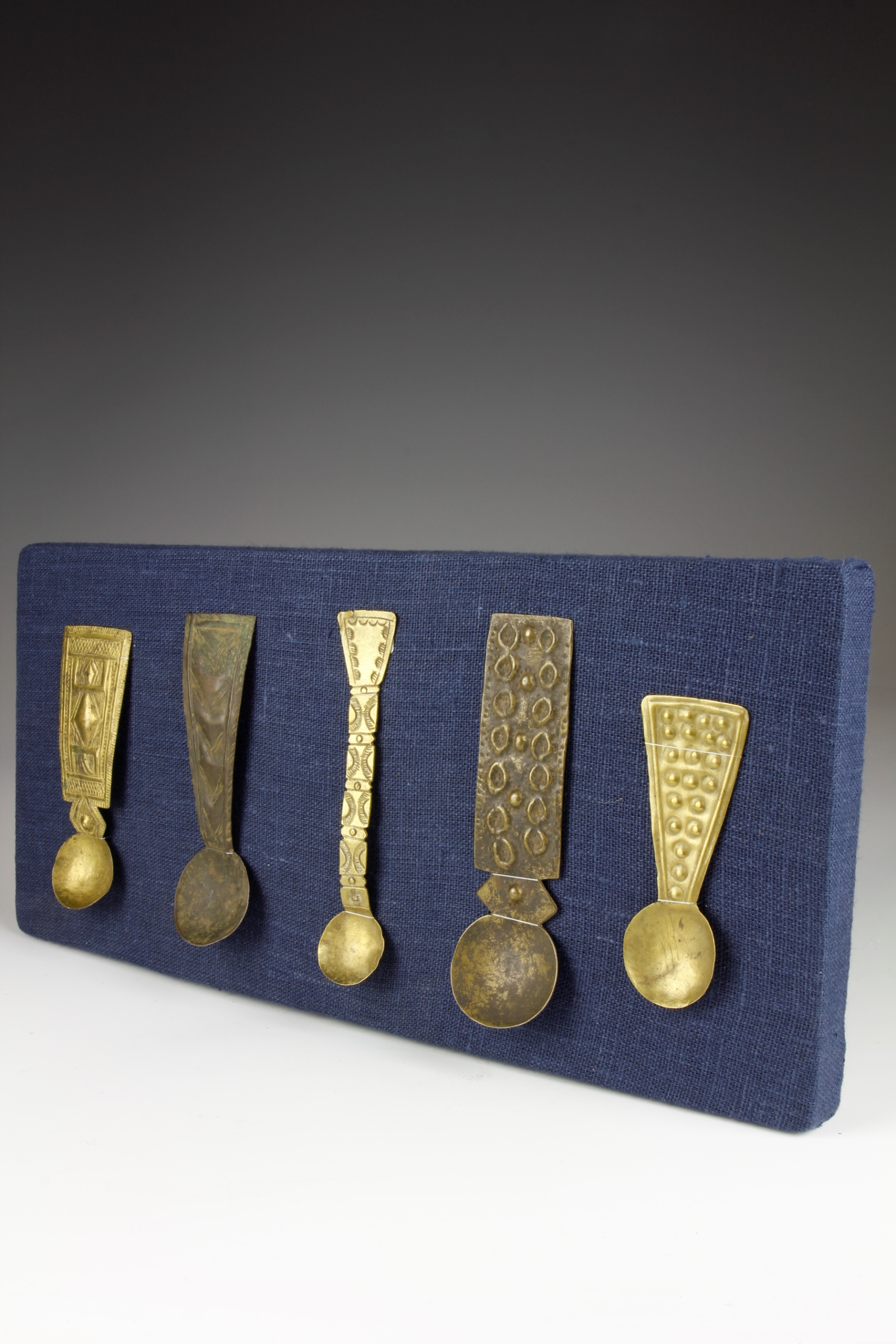