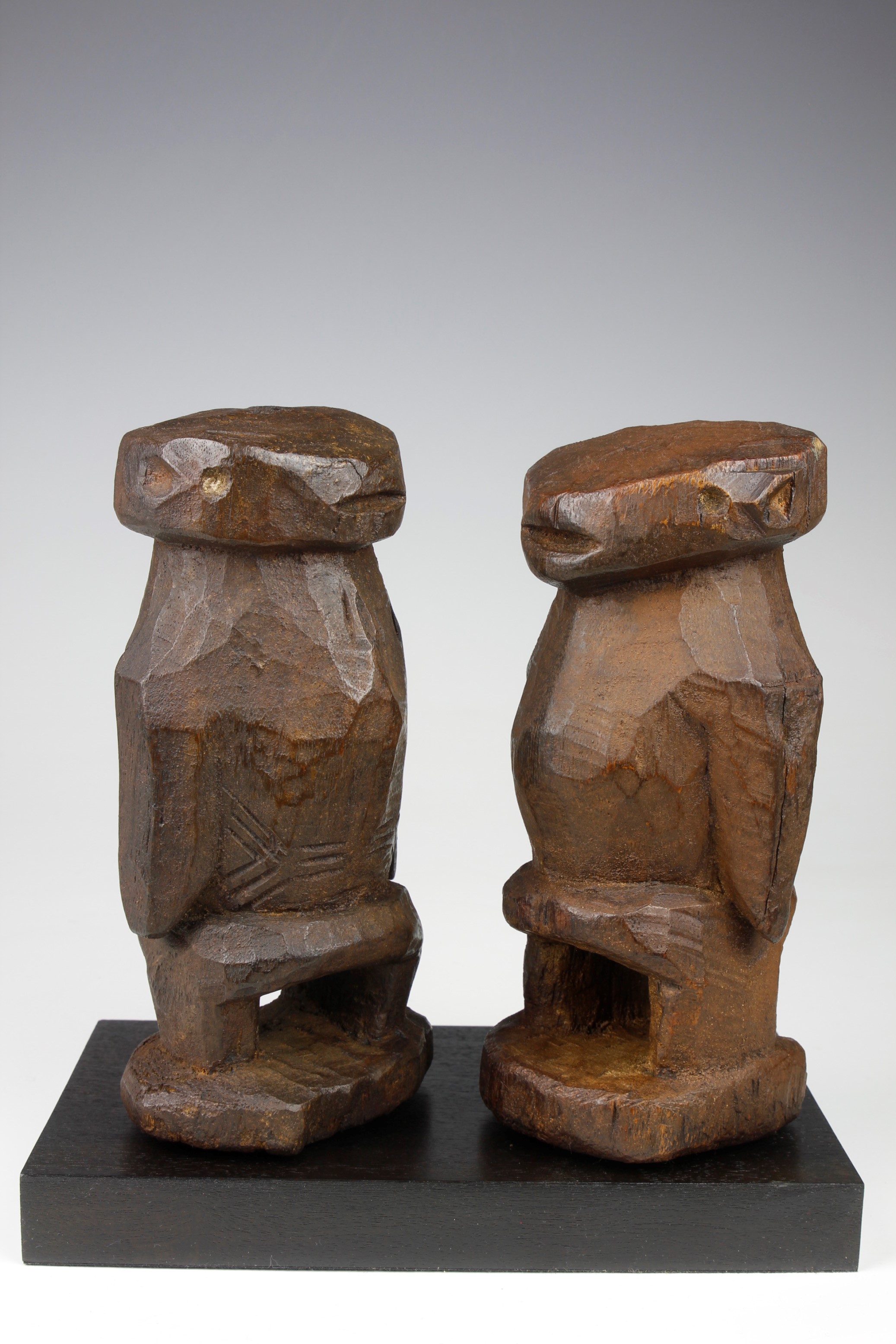 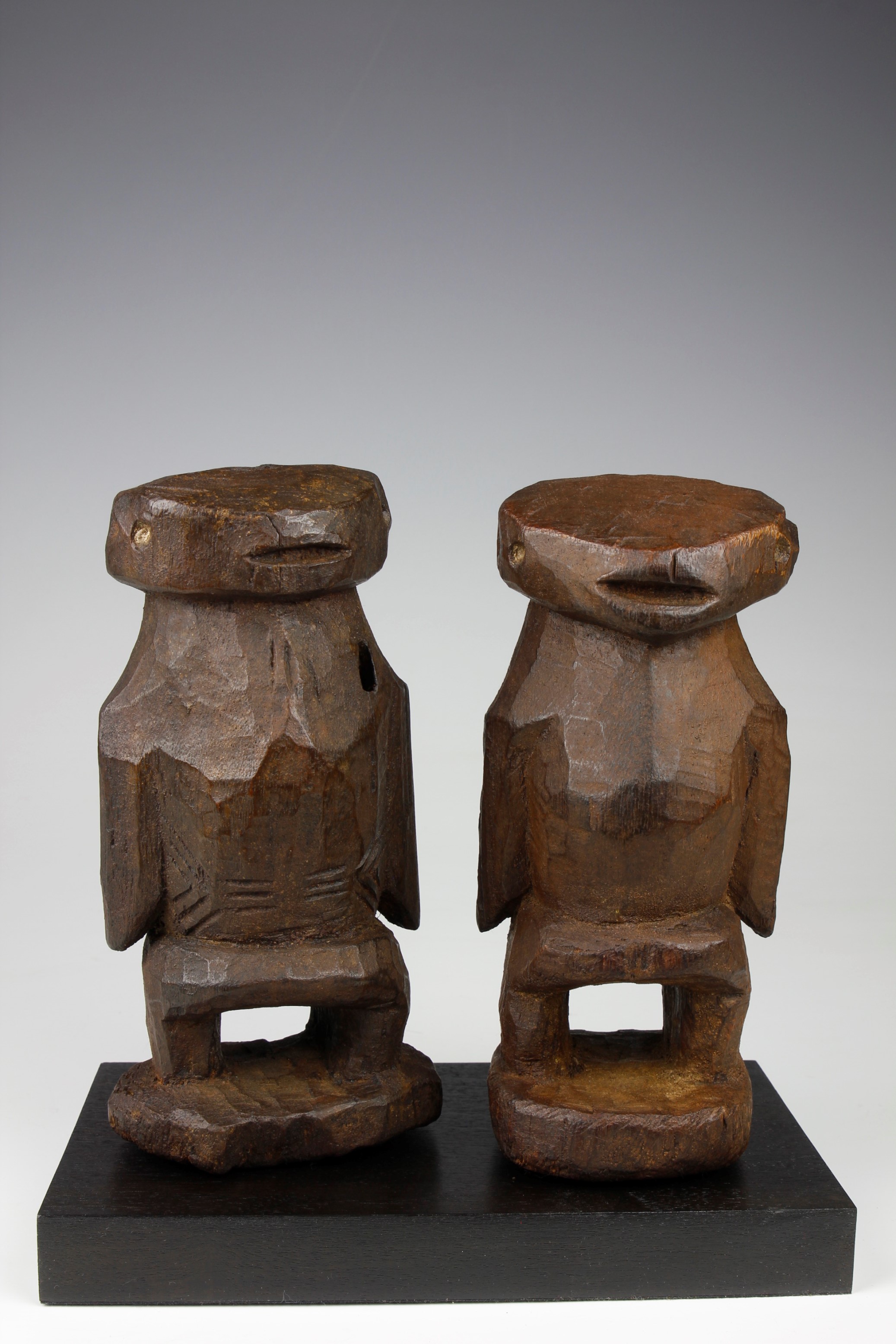 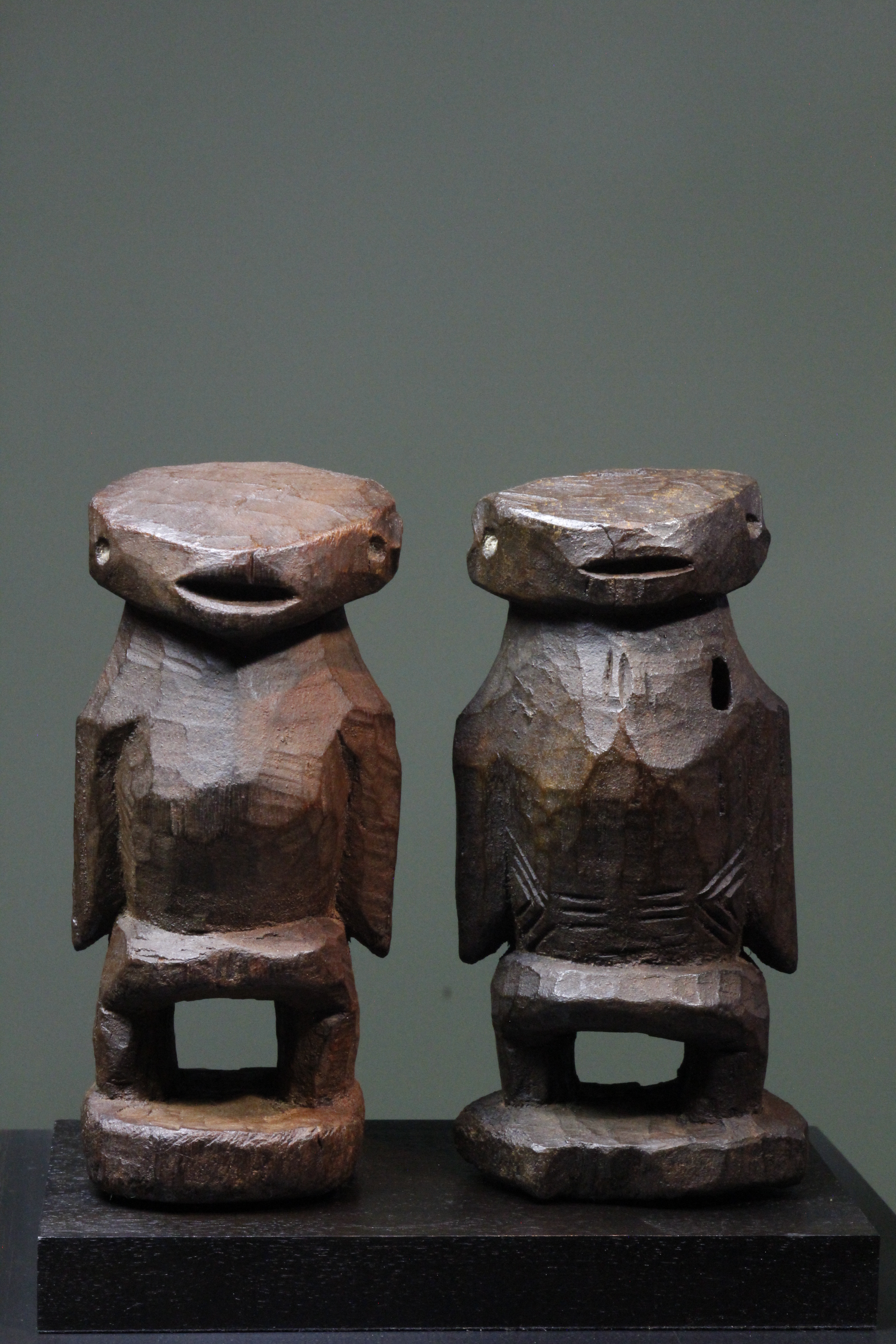 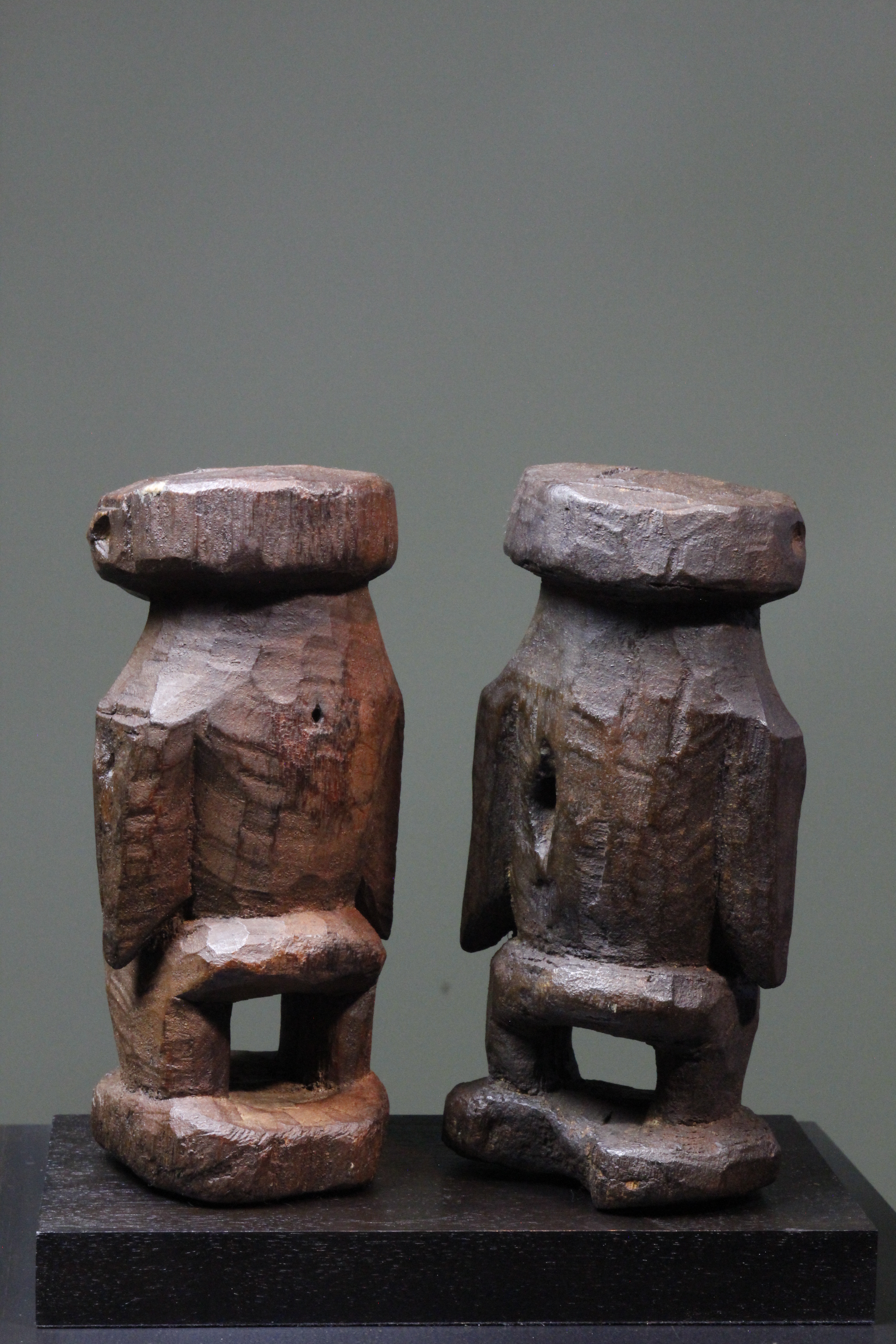 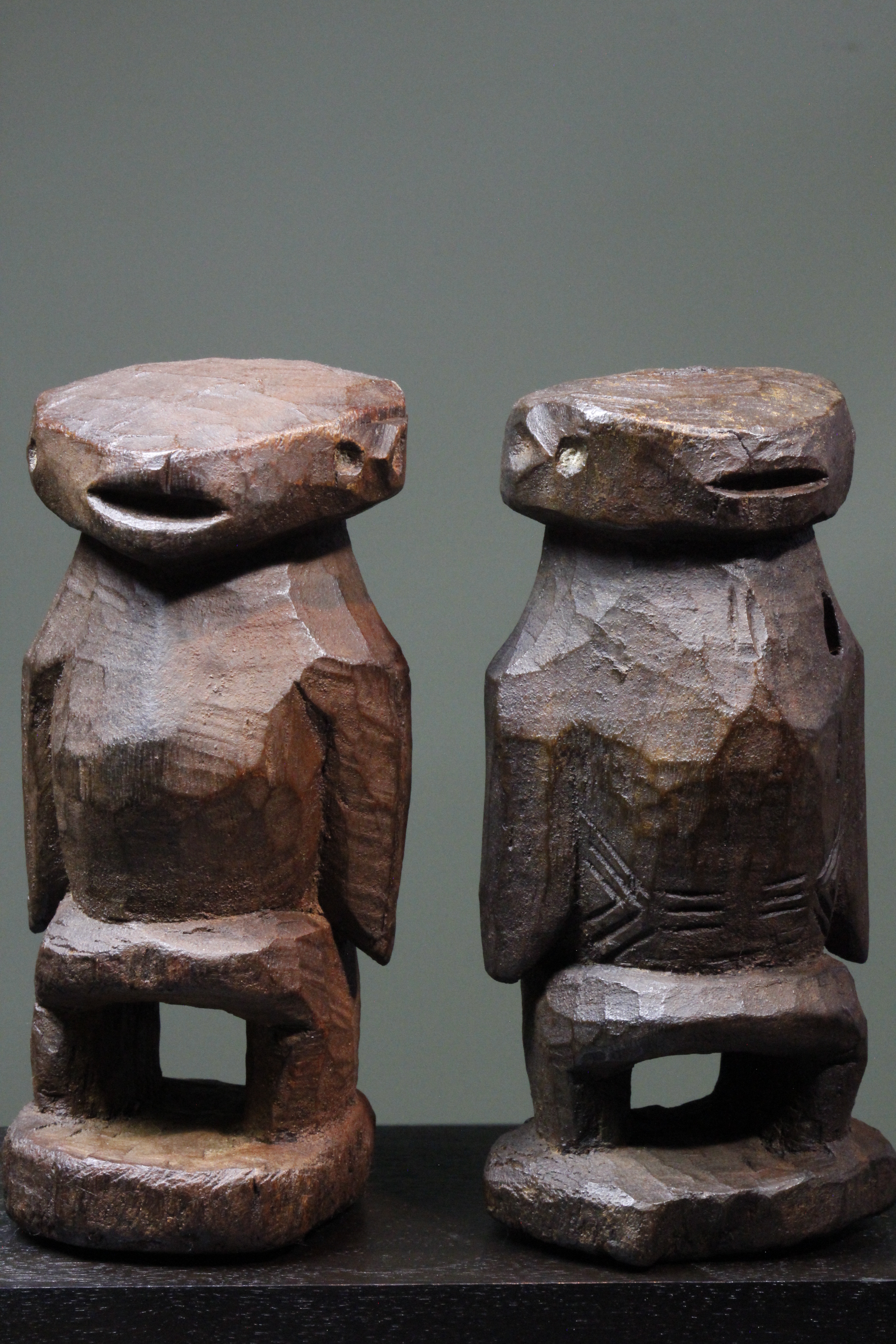 The Losso people live in the plane between the northern Defale mountain chain and southern Kebye massifs, in the Doufelgou prefecture of the Kara region in north-eastern Togo. Each carved from a semi-hard brown wood into a cubist form, these Losso figures display highly abstract features, from the pierced holes representing eyes and stylised incisions resembling mouths to the unusual flattened shape of the figures' heads. The surface of one of the figures is decorated with etched geometric patterns.

Figures displaying the same type of flattened head were collected from the Lamba region - neighbouring that of the Losso in northern Togo - as far back as 1899 by colonial administrators. According to the specialist Pierre Amrouche, who exhibited figures from the Losso and Lamba regions at the 2008 Parcours de Monde, these figures were possibly used to replace deceased twins (rimpu or dumbia) or to provide a home to spirits (alua or rana) or ancestors. 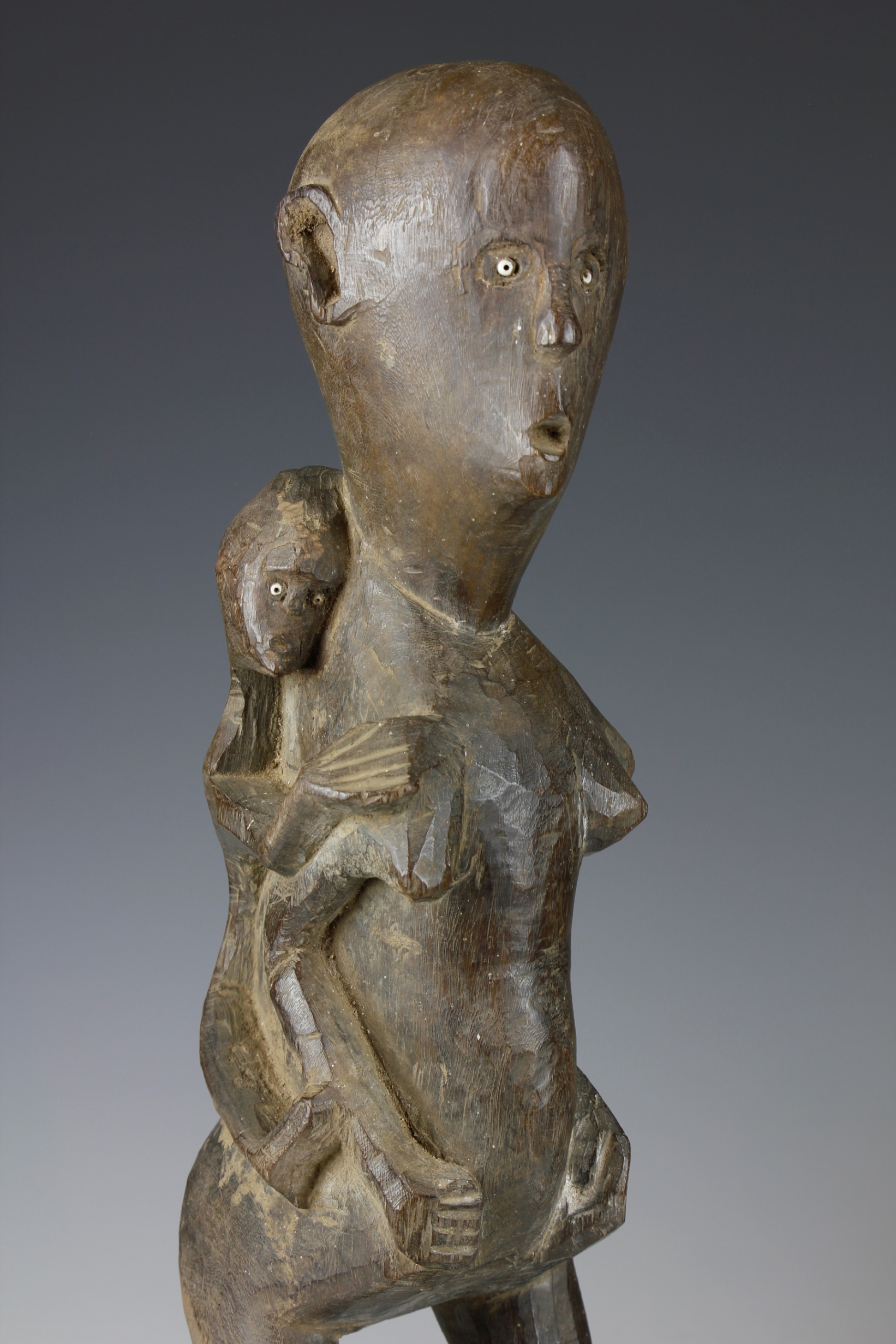