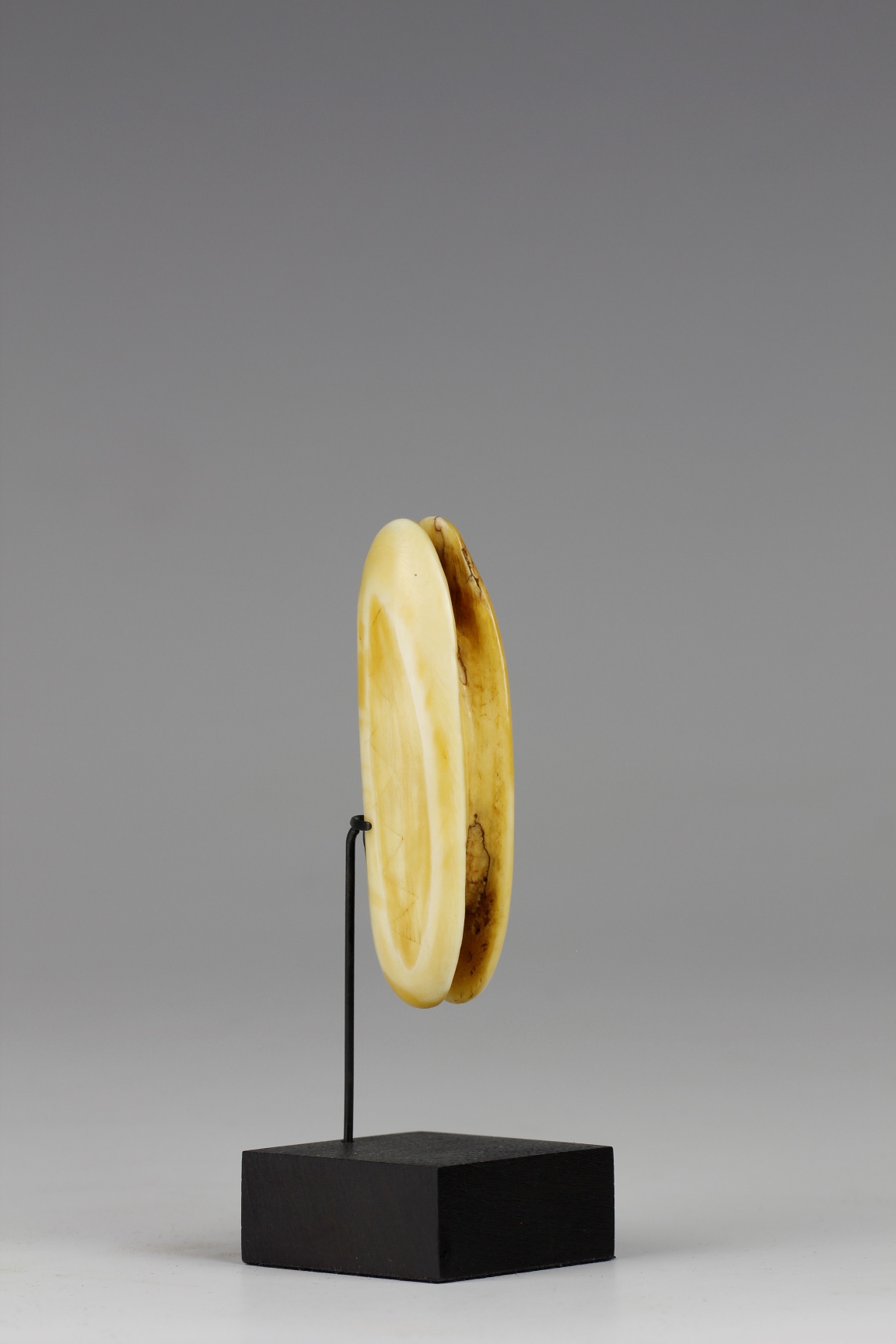 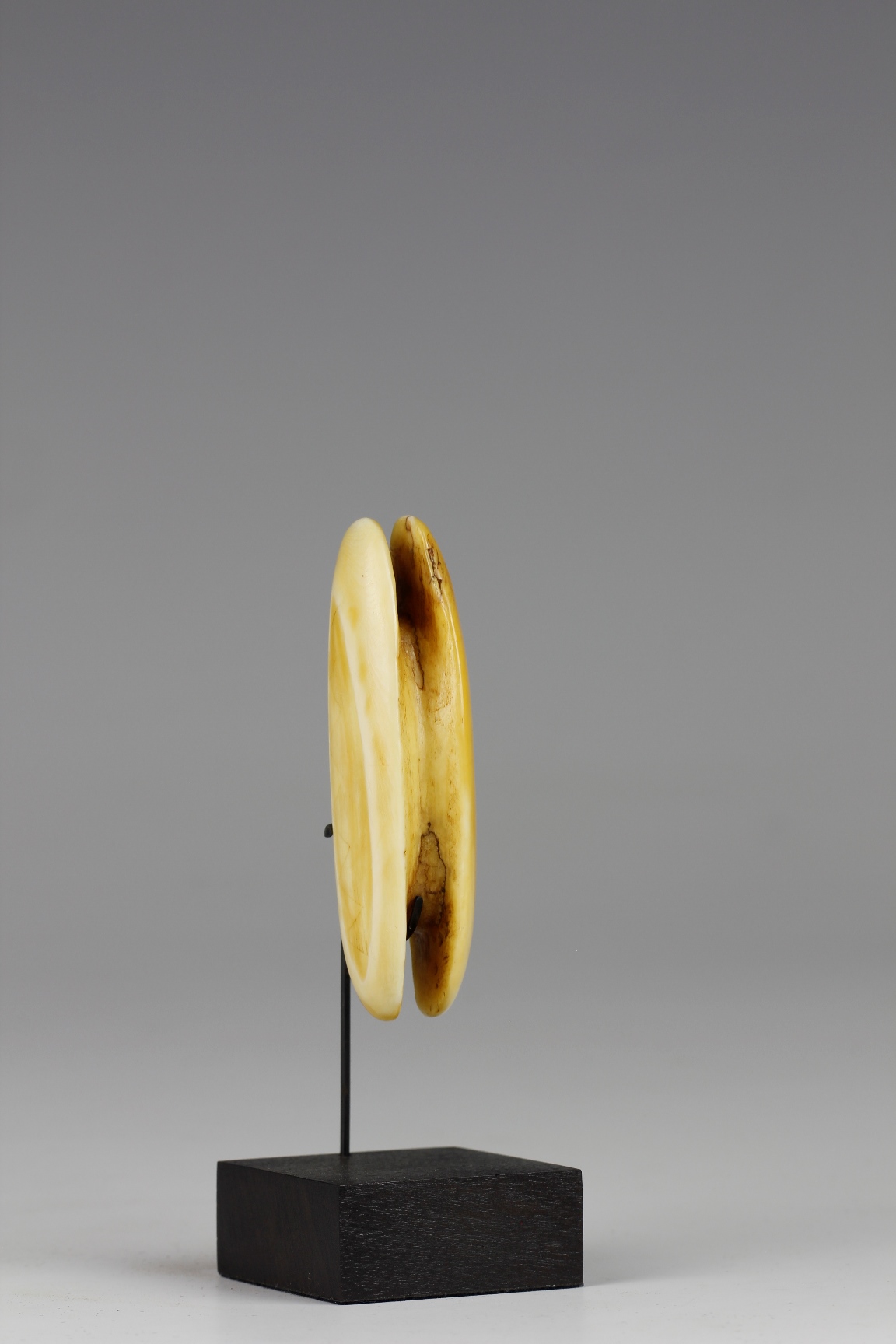 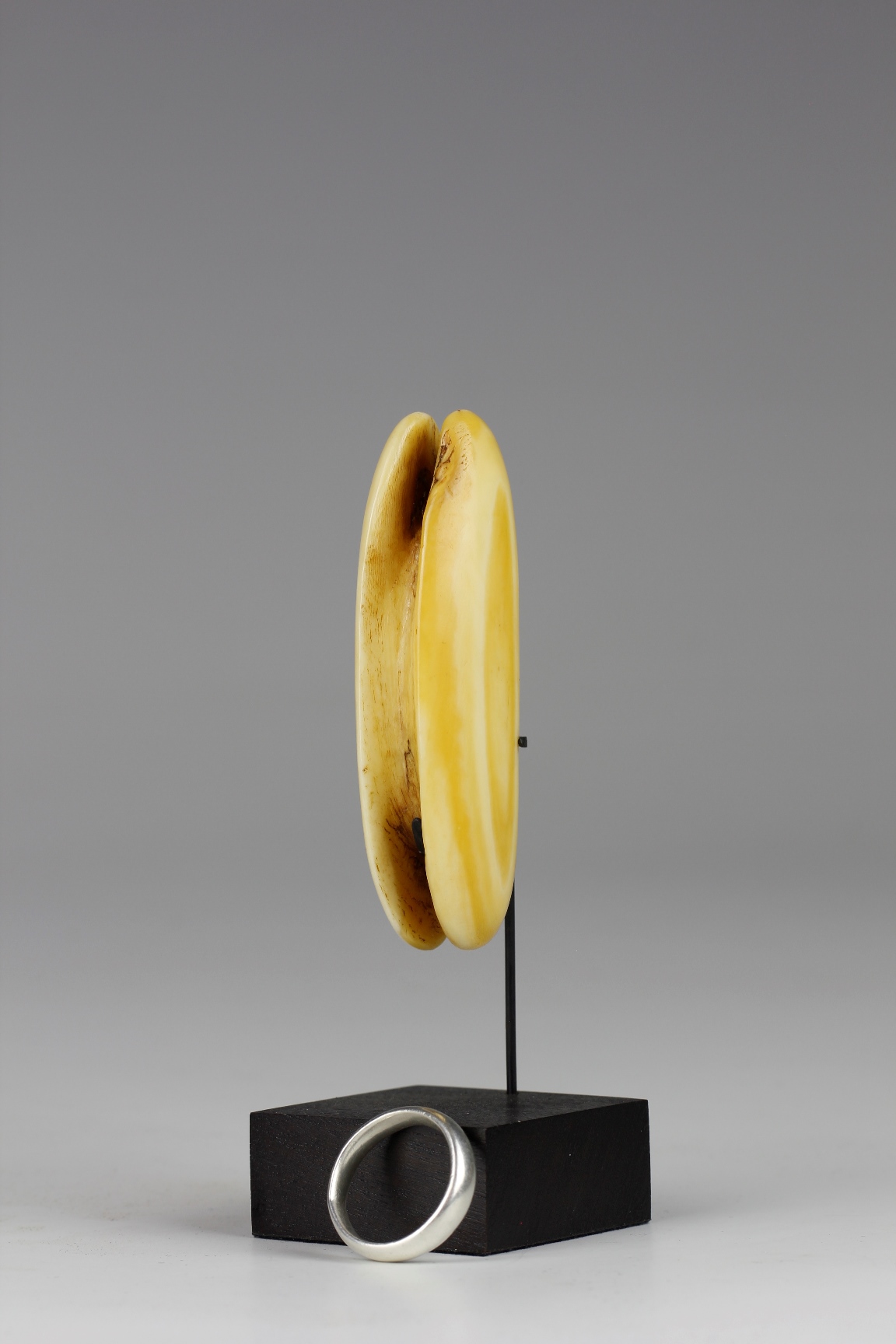 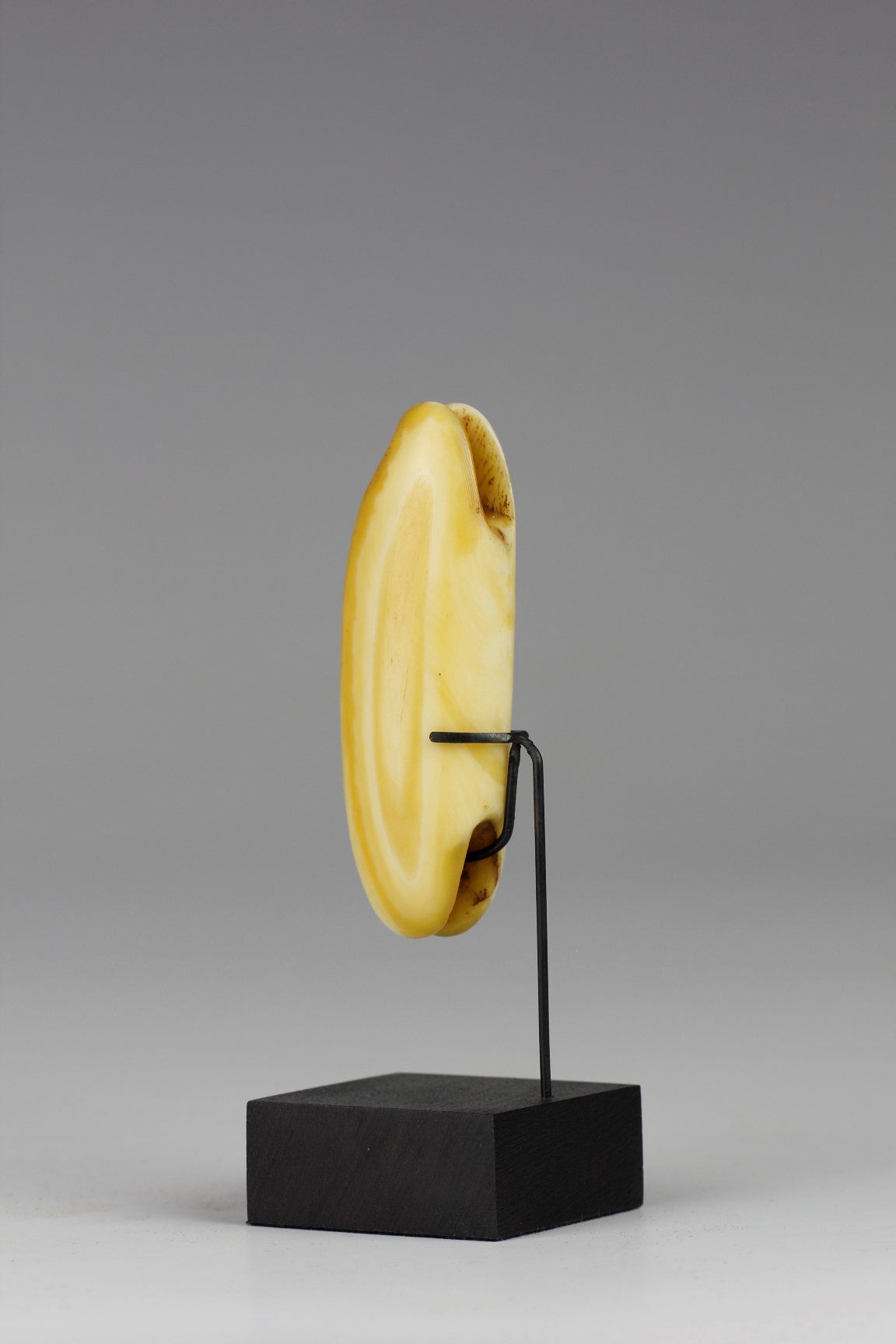 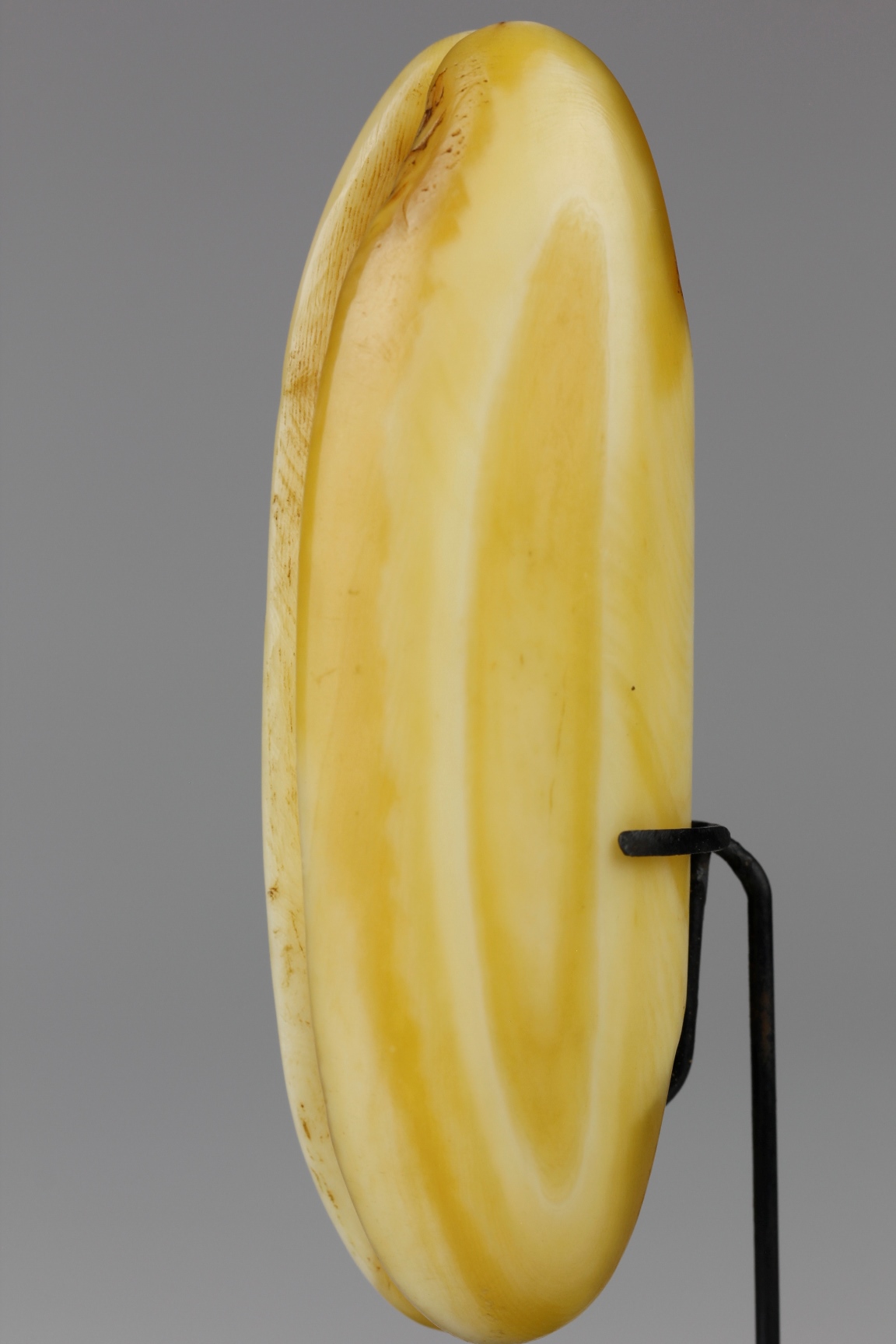 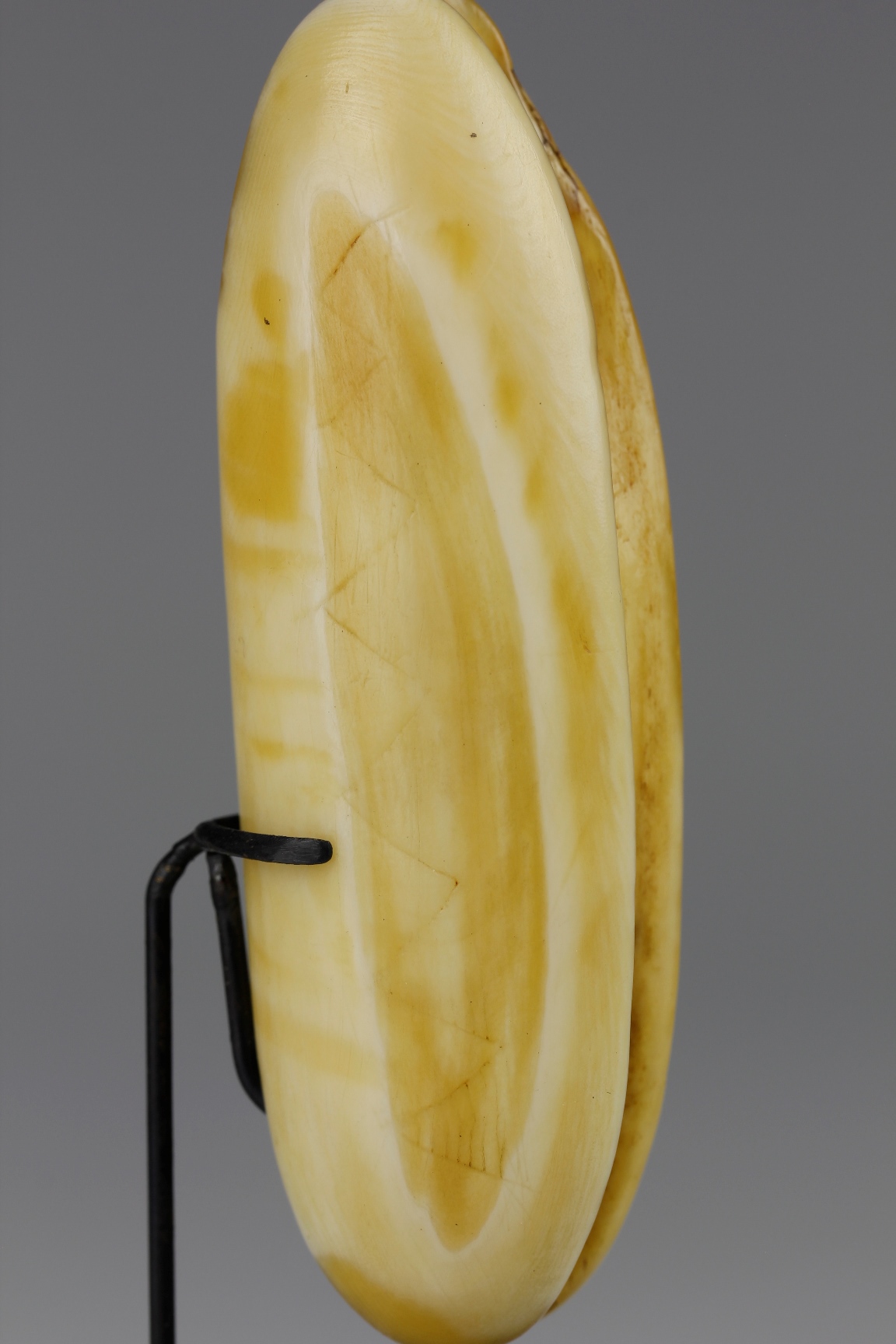 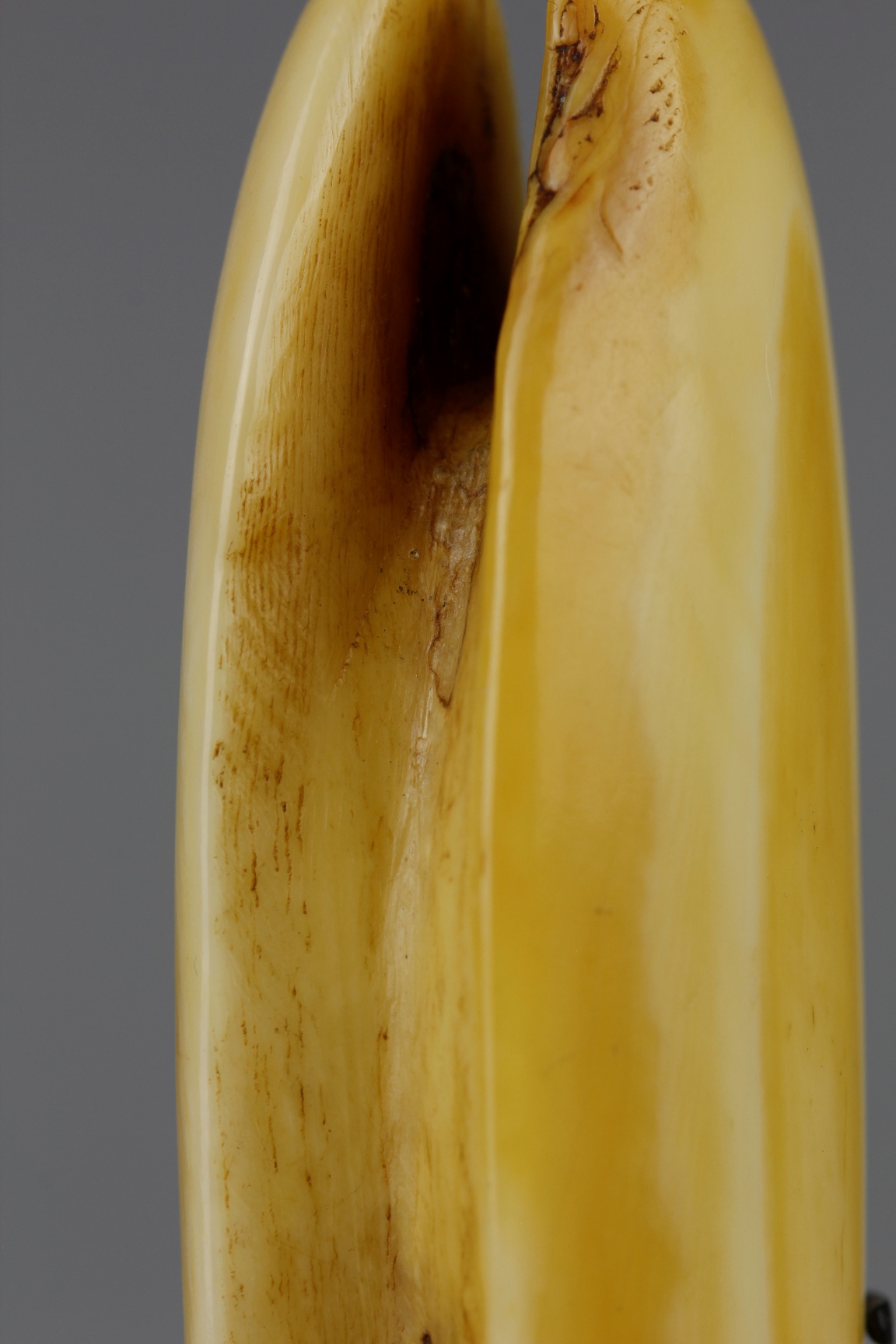 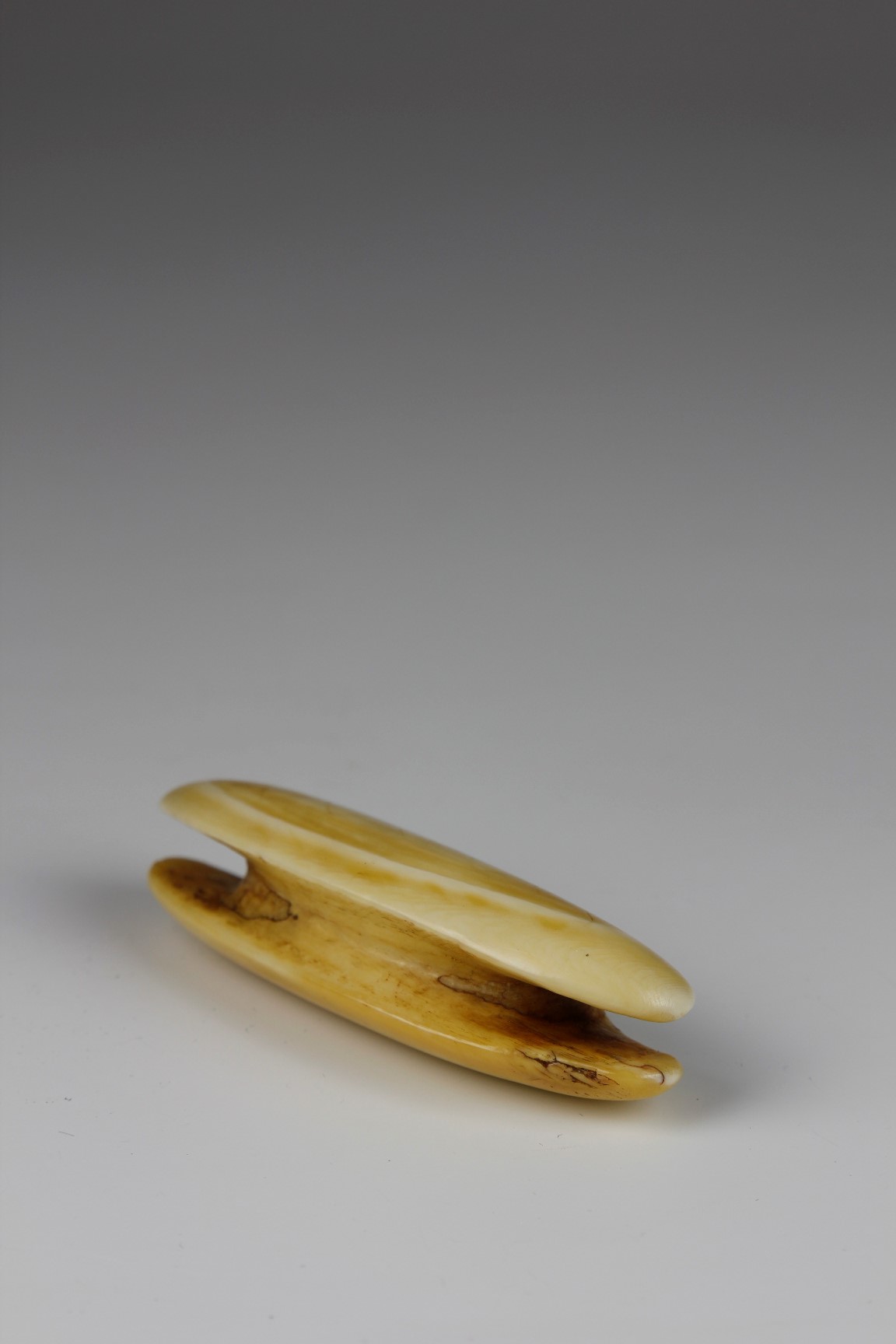 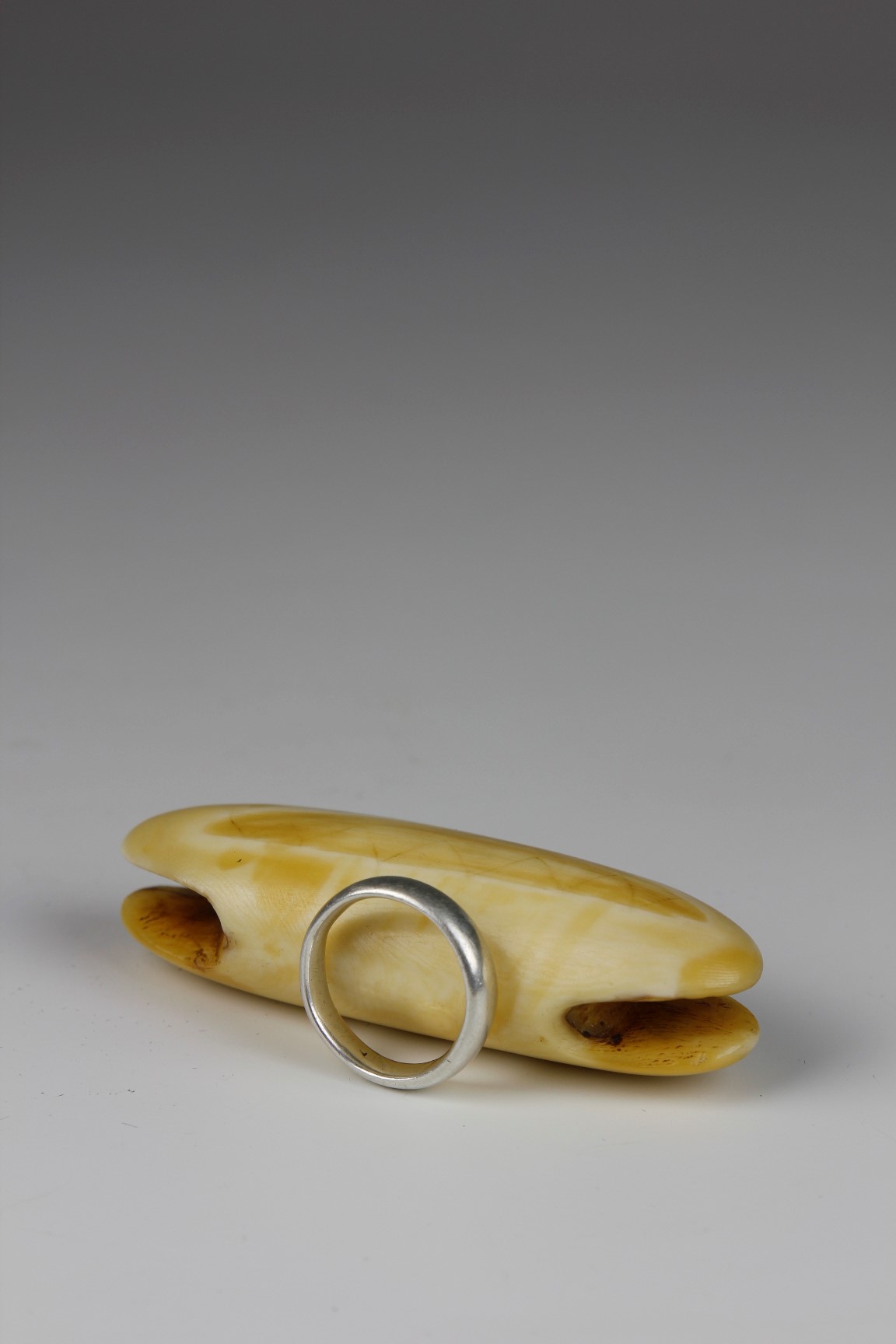 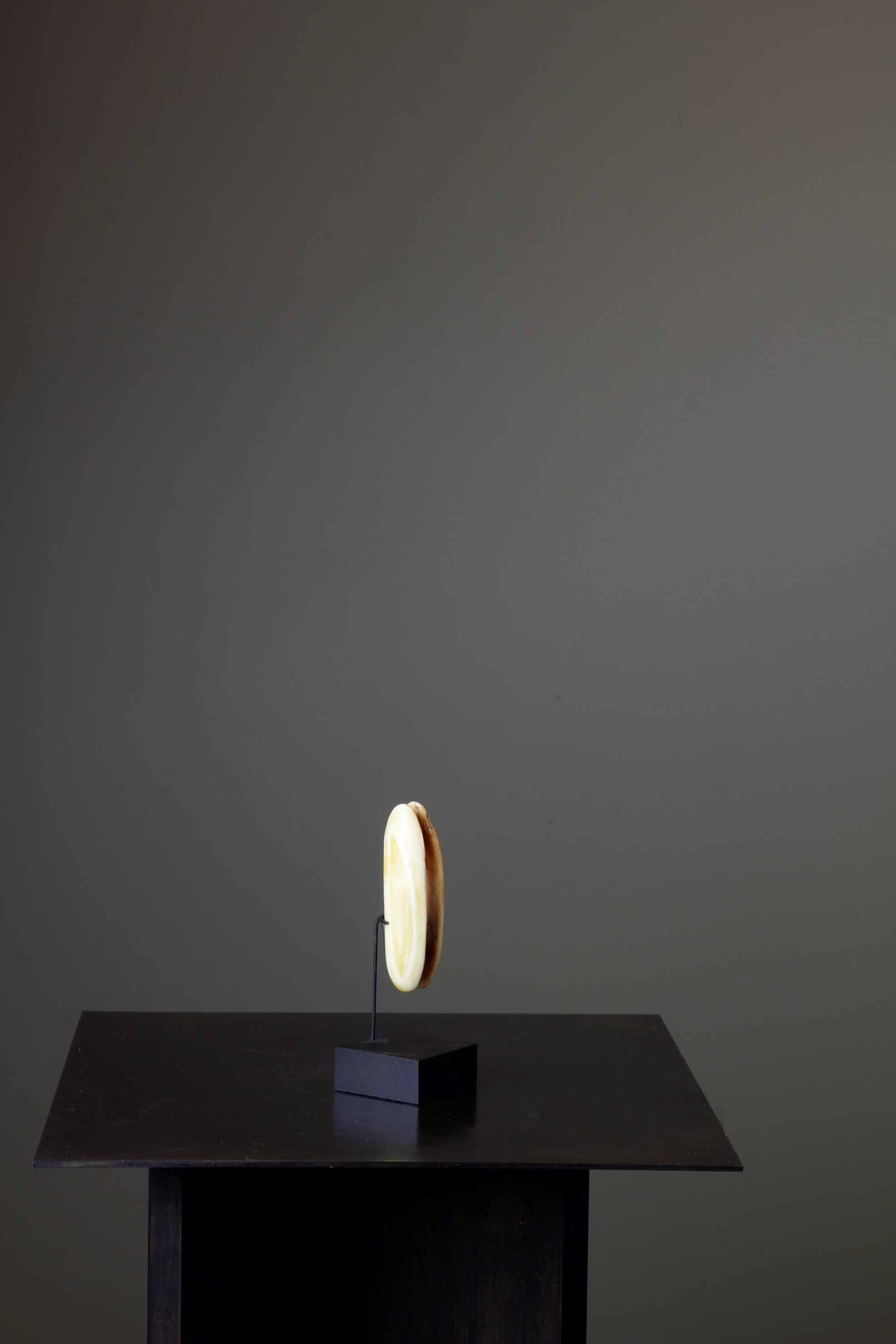 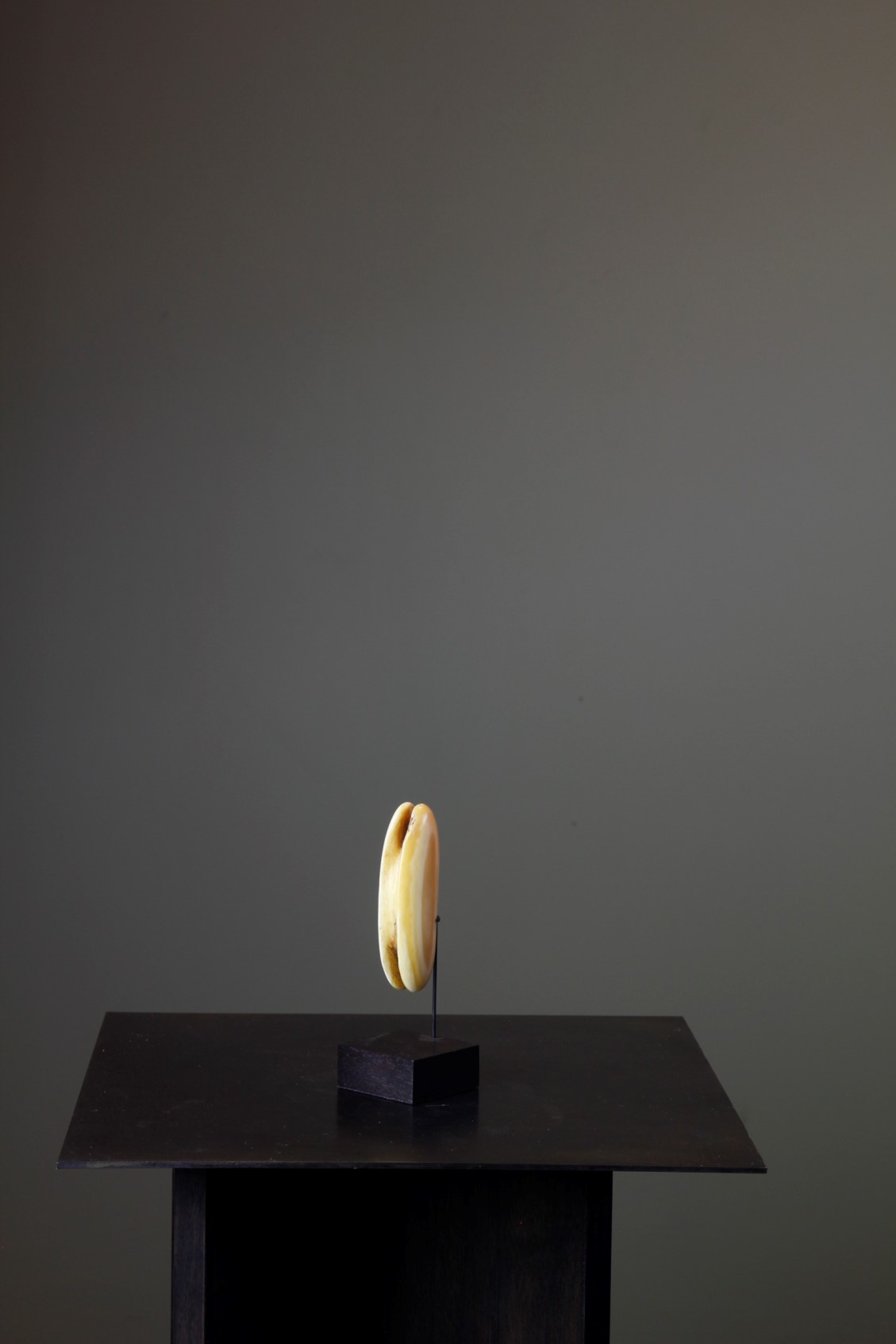 This small ear adornment has been carved from tooth - possibly hippopotamus tooth. In the past, only Maasai warriors had the right to wear similar single ornaments in their distended ear lobes. One side of the adornment features a finely incised zigzag decoration, running down the centre of the piece, which has worn and become more subtle over time. This design, on the front of the adornment, would have been visible when worn in the ear of the warrior.

This particular Maasai ear adornment came from a convent in Scotland, UK. In roughly over three decades of dealing, Bryan has only handled four such examples of Maasai ear adornments, which have all derived from English colonial collections. Whilst similar pieces - from the Colette and Jean-Pierre Ghysels collection - have been published in Anne van Cutsem’s A World of Earrings: Africa, Asia, America (2003), it is extremely hard to find other known published examples.