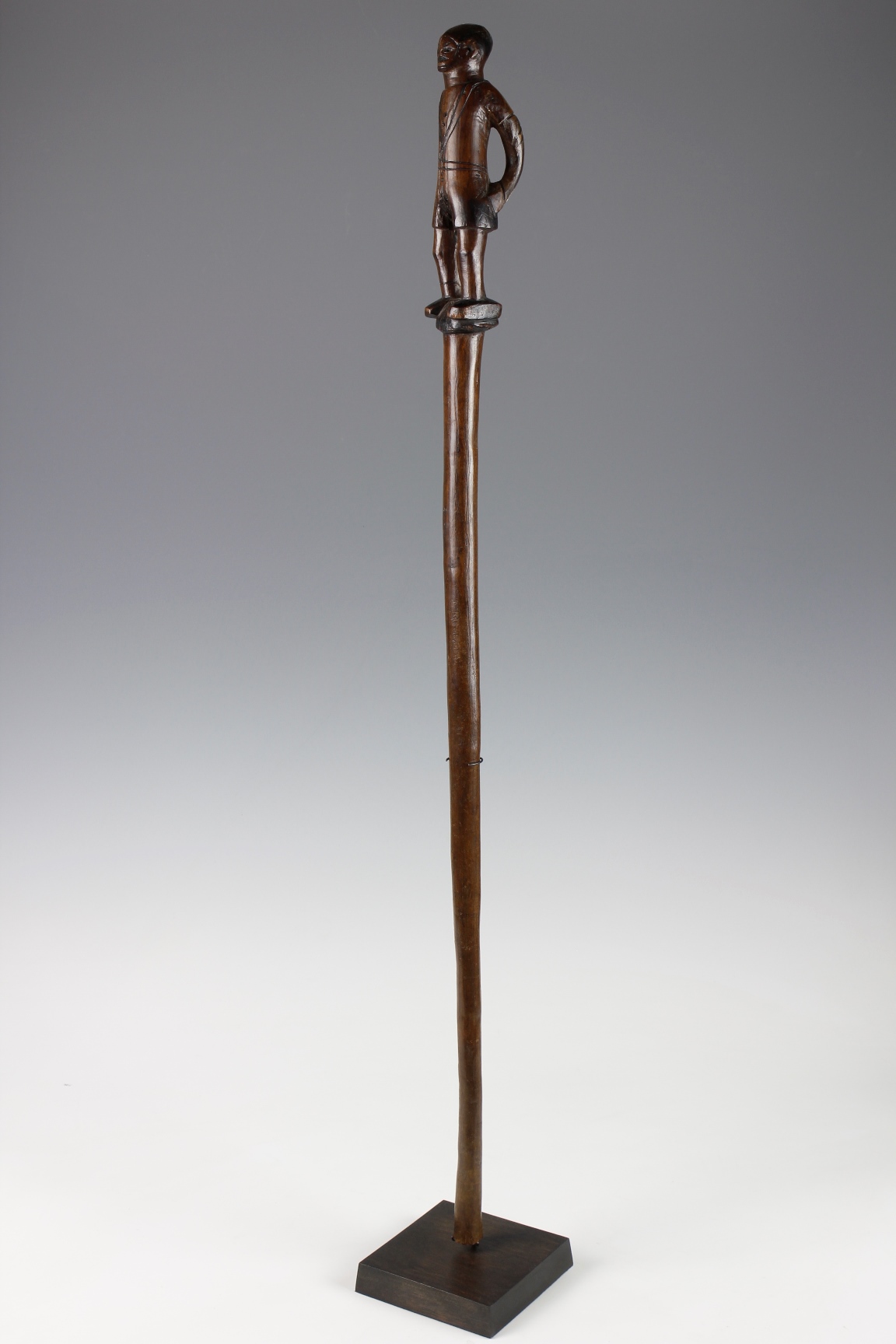 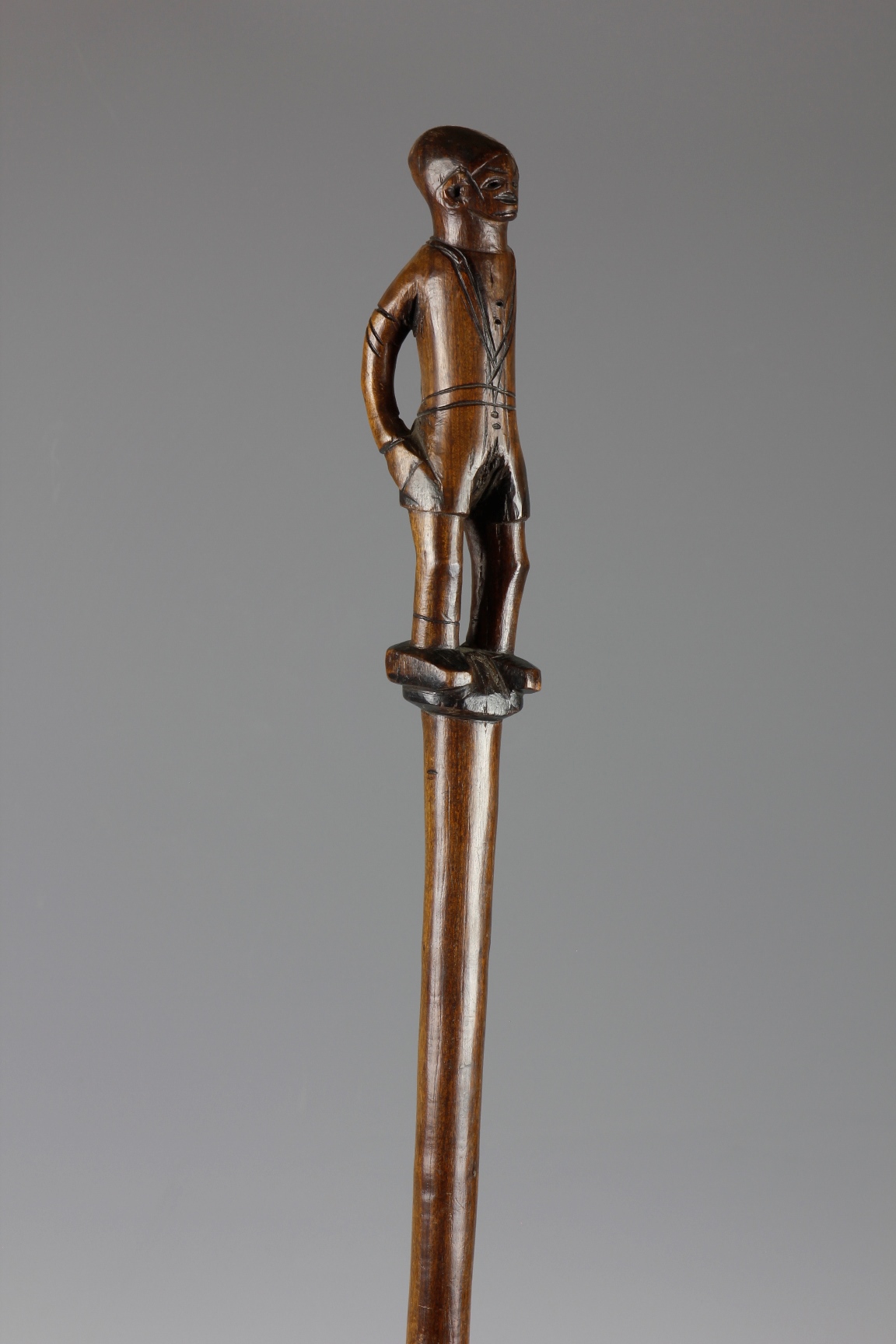 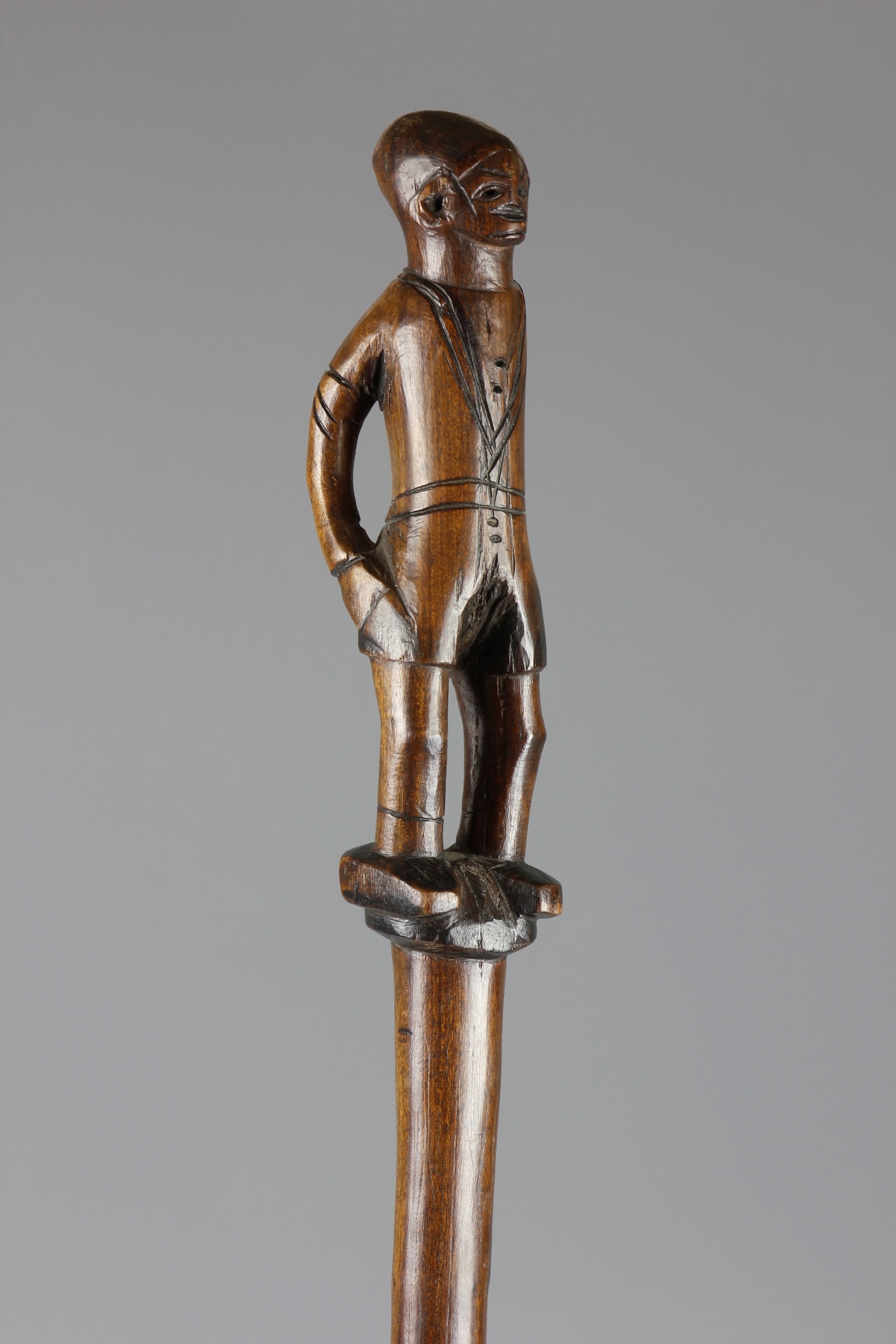 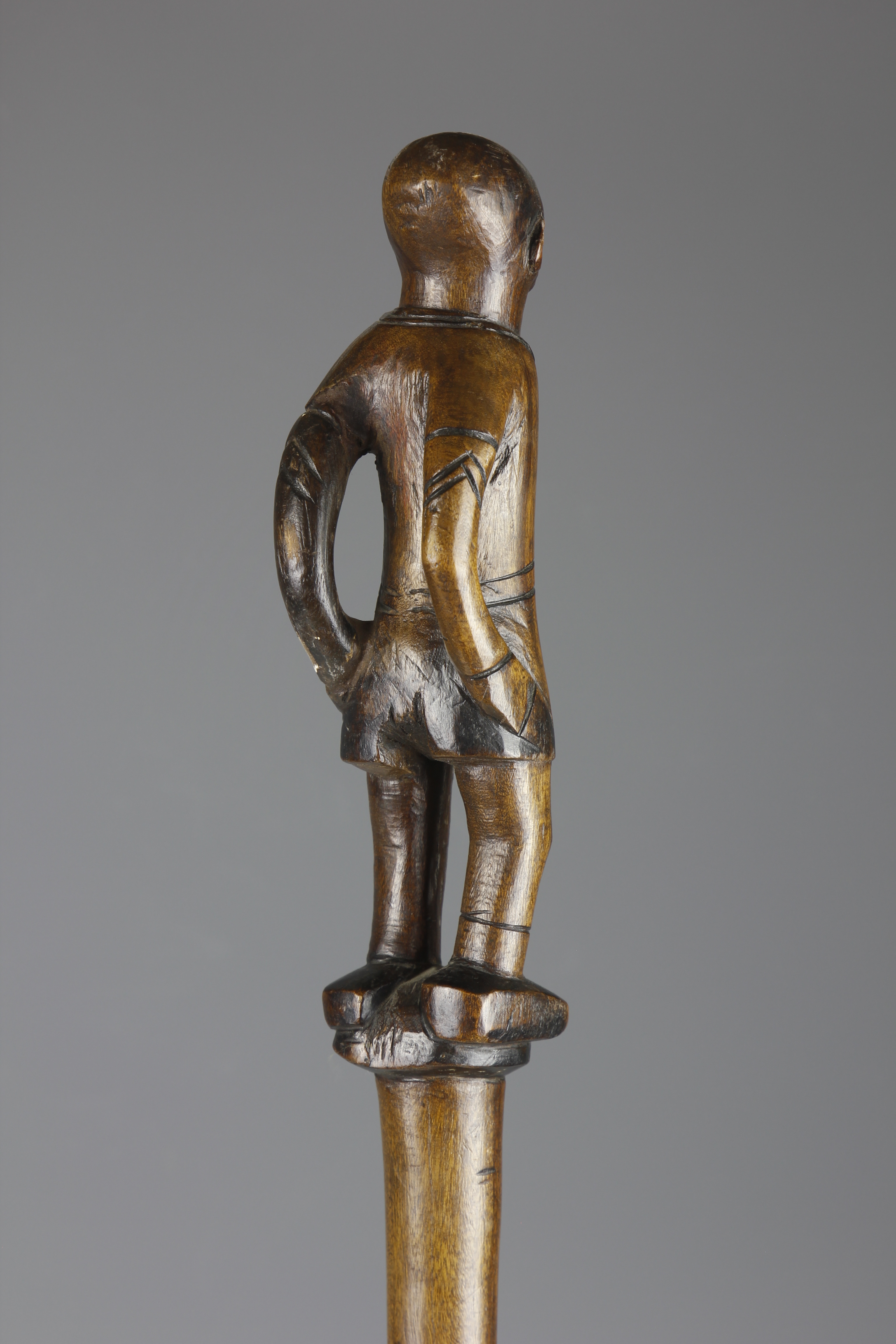 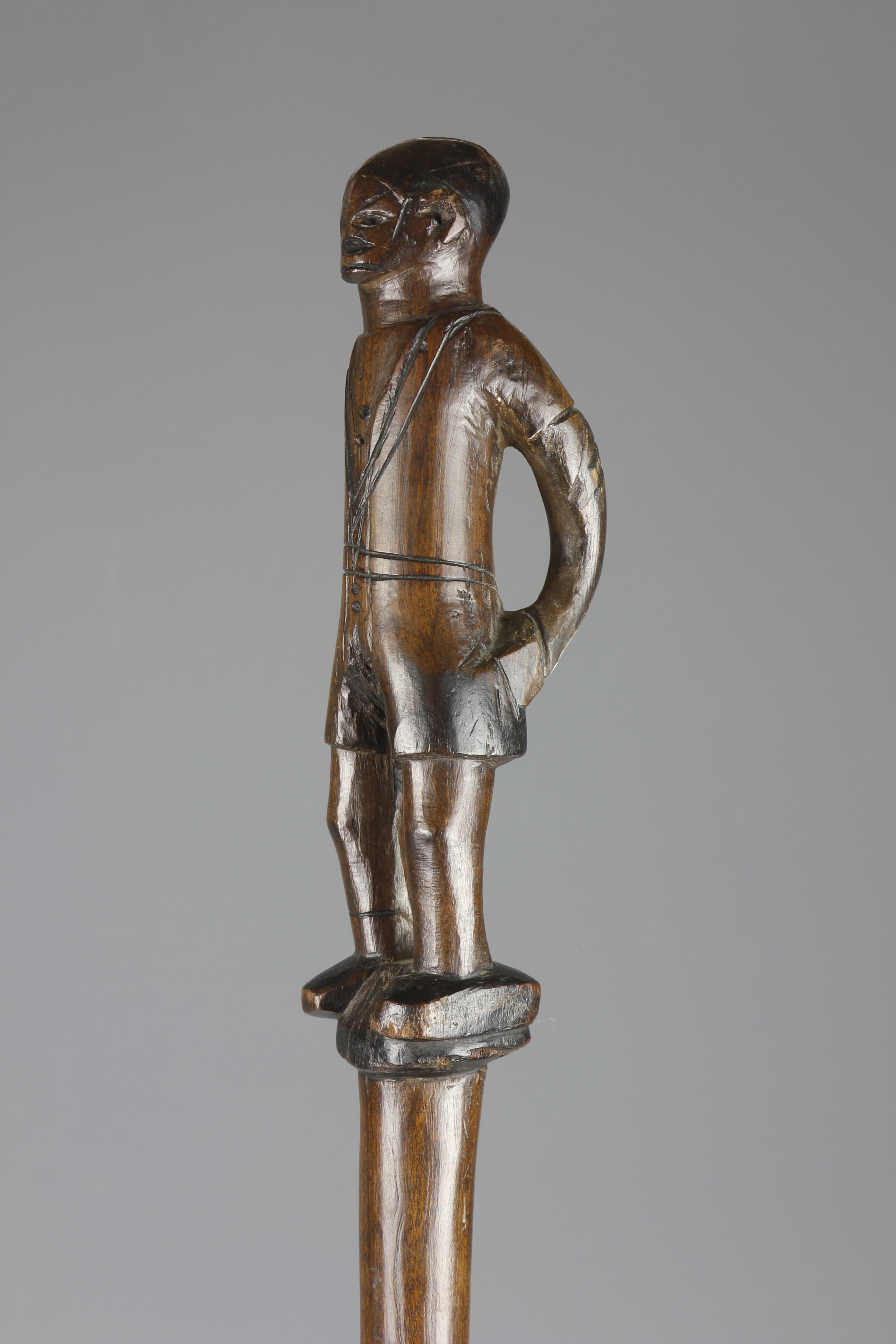 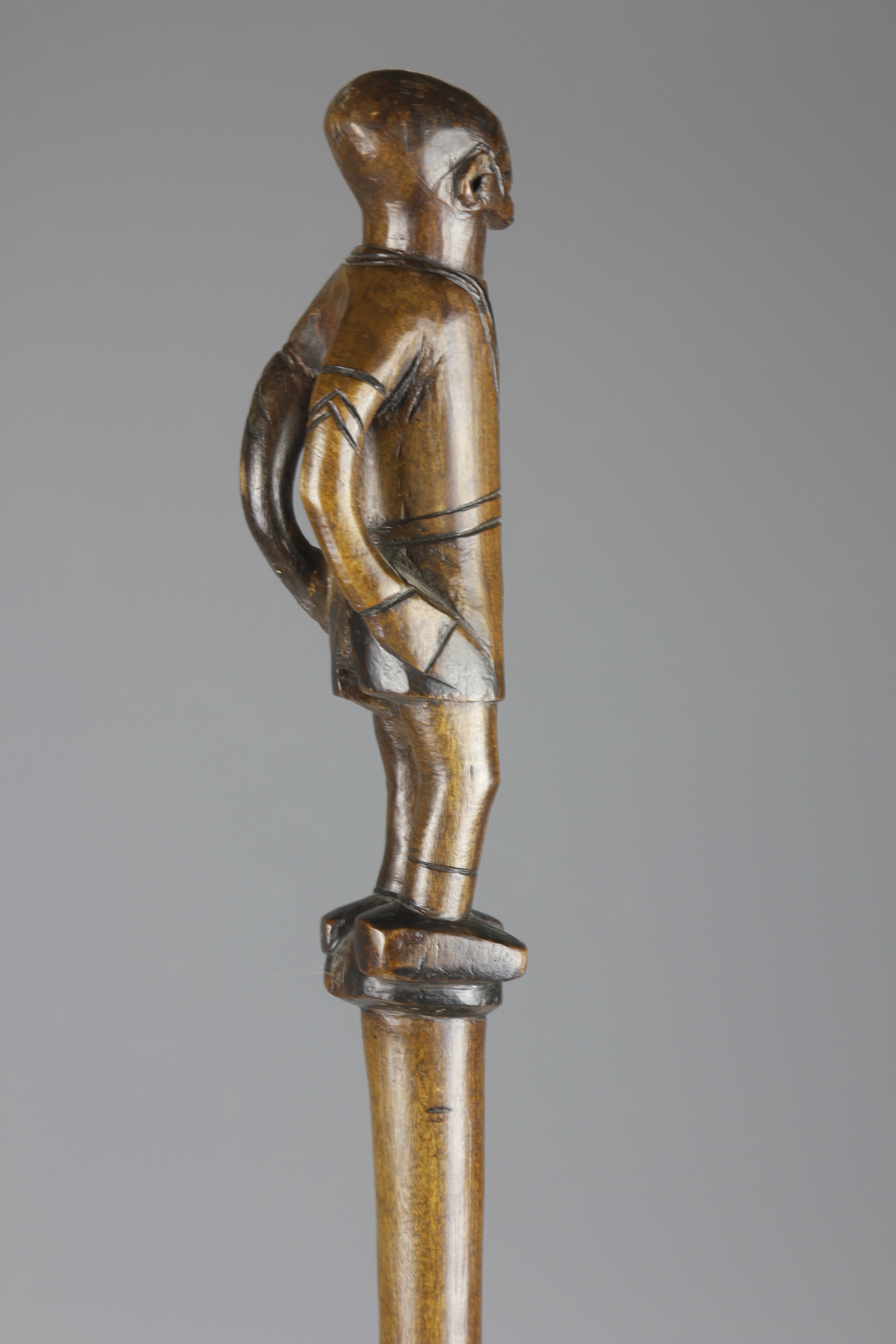 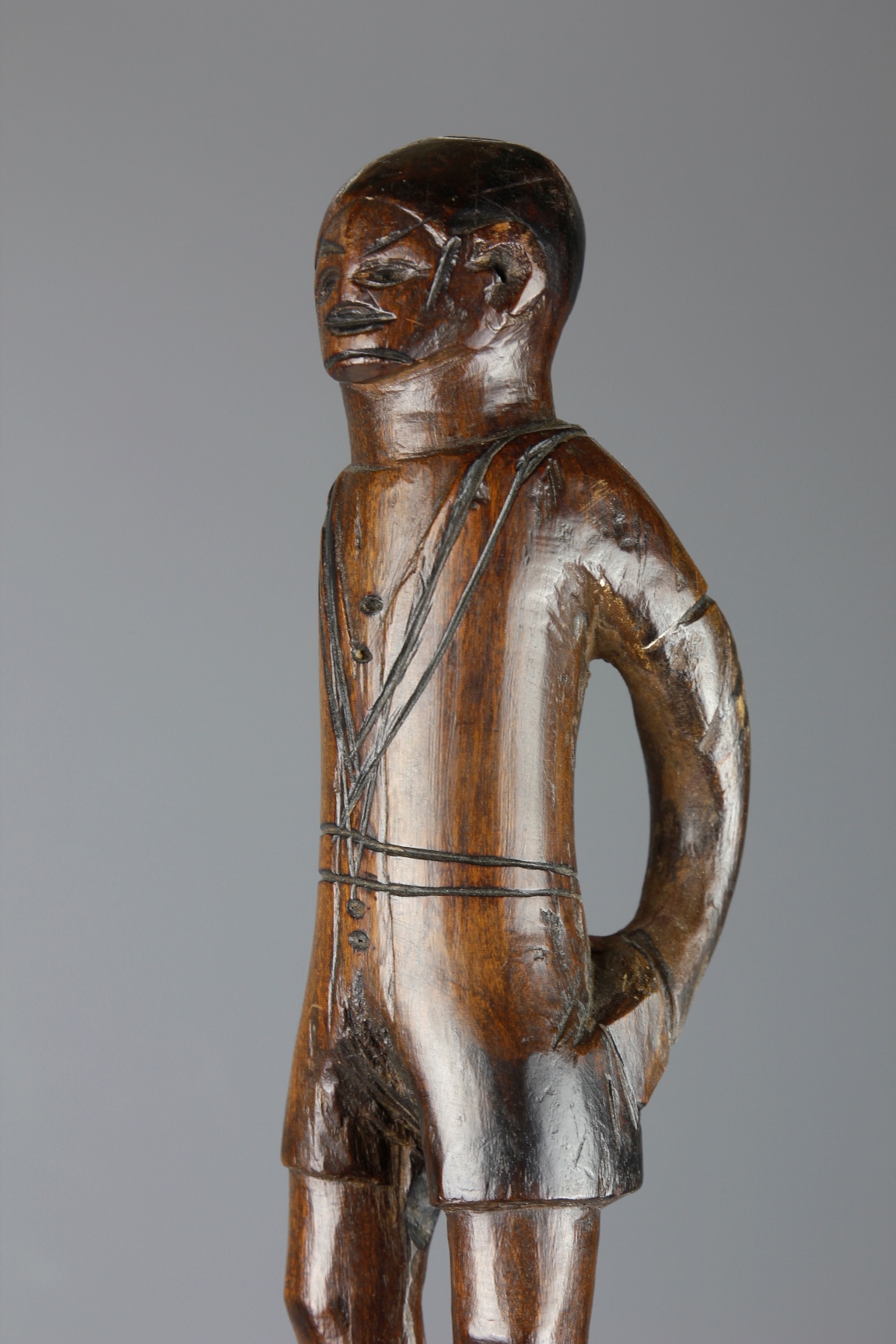 This fine Chokwe title staff depicts a male figure dressed in an early colonial uniform. The figure, wearing shorts and a buttoned waistcoat, stands in an unusual posture with both arms bent backwards resting on his behind. Over time, the surface of the staff has developed a lovely golden patina. 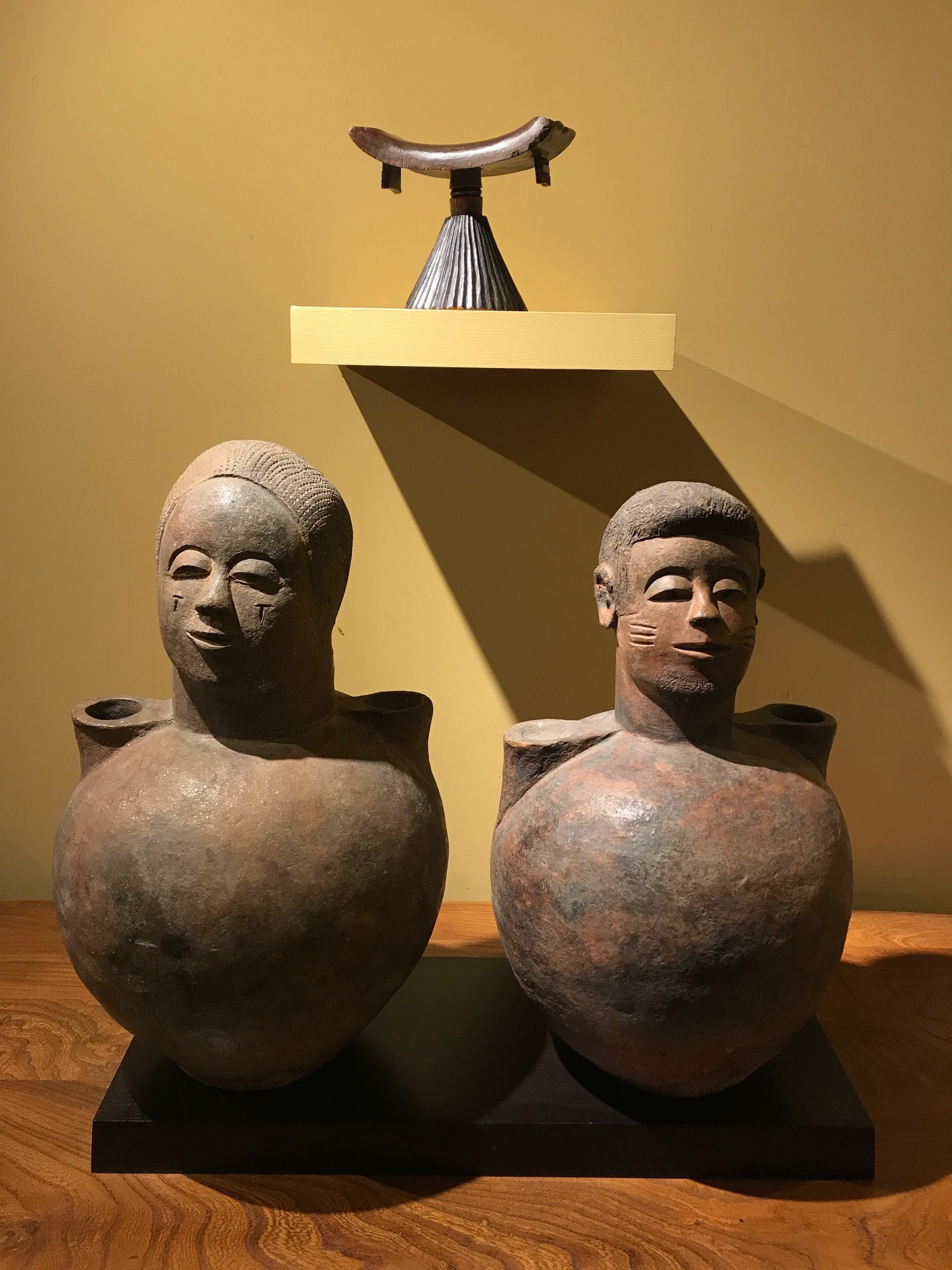 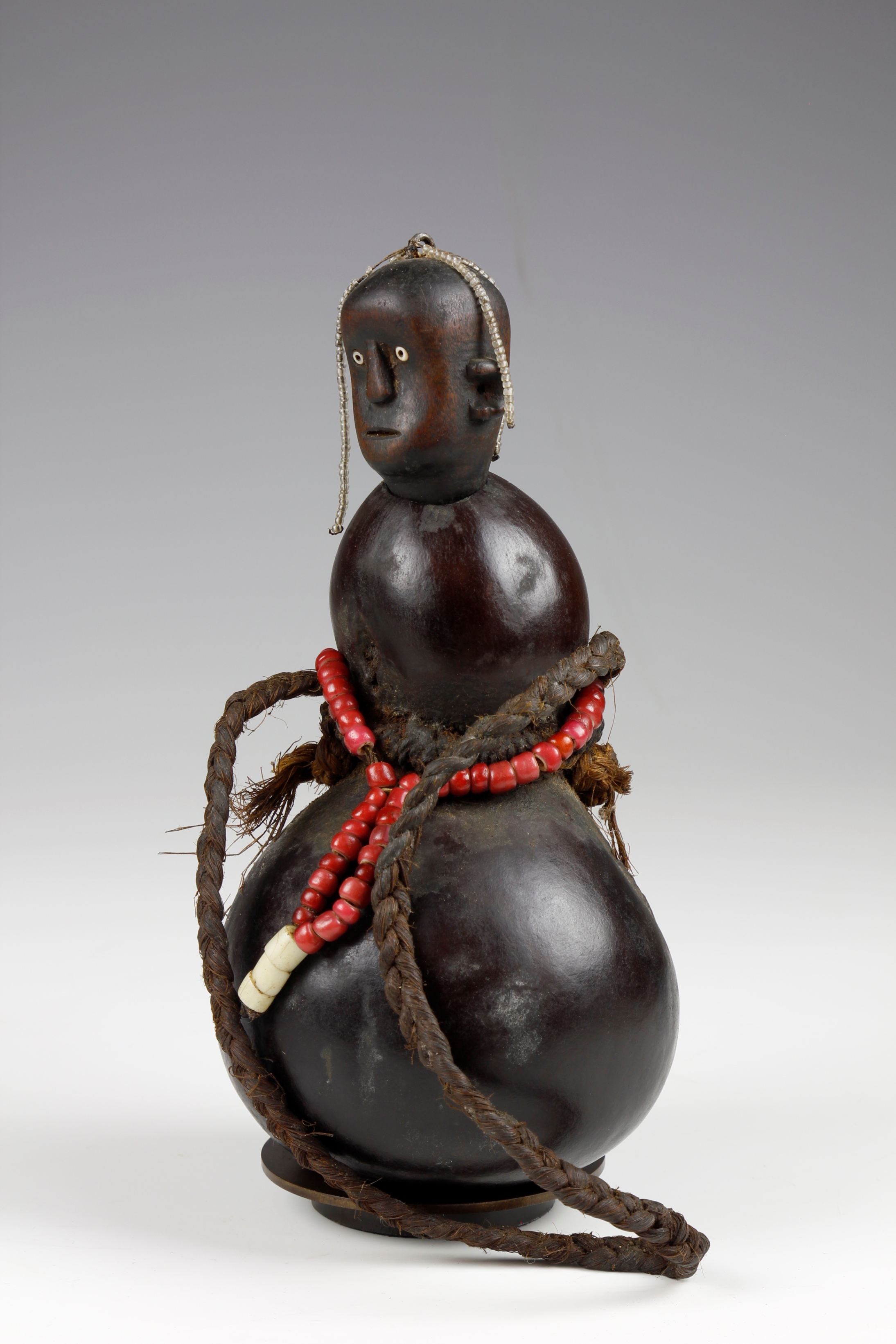 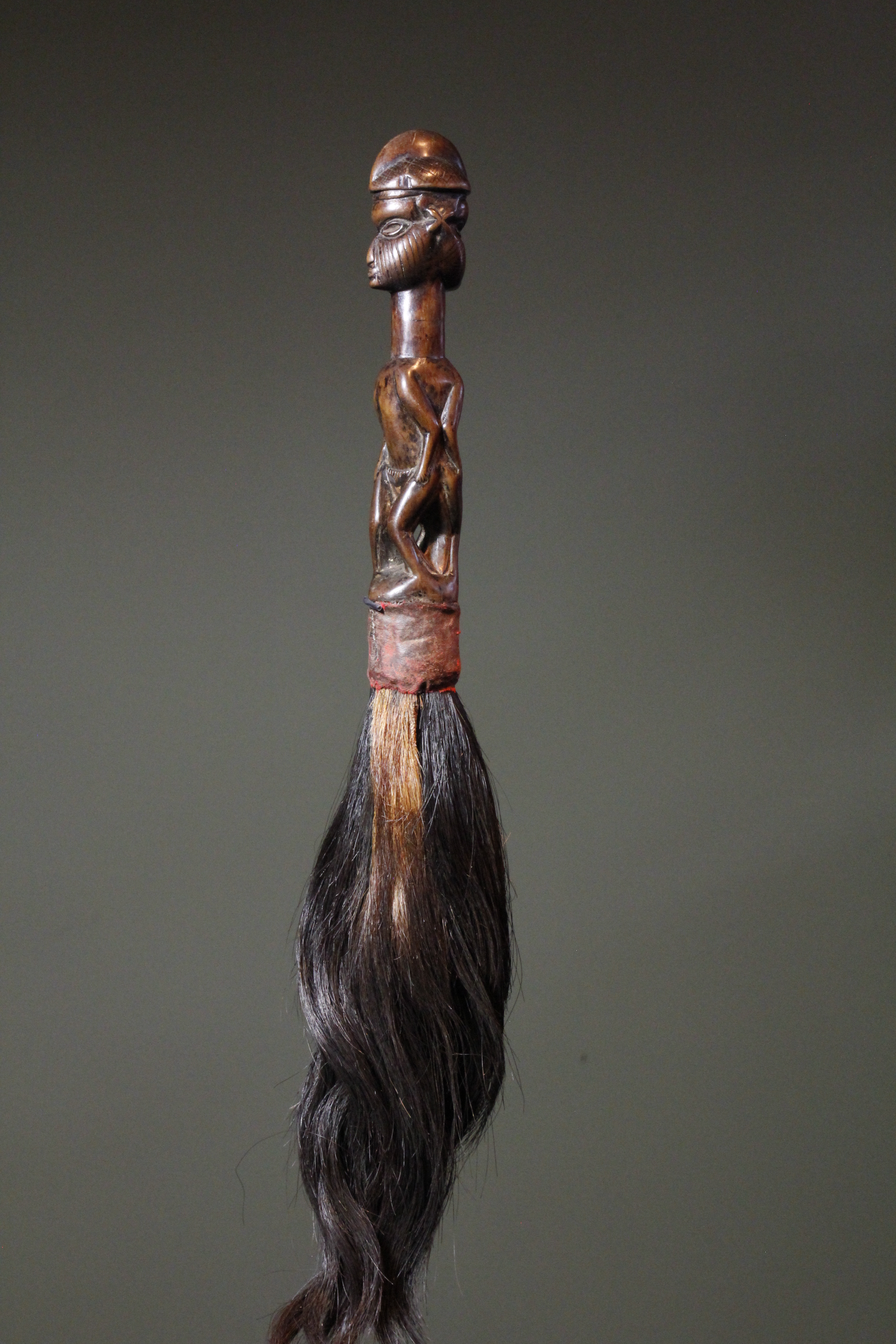 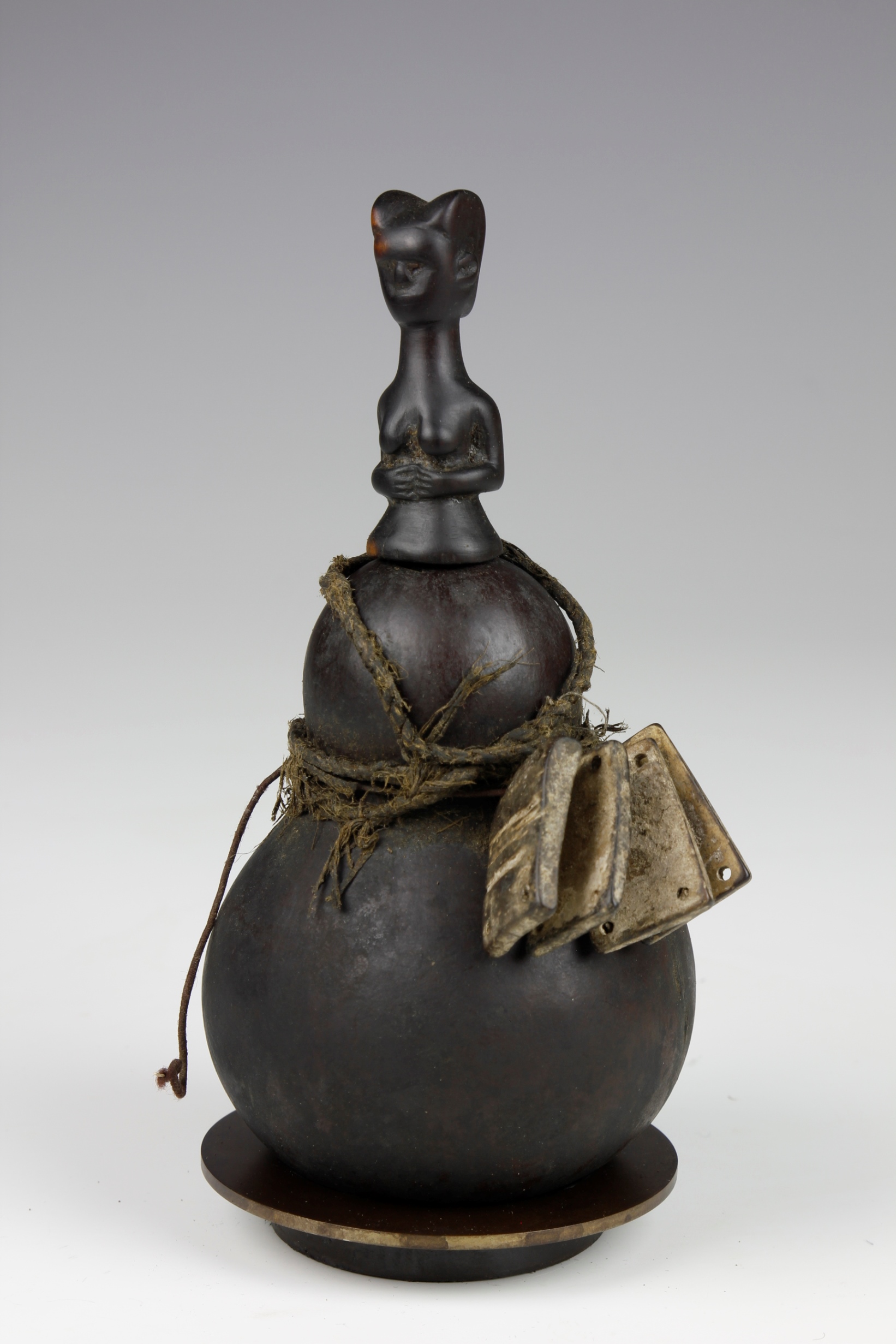