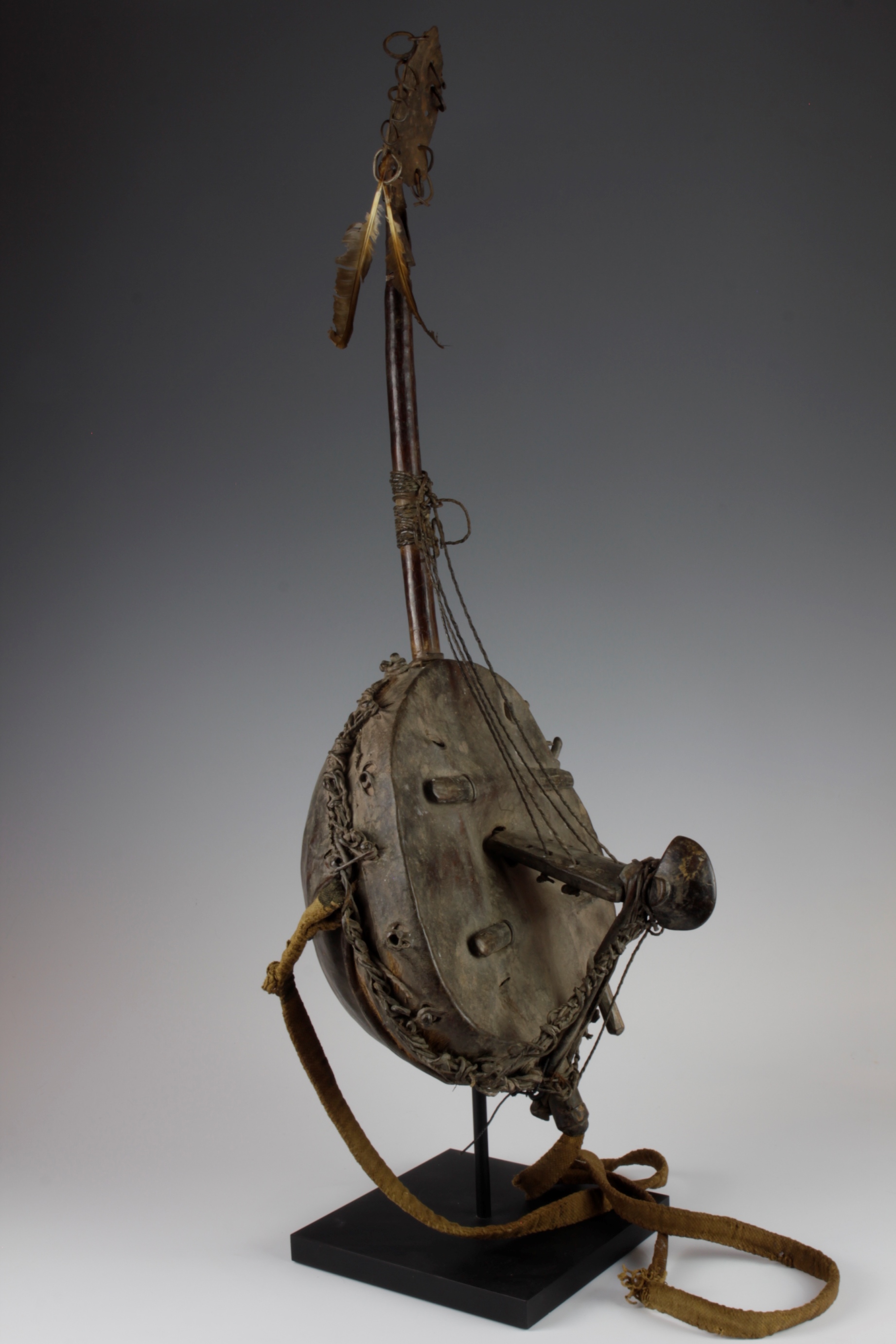 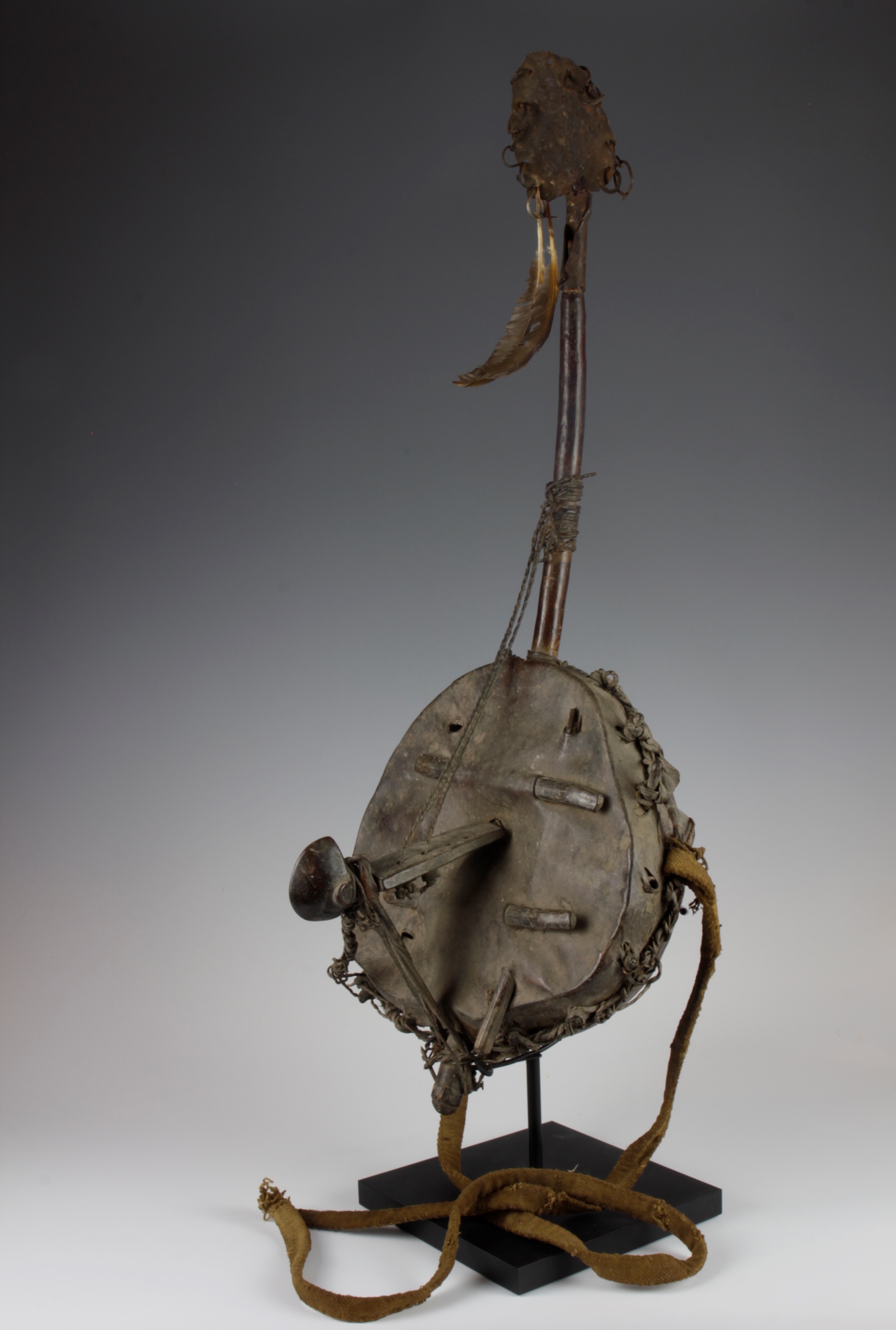 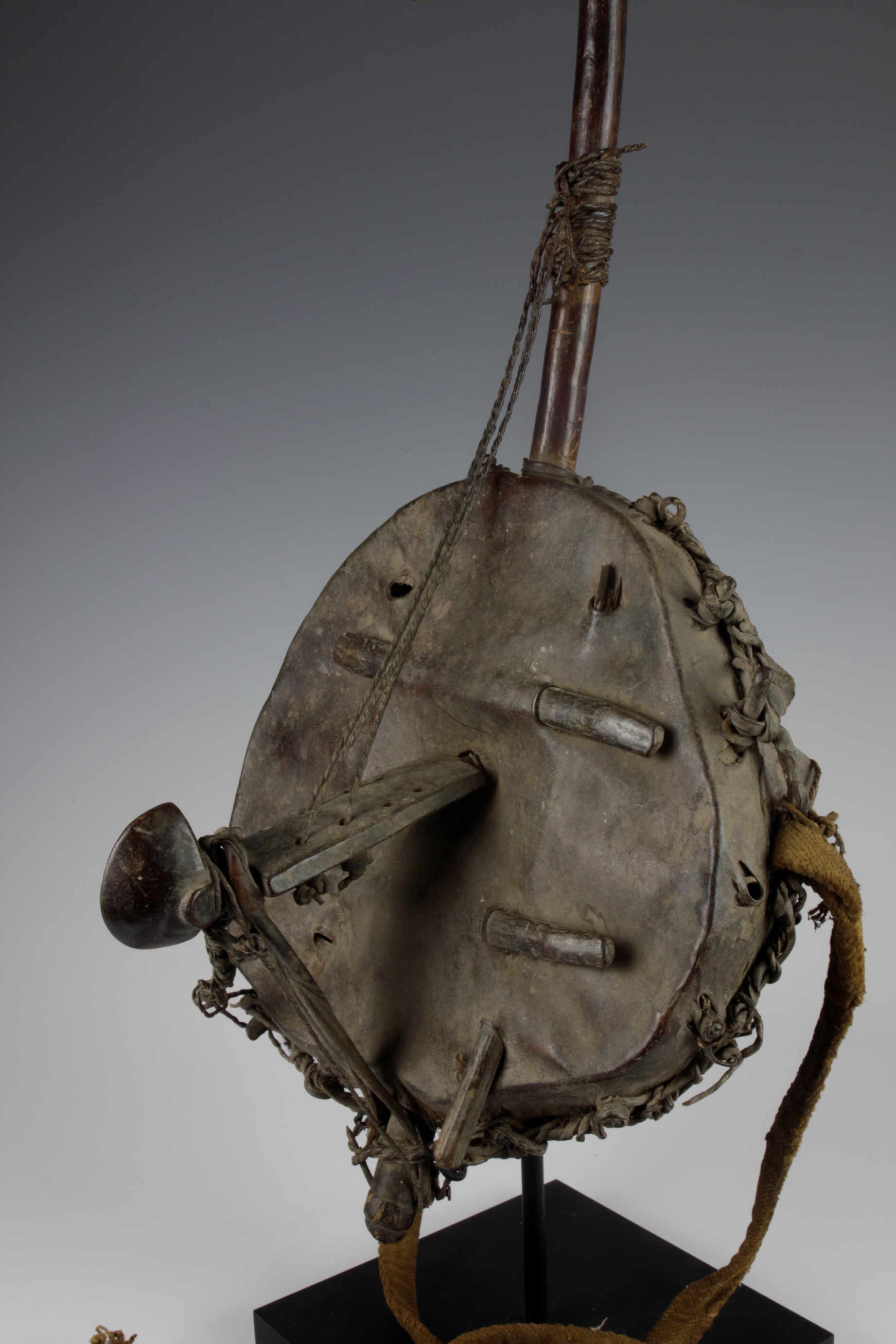 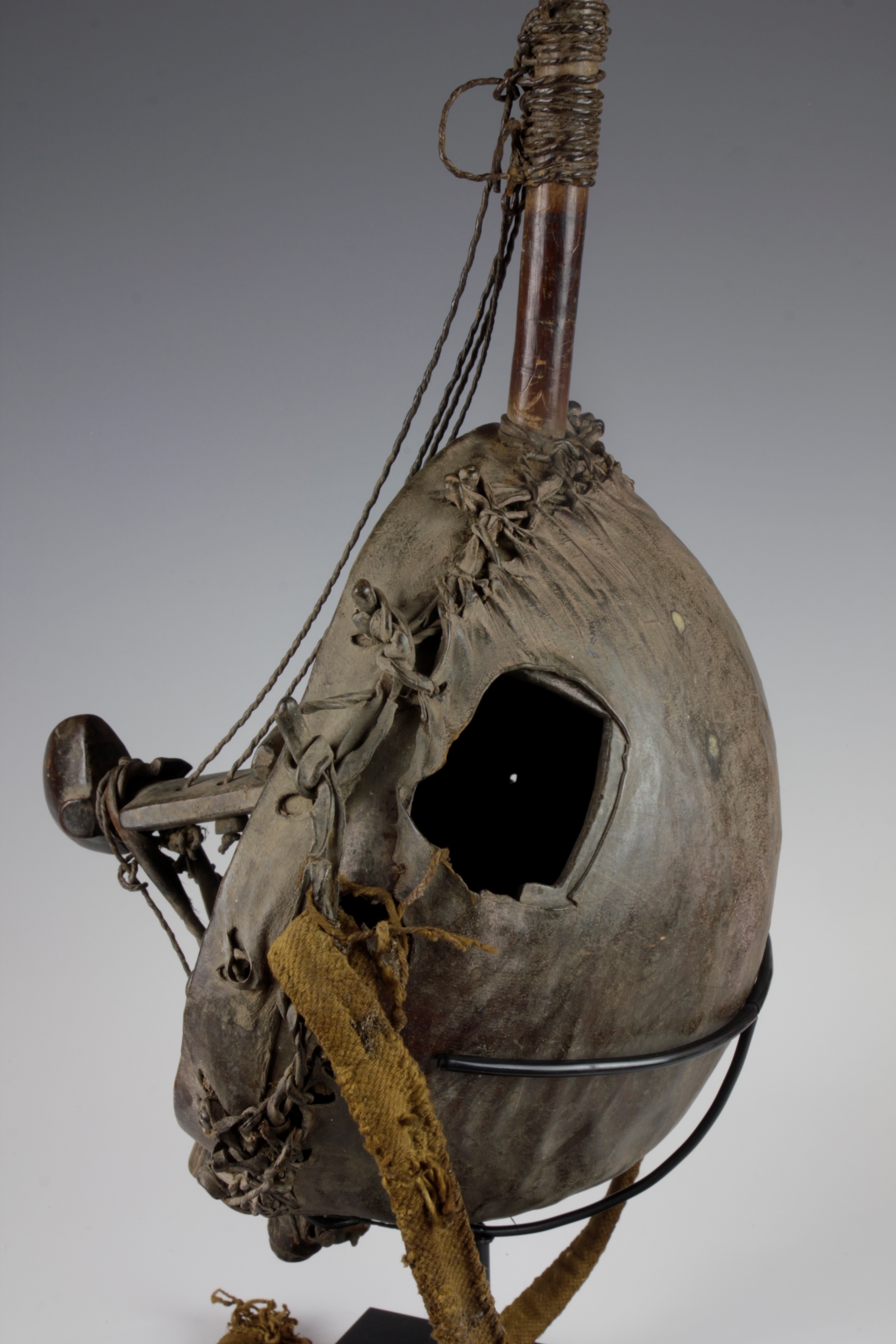 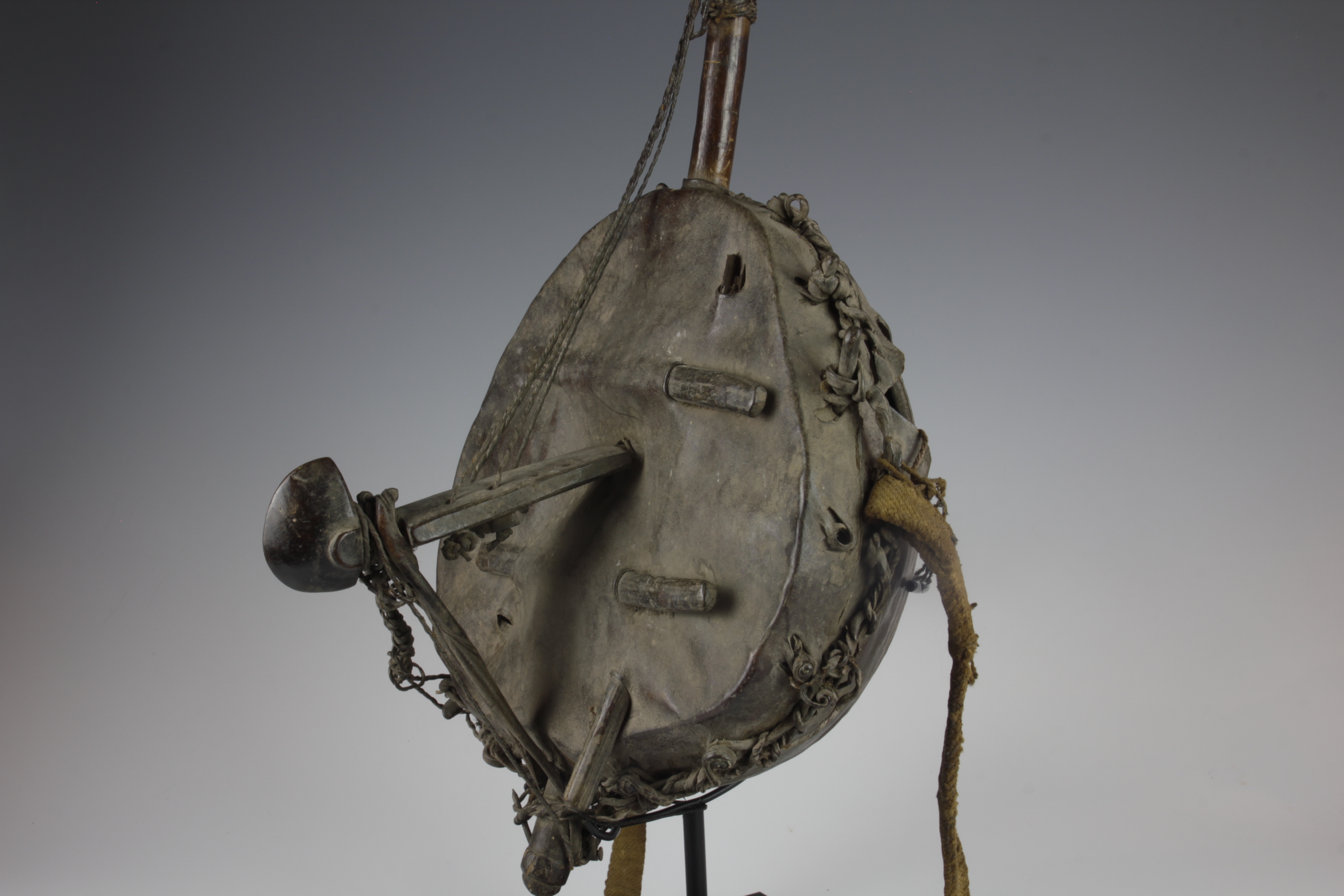 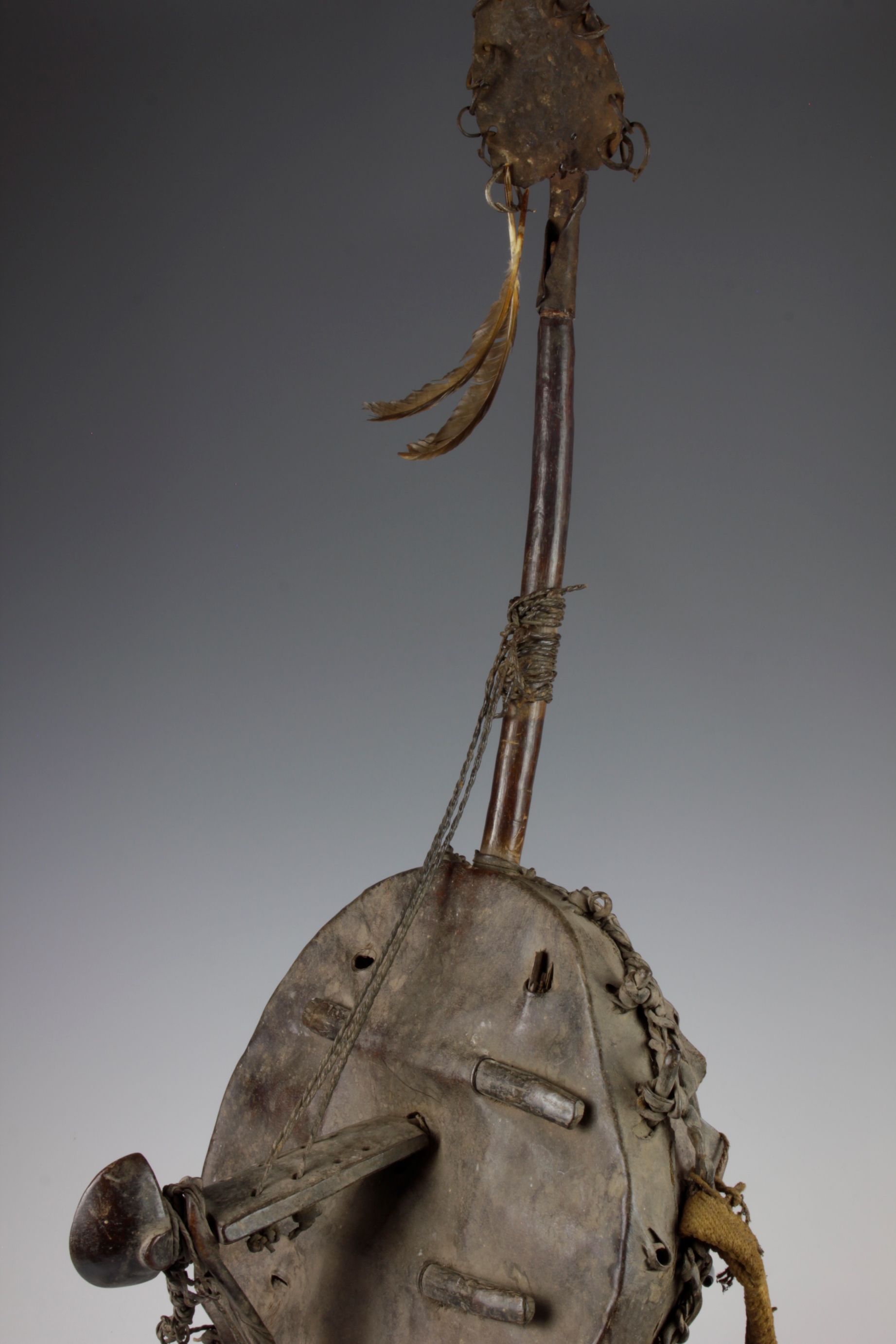 This early example of a Senufo bridge-harp (Korikaariye) would have played a central role in divinations. The instrument features a long, slightly curved wooden neck which exhibits a deep, glossy surface patina. A series of ringed metal attachments, affixed to the spade-shaped tip of the neck, would have rattled together when the instrument was played, providing an accompanying percussive sound.

The strings of the instrument, made from twisted leather, pass through a floating figural bridge. The carved abstracted female form, crowned with a pronounced crested coiffure, represents a primordial mother image. She rises out from the gourd resonator, which has been covered with animal hide. The strings are aligned with the figure's belly - a stringing technique found along Africa's west coast.

The music of the Korikaariye would have been used by Senufo diviners to summon and seduce spirit entities - helping to achieve a state of extrasensory transcendence. 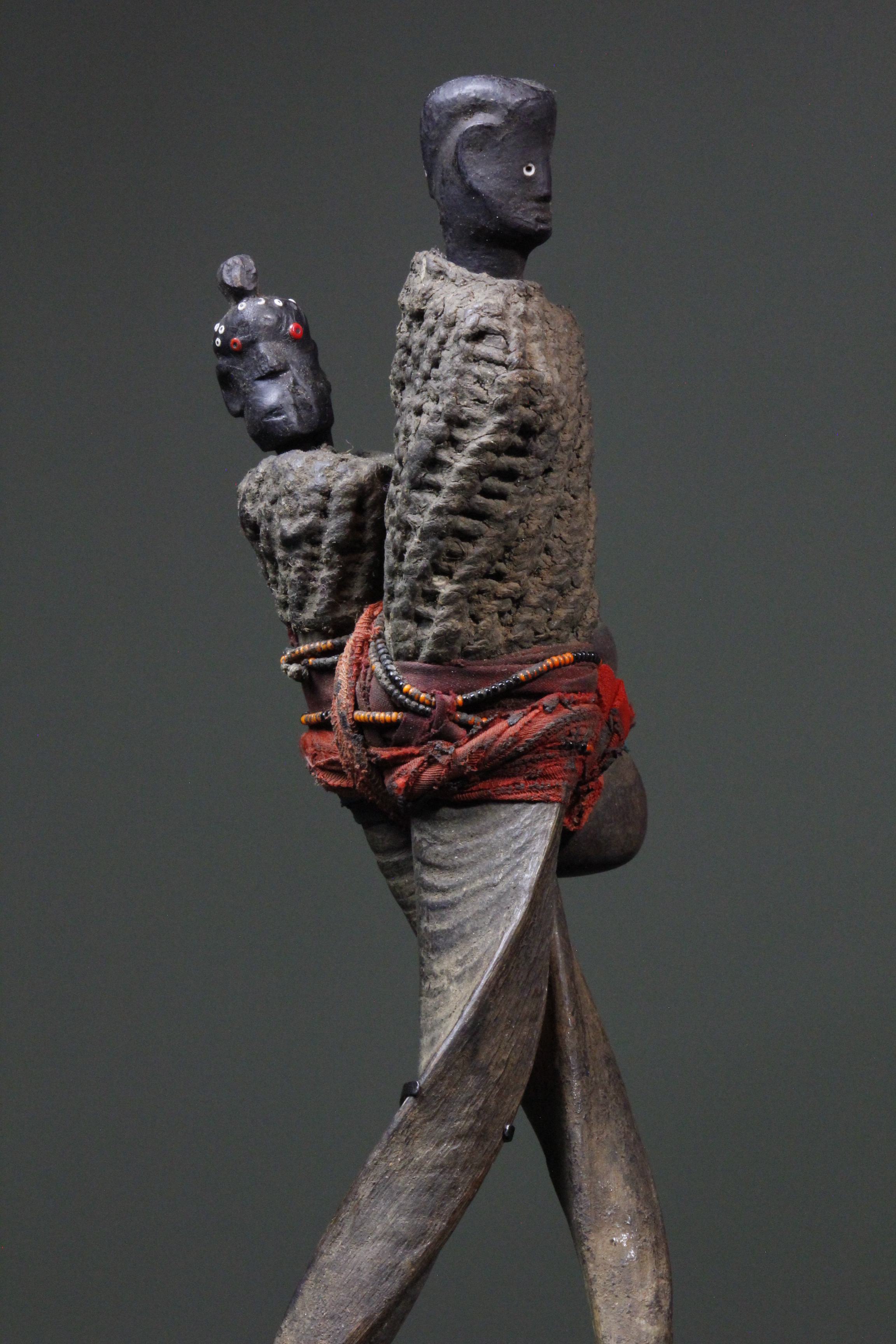 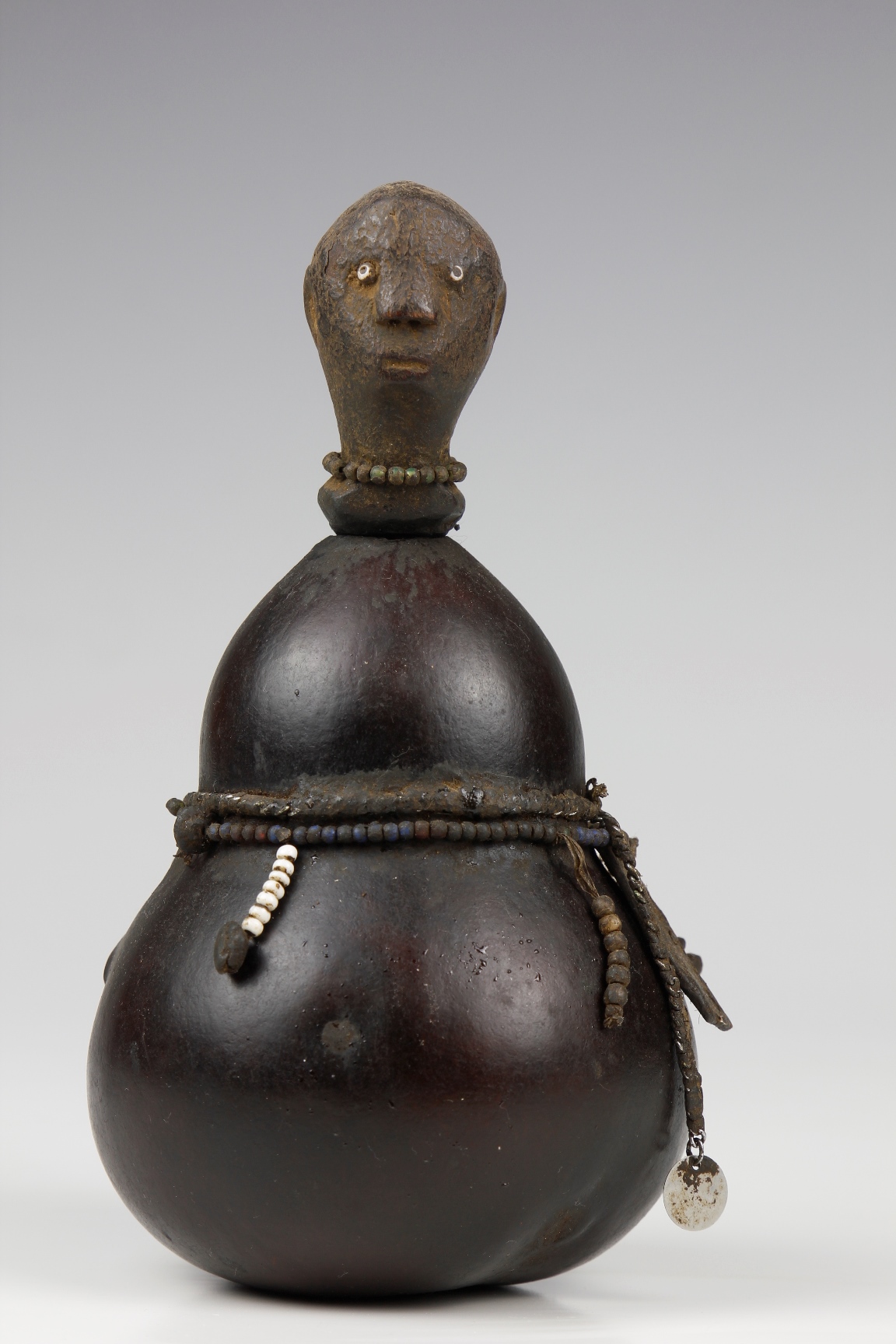 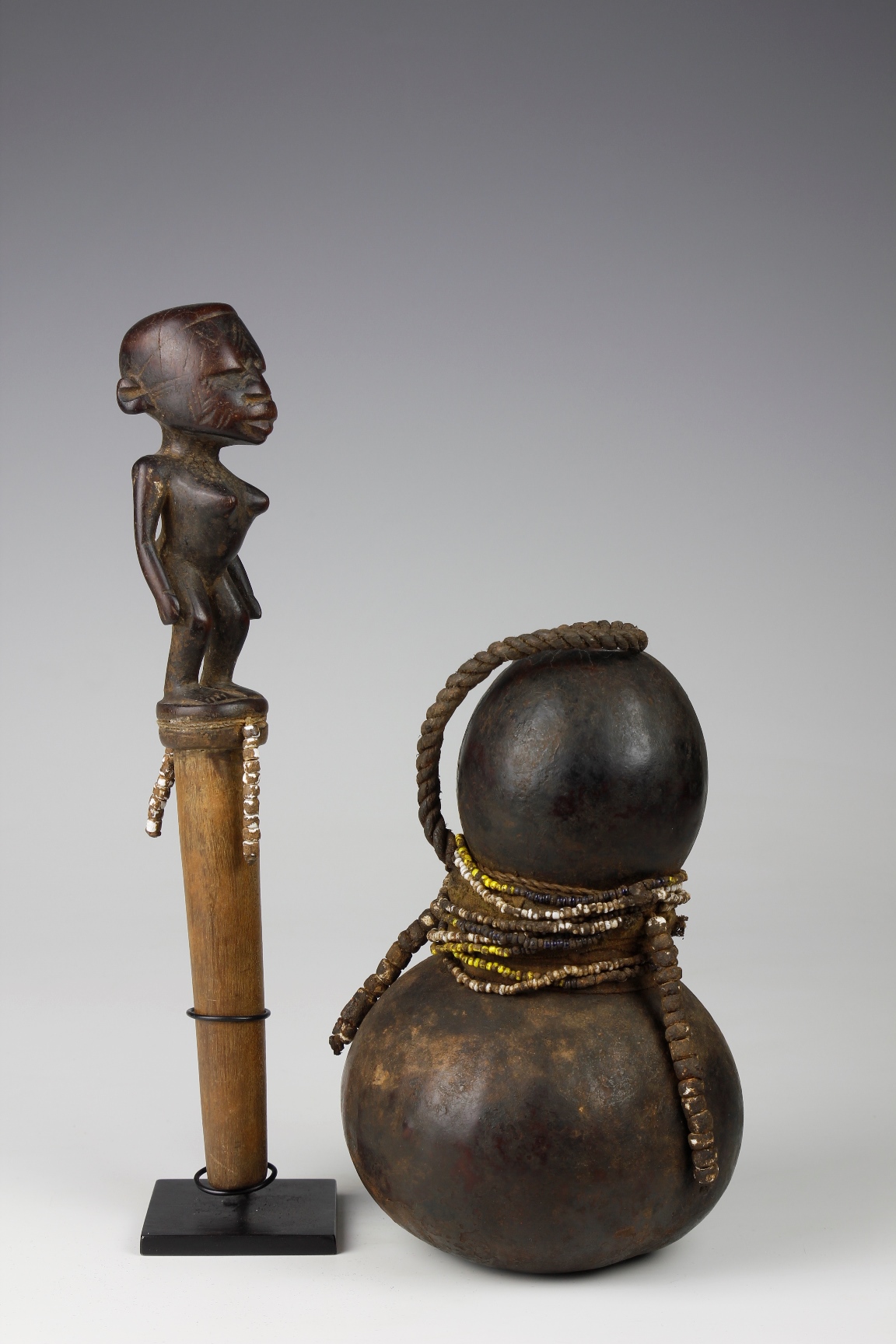