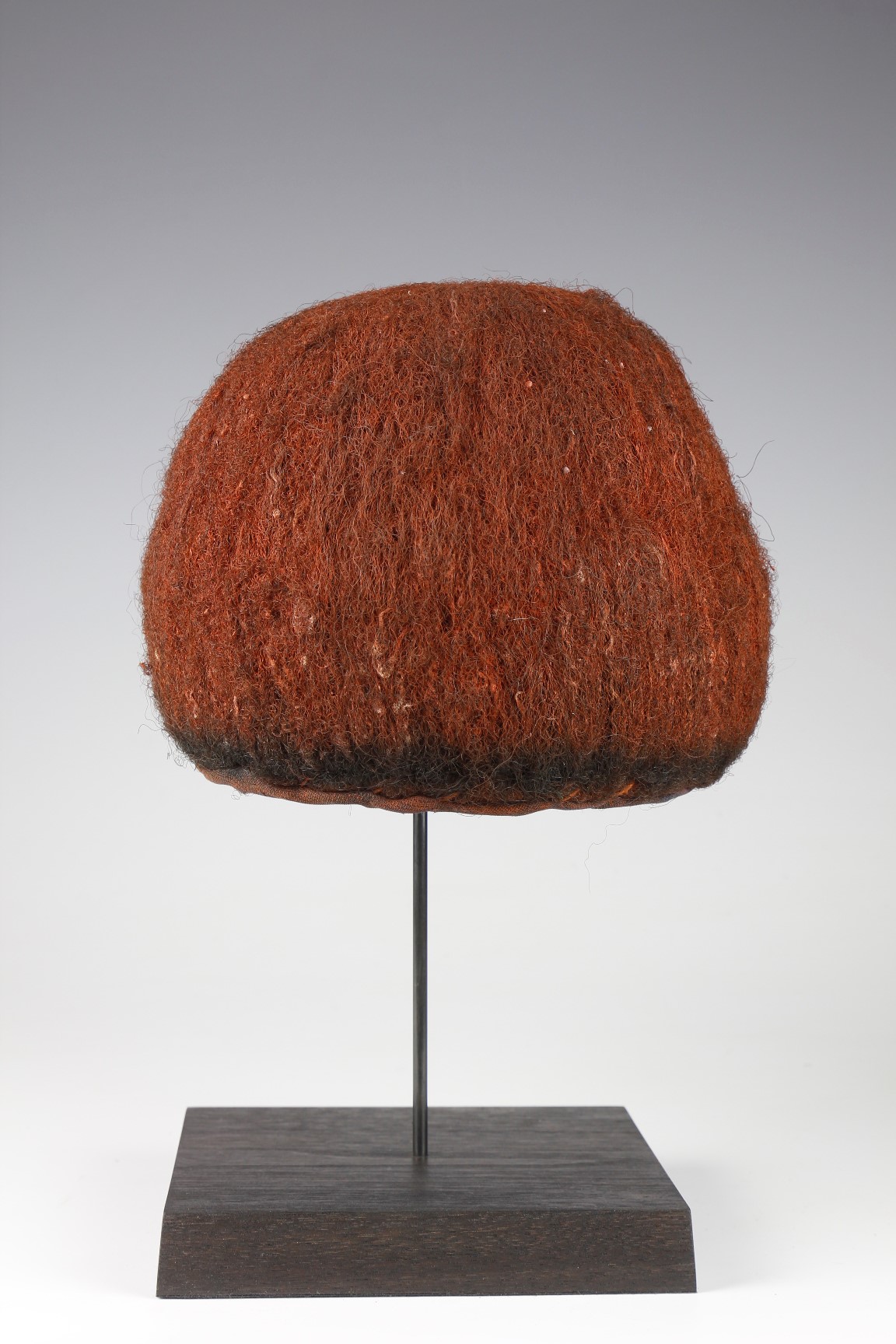 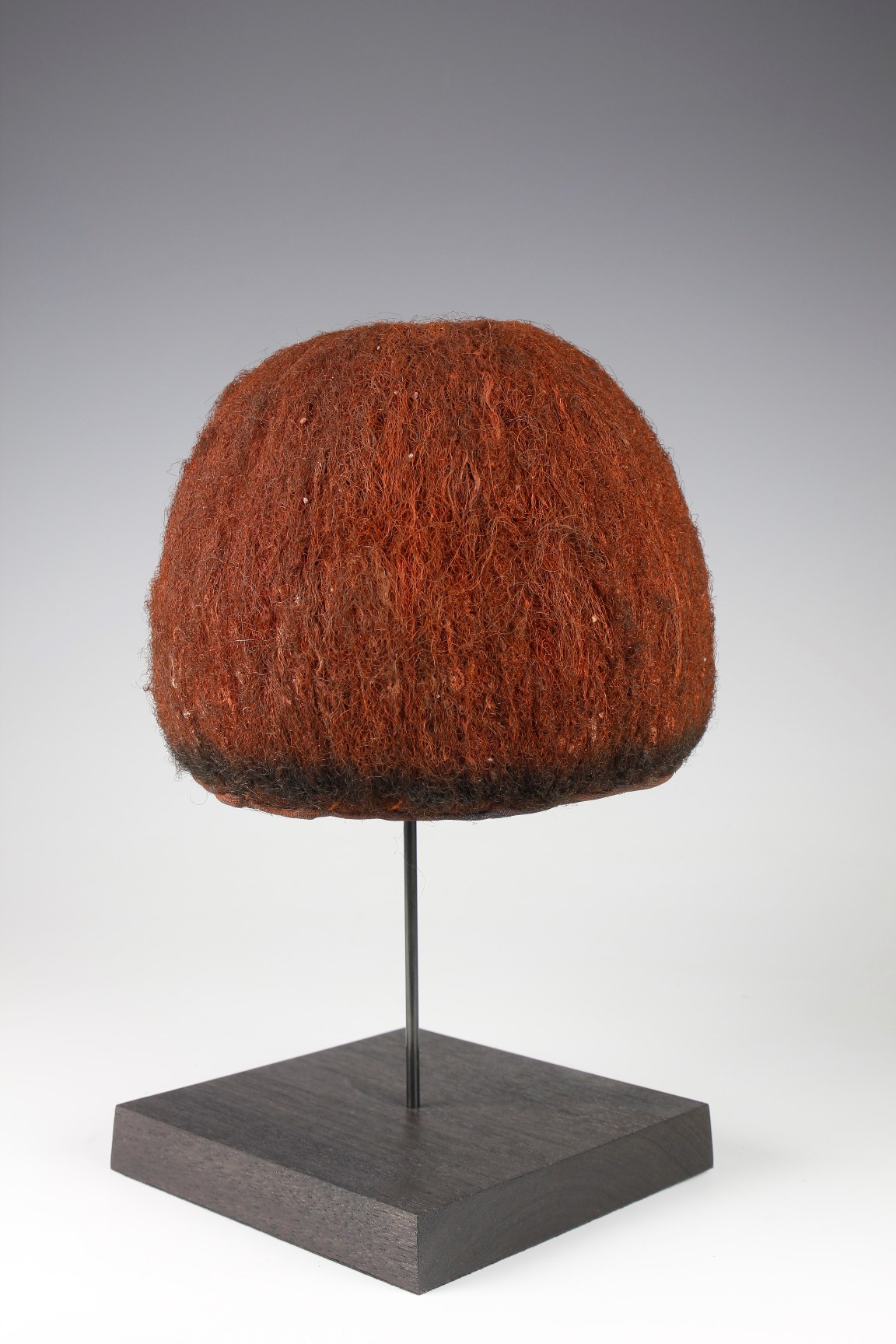 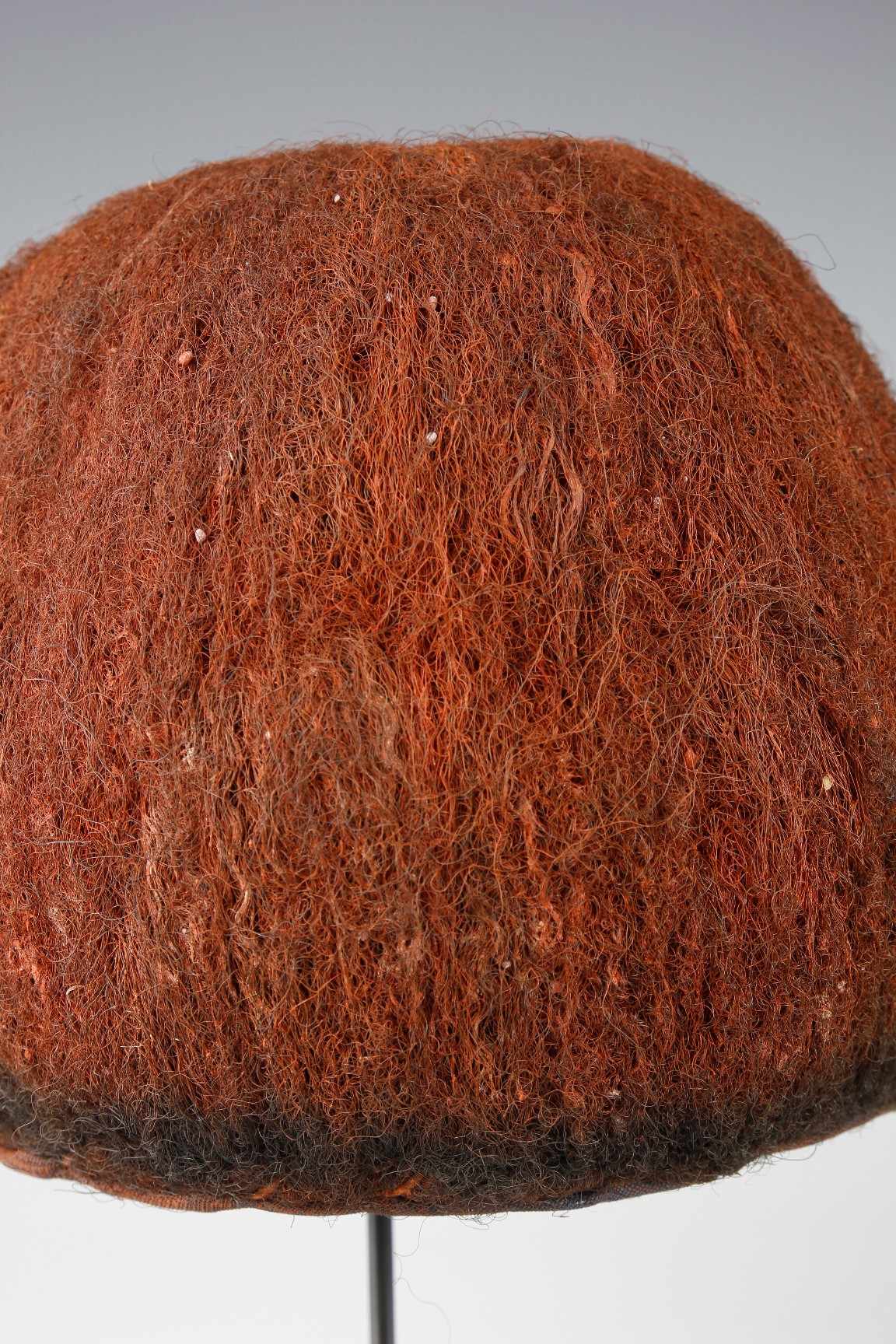 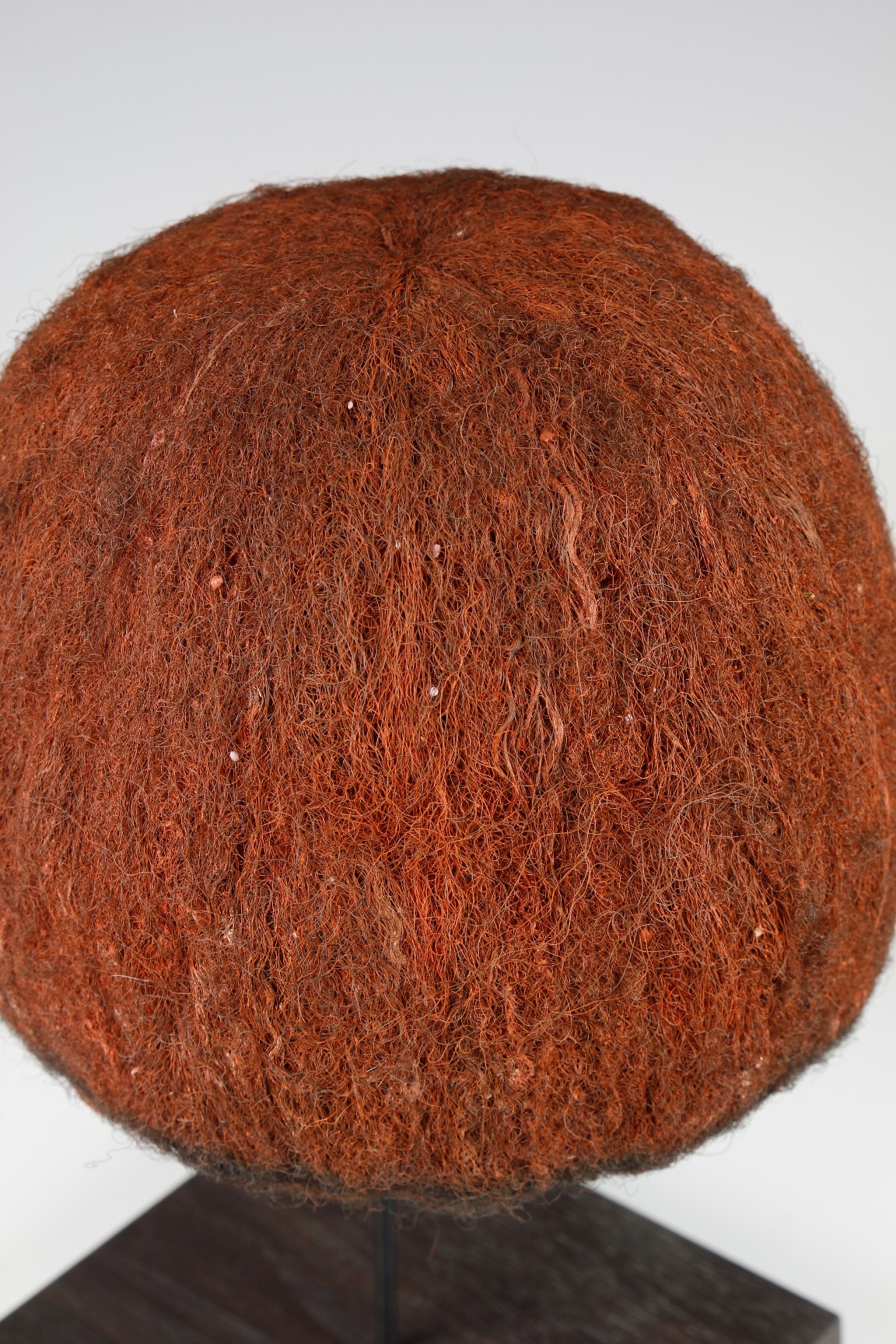 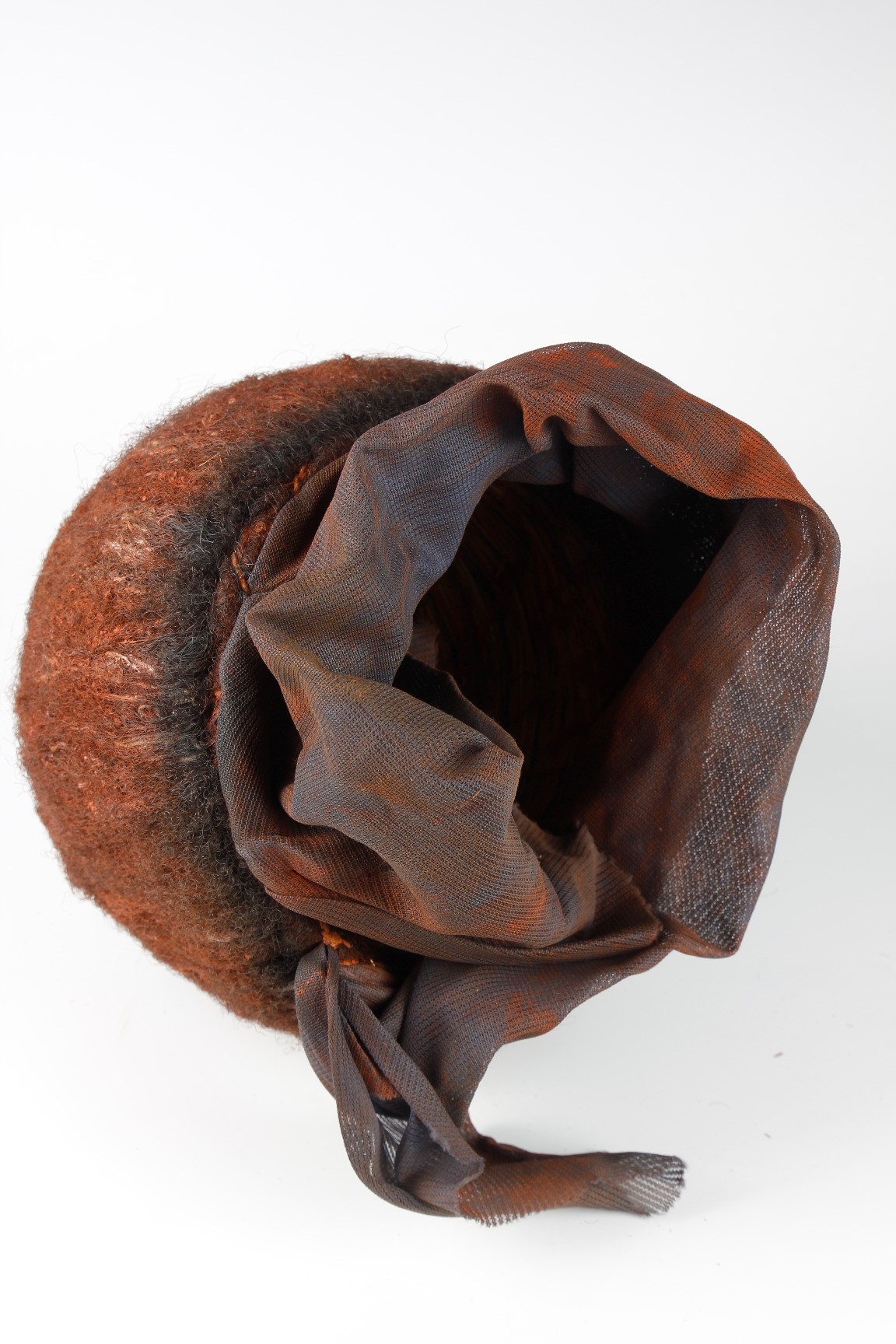 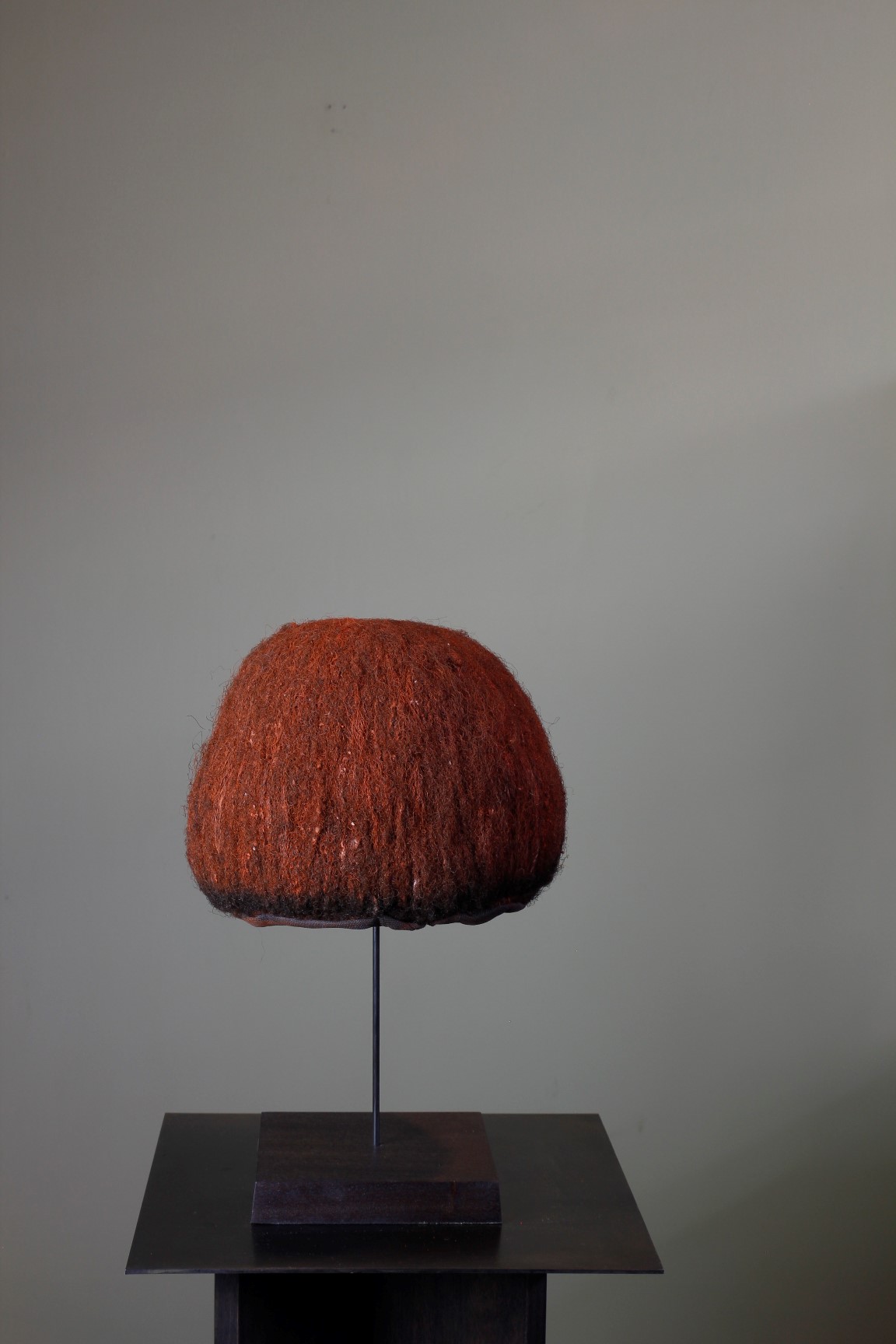 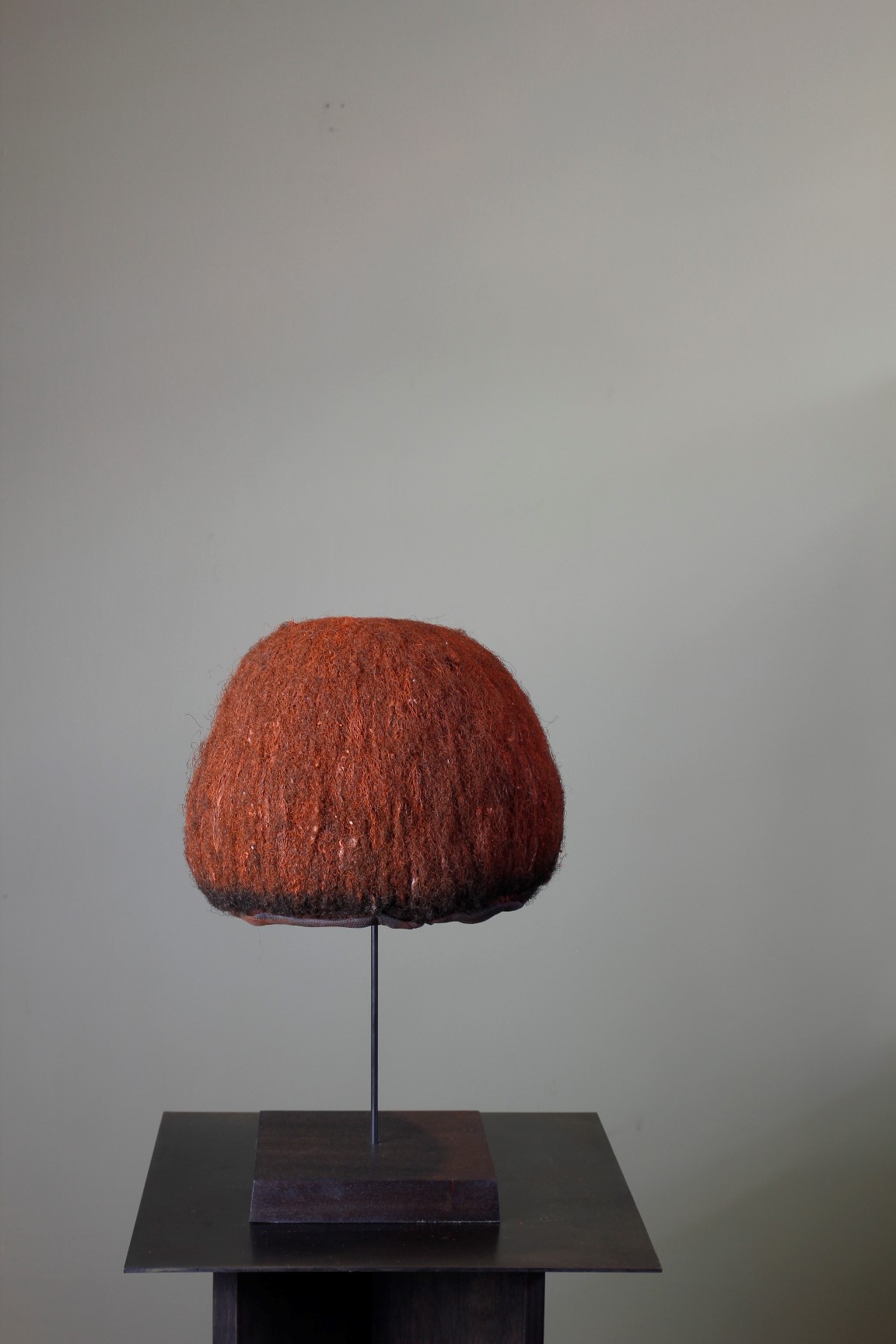 This woman's hat, constructed from hair dyed with vibrant red ochre, is an extension and development of a historical, traditional hairstyle worn by married Zulu women in the late nineteenth century. This distinctive cone-shaped traditional coiffure was shaped into place with mud and coloured with red ochre pigments. At the turn of the last century, this hairstyle would morph into the removable isicholo hat – which, when worn on daily or ceremonial occasions, became a recognizable signifier of status.

The notion of identity – both unique and shared – is an integral part of the visual arts of Southern Africa, where peoples and cultures have used visual objects to assert their sense of self and belonging. As a headpiece worn by married Zulu women, the isicholo is an assertion of social standing and visual emblem of married status.

University of Iowa Stanley Museum of Art (2017) ‘Symbols of Self: Art and Identity in Southern Africa’ [Exhibition Catalogue], p.3, 13

The Art Institute of Chicago