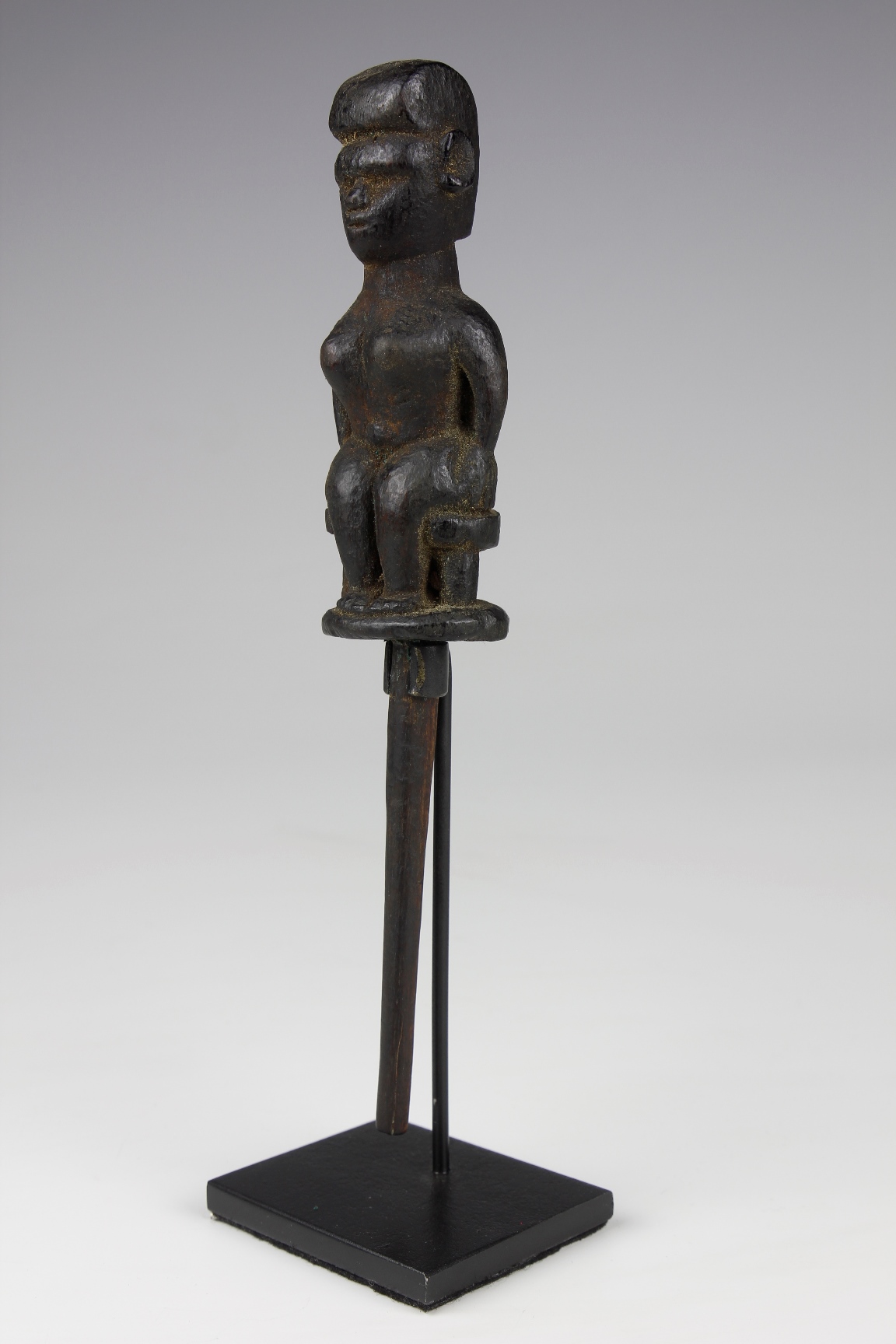 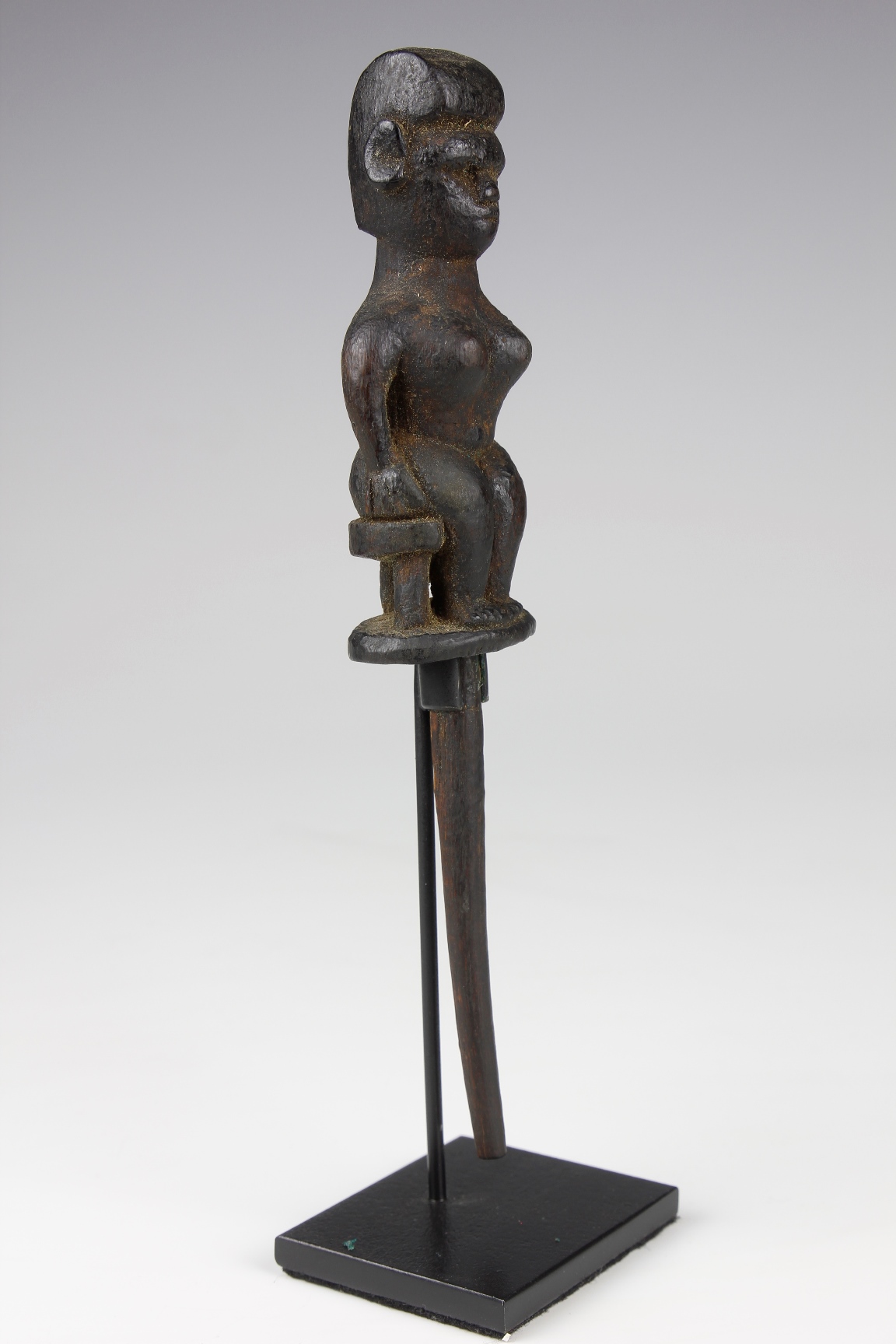 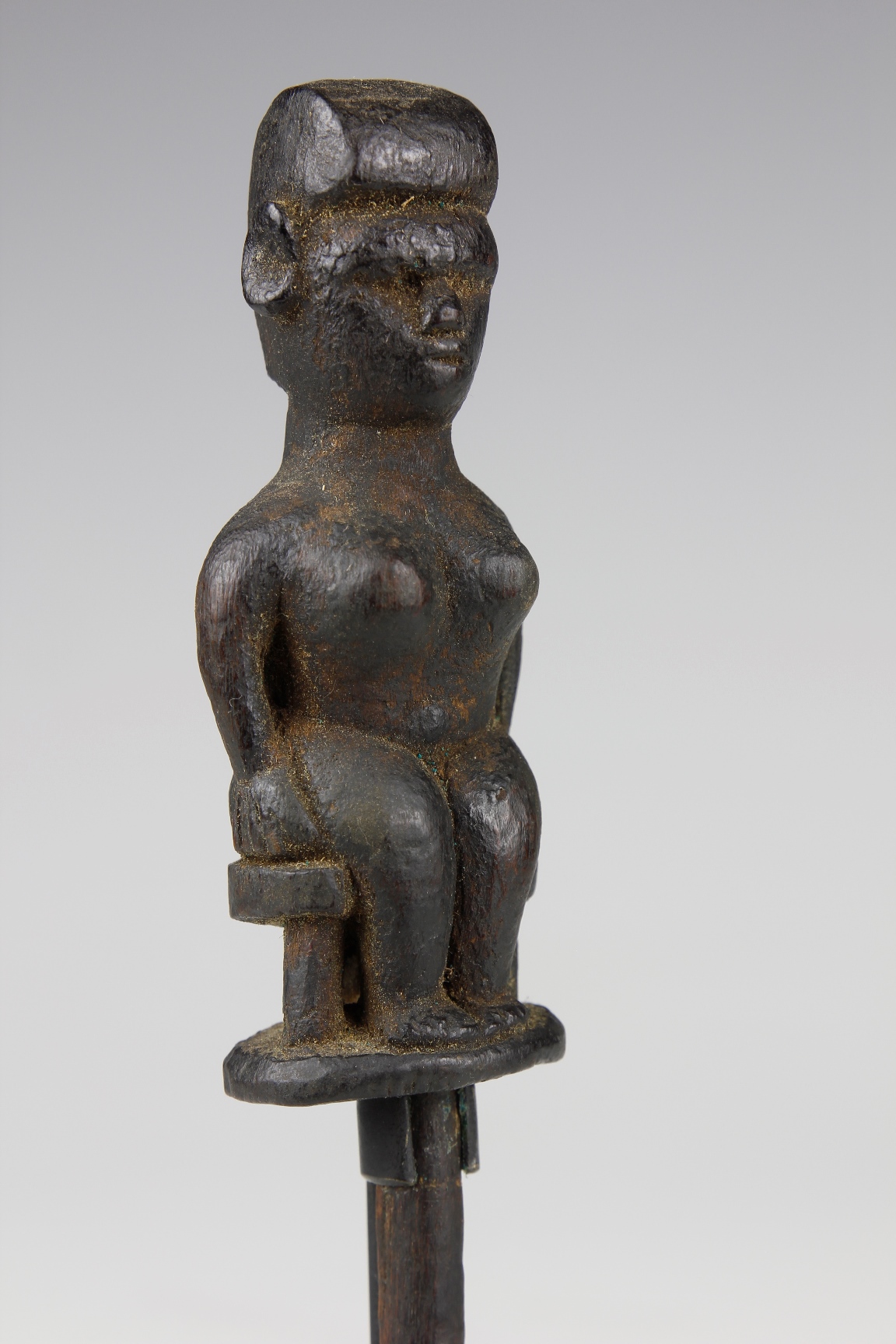 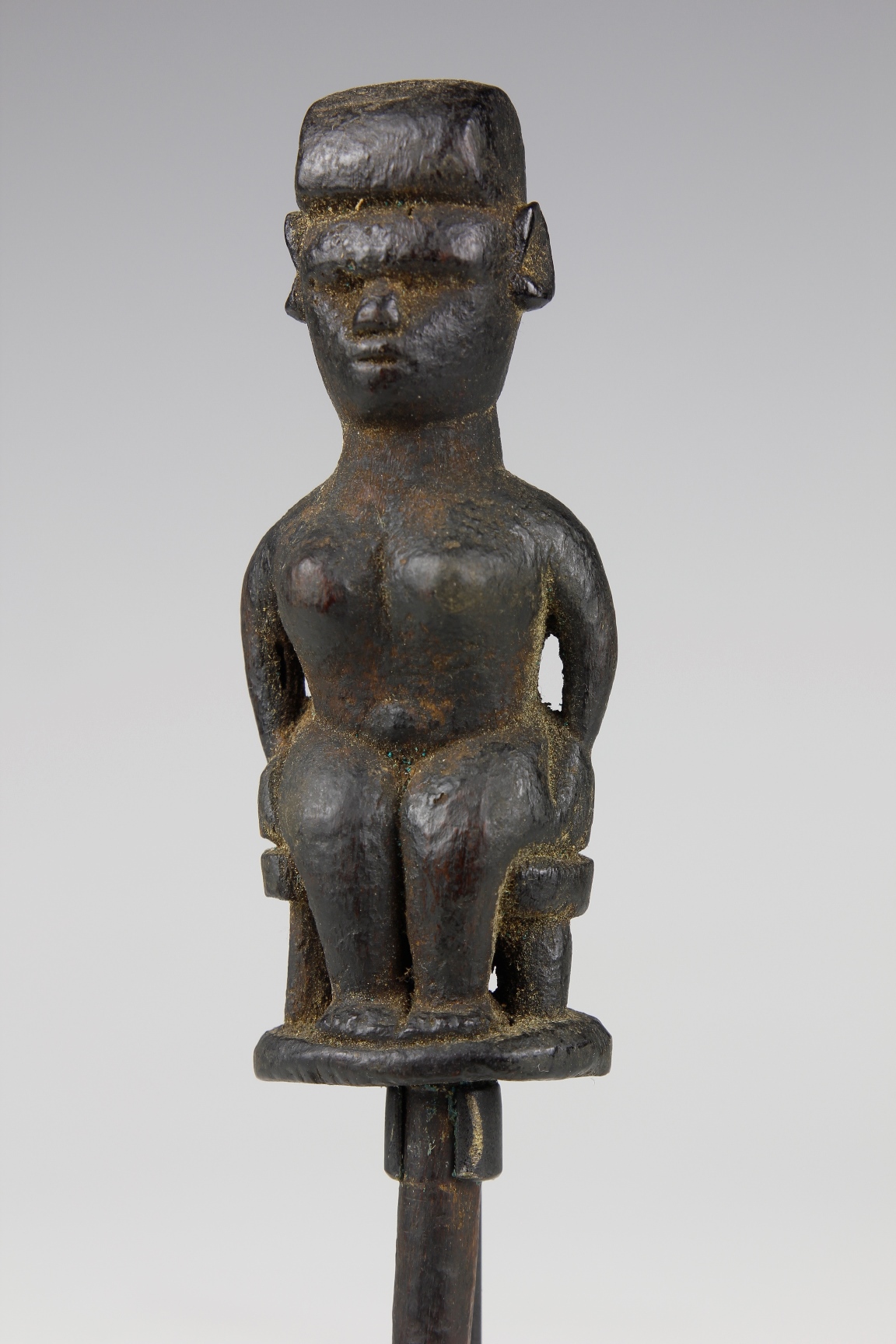 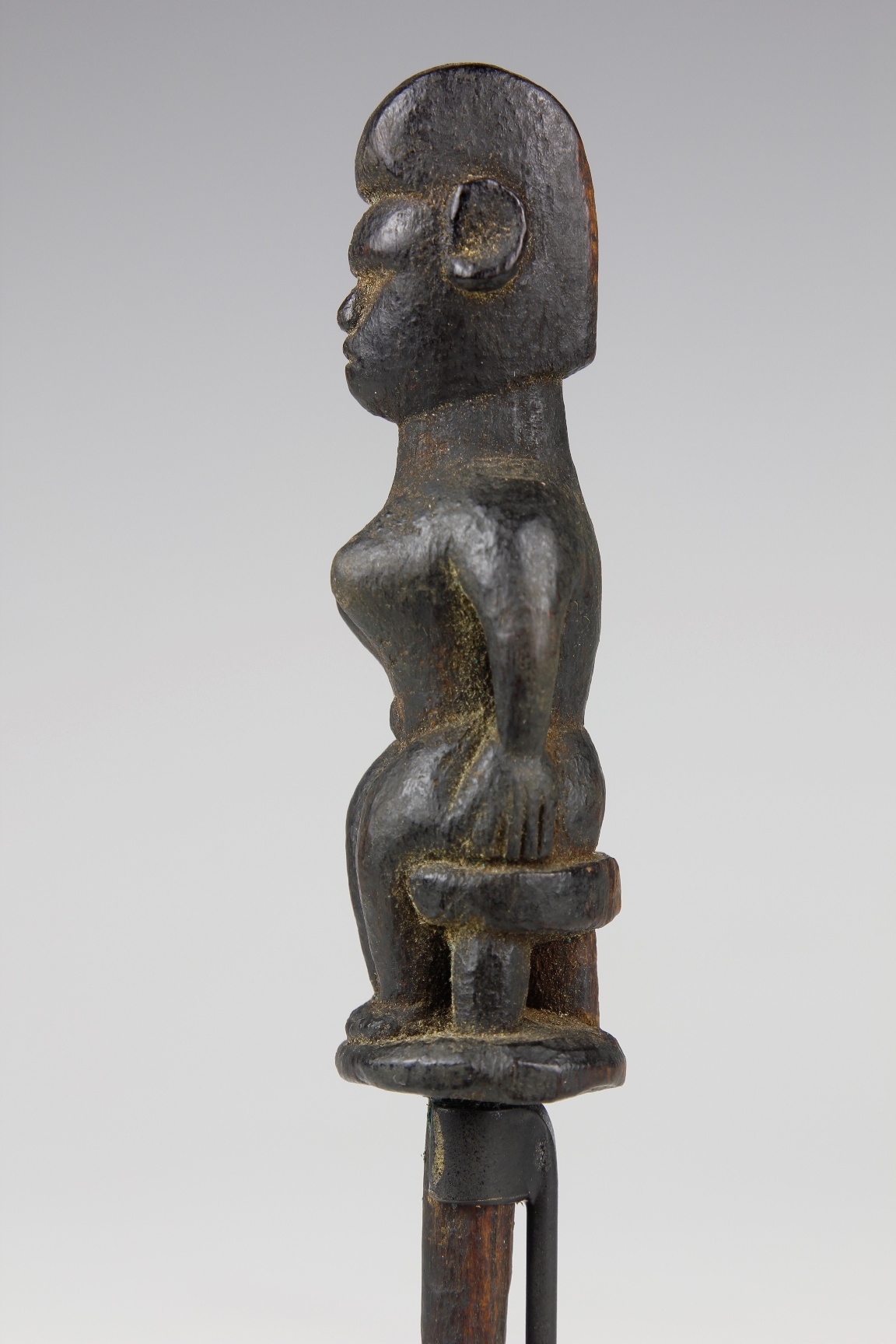 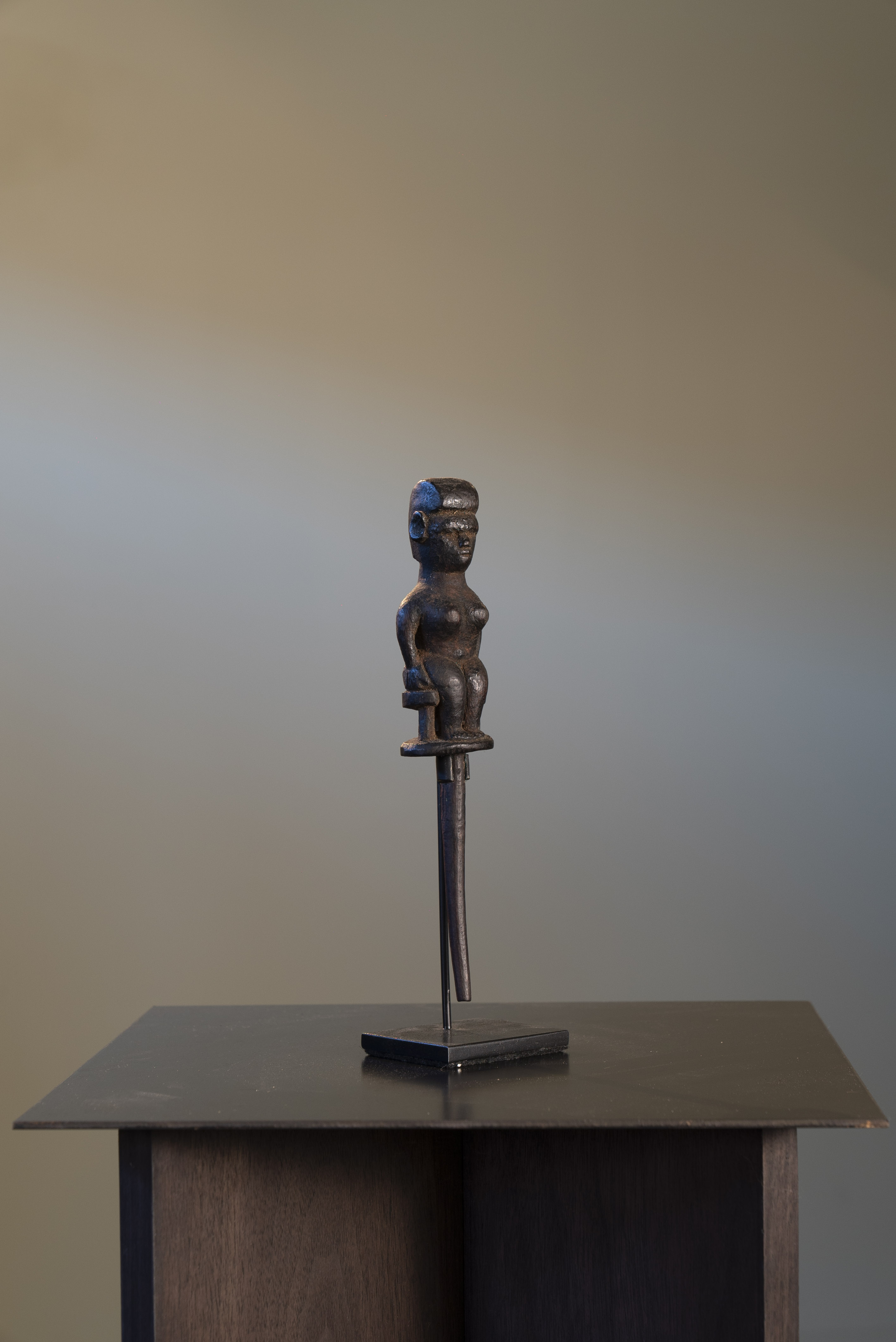 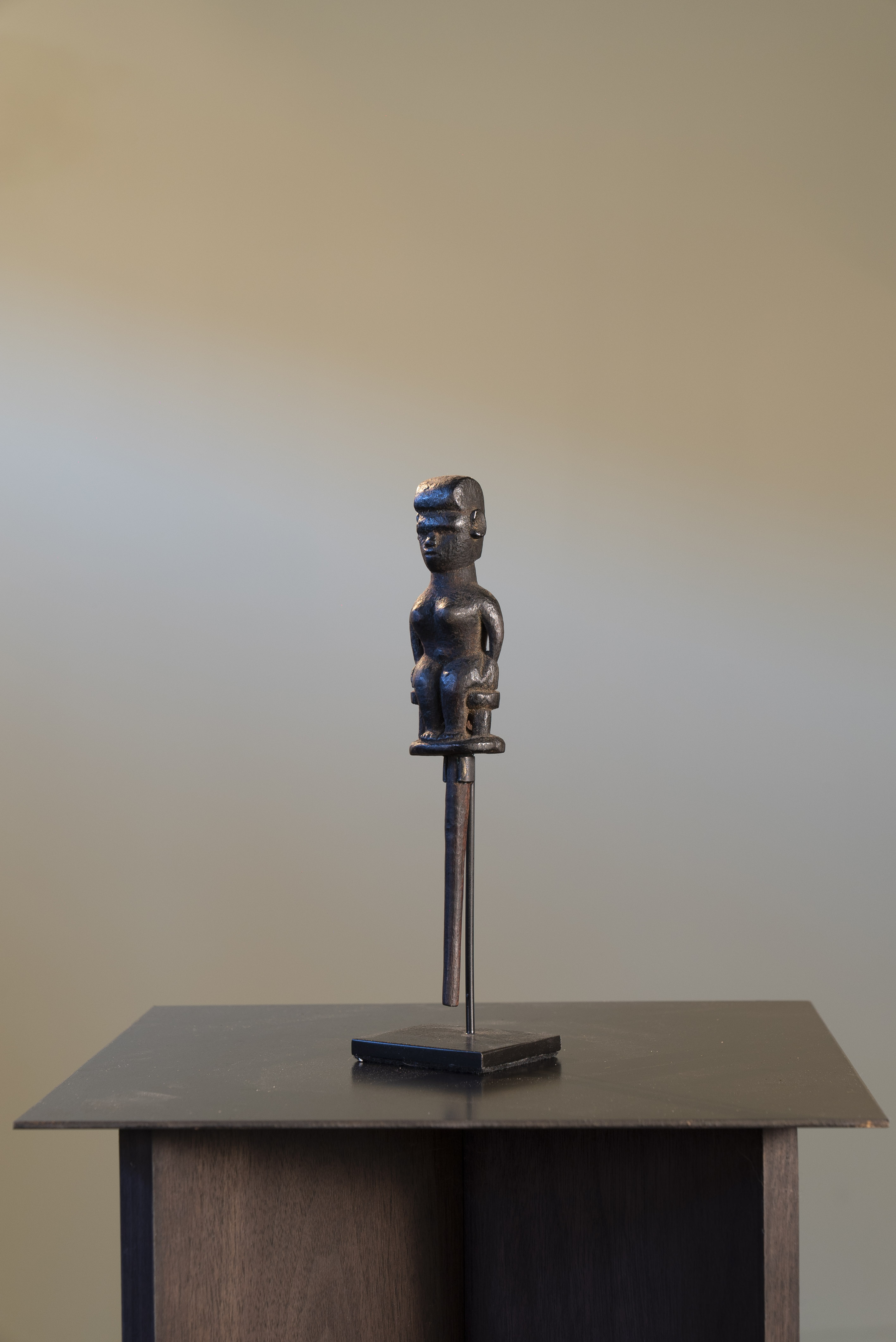 Originally used as a stopper for a calabash medicine container, the surface of the stopper exhibits an oily and worn patina. The carved wooden stopper depicts a female figure sitting in an upright stance on a small stool, with her arms resting by her sides. 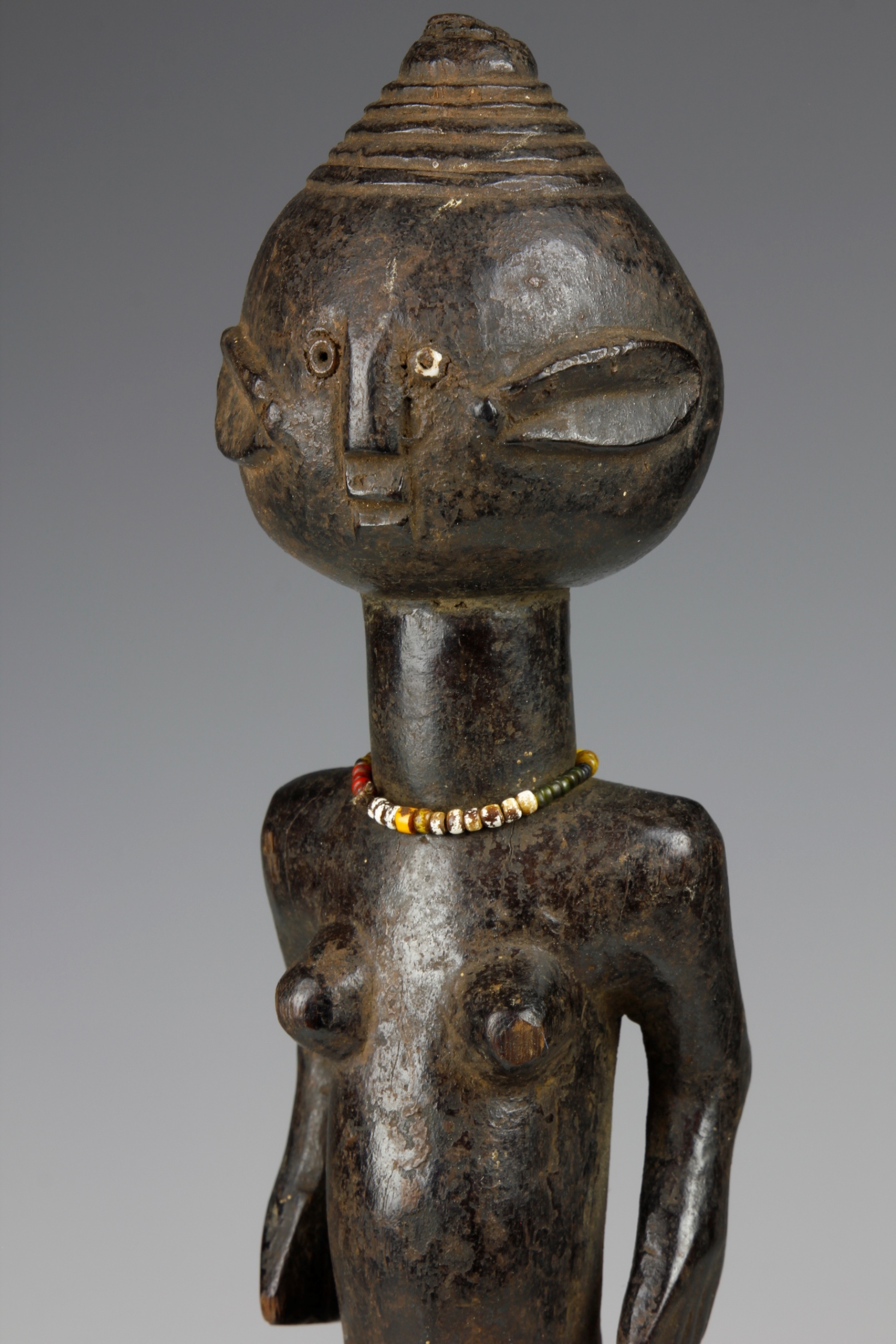 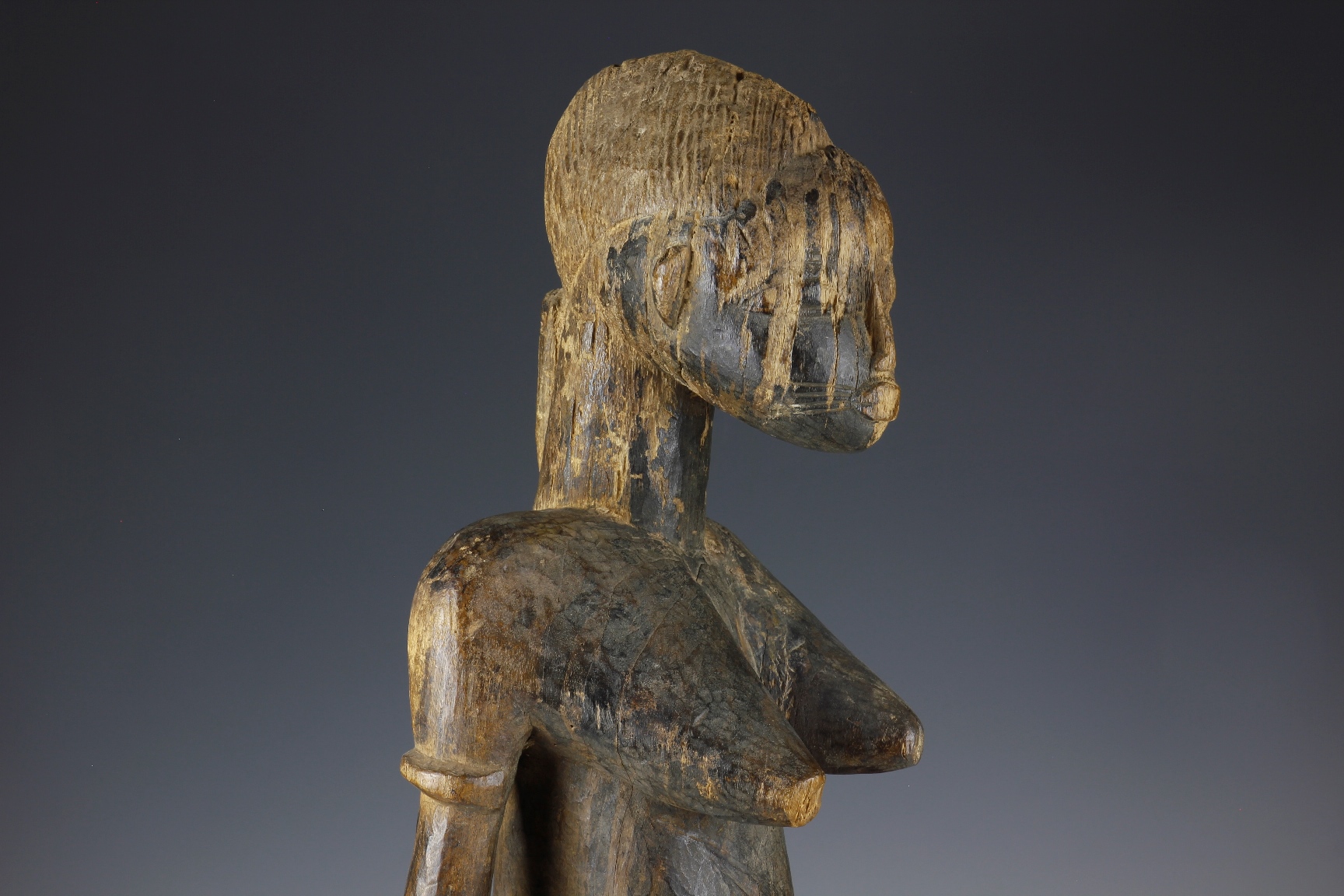