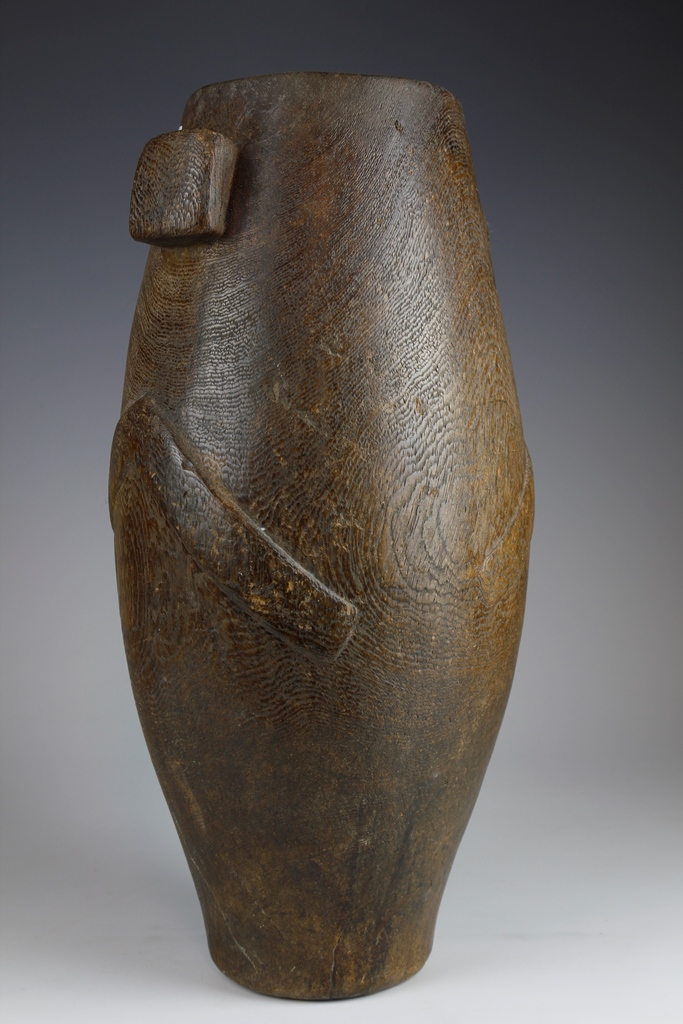 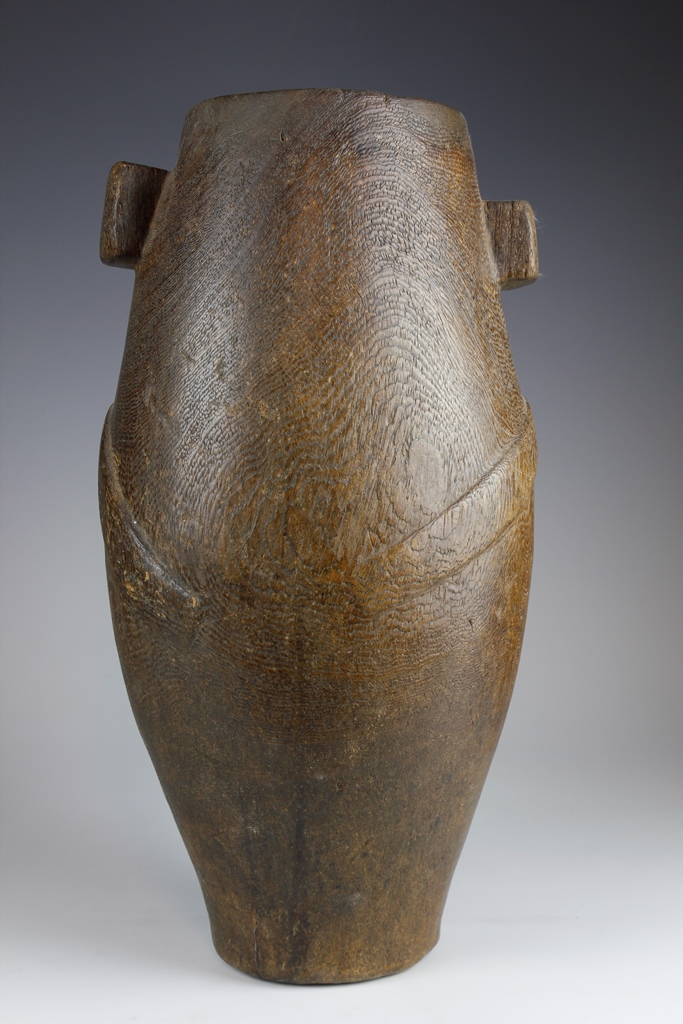 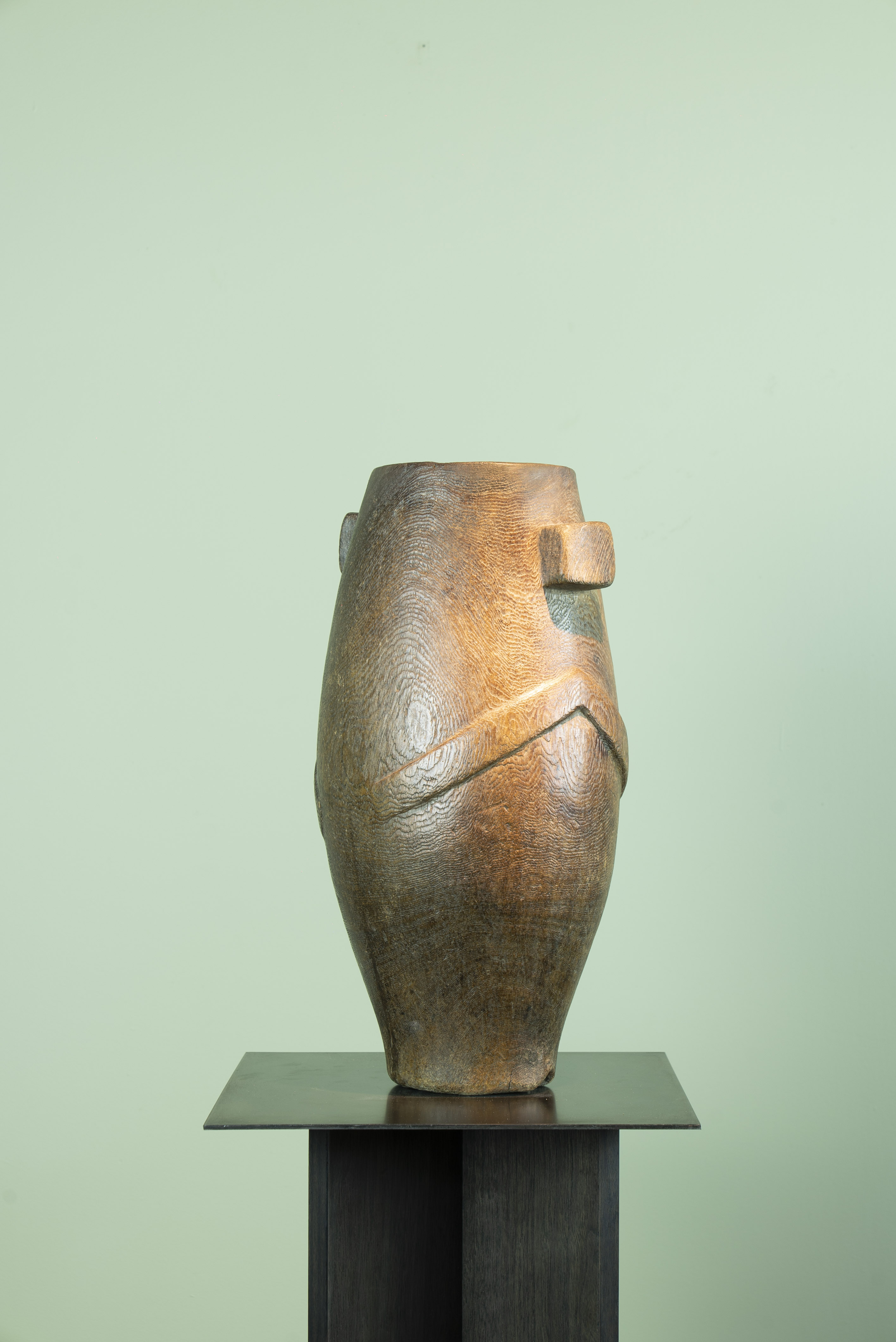 The Itungha is a tall narrow vessel used by the Zulu of Southern Africa as a milking pail. The carved wooden rectangular lugs on either side of the Ithunga serve as grips, and allow the vessel to be held in place. Two delicately conceived V-shaped relief decorations adorn the milk pail’s curved form.

This Ithunga exhibits a well-worn surface, with a beautiful honey-brown patina. 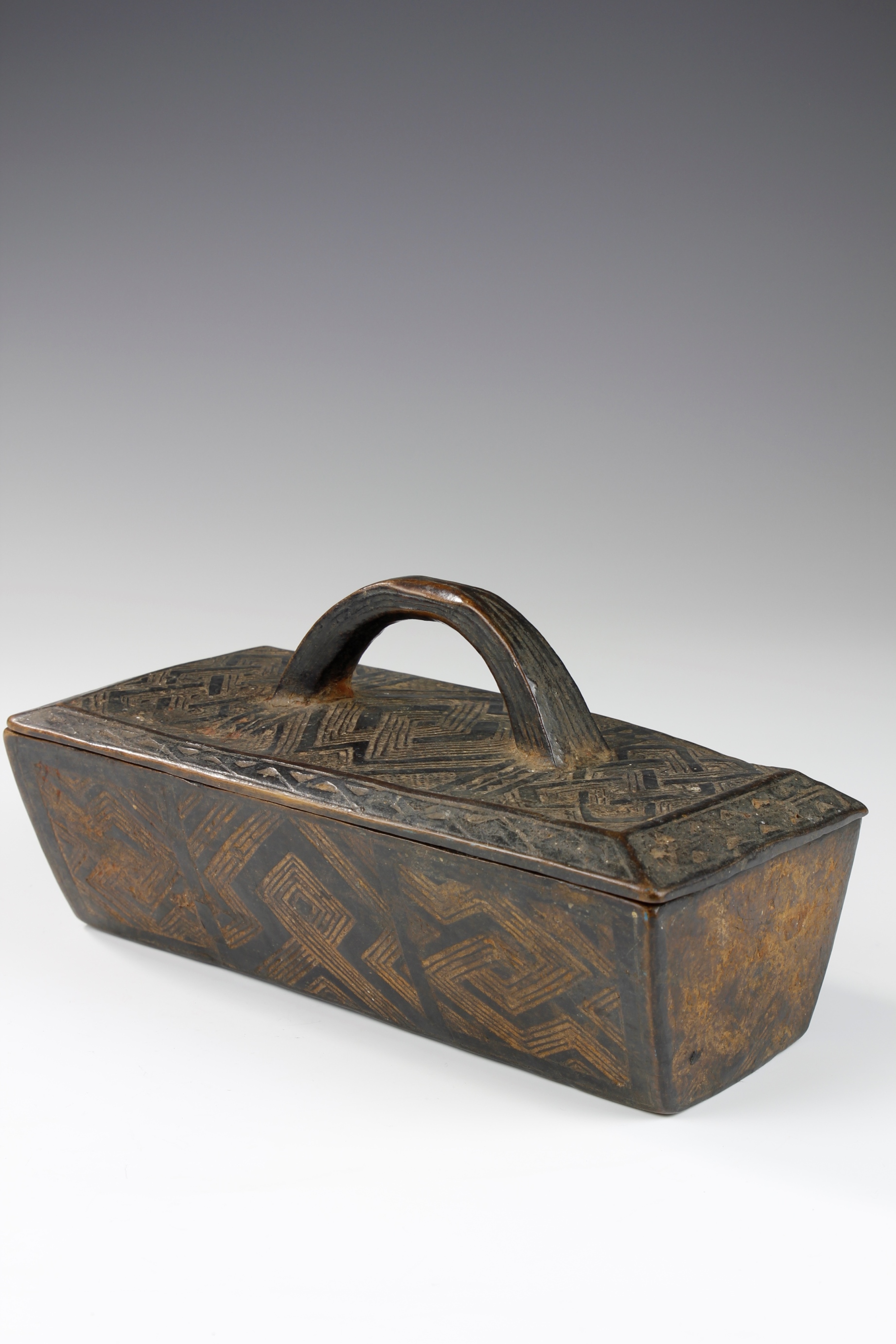 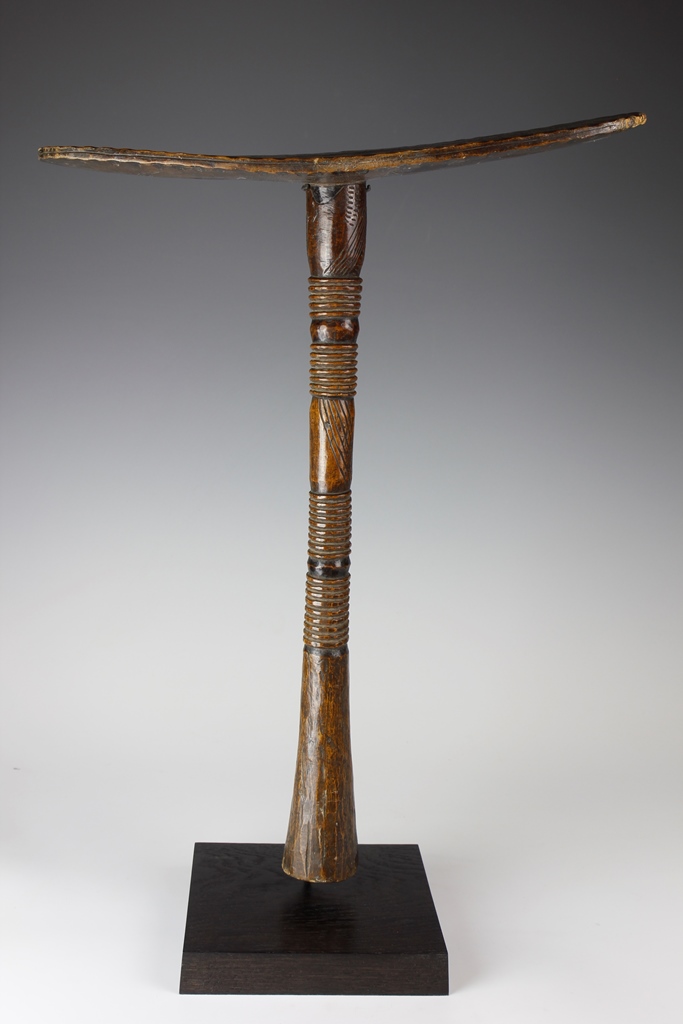